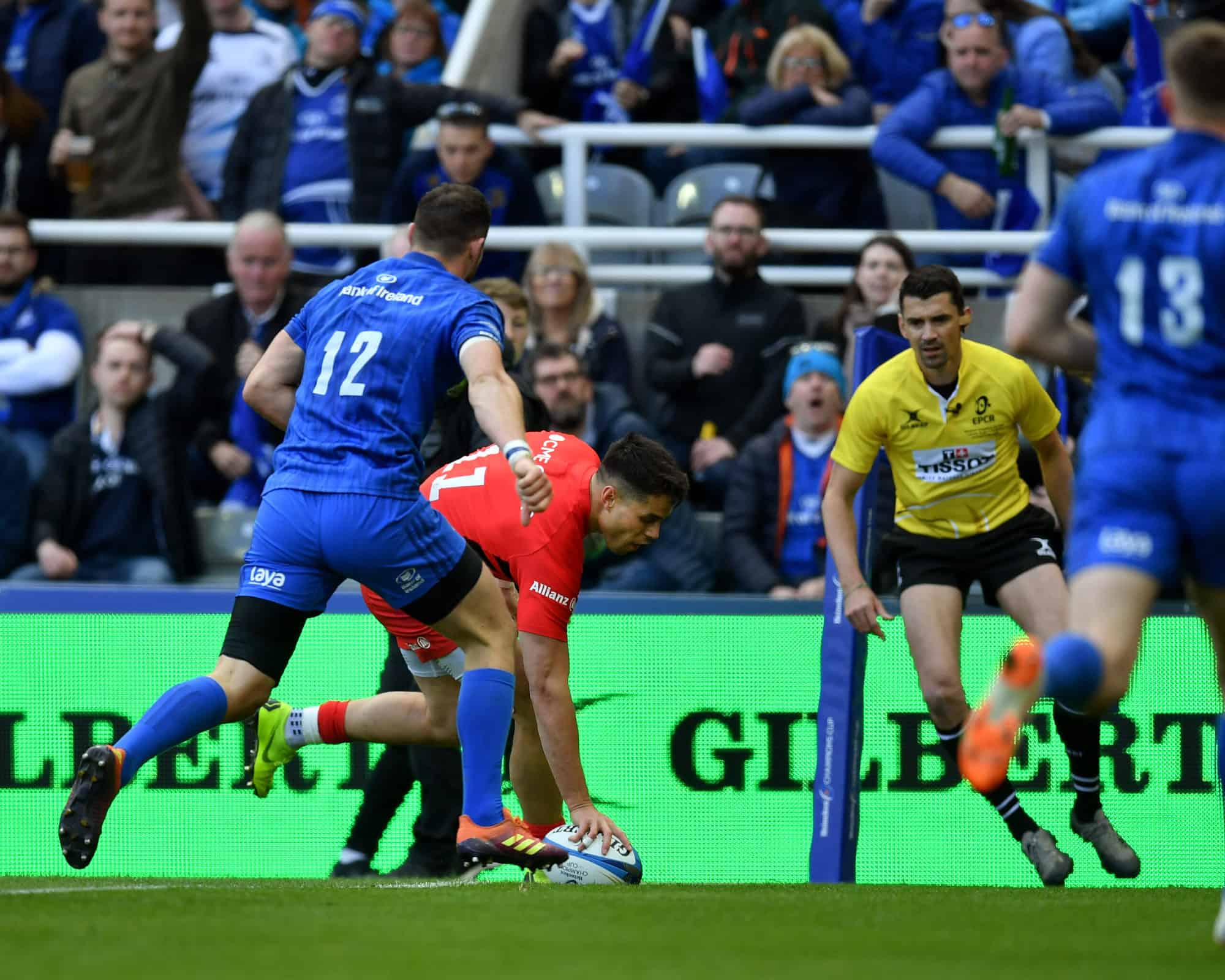 A huge game lies in wait for Saracens as they travel to Dublin to take on Leinster in an eagerly anticipated Heineken Champions Cup quarter-final this Saturday.

The Men in Black secured the eighth seed spot by defeating Racing 92 with 14 men back in January while the Irish province were top of the pile with six wins out of six in their pool.

It makes the 25-game unbeaten hosts favourites for the head-to-head, and Sarries flyer Sean Maitland is excited for the battle ahead.

“It’s massive; I don’t have to say too much, European rugby and what’s gone on with this club in this competition for the last four or five years,” he said.

“We’ve got nothing to lose and it’s going to be special.”

“It doesn’t get any better than playing Leinster at the Aviva. We’ve played them for the past two or three years in the competition, a quarter-final over there, then last year’s final, now the quarter-final again.

“It’s going to be a tough game, we all know that. They’re the form team and they’ll be coming into this game full of confidence after winning the Pro14.

“I’m sure they have a lot of motivation after last year and it’s the only game that really means anything. We’ve got nothing to lose and it’s going to be special.”

Maitland committed his future to Saracens in the summer, signing on for two more years.

He will remain at the club for the Championship campaign and wants to sign off the 2019/20 season in style before that commences.

“I’m happy here and to stay another couple of years, and hopefully get back from the Championship. Next year will be good for my body.

“Hopefully I’ll get plenty of rest which would be a big positive for myself. Then to try and come back up to the Prem the year after and try to win something, that would be something special in the history books.

“That excites me, but it would be amazing to beat Leinster given how the season has gone and the adversity we’ve had to put up with. That would be pretty special but we know it’s going to be a big game and it’s going to be tough as well.

“We’ve got nothing to lose and it’s going to be special. You gotta be confident. You can’t be going to the Aviva and not giving it your all.”