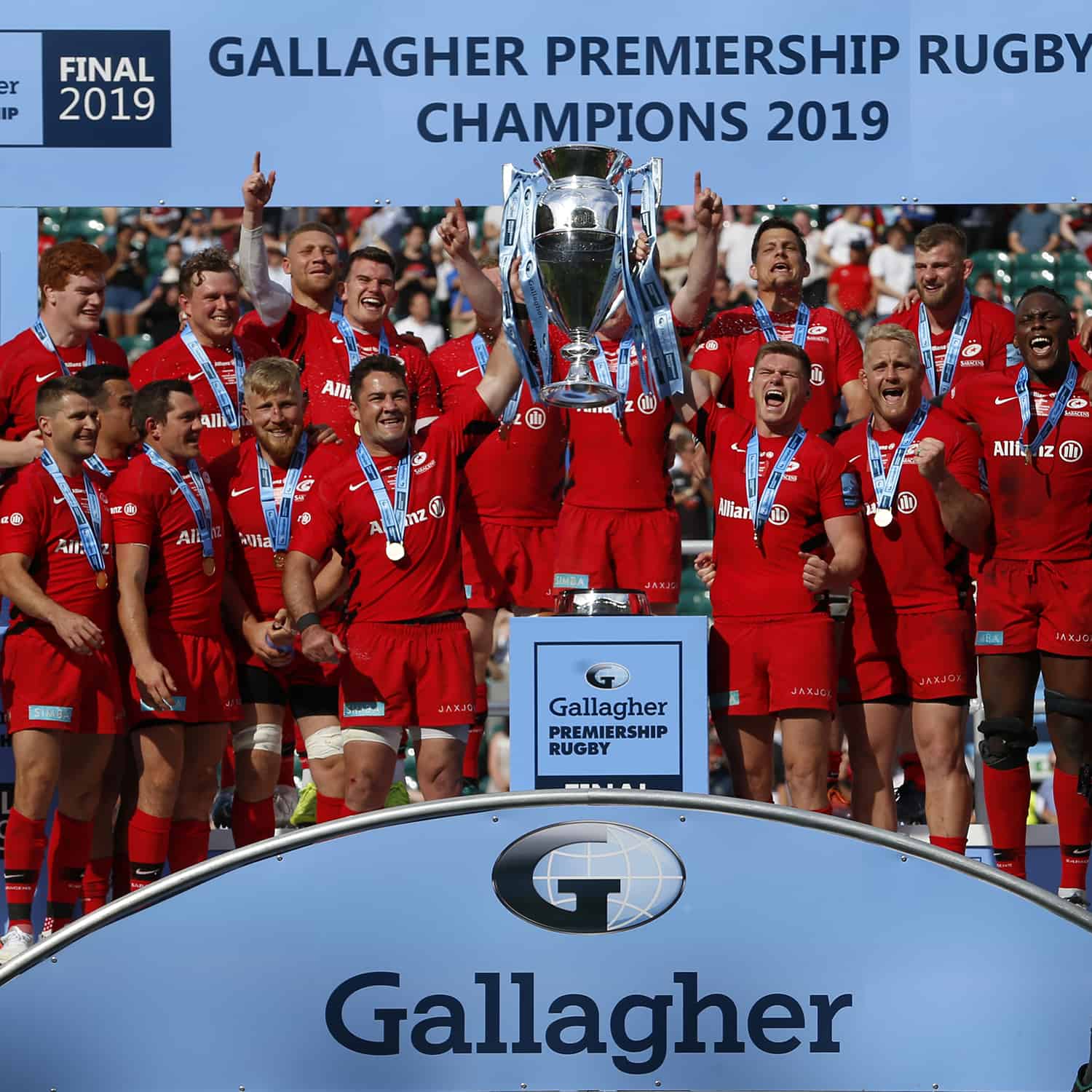 Following the successes of the 2014/15 season, Saracens Men went on to do one better in 2015/16 by securing their first ever European Cup, beating Racing 92 in Lyon.

It was an impressive achievement for Saracens who also became the first side to win the European Cup without losing a game.

Two weeks later, and after defeating Leicester Tigers in the semi-final, Saracens were able to defend their Aviva Premiership title at Twickenham as they overcame Exeter Chiefs. The victory meant that Saracens became the first English club since 2004 to win a European and Domestic double.

The 2016/17 season marked another successful year for the Men in Black as the side claimed their second Champions Cup title, defeating ASM Clermont Auvergne in the final at BT Murrayfield.

That summer the club also had six players selected for the British and Irish Lions tour to New Zealand – Jamie George, Mako Vunipola, Liam Williams, Owen Farrell, Maro Itoje and George Kruis. Billy Vunipola was also selected for the tour but was forced to withdraw due to injury.

The 2017/18 season saw them regain the Premiership title, getting the better of defending champions Exeter Chiefs at Twickenham.

2018/19 was another historic season for the Men’s team as they not only retained the Premiership, beating Exeter in an epic 34-37 comeback, but also won their third European title, beating defending champion Leinster 20-10 in an intense final in Newcastle.