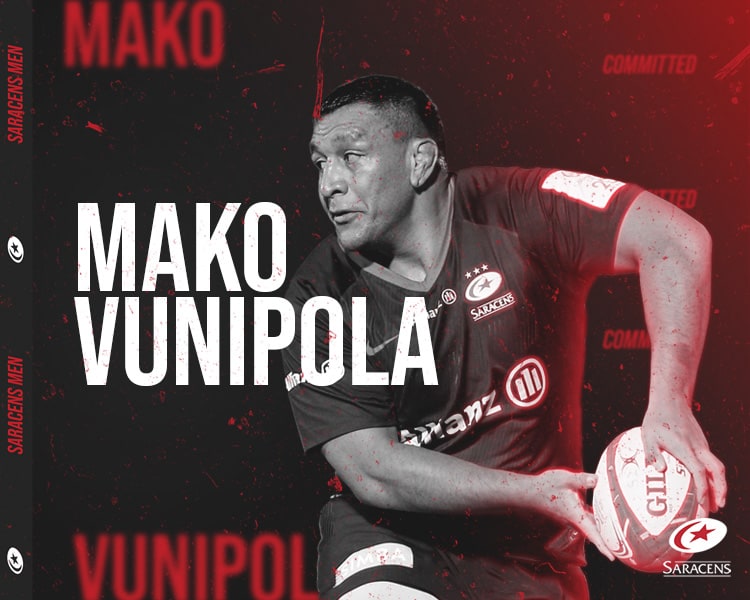 Saracens can happily confirm Mako Vunipola has committed his future to the club.

The 29-year-old will continue his already nine-year long journey in north London and will remain with the Men in Black in the Championship.

Vunipola has proved an influential figure on and off the field for nearly a decade, playing a major role in Sarries’ European and domestic success.

“Mako is a hugely respected member of the squad who shows genuine care for his teammates.”

His progression at Allianz Park has seen him become a mainstay in the England side as well as earn six British & Irish Lion Test caps on tours of Australia and New Zealand.

The prop has made 168 Saracens appearances to date and is relishing the challenges that lie ahead.

“They’ve looked after me, given me the opportunity to be the player that I’ve been and given me the platform to keep improving.

“I have no doubt the club will be back and fighting for Championships and that’s part of the reason why this decision was quite easy.

“It wasn’t all too difficult for me as I could see the group we had and the strength of the club. I’ve no doubt we’ll attack this challenge like we have done with the other challenges we’ve had before.”

Director of Rugby Mark McCall said: “Mako is a world class player who is able to combine an innate understanding of the game with brutal physicality and an incredible skill set.

“The Vunipola family are an integral part of the Saracens story; Mako is a hugely respected member of the squad who shows genuine care for his teammates. We are delighted he has committed his future here.”