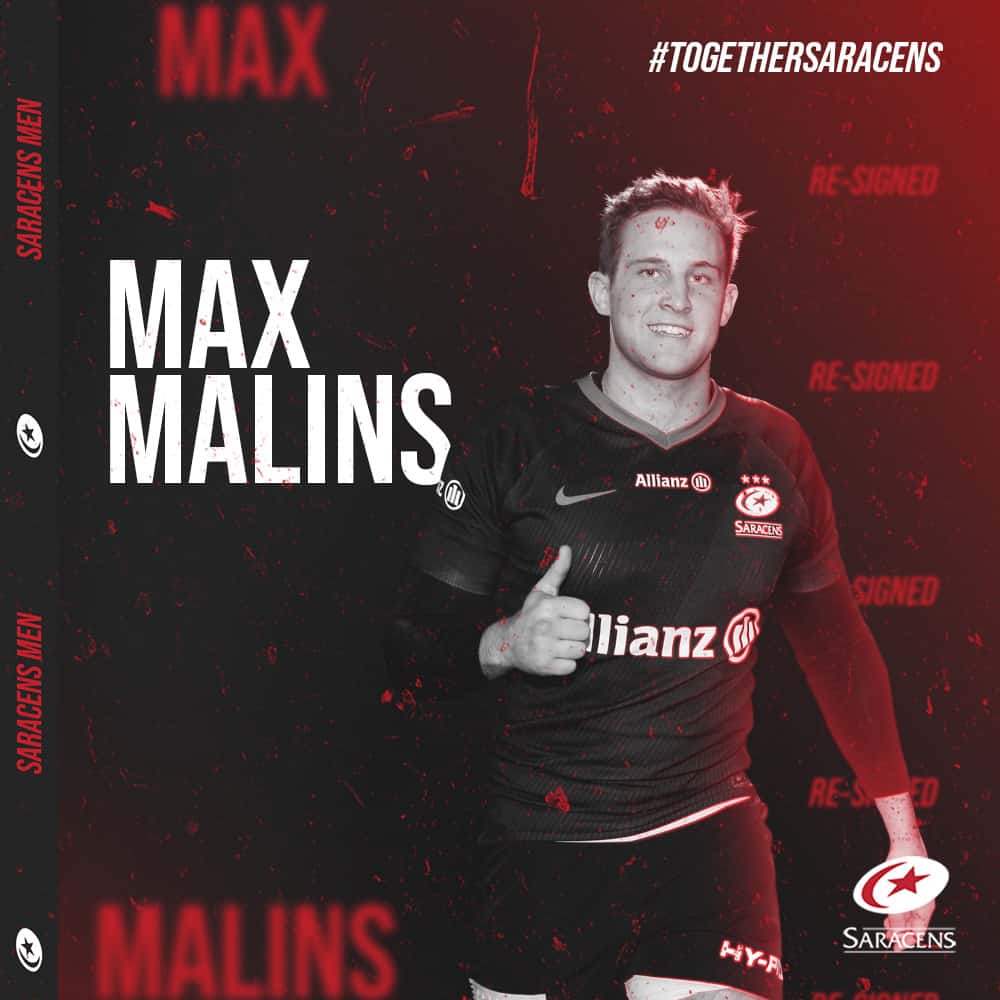 Saracens is delighted to announce Max Malins has committed his long-term future to the club.

The Academy graduate has penned fresh terms at Allianz Park and will remain in north London until the summer of 2023.

Joining the Junior Academy in 2013, Malins tasted success with England Under-20s at the World Rugby U20 Championship three years into his Sarries journey and made his first-team bow a season later in the LV= Cup.

“You grow these friendships which mean a lot to you and it would be very hard to chuck that away.”

He has since progressed into the first team environment, making his Premiership debut in 2016/17 before enjoying the first of three European appearances – the most recent a man-of-the-match performance against Munster – in Saracens’ win over Glasgow Warriors last season.

Adept at either fly-half or full-back, Malins will continue his top-flight development with a season-long loan to Bristol Bears for the 2020/21 campaign, along with club teammate Ben Earl, before returning to the Saracens family.

“I’m very pleased to be staying at Saracens for the long-term,” he said.

“I started here in the Junior Academy, they’ve developed me as a player and I wanted to put my trust in them to take me to my maximum potential and make me an even better player.

“I came through the age groups with a lot of people who are here now. You grow these friendships which mean a lot to you and it would be very hard to chuck that away. I’m hoping to make a lot more memories in the future.”

Director of Rugby Mark McCall said: “We are thrilled that Max sees his long term future at our club.

“He is another bright young talent who has come through our Academy and is a player with great potential whose best days lie ahead.”