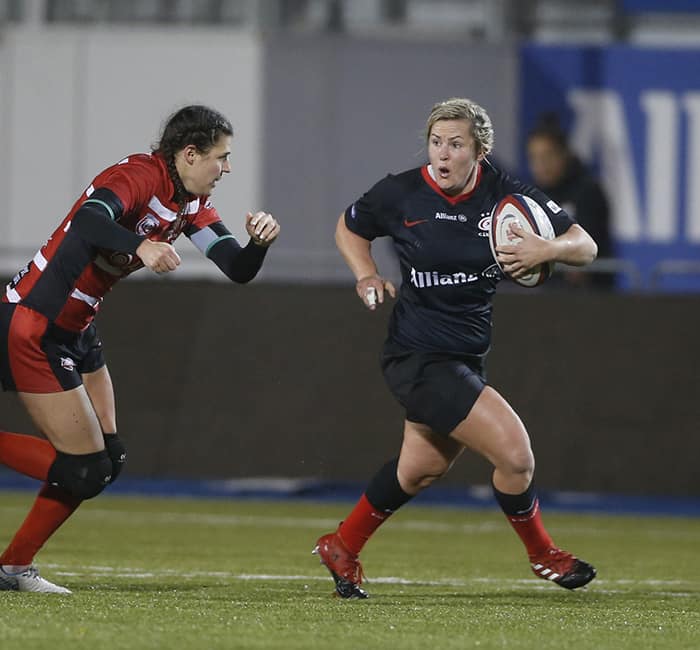 Marlie Packer is set to earn her 70th England cap as six Saracens Women are named in the Red Roses squad to face France Women at Sandy Park on Saturday 16 November.

Worcester Warriors’ Lydia Thompson gets the nod on the wing for Saturday’s test.

Middleton said: “We were delighted to secure our first win in France since 2012. The players put a real shift in and stuck to the plan.

“As we expected, last week’s game was incredibly competitive, while at the same time, it was clear to see that both sides hadn’t played competitively for a couple of months.

“However, I expect both teams to have shaken off some of the ring rust this week and the skill execution should be evident in the performances.

“France had the lion’s share of both the possession and field position last week, which we countered with a very good defensive performance.

“This week, we will be looking to address both those balances and with it, show more of our attacking capabilities.”