First appearance of the season for Sarries trio!

“This season I want to get the same game time as last year when I got lots. That’s the nature of it, once you get a taste for it you don’t want anything less.” – Tom Woolstencroft

Three senior players will make their first outings of the season for Saracens at Northampton Saints in the Premiership Rugby Cup on Sunday.

Forward trio Richard Barrington, Will Skelton and Jackson Wray all make their first starts since helping the Men in Black come out on top in the Gallagher Premiership final back in May.

Sarries have made seven changes for the trip to Franklin’s Gardens with Nick Tompkins and Alex Lewington returning to the backline, while Tom Woolstencroft is restored at hooker.

Academy fly-half Manu Vunipola takes the 10 shirt and partners Tom Whiteley at half-back who continues in his role as captain.

Shortlisted for the Breakthrough Player of Round 2, Sean Reffell keeps his place in the back row alongside Andy Christie and Josh Ibuanokpe maintains his ever-present tag.

Scrum-half Ben Spencer and the versatile Nick Isiekwe feature in a match day squad for the first time in 2019/20 as replacements. 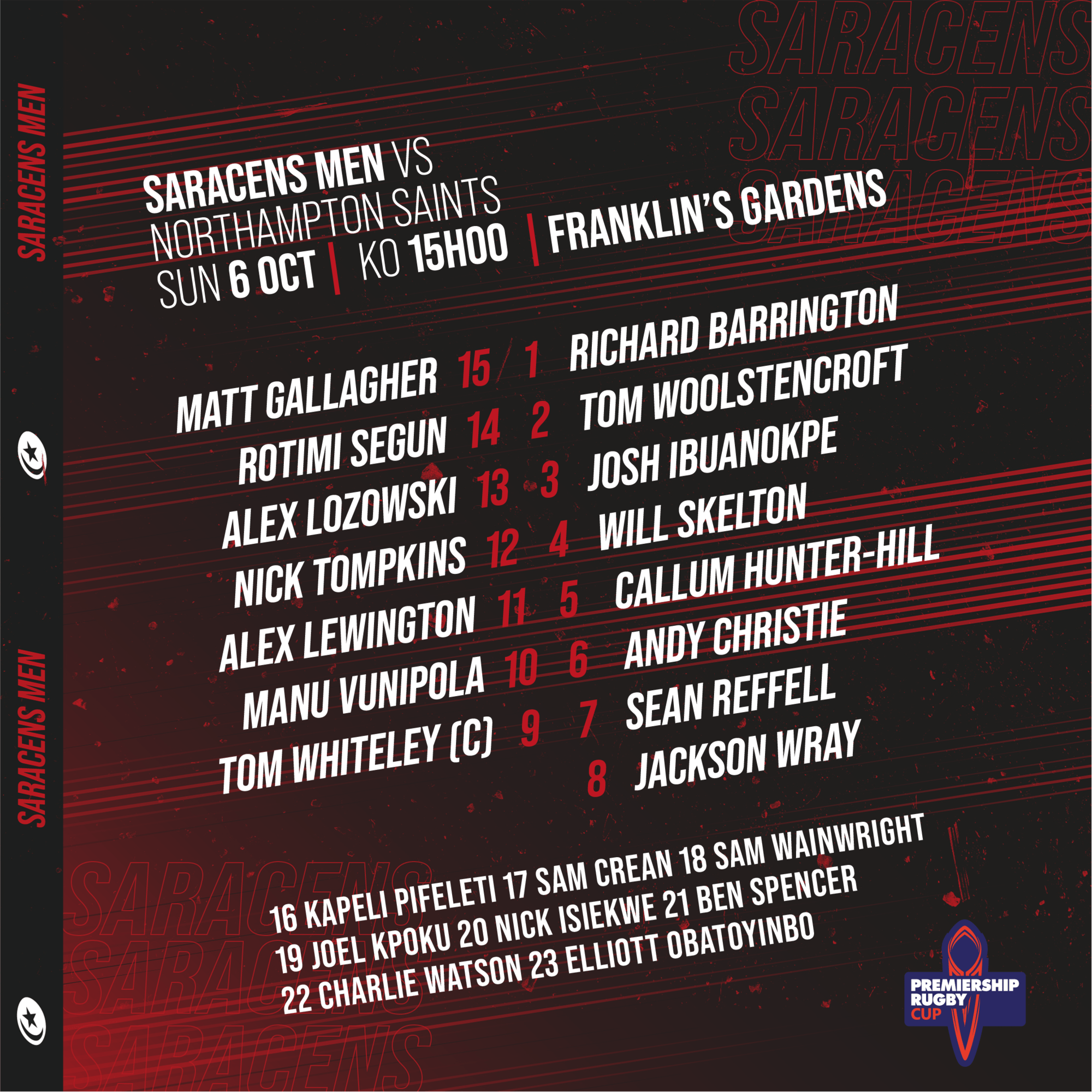 Join for FREE. Access SarriesTV and be the first to hear ticket news

Access the ballot for the chance to purchase 2 England tickets