Join for FREE. Access SarriesTV and be the first to hear ticket news

Access the ballot for the chance to purchase 2 England tickets

MEN’S XVs IS BACK WITH PREMIERSHIP RUGBY CUP ACTION!

“It’s been a long pre-season and a lot of hard work has gone into preparing us for this opening match. The boys can’t wait to get out there.” – Rotimi Segun

Saracens Men have named a young side for the Premiership Rugby Cup opener against Wasps on Saturday (KO 13H00).

Twelve of the starting XV hail from the club’s Academy while the average age of the match day squad is just 21-years-old.

The entire backline is homegrown and contains six players who helped Sarries retain the Premiership 7s title last weekend including Player of the Tournament Tom Whiteley.

Centre Charlie Watson will make his senior debut at the Ricoh Arena, looking to build on his impressive form at the 7s alongside the back three of Ali Crossdale, Elliott Obatoyinbo and Rotimi Segun.

Flankers Andy Christie and Sean Reffell also excelled in Northampton and start in a pack that has one debutant in prop Josh Ibuanokpe.

A further seven players could make their first Saracens appearance as a replacement, a group comprising of four Academy forwards and three off-season recruits.

With Maro Itoje and George Kruis on World Cup duty and with Jon Kpoku injured and unavailable for selection, lock Dom Day has stepped in to add to the club’s second row options ahead of his move to San Diego Legion. 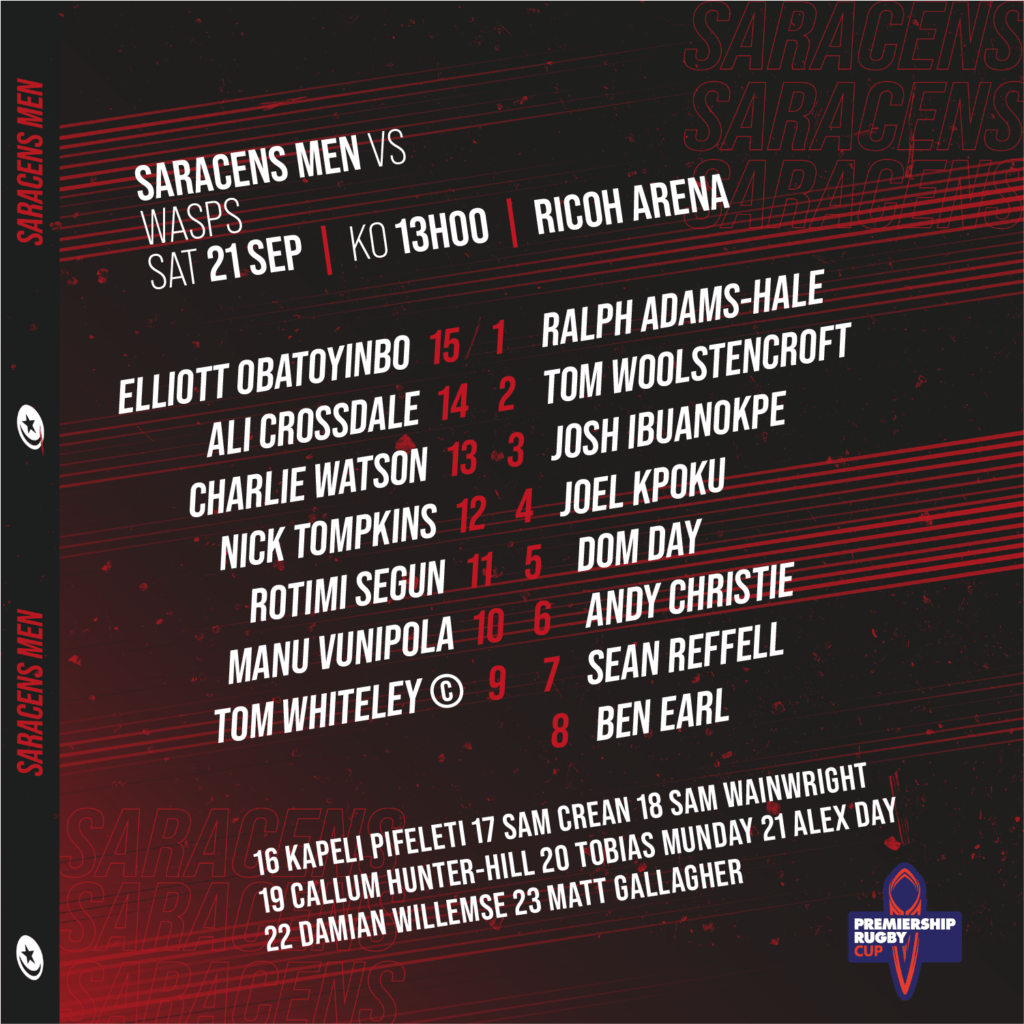 To the Ricoh Arena