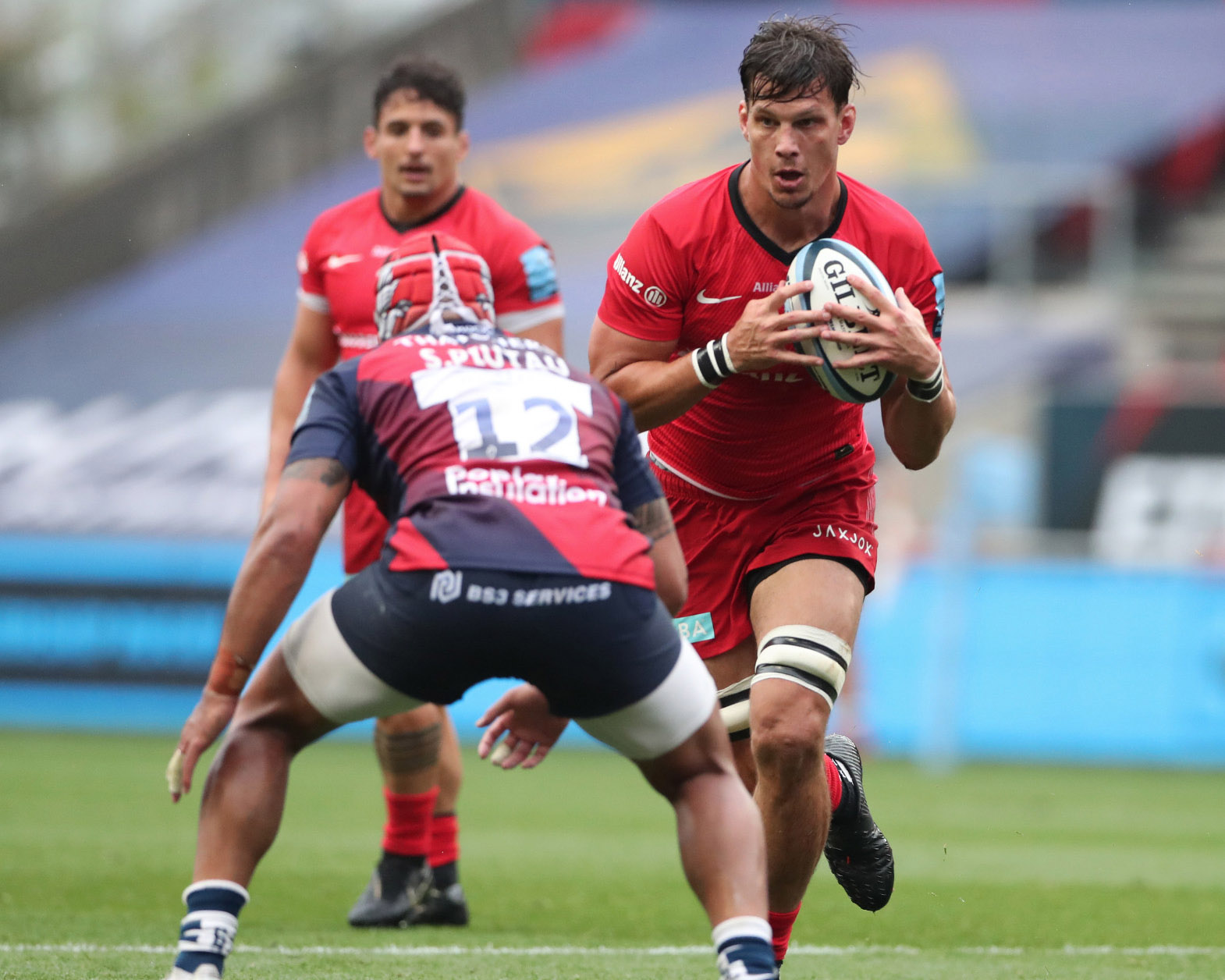 Saracens’ return to Gallagher Premiership action ended in defeat as Bristol Bears scored late on to win 16-12 at Ashton Gate.

A penalty try decided matters in the end after Alex Goode and Callum Sheedy exchanged a number of penalties. 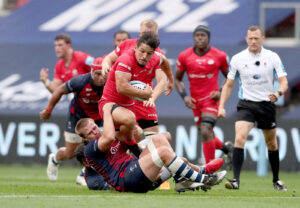 It was a case of the new normal in the West Country. No fans, physios draped in PPE and, after the week’s weather before the match, torrential rain.

Echoes of encouragement from both benches bounced around the empty stands with away shouts drowning out those of the hosts as Alex Lewington dragged his opposite man into touch inside a minute.

Two Goode penalties propelled the visitors into 6-0 lead thereafter and confidence was there for all to see with Mako Vunipola attempting to display his footballing skills – with advantage in hand, of course.

The Bears were slow out of hibernations following five months without game and another introduction to rugby’s restart – a water break – aided their cause and Sheedy levelled things up, slotting two straightforward kicks at goal.

Rain affected play during an evenly matched period and a superb Maro Itoje shot on Charles Piutau, which was matched by a perfect jackal turnover, proved the only worthy note ahead of the interval. 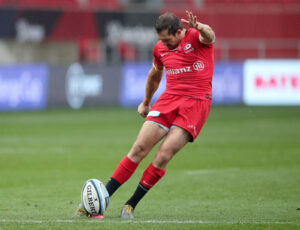 Ben Earl was brought on at half-time in strange circumstances, kitted out in Bristol blue rather than Sarries red. The England international was making his debut for Pat Lam’s side and was in the thick of it straight away, picking Harry Randall’s grubber off his toes only to be denied a run at the line by an expert cover tackle from Rotimi Segun.

Another hit, this time at the other end of the pitch, allowed the Men in Black momentum. Academy graduate Dom Morris piled on All Black Piutau, knocking him over his own line and the resulting scrum led to Goode nudging over for a third time from the tee.

Again, Sheedy matched the 32-year-old strike for strike and not long after Bristol thought they had the game’s first try.

Australian wing Luke Morahan danced his way home from 40 metres, but the score was disallowed for hooker Harry Thacker changing his lane and blocking Itoje’s bid to bring the attacker down.

Saracens almost finished off a silky move of their own as Segun’s quick hands released Sean Maitland at a canter and his pass found Lewington who edged out of bounds. 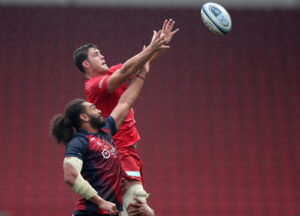 Bristol’s eagerness to go quickly went against them due to a handling error and for 10 minutes after Sarries camped in home territory.

Mark McCall’s men close with several pick and goes before Bristol were penalised and Goode made it for 4-3 in the fly-half kicking stakes and 12-9 on the scoreboard.

Segun and Earl went head-to-head once more with the former forcing the loanee to hold on. He though was to have the last laugh.

Bears pinned Saracens into the corner and looked to dot down in the corner. However, there was a foot in touch, discovered by the TMO who also deemed Jamie George to collapse the fast-moving maul via a side entry.

He was sin binned and referee Matthew Carley awarded a penalty try.

The game became 14 on 14 in the dying embers when Max Lahiff was yellowed for cynical play in the red zone and try as they might, Saracens couldn’t quite squeeze over to earn victory.