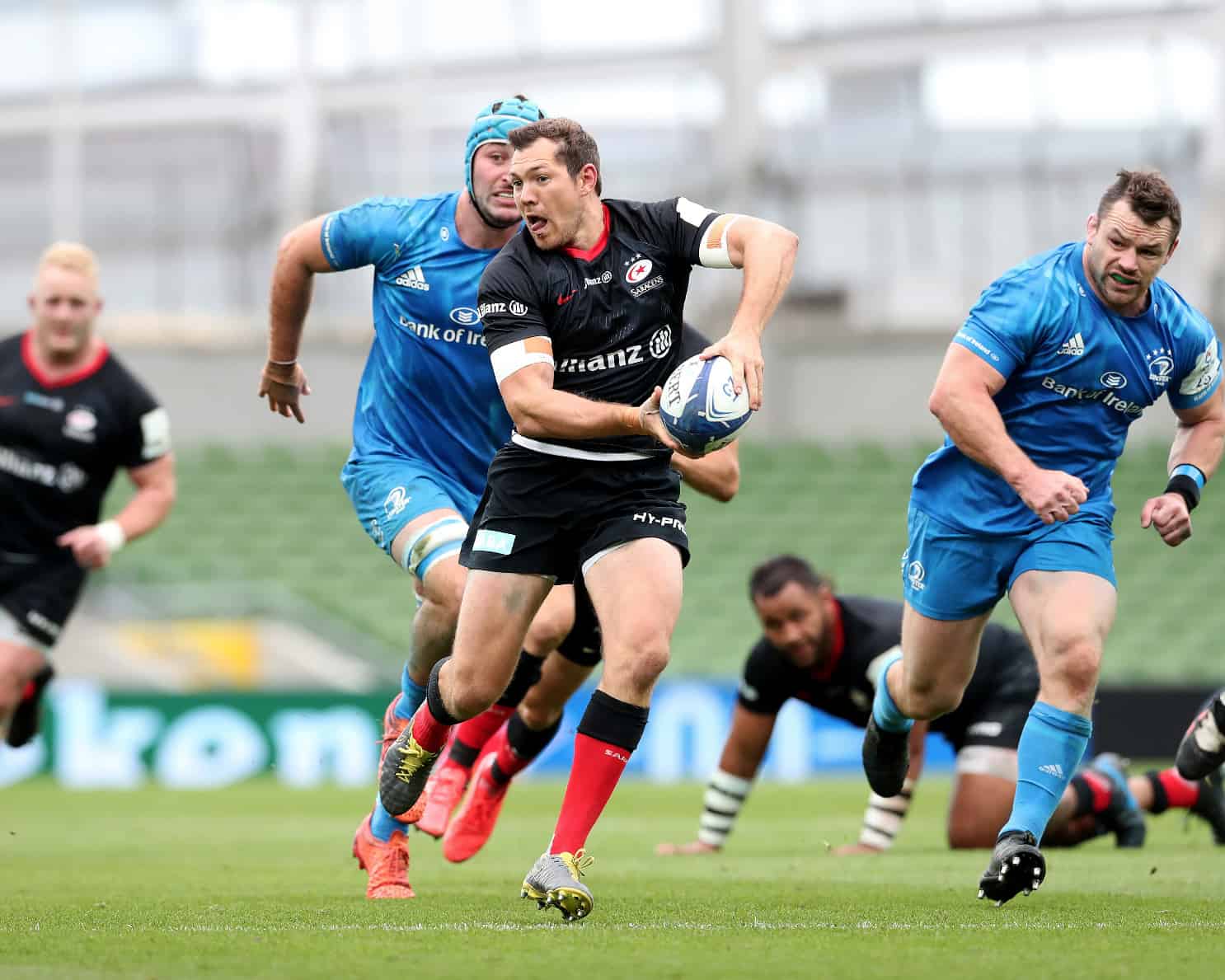 Saracens put in a remarkable, united performance to overcome top seeds and heavy favourites Leinster at the Aviva Stadium in the Heineken Champions Cup quarter-final. 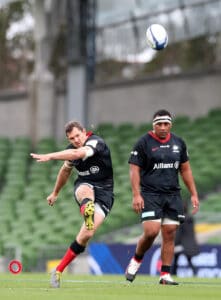 Alex Goode collected 16 first-half points, including a try, and Elliot Daly landed two huge penalties to earn the Men in Black a healthy advantage at the interval.

Leinster hit back through Andrew Porter and Jordan Larmour but a fourth Goode penalty at the death confirmed Sarries’ progression to the semi-finals.

This fixture would, in a normal world, be met by a sea of blue flags, and a splattering of red and black, with the players feeling the warmth of the pyrotechnics as they entered the field.

Alas that scene wasn’t set, and it was up to the 30 men starting to provide the sparkle and character; Alex Lewington displaying both, forcing Leinster to knock on after seconds.

It laid the foundations for Goode to slot the first points in Dublin silence though his strike was cancelled out by Sexton moments later.

Goode added a second kick just shy of the 10-minute mark and some fantastic pressure in the midfield thereafter resulted in Vincent Koch winning a close-range attempt for the fly-half to make it three from three.

Leinster turned on the physicality with carries aplenty only to thwarted by a superb Maro Itoje intercept and when the hosts did try to go wide, they found Lewington in good defensive form.

Sarries’ up-front, Wolfpack approach was rewarded when Daly landed a monster penalty from the halfway line. The pack followed up, marching Leinster off the ball at scrum time to present the England international with another shot. He made no mistake.

A period of sustained attacks came for the Irish province as they tried to grab the game’s opening try. They came unstuck and struggled to bypass a heavy number of black shirts haring up to put the heat on them. 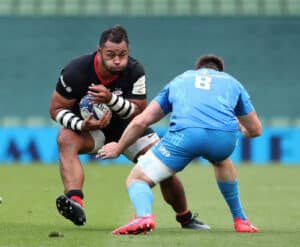 Then came the crucial score – and not for the side who had spent a lot of time in the opposition 22.

Moving up field for a rare shot on Leinster’s backline, Duncan Taylor burst through a hole and offloaded for a Goode to trot forward. With Sean Maitland outside him, he opted to dummy and it proved to be the correct decision as he danced over.

The 32-year-old slotted the conversion from out wide to send the visitors into half-time 22-3 ahead.

Leinster crossed for the second half’s first points to bring them within 12. A succession of pick and goes led to prop Porter burrowing under the sticks and momentum swung the Pro14 champions’ way though more fantastic resilience prevented any way through. Leo Cullen’s side went through phase after phase – more than 20 – being knocked back before Sarries earned back possession at the breakdown.

However, Leinster’s patience paid off just past the hour. Larmour hit a gap in the wide channel to speed in and Sexton’s extras tightened the game and set up a tense finale.

The effort, determination and spirit from the Saracens group was there for all to see throughout the thrilling battle with a 25-match unbeaten Leinster and their heroic task was sealed with a late Goode kick.