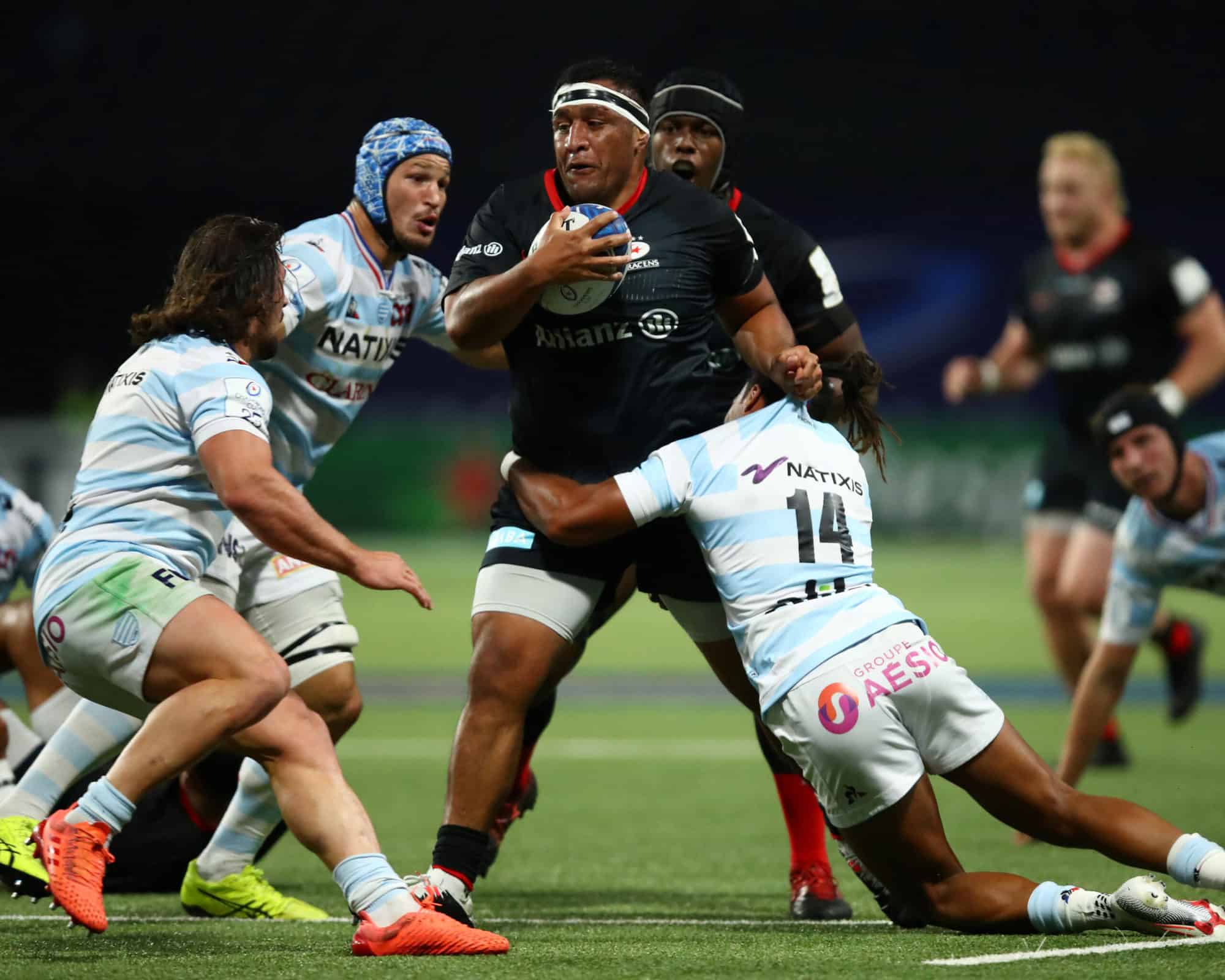 A courageous Saracens performance was undone by a late Racing 92 try in the Heineken Champions Cup semi-final at the Paris La Defense Arena.

Alex Goode kicked five penalties and scrum-halves Teddy Iribaren and Maxime Machenaud slotted four between them before Juan Imhoff’s converted score in the 76th minute sent the French outfit through to the final. 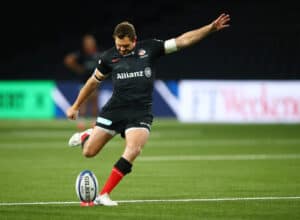 One thousand fans were in attendance in Paris to watch the heavyweight match-up, something the visitors hadn’t experienced for a number of months.

They didn’t let it faze them though, settling into the game by pressurising the hosts from the off – Elliot Daly nipping a grubber in behind to turn the backs of the French.

There were a couple of short bursts from wingers Alex Lewington and Sean Maitland before the home side’s big ball carriers had a few truck-ups of their own.

Iribaren slotted a long-range kick to get the scoreboard up and running and he tried another moments later but came up short.

The Racing nine contributed to Sarries drawing level. Told to use it twice at the back of a ruck by referee Nigel Owens, he failed to do so and from the resulting scrum Les Racingmen conceded a breakdown penalty five metres out which Goode chipped over.

Saracens had momentum behind them with twice putting boot to ball towards Simon Zebo who fumbled on the second inside his own 22.

Racing did manage to retrieve possession via an interception but as Virimi Vakatawa looked to have set Teddy Thomas free on a trot, Maitland hit the France international and got up to earn Goode an opportunity at goal. The fly-half made no mistake to edge Mark McCall’s men ahead, however the lead was short-lived with Iribaren adding his second strike from the tee immediately after.

Zebo and Thomas were struggling to field dangerous balls in behind and found Maitland rushing up at them at every opportunity. Finn Russell stepped into the backfield and displayed great composure to dummy sent speedster Thomas on the way and Daly needed to be on his guard to gather his punt and run safely off the pitch. 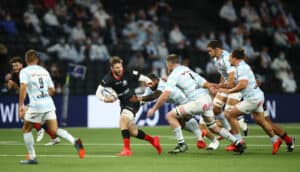 From the line-out, Iribaren was afford three points to end the half while Goode responded with one of his own early in the second period following a relentless Sarries start.

Dom Morris’ contribution after the interval was immense. As well as several hard carries, the Academy graduate smashed his opposite man which led to Goode dissecting the posts and then made a 40-metre break which the Men in Black couldn’t finish off.

A hack through from Lewington caused the Saracens replacements to get on their feet in eager anticipation as the Wolfpack searched to stretch their advantage but it was Racing who took the spoils at the end.

Russell’s dink set Vakatawa on his way and the Scotland fly-half was in support to collect the New Zealand-born midfielder’s pass and send Imhoff to the line at a canter thus ending Saracens’ European road.