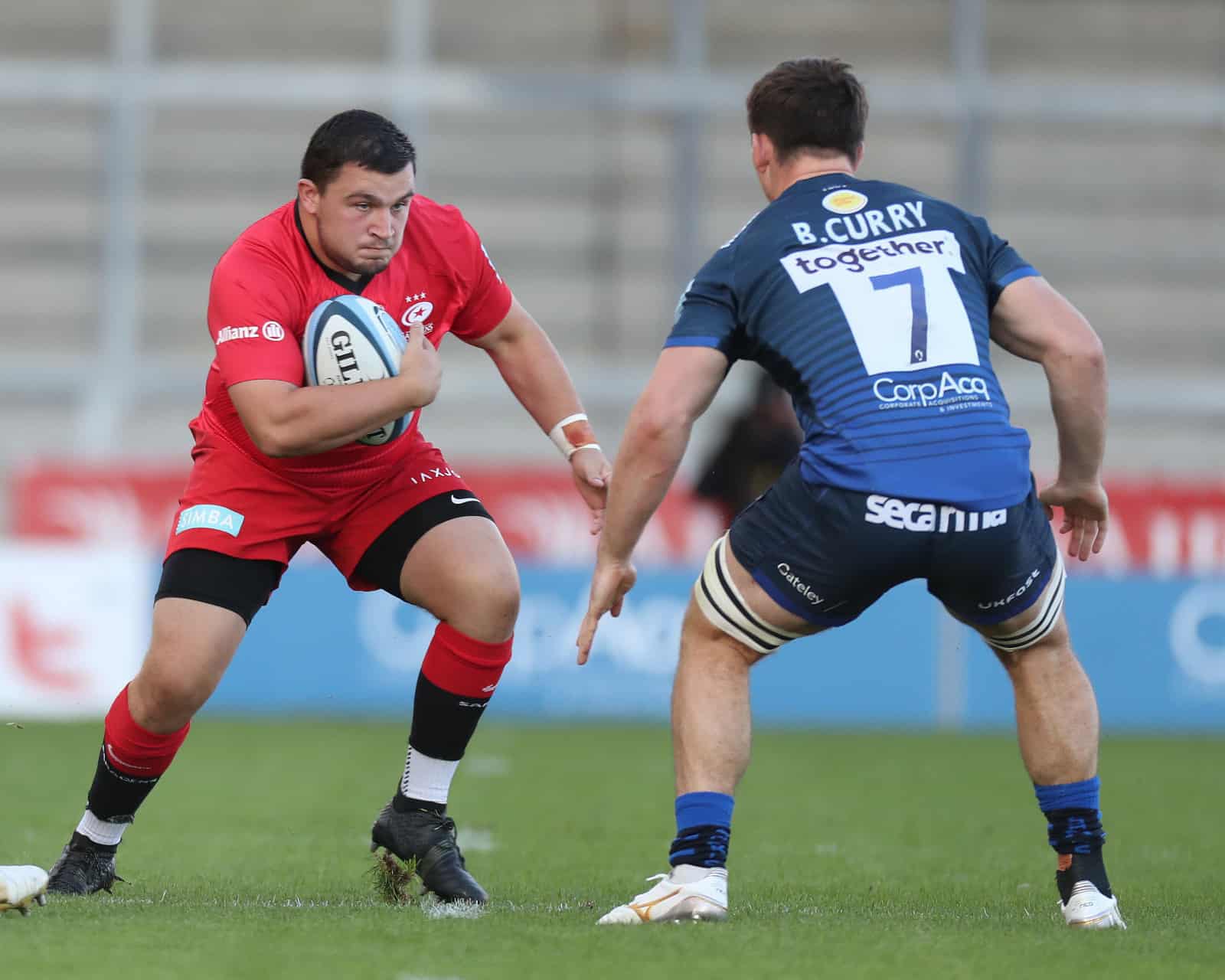 Rotimi Segun scored twice as a spirited Saracens earned a late losing bonus point on the road at Sale Sharks.

The winger crossed in the fourth minute to cancel out Matt Postlethwaite’s early finish before Valery Morozov and Simon Hammersley furthered Sale’s advantage.

Fly-halves Manu Vunipola and Rob du Preez traded penalties in the second half ahead of Segun adding his second with the clock in the red.

A beautiful low chop from Tom Woolstencroft and typical Sean Reffell steal seemed to set the tone for a promising start for Saracens, but Sale had other ideas, marching on to bag the game’s opening score.

Russia international Morozov bulldozed his way through a gap and a couple of his mates in the pack followed similarly before Postlethwaite burrowed home.

The visitors’ response needed to be strong and it was. The hosts misjudged Vunipola’s long restart, the returning Duncan Taylor kept the ball alive and a trio of forwards in Callum Hunter-Hill, Calum Clark and Andy Christie made metres.

Possession was quickly recycled to Vunipola whose crafty dink fell kindly for Segun dot down for his 12th try of the campaign.

The Sharks piled on the pressure thereafter and a copious of scrums in the 22 was ended by loosehead Morozov powering over to put the Manchester outfit ahead once more.

Two became three on 27 minutes. Precise, slick hands sent Arron Reed on his bike and he looked certain to cross but for a superb Elliott Obatoyinbo intervention. However, Sale full-back Hammersley was on hand to pick up the scraps and add five points to his name.

Sale continued to threaten with Will Cliff proving a nuisance on the snipe, allowing space for the home backs to attack out wide – again Obatoyinbo preventing a clear run to the line. 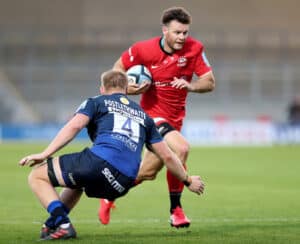 His defensive efforts, and a huge smash from Dom Morris, inspired the Wolfpack moving into the second period and they were dominant at the breakdown, turning over on three occasions.

They did look dangerous in attack too with Taylor and Juan Pablo Socino key to the Men in Black making in-roads, though Steve Diamond’s side were particularly boisterous in thwarting any real opportunities.

Sarries did manage to squeeze over the whitewash, but to no avail. A well-worked line-out move released Woosltencroft down the left flank and when he was halted short, Joel Kpoku bundled over only to be held up.

A couple of phases later, Mark McCall’s men reverted to the catch and drive tactic that has proven successful over the previous weeks. Again, Sale stopped a red shirt touching down.

Vunipola slotted a penalty on the hour to ensure Saracens came away from Sale territory with points to show for a prolonged period of dominance and although they had a spent a lot of the second half on top, Segun needed to be on his guard with a last-ditch tackle to end Tom Roeback’s sprint to the corner.

Sale did grab a late three points of their own through Rob du Preez, a reward for their resilience perhaps, though Saracens had the final say.

Pushing for several phases despite knowing the result had gone, Will Hooley’s accurate punt was perfectly weighted for Segun to dash on to and quickly tap down before being hit into touch.

Vunipola stepped up and showed his nerve, dissecting the posts from the touchline to round off a hearty performance.