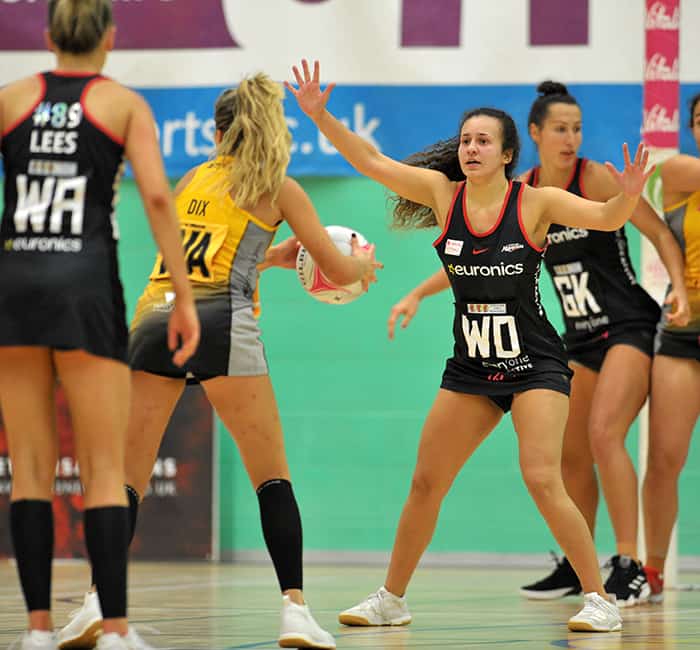 Saracens Mavericks secured a good win over Wasps Netball in their final pre-season fixture ahead of VNSL 2020.

With sponsors, partners, players, staff and guests attending, Director of Netball and VNSL Head Coach Kat Ratnapala and Franchise Director Gloria Keech kicked off Stronger Together, celebrating and engaging with our volunteers & rounding up the event with the player dress presentation!

Donning the black dress for the first time, Saracens Mavericks had their final pre-season run out versus Wasps who were returning from their inaugural super netball preseason in New Zealand.

‘Pre-season combo testing’ in quarter two, meant that changes were made for Saracens. They took full advantage and managed to put their foot down on a disconnected Wasps to finish the quarter 36-26.

Get your tickets to Saracens Mavericks first home game of 2020!

Quarter three proved the quarter of defence. With both ends causing a stir and a low scoring 10-9 quarter to Mavericks.

The final 15 minutes saw a strong fight back from Wasps, but wasn’t quite enough to take the quarter or the game with Mavericks wrapping up a 59-47 win to end their preseason preparations.

Kat Ratnapala, Saracens Mavericks head coach, said: “I was pleased that we were able to play around with combinations for our last preseason game of the year and not drop a quarter, the kind of consistency we are looking to start our season with and maintain.

“We can now start to look at tightening the shoe-string on connections going into our final three weeks of training and hit the season opener on 22nd February in Birmingham with a bang.”