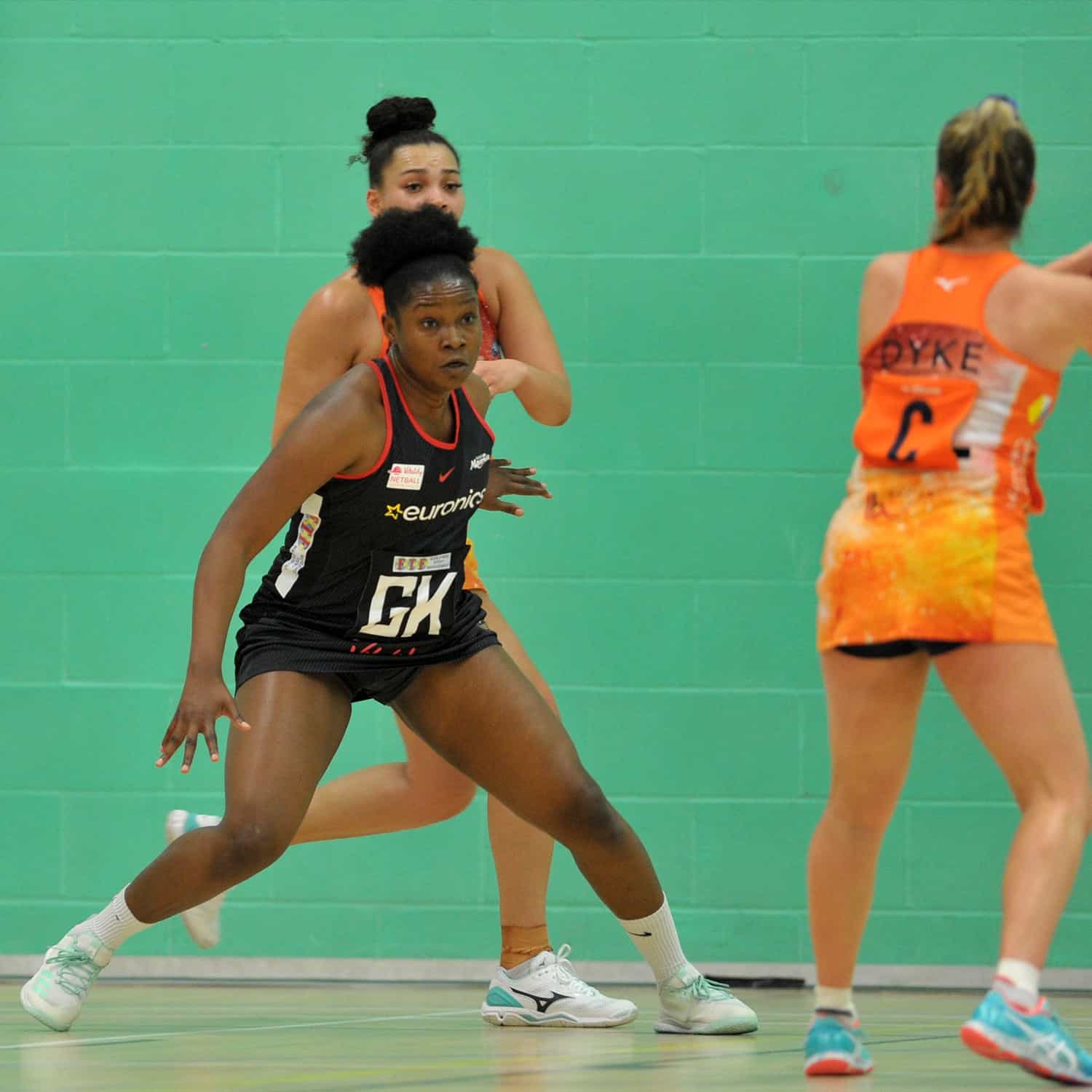 Saracens Mavericks returned to winning ways at the Hertfordshire Sports Village with a convincing 61-45 victory over Severn Stars on Saturday 7 March.

Spurred on by a frenetic opening quarter which saw the hosts stretch out into an 11 goal lead, they failed to look back and finished the match with a flourish to cap a fine performance.

Led by Player of the Match George Fisher, Mavericks looked in fine attacking form from the first whistle as they seamlessly transition the ball from the mid-court into the shooting circle.

In defence the combination of Razia Quashie and Jo Trip were proving disruptive to the attempted feeds into the circle for Stars as this turnover ball allowed Mavericks to surge clear. At the end of the first quarter, the lead was 19-8.

At stirring Stars response followed at the start of the second quarter as they reduced the deficit to 6 goals. Miscommunication and passing errors in the mid-court was providing fresh hope for the away side.

In a bid to change momentum, Beth Ecuyer-Dale entered the action at WD and the impact was immediate.

A capacity crowd roared the hosts forward as they refound the fluidity to their game that had briefly deserted them. At Centre, Gabby Marshall was covering every inch of the court and her passionate mid-court display helped Mavericks increase their advantage to 34-22 at the break.

A scrappy start to the second half failed to see either side capitalise on a rising error count. When the visitors did produce a run of goals, another inspirational switch from the bench allowed the home side to regain control.

Chloe Essam produced coolness in the final third at GA and provided Fisher with the ammuniton to keep Mavericks in front heading into the fourth quarter. A 46-34 lead had been built.

It was certainly not a case of seeing the game out for the final fifteen minutes as the physicalty from Stars’ defence meant the battle would go on until the final play.

Fisher and Kadeen Corbin stood firm and with Sasha Corbin and Georgia Lees providing the spark during the transition, Mavs finished the game with a flourish which added extra gloss to the scoreboard.

Speaking afterwards, Head Coach Kat Ratnapala said: “There were a lot of lessons and learnings from the heartbreak of the Wasps game that we took to today’s game. Really pleased with where we’re heading, much better squad performance and the changes coming off the bench helped us.

“I thought Razia Quashie at the back working with Jo Trip was fantastic today, they turned over a huge amount of ball.

“Gabs Marshall work rate is unbelievable, she was outstanding today. Chloe and Kadeen linking in with George Fisher was really positive for me, Goerge had to withstand a lot of pressure and we’re pleased she came through unscathed.”