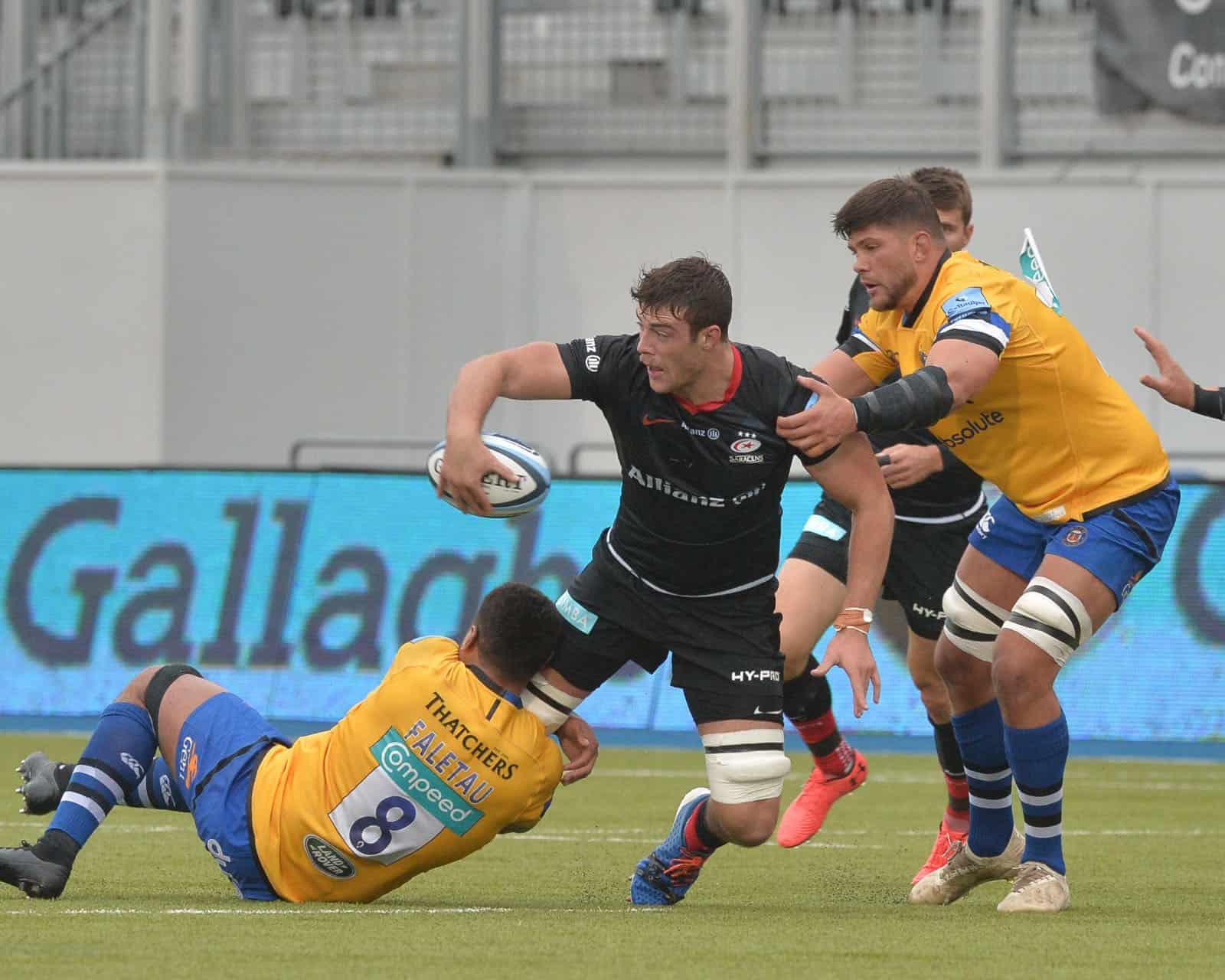 Beno Obano and Ben Spencer crossed early on and Manu Vunipola’s penalty made it 14-3 at half-time. 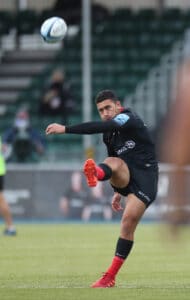 penalty stretched Bath’s advantage but a penalty try and a Tim Swinson effort pegged the Somerset team back,

The visitors came into the match in third place knowing a victory would all but secure their participation in the end of season play-offs.

They started the brighter, earning a scrum by holding Sarries up in a maul before prop Obano burrowed over for the opener.

On his 100th outing for the West Country side, Rhys Priestland slotted the conversion and he soon had the tee out again with Bath scoring their second.

Former Sarrie Spencer caught the home defence off guard, tapped quickly and sniped his way to the line.

Fourteen points behind, Saracens struggled to create a good attacking platform to get back into the contest and it resulted in Manu Vunipola clipping a penalty through the sticks to at least mark the scoreboard before the break.

The conditions played havoc with Sarries’ kicking game and several injuries led to early replacements which disrupted the team’s flow.

Priestland added a 47th-minute penalty to make the Men in Black’s comeback task harder and Bath almost went in for a third but a wide pass just evaded Semesa Rokoduguni. 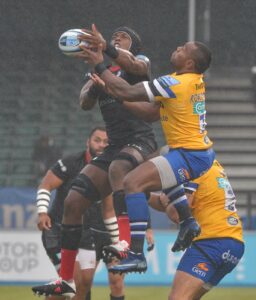 Saracens had to withstand some Bath pressure before going close to crossing for their maiden try. A flowing move to the right sent Alex Lewington on a scamper and his crafty flick inside set Jamie George on his way. The hooker had Aled Davies in support and the Welsh nine would have finished but for Spencer’s intervention.

He knocked on and from the scrum that followed, Billy Vunipola was held up over the line. Another scrum and this time a penalty try as the Number 8 was tackled with the ball at his feet as the Bath eight crumbled.

With their tails up and much improved, Saracens completed their comeback to earn a draw. Six minutes from time, Bath stole a line-out in their 22 but Maro Itoje was quick to retrieve possession and his second row partner Swinson benefitted by flopping over.

Fly-half Vunipola added the extras to draw level and Davies could have won it for Mark McCall’s men but was hauled down close to the line.