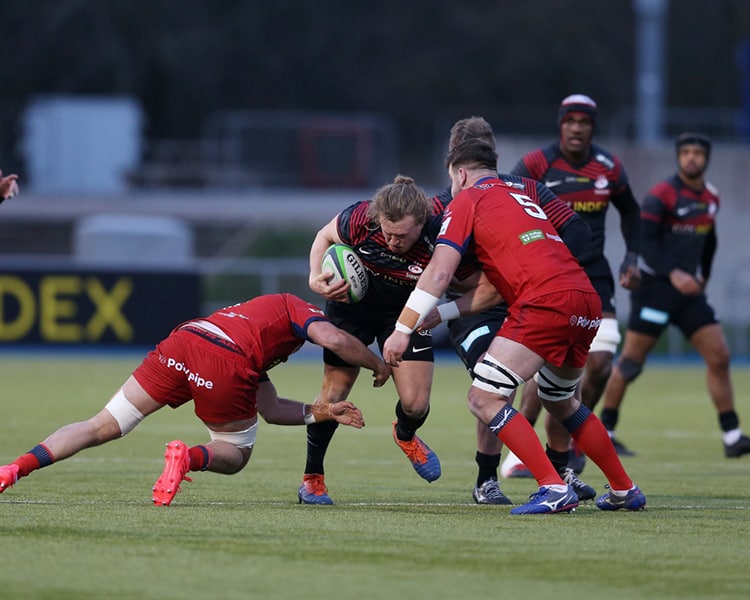 Rotimi Segun and Tom Woolstencroft cancelled out Billy McBryde’s early penalty in the first half before Duncan Taylor added a third try. 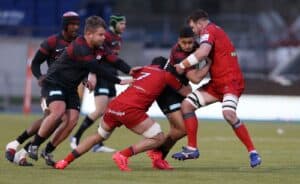 A penalty try narrowed the scoreline but fourth and fifth scores through Tim Swinson and Kapeli Pifeleti earned the hosts victory on a frosty Saturday afternoon.

The visitors enjoyed the Lion’s share of possession in the opening quarter, launching a barrage of carries at the Men in Black’s defensive line.

They could not breach it with the Wolfpack mentality firmly in action, led by skipper Woolstencroft and former Scotland international Swinson.

Ill-discipline did see Sarries fall behind, however. McBryde nudged over a penalty from the halfway, in between two misses, while Mark McCall’s men were yet to display their attacking prowess.

That was until Ali Crossdale burst into the Knights 22 to win a penalty which Vunipola put in the corner. From the line-out, Saracens spread the ball wide and a beautifully delayed looping pass from returning fly-half Vunipola left wing Howard Packman flapping and sent Segun in for an easy score.

With the momentum, the home side continued on the front foot. Lock Joel Kpoku’s rampaging run almost saw him brush the whitewash but when he was brought down, Woolstencroft was on hand to pick and go to stretch the lead to seven with Vunipola adding the extras. 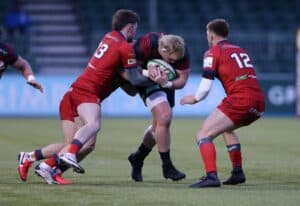 Saracens began the second half in their usual physical fashion and their next try was a result of getting in Doncaster’s face. Forcing them into an error, a 40-metre fly hack was pounced upon over the line by Taylor who profited from some Knights dawdling in the backfield.

As Doncaster searched for a reply on the scoreboard, Springbok Vincent Koch was sin binned and with a man advantage, the Yorkshiremen marched on at scrum time to earn a penalty try.

Replacement Pifeleti punched through a hole and went close to finishing but perhaps should have offloaded to Tom Whiteley who after collecting the ball from the deck was denied a try himself by good last-ditch defending.

Moments later Sarries did cross. Pifeleti threw expertly at the set-piece and Whiteley spurred on his troops at the maul which led to Swinson flopping over.

Hooker Pifeleti crossed for his third of the competition with what is becoming a trademark tap from five metres out to put late gloss on the victory for Saracens.