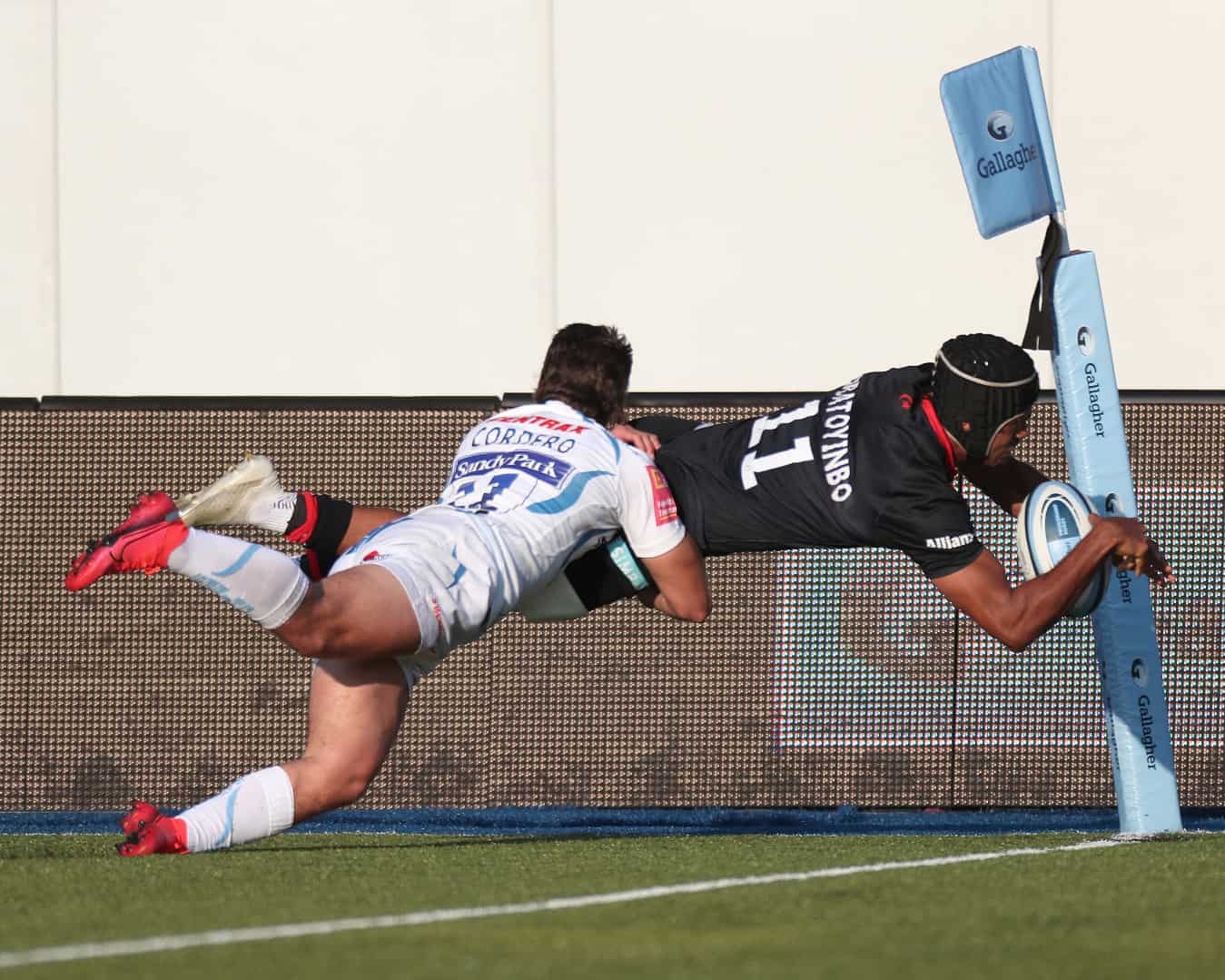 Saracens backed up their impressive second half in midweek by ending Exeter Chiefs’ seven-match unbeaten run with 40-17 victory at Allianz Park. 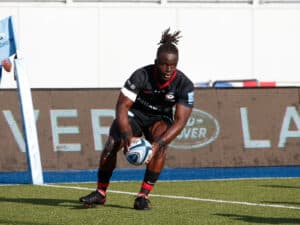 Wings Rotimi Segun and Facundo Cordero traded scores in an even first 40, before Dom Morris sent Sarries into the break with a 10-point advantage.

Two Manu Vunipola penalties sandwiched a Will Witty try ahead of Elliott Obatoyinbo, Janco Venter and Cameron Boon all touching down to secure a bonus-point win.

Dave Dennis – one of three players out of the 46 on show to have featured in last season’s Gallagher Premiership final – grabbed a late consolation for the Chiefs.

Both sides fielded, youthful inexperienced XVs with Heineken Champions Cup quarter-finals on the horizon and neither backed down in the physical battle that emerged in the early exchanges.

Sarries’ forwards gained an edge on the Chiefs and presented the platform for the perfect start. Vunipola received the ball in acres of space and took his time before delivering a peach of a lofted pass for Segun to dot down for the 14th time in the 2019/20 season. 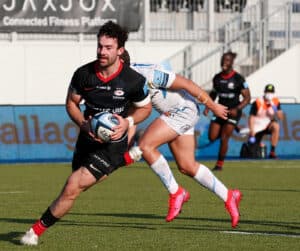 Neither conversion was successful, however Vunipola landed a straightforward tee-shot in the 34th minute which looked to have sealed a narrow lead for Saracens going into half-time.

The gap increased to 10 on the stroke of the interval. Replacement Juan Pablo Socino carried hard and wriggled his hands free to pop on to an onrushing Morris who finished with aplomb.

Vunipola converted another penalty early in the second period, only for Chiefs lock Witty to respond by burrowing home after a succession of driving mauls.

But any hopes of a visiting comeback were soon dashed. A fine crosskick from Vunipola, who added a third penalty, was gathered by Obatoyinbo and the Academy graduate superbly evaded several white shirts for a spectacular try out wide.

It was his maiden Premiership effort and Namibia international Venter followed suit, placing over the whitewash following a dominant Sarries scrum against the head.

Replacement second row Boon also scored his first for the club on his third senior appearance.

Exeter’s Dennis crossed with the game well out of reach. An comprehensive, solid performance and result from the Men in Black.