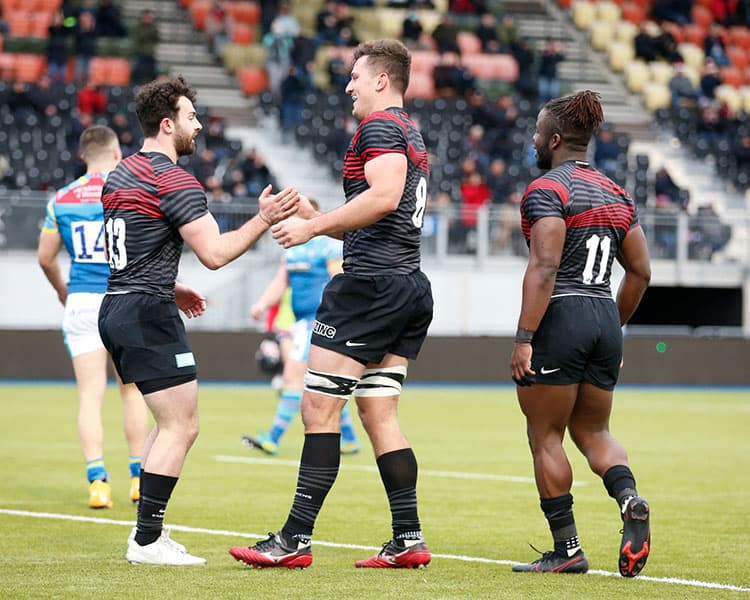 Kapeli Pifeleti and Tom Whiteley both scored twice as Saracens Men began their preparation for the 2020/21 campaign with a resounding 45-24 victory over Leicester Tigers. 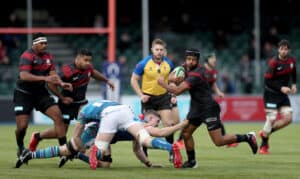 Rotimi Segun and Dom Morris were also on the scoresheet while Will Hooley was faultless from the tee, kicking seven from seven.

The roar of 1,000 spectators felt like 10 times that as the players entered the field to cold chill.

Copthall Stadium hadn’t housed supporters since the last time the two sides met back in March and it was the Tigers who got off to the better start.

With more minutes under their belt due to the Gallagher Premiership returning at the start of November, the visitors looked sharp and a well-rumbled maul saw hooker Jake Kerr flop over in the early exchanges.

Saracens responded with their typical ‘next job’ mentality. Number 8 Janco Venter superbly won a penalty on the deck which Hooley punted to the five and set piece that followed led to space out wide for speedster Segun to dot down following a perfectly executed Morris pass. 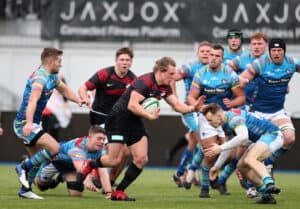 Hooley slotted his conversion from the touchline with aplomb before his counterpart Johnny McPhillips displayed some magic to give Leicester a 10-point lead.

The former Ireland Under-20 international added to a successful penalty by chipping over the top and pouncing on a loose ball in the end zone, a try he added the extras to.

The topsy turvy nature of the contest led to Sarries ghosting in next. Pifeleti’s barrelling charge was rewarded as Elliott Obatoyinbo’s soft hands sent Venter through a gap and the Namibian delivered an early Christmas present for Morris.

Tigers extended their advantage when Zach Henry danced in behind the hosts’ backline and his hopeful offload gifted Aspland-Robinson a score before Pifeleti made it a three-point game, finishing from a pushover to end a frantic first period.

The start to the second half was equally as entertaining. Pifeleti and replacement Tom Woolstencroft combined to send the former on a jaunt in the wide channel while substitute Whiteley’s deft grubber was inches from being gathered by Segun five metres out.

USA back Hooley, on his first outing in front of Saracens supporters, continued his fine kicking display to level proceedings on 51 minutes and the stand-off delivered a pinpoint crossfield for ex-England Sevens wing Ben Harris to claim but the Senior Academy flyer was hauled down in full flight inside the Leicester 22. 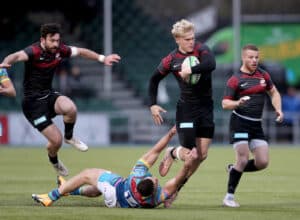 On the hour, Saracens showed what they are about defensively. Morris halved full-back Henry before fellow midfielder Harry Sloan levelled his opposite man to put the Tigers on the back foot.

Then a sensational piece of wizardry from Whiteley gave Mark McCall’s men a deserved lead for the first time. Released down the left, the scrum-half kept the ball alive as he looked likely to be ushered into touch, delicately putting boot to ball and flying into a jump to touch down ahead of several covering blue shirts.

The crowd fell silent for a brief moment before entering into rapturous applause once more as Hooley nailed the extras.

Hooker Pifeleti burrowed home for his second of the afternoon late on and Whiteley collected his own kick over the top to round off a scintillating afternoon for the Men in Black.

Good result, entertaining performance and supporters in the stadium. A lot of positives!