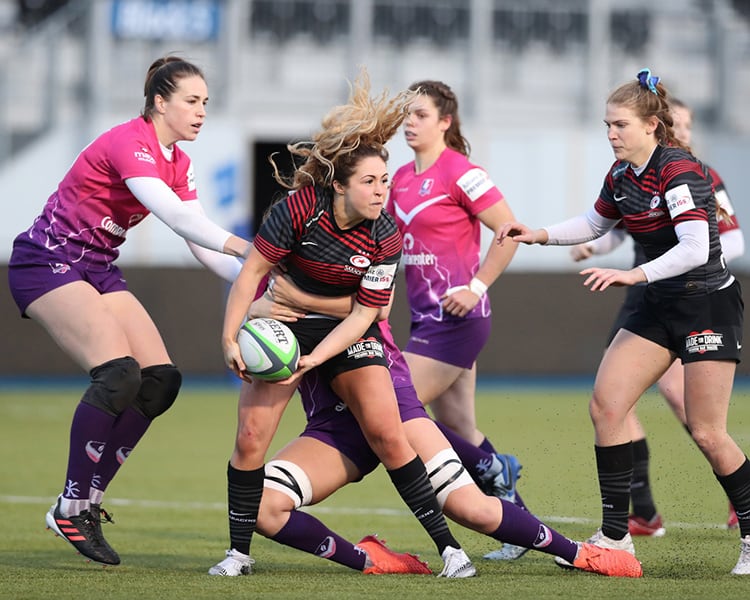 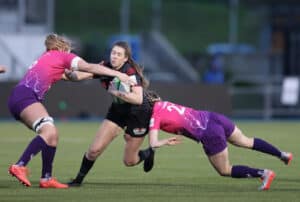 The away side were 24-12 up late in the first half before a spirited fightback saw the Women in Black earn another impressive victory.

The win sets Sarries up for their mouth-watering trip to Twickenham Stoop on 2nd January with the opportunity to extend their winning run against their local rivals.

Captain Clapp scored the first points of the match with a try in the corner showing excellent pace to finish off a well-worked backs move after a brilliant pass from Zoe Harrison.

Loughborough hit back minutes later though through a driving maul score finished off by Lark Davies, with Emily Scarratt converting to give Lightning the lead.

Sophie de Goede won a turnover at the breakdown to give Saracens a great attacking platform which they were able to capitalise on after a few phases as Harrison scored a brilliant individual try, skipping past three defenders and dotting down before adding the extras to give Sarries a 12-7 lead after 15 minutes.

Just two minutes later however, the visitors responded once again, with Davies going over for her second and Scarratt nudging from the touchline as the lead changing hands yet again. 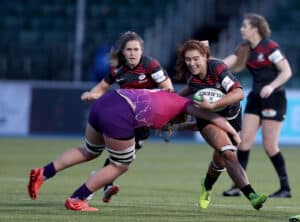 Some excellent defending from Sarries stopped Loughborough from scoring a third, but in the end the referee felt they had done so illegally and Scarratt added to Lightning’s advantage with a penalty in front of the posts.

Saracens’ first-half frustration was compounded when Rhona Lloyd finished well in the corner after Scarratt’s miss pass and the Six Nations player of the tournament converted brilliantly from the corner to give Loughborough a commanding 24-12 lead.

Yet more pressure from Sarries forced Lightning to concede a penalty in their own 22 which Harrison put right into the corner and a wonderful line-out move allowed Made for Drink player of the match Packer to score just before half-time leaving the score at 24-17 at the break.

Loughborough were threatening at this point to be the first side to defeat Saracens, but Packer’s try right on half-time gave Alex Austerberry’s side a good platform to build on in the second half. 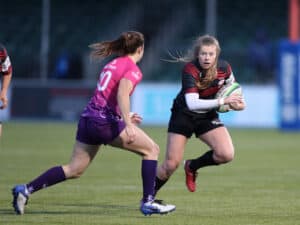 It was the hosts who started the second half the brighter of the two teams with Clapp almost running into the corner to score straight away. A good tackle stopped her in her tracks, however gave Saracens an excellent platform and Campbell went over for her eighth try of the campaign to reduce the deficit.

Saracens’ intensity was proving to be unstoppable as wave after wave of pressure came with another try seemingly inevitable.

The home side were finally able to get over the line with de Goede going over from short range after several phases of dominant pressure, with Harrison’s conversion giving Saracens the lead for the first time since midway through the first half.

A mammoth defensive display from Saracens stopped Lightning from going over again with Packer winning several key turnovers at the breakdown to relieve the pressure.

Harrison was sent to the sin bin with five minutes to go for going off her feet in a dangerous position, leaving Sarries down to 14 for the final five minutes.

But once again right at the death, Packer was able to get in at the breakdown and steal the ball back for the final time before Harrison booted the ball out to give Saracens an excellent victory.