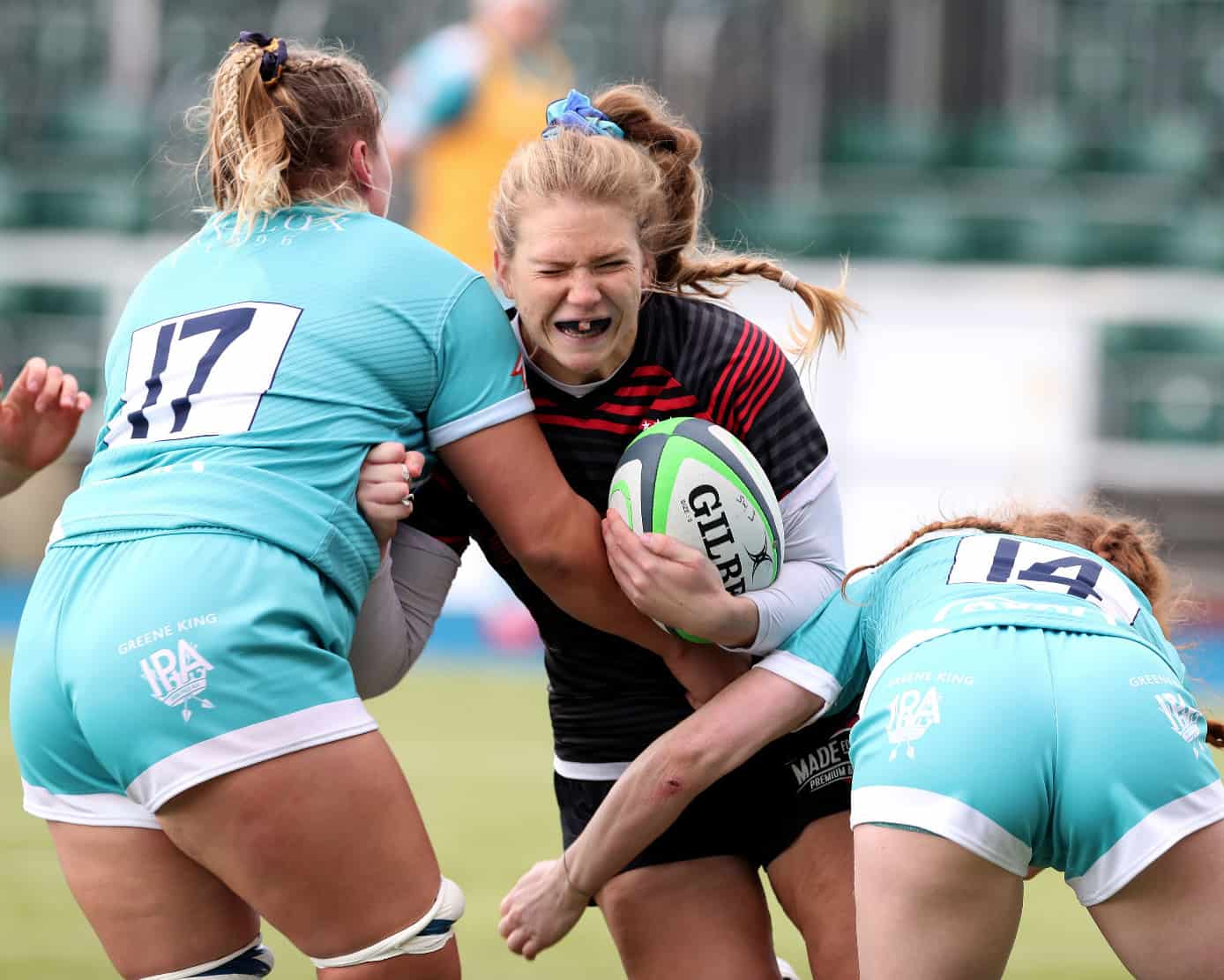 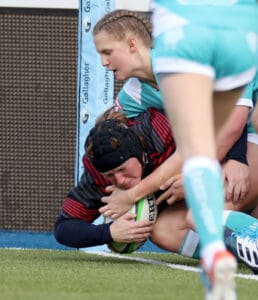 Donning the fresh-looking Nike 2020/21 home kit design, Alex Austerberry’s side got off to a fantastic start, crossing the whitewash with just nine minutes on the clock.

Robyn Wilkins had opened the scoring for Worcester with a penalty but Georgia Evans – making her debut for Sarries – retrieved the ball from the restart and set the hosts on their way, leading to Poppy Cleall driving over from close range, much to the delight of her sister in the commentary position.

Warriors were quick to respond with Alex Matthews’ burst and offload sending Carys Cox under the sticks, however Saracens almost immediately retook the lead.

Evans was involved again, carrying inches from the whitewash before being hauled down and hooker May Campbell was on hand to burrow home with back up from her teammates in black.

Such was the topsy-turvy nature of the contest, winger Zoe Heeley squeezed in the corner for Worcester to make it 15-12 to the away outfit and would have taken that slender advantage into half-time if not for Rocky Clark’s late first-half finish.

Number 8 Cleall did superbly to pick the ball off her toes and in the same motion delivered an outrageous offload for veteran prop Clark to dive over. 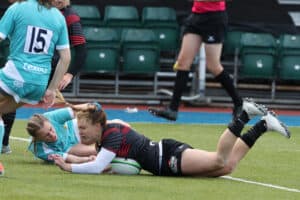 The second half began as the first ended – with a try. This time it was against the run of play as Victoria Laflin picked off a Sarries pass and sprinted in from the halfway.

Then it was Saracens turn to cross. Newcomer Holly Aitchison’s pass was key to releasing flyer Georgie Lingham on a trot for her first of the match and fly-half Zoe Harrison’s brilliant touchline conversion turned the score on its head once more.

Worcester secured a bonus point try on 54 minutes when Wales international Carys Phillips went over from the back of a maul but it was Saracens who ended the game in strong fashion with two tries.

First captain Lotte Clapp went over in the wide channel and shortly afterwards Lingham bagged her second to seal a 34-25 win. 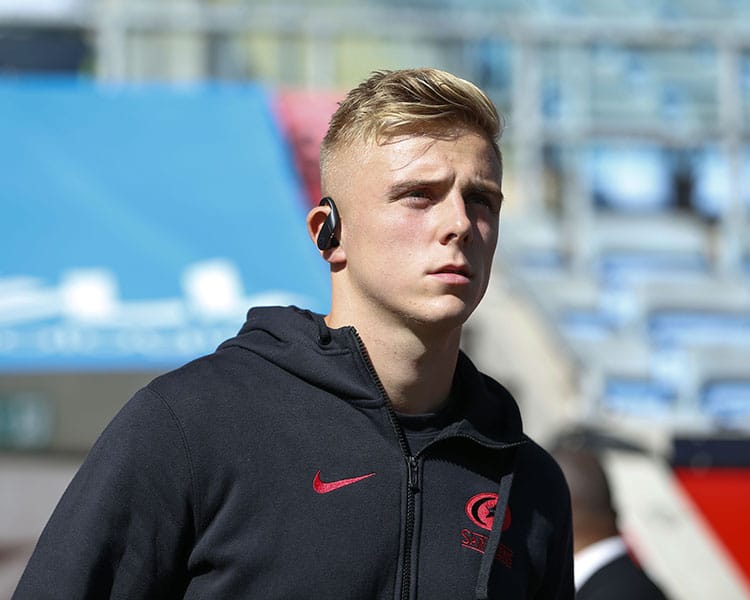