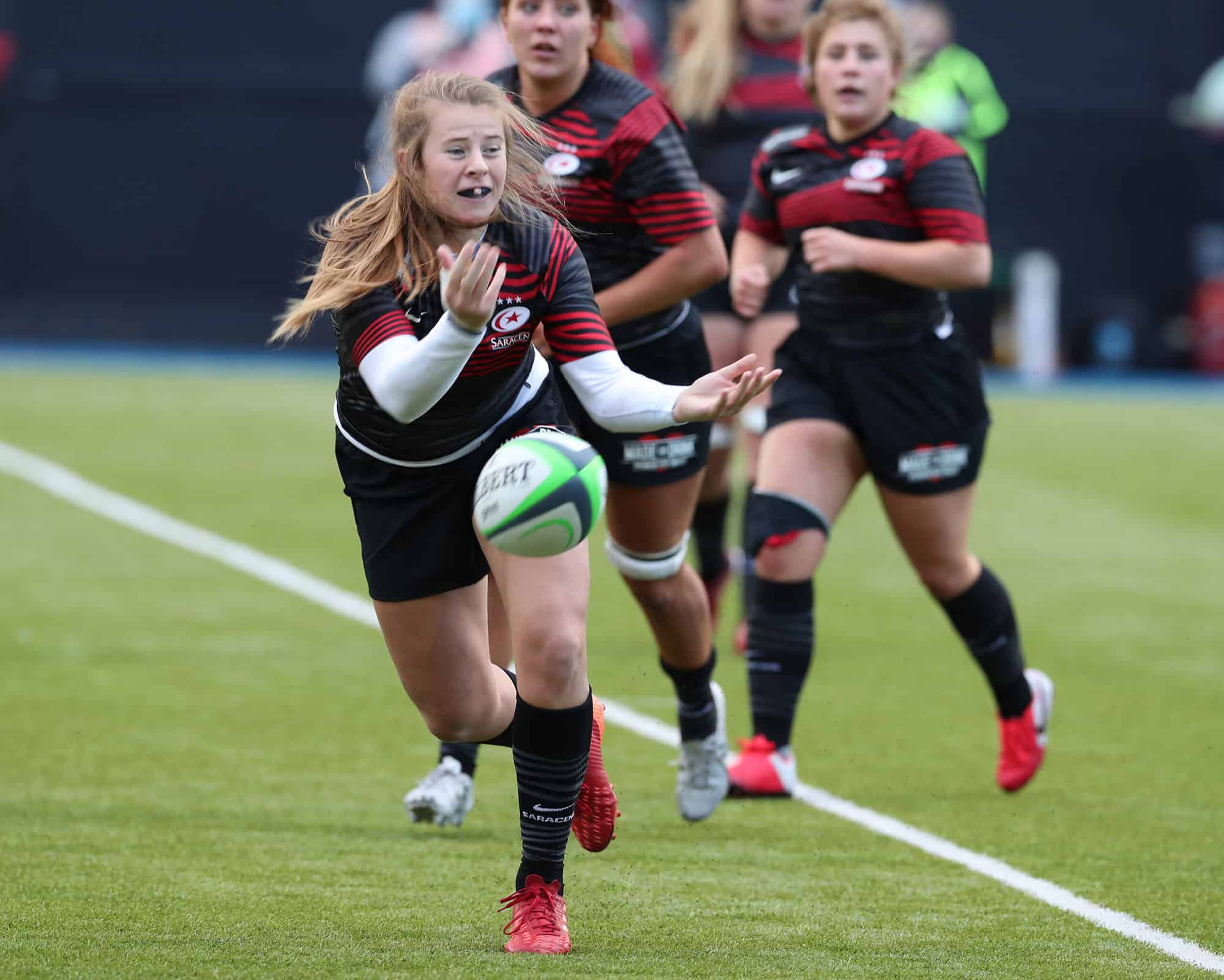 Tamara Taylor scored twice in her first start for Saracens Women as they defeated her former team DMP Durham Sharks 72-0 at Allianz Park.

Sarries came away with their third-straight bonus-point win of the season as Deborah Fleming, Rocky Clark and Emma Uren also grabbed braces in the 12-try thrashing.

England international Poppy Cleall got on the scoresheet as well after her red card from the match against Sale Sharks was rescinded earlier in the week.

Saracens dominated proceedings in a wet and windy first half and Taylor went over just seven minutes in after great ball distribution from Zoe Harrison.

The second row again crossed the line after a bursting run down the right wing from Sydney Gregson in the 18th minute. Harrison converted to put the Women in Black 12-0 up.

DMP did defend well under long periods of pressure, but after fantastic work from Poppy Cleall and Deborah Fleming on the wing, flanker Marlie Packer got in for her second try of the season.

Packer then added to an excellent first-half performance as she tore up the middle of the pitch before finding Poppy Cleall for the score. The conversion was missed, and Saracens went into the half leading 22-0.

Saracens made a host of changes for the second half but quickly re-asserted their dominance with a try from May Campbell in the 42nd minute.

Following a huge tackle from Hannah Casey, centre Holly Aitchison found Fleming who ran the length of the Sharks’ half for her first Sarries try since returning from England Sevens.

With 10 minutes left in the game, Saracens’ substitutes again made an impact as Casey collected a pass from captain Lotte Clapp and scored to make it 48-0.

Alex Austerberry’s side weren’t finished there and strung together four tries in the closing stages, with replacement Emma Uren scoring twice and both Clark and Fleming adding their second tries of the match to round off a comprehensive victory.