“It’s the first game back from the break so I think it’s actually a good platform to start off.” – Rosie Galligan

Saracens Women made a winning return to Tyrrells Premier 15s action with a 32-21 win over Wasps FC Ladies at Twyford Avenue.

Tries to Hannah Botterman (2), Mackenzie Carson, Rocky Clark and Poppy Cleall and seven points from the boot of Lisa Martin helped Sarries maintain their winning start to the season.

Saracens’ season so far has been characterised by slow starts, but the visitors got off to a flyer today. Fly-half Martin got the scoring under way with a penalty after a strong multi-phase attack by Sarries forced Wasps to infringe.

Just a few minutes later Carson got Saracens first try of the day. Lotte Clapp and Rachel Laqeretabua made the initial incisions to get Saracens on the front foot and into the Wasps 22 before the Canadian international finished off a series of carries by the pack to go over under the posts.

Martin added the extras and Saracens had 10 points on the board in almost as many minutes.

However, Saracens failed to hold onto the ball from the kick-off and allowed Wasps to gain possession, resulting in a penalty to the home team. Wasps fly-half Lizzie Goulden slotted the three points.

The first half, and the match as whole, was a stop-start affair with neither team really able to gain much momentum. Yet it was Saracens that were next to score just after the half-hour mark.

It came through slightly fortuitous circumstances as Wasps challenged a Saracens line-out a few metres from their line and the ball fell to prop Botterman who wasn’t going to be stopped with that sort of opportunity.

Martin’s second conversion of the day stretched the score out to 17-3 in the visitors’ favour.

Once again though Saracens didn’t give themselves a chance to kick-on as a dropped ball gave Wasps possession in their 22, and after a number of penalties the home team opted for the kick at goal, which Goulden added just before half-time.

The home team got the first points of the second half as Saracens were pinged for going in at the side at the breakdown and Goulden kicked her third penalty of the game.

That brought about a response from the visitors as forward power led to back to back penalties against the home team and gave Saracens a line-out just five metres from the Wasps line.

The driving maul was stopped just short but Clark spotted space down the blindside to pick and go and score against her former club.

The next score came just a few minutes later, but this time it was Wasps that took advantage of Saracens indiscipline to gain a foothold in the visitor’s 22.

Saracens did well to stop an initial drive but Wasps setup another maul and showed good control to get their first try of the game. Goulden added the extras to make it a six-point game.

The second-half tit for tat scoring continued with Saracens securing the bonus point try with little over ten minutes left. Zoe Harrison’s break proved decisive as the inside centre took Saracens just short of the line.

The forwards took over from there and a nice tip on from Clark gave Botterman a bit of space and she was too strong for the defence that close to the line.

That took the score out to 27-16 with 10 minutes to go, but the pattern of the half had been set and Wasps were next to score as Abby Dow showed her pace to finish in the corner.

The home team’s position had come about due to indiscipline by Saracens and after repeated infringements by the team, it was Martin who was shown a yellow card. That meant the visitors would finish with 14 players on the pitch.

With the score now at 27-21 and still time left, territory would be key. Harrison’s deep kick-off ensured that the final minutes would be played out in Wasps’ territory.

Cleall put the game to bed as she picked off the base off a scrum just a few metres out from the Wasps line and showed her power to bump off the defence and score in the corner. 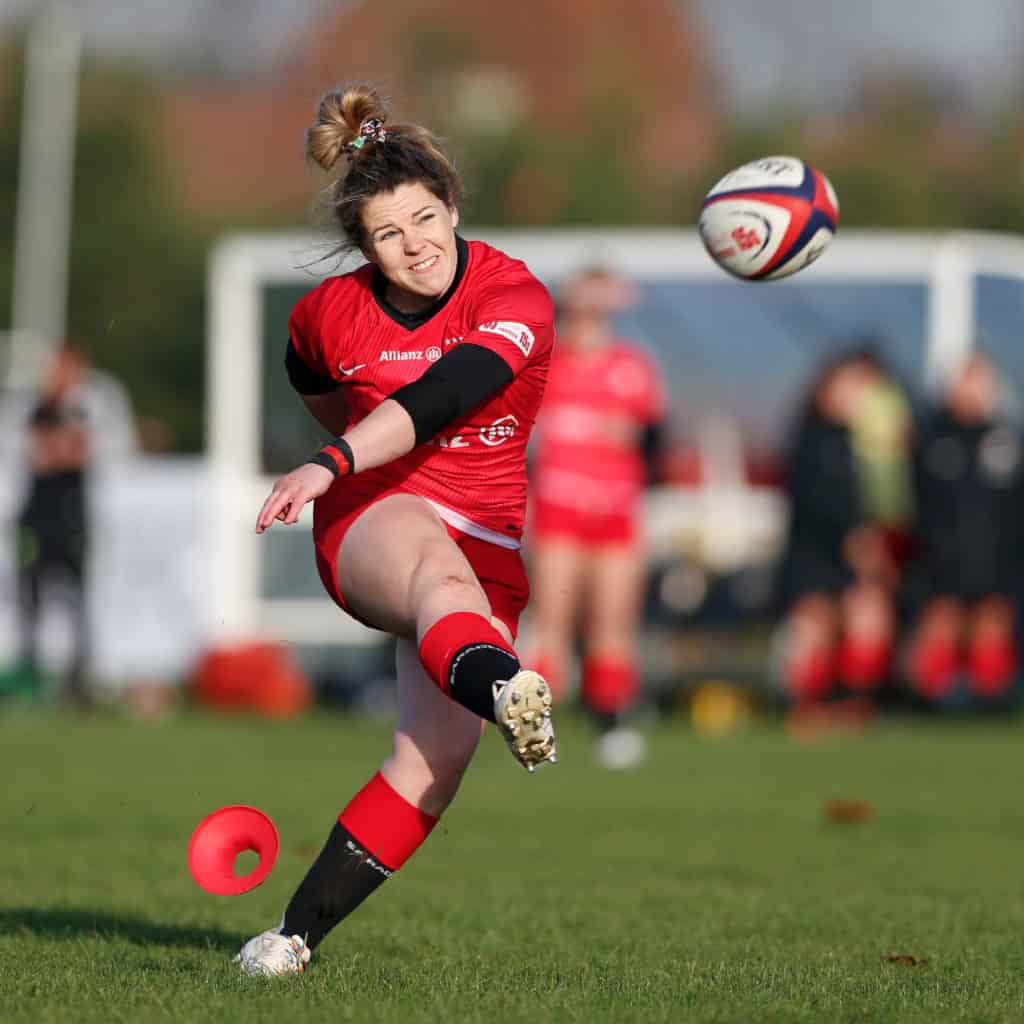 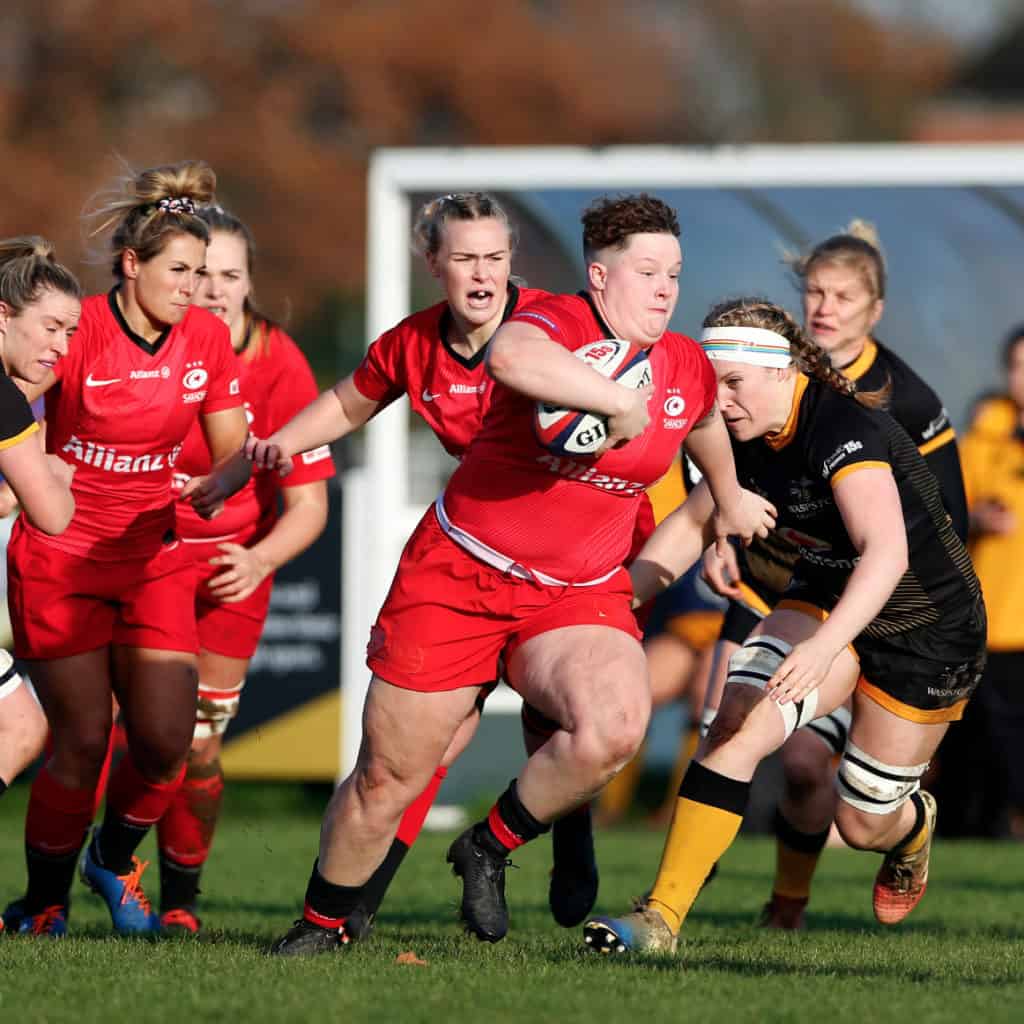 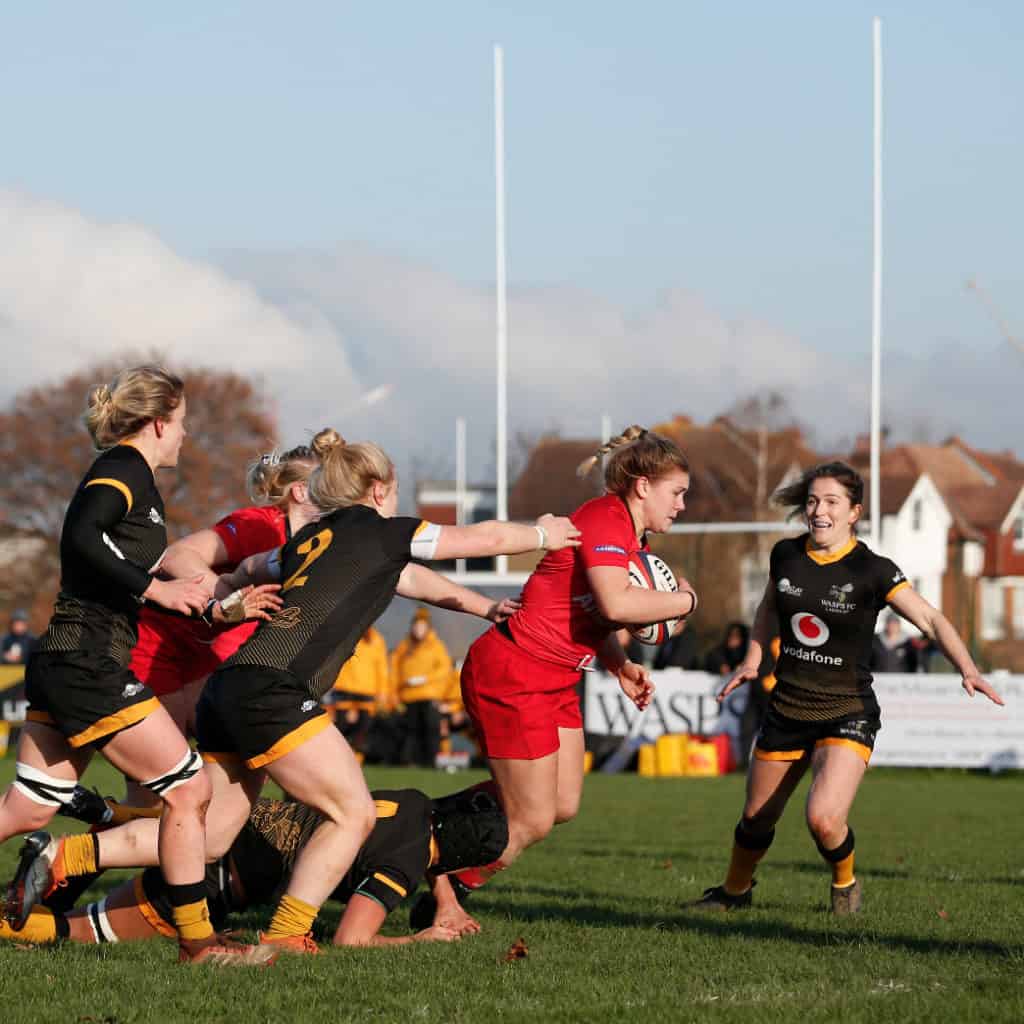 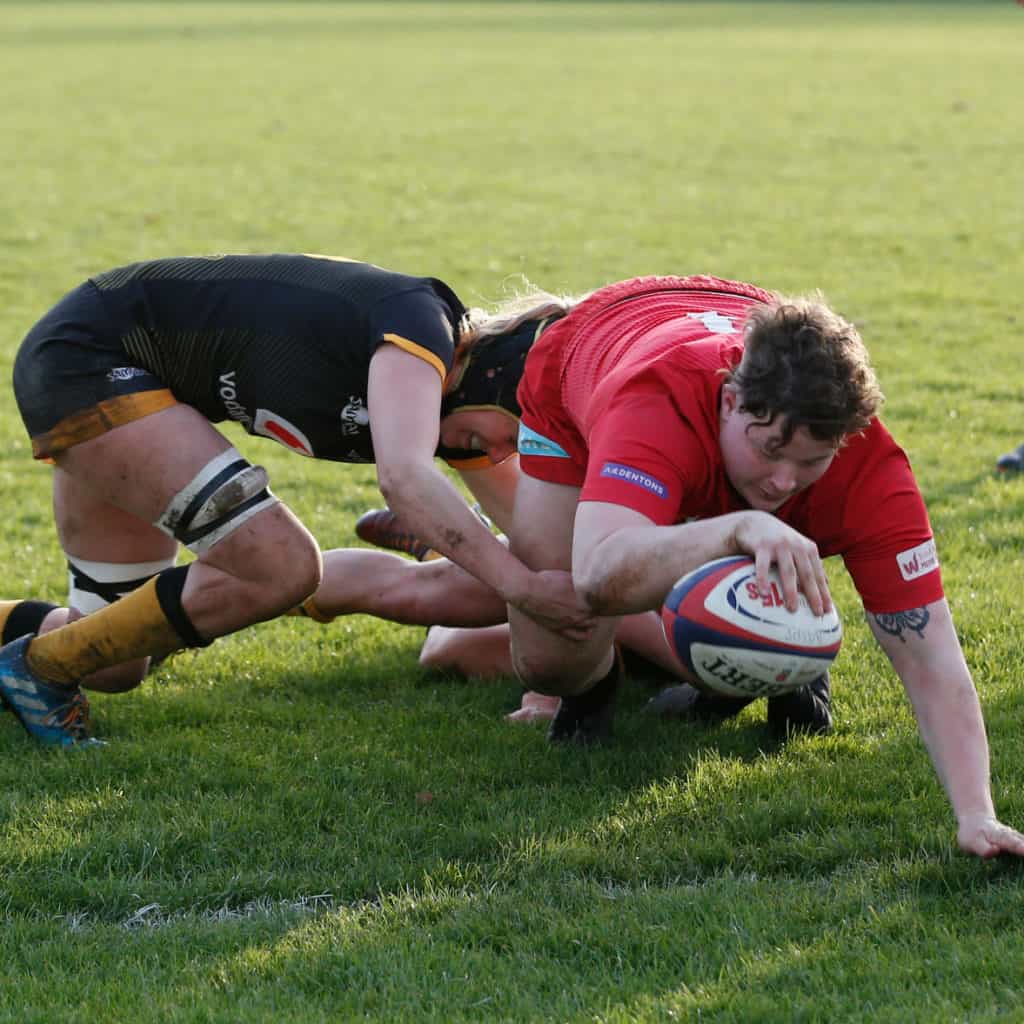 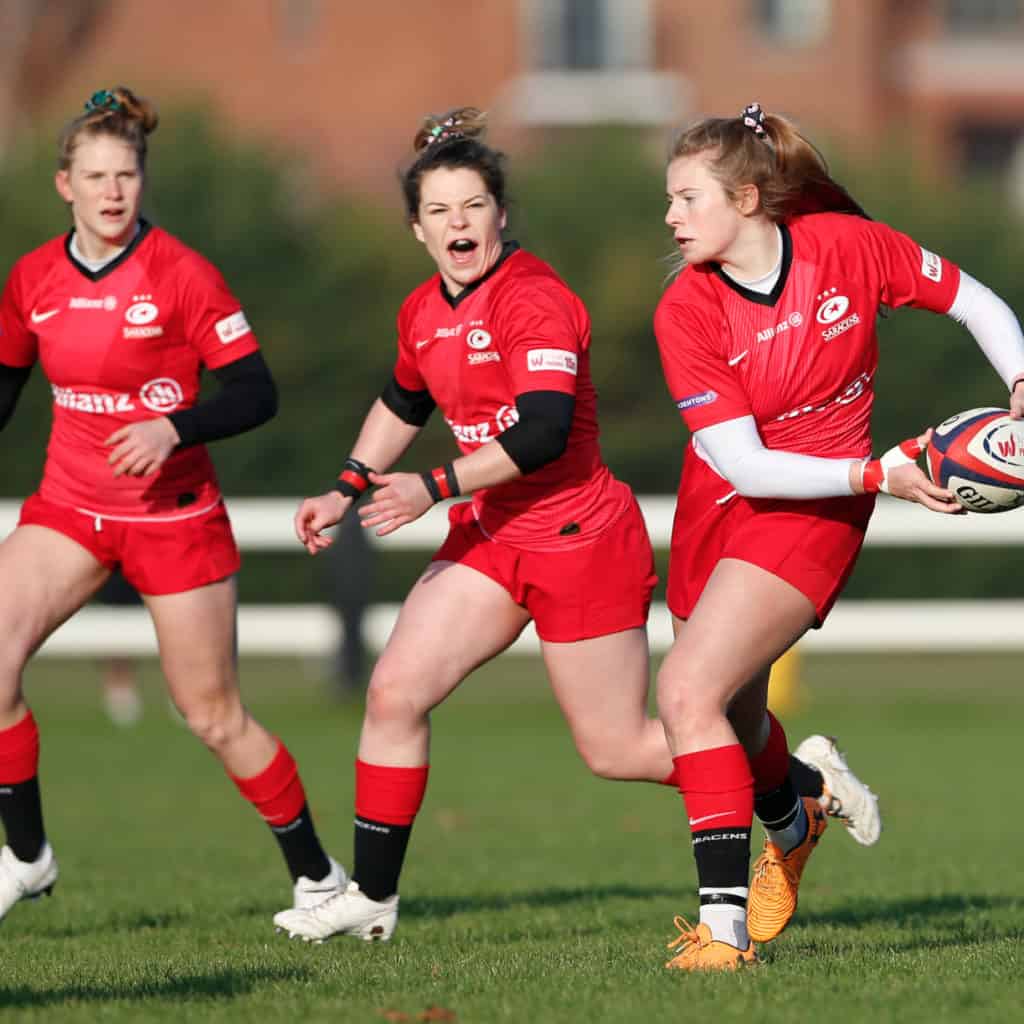 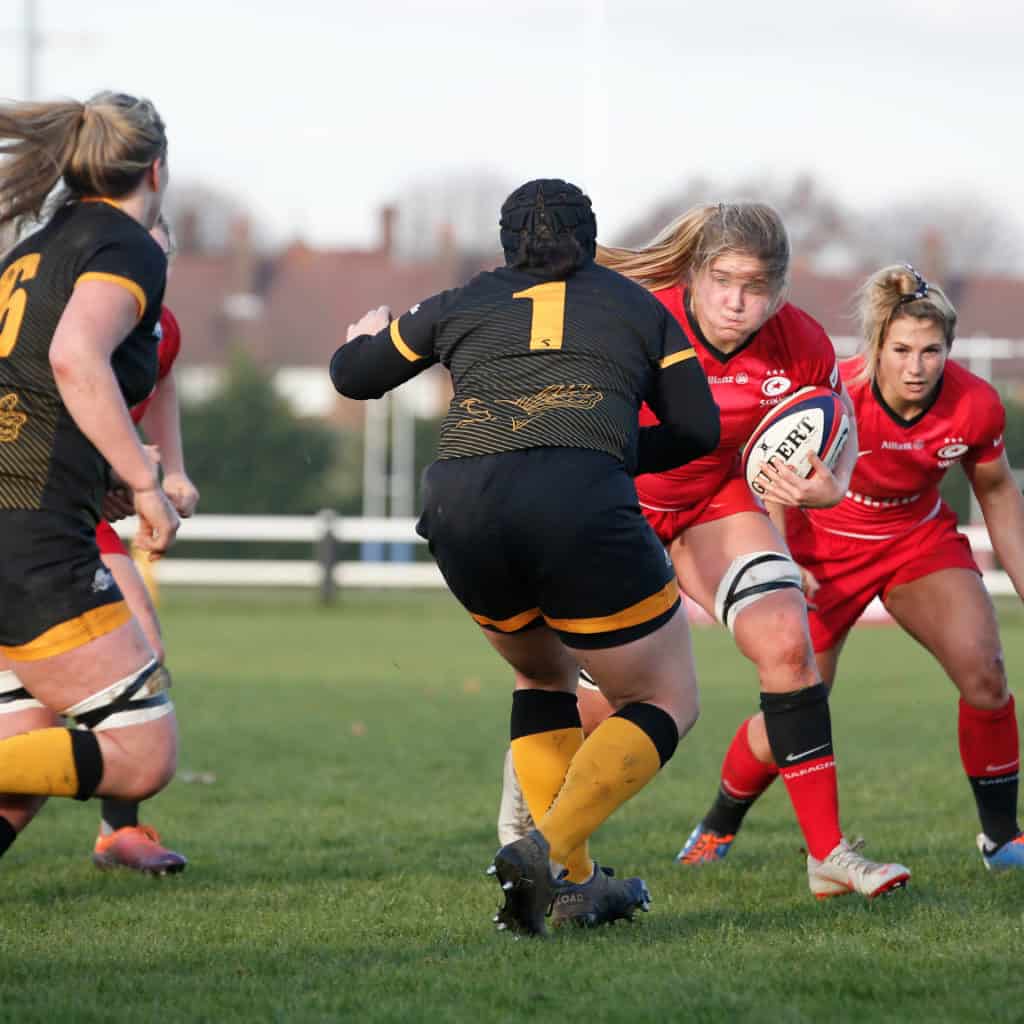 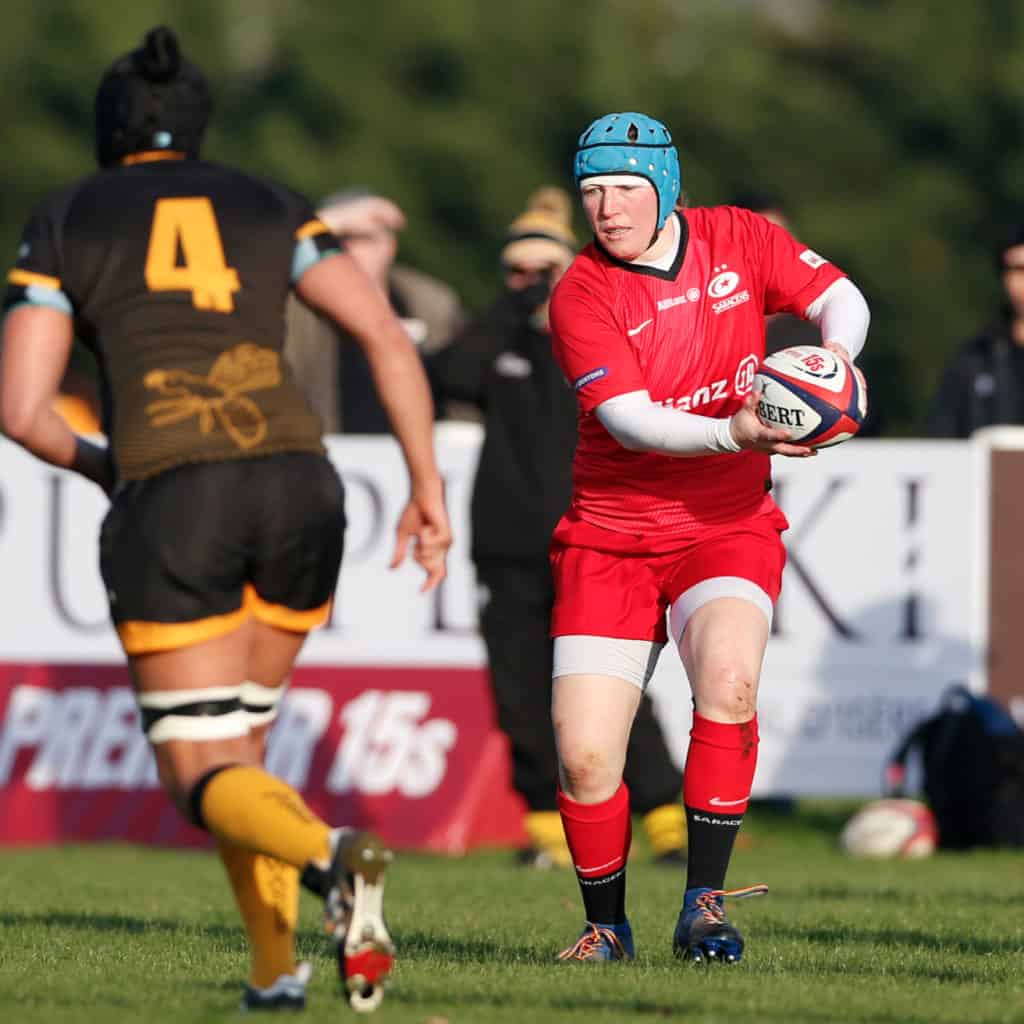