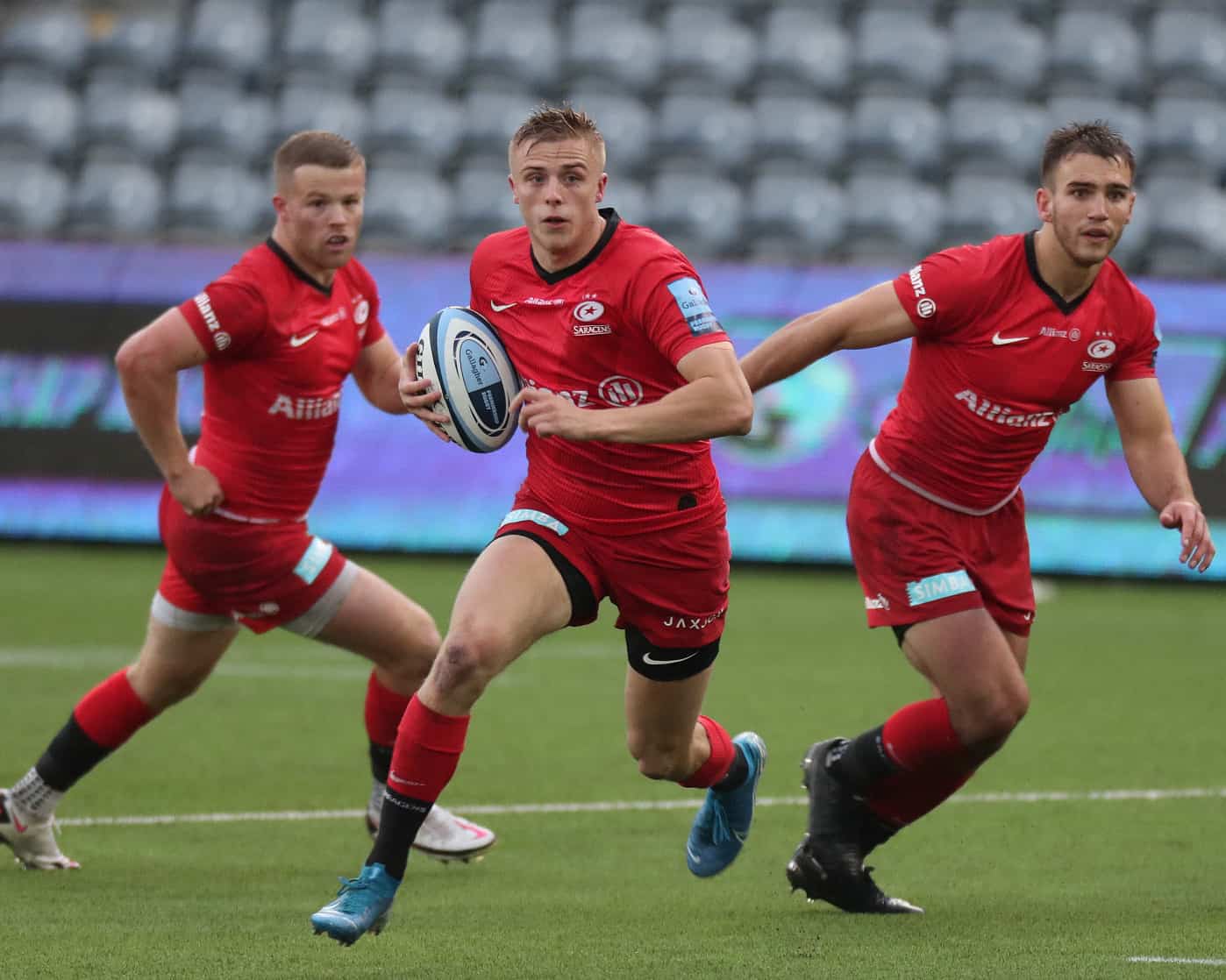 Charlie Watson and Ali Crossdale both scored twice as a young Saracens side secured a last-minute bonus point against an experienced Worcester Warriors outfit at Sixways.

The former cancelled out Francois Hougaard’s opener before replying to Noah Heward’s score to level things up. 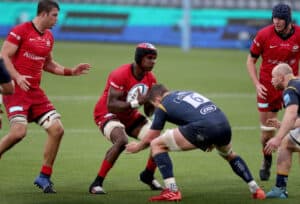 Springbok Hougaared crossed again and a penalty try gave the Warriors a healthy advantage ahead of Crossdale going over for his second of the league campaign.

Manu Vunipola added a penalty in a close second half but two late tries from Ashley Beck and Ted Hill secured victory Alan Solomons’ men despite Crossdale’s finish with the clock in the red.

The heavens opened prior to kick-off resulting in a greasy surface and ball. Both full-backs were tested aerially inside a minute before a Worcester penalty at the breakdown led to the opening try.

The hosts kicked to the corner and played patient rugby around the fringes, and scrum-half Hougaard chose the perfect moment to snipe successfully.

Sarries’ response was positive. Manu Vunipola took control of some scrappy midfield play to put pressure on Melani Nanai in the backfield. The Samoan fumbled back into his 22 and punted out on the full to present the Men in Black with their first attacking opportunity.

Captain Tom Woolstencroft’s pitch was accurate as was the drive that followed. The hooker and Number 8 Janco Venter then barrelled towards the line and a third powerful carry from Juan Pablo Socino resulted in Academy centre Watson collecting a deft offload to score under the sticks. 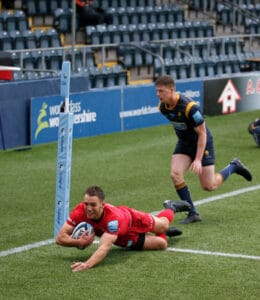 But the visitors were level for only a matter of minutes with Warriors crossing for their second of the match on 17 minutes. Wing Heward raced on to Hougaard’s grubber to finish in the corner.

The Saracens reply was even quicker. Rotimi Segun pounced on a mistake from the restart and lifted the ball deliciously for Watson to crash on to and he defeated Hougaard on the outside to slide in for his brace.

Elliott Obatoyinbo was sin binned for a deliberate knock on which referee Karl Dickson deemed cynical enough to award a penalty try to Worcester to put them ahead by seven once more.

Although the conditions didn’t perhaps suit a lot of running rugby, Worcester grabbed their bonus via some flair. Moving the ball quickly to the left, Heward skipped on and nudged inside for Hougaard to pounce.

As half-time loomed, proceedings tightened as the rain continued to pour until Vunipola spotted space on the left. His pass released Obatoyinbo’s whose punt rebounded off a home player and fell kindly for Crossdale to hack on and score on his return to the side.

The interval proved a chance to breathe after seven first-half tries but Worcester continued the relentless nature of the contest early in the second period with their rolling maul causing problems. 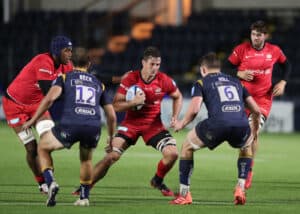 Replacement Sam Crean received a yellow card for illegally thwarting the hosts’ 10-metre rumble and despite having a man less, Sarries were physical in denying Warriors inches and won a penalty for their hard work. Pressure relieved.

Mark McCall’s side were almost rewarded for their defensive efforts whilst down to 14. Tom Whiteley spotted space on the blindside and his measured poke through was gathered by Crossdale, but the speedster’s knee unfortunately brushed the touchline as he dotted down.

Clearcut opportunities for both sides eased but the momentum was well with Saracens and Vunipola collected three points with 15 minutes left to narrow the gap to six.

However, the kick seemed to add intensity to Worcester’s game and they edged further in front to see out the game when midfielder Beck trotted in.

Hill rounded off the scoring for Warriors but it was Saracens and Crossdale who had the final say. The winger squeezed into the corner to sign off a valiant personal and team display.

There were plenty of positives for the young Saracens group to take back to north London, including first starts for Watson and Cameron Boon, as well as Premiership debuts for Ollie Stonham, Jon Kpoku and Ethan Benson. Plenty of positives to take into the new era.