“It was not a pretty game but we’re delighted with the result.” – Richard Wigglesworth

Owen Farrell collected 20 points on his return to club rugby as Saracens ran out 25-12 winners at Bath.

The England skipper was flawless from the boot on a cold evening at The Rec with six penalties to Rhys Priestland’s four and a conversion to add to Sean Maitland’s first-half touchdown.

With the pitch cutting up in several spots, Priestland and Farrell traded kicks in the opening 10 minutes with neither side able to make a dent the opposition’s defence.

Both fly-halves made it two from two as the game remained tight and cagey, though Sarries had the better of the ball on the front foot; Jamie George and Brad Barritt making in-roads into the home 22.

Handling errors aplenty, the ball just wouldn’t stick for a blue or red shirt to have a serious attack, yet Bath were in the prime position to do just so.

Deep into away territory, the Somerset outfit had the perfect opportunity to drive for the Sarries line, however a superb defensive maul thwarted any score.

The Wolfpack D was in full effect. Hit after hit after hit pushed the hosts back to the 22, but a misdemeanour at the ruck allowed Priestland another shot at goal and he made no mistake.

The response was perfect. Reclaiming possession from the kick-off, slick handling saw Mark McCall’s men punch their way beyond Bath’s line. They absorbed a number of blue, black and white jerseys before slinging to the ball to the left where Elliot Daly displayed great composure to feed Maitland in for the score.

Farrell’s extras gave Saracens a seven-point lead at the interval and it was almost furthered when Bath attempted to be clever by running from their own dead-ball. Semesa Rokodunguni felt it right to get rid but was charged down and Barritt slid home for what he thought was a sound try only for Maro Itoje’s pass to be deemed forward.

Another Farrell penalty kept the scoreboard ticking over and it seemed to spring Bath into life with the realisation they were now trailing outside the losing bonus margin.

Tom Homer split Sarries’ backline in half on a gallop, exciting the home crowd and Priestland got them out their seats again with a long-distance nudge.

Farrell cancelled his single strike out with two tee-shots of his own to wrap up an all-important victory in the West Country. 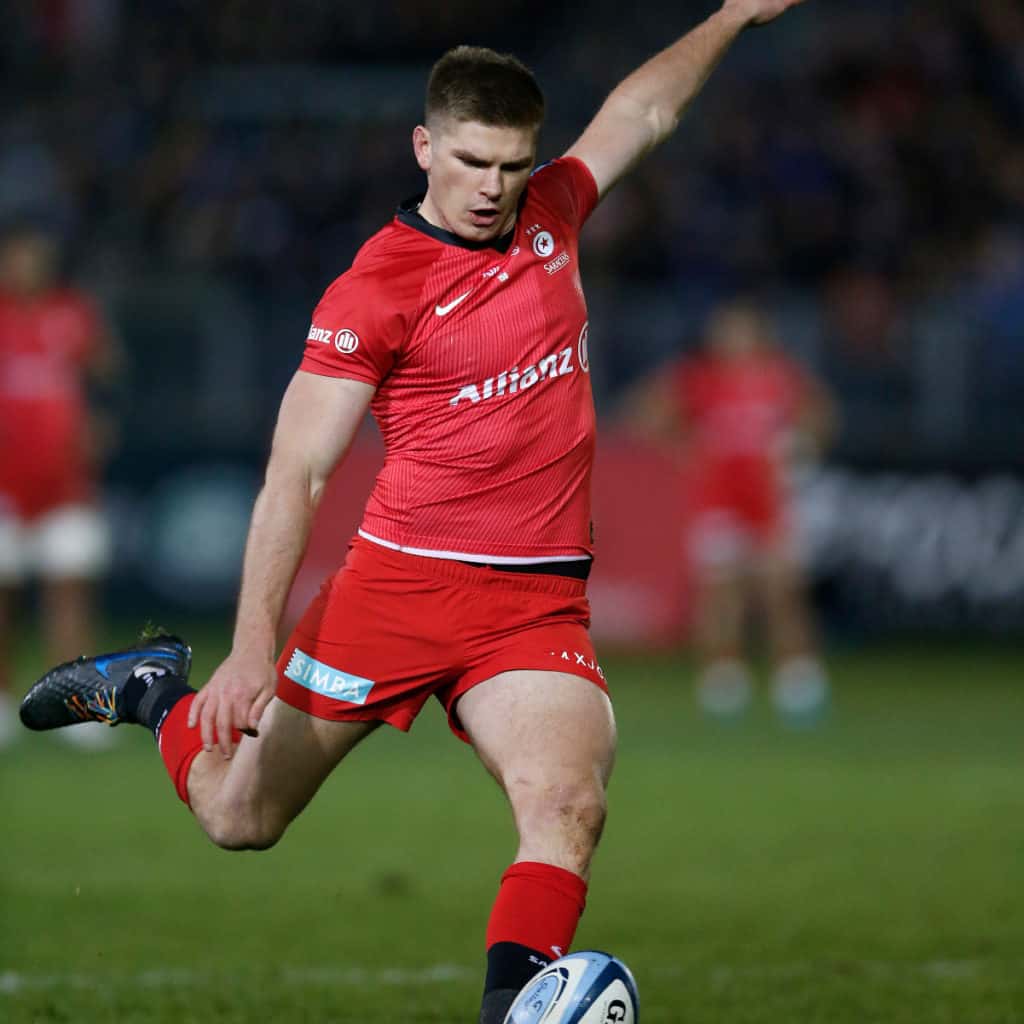 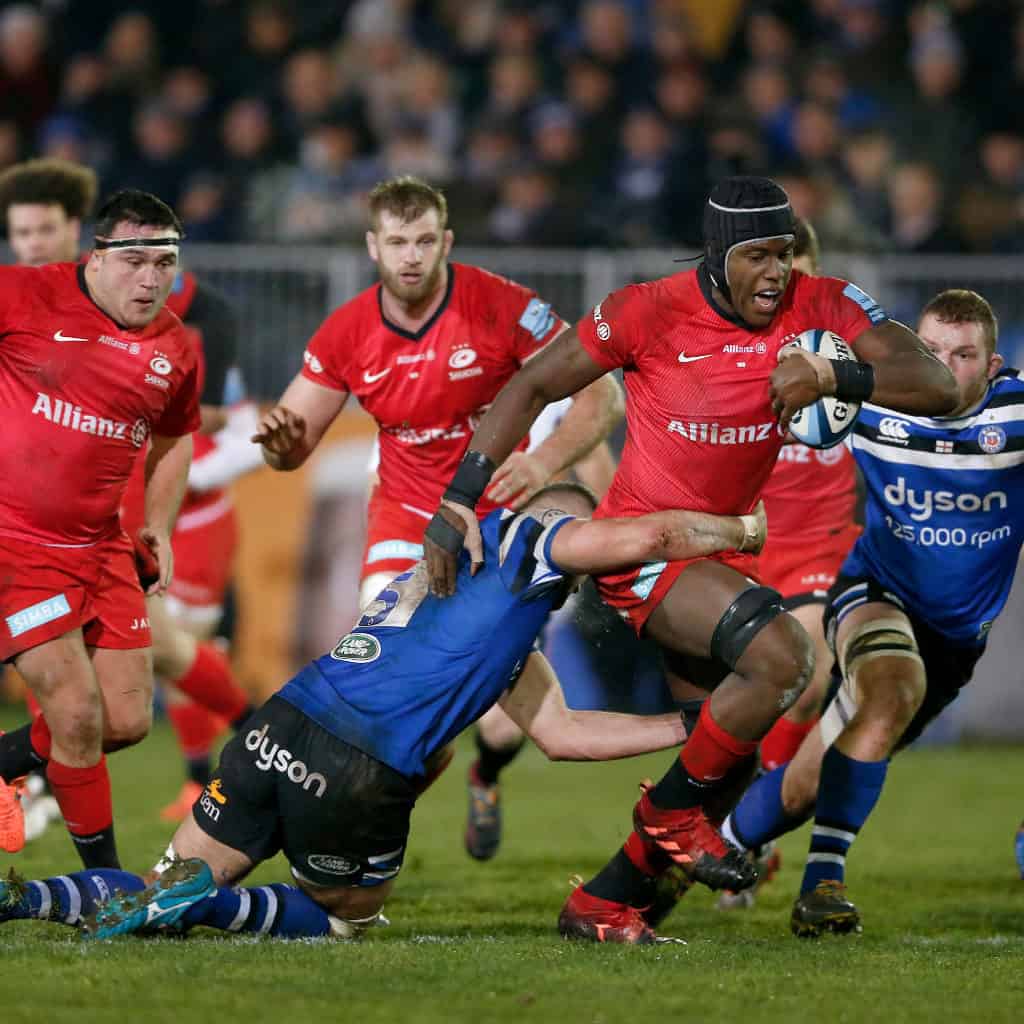 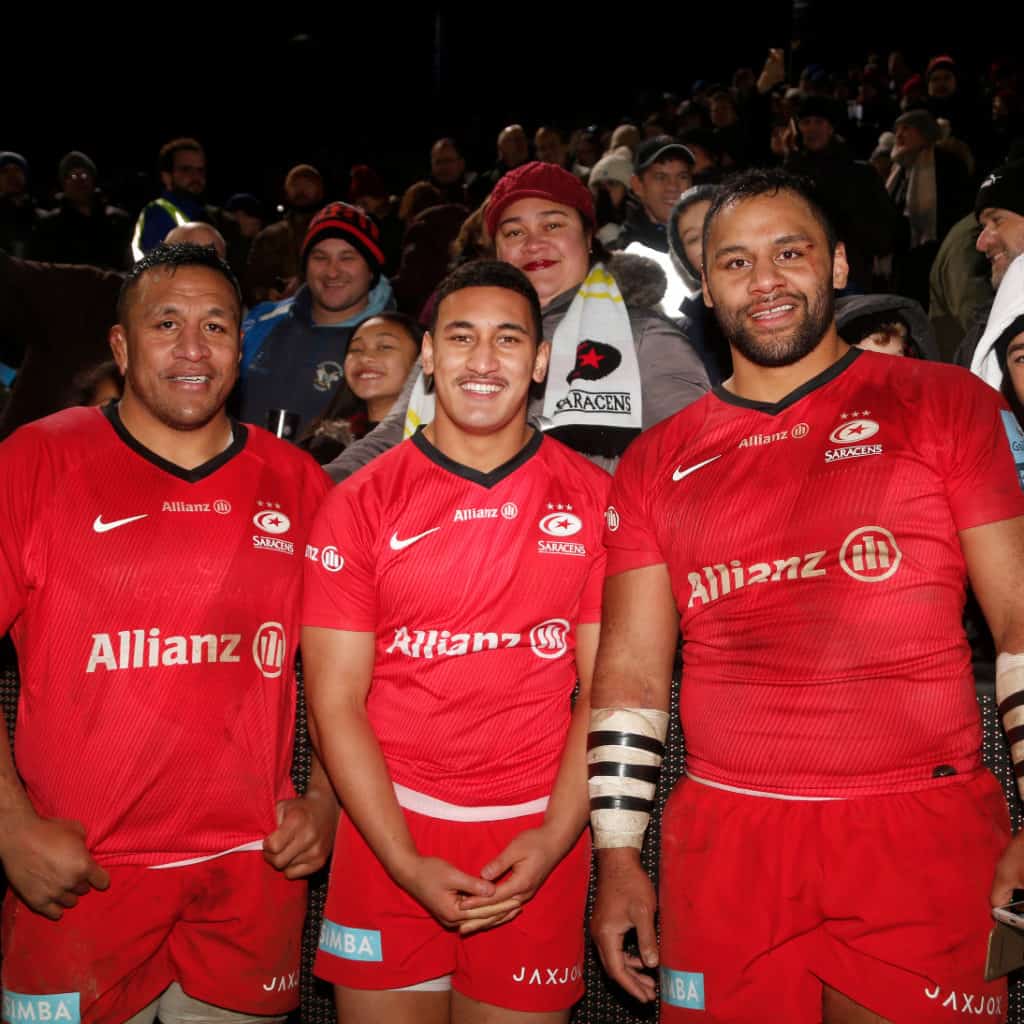 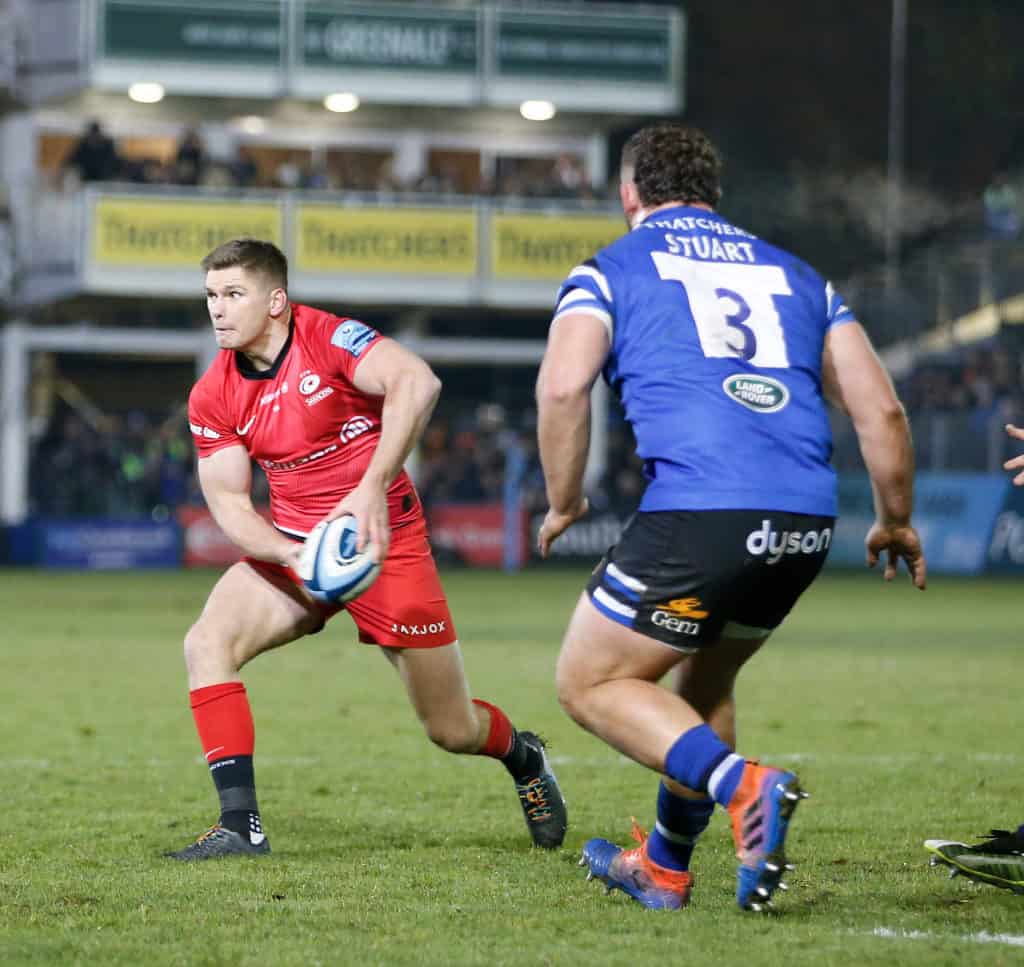 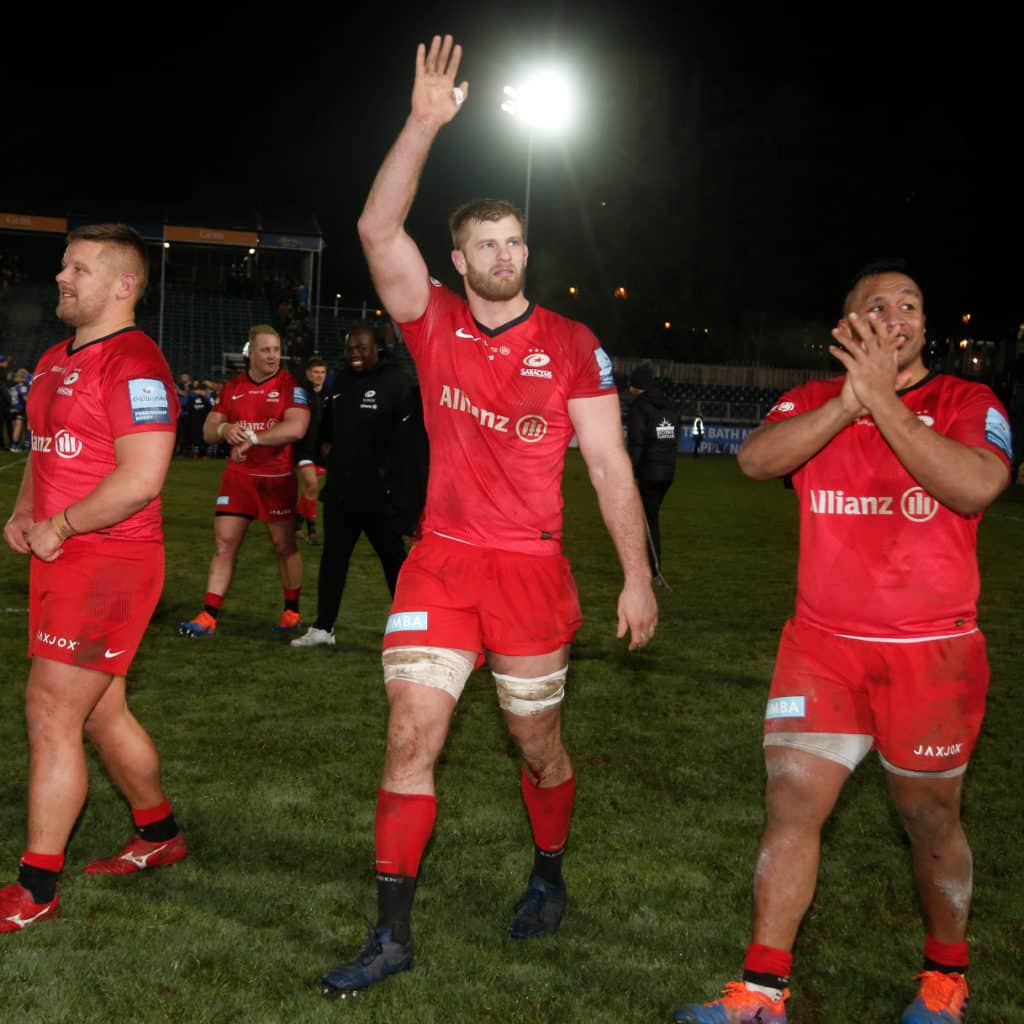 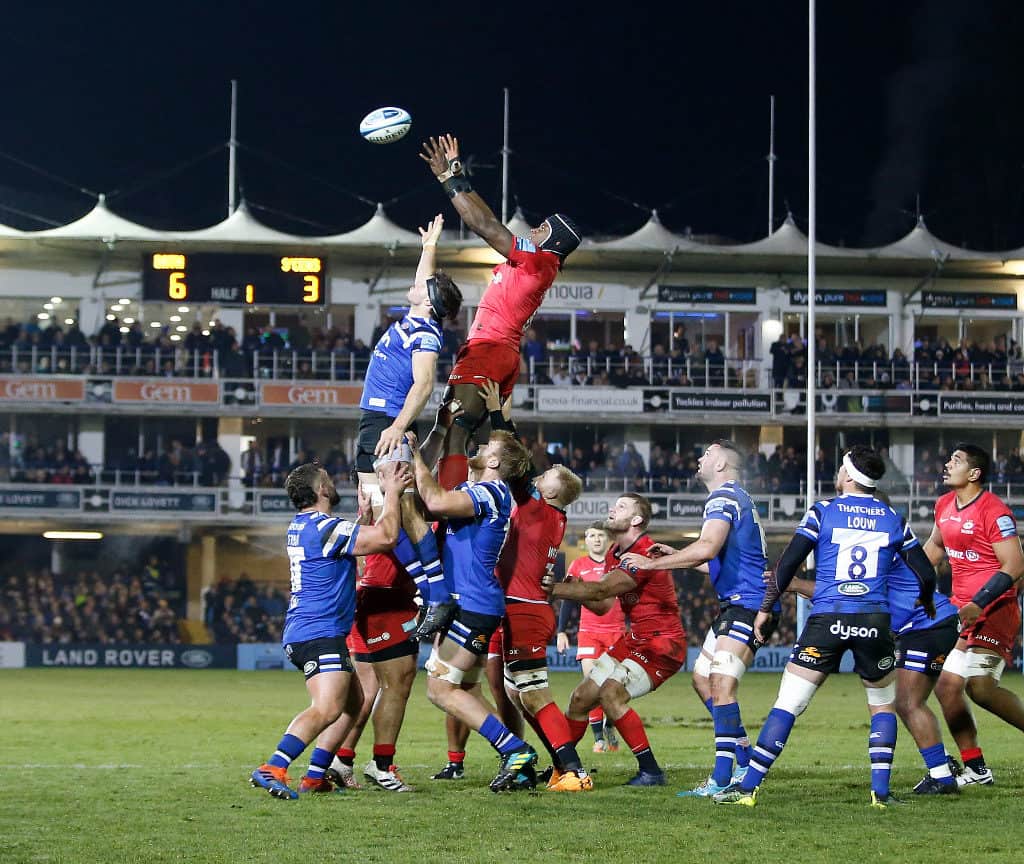 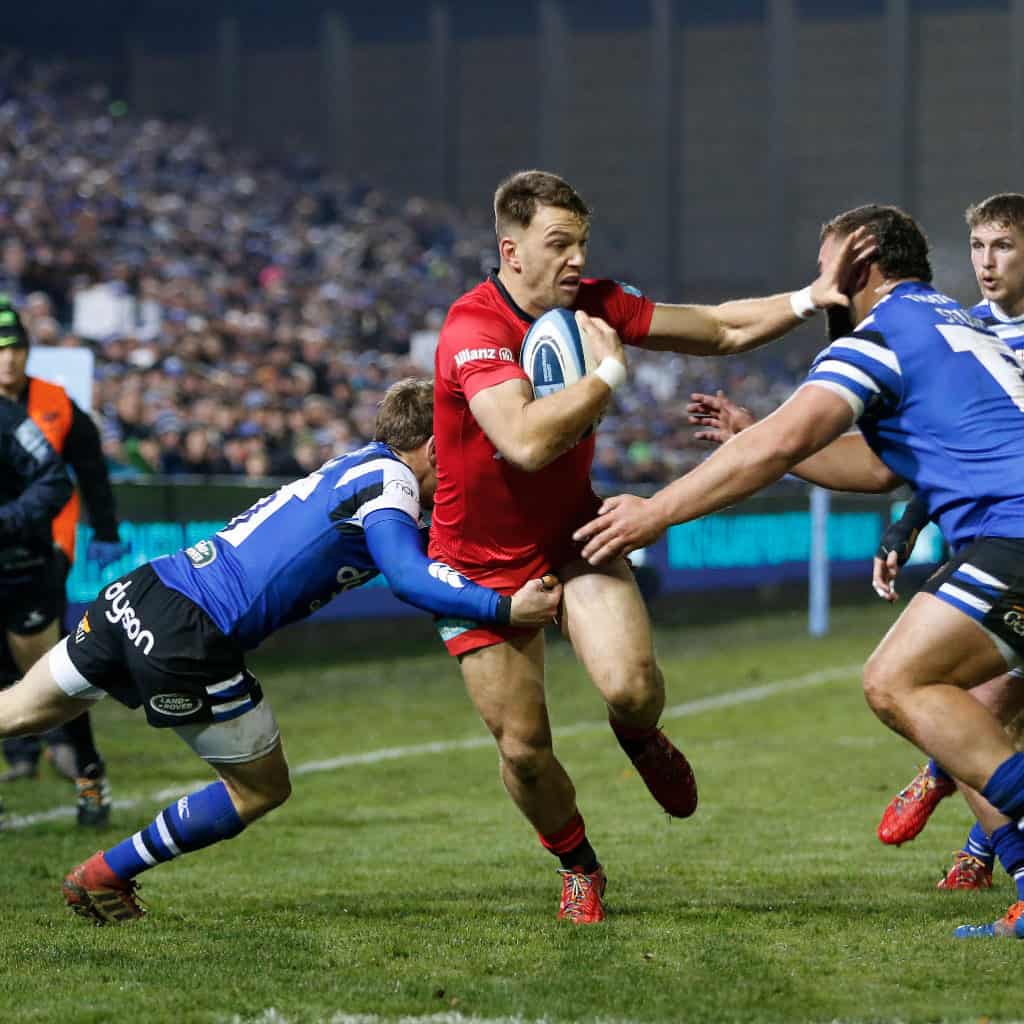 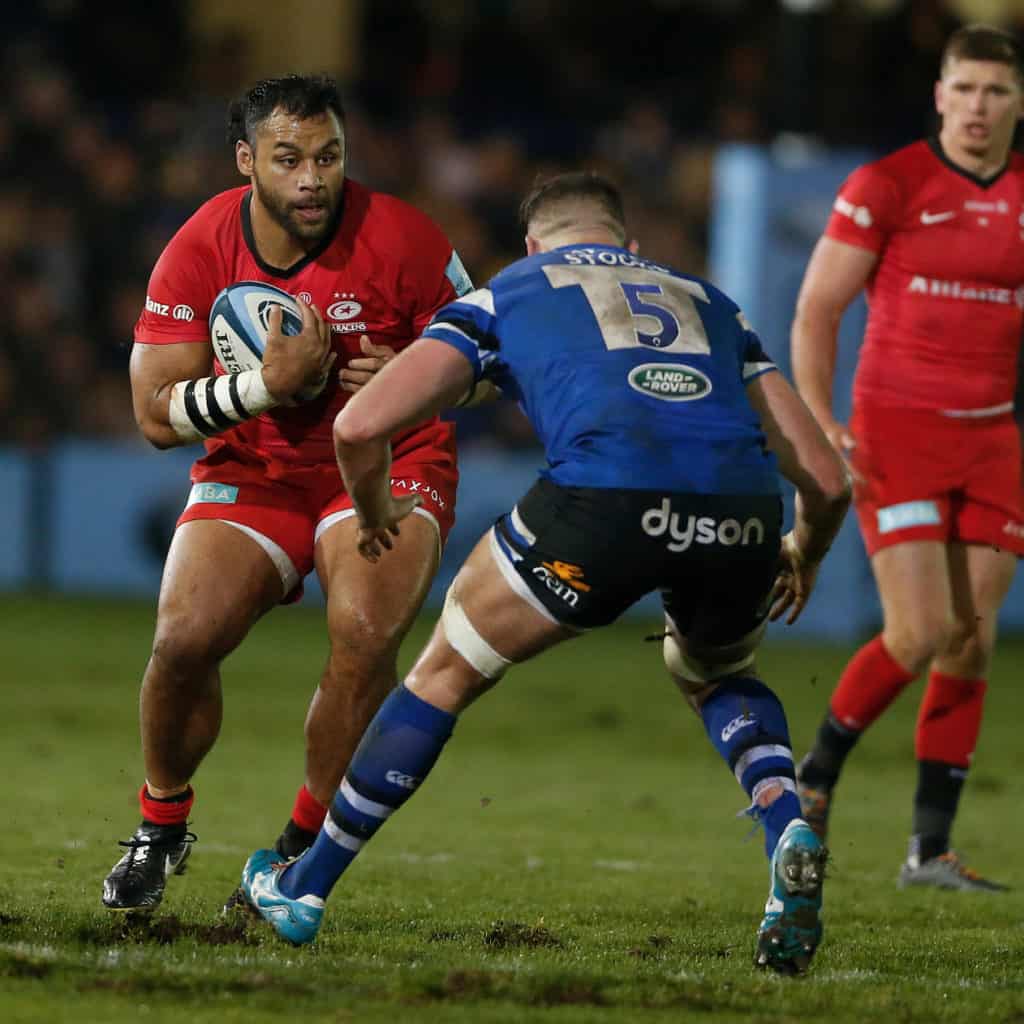 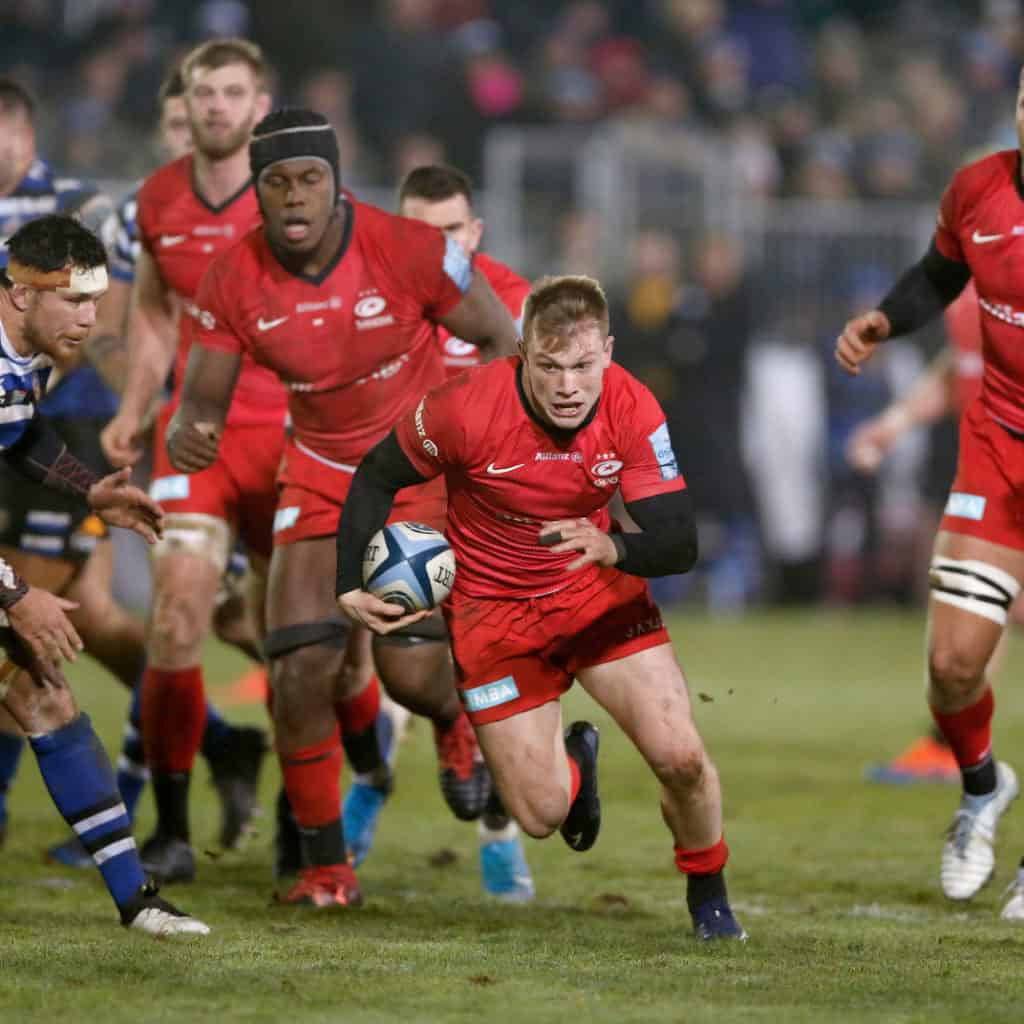 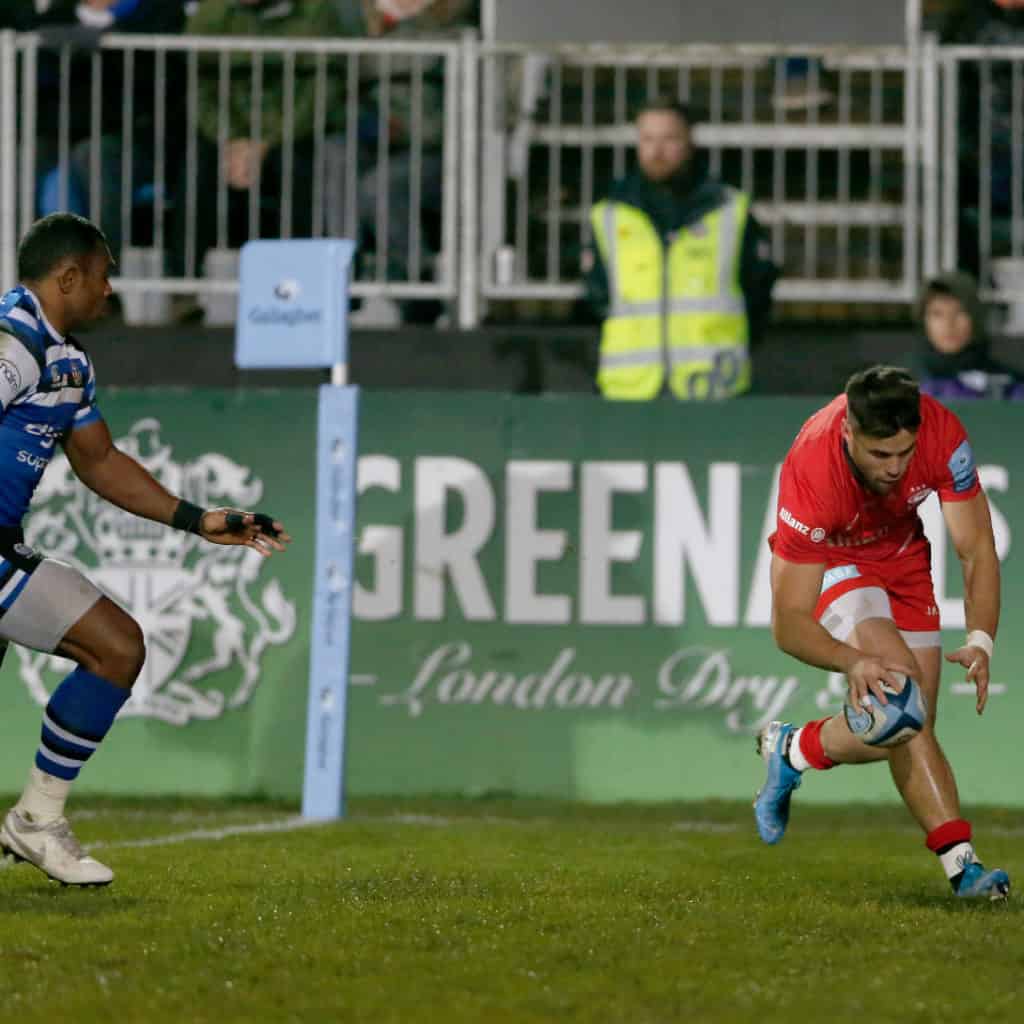 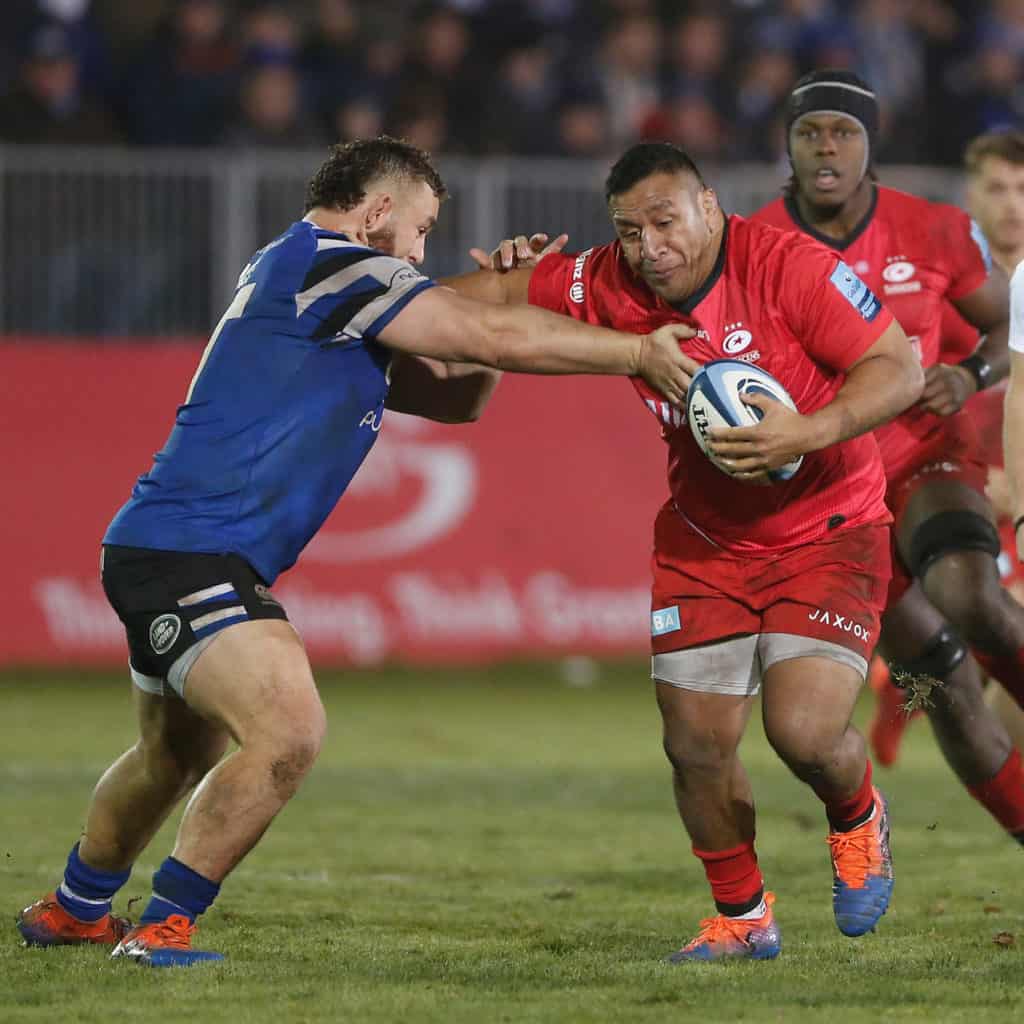