After a fairly even start, the Development team soon got on the scoresheet through Georgie Lingham, the winger showing her footballing skills to kick ahead and beat the covering defence to the ball.

She doubled up not long after, as she out-paced the Bristol defence for a fine individual try.

Both tries were converted by fullback Ellie Lennon to put Saracens out to a 14 – 0 lead.

Three more tries followed in the first half with the forwards getting in on the scoring action.

Sarah Bebbington followed up a break by centre Cara Wardle to go over while second row Lauren Newman showed her ability in open play to race in under the sticks.

There was still time for Bebbington to make it a first half double as cut a great line to split the Bristol defence. Two more conversions by Lennon put Saracens 33 – 0 up at half-time.

Hooker Libby Lockwood got the scoring underway in the second half as she showed her strength to muscle her way through the home team’s defence.

The home team responded to finally get the scoring underway and bring the score back to 38 – 7.

The comeback was always unlikely but Lingham made sure of it as she got her third before Bristol got their second to take the scoring to 45 – 14.

The second 40 minutes was a scrappier affair but Mel Lancaster came off the bench to ensure Saracens finished on a high and brought up the half-century. 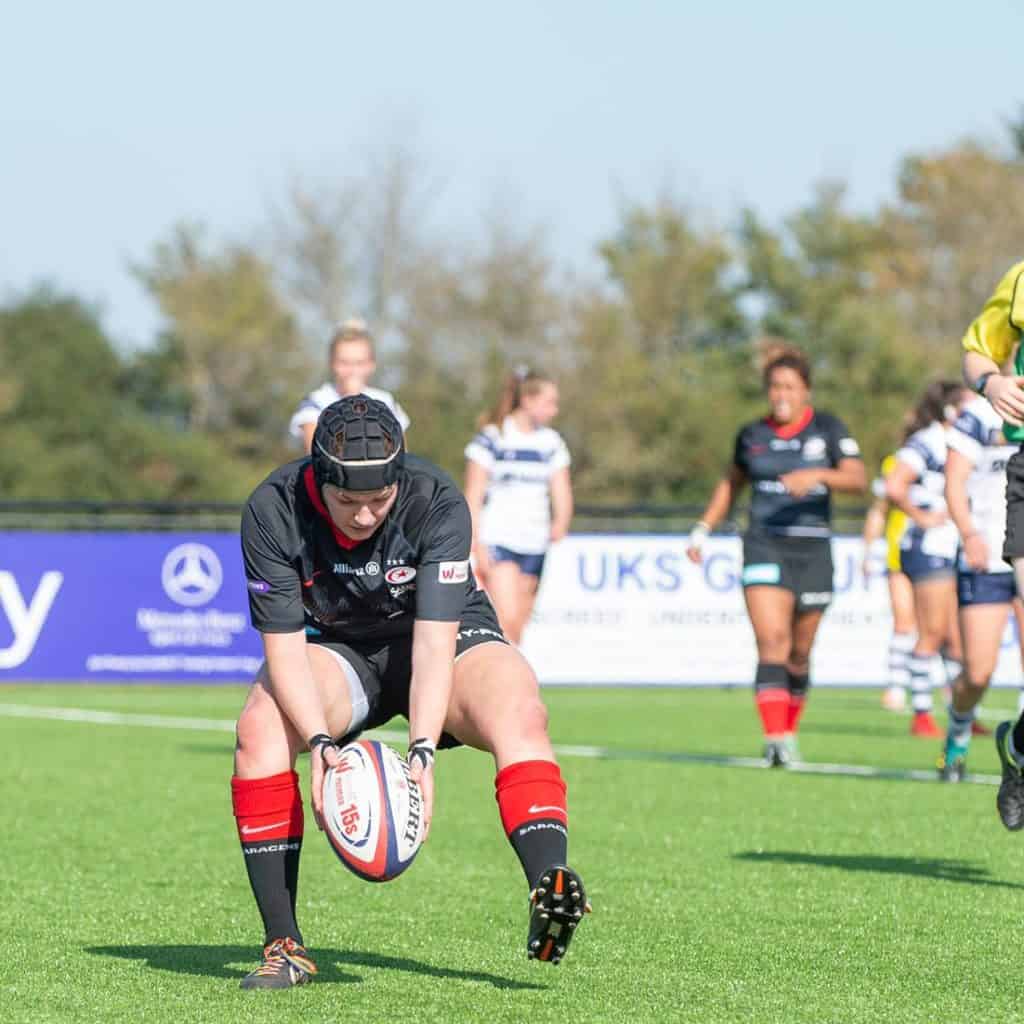 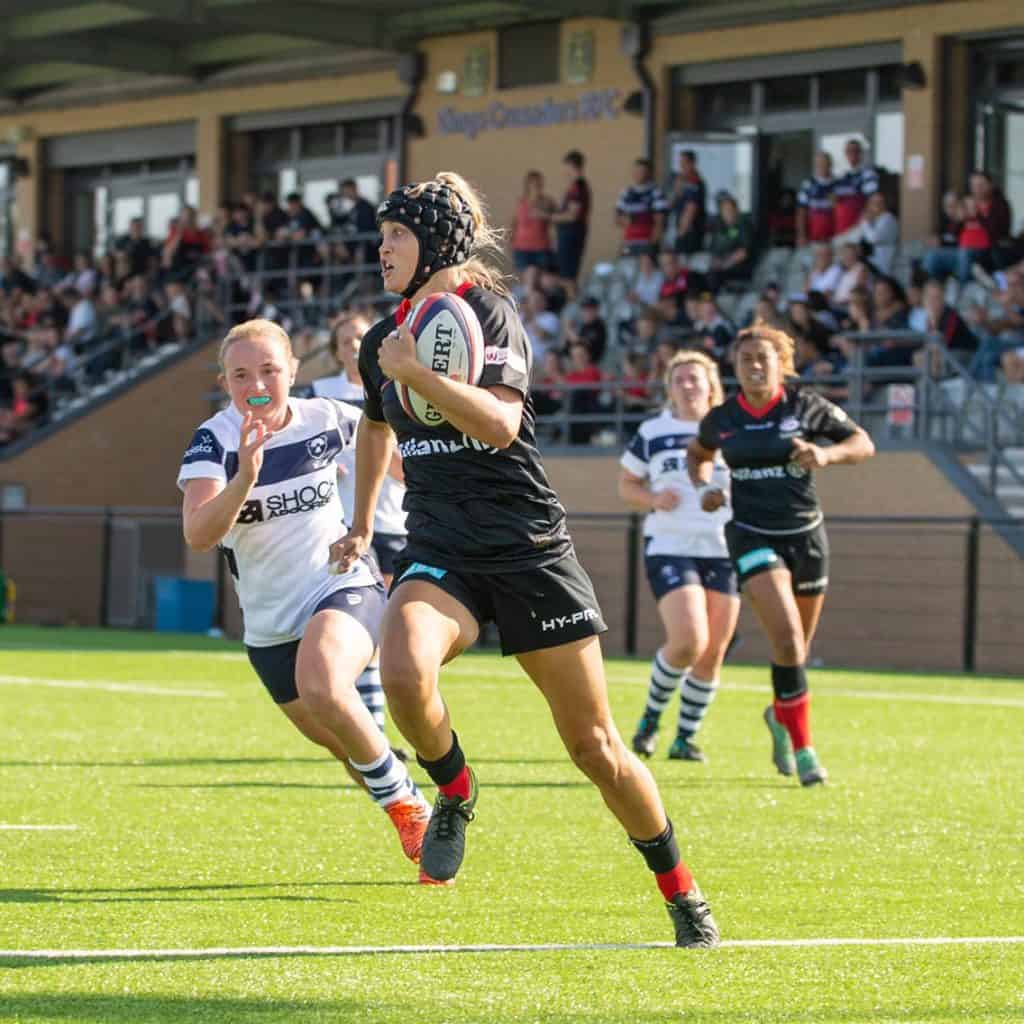 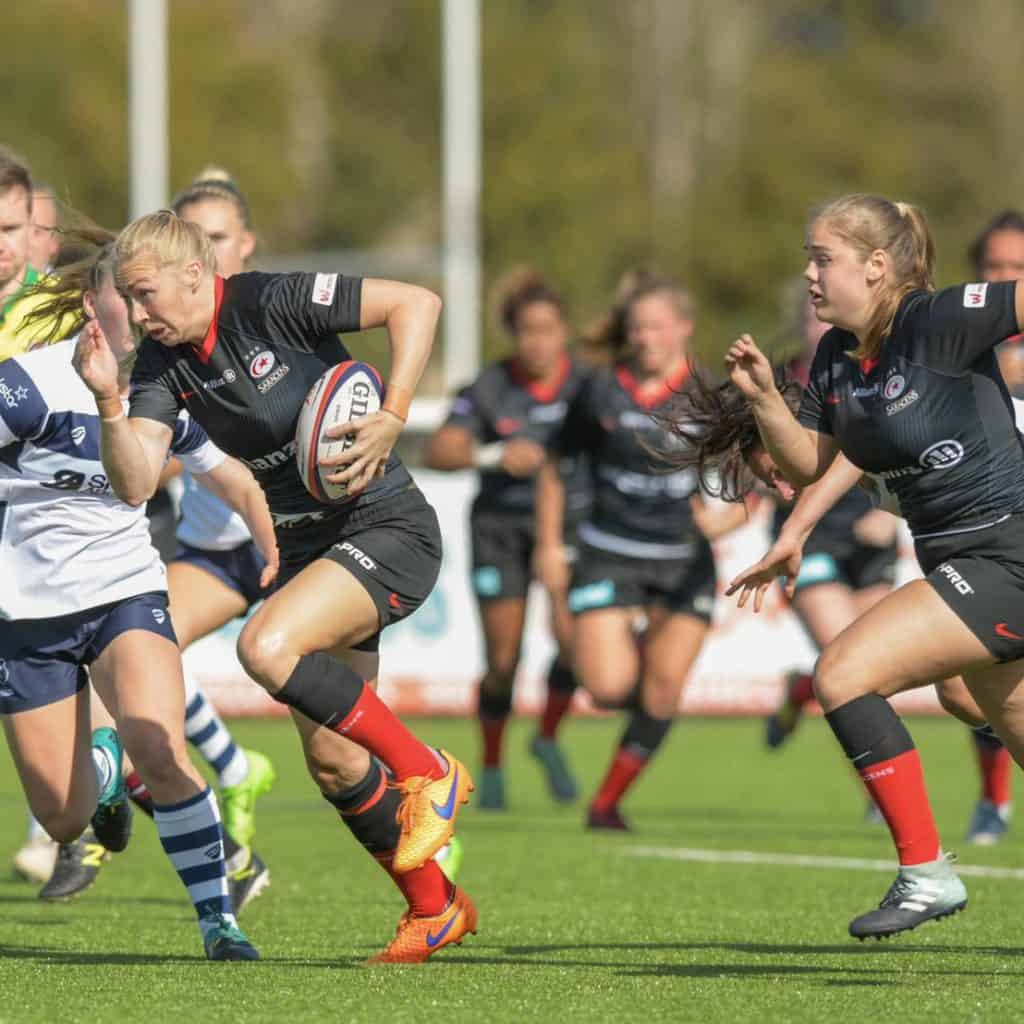 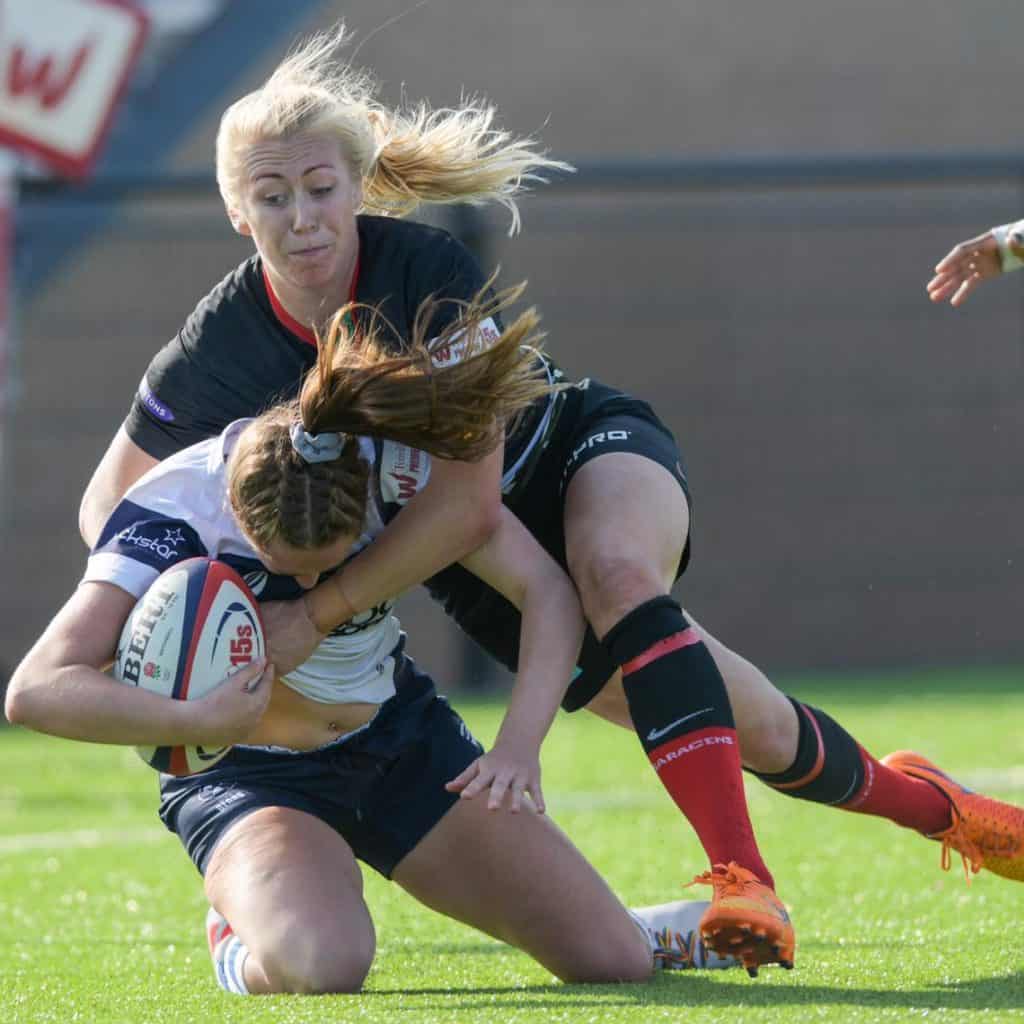 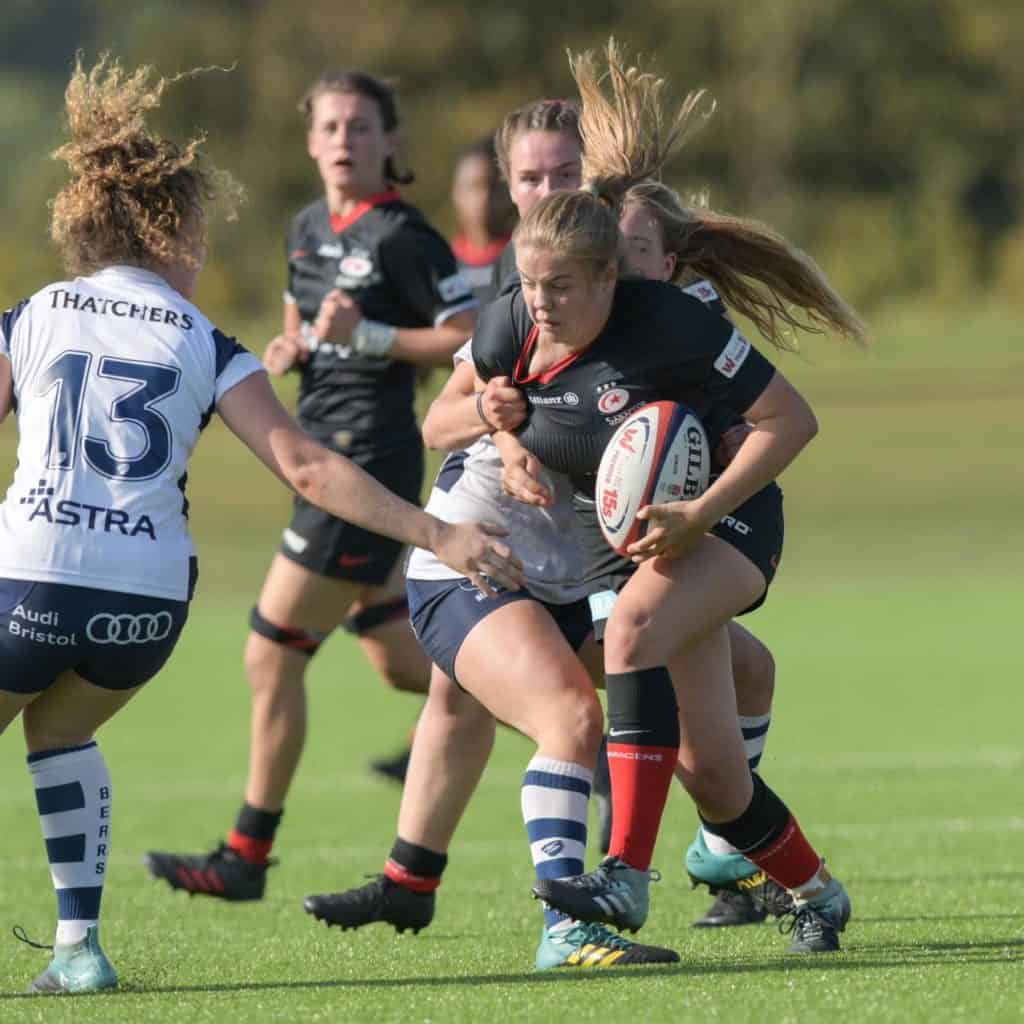 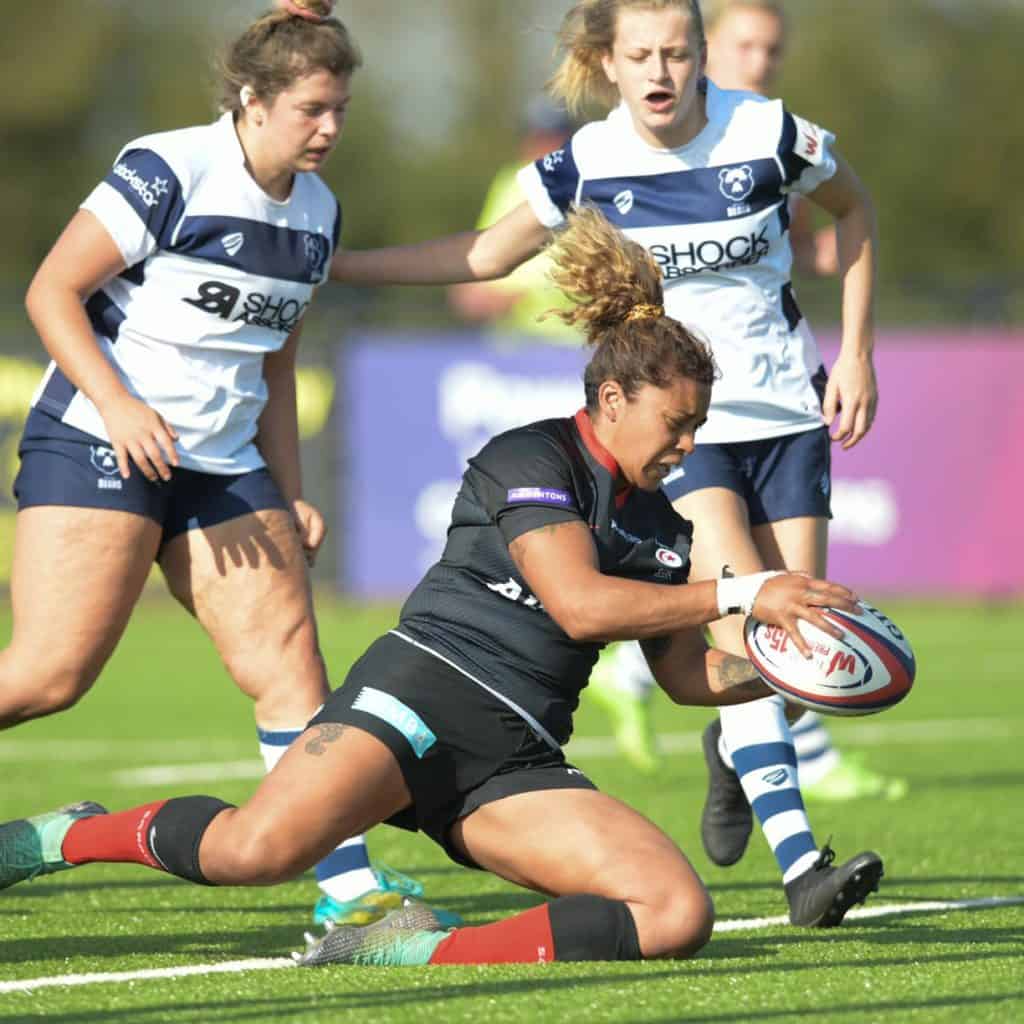 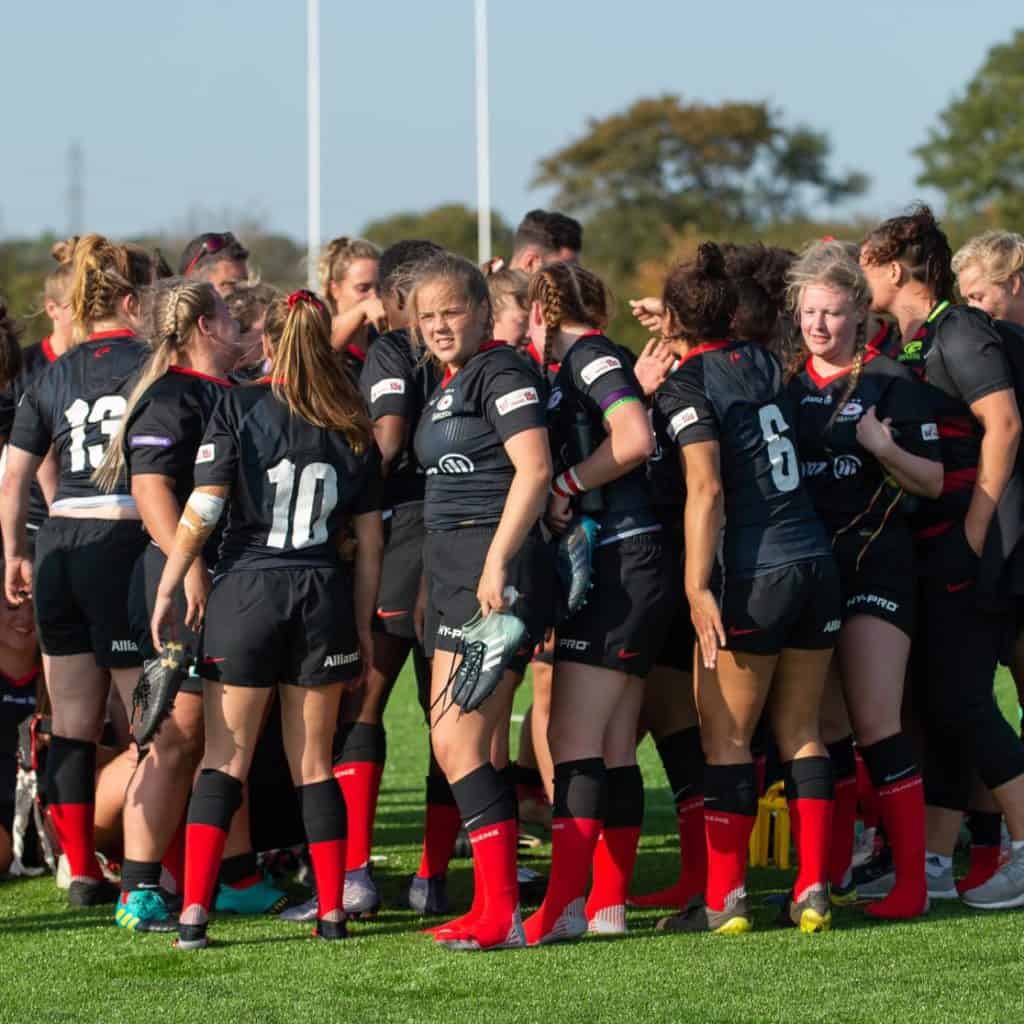 Match highlights to be added soon