“Cardiff are a really good team and they put it to us today.”

Saracens were made to grind out a 26-14 victory over Cardiff Blues to make it four wins from four in the Heineken Champions Cup.

Sean Maitland scooted over for the opener and Owen Farrell’s boot gave them a 10-0 lead before Rey Lee-Lo crossed to reduce the deficit.

Gareth Anscombe kicked the conversion and had a second pop prior to the interval when Dan Fish ran in unopposed to turn the match on its head.

However, two second-half penalties from Farrell and a late Jamie George try ensured four points were heading back to north London.

As damp as the occasion was with rain pouring from the Welsh skies from dawn until kick-off, Maitland brightened the afternoon for those in Saracens red on nine minutes.

With advantage being played, Alex Lewington collected a loose bouncing ball and his soft hands found the Scotland international who ghosted past four defenders on his way to the corner.

Farrell landed a superb touchline conversion and followed up with a simple penalty in front of the sticks as the visitors began to up the intensity, forcing Cardiff into unforced errors.

Ill-discipline of their own cost Sarries metres which Blues profited from. Instead of selecting a certain three, Blues opted for a scrum and from the base Nick Williams picked creating space for Lewis Jones to put Lee-Lo over.

Another Farrell strike put further distance between the two teams, but a late first-half score edged the hosts ahead.

Anscombe chip was well-gathered by Garyn Smith and his pop inside gave Fish an easy run to the line and in-turn offered Wales fly-half Anscombe a straightforward chance of adding the extras.

Behind at the break, Saracens rallied much like they did the previous week but found themselves shutout by a stubborn Blues defence.

It took until the 55th minute for Farrell to nudge the Men in Black back in front and although Sarries had the lead, they were a man light after losing Will Skelton to the sin bin.

The heavens began to open once more and after Farrell added another penalty and George squeezed over to maintain Saracens’ unbeaten record in 2018/19. 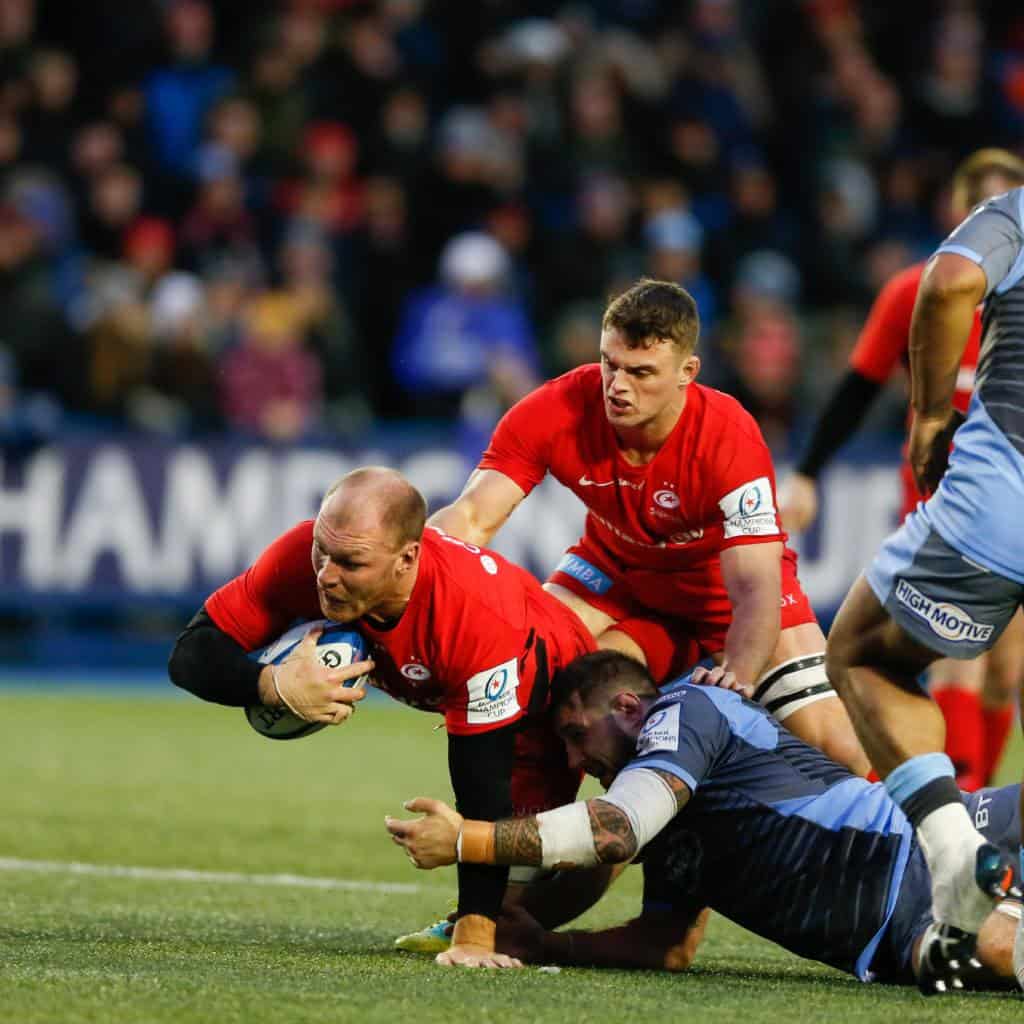 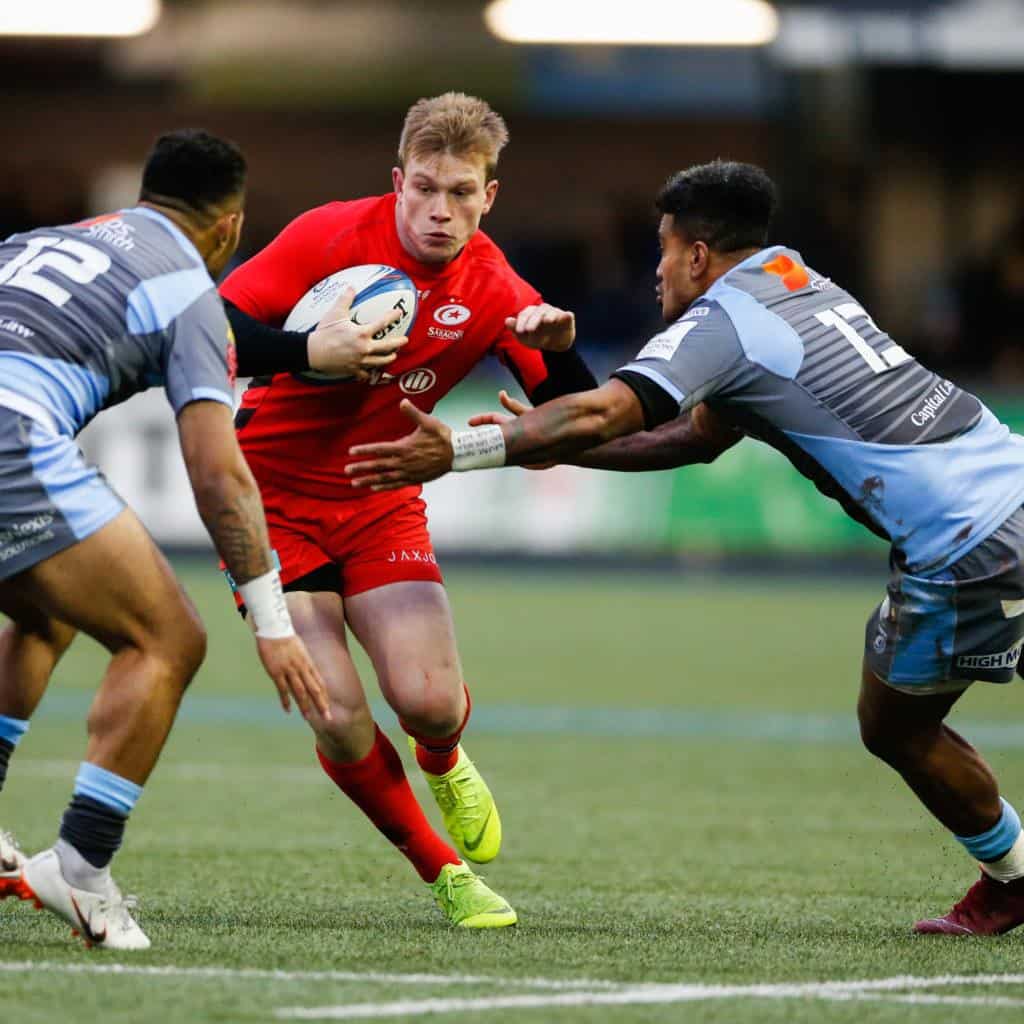 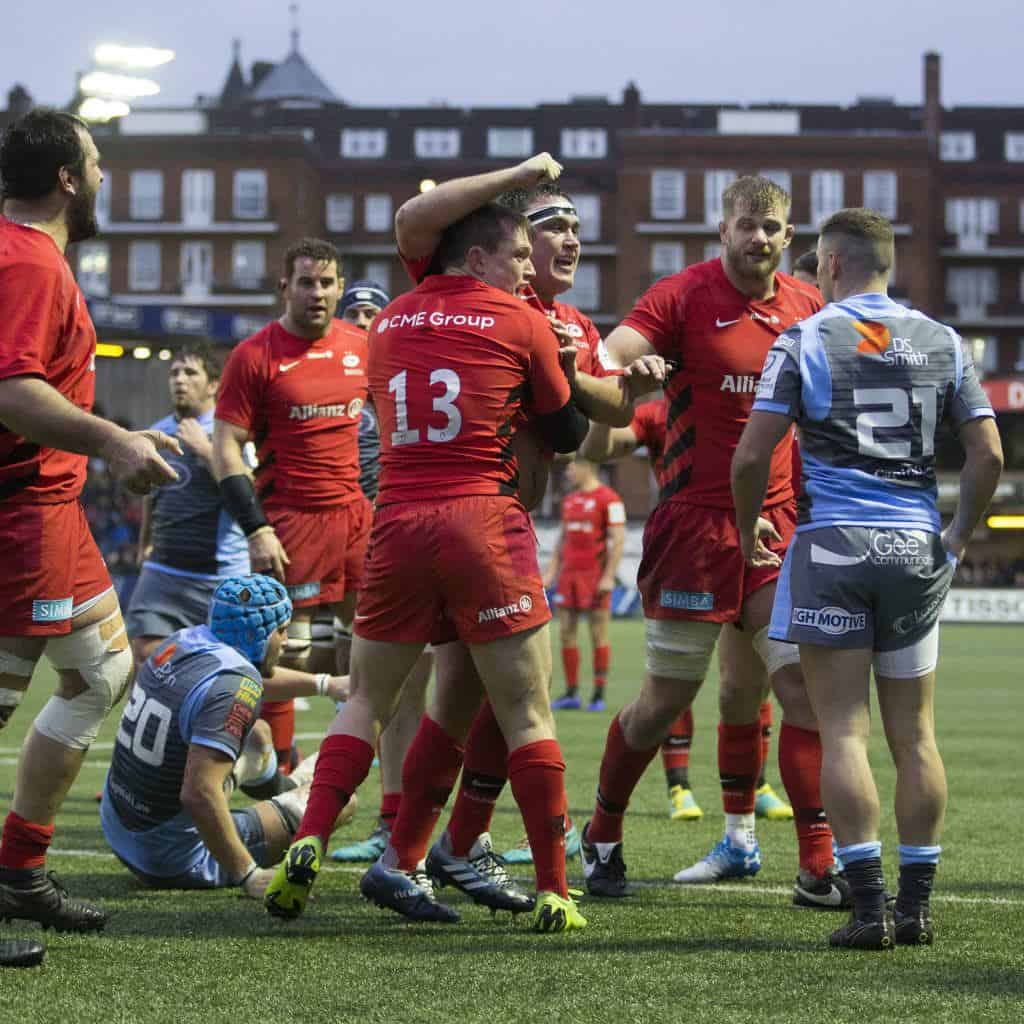 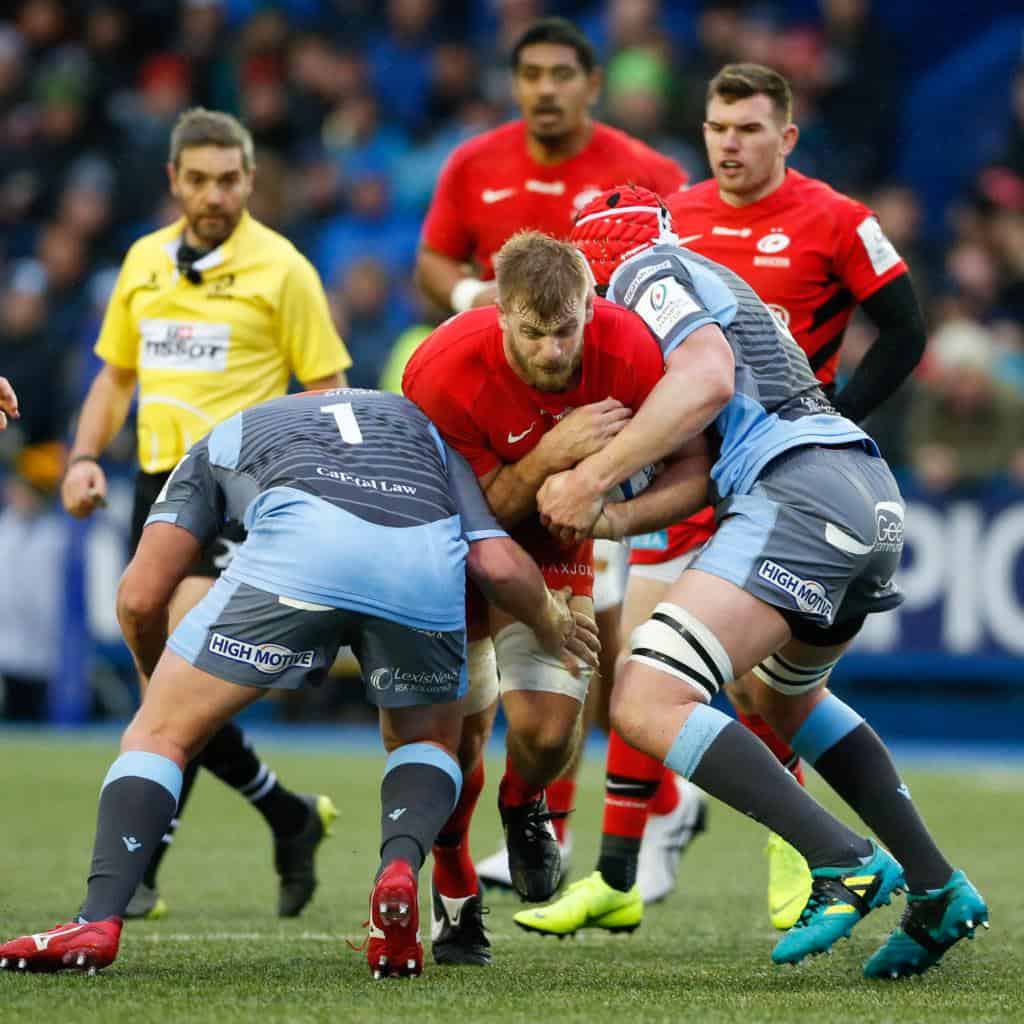 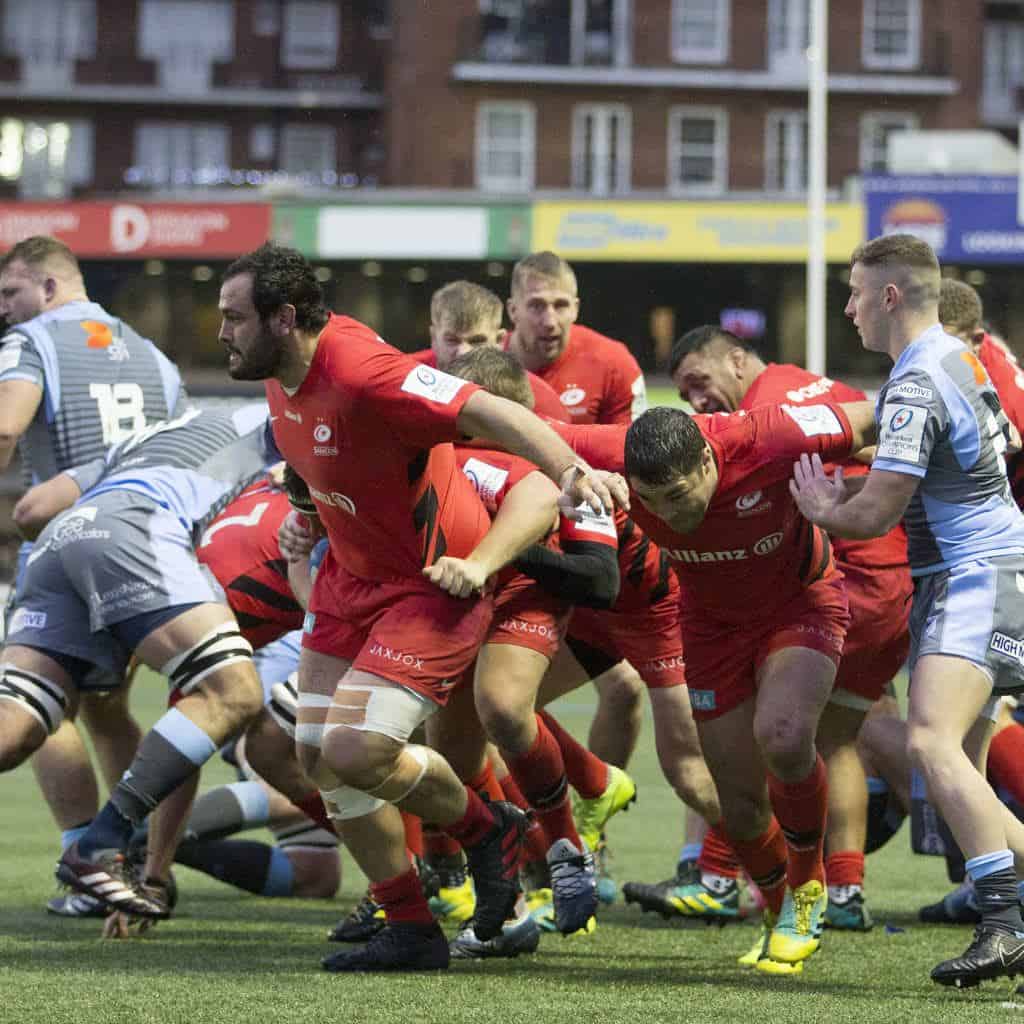