“Exeter were very good defensively. We need to take lessons from this.” – Mark McCall

A late penalty try secured Saracens a losing bonus point on the road at Exeter Chiefs.

The hosts scored early in each half – first through Nic White then through Jacques Vermeulen – to earn victory at Sandy Park, but the away side rallied late on and were rewarded when referee Wayne Barnes trotted underneath the sticks with a minute remaining.

Sarries began the game brightly and hammered the Exeter backline with several hard charges, however Chiefs’ defence forced the visitors back and it was their line speed which led to the opener on six minutes.

Under pressure, Owen Farrell’s pass went to ground and confusion ensued between Max Malins and Elliot Daly. Scrum-half White snuck in to capitalise on the mistake and hacked his way to the corner, diving on the ball before Nick Isiekwe could get his mitts to it.

The hosts were comfortable without possession and although Saracens made a number of ventures into their 22, Rob Baxter’s men always seemed to have answer and spoiled any attempt the north Londoners had to make in-roads.

Malins did dazzle on occasion, dancing through the Chiefs backline to win a penalty. Farrell’s nudge got caught in the wind and faded wide, and for the rest of the half opportunities went begging for the Men in Black.

First Ben Spencer sniped his way inches from the line and when Harry Williams was sent to the sin bin, a knock-on saw another chance squandered.

A second Farrell kick at goal went wide and on the stroke of half-time Jamie George was superbly held up by fly-half Joe Simmonds.

At the start of the second half, Exeter did what they do best. On a rare jaunt deep in Saracens territory, they huffed and barged the red shirts in front of them with Vermeulen eventually squeezing over the whitewash.

After that, Daly brought himself into the game, coming off his wing to feel more of the ball and the Wolfpack’s press improved almost to perfection as Farrell pounced on a Chiefs mistake, kicked through for Wigglesworth to chase and when Sam Simmonds took over his own line, Billy Vunipola’s scrum-pick saw him hit back and the ball turned over.

Everything thrown at Exeter was soaked up and even when Ben Earl and Daly got in behind on the right flank, a flurry of home players worked hard to get back and thwart the danger.

A fracas occurred in the closing stages which saw the replaced Williams sent off and Saracens managed a deserved seven via a penalty try and Dave Ewers was binned for his infringement.

Not the end of the year Sarries would have liked but a point at Sandy Park ‘isn’t a disaster’ as Mark McCall noted post-match. 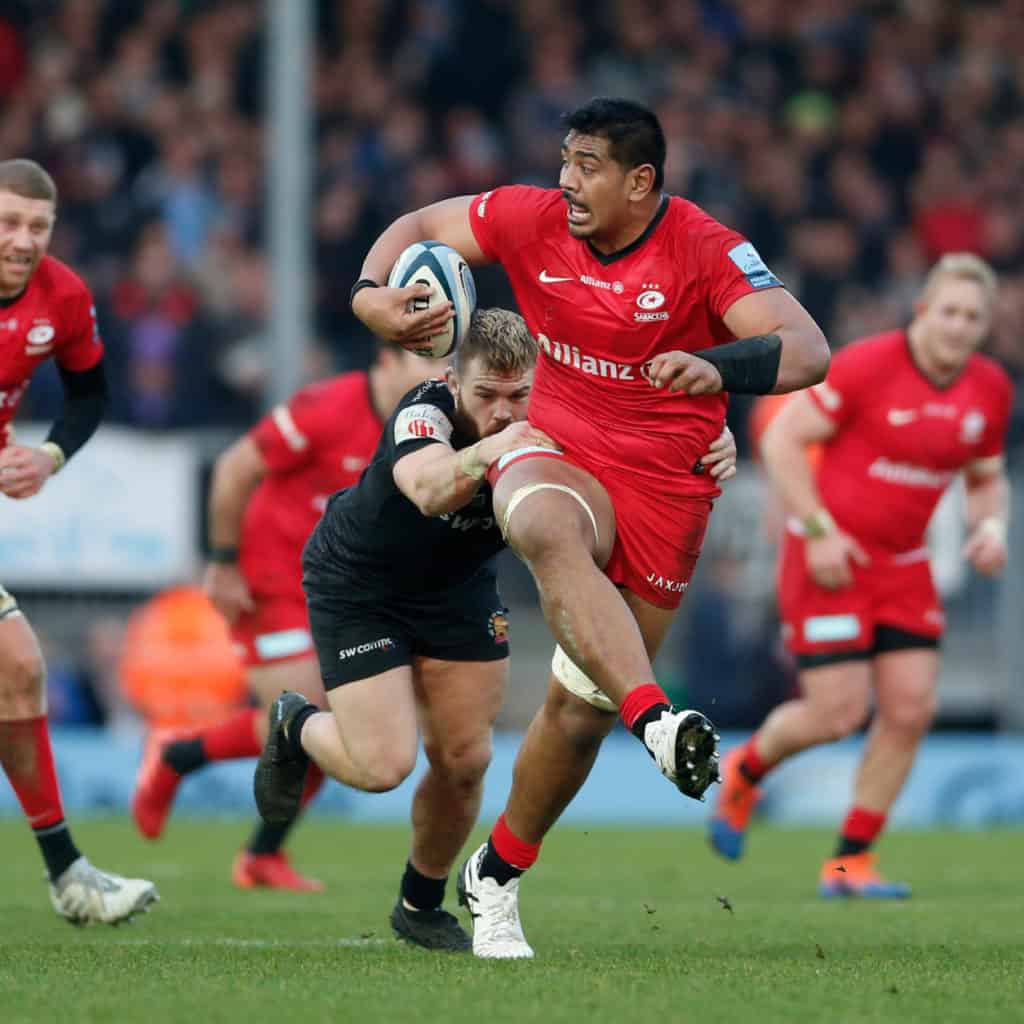 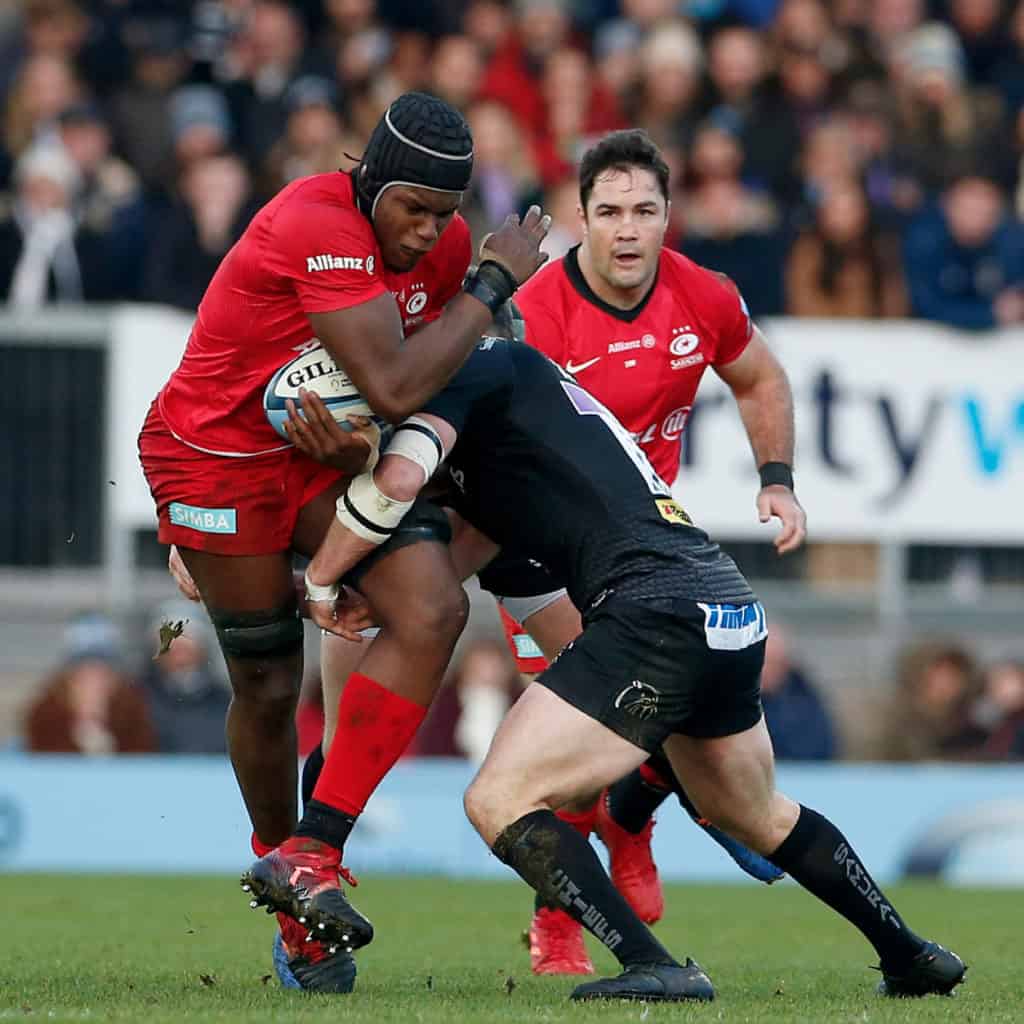 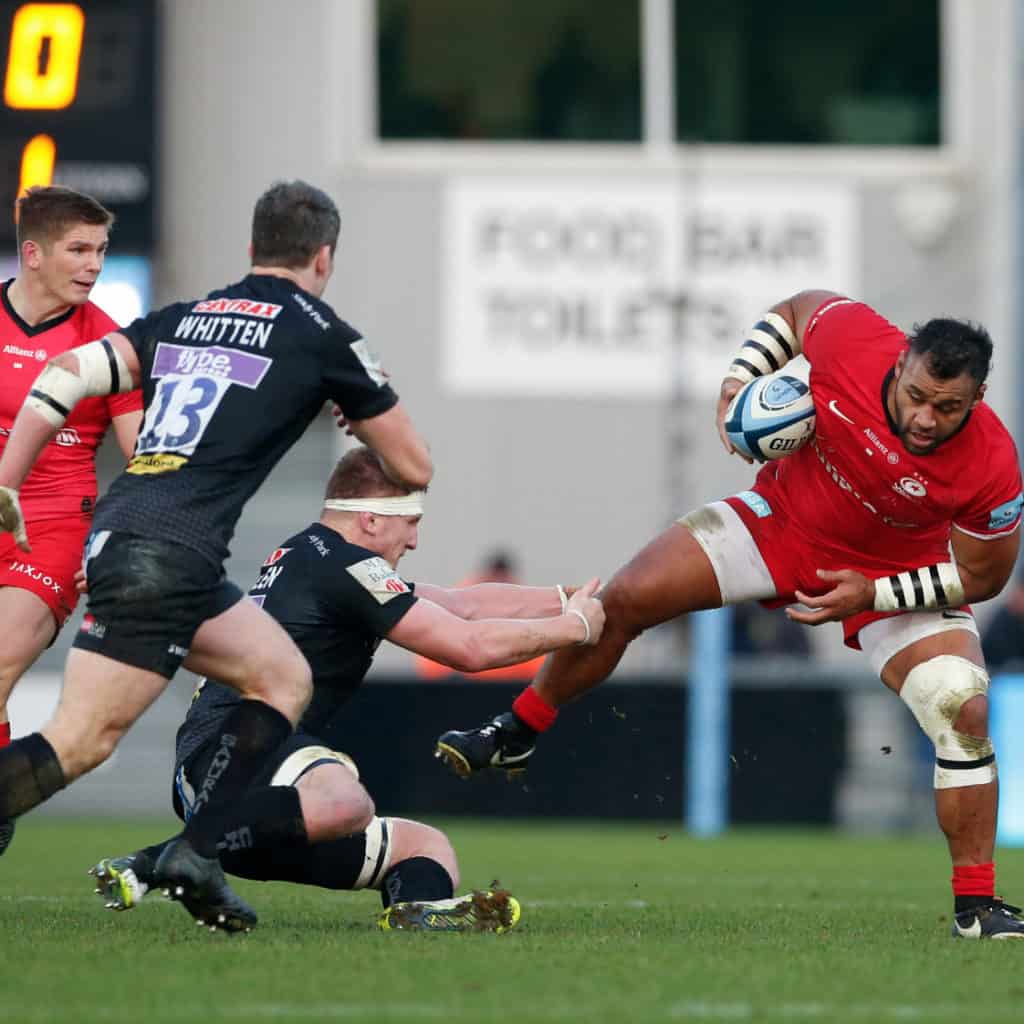 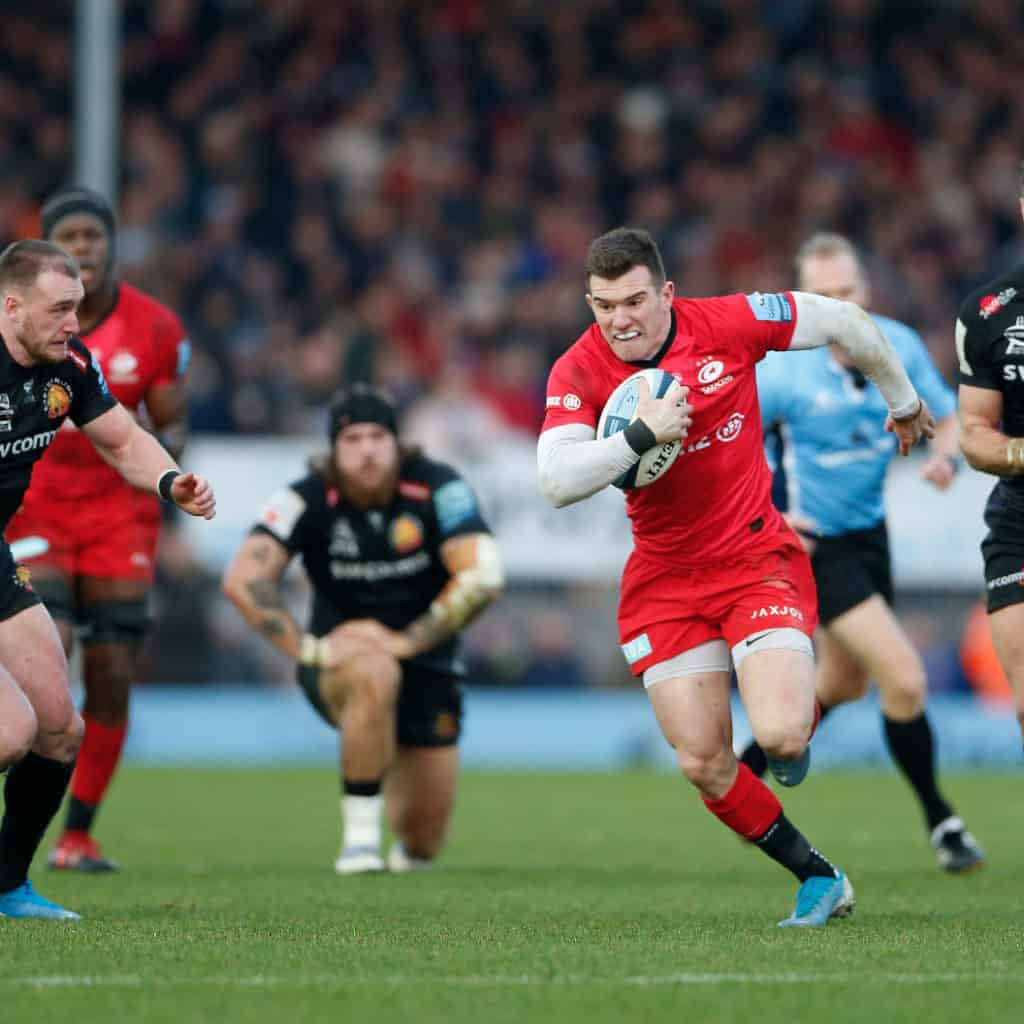 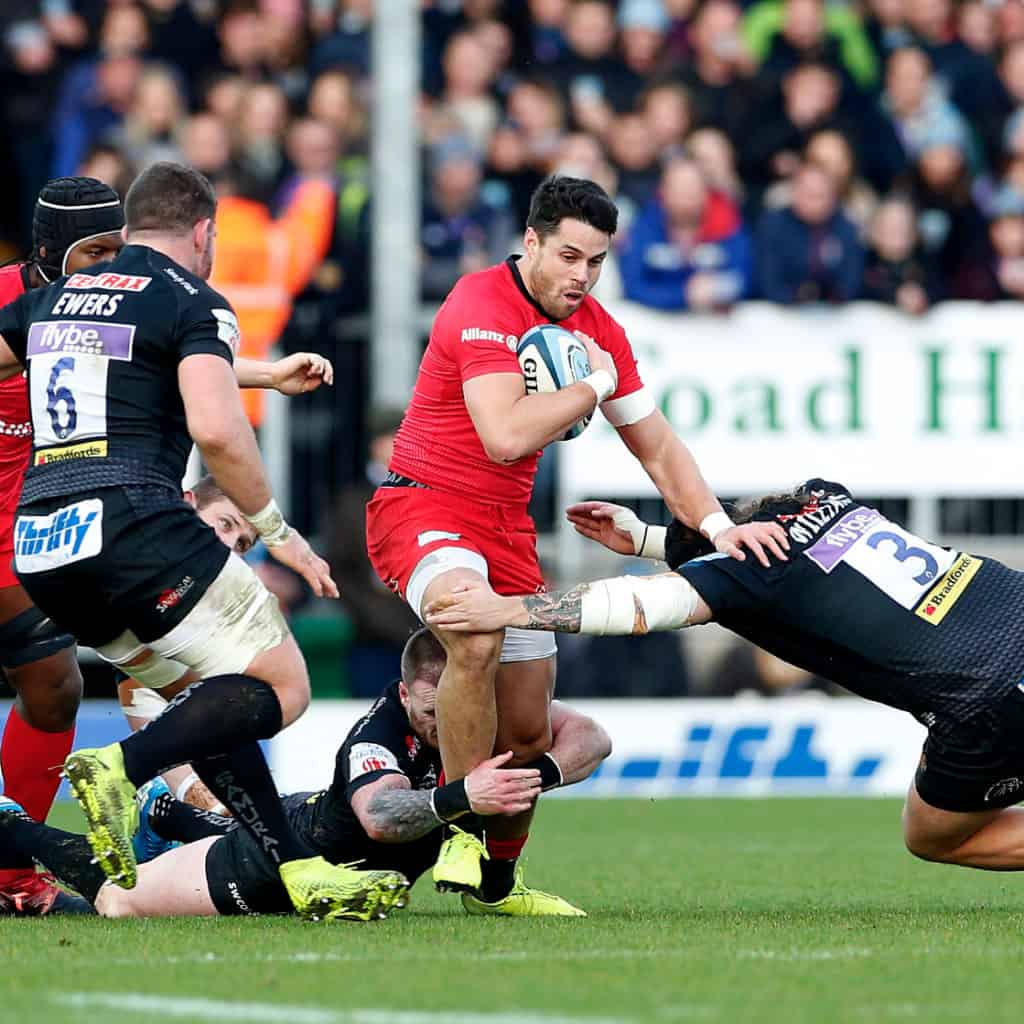 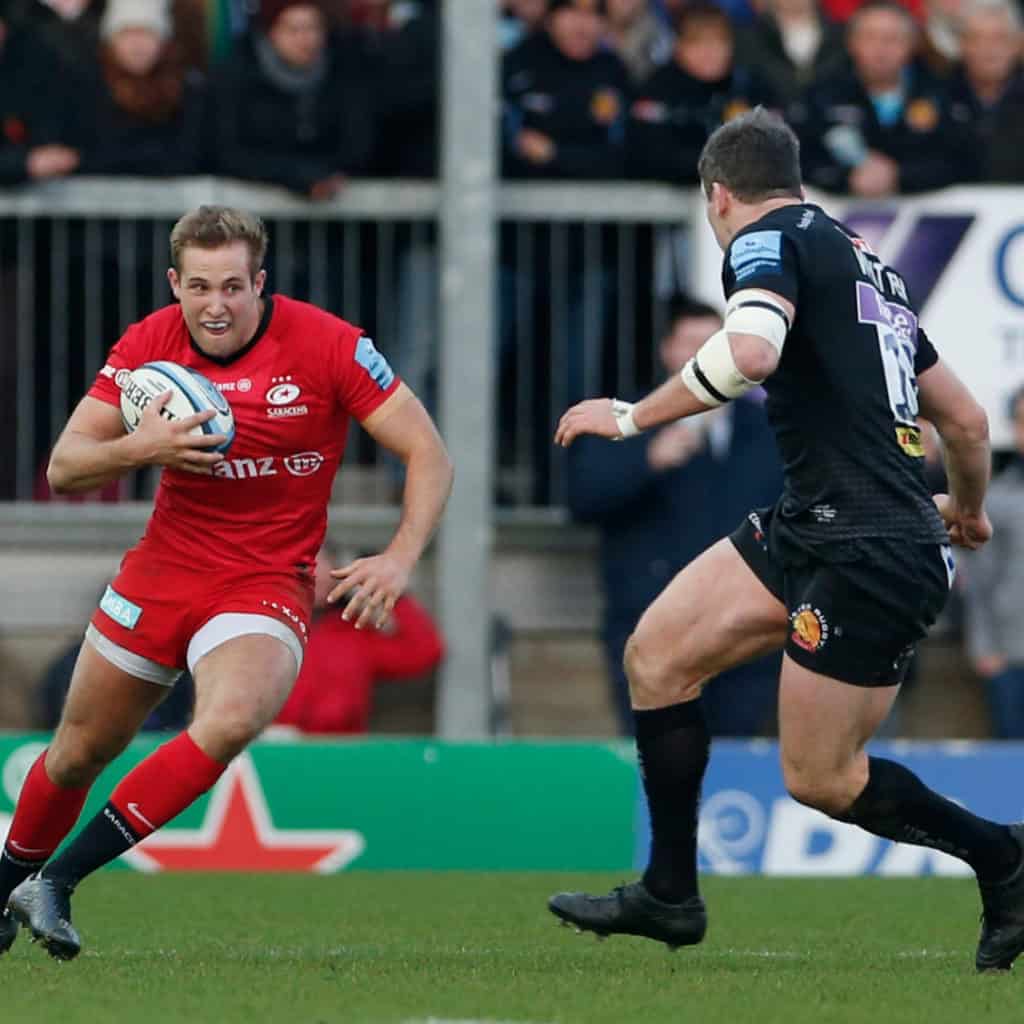 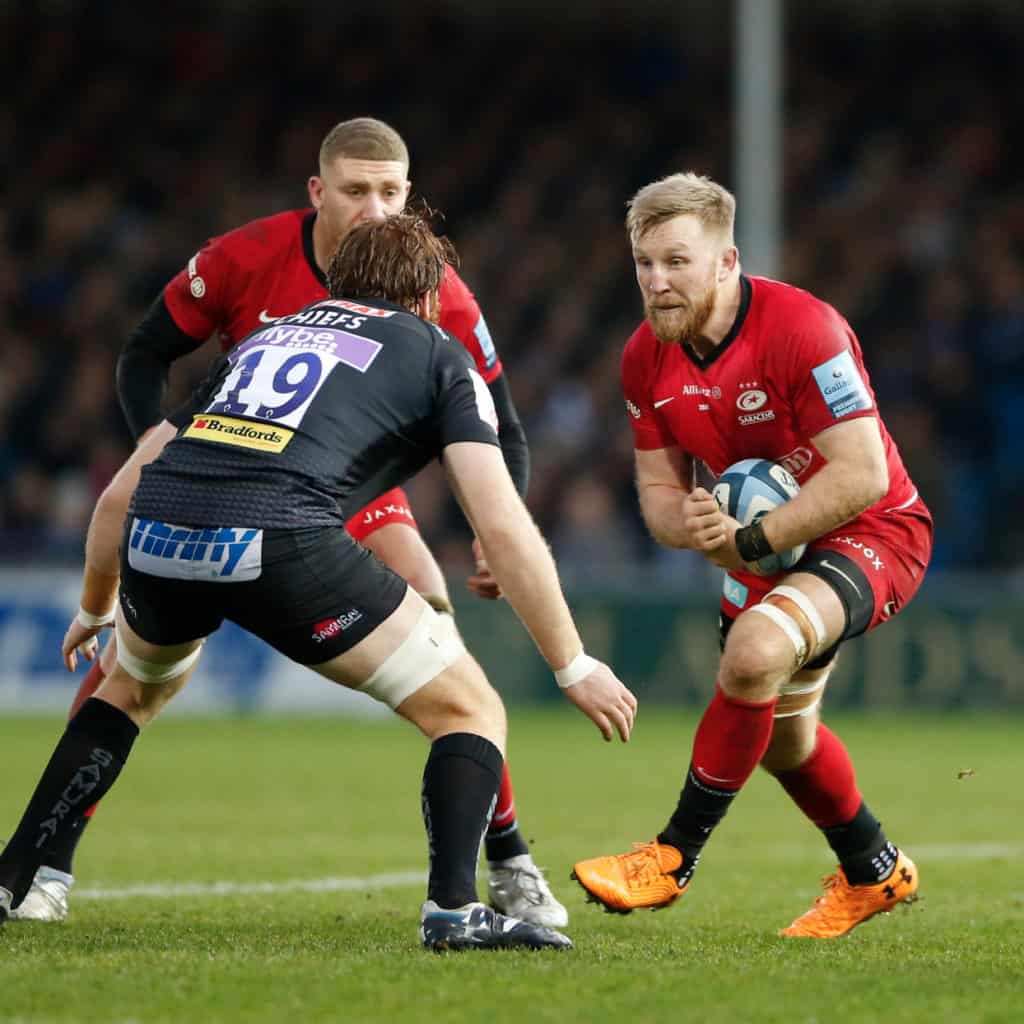 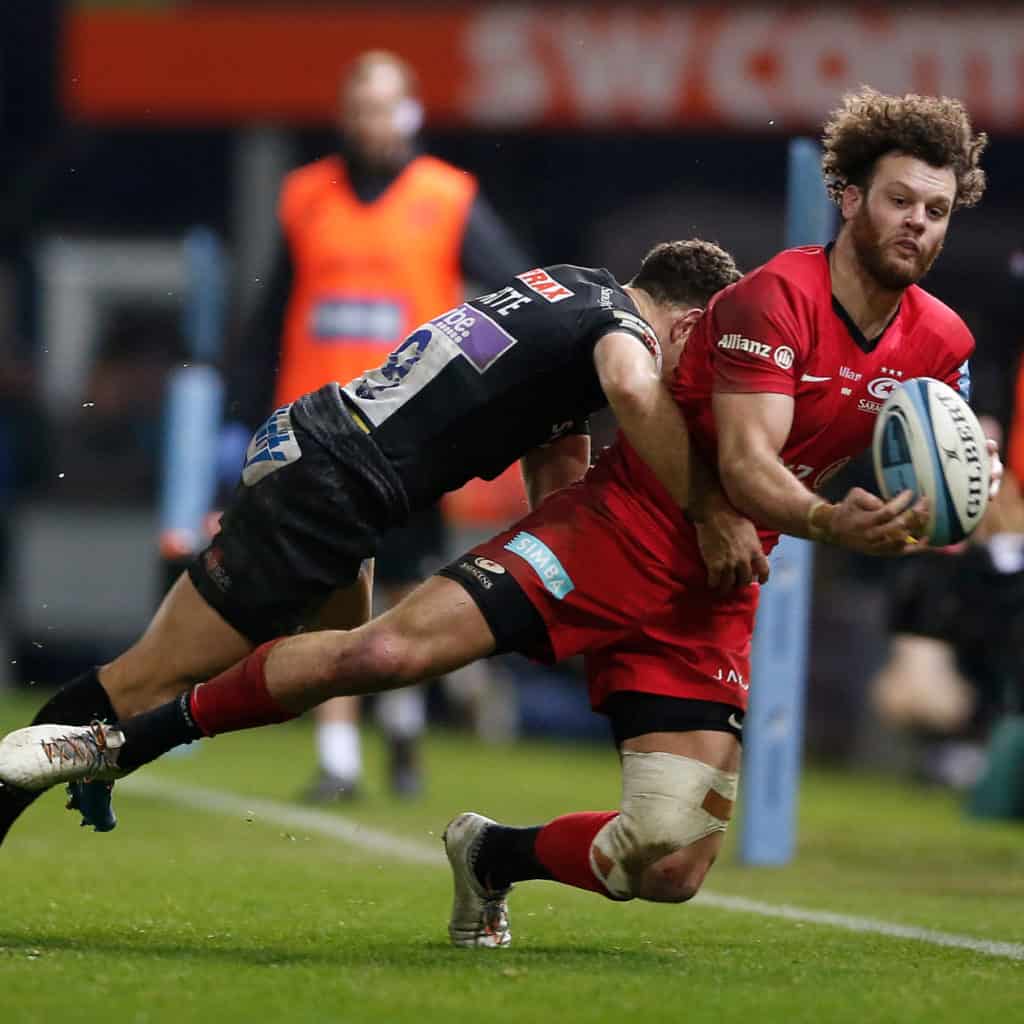 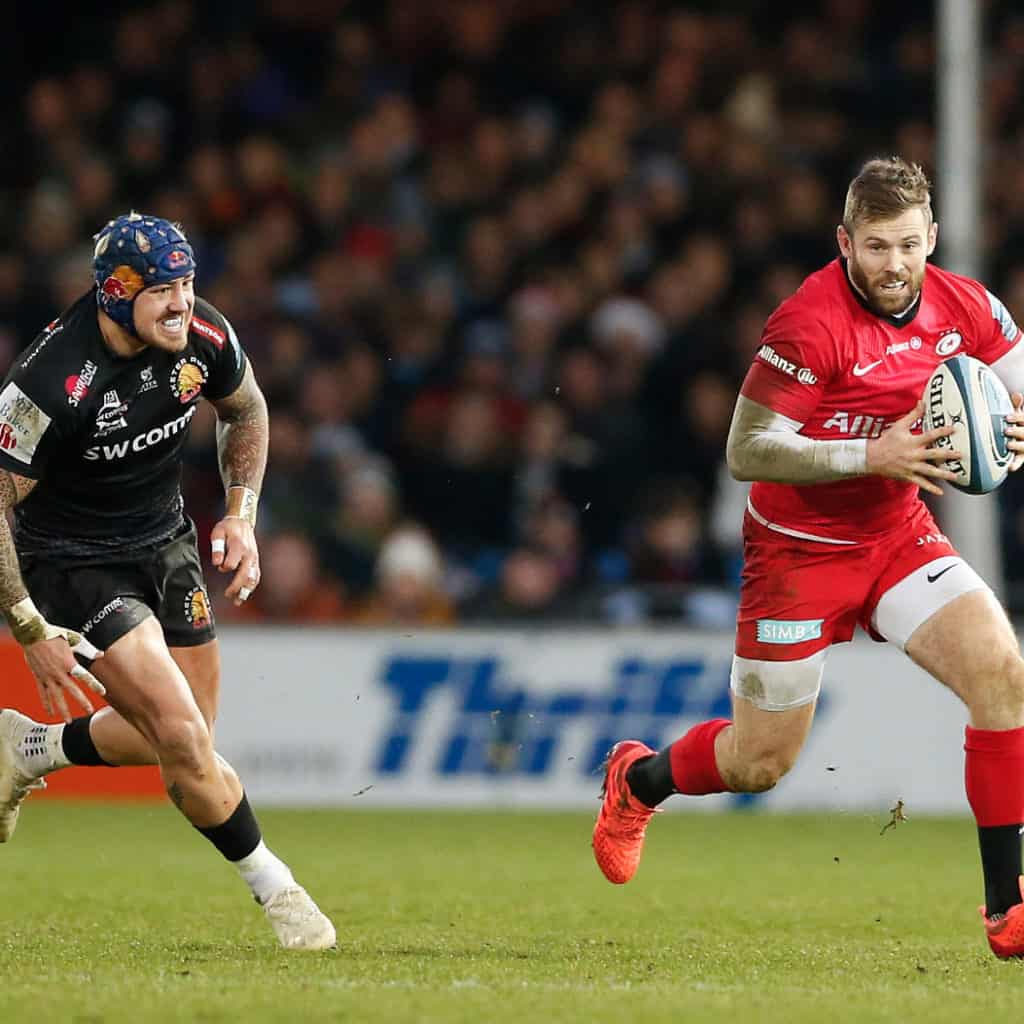 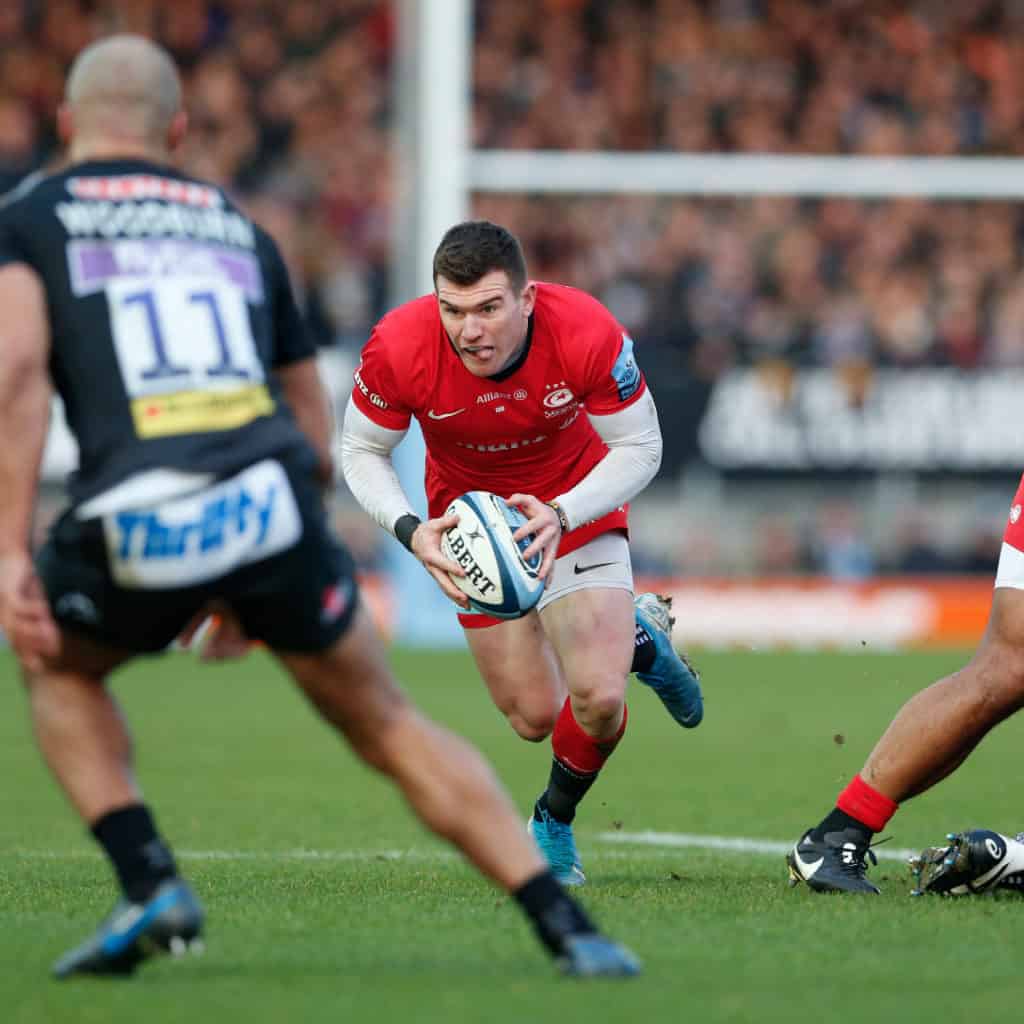