Saracens’ 22-match unbeaten run came to an end at Sandy Park as Exeter Chiefs recorded a 31-13 victory in Round 10 of the Gallagher Premiership.

Two penalties from Owen Farrell were cancelled out by a Luke Cowan-Dickie score and Gareth Steenson conversion with the latter adding a further three points on the stroke of half-time.

England front rower Harry Williams went over for a second on 64 minutes and a penalty try followed soon after. Scrum-half Ben Spencer touched down late on but it proved to be a consolation as Matt Kvesic had the final say.

A chorus of Exeter’s Tomahawk chant greeted the teams to the field but within five minutes the home crowd were silenced via Farrell’s long-distance penalty.

The hosts grew into the game, sending bodies hammering up the middle and a superb Calum Clark turnover denied them an immediate reply as they edged closer to the try line.

From then, Sarries marched upfield and but for an excellent last-ditch tackle, Vincent Koch would have dotted down on his 50th appearance for the Men in Black. Instead, Farrell knocked over his second shot at goal to extend the visitors’ advantage.

However, Chiefs clawed their way back into the contest, spoiling away ball five metres out. Lock Sam Skinner charged down Ben Spencer’s clearance kick and Cowan-Dickie, a late starter for the Devon outfit after Jack Yeandle withdrew shortly before kick-off, was on hand to gather over the line.

Steenson converted from the touchline to make it 7-6 and the Irishman slotted a penalty on the 40 to ensure Exeter headed into the break on top.

Farrell hit the post with an early second-half attempt and it proved to be the only real opportunity of note for Mark McCall’s men as Chiefs kept them at bay with a physical, effective display.

Rob Baxter’s side had an effort chalked off just past the hour by the TMO, but grabbed a match-deciding try moments later; replacement prop Williams crashing over from close range.

Schalk Burger was then sent to the bin for bringing down a Chiefs maul inches from the line resulting in referee Tom Foley running under the sticks.

Sarries replied when Spencer ran off the shoulder off Christian Judge’s burst, however the damage had already been done by the Chiefs and further through Kvesic. 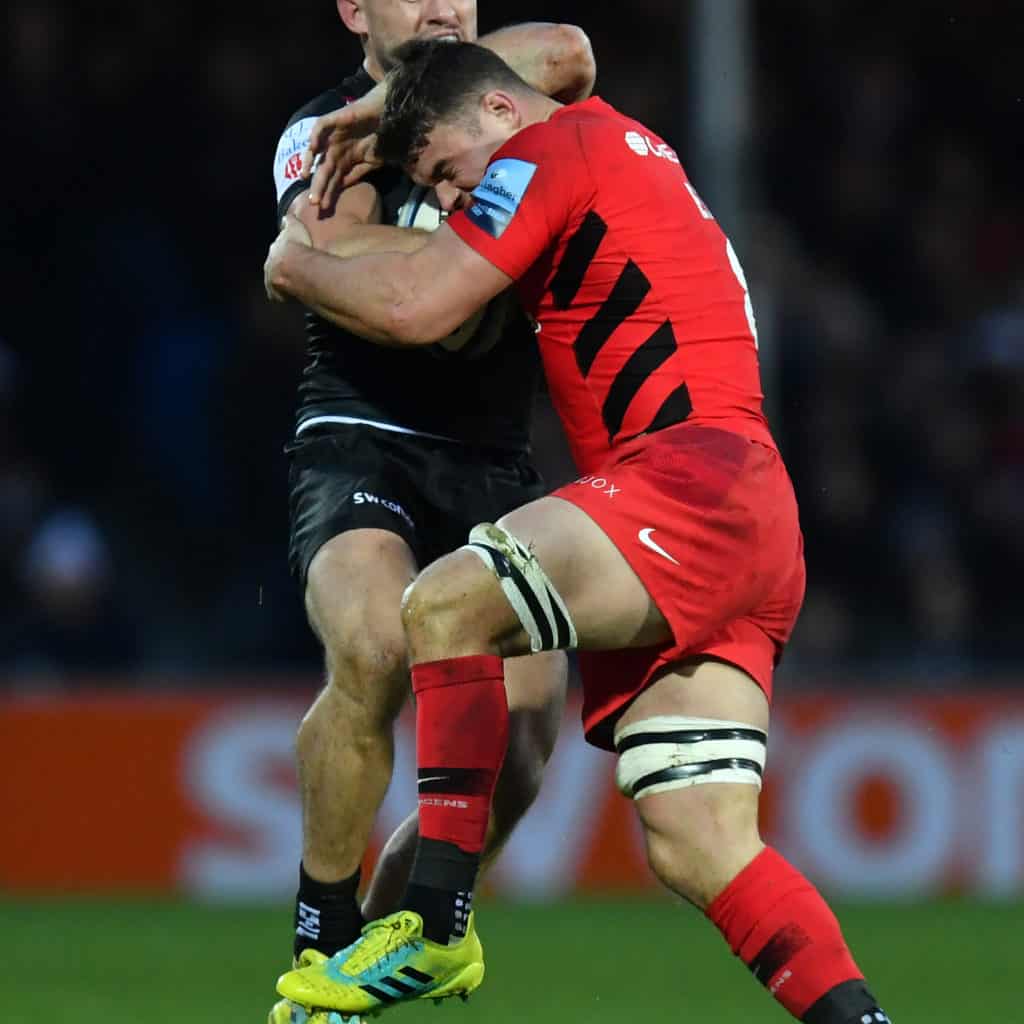 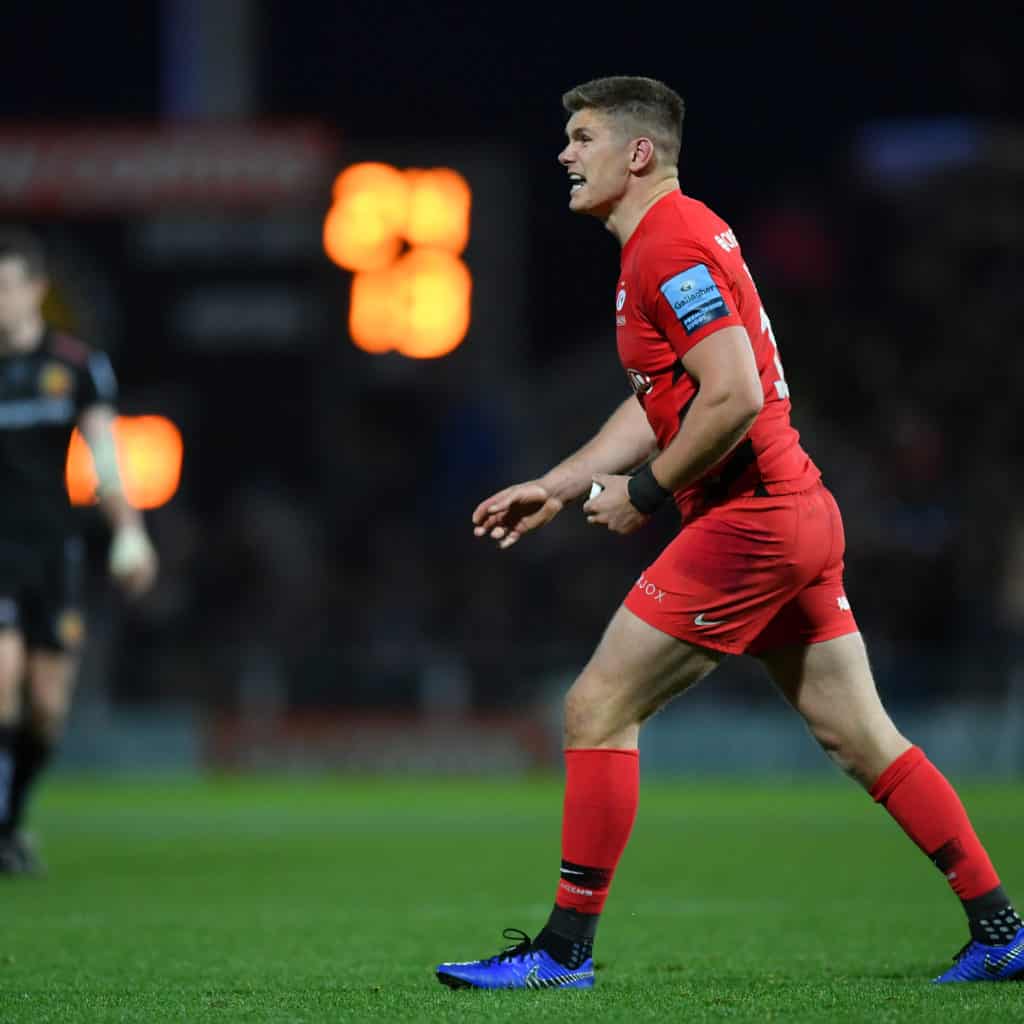 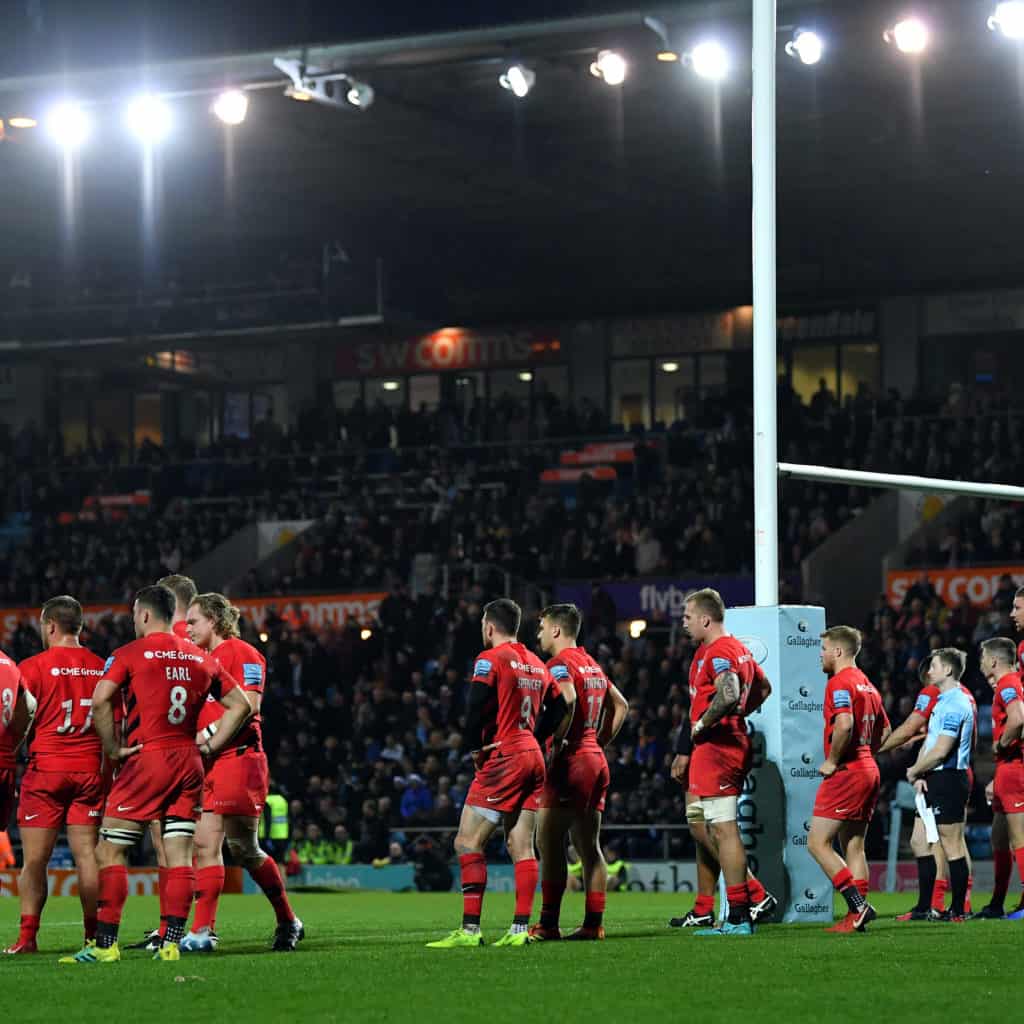