“It was a good performance, with some great bits in” – Eloise Hayward

Saracens Women recorded an eleven try, 73 – 3 win away to Firwood Waterloo Ladies on Saturday 19 October at The Memorial Ground.

Rocky Clark, Lotte Clapp, Sarah McKenna and Marlie Packer recorded a brace of tries each, while Jodie Rettie, May Campbell and Mackenzie Carson also got in on the try scoring action.

Lisa Martin slotted nine conversions to add to her tally for the season as Saracens Women made it five wins from five in the Tyrrells Premier 15s.

Saracens Women went in at half-time, 35 – 3 up thanks to tries by Clark (x2), Packer (x2) and Rettie, along with five conversions by Martin.

Clark started the scoring inside the opening minute as she finished off strong build-up play by the backs. Two more tries came in the first quarter with Packer and Rettie finishing off strong set piece play by the visitors

Sarries setup a driving line-out from a few metres out for Packer to dot down with Rettie’s try coming at the scrum as the Scotland international showed good skill to control the ball over the line.

In between the two tries, Firwood got on the scoreboard as Saracens conceded a penalty from the kick-off.

The bonus point try came on 30 minutes with inside centre Cara Wardle making the initial bust in midfield to get Saracens close to the line before Clark applied the finishing touches.

Saracens spent the closing minutes of the first half down to 14 with Molly Morrissey being yellow carded for a high tackle.

That didn’t stop Saracens from grabbing a fifth try before half-time with Packer’s second try arriving on the stroke of half-time.

The flanker showed good strength to burst through the Firwood defence after a period of sustained pressure.

The visitors started the second half at breakneck speed with captain Lotte Clapp getting her first as Saracens turned the ball over at the breakdown and shifted the ball left for the winger to outstrip the defence and score in the corner.

May Campbell’s try followed just a few minutes later. Hannah Botterman’s powerful carry off the back of the line-out did the damage before the replacement hooker picked and went and got the ball over the line.

The team’s eighth try came following Firwood’s best period of possession. The home team carried the ball into Saracens 22 before strong defence from the visitors forced them back.

Fullback Sarah McKenna spotted her opportunity as Firwood looked to get the ball wide, rushing up and securing the intercept, before showing a strong turn of pace to run it in from distance.

The next try for Saracens arrived on the hour mark with the visitor’s scrum doing the damage. Sarries forced Firwood to concede a penalty at the set piece and the women in black opted to take a quick tap with Mackenzie Carson forcing her way over the try line.

Saracens picked up their second yellow card of the game in the fourth quarter as Botterman was given ten minutes by the referee for a no arms hit.

However, Saracens’ tenth try came with about ten minutes to go and it was arguably the best of the bunch.

Clapp returning a clearance kick with interest and the ball found its way right for Aine Stauton and Sarah McKenna to link up and give the Sarries fullback a clear run to the line.

There was still time for Saracens to get another try as slick play from the backs off first phase possession found Georgie Lingham in space, with the replacement winger drawing the final defender for Clapp to dive over in the corner. 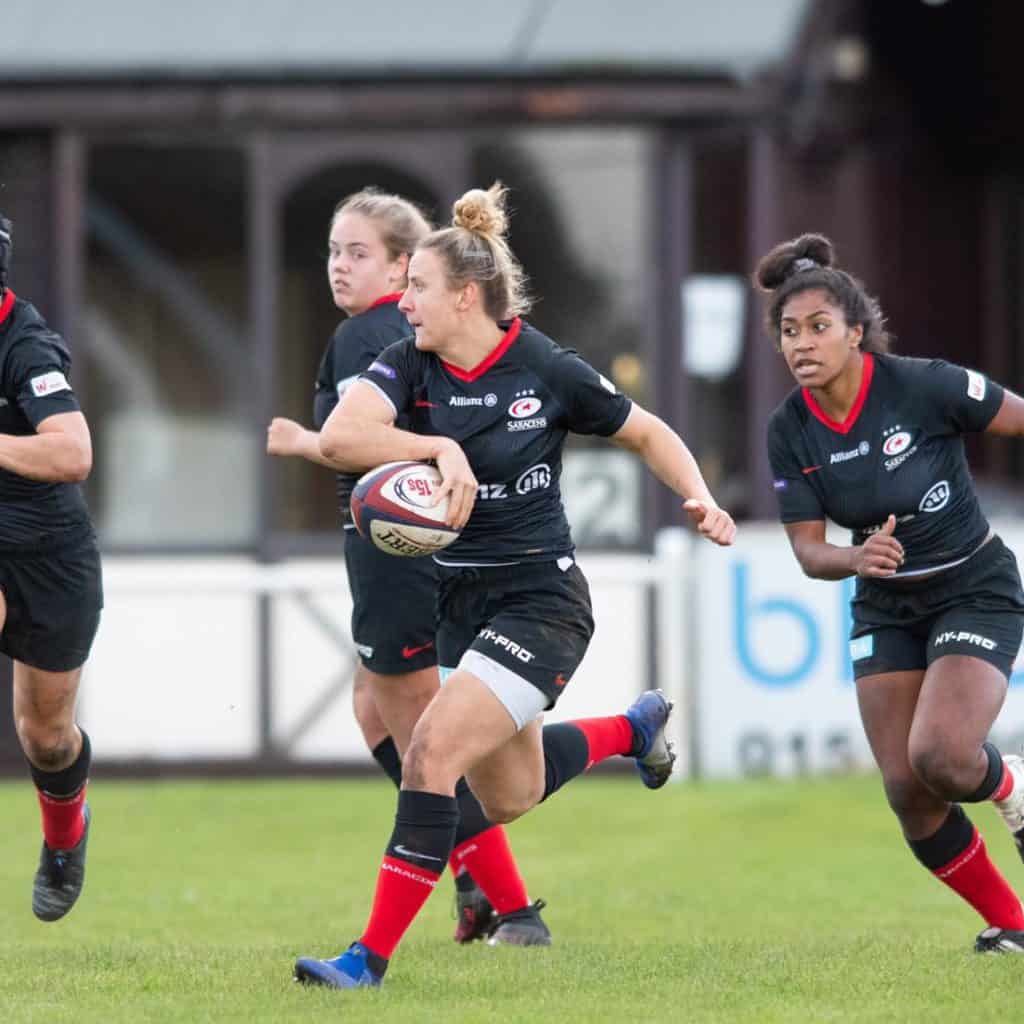 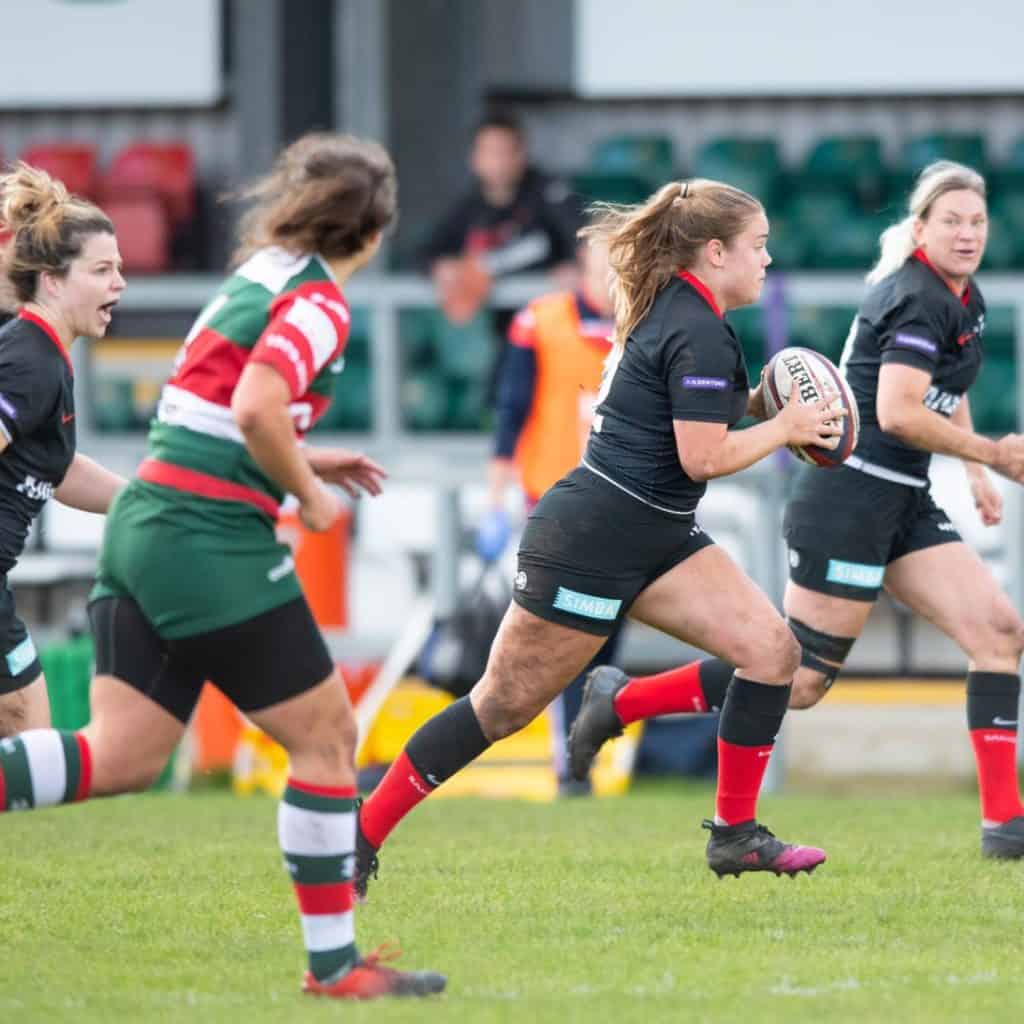 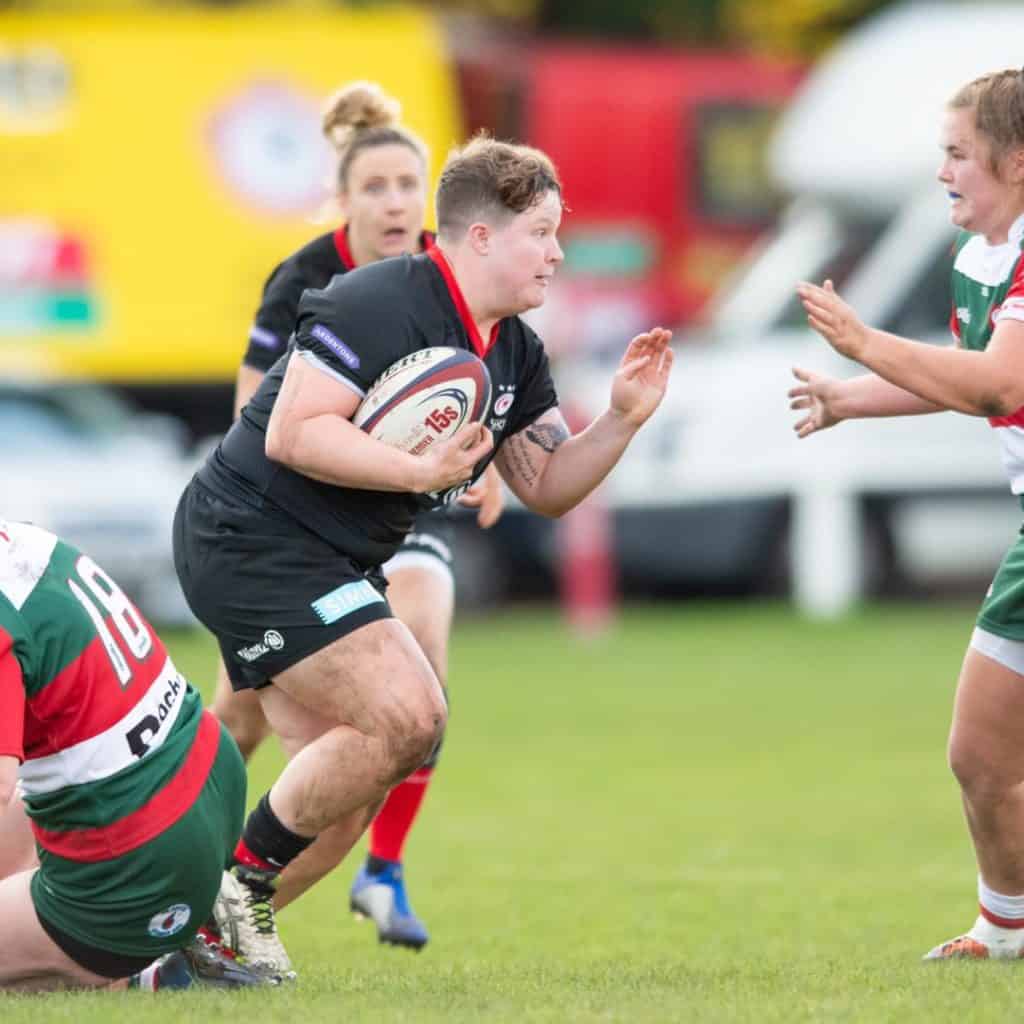 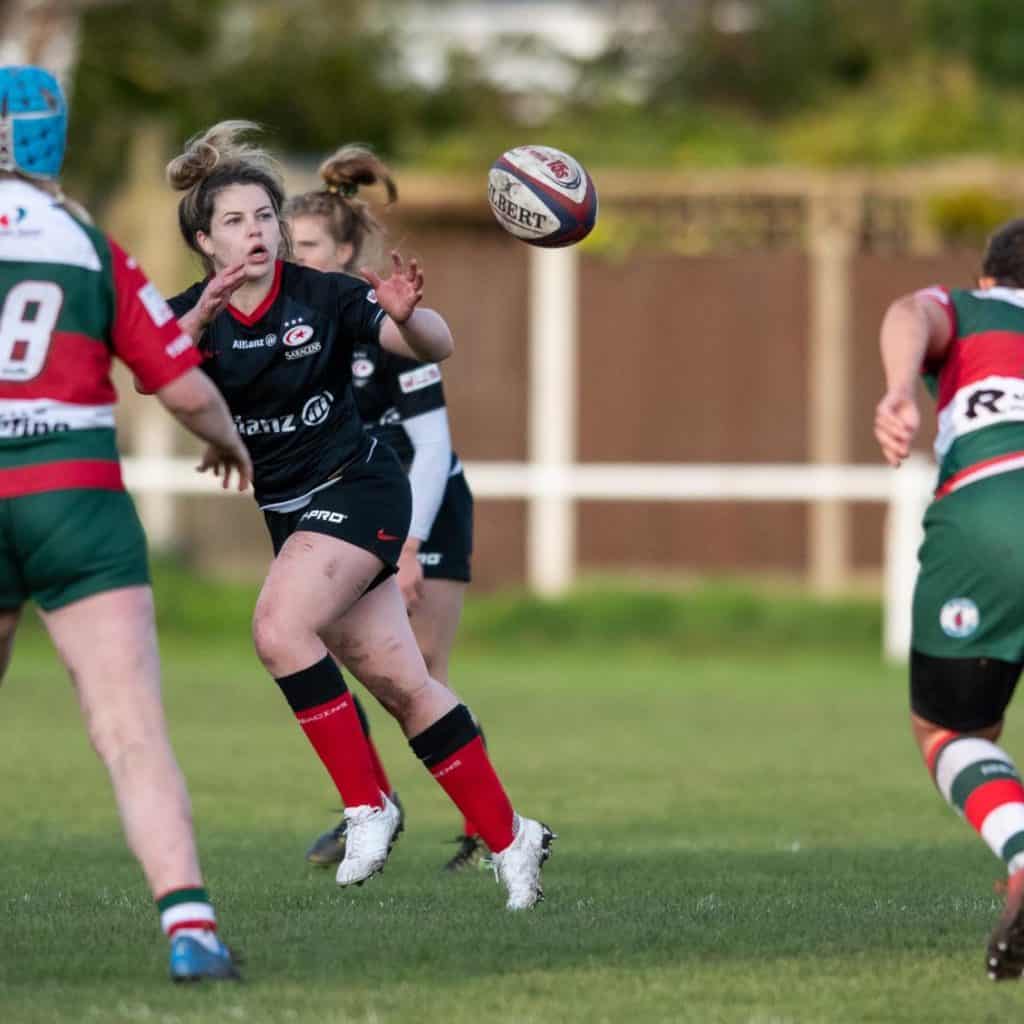 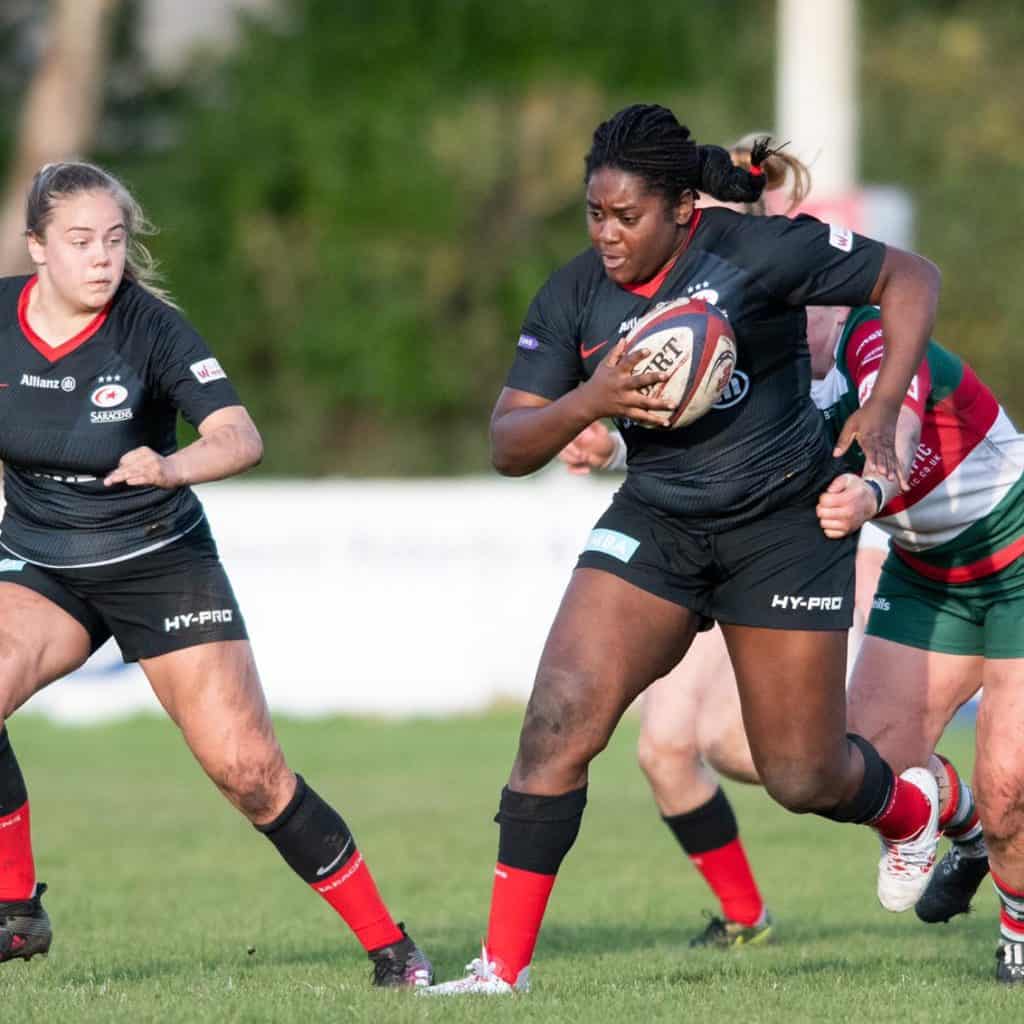 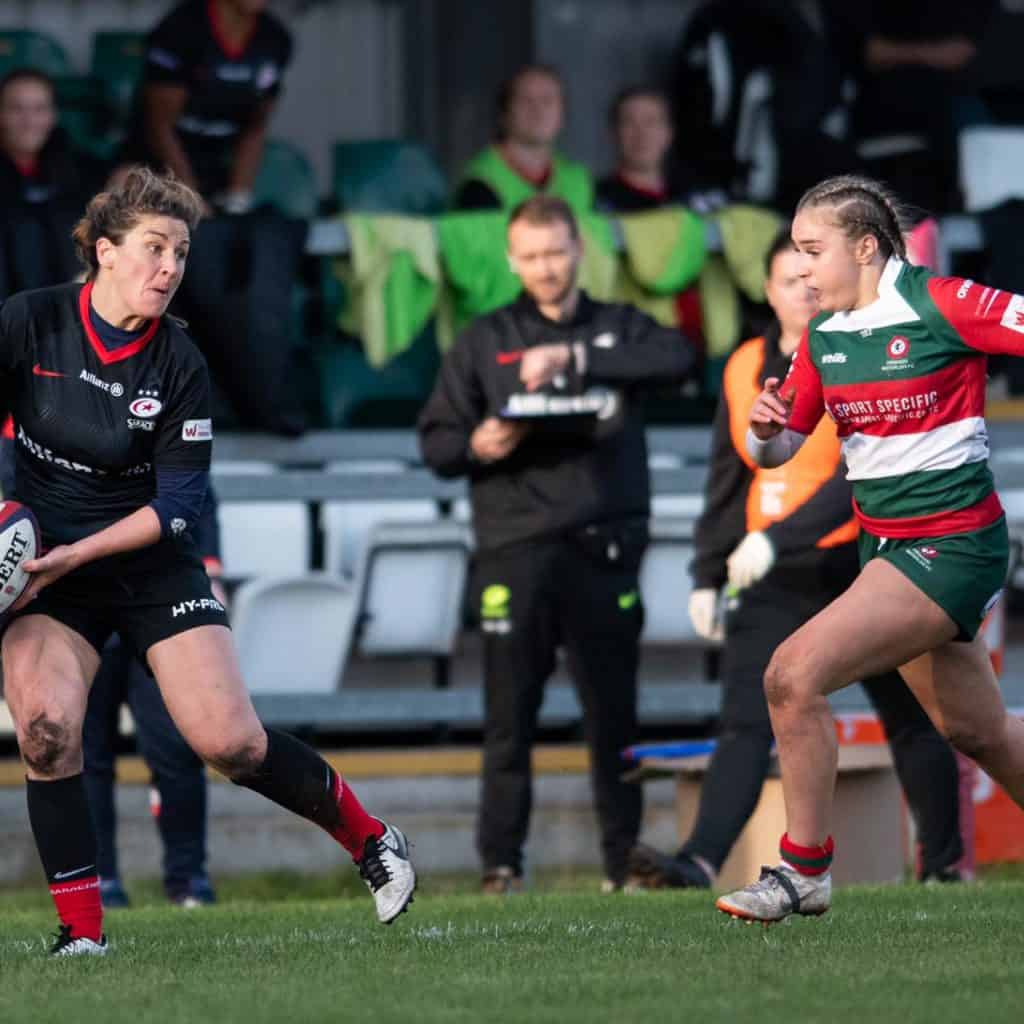 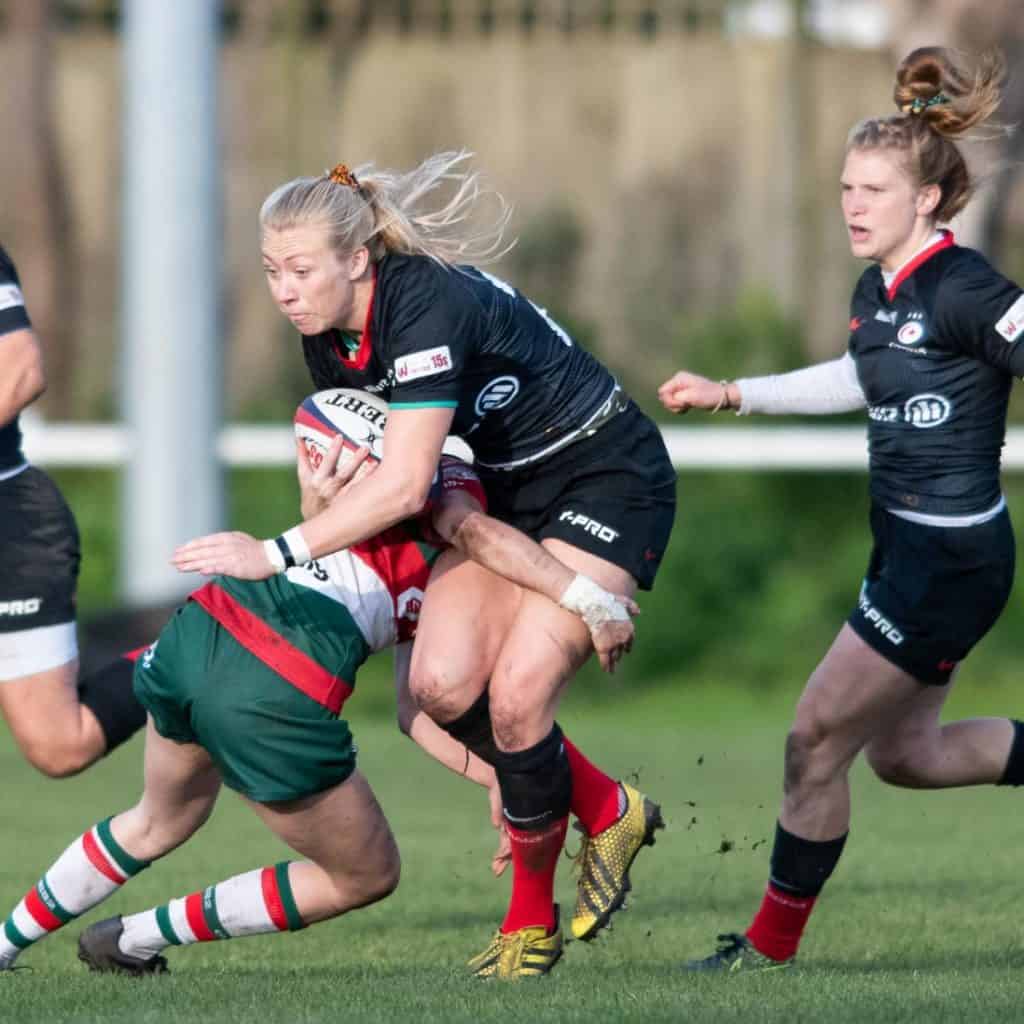 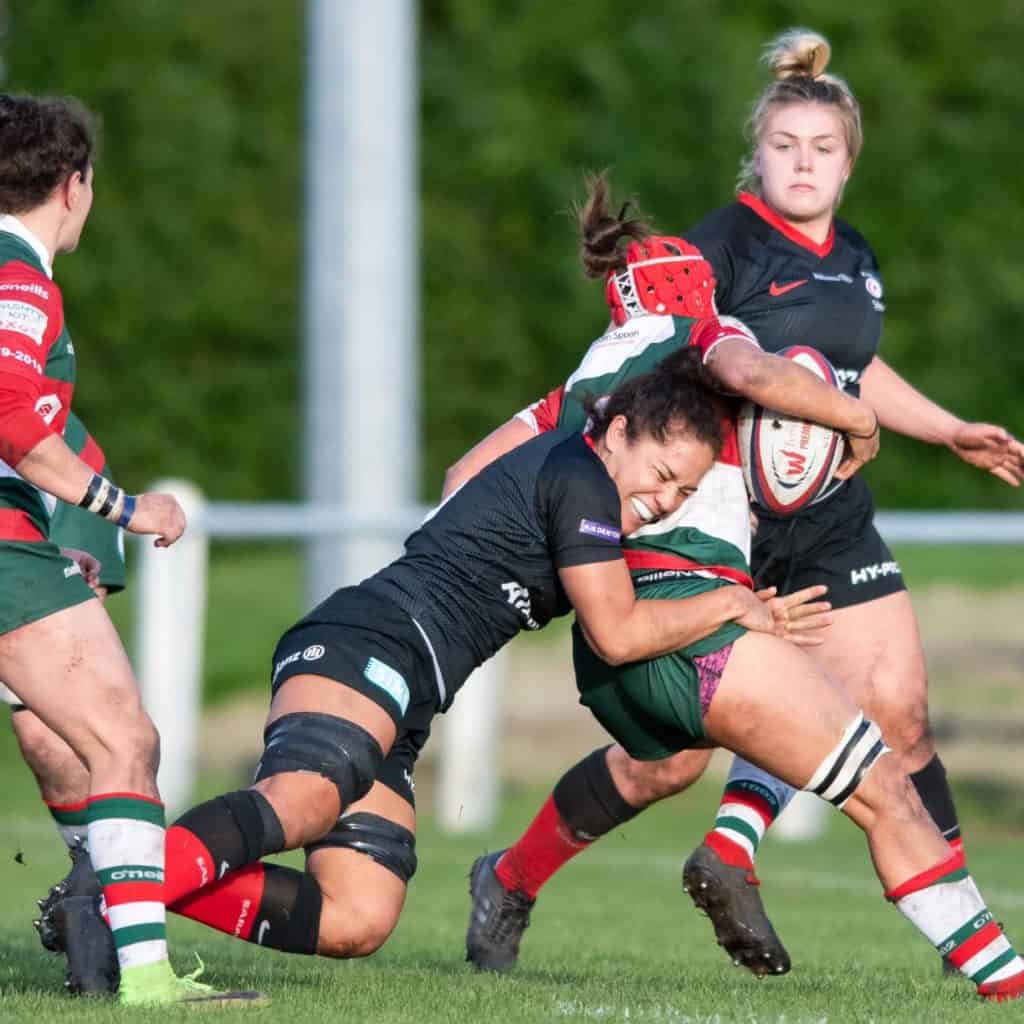 Highlights to be added soon