“It wasn’t easy but we’re happy with this win on the road. We showed our mentality to keep fighting to the end. We showed the resilience we’ve got.”

The Wolfpack produced a battling second-half display to prevent their lively Scottish opponents from any points, with Owen Farrell’s boot and a Mike Rhodes finish doing the damage in the first half.

While the opening 10 minutes wasn’t lacking of effort and physicality, a missed kick in front of the posts from Adam Hastings perhaps summarised the level of quality.

But that soon changed when Sean Maitland was allowed to stretch his legs on his old patch, his second run leading to the first try.

Deep in Warriors territory, the visitors made several dominate carries before superb hands saw Rhodes go over in the corner.

Farrell followed up with the conversion and added a further three points with a 40-metre boot and his opposite number Hastings made amends for his earlier shank by putting the hosts on the board.

The game became more free-flowing thereafter and excellent work in attack allowed Sarries to turn the heads of the home defence and but for an obstruction Mark McCall’s side would have extended their advantage with Jamie George flopping over from the back of a maul.

Another Farrell kick edged them into a 10-point lead but it was almost cut short once more on the stroke of half-time.

Glasgow hammered the red wall in front of them and former Sarrie DTH van der Merwe made the final dent, scooting past a couple of bodies to dot down only to have the try ruled out for a misdemeanour two phases previous.

The decision was much to the disgust of the Scotstoun crowd who were vociferous in their attempts to drive their team back into the match.

However, the Men in Black’s defence proved resilient and they managed to keep the Warriors at bay for the whole of a pointless second period. 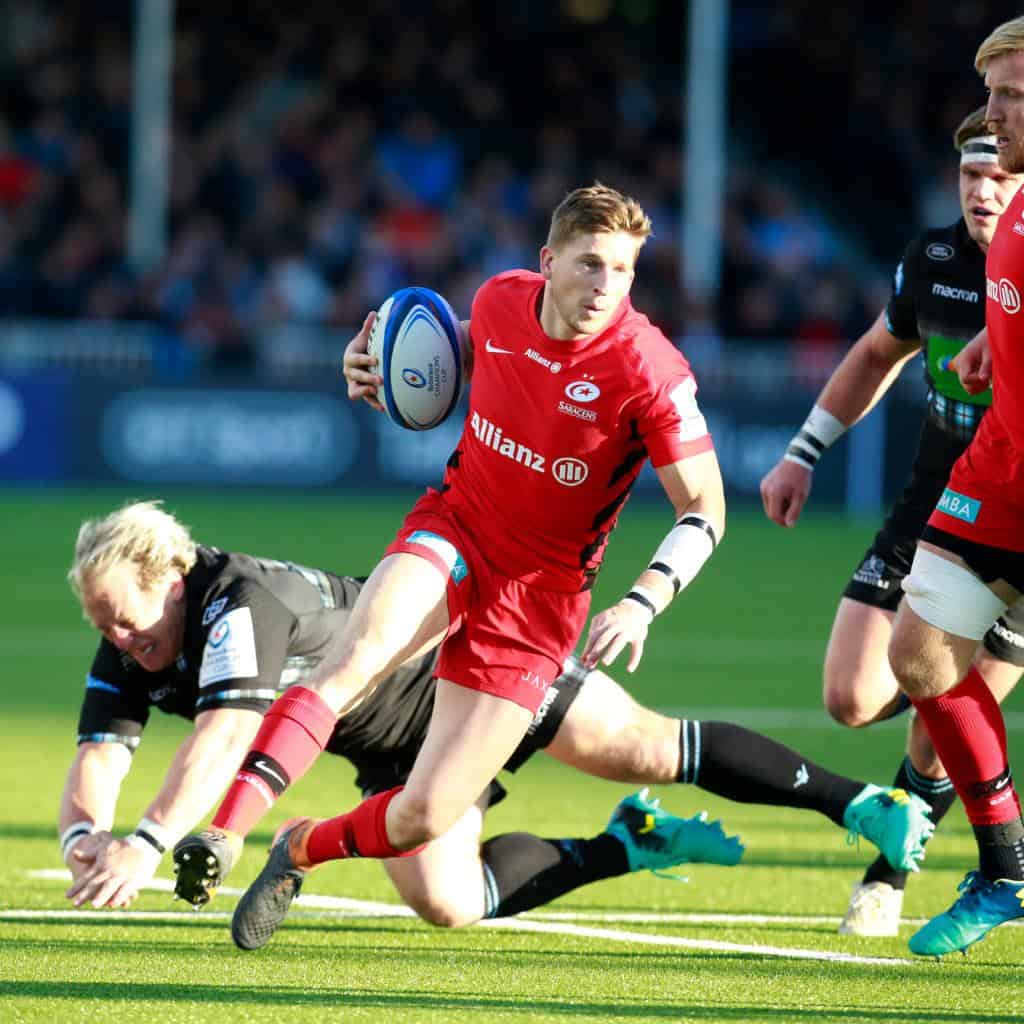 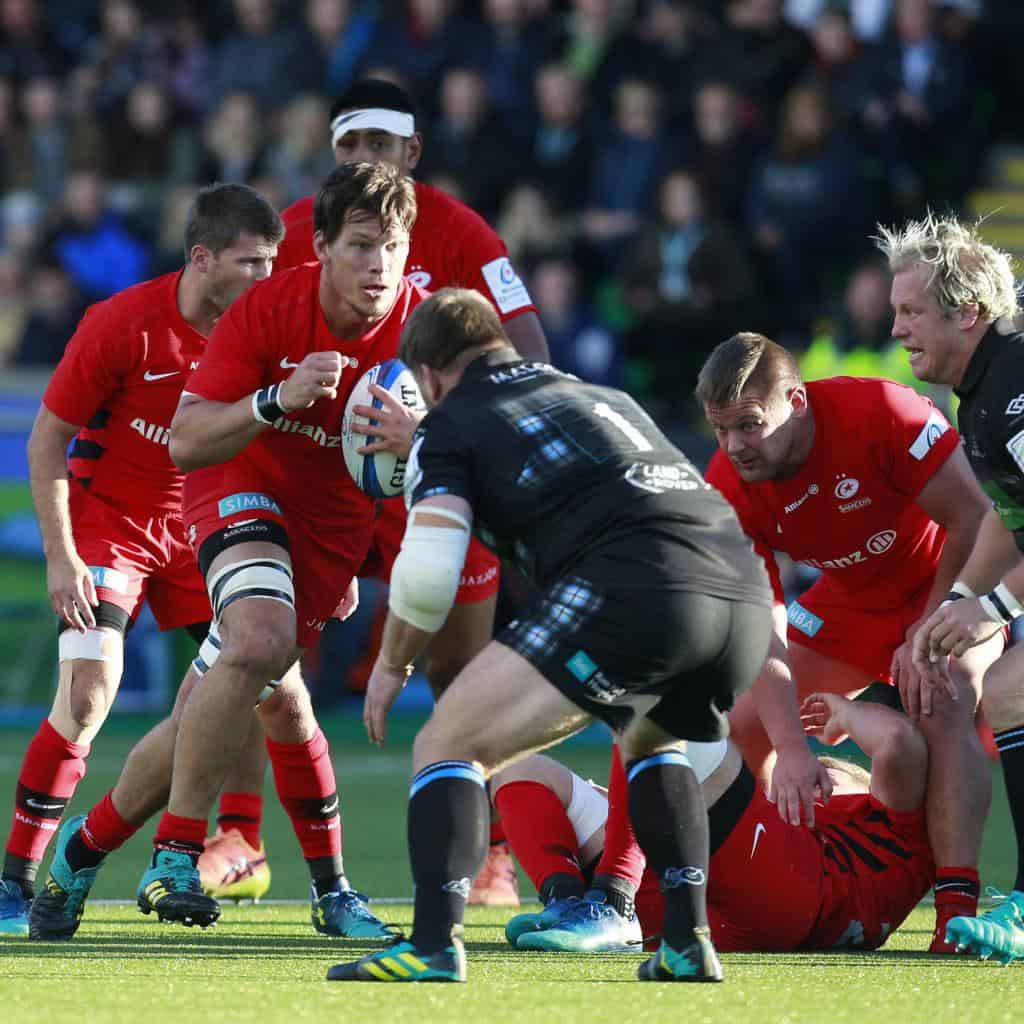 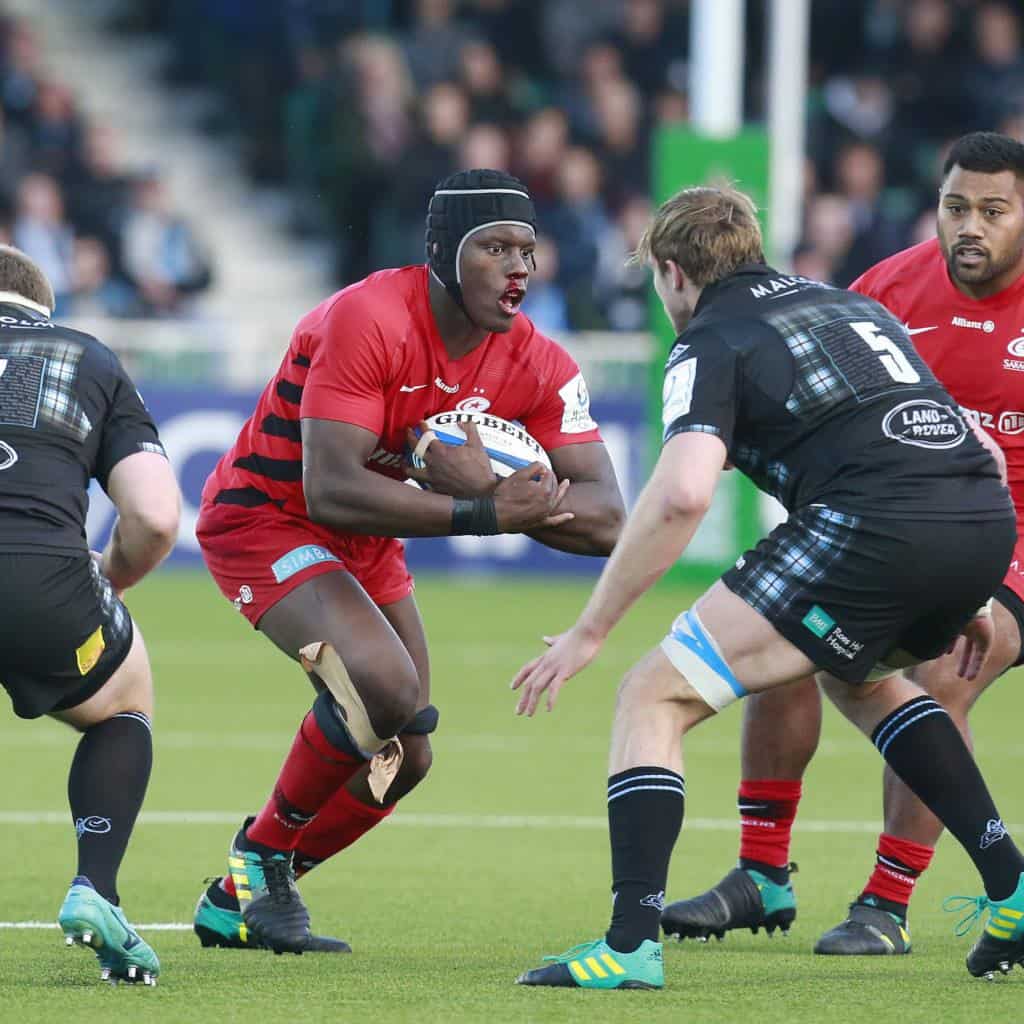 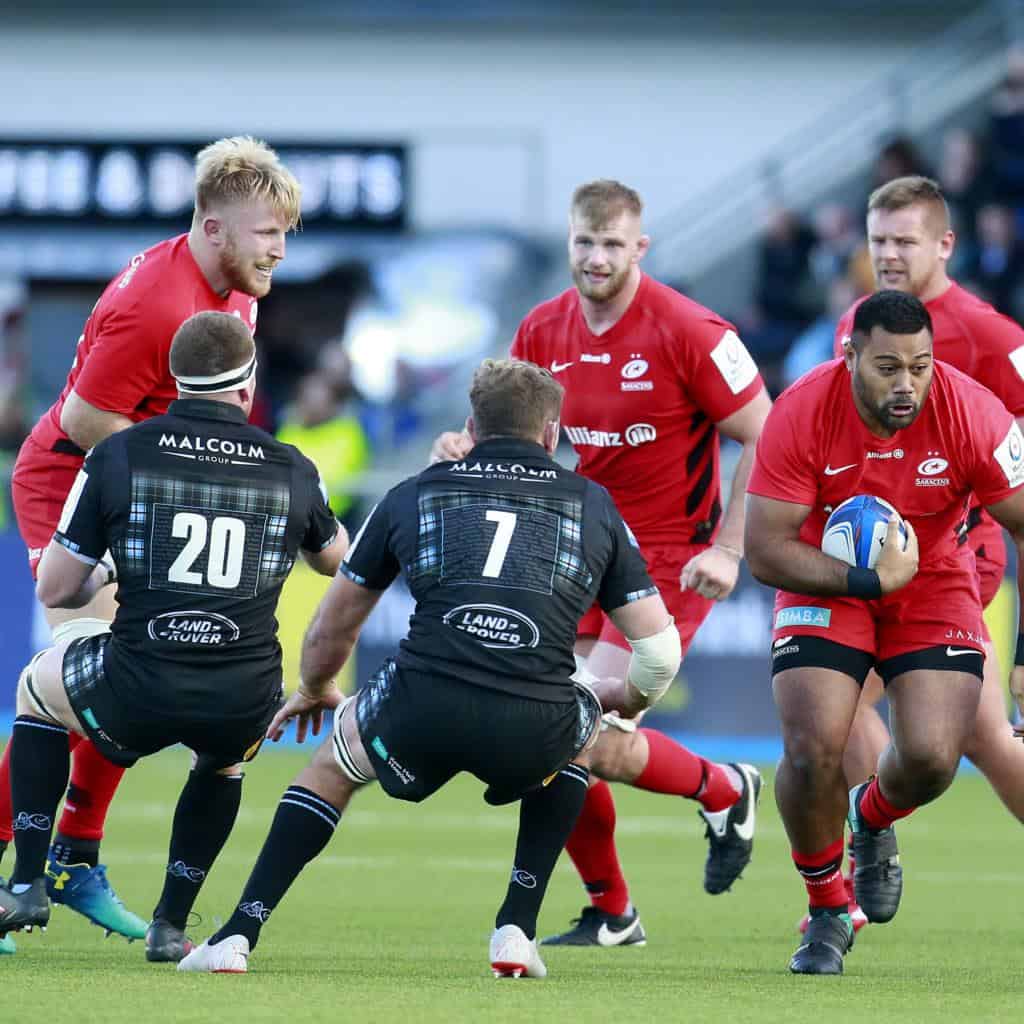 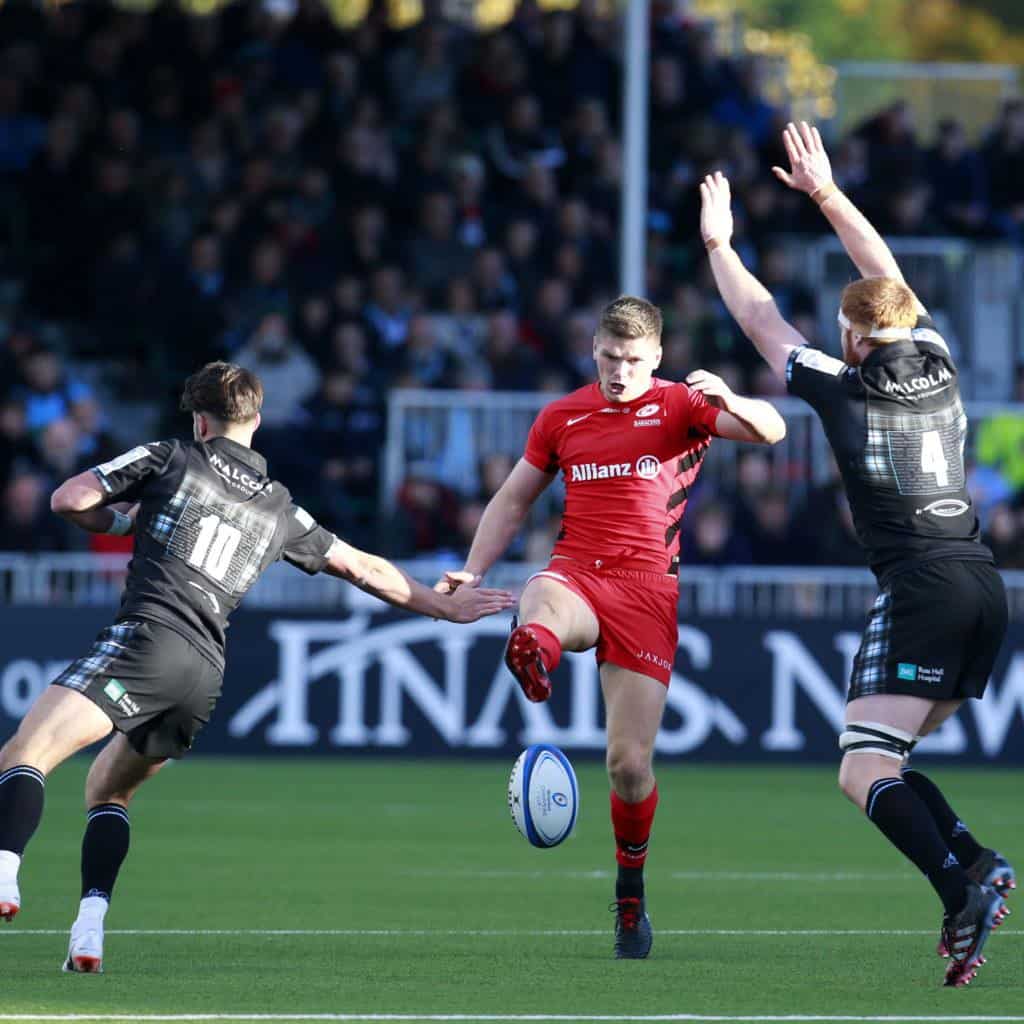