“It’s incredible how we played in the last 20 minutes – we played with so much intensity, great control from the half-backs.”

Owen Farrell’s boot and a late Billy Vunipola try earned Saracens their first win over Harlequins at The Stoop since 2014.

Trailing to scores from Danny Care and Joe Marchant, as well as Marcus Smith’s ability from the tee, Mark McCall’s side kept their composure with Farrell knocking over six penalties and converting Vunipola’s 70th-minute effort to record a 25-20 victory.

In torrential conditions, Care and Ben Spencer swapped several box kicks in the opening exchanges before Smith swept home a penalty from distance to put Quins ahead.

A serious looking injury to Paul Lasike resulted in a long stoppage which allowed Sarries the opportunity to regroup and compose themselves following a niggly start.

It was the hosts however who almost made their second dent on the scoreboard. Renaldo Bothma picked a great line and had an open run to the line only for Spencer to sprint back and deny the flanker with an excellent cover tackle.

Farrell levelled things up from the tee against the wind as both side’s physicality intensified. Saracens’ carrying saw them barge their way from the 22 to within inches of the line – with some creative play in between – only for a slight knock-on preventing five points.

A couple of phases later Farrell added another three before Harlequins scored a quick 10 points. After Smith dissected the sticks, Care gratefully intercepted and made his way under the posts.

Great work on the floor from Vunipola presented his fly-half a third kick at goal on the stroke of half-time and the Men in Black came out all guns blazing in the second half.

The visitors peppered the home side’s defence with carry after carry but had to settle for another Farrell strike to make it a one-point game.

Controversy surrounded the next score; a ‘what happened next?’ scenario which proved advantageous for Quins. Smith missed a pretty simple penalty inside the 22 but Marchant was alert, out-jumping everyone in red to dot down with a TMO needed to make certain everything was legal.

Captain for the night Farrell nudged over with 15 minutes remaining and his match-winning conversion came moments later.

With a penalty advantage, the ball was pulled to Alex Lozowski to attack Quins in space and his pass to Vunipola set the England man on a trot into the corner; Farrell’s extras and a late penalty making it six wins out of six. 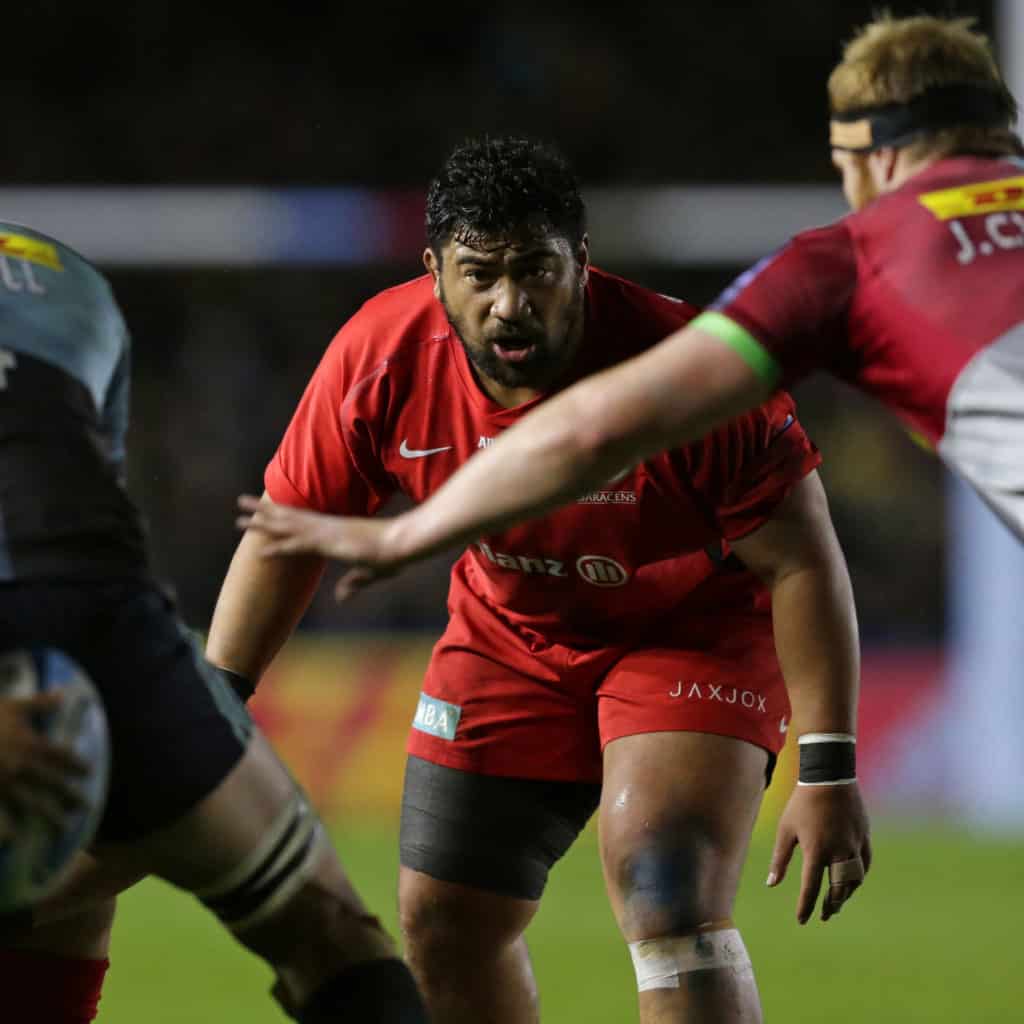 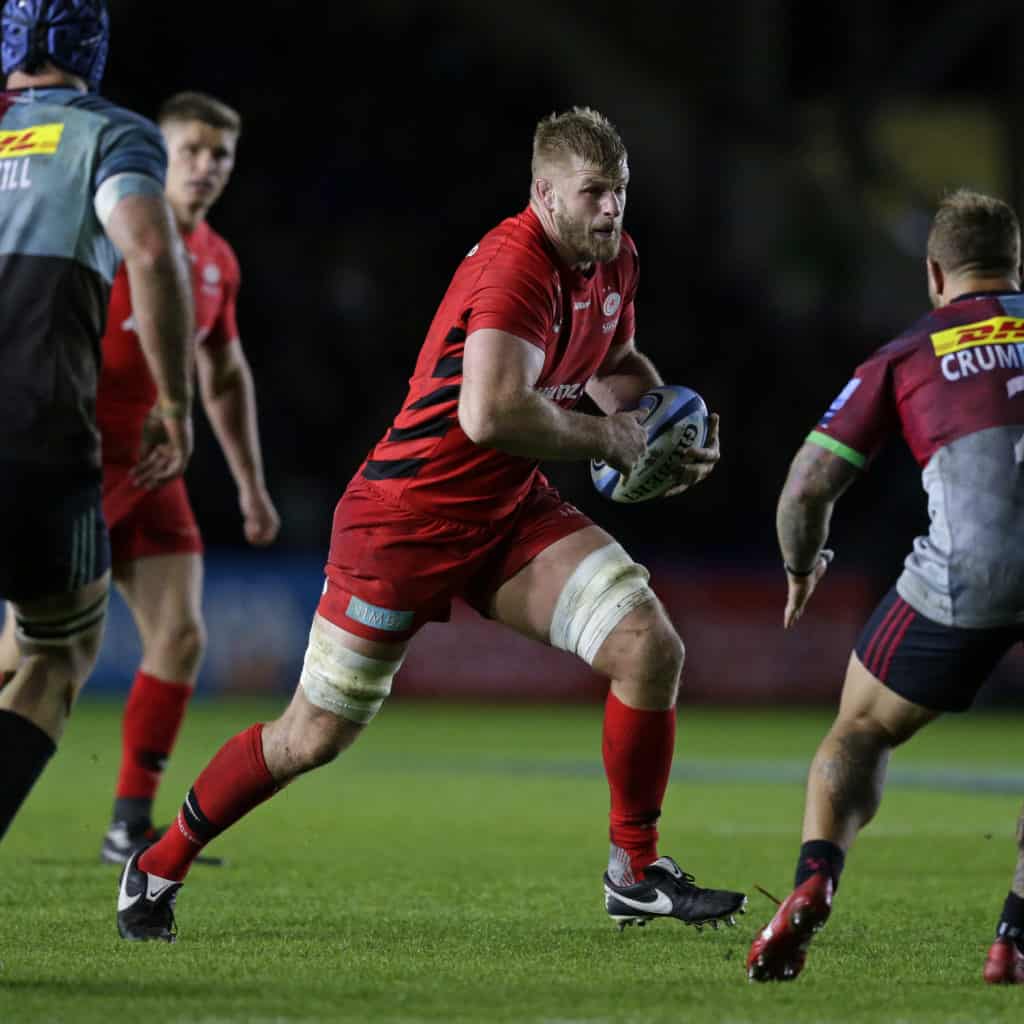 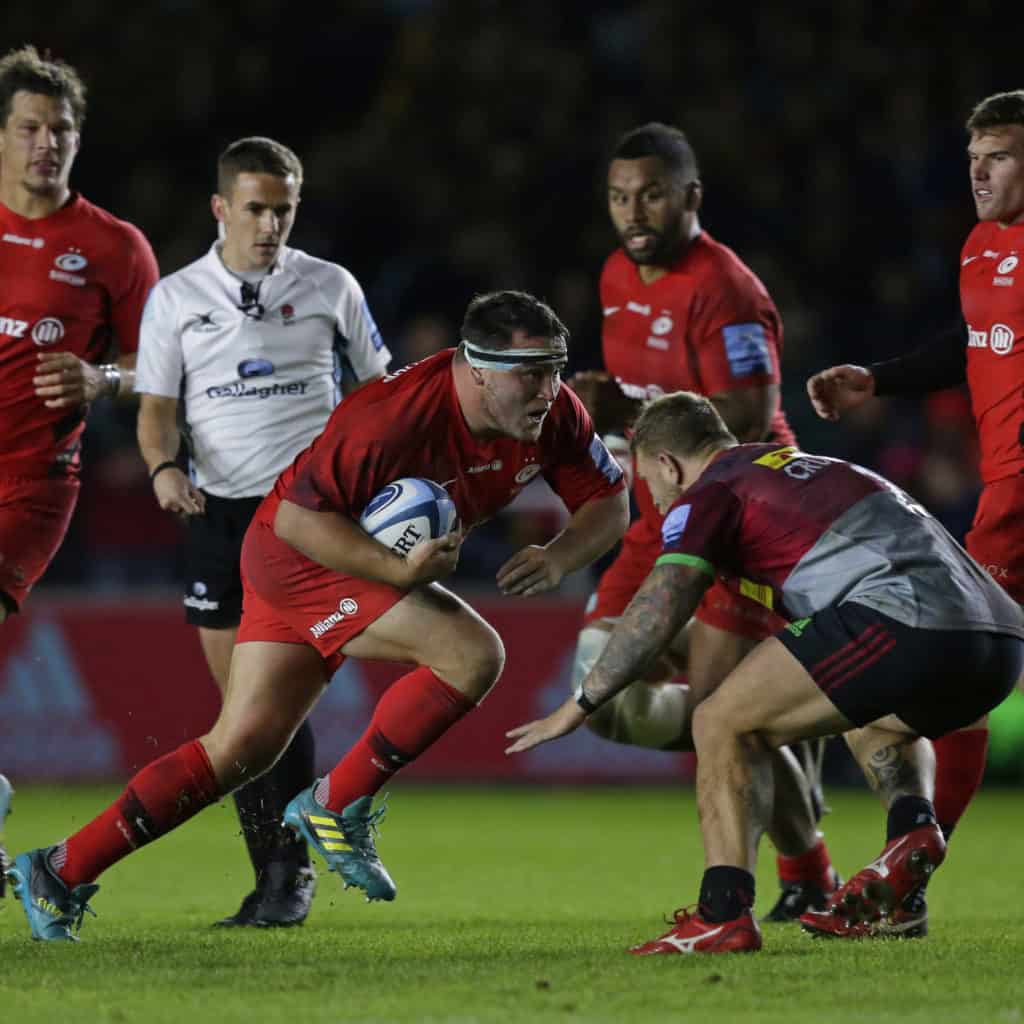 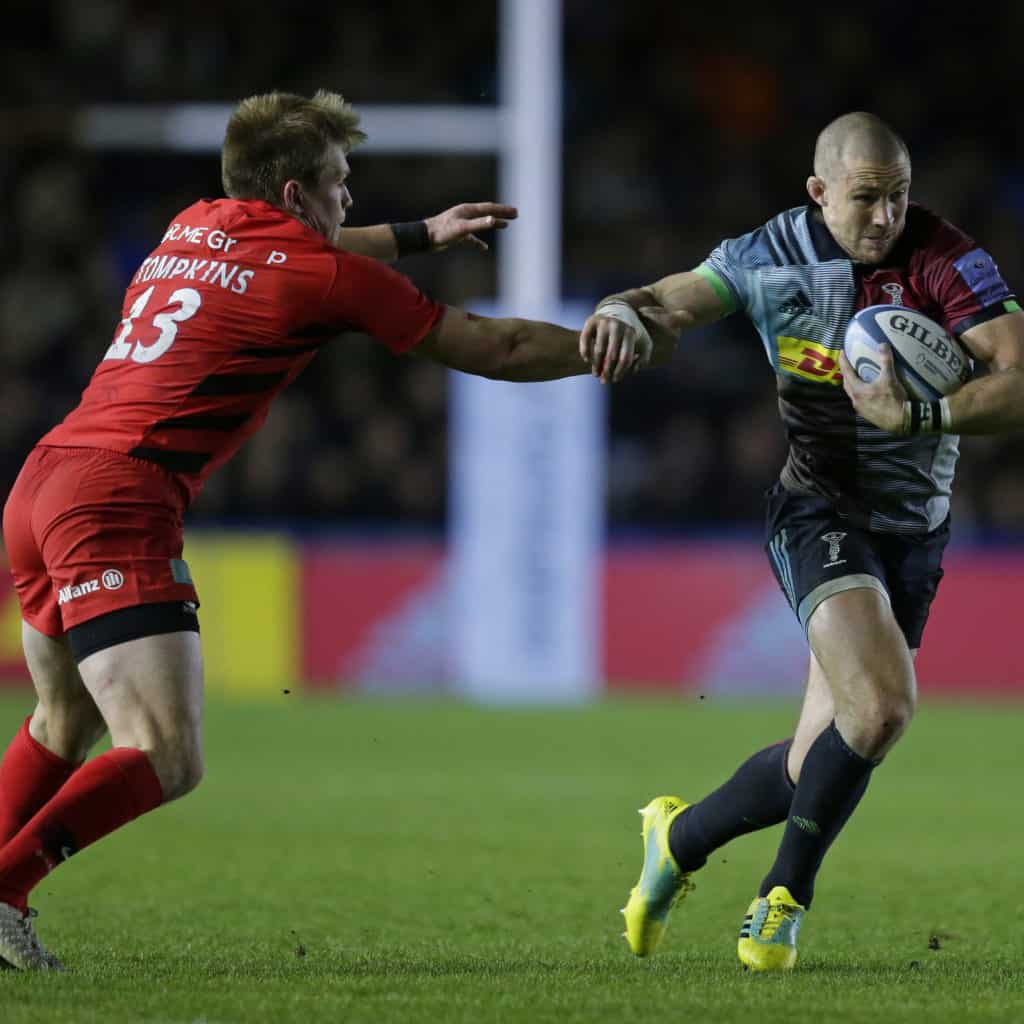 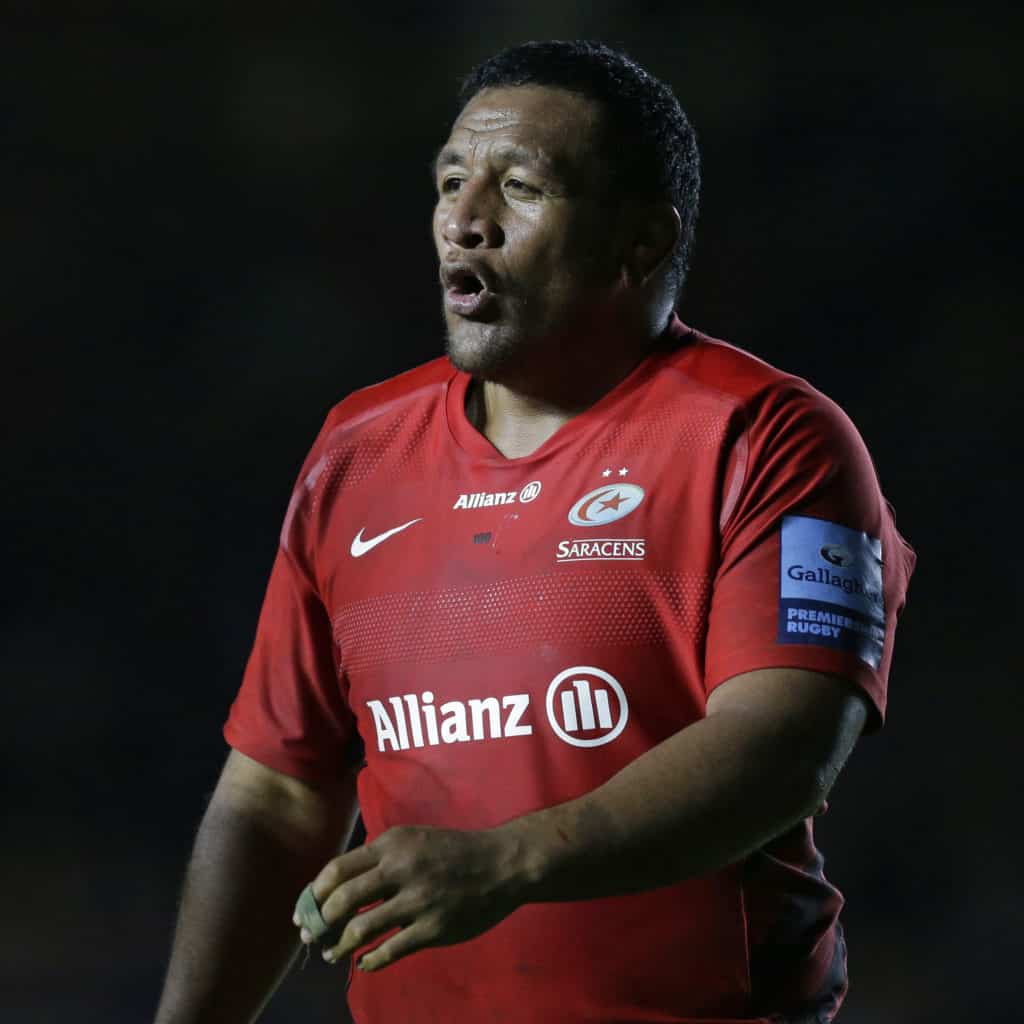 Watch the highlights from Saracens' first win at Harlequins since 2014.