Dom Morris scored on his first Premiership start but it wasn’t enough for Sarries at the Stoop.

A young Saracens side full of heart and enthusiasm suffered a 41-14 defeat to Harlequins at The Stoop.

Danny Care crossed early on and Cadan Murley grabbed a first-half brace before Sarries got on the scoresheet through Alex Lozowski.

Quins flyer Gabriel Ibitoye slid in just after the break and American Paul Lasike powered home for the hosts’ fifth.

On his first Premiership start, Dom Morris dotted down for an away consolation but replacement Martin Landajo wrapped things up for the south-west Londoners.

Missing several players to international duty, suspension and injury, Saracens took the game to Harlequins in the opening exchanges, though it was the home side that made their first opportunity count.

Off line-out ball, Care sped through and passed to the highly-thought-of Alex Dombrandt and following a couple of large strides, the Number 8’s outrageous offload sent his scrum-half scooting over.

Harlequins made it 12 points in as many minutes exploiting Sarries’ left-hand side via a Marcus Smith crossfield. Elia Elia caught the ball on the bounce, fed James Chisholm on the inside and his basketball pass saw Murley cross.

The winger added to his tally moments later. Smith’s hitch-kick and skip up the right helped Lasike go on the charge and the USA centre showed composure to get the ball in Murley’s mits and he made no mistake with the finish.

Saracens rallied under the sticks and led by co-captains Richard Wigglesworth and Jackson Wray, they managed to get themselves a try.

The forwards batter the Quins fringes, moved themselves to within an inch of the line and with the home numbers dragged in, Lozowski took a crash to brush the whitewash on the spin.

With the rain pouring, Sarries’ youngsters began to impress. First Morris drove Lasike into the ground and Joel Kpoku stripped Dombrandt in the tackle. Manu Vunipola delivered a sublime looping pass to Alex Lewington but the ex-London Irish speedster was denied the chance to gather his cheeky chip by the covering Care.

Half-time came at an inconvenient time for the visitors as it halted any momentum they had. The interval allowed Quins to rally and go again and as they constantly looked to get in behind via the boots, it eventually paid off with Ibitoye skidding over.

Lasike then got himself in the scoring mix going in off a short ball before Elliott Obatoyinbo was granted his league debut.

The young full-back dazzled on an early trot but it was the Saracens pack which aided their movements for a second score.

Like the first, pick and goes aplenty dragged Quins into the tight leaving space for Vunipola to fling possession wide to Morris for a short, open run to the corner.

Smith slotted a penalty to ease Paul Gustard’s team’s nerves and Landajo profited from Obatoyinbo’s keenness to complete the scoreline. 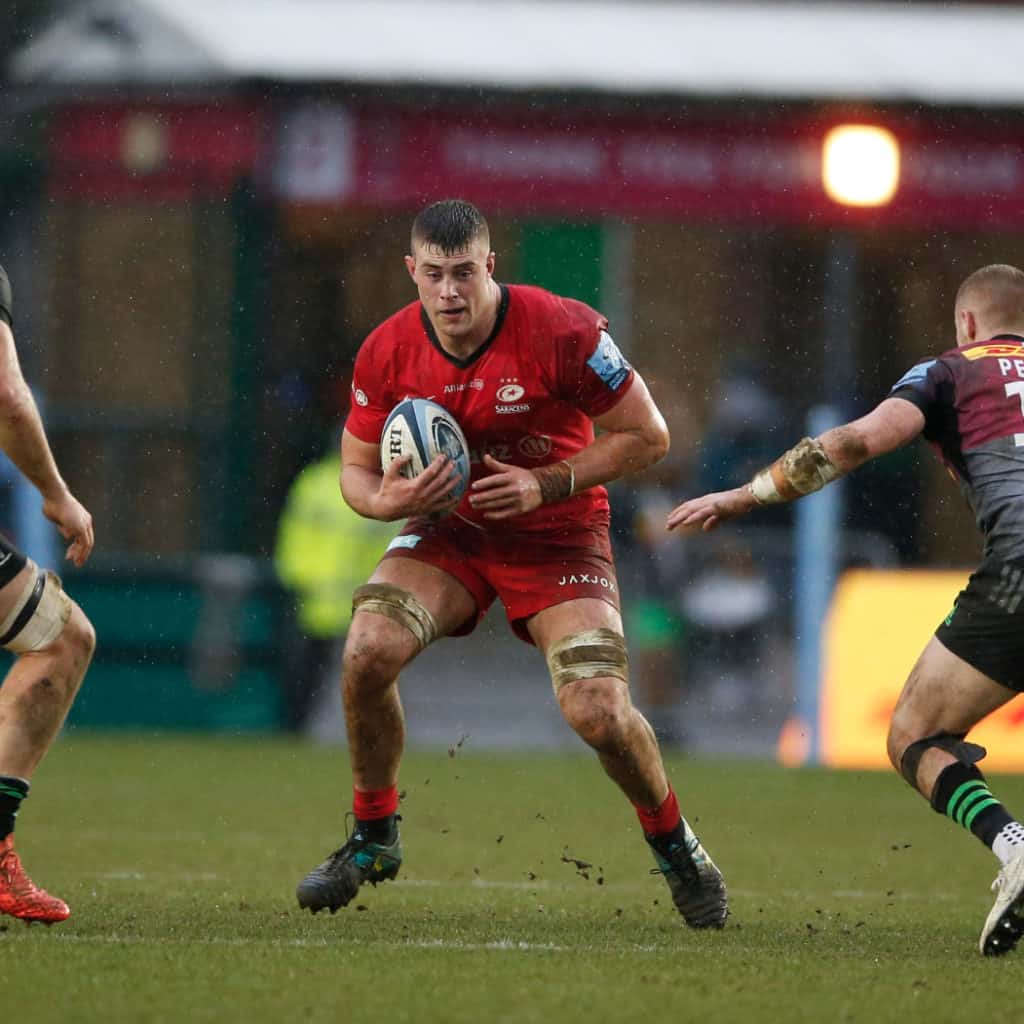 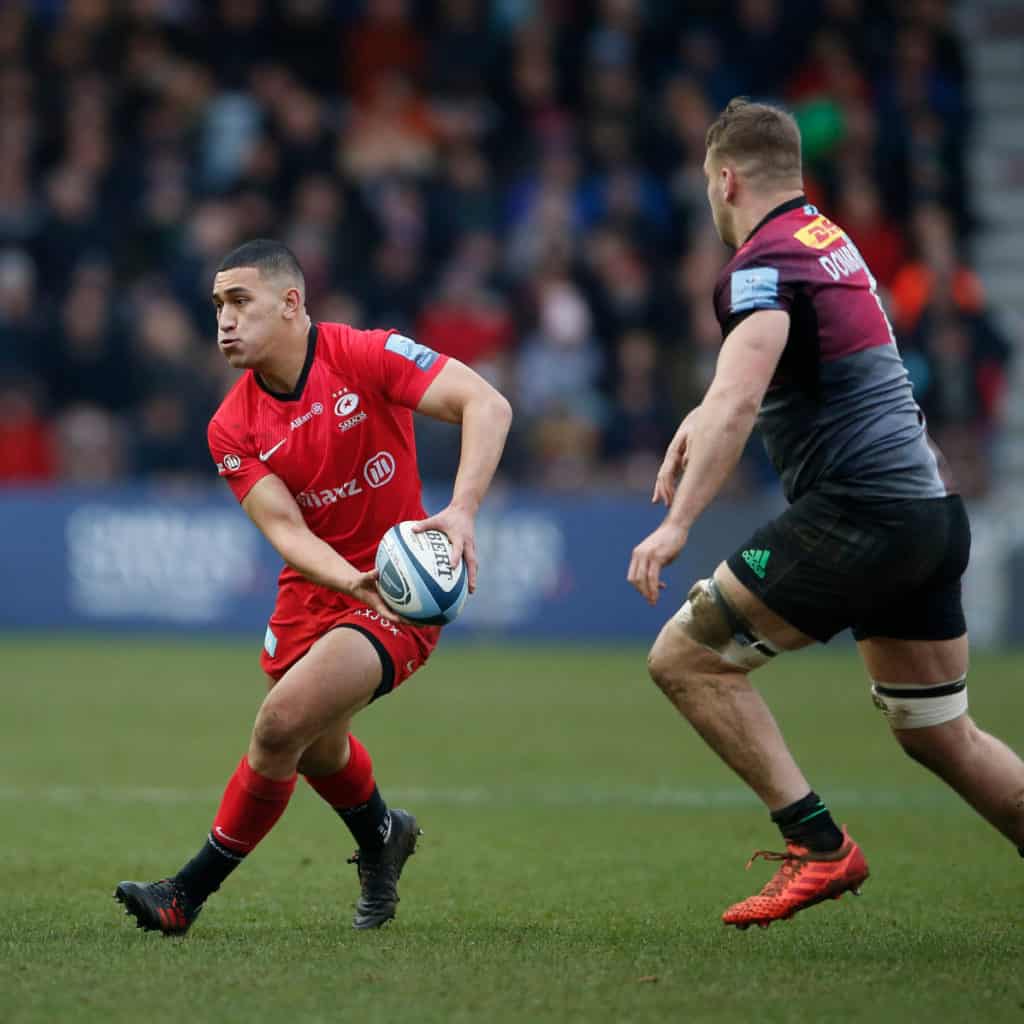 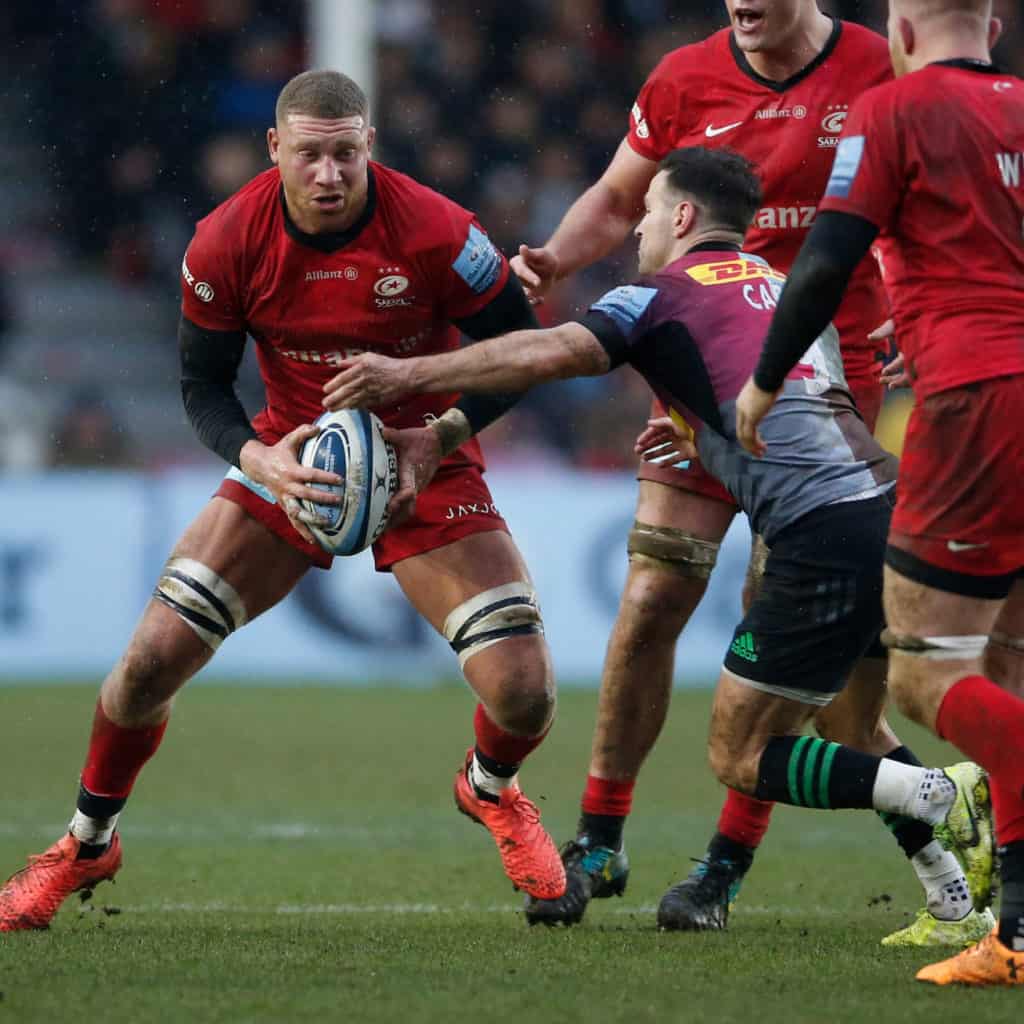 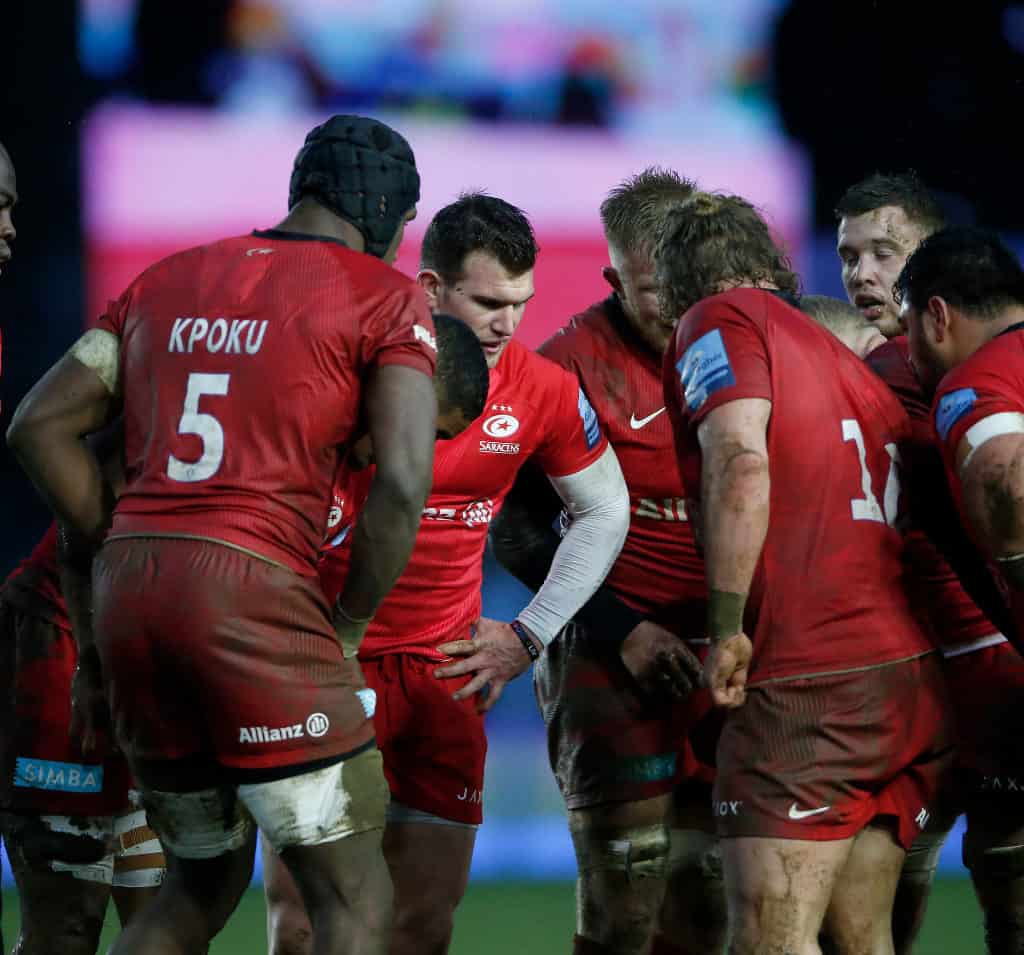 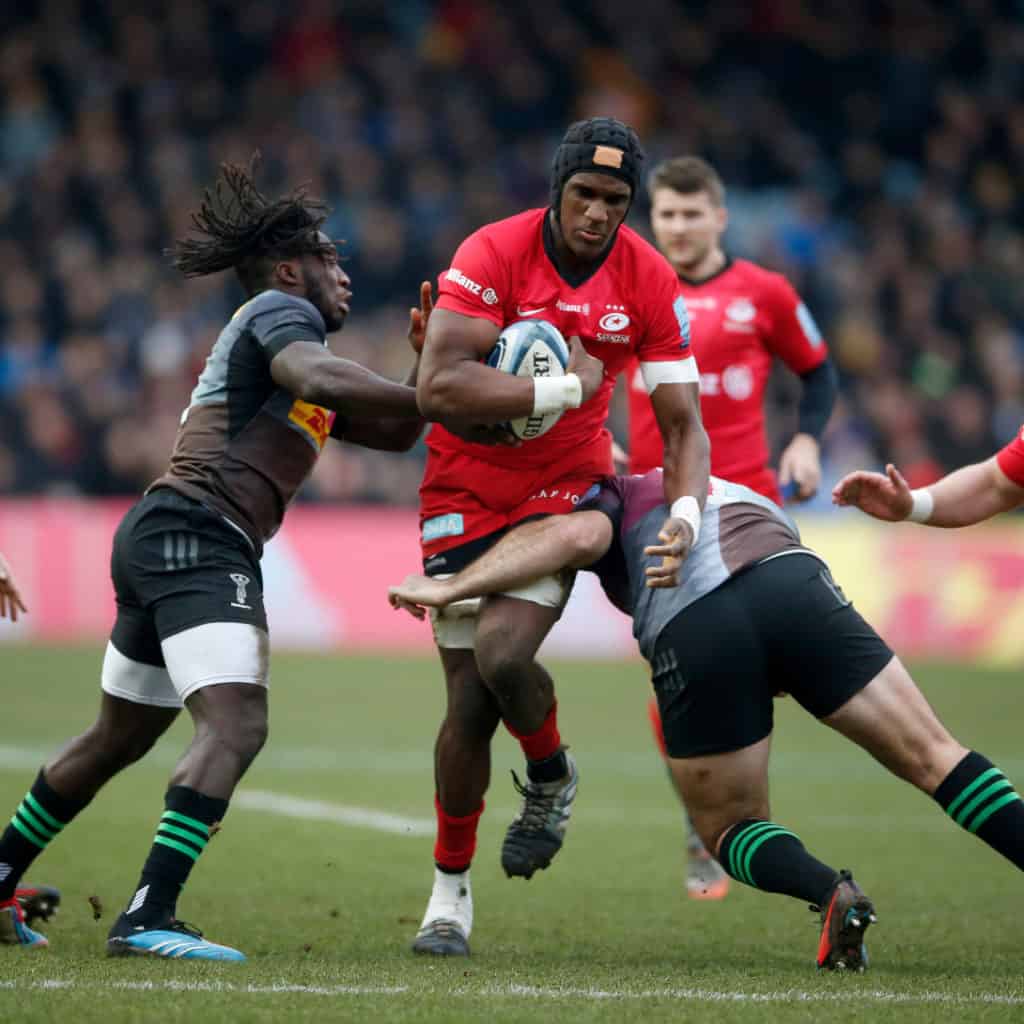 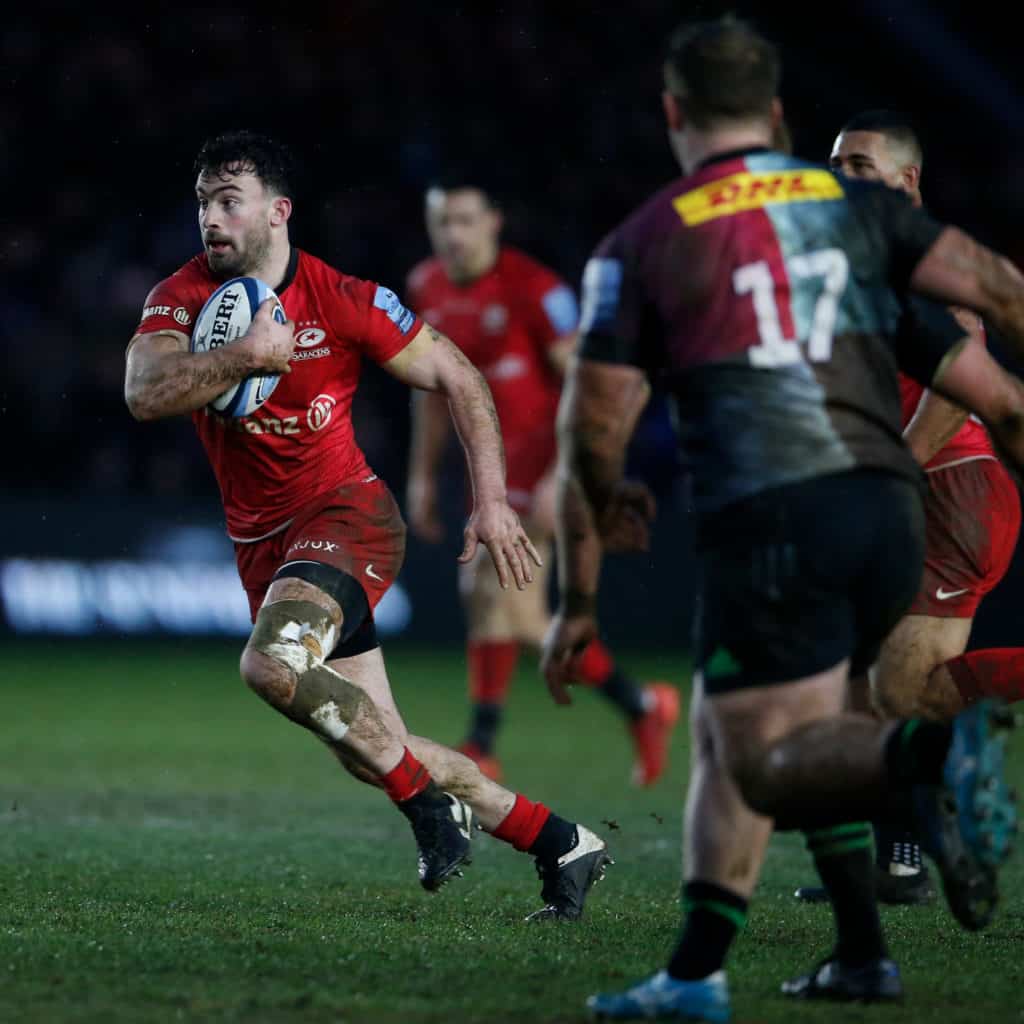 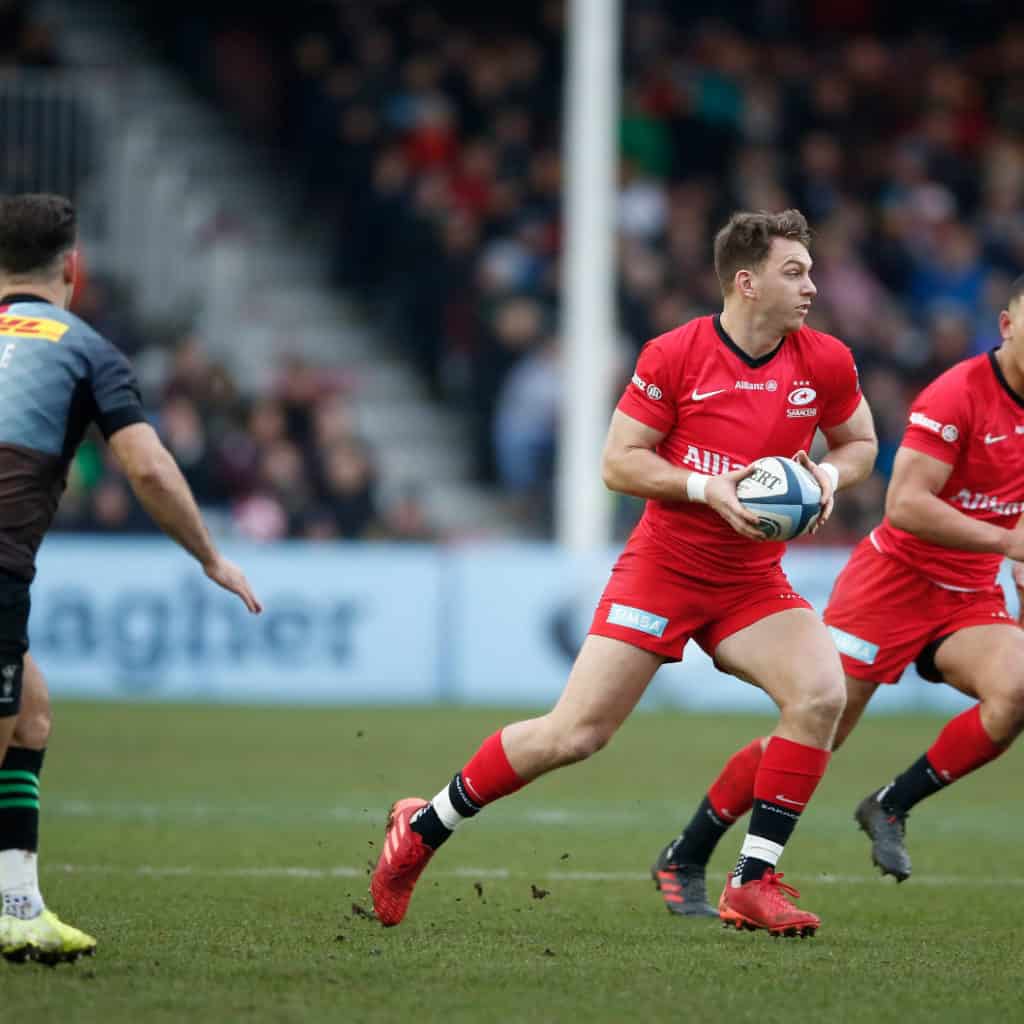 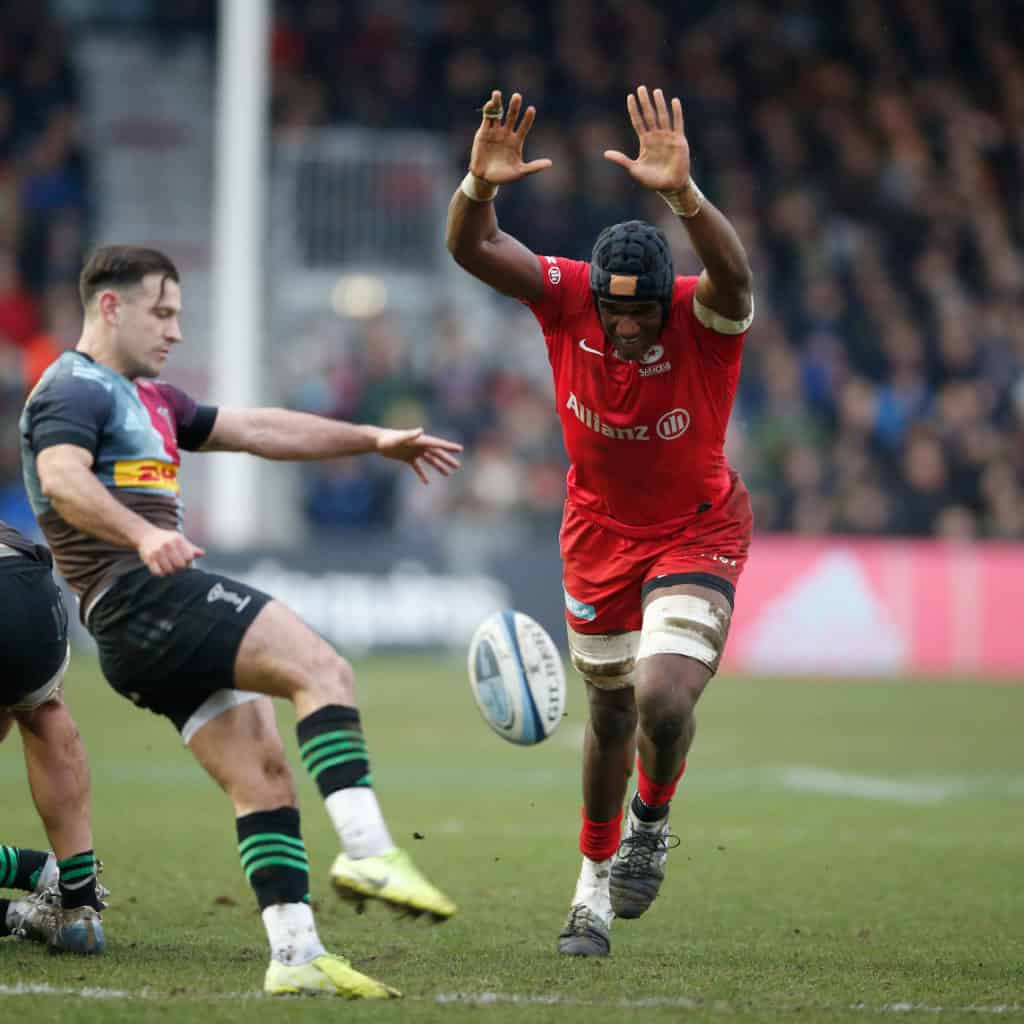 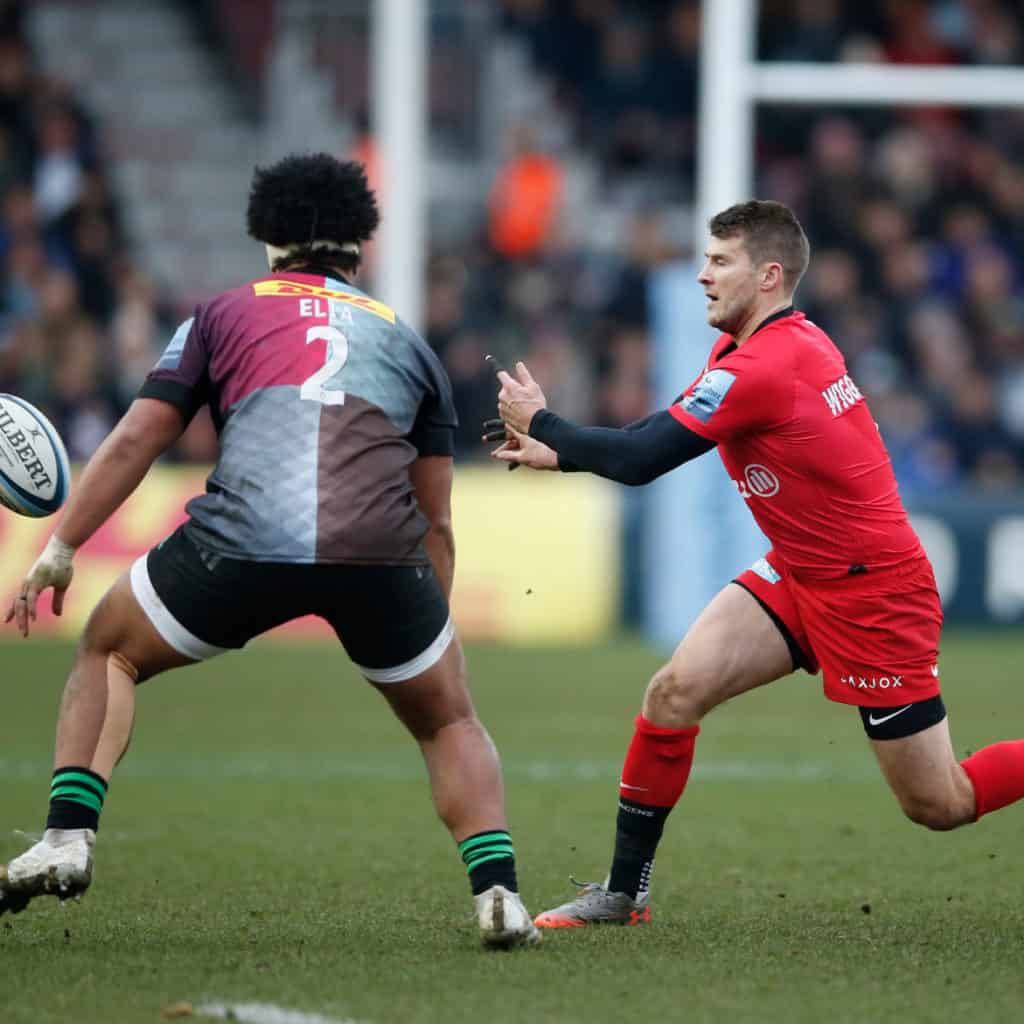 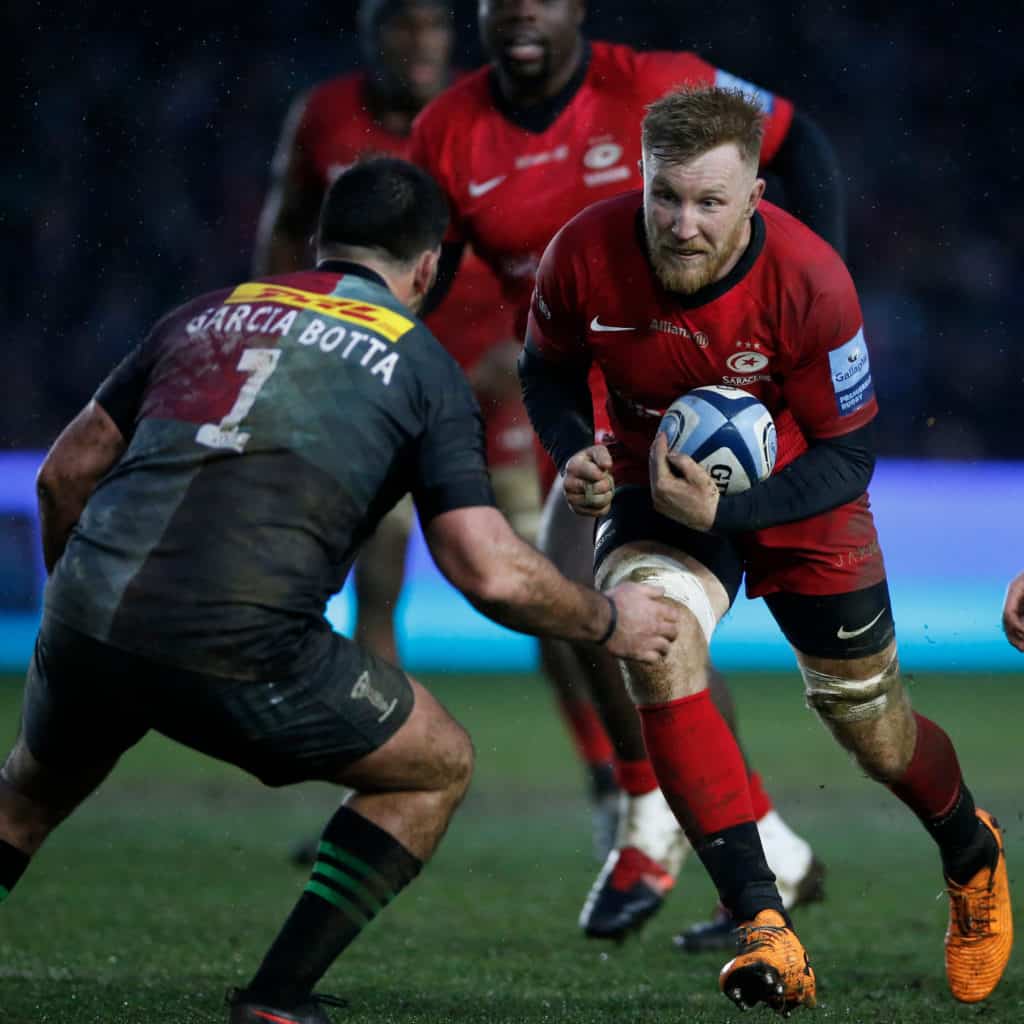 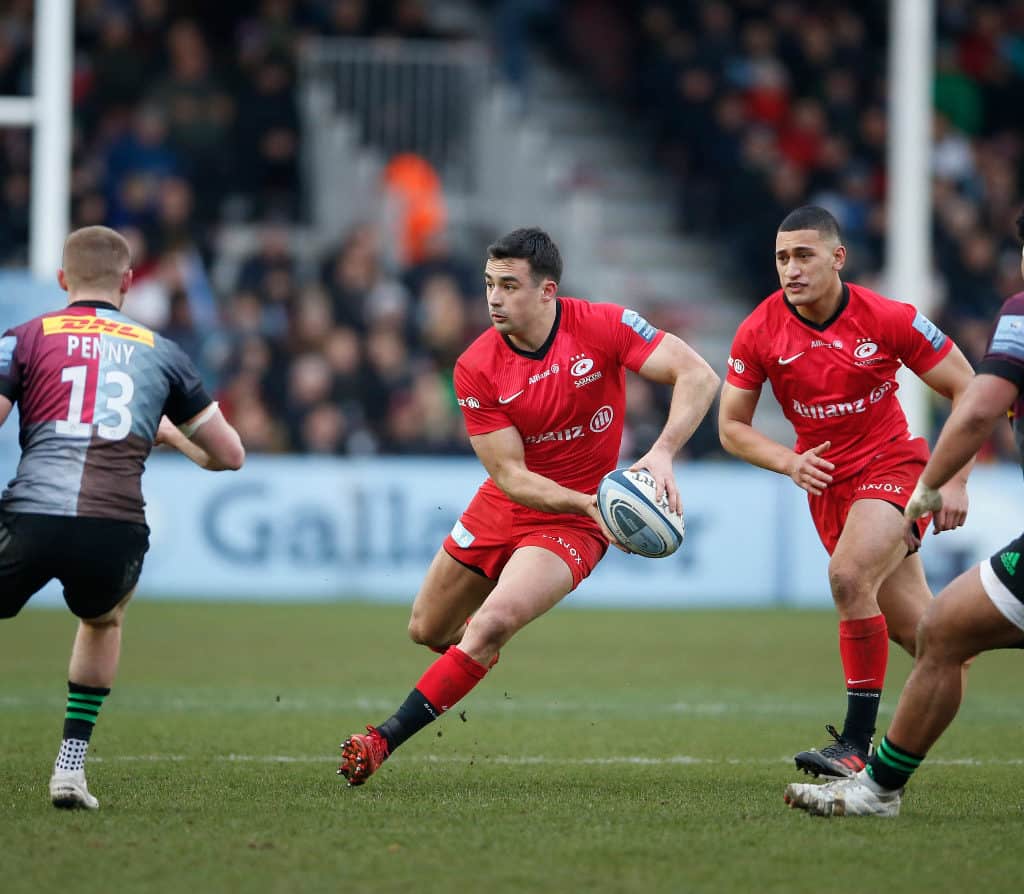 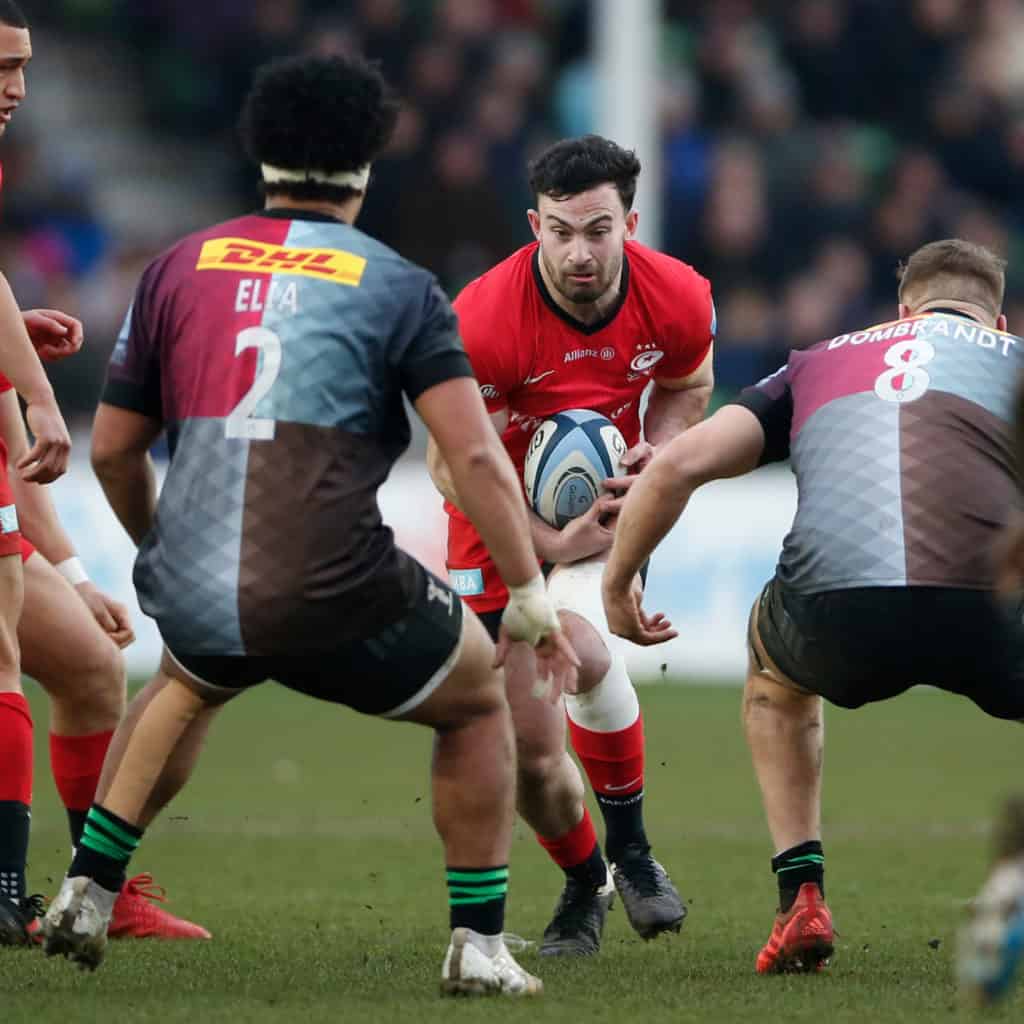 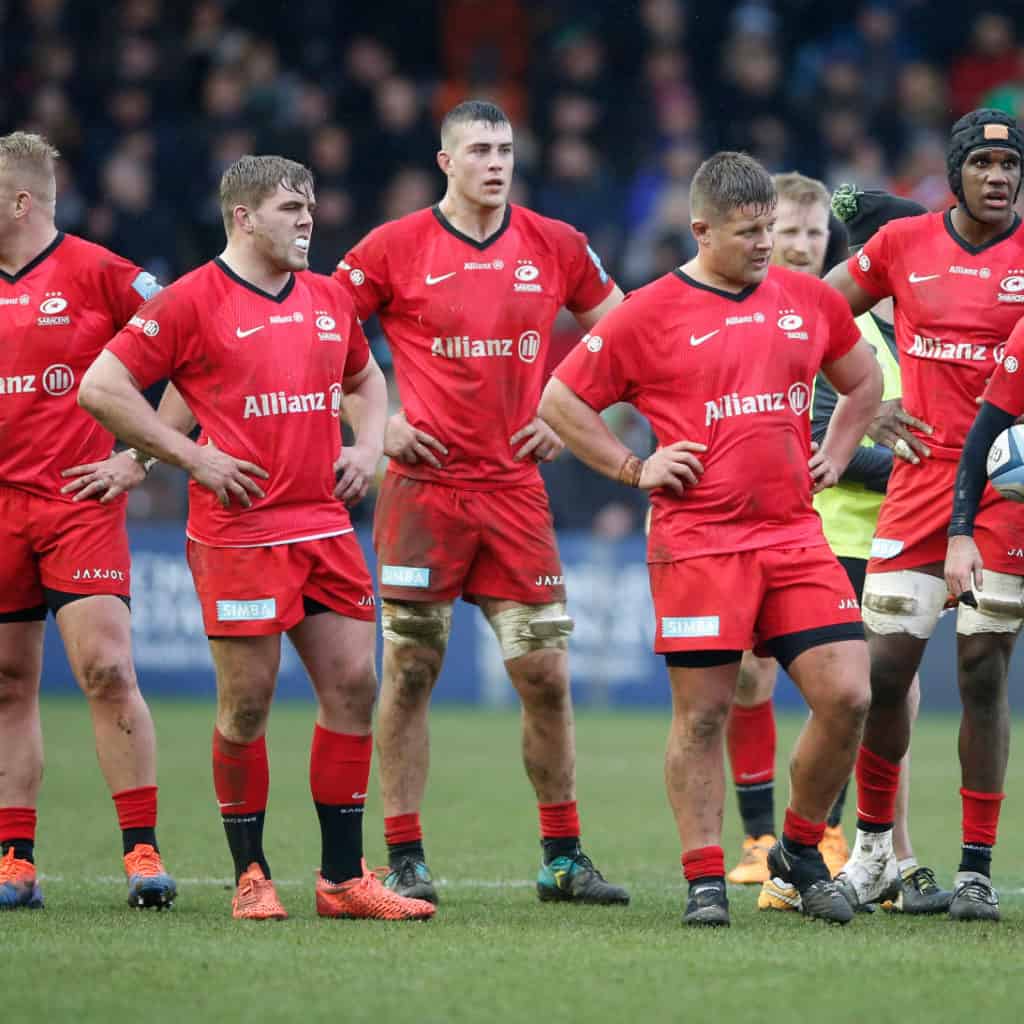