“We’ve gone out there today, given a proper performance being the team we want to be and got a great win at a tough place to go.” – Jackson Wray

Saracens’ first outing on the road in this season’s Gallagher Premiership saw a tight affair at Welford Road as a Ben Earl brace helped Saracens to claim a 24-10 win over Leicester Tigers.

A try either side of the half-time break from Nick Tompkins and Earl saw Saracens build their lead and while a second-half Adam Thompstone score lifted the home side supporters, a final try from Earl at the tail end of the 80 minutes confirmed the win.

A closely fought opening 40 kicked off with a physical start as both sides tried to stamp their mark on the fixture, with an early period of pressure from the home side providing a stern test for the Saracens defence. Phase after phase the hosts were denied until Sarries strayed offside and Noel Reid took his chance from the tee to put the Tigers three ahead.

Leicester may have taken the opening points but the first try of the afternoon went the way of the visitors as the Men in Black hit back just 10 minutes later. A Sean Maitland break took Sarries to within metres of the try line and although the returning Scotland international wasn’t able to squeeze himself, the ball was recycled and a few phases later Tompkins popped through a gap to grab the points.

Saracens continued to build the pressure on the Tigers, enjoying the lion’s share of possession and territory. A second score looked possible moments from the break when Alex Lozowski ran on to a charged down ball in the in goal area but after consultation with the TMO referee Tom Foley ruled no try. Instead a penalty was awarded to the visitors which Lozowski duly slotted to extend Saracens lead to 10-3 at the break.

It didn’t take long after the interval for Saracens to claim that second try though. Less than 10 minutes into the half Earl made a break for the line, bumped off his defender and slide through to score and reinforce Saracens’ dominance on the game.

As the half wore on it seemed Saracens were tightening their grip on the fixture but a loose pass gifted Leicester the chance to cut their deficit and Thompstone made no mistake as he intercepted the ball and ran the length of the field to bring Leicester to within a score.

The score buoyed the home side and, roared on by the Welford Road crowd, the Tigers began to attack the Saracens line with a renewed intensity. Saracens held firm though and right at the close of the game confirmed their win as Earl picked up a loose ball and claimed his second score of the afternoon. With the clock in the red there seemed to be a final twist in the tale for the Tigers as Foley once again called on the TMO to check a try grounding, however no try was given and Saracens closed out a pleasing 24-10 win on the road. 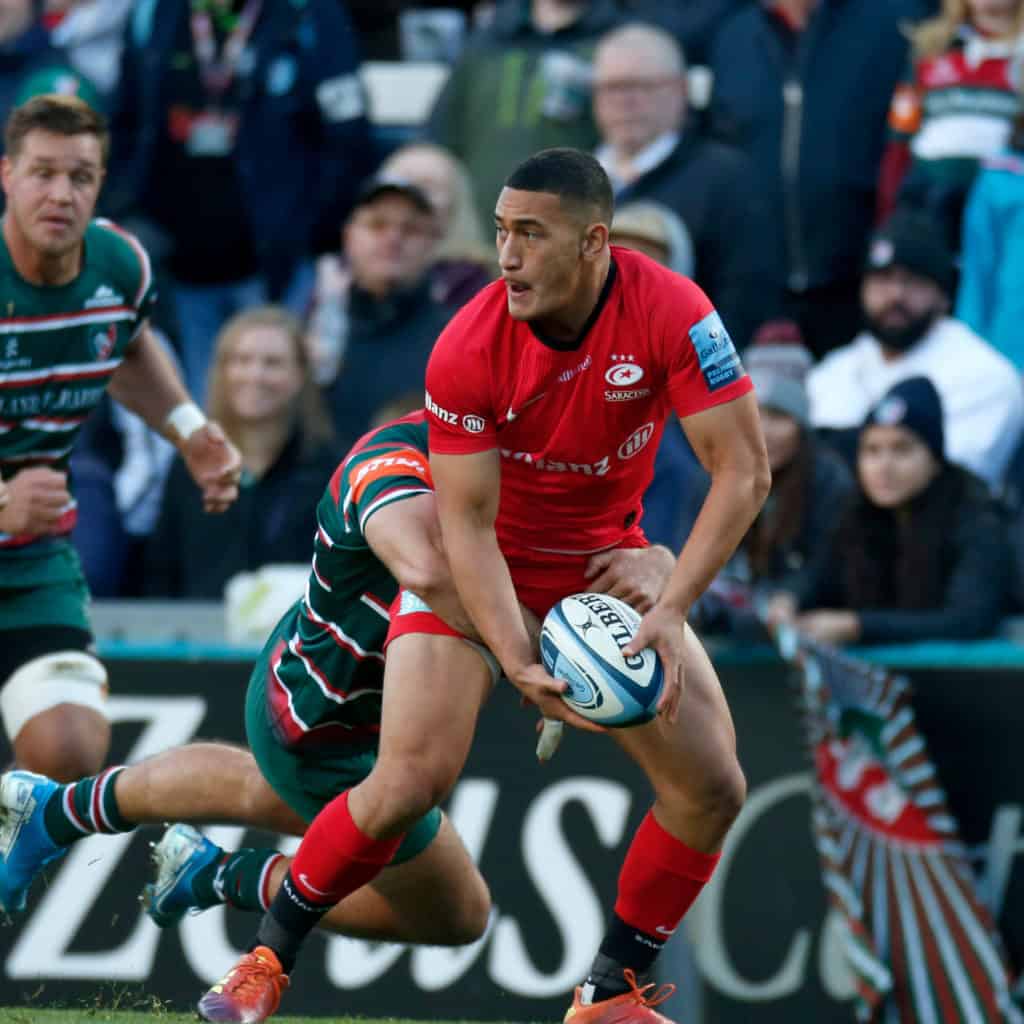 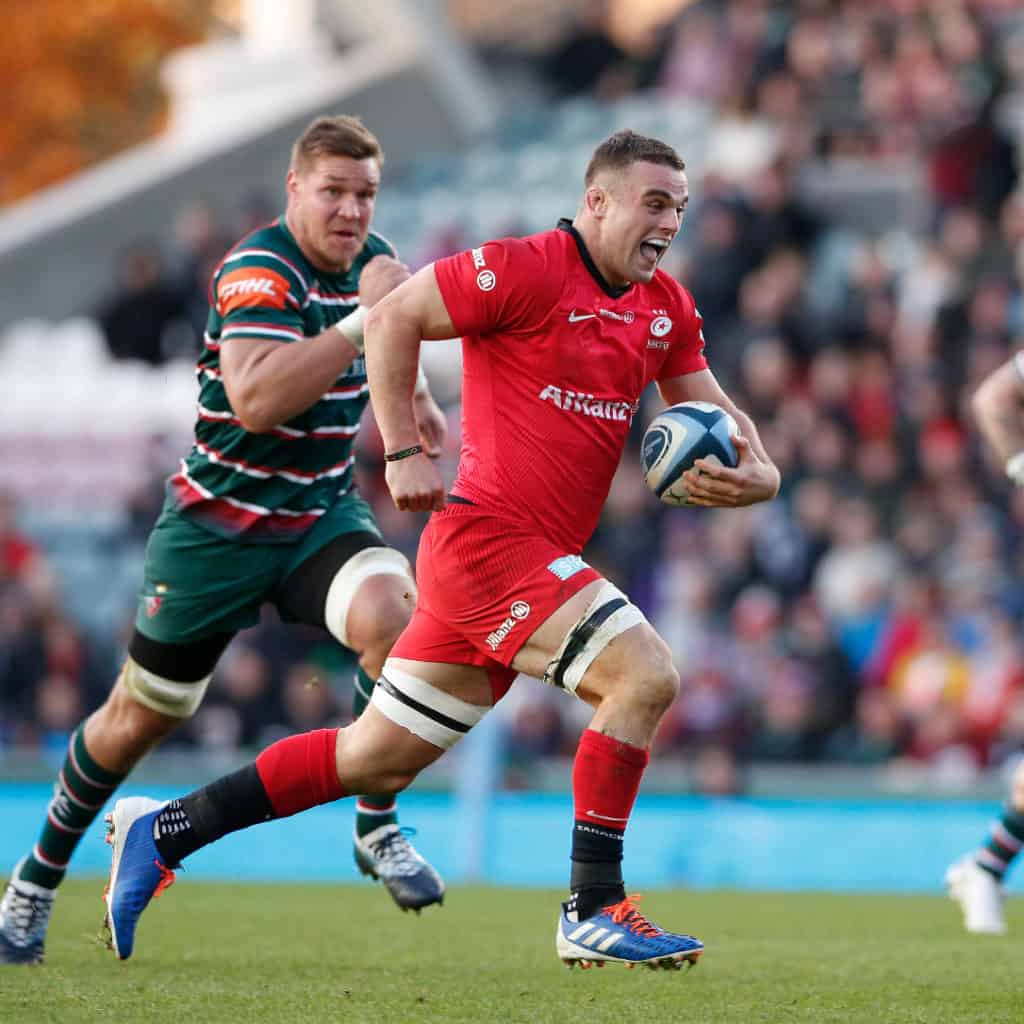 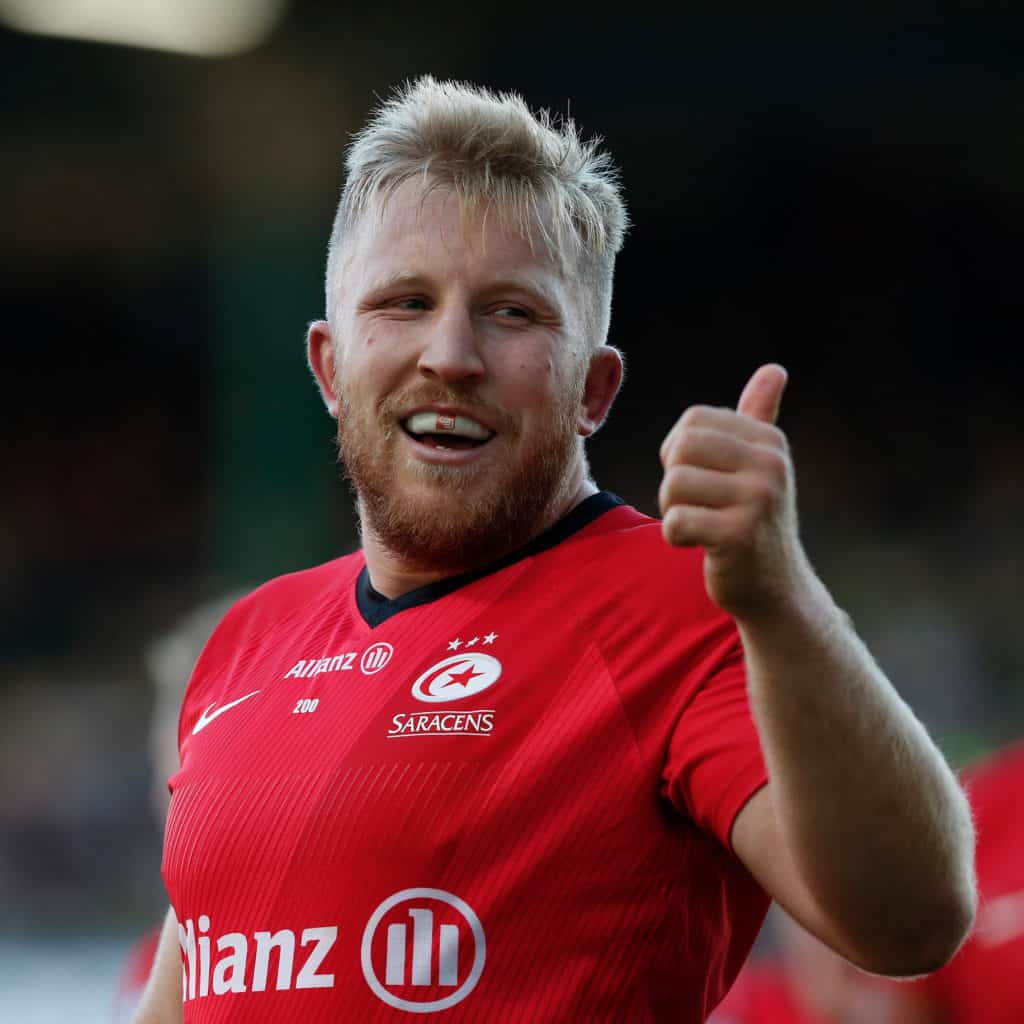 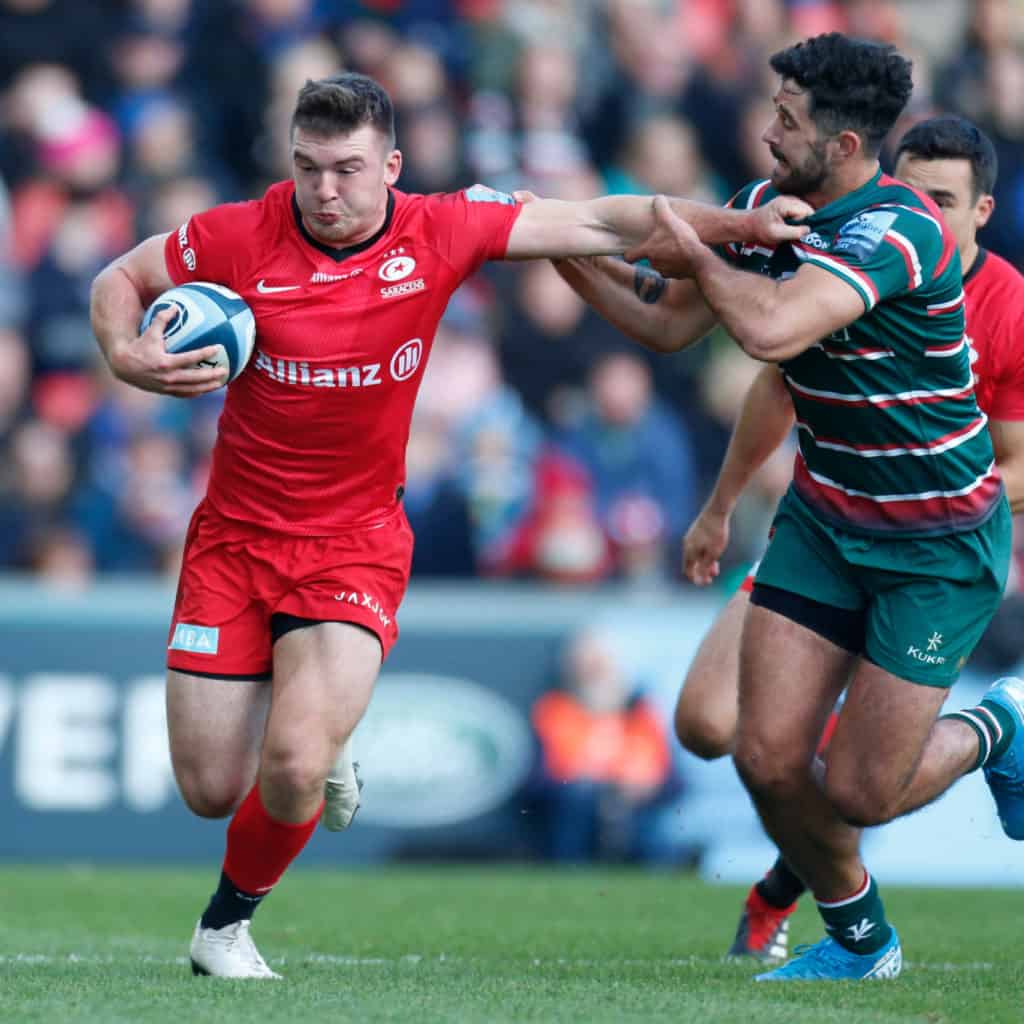 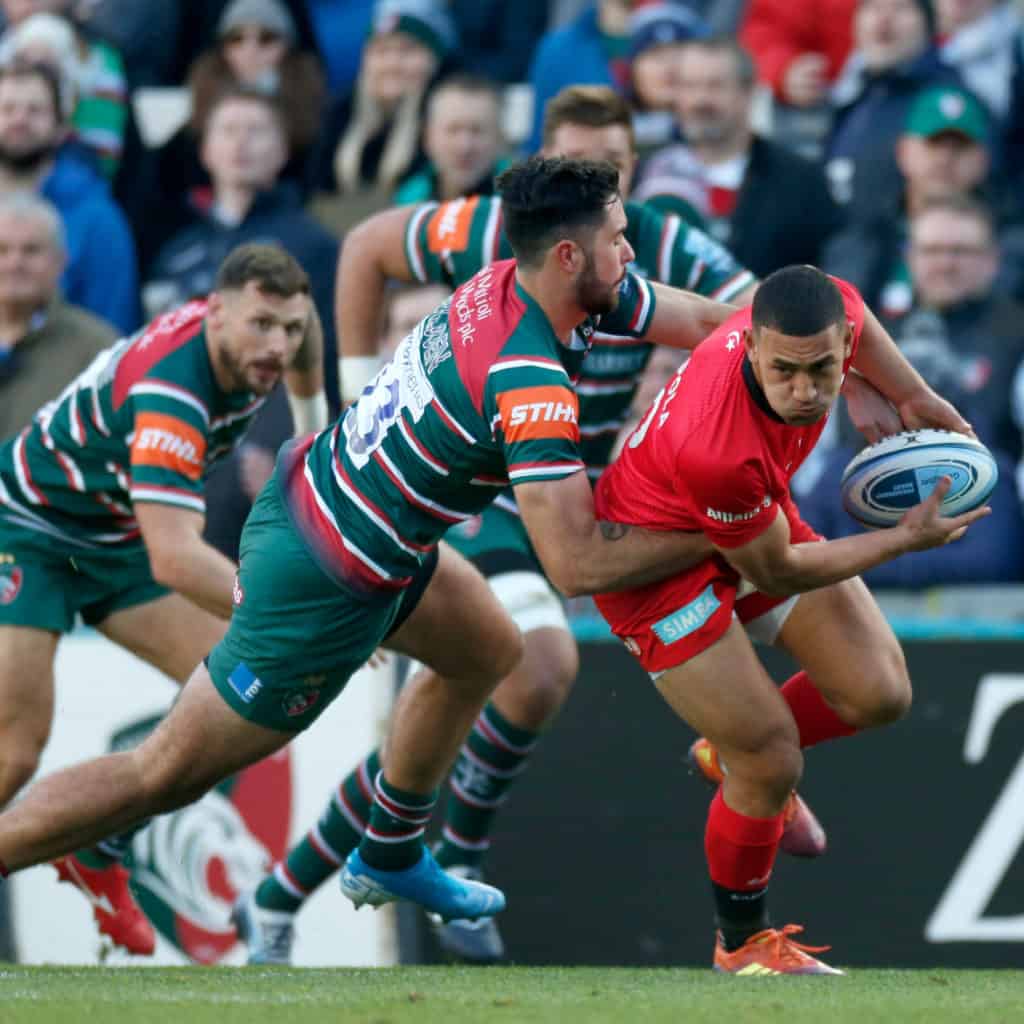 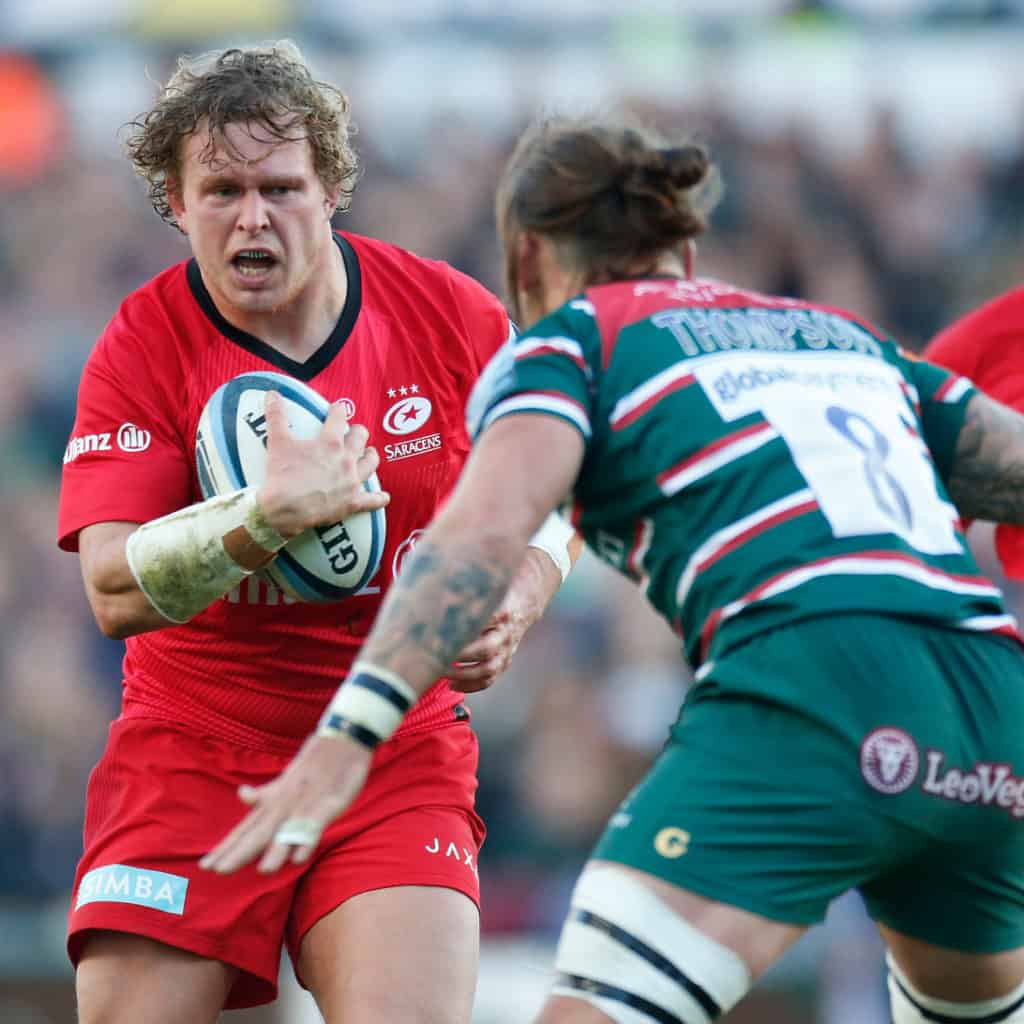 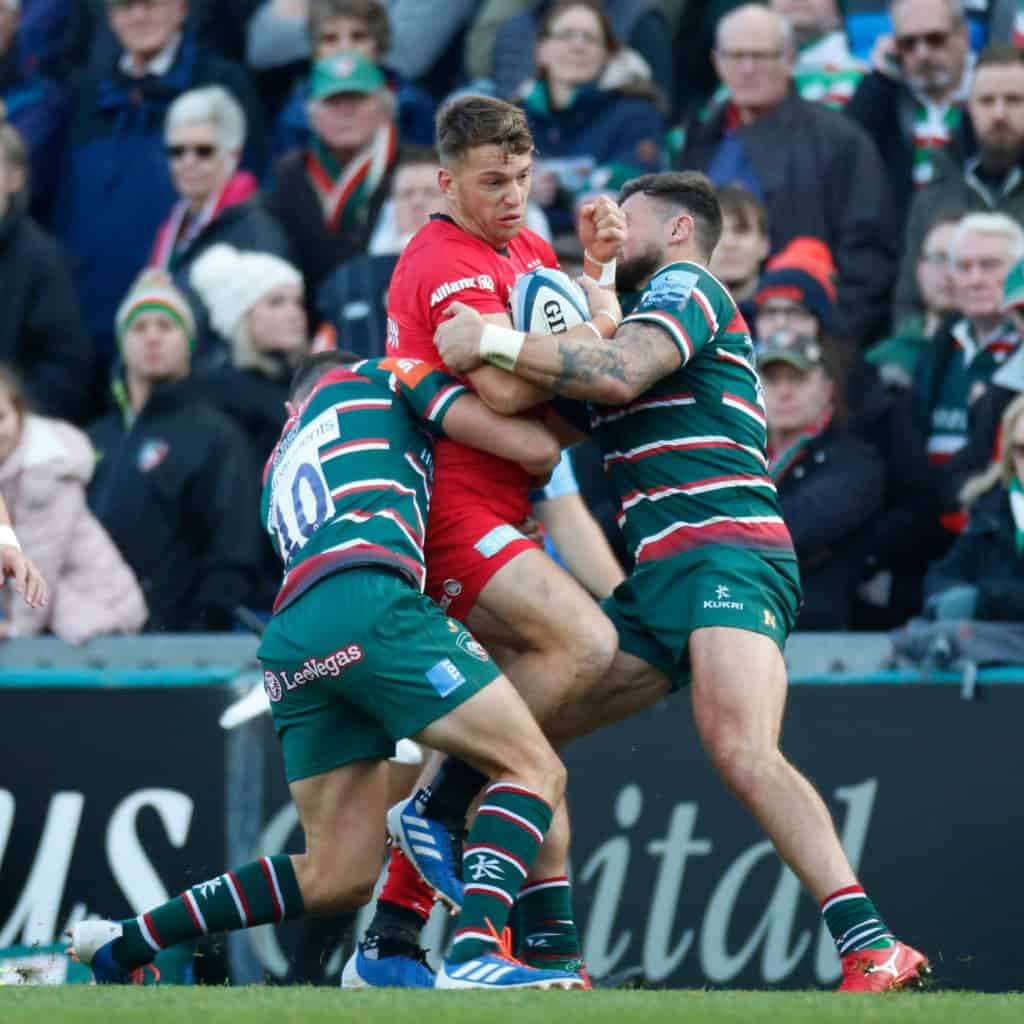 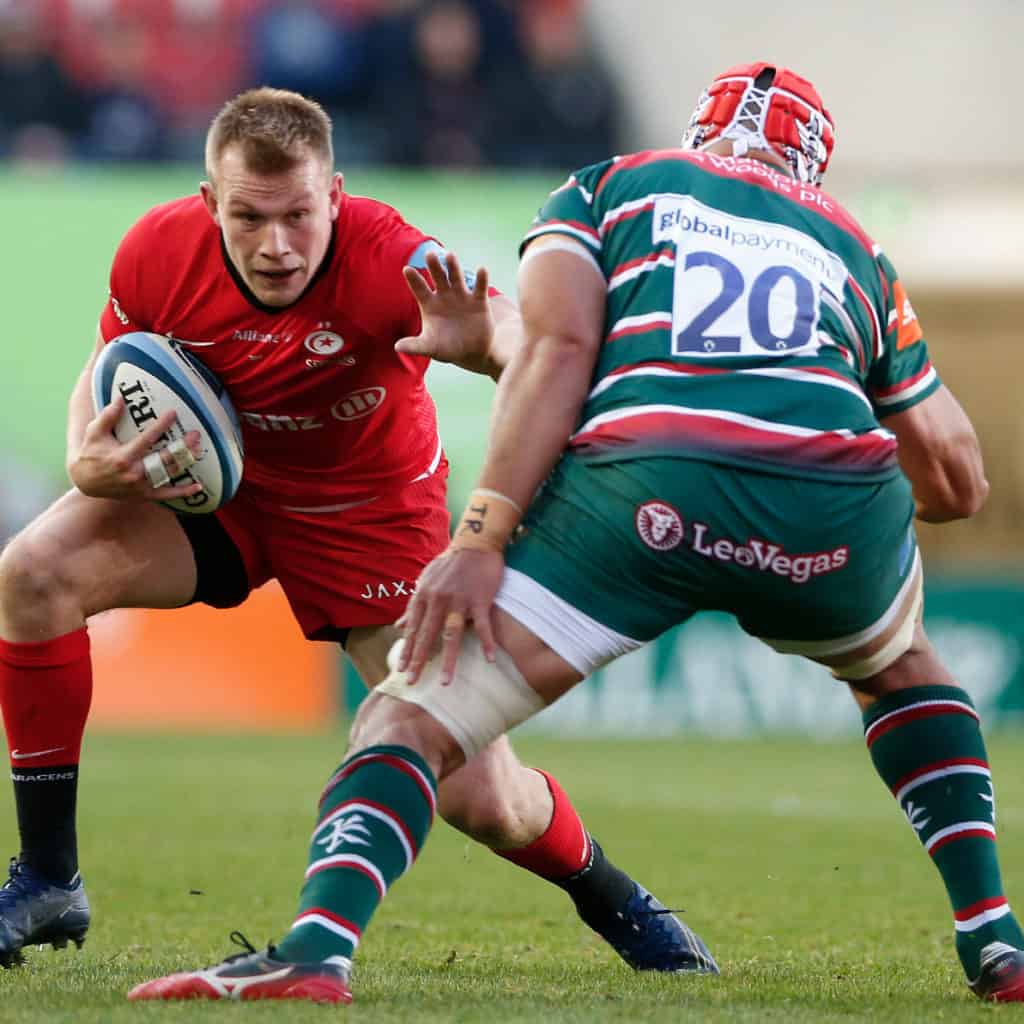 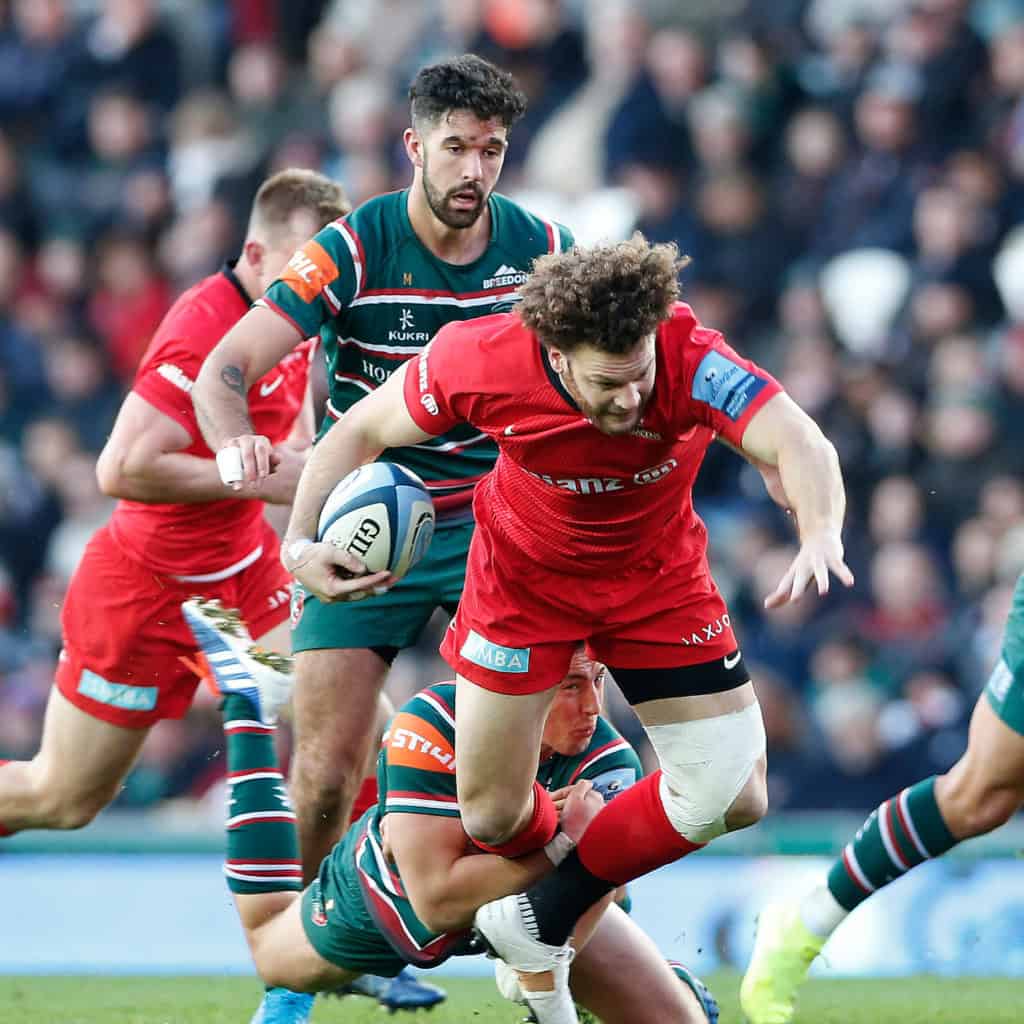 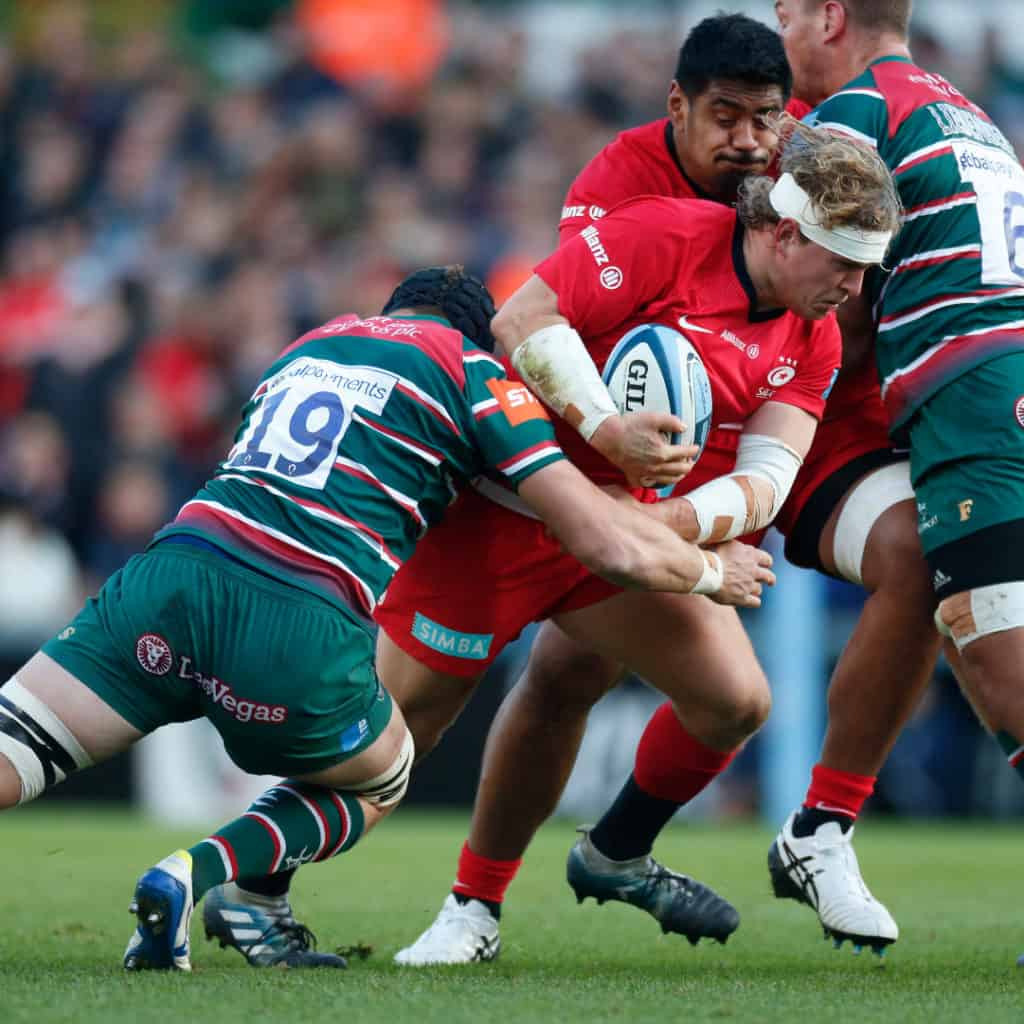