“We set a standard for energy that we brought and we need to keep it there.” – Richard Wigglesworth

Saracens recorded their sixth Gallagher Premiership victory in a row at Northampton Saints, coming from behind to win 27-21.

Saints centre Fraser Dingwall opened the scoring and Harry Mallinder doubled their advantage prior to Rotimi Segun scuttling over.

Manu Vunipola and Mallinder traded penalties to make it 15-8 to the home side at the interval but a quickfire double, first through Jack Singleton and then Nick Tompkins turned matters on its head.

Back from England duty, Ben Earl intercepted for a 50-metre trot to the line and that was enough for Saracens despite two late Mallinder kicks.

A swirling wind proved the main talking point at Franklin’s Gardens pre-match and it benefitted the hosts after three minutes.

Nick Isiekwe did brilliantly to knock back Richard Wigglesworth’s hanging box kick but when Alex Coles collected the bounce, he had and Mallinder in support who fed Dingwall on the inside for an easy run in.

Full-back Mallinder sliced his way to the line from an inside Dan Biggar ball moments later, with the Welshman converting, before Saracens got on the scoreboard with their first attack of the game.

Swift hands allowed Nick Tompkins to break on the right and his deft pop sent Segun speeding over for his 11thtry of the campaign.

The visitors closed the gap once more through the boot of Vunipola before his opposite number Biggar was forced with an injury. His replacement at fly-half, Mallinder, nudging a penalty on 25 minutes.

Sarries were unfortunate to lose Jackson Wray and Duncan Taylor to head knocks and as the new faces were readying themselves for action with a first phase, Saints’ Cobus Reinach carried and it almost meant a second score for Dingwall only for a superb last-ditch Wigglesworth tackle to deny the centre. Flanker JJ Tonks came in behind and looked to dot down himself, however fumbled at the last.

Another forced substitution saw Alex Goode depart the field leaving the Men in Black short of experience, though the young heads, who had to defend for heavy periods for the rest of the half, kept themselves within seven.

Mark McCall’s side levelled things up seven minutes into an eventful beginning to the second half.

Northampton lock Lewis Bean was sin binned for a forearm to Wigglesworth’s head in a challenge and the hosts were reduced to 13 soon after.

Wigglesworth looked to have an easy pass on for Tompkins to cross on the short side but an offside Taqele Naiyaravoro knocked on to thwart the Wales international and he received a short spell on the sidelines.

A line-out followed and Titi Lamositele was unlucky not to be awarded his maiden 2019/20 try. His front-row companion Singleton did manage to squeeze over the whitewash a phase later with a little help from his mates.

Two men up and buoyed by clawing their way back to 15-15, Saracens continued to heap pressure on Saints and took a deserved lead.

Alex Lewington made the initial break and Tompkins hit an outside line for his fourth at Franklin’s Garden this season.

Saints settled a frantic few minutes with another Mallinder strike ahead of their return to their full contigent. Bean and Naiyaravoro’s return could do nothing to prevent Earl sprinting in from halfway.

The newly-capped England man caught Reinach unawares and picked off his pass to run into the corner.

Replacement Matt Gallagher became the latest player to earn 10 minutes out of action, alleged to have purposely hit the ball down one-handed, and in his absence Saracens’ defence stood firm despite heavy Saints possession in away territory.

They did come away with three Mallinder points and Lewington was also yellowed late on, but Sarries held on for another win at the Gardens. 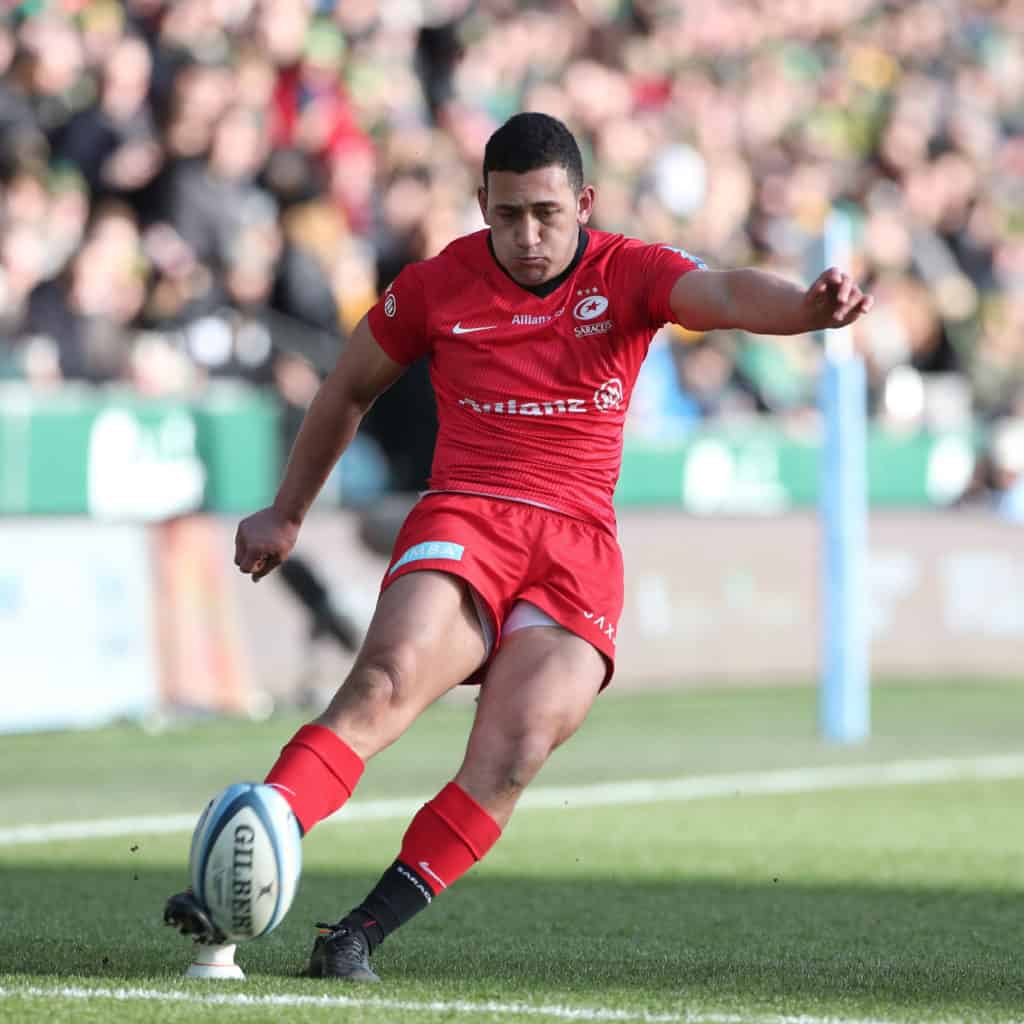 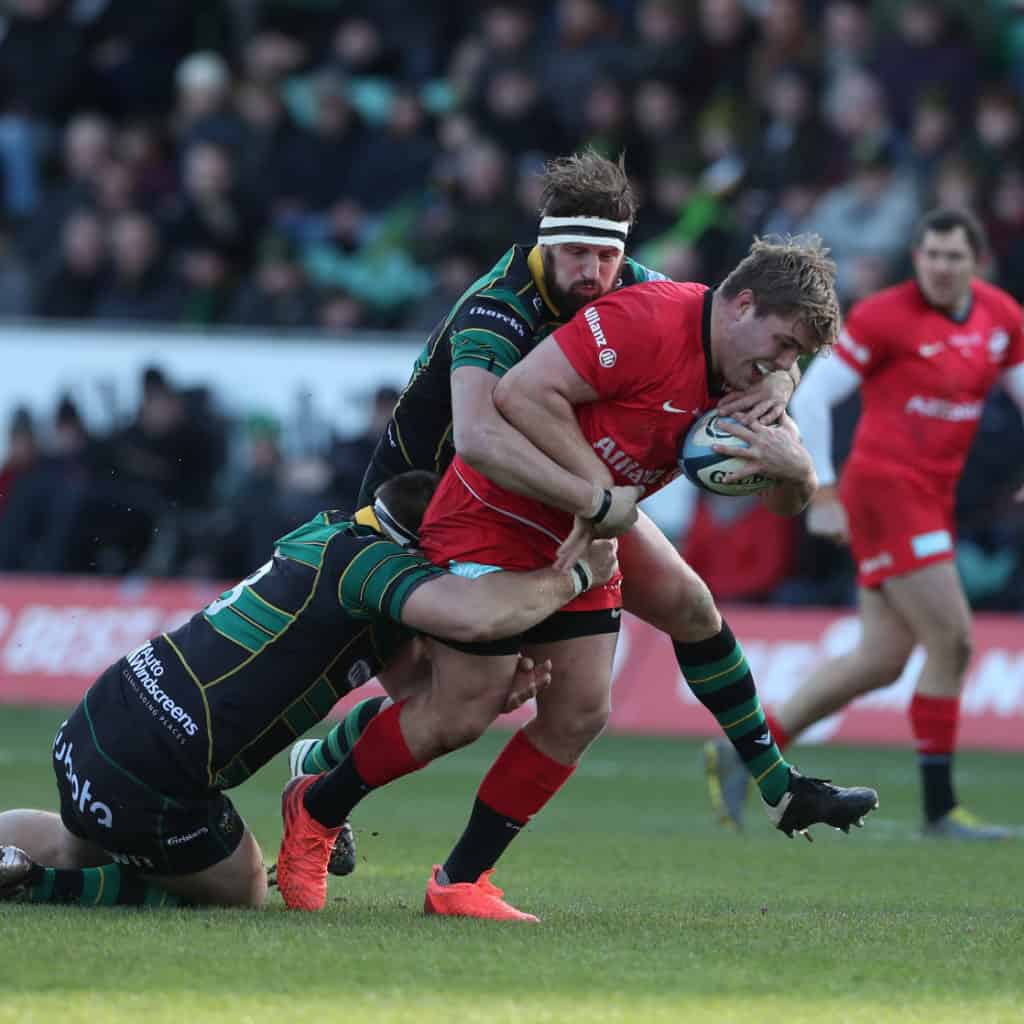 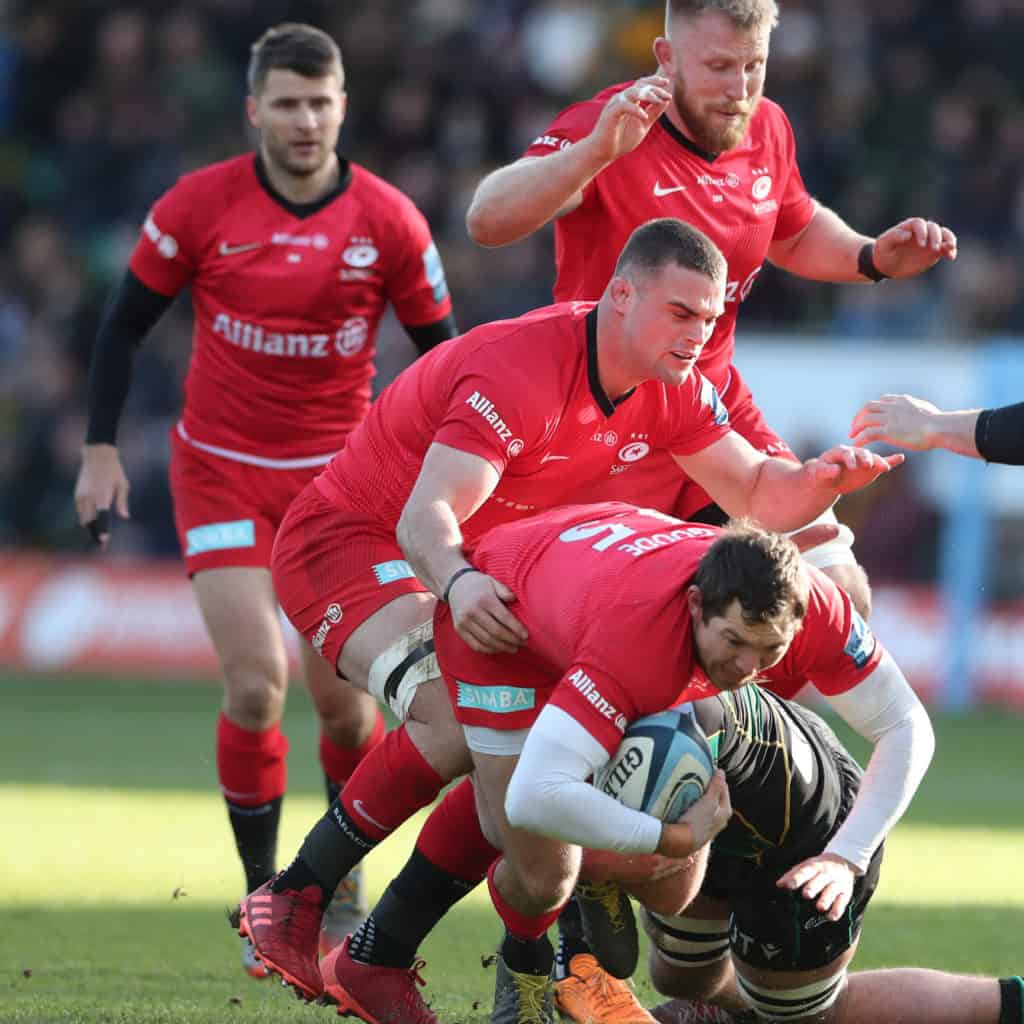 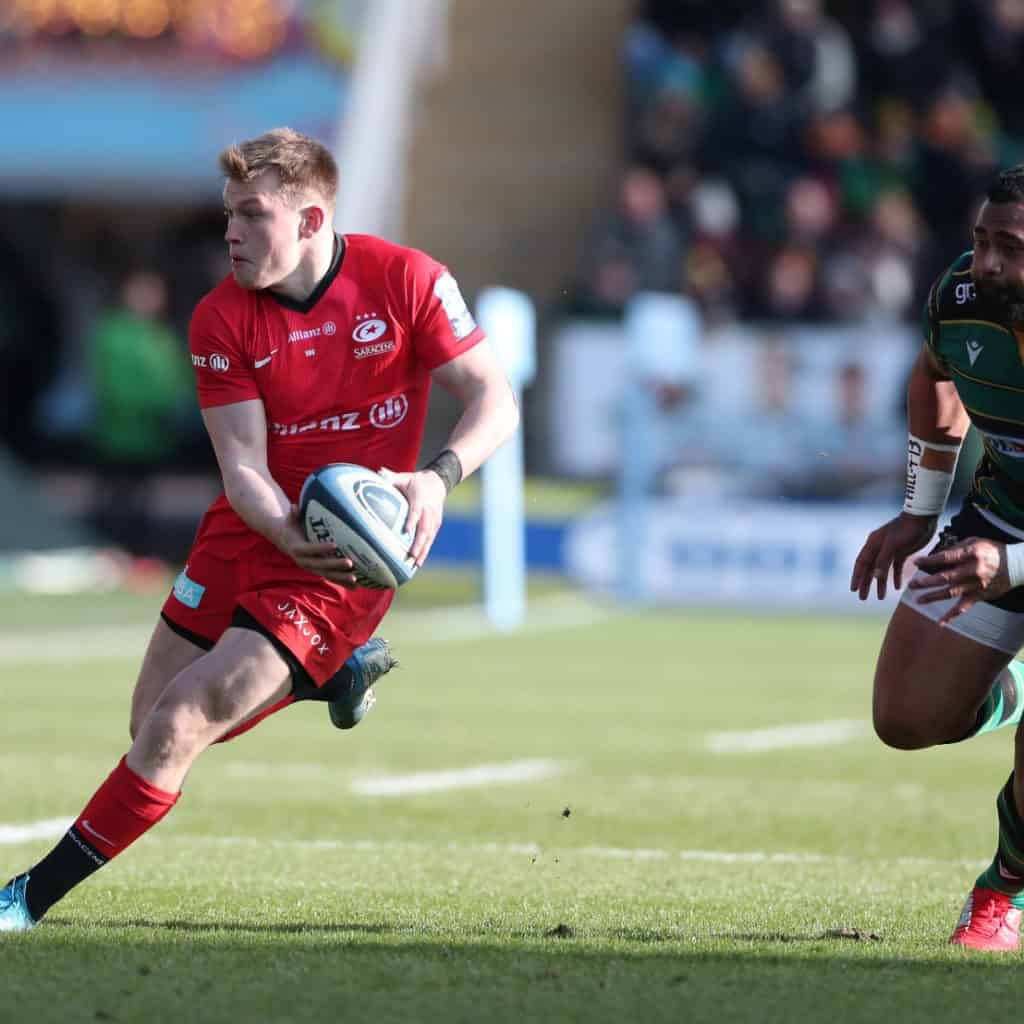 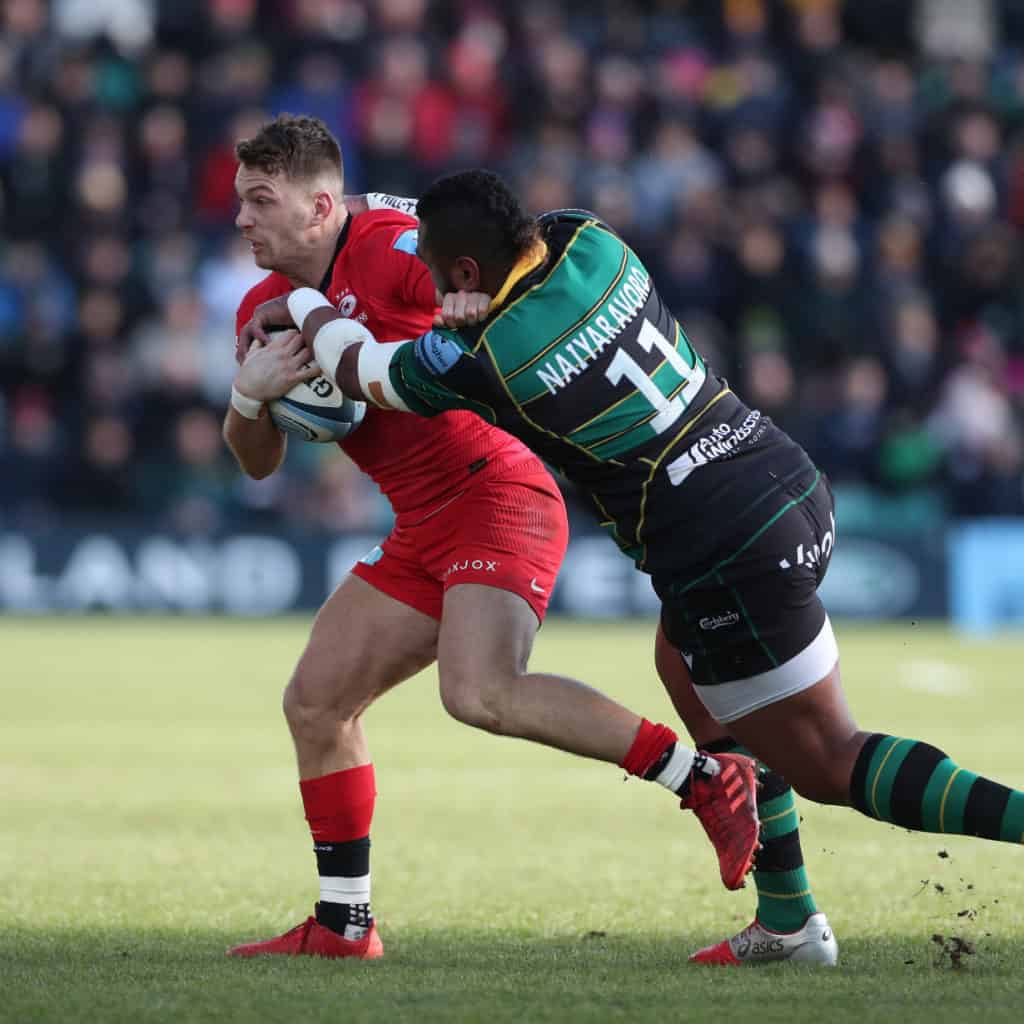 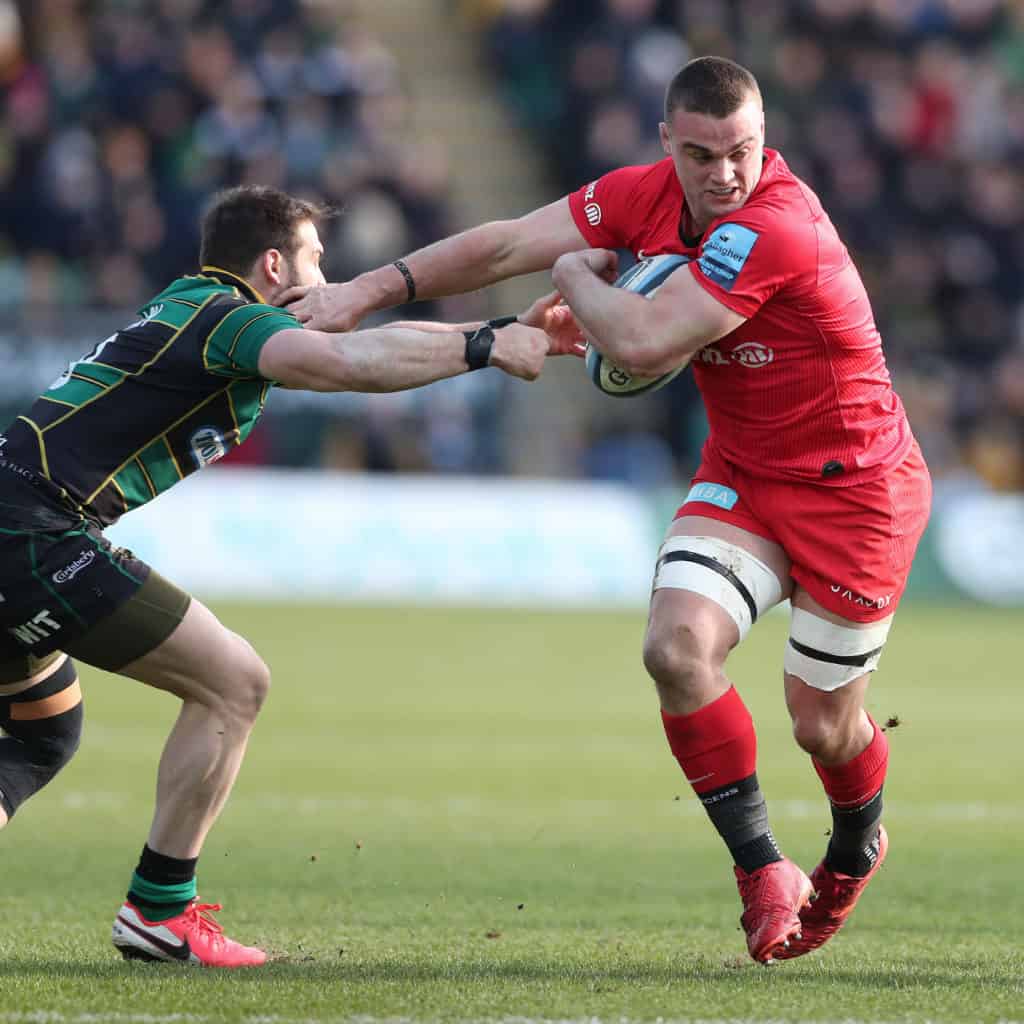 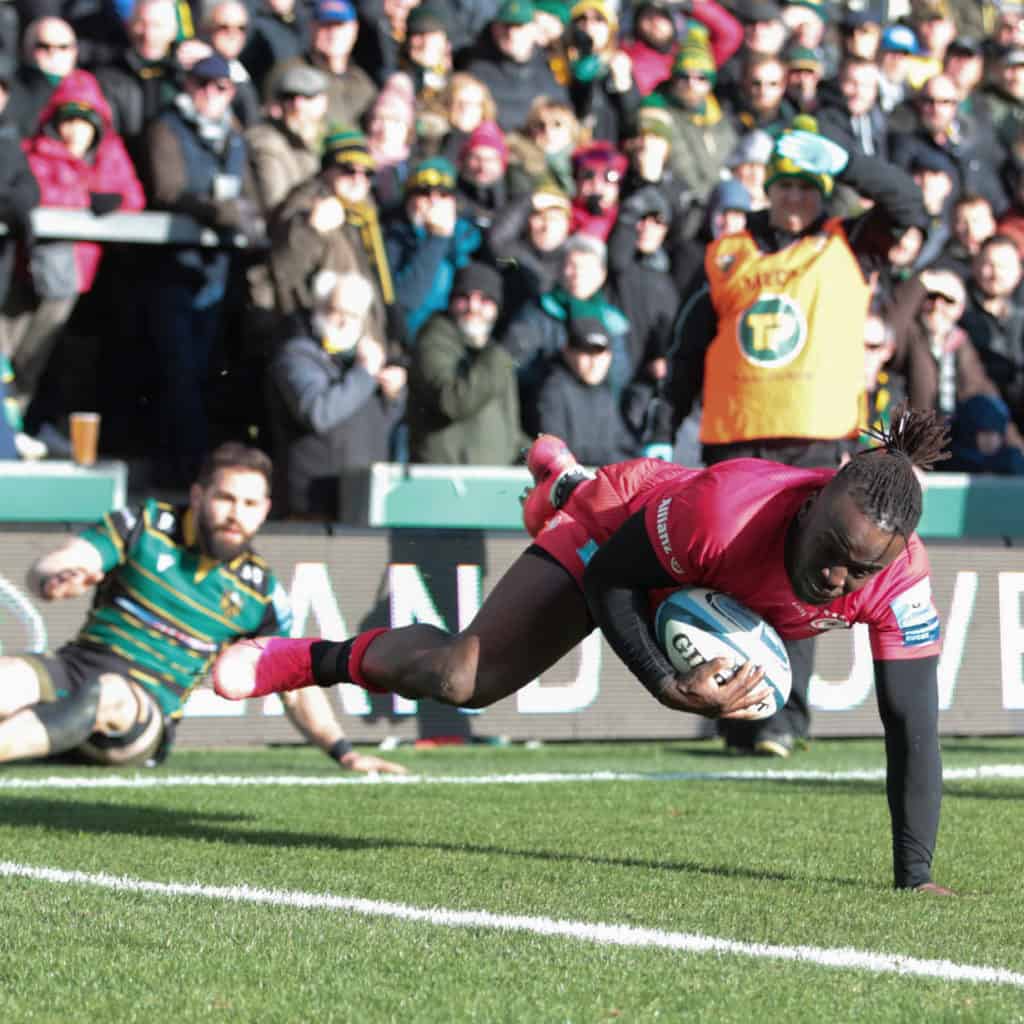 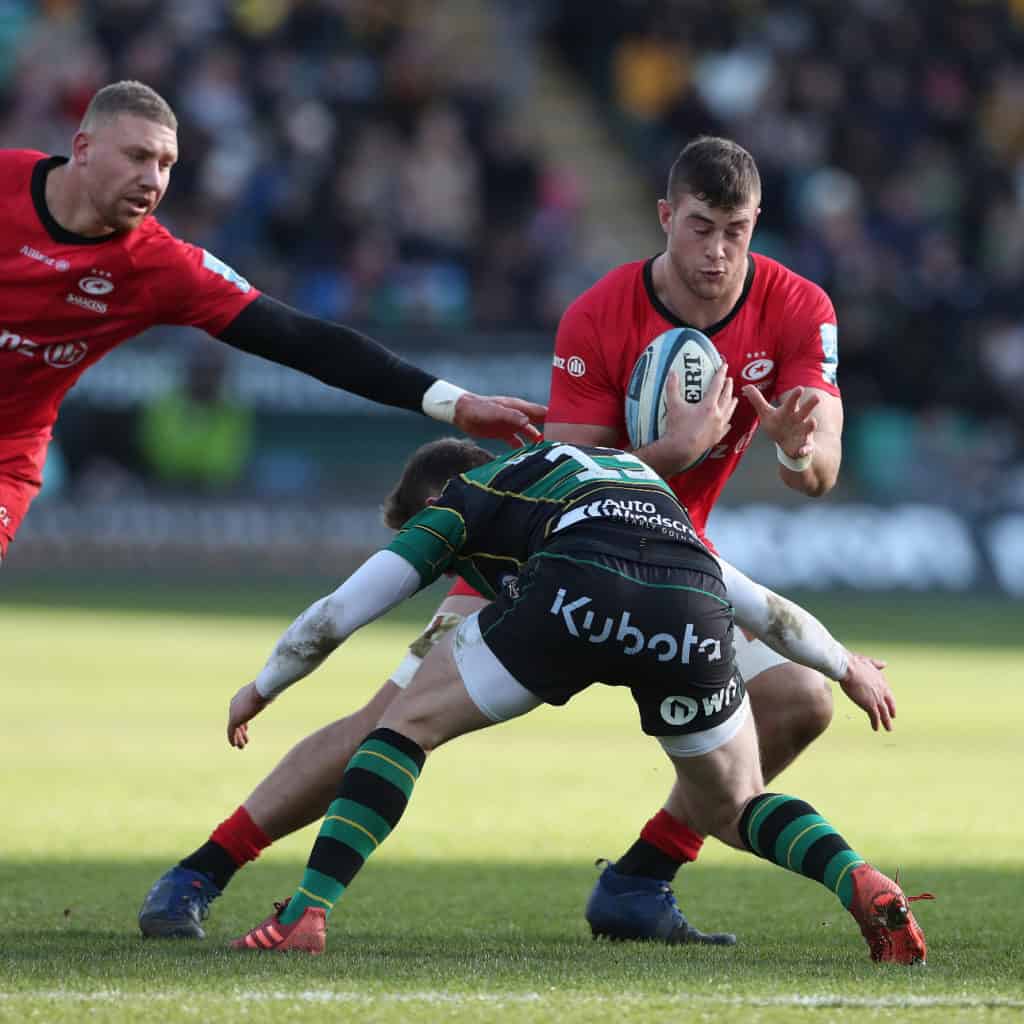 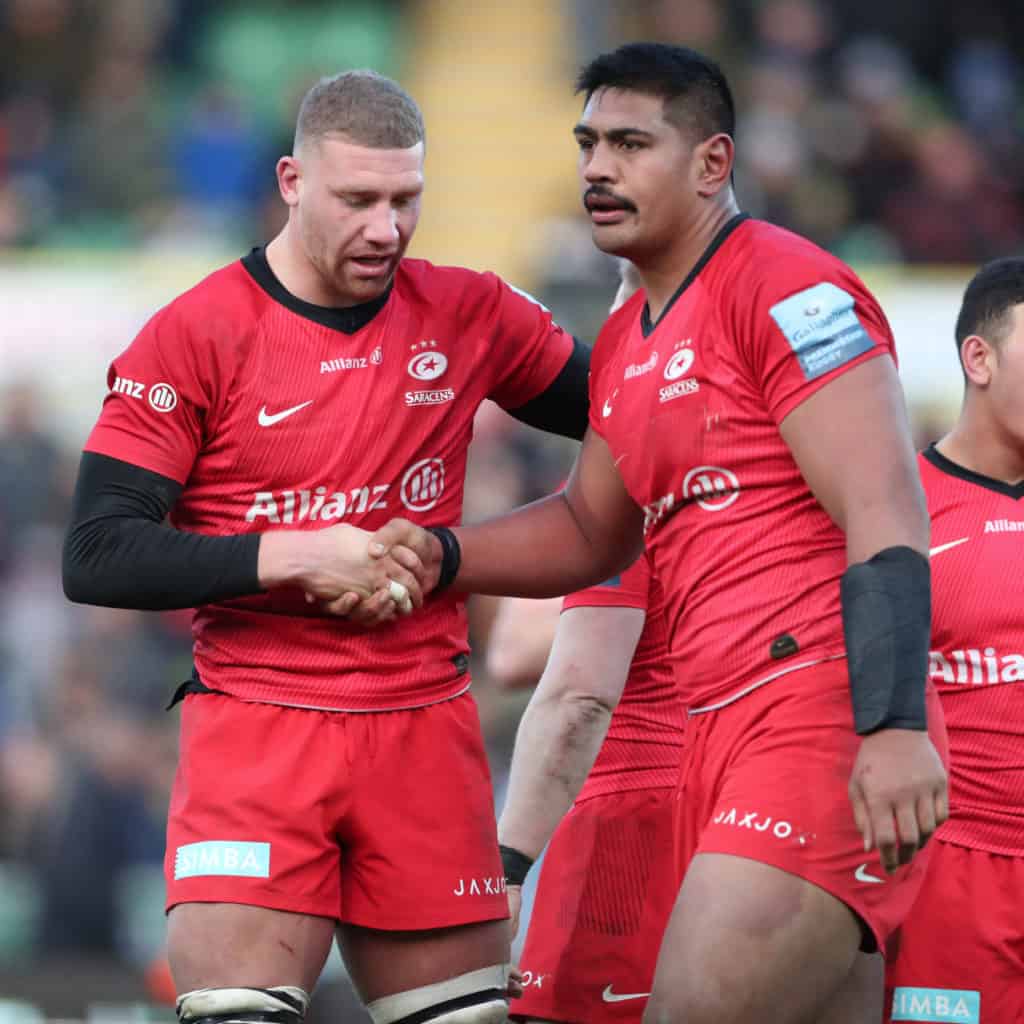 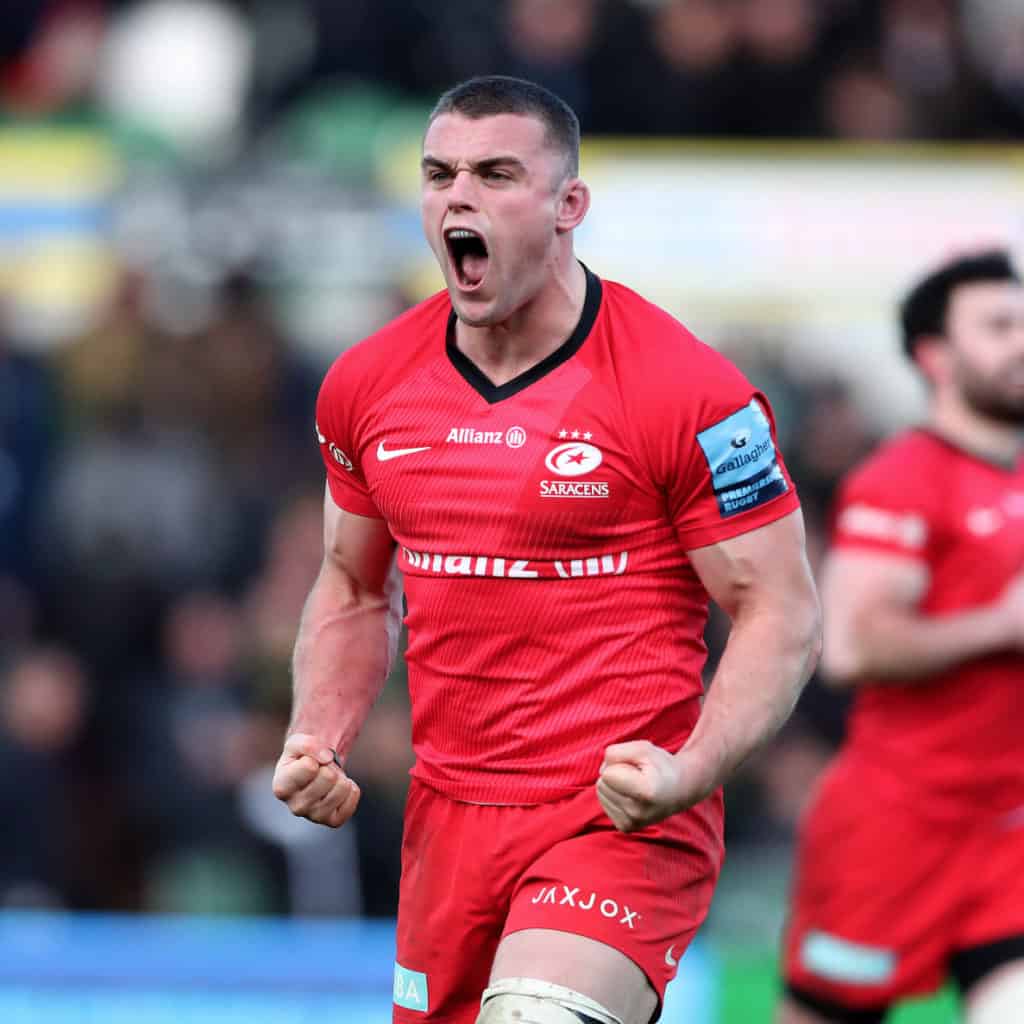 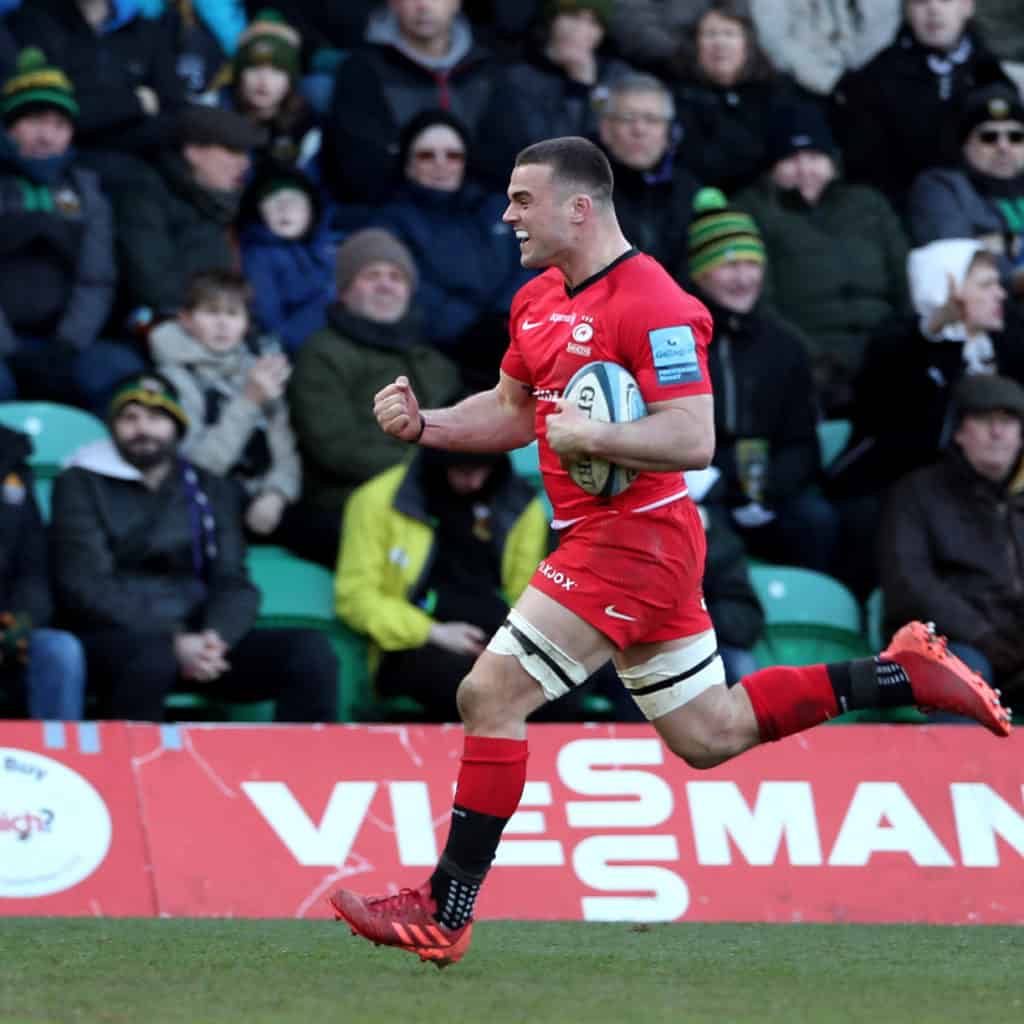 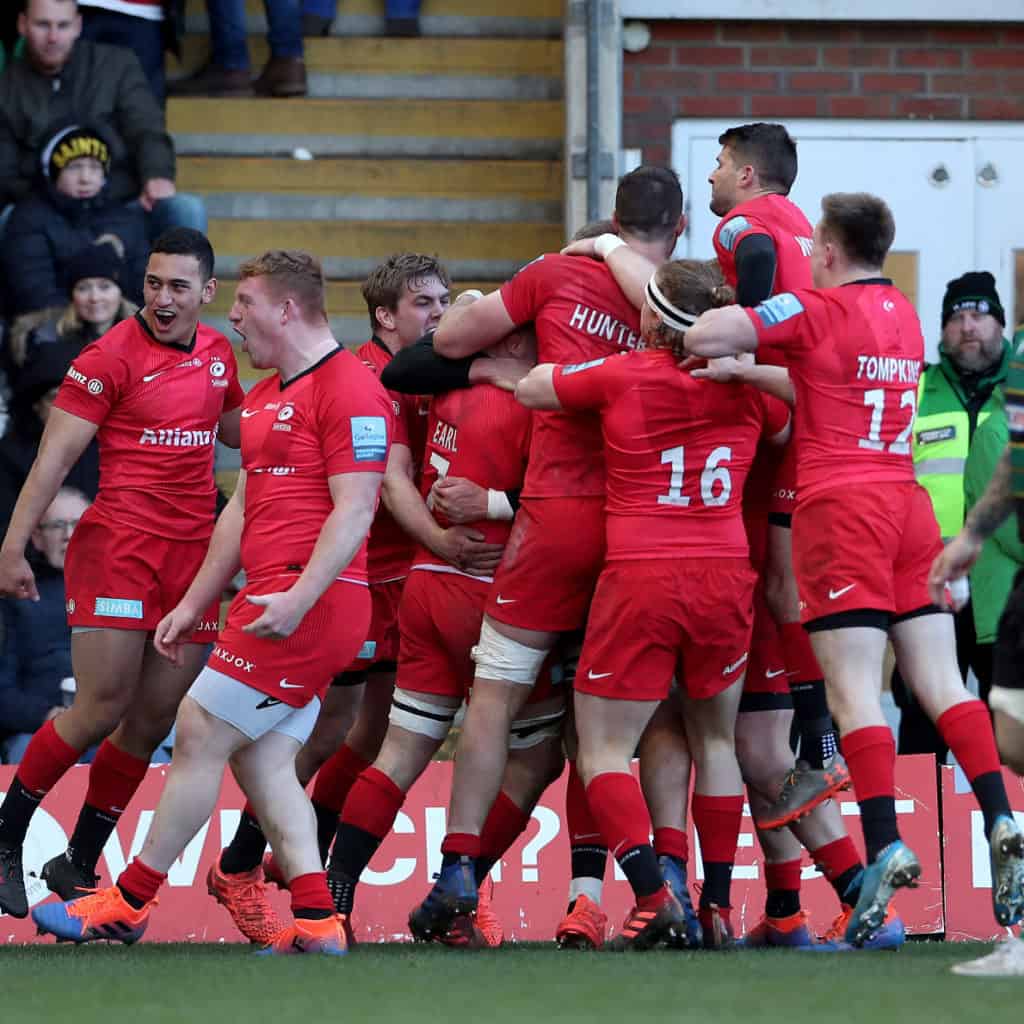 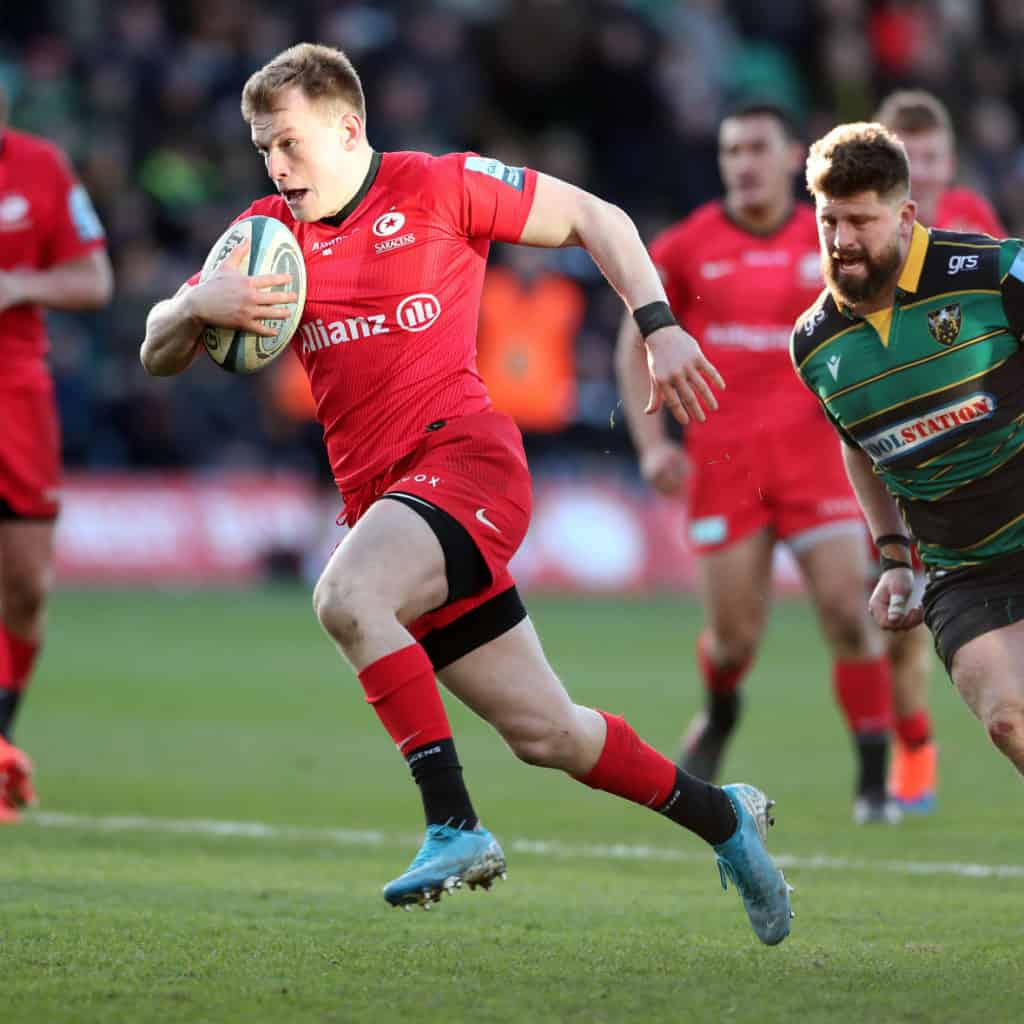 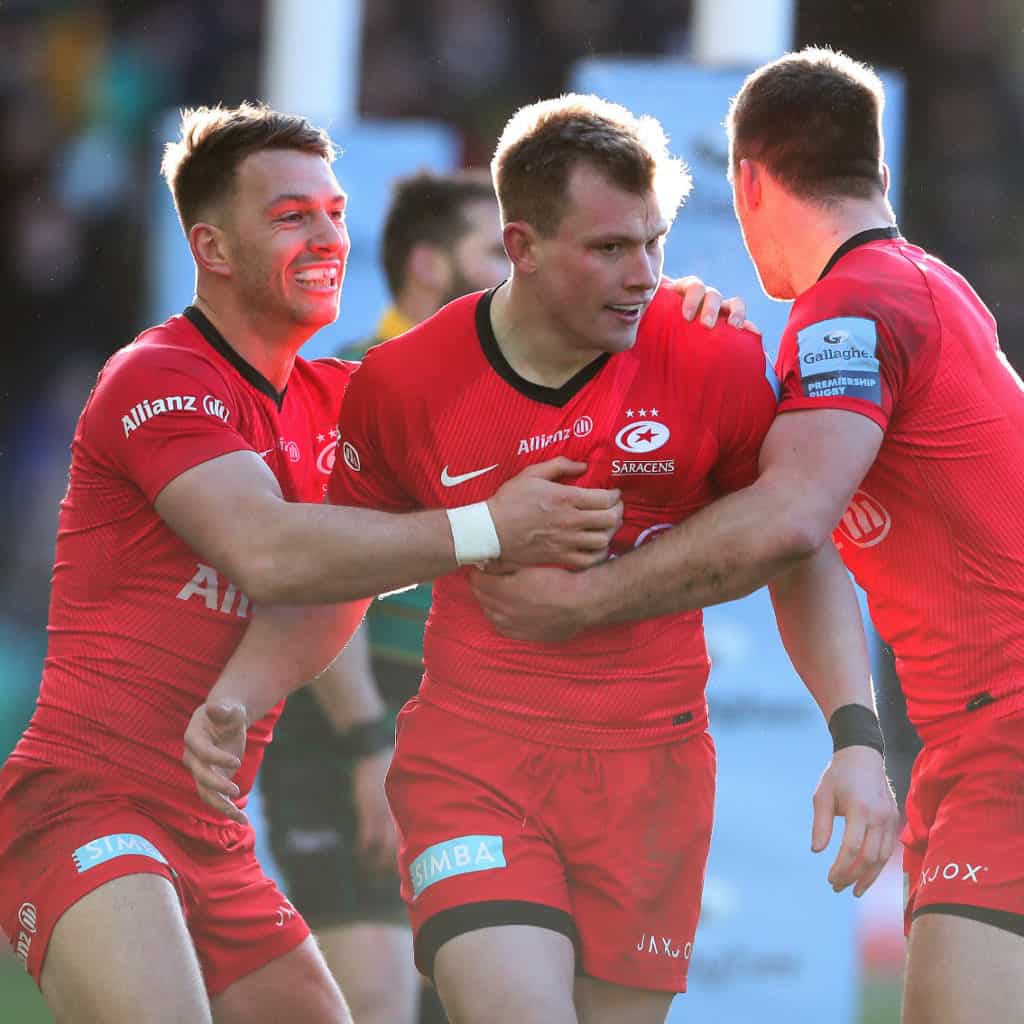 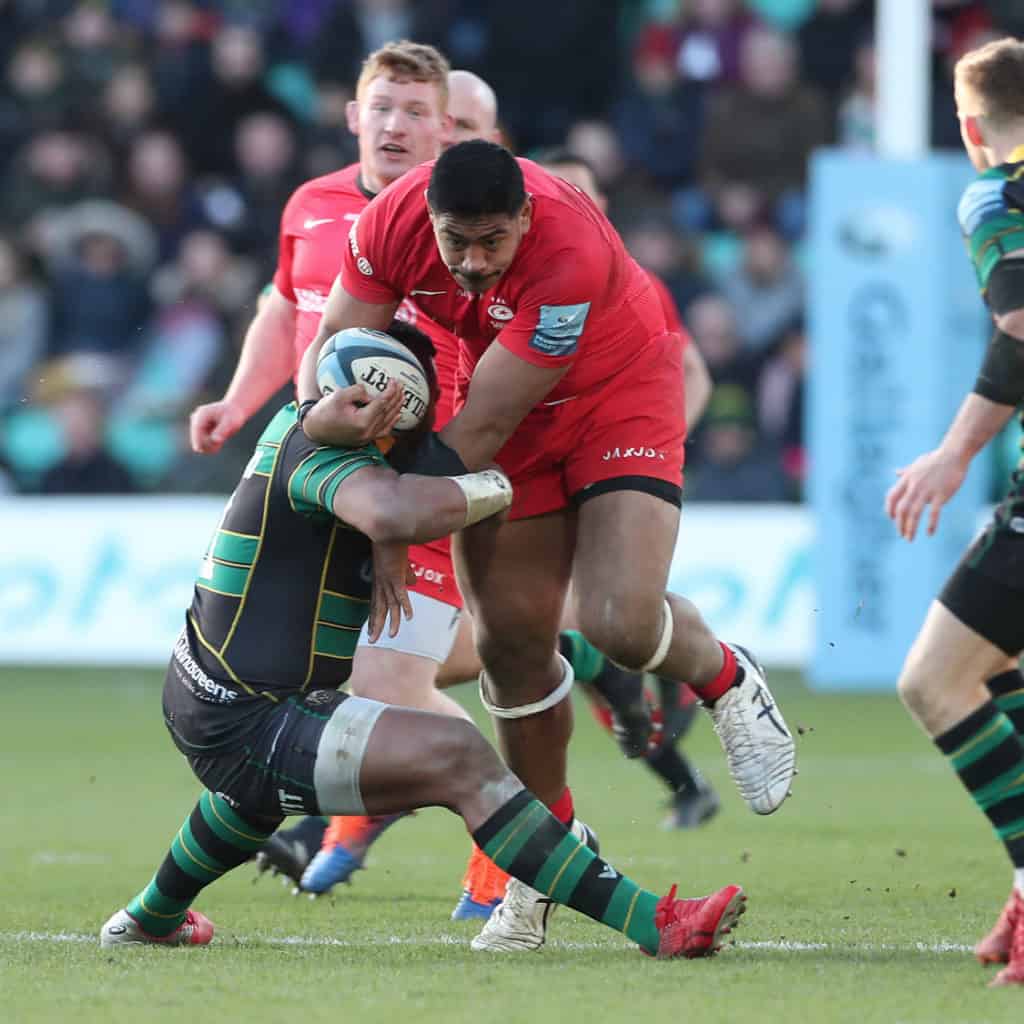 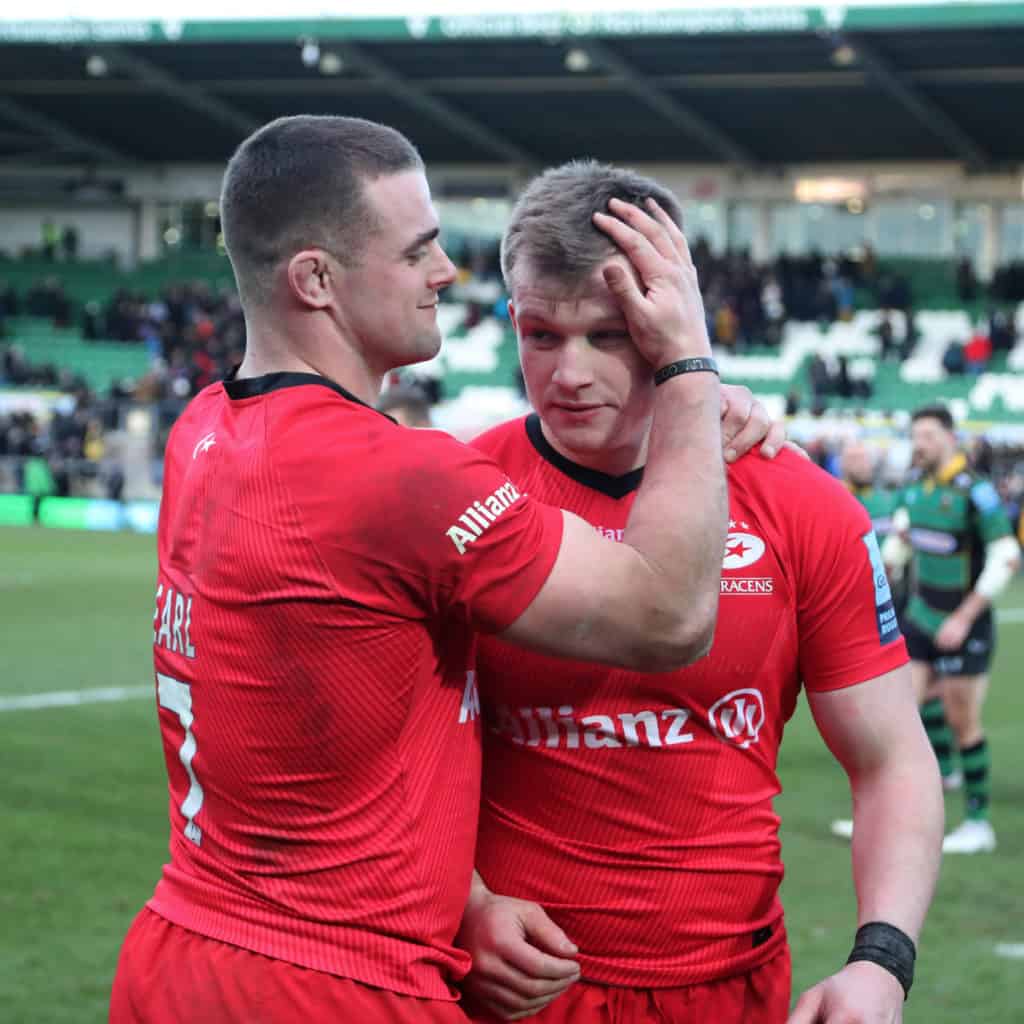 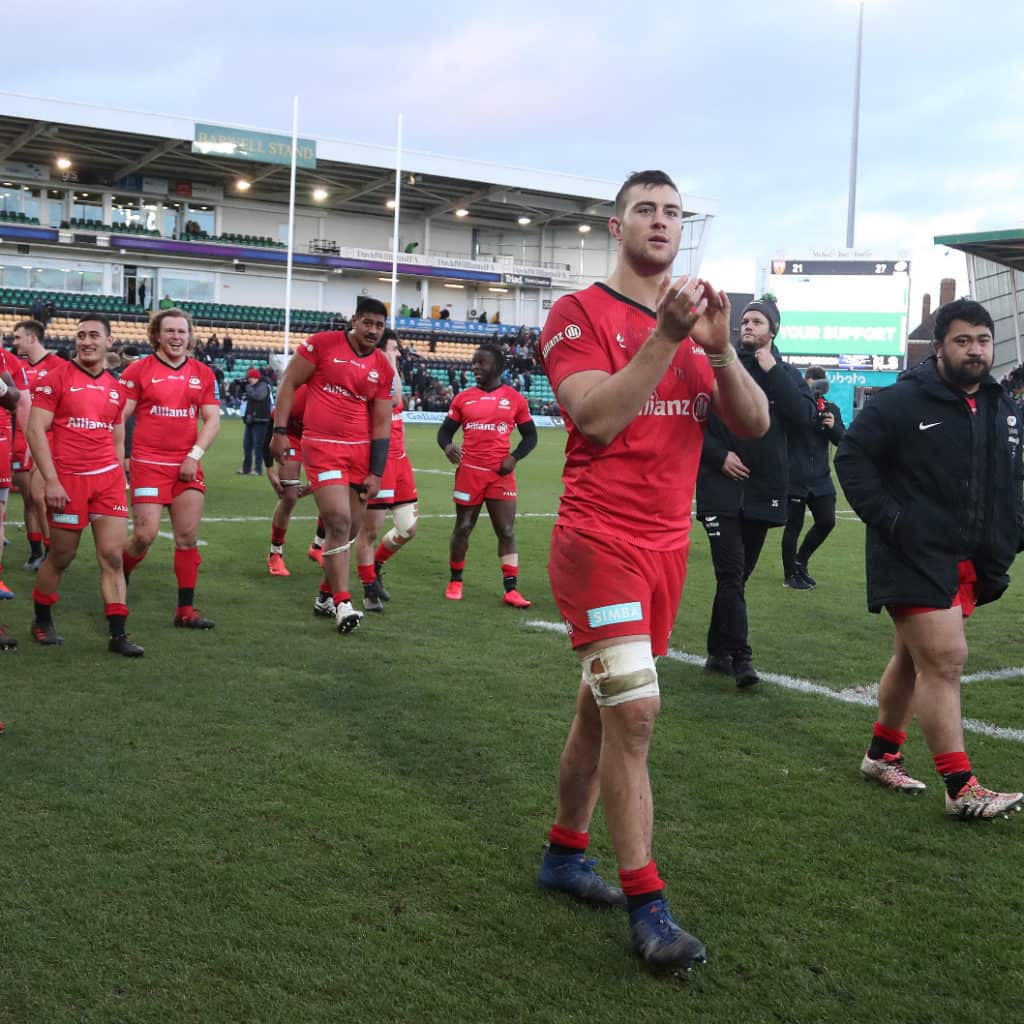