“We are really pleased to get any kind of win up here. We got our noses in front in the second half but they showed a lot of resilience to come back.”

Saracens picked up their third bonus-point victory in a row in a tightly-contested battle against Northampton Saints at Franklin’s Gardens.

Ben Spencer snuck over for Saracens third and he extended the score to 20-10 from the tee but Dylan Hartley dotted down and Biggar proved deadly from the boot either side of Alex Goode’s first three points to put matters into the home side’s hands.

The duo exchanged kicks to set up a nervy finish and David Strettle made sure of a Sarries win, skating into the corner twice late on.

Owen Farrell’s absence saw Goode selected at fly-half, but it was his counterpart Biggar who had the opportunity to shine first.

Despite being in front of the sticks, the Welshman opted to kick a penalty to the corner and it proved to be a smart option.

After Sarries were pinged at the first line-out, Biggar nudged through for Luther Burrell to flop over but the score was ruled out with referee JP Doyle blowing for an earlier infringement a split second before.

Then came a big blow for the visitors when Jamie George was penalised and binned at the next set-piece.

Several phases later, a home try. Cobus Reinach sent a rampaging Francis through a hole and there was no stopping the England international.

Biggar added three from the tee to strengthen the hosts’ advantage, but Saracens showed promise thereafter, though couldn’t break the Northampton wall to get themselves on the scoreboard until being restored to their full complement.

With no one at home, Spencer’s huge box landed inches ahead of the whitewash and Lewington demonstrated his electric pace to gather and go over.

The former London Irish wing already had three tries to his name prior to kick-off and added his fifth of the season following a strong Brad Barritt carry and a superb Mako Vunipola clearout.

The latter allowed quick ball for Goode to release Liam Williams who executed a perfect two-on-one to send in Lewington and make it 10-apiece at half-time.

Mark McCall’s flew out the blocks in the second half and took the lead for the first time. The Men in Black squeezed the home defence and after progressing from halfway, Spencer sniped his way to five points before slotting the conversion.

The scrum-half dissected the posts once more ahead of a second away sin-bin, this time Billy Vunipola sent for 10 minutes on the sideline.

Saints capitalised on his departure with Hartley burrowing over at the back of a fast-moving maul and Biggar sending the ball through the posts to make it a three-point game.

Goode furthered the gap with a tee-nudge on the hour, but replacement prop Franks barged his way to line and British and Irish Lion Biggar edged Northampton back in front only for full-back-turned-stand-off Goode to amend that moments later with his second kick.

The match continued to sway back and forth, Biggar putting the contest back in Saints’ favour but Strettle, on his return to the side, put things to bed with two tries.

The first saw him sprint into the corner from the 22 for his 50th Premiership try, the second was a result of an outstanding Williams surge leading to George feeding the ex-Clermont wing and sending the Wolfpack faithful into raptures. 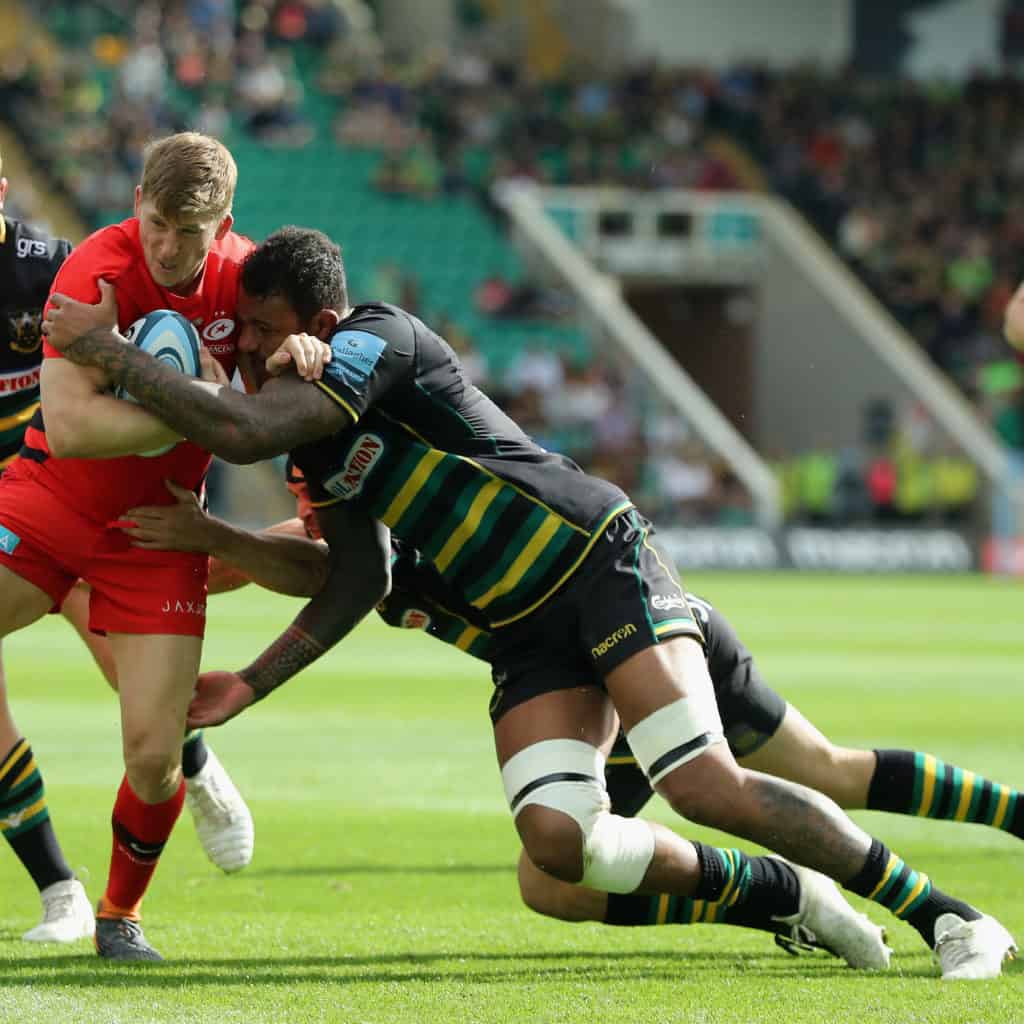 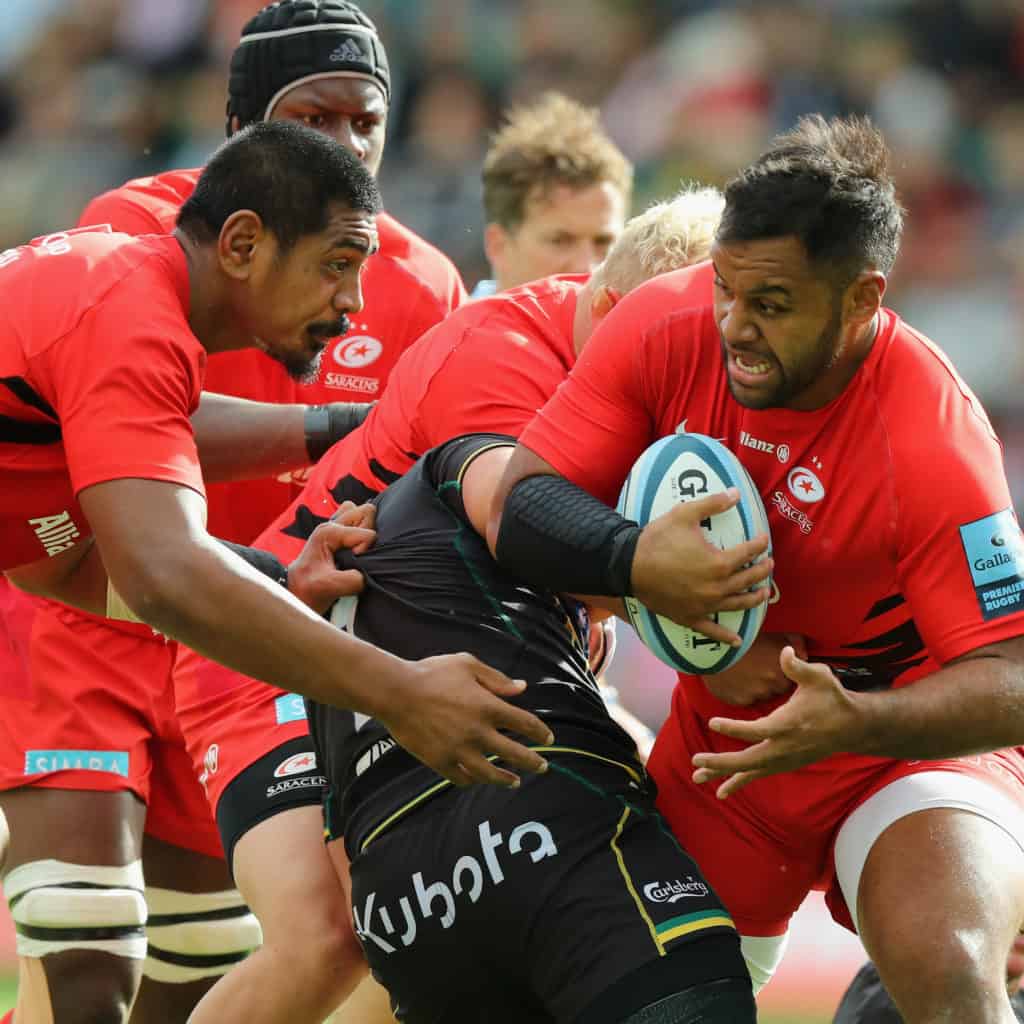 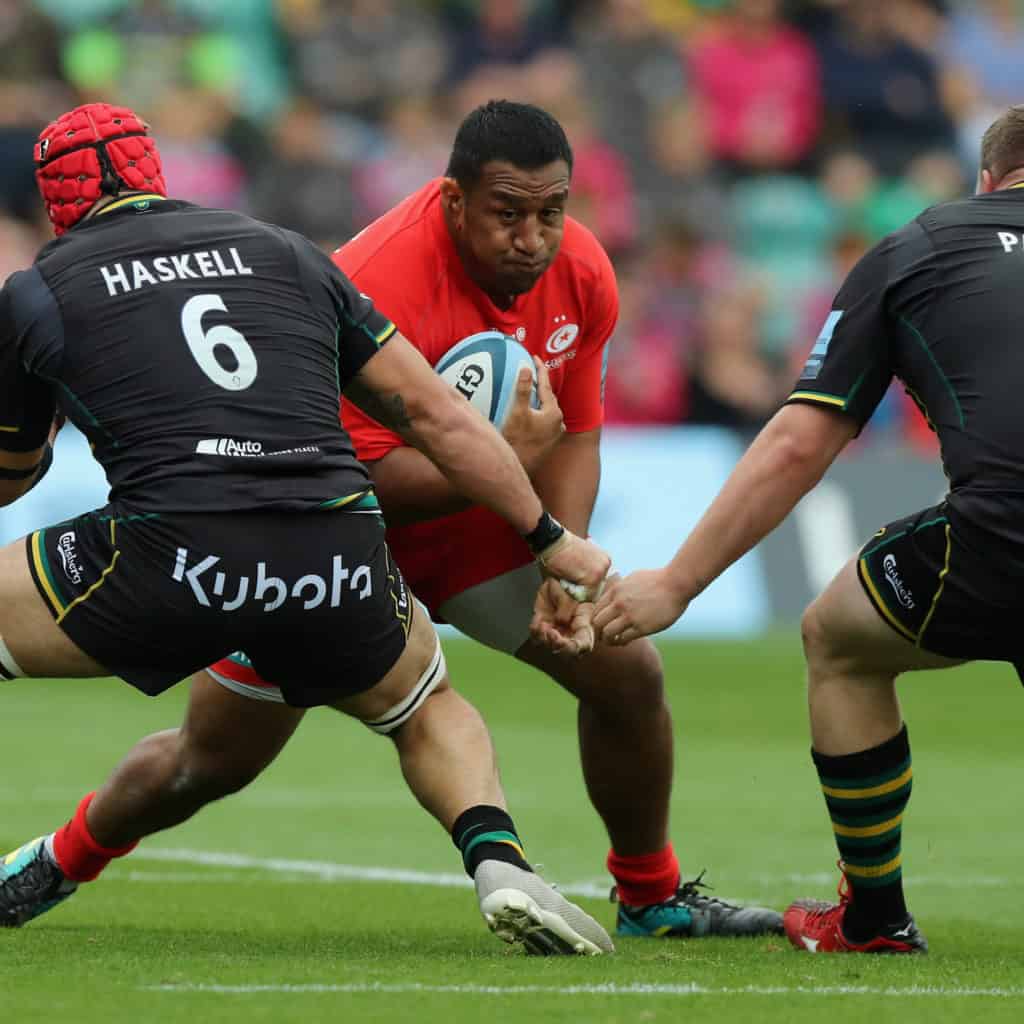 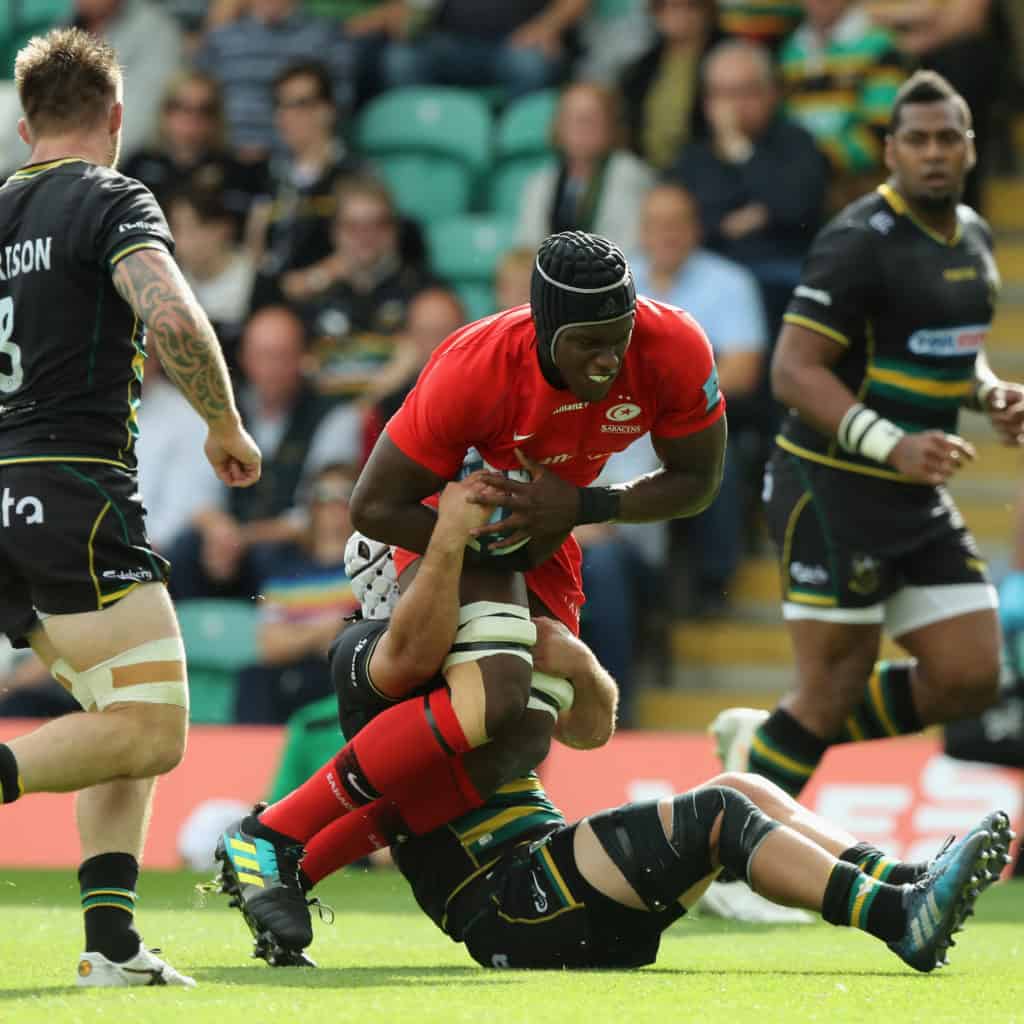 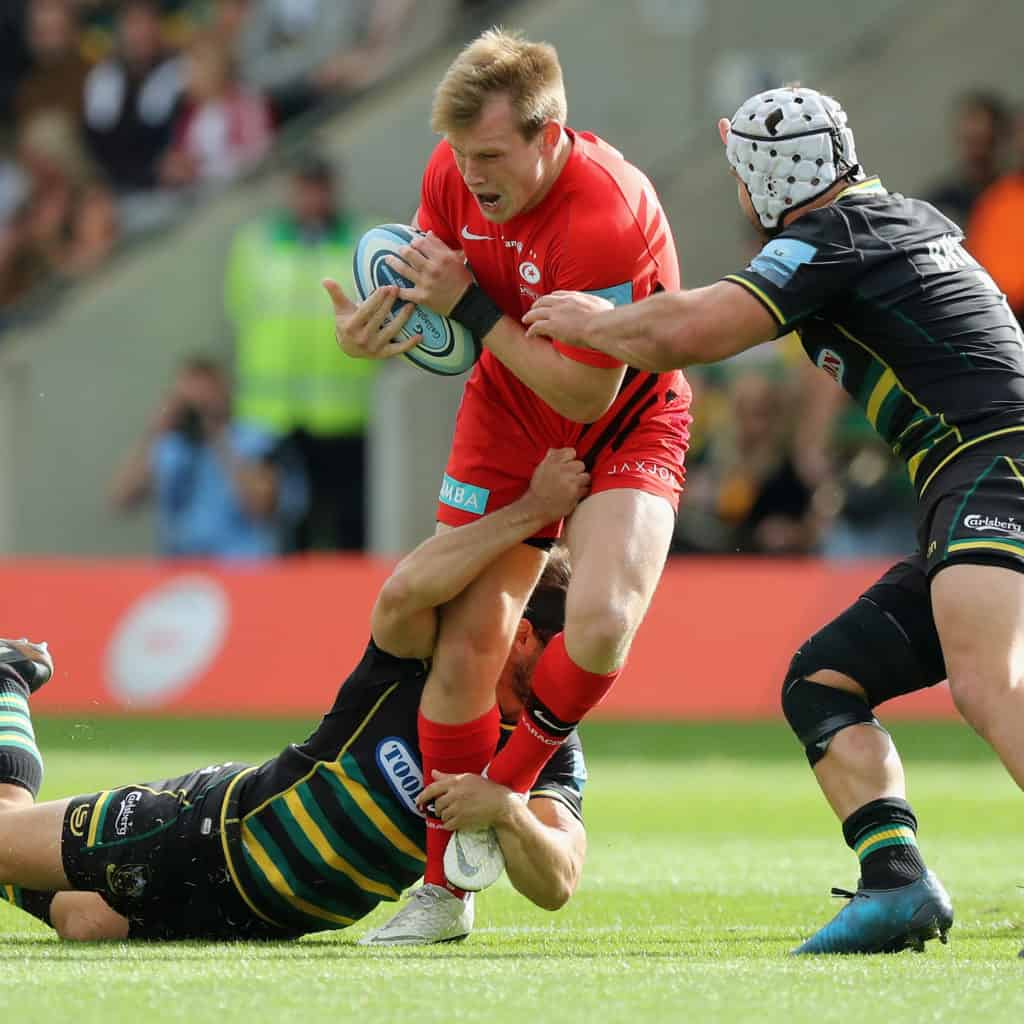 Highlights of the Gallagher Premiership Round 19 clash between Bristol Bears and Saracens at Ashton Gate.