“Racing is a difficult place to go. I’m proud of the lads and how we stuck together.” – Jackson Wray

Saracens came unstuck in the Heineken Champions Cup for the first time since April 2018 as Racing 92 recorded a 30-10 victory at Paris La Defense Arena.

Maxime Machenaud’s right foot put the home side ahead before Virimi Vakatawa and Teddy Thomas crossed either side of a long-distance Ben Spencer kick.

A breakaway score for Alex Lozowski narrowed the gap between the two teams but not for long as Finn Russell and Wenceslas Lauret earned the French outfit a try-bonus and the win.

Machenaud made up for an early mishap from the tee with three points on six minutes and the scrum-half went on to be the orchestrator of Racing’s first try.

Picking from the base of a ruck, the France international’s soft, flat pass was crashed on to by Vakatawa and the centre trotted underneath the sticks.

At 10-0 down Saracens began to make their maiden imprint on the match. Rhys Carre on debut went on a barnstorming run up the left wing and Matt Gallagher followed similar on the right after a sublime Ben Earl burst and offload.

Rotimi Segun, on his first European outing, also stretched his legs and just when it looked as though he would grab a score, the play was brought back for crossing thus ending Sarries momentum.

Racing kept the scoreboard ticking with another shot at goal from Machenaud before Spencer’s monster boot got the visitors on the board.

Though the 10-point margin was short-lived as stereotypical French flair saw Thomas sneak over on the right flank.

In a bid to get back into the contest, Saracens twice opted out of kickable penalties instead nudging to the corner and although Racing kept them at bay, they did get across the whitewash 10 minutes into the second period.

Nick Tompkins stripped Russell of the ball, raced into an open field and played in centre partner Lozowski with Spencer adding the extras.

The Parisians replied in the best possible manner. Russell ghosted through a hole in the Men in Black’s defence to gratefully dot down and Lauret burrowed home to further extend the host’s advantage and finish any hopes of a spectacular comeback. 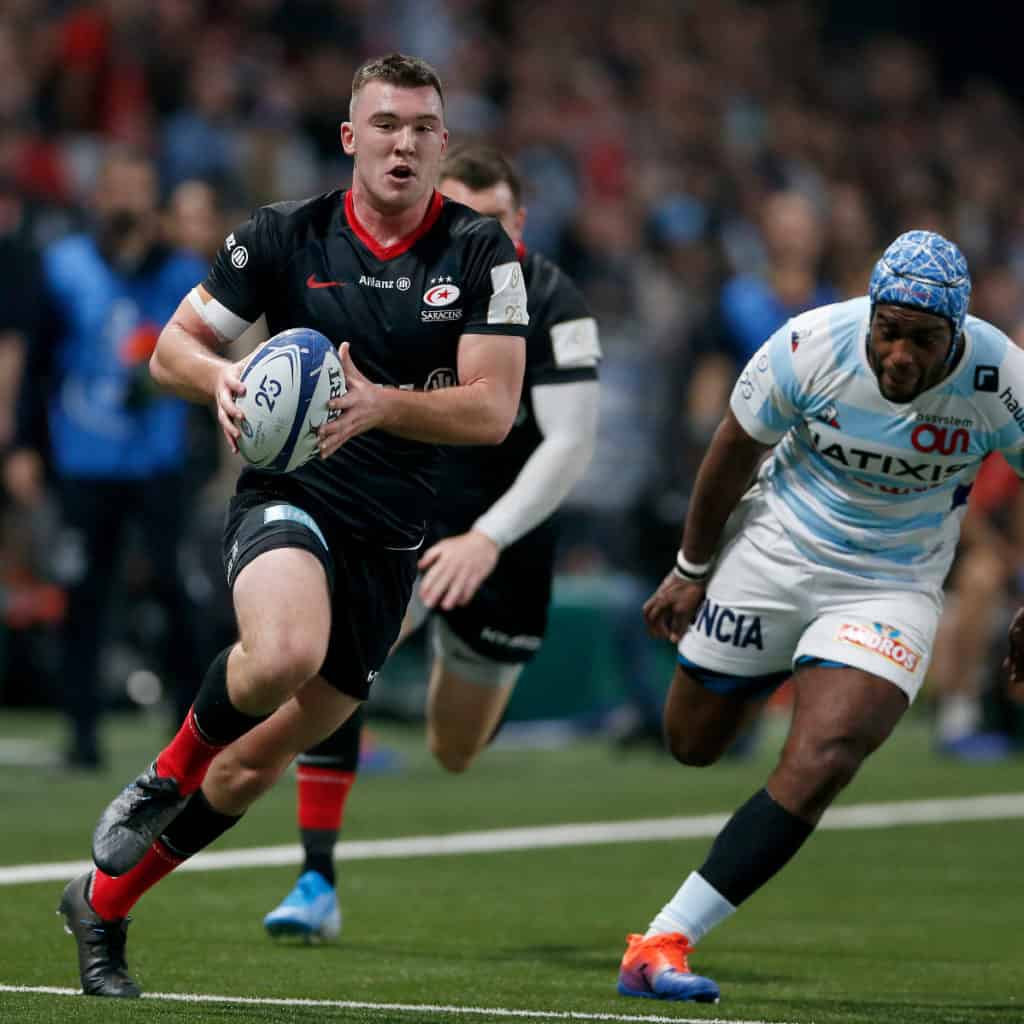 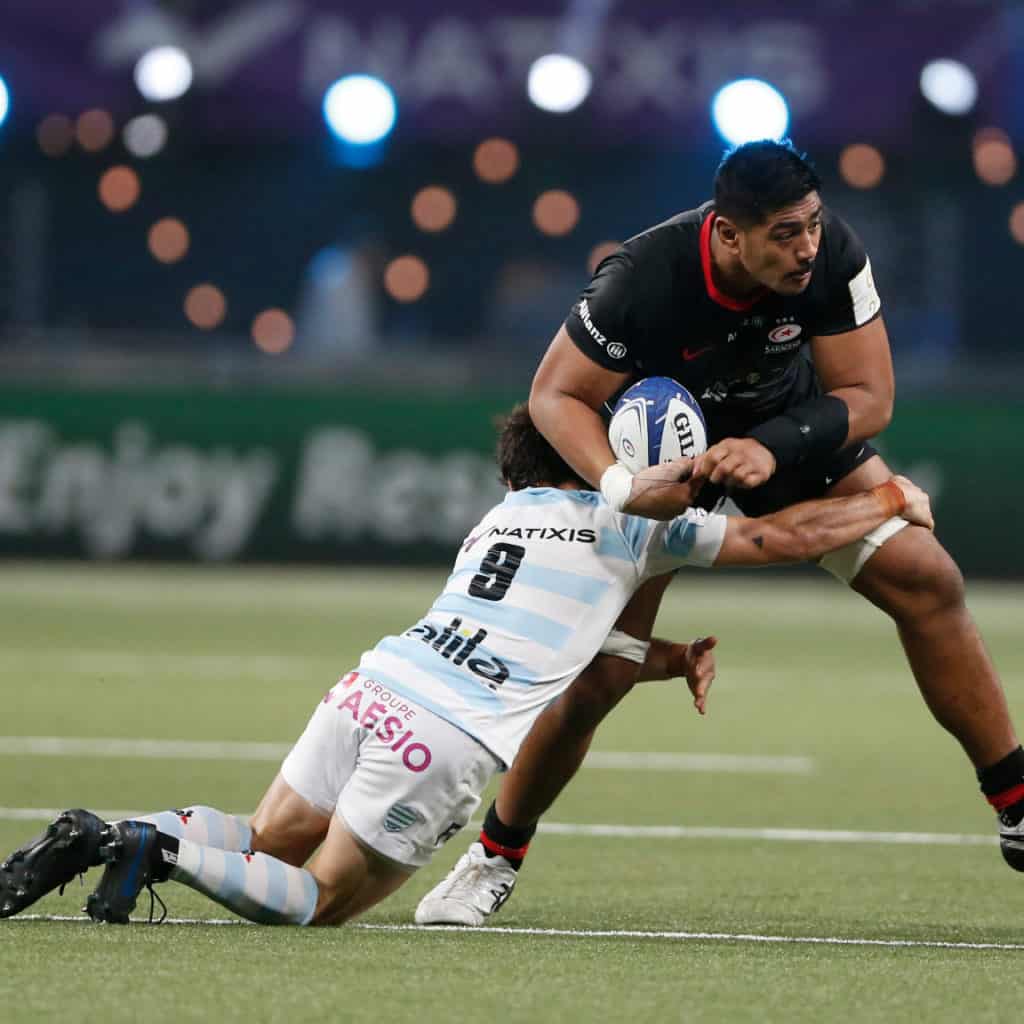 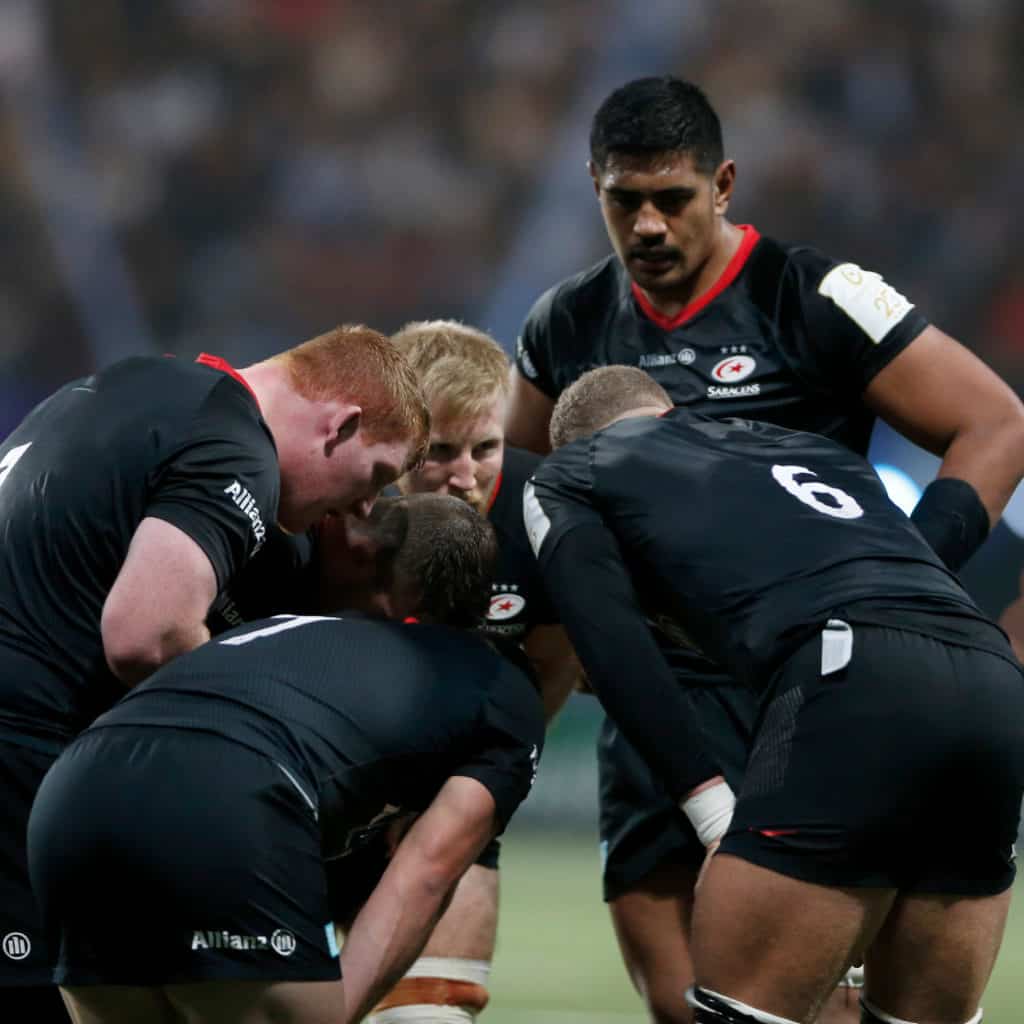 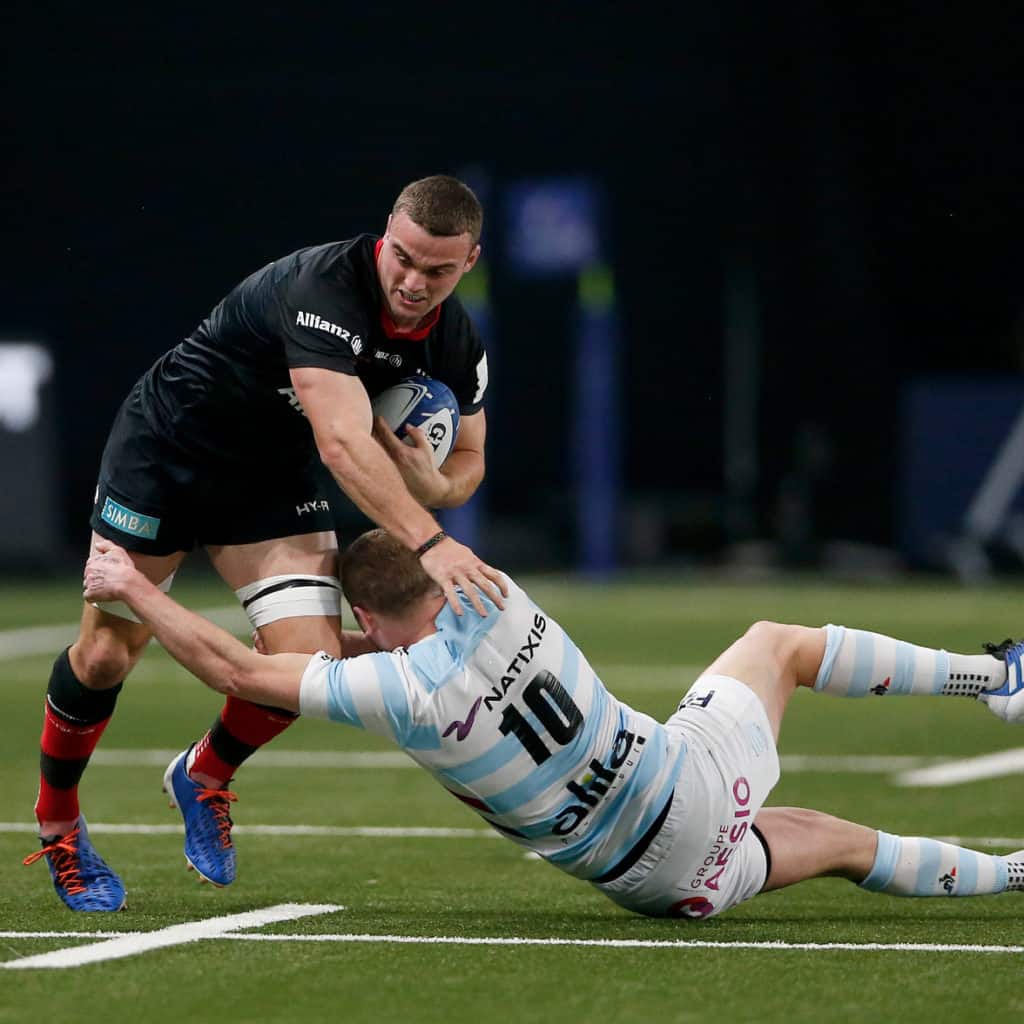 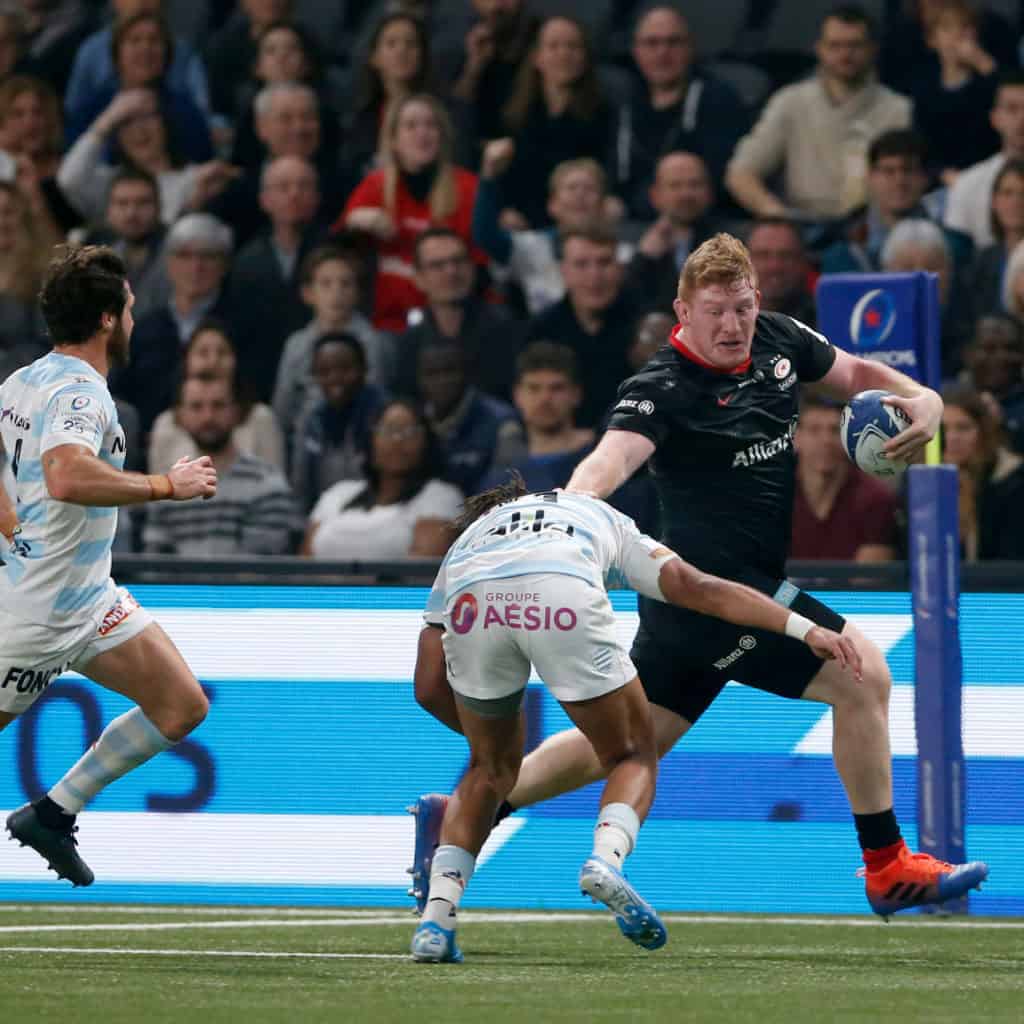 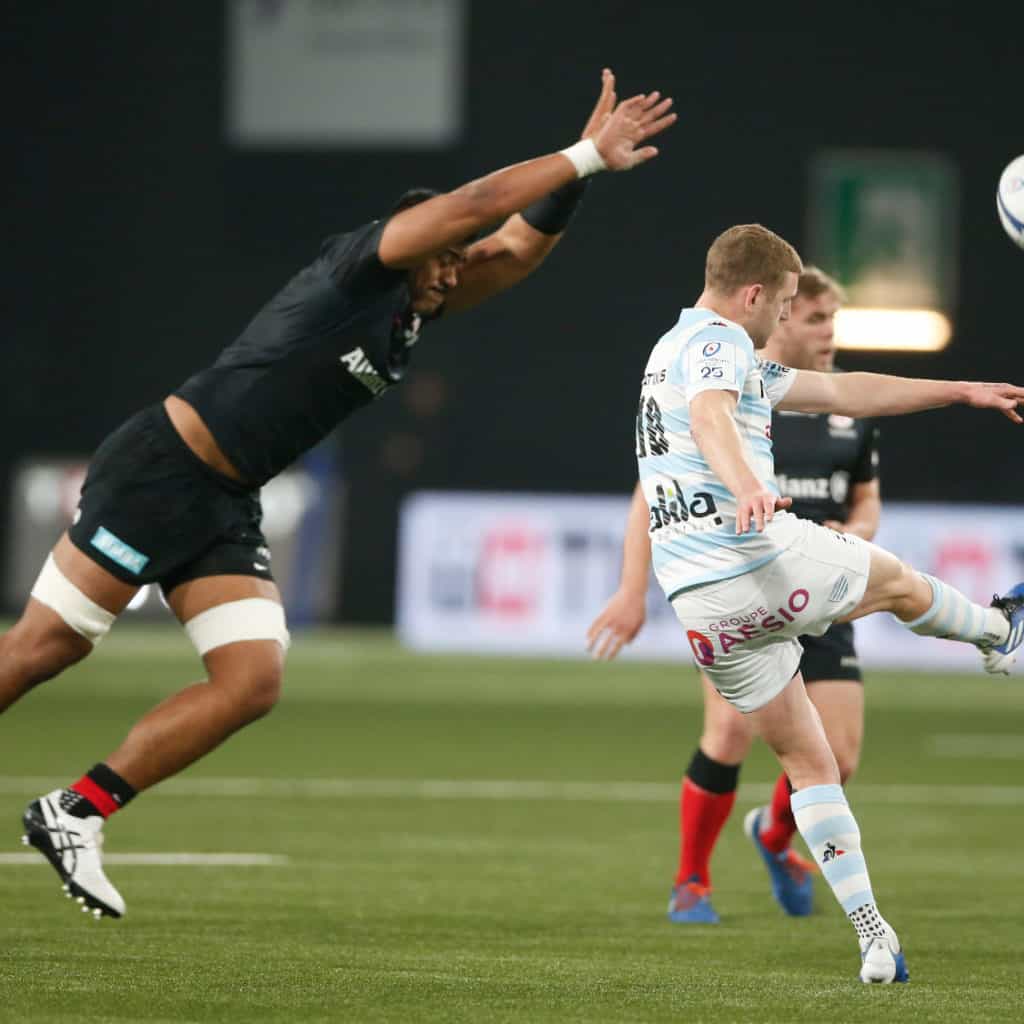 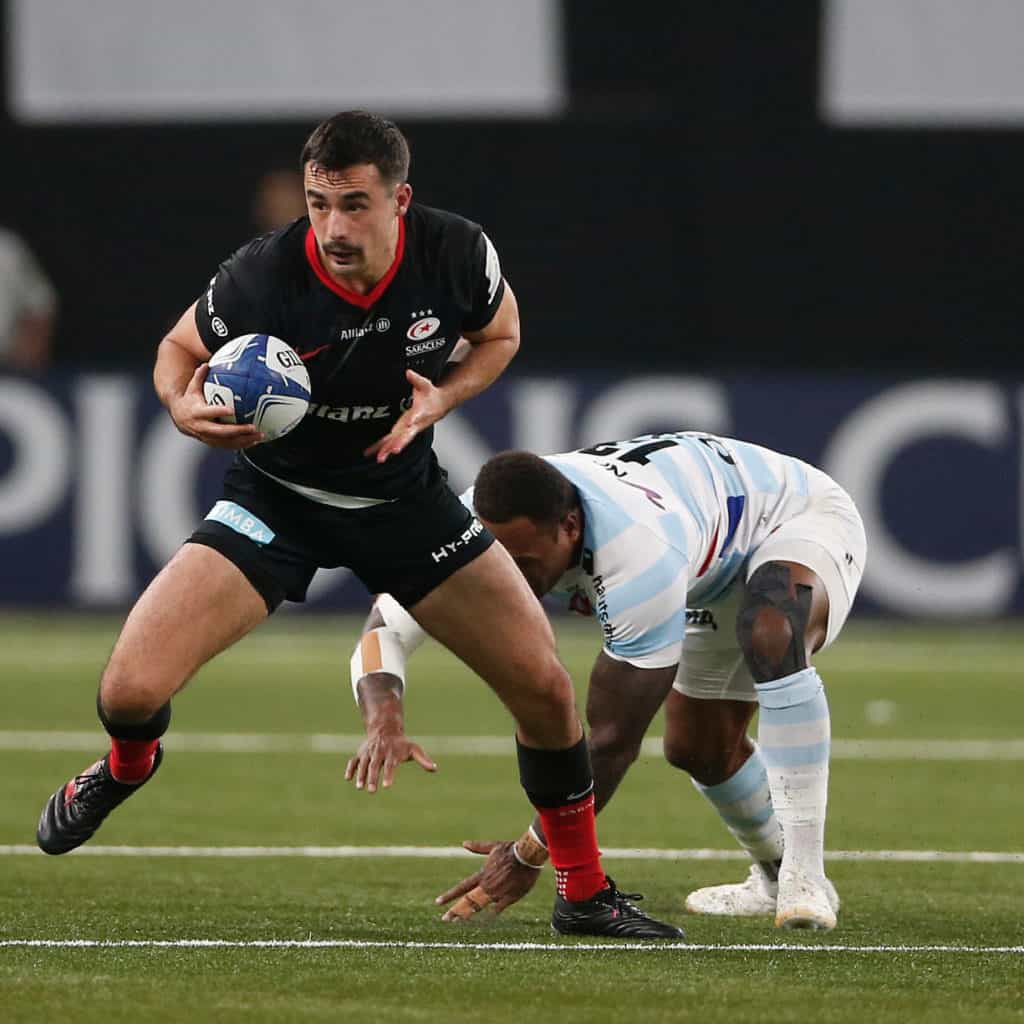 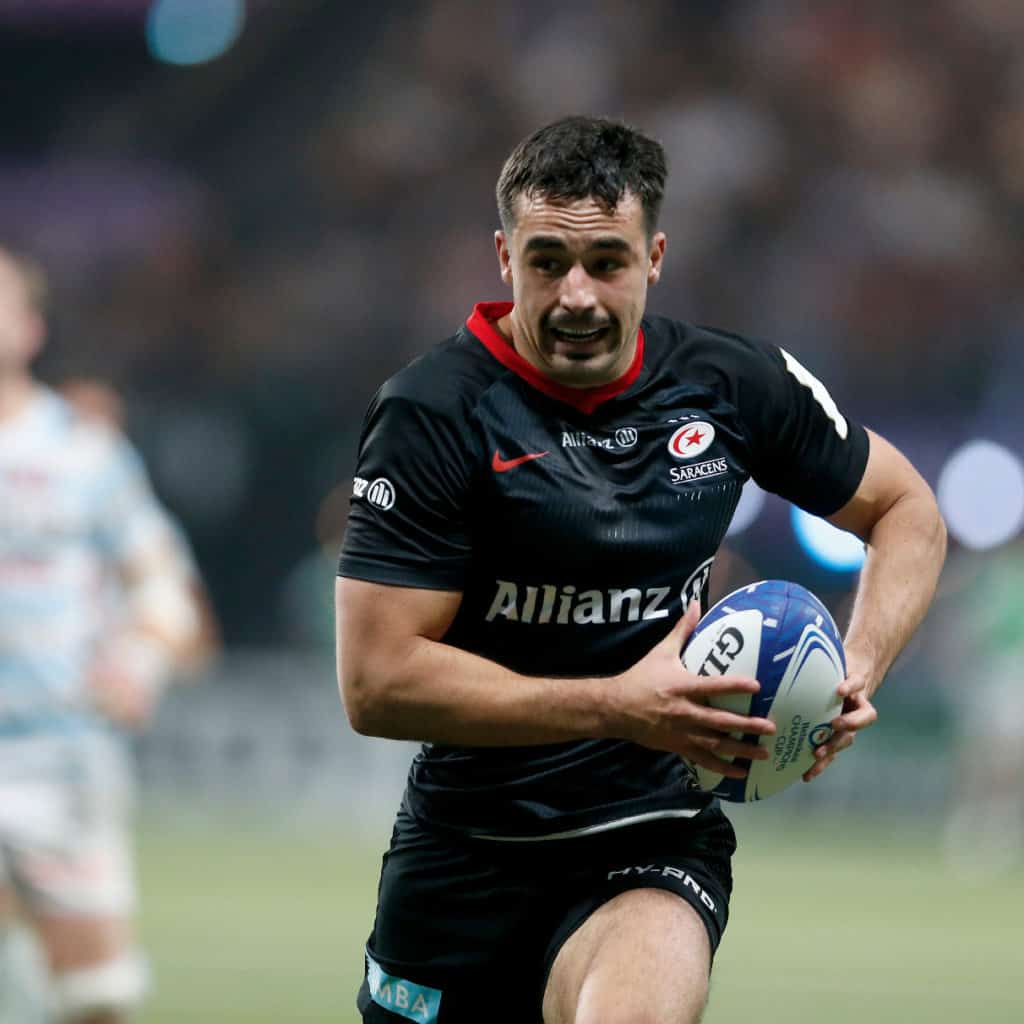