“The result has not gone our way but we’ve shown how together we are and just how much we want to play with each other.” – Ali Crossdale

A youthful Saracens side battled hard at the AJ Bell Stadium but came unstuck against an experienced Sale Sharks outfit in the Premiership Rugby Cup semi-final.

The hosts raced into an early lead courtesy of Denny Solomona and Will Cliff tries, and Ben Curry’s converted score made it 21-0 at the break.

Replacement Rotimi Segun sped in to pull one back for Sarries, though it proved in vain as Akker van der Merwe flopped over to secure victory and a place in the final for Sale.

Steve Diamond’s men went on the hunt for five points from the outset and capitalised inside two minutes.

After Saracens let the kick-off bounce, the Sharks gathered and after several phases Solomona squeezed into the corner.

However, Sale punished the visitors once again after possession was conceded. From their own 22, the Mancunians raced up the left through Marland Yarde who fed Cliff for a gimme.

Alex Goode, on his return from a four-month lay-off, produced some dazzling footwork and a precise grubber to nearly send Matt Gallagher crashing over and the full-back-turned-fly-half galloped on a second time in quick succession to get Saracens in behind the Sale defence.

Tom Woolstencroft showed his physicality and was backed up by Joel Kpoku and Sean Reffell. Edging closer, it was the fine margins in Sarries’ attack which seemingly let them down in their search of getting on the scoreboard.

The second half saw a brighter start for Adam Powell’s side and a stunning Alex Lozowski pass to Ali Crossdale allowed the wing to hurtle towards the whitewash only to be hauled down by a decent cover tackle.

The Men in Black eventually reaped the rewards of the pressure they put Sale under. Goode’s high punt was picked up by Segun and the Academy graduate ghosted away from all white shirts to scoot under the sticks.

Goode was then binned for slowing the ball down and van der Merwe made the extra man count. Then Alex Day was shown yellow for a high tackle, and with 13 men, Saracens displayed excellent Wolfpack mentality to ensure the second period ended seven apiece.

It wasn’t to be for Sarries on this occasion but it was a night to be proud as 18 Academy products took to the field and there was a debut for young Ollie Stonham too.

A solid Premiership Rugby Cup campaign over and all the best to Sale in the final. 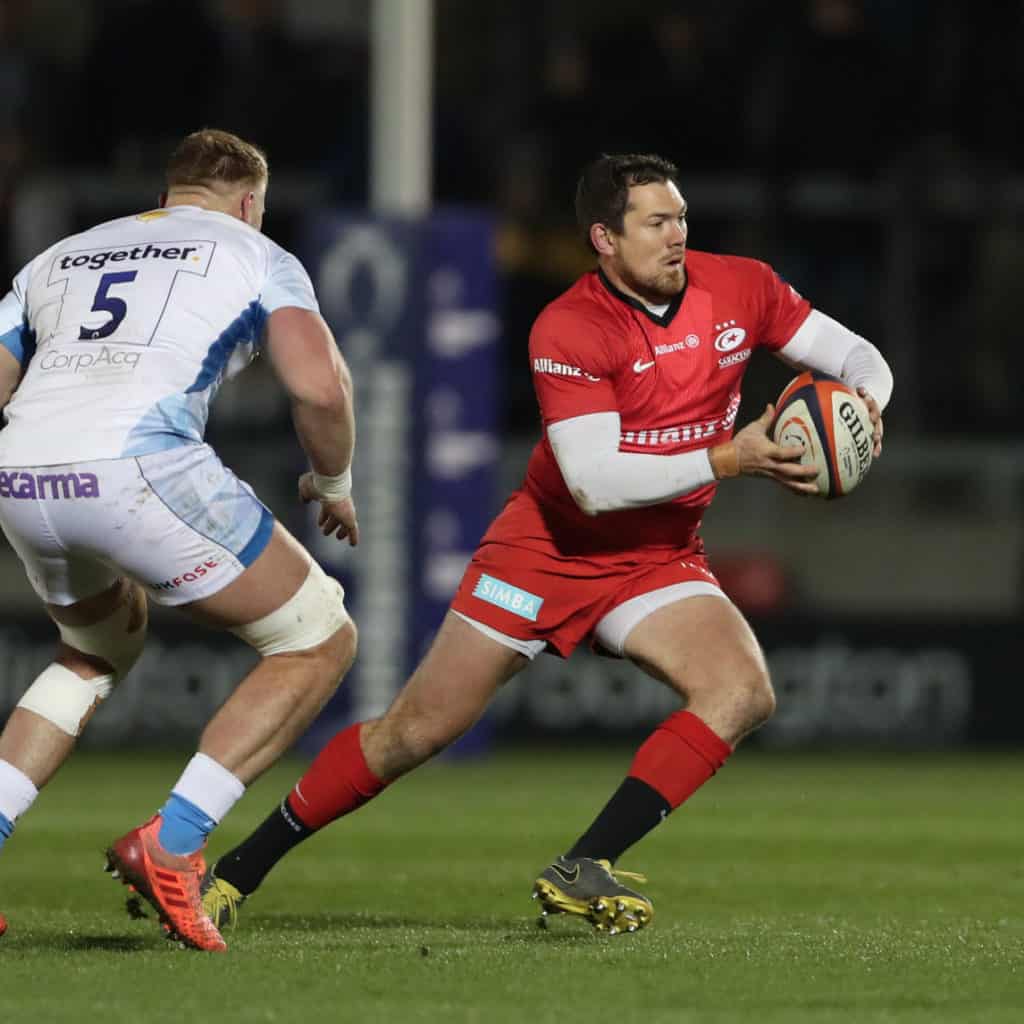 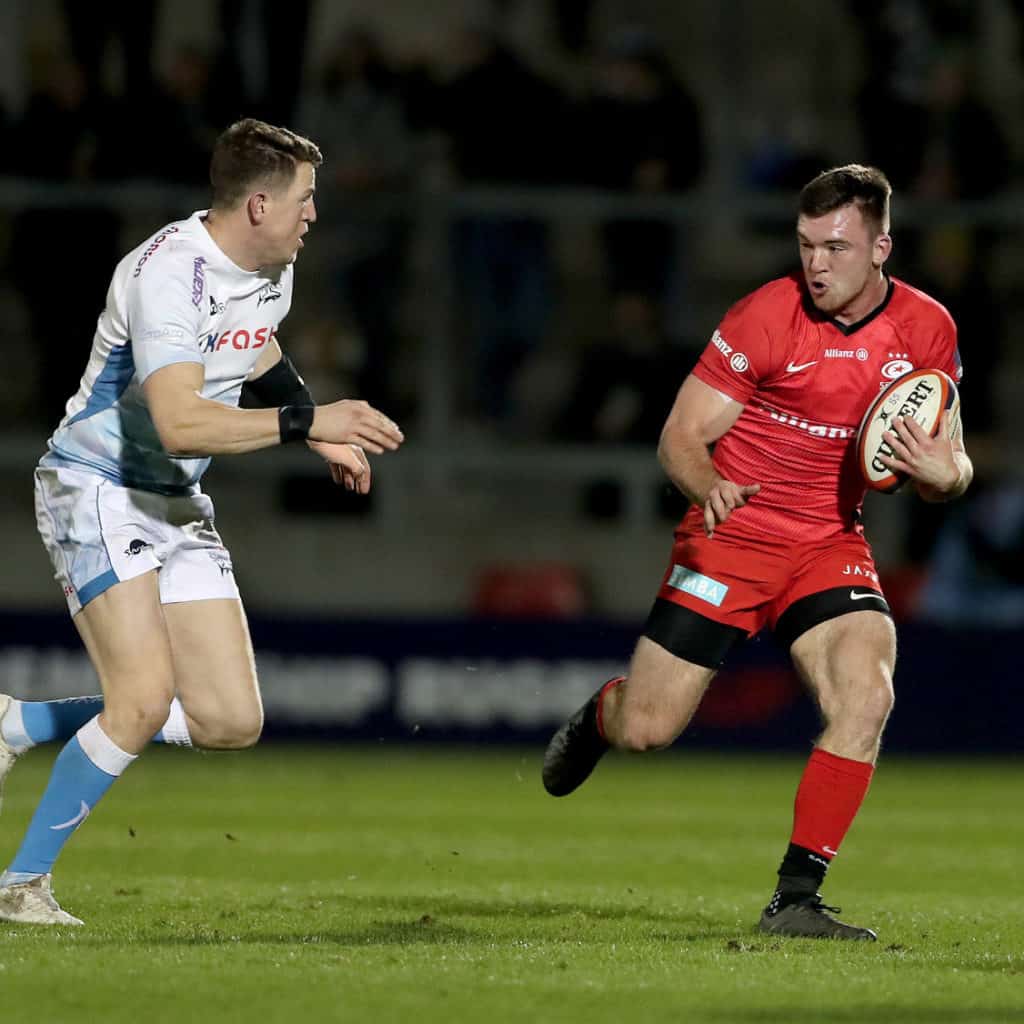 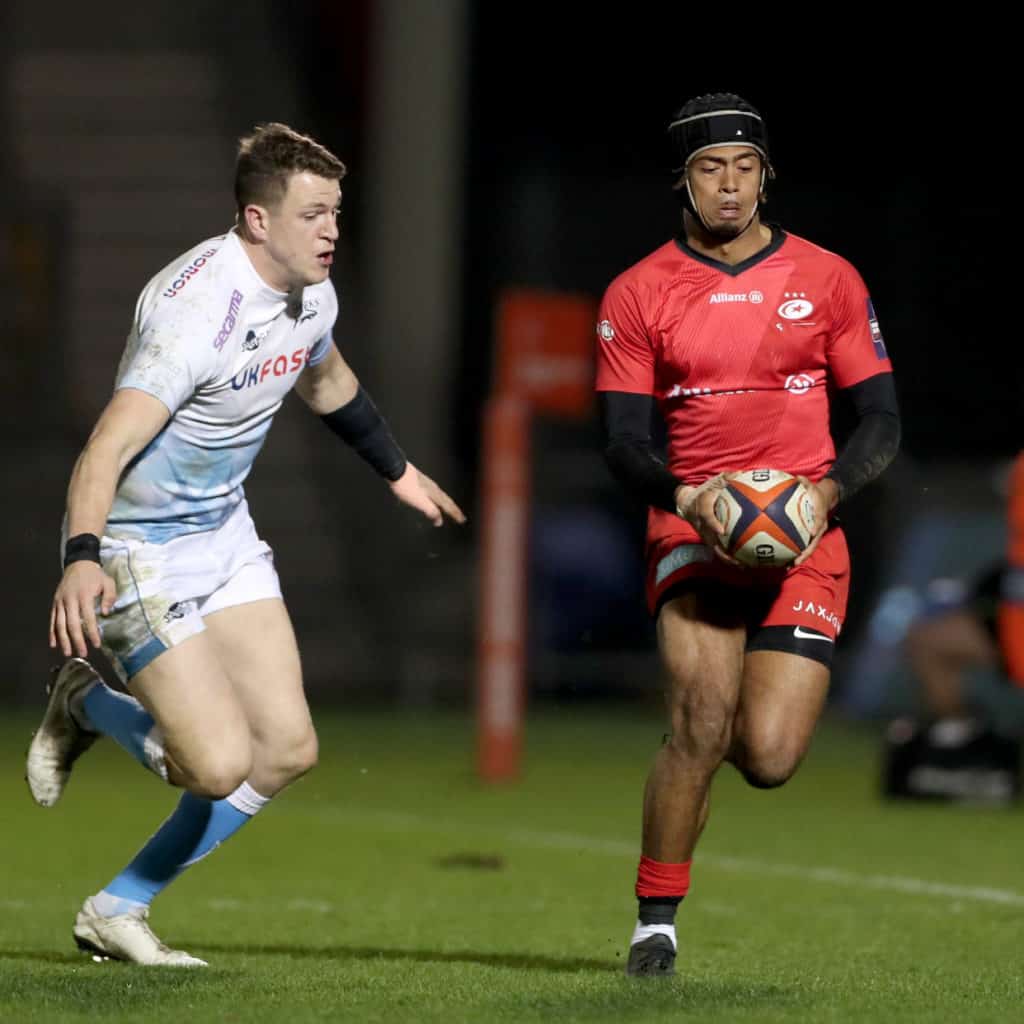 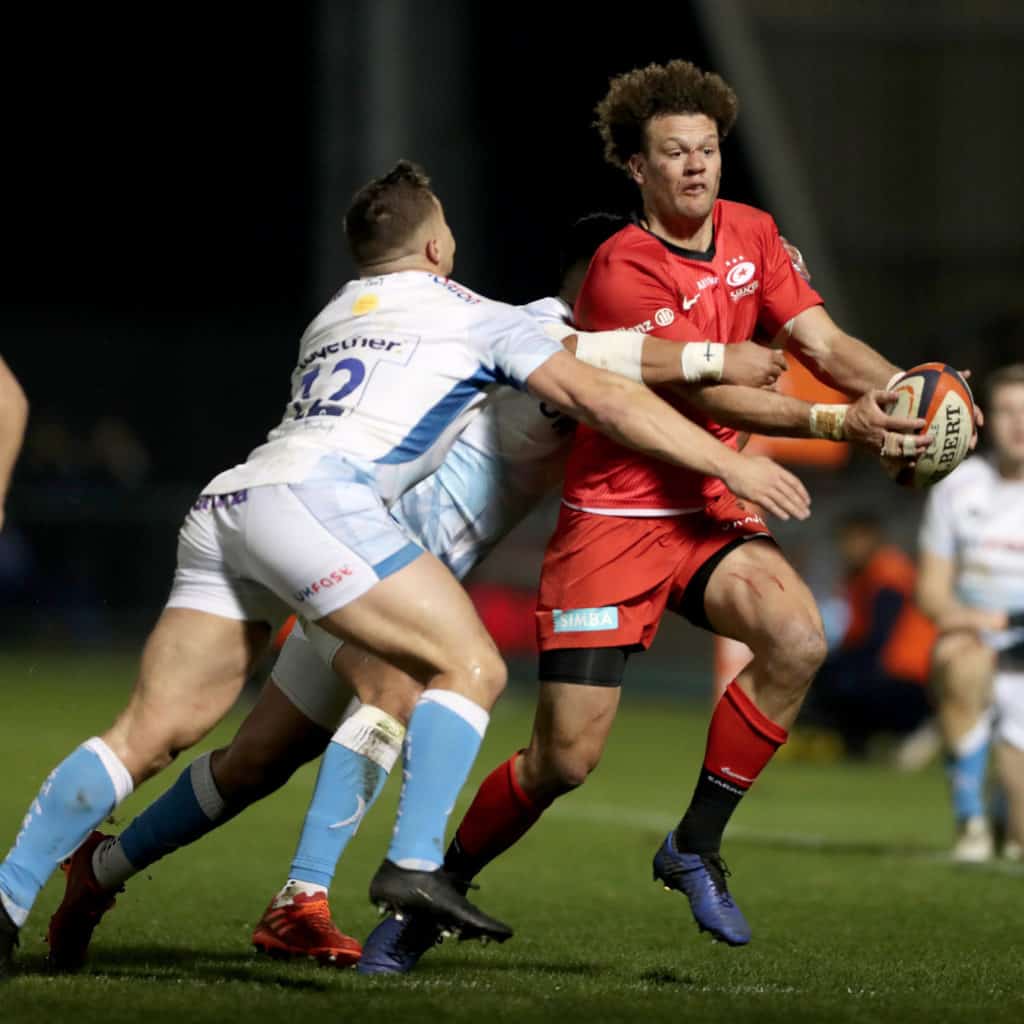 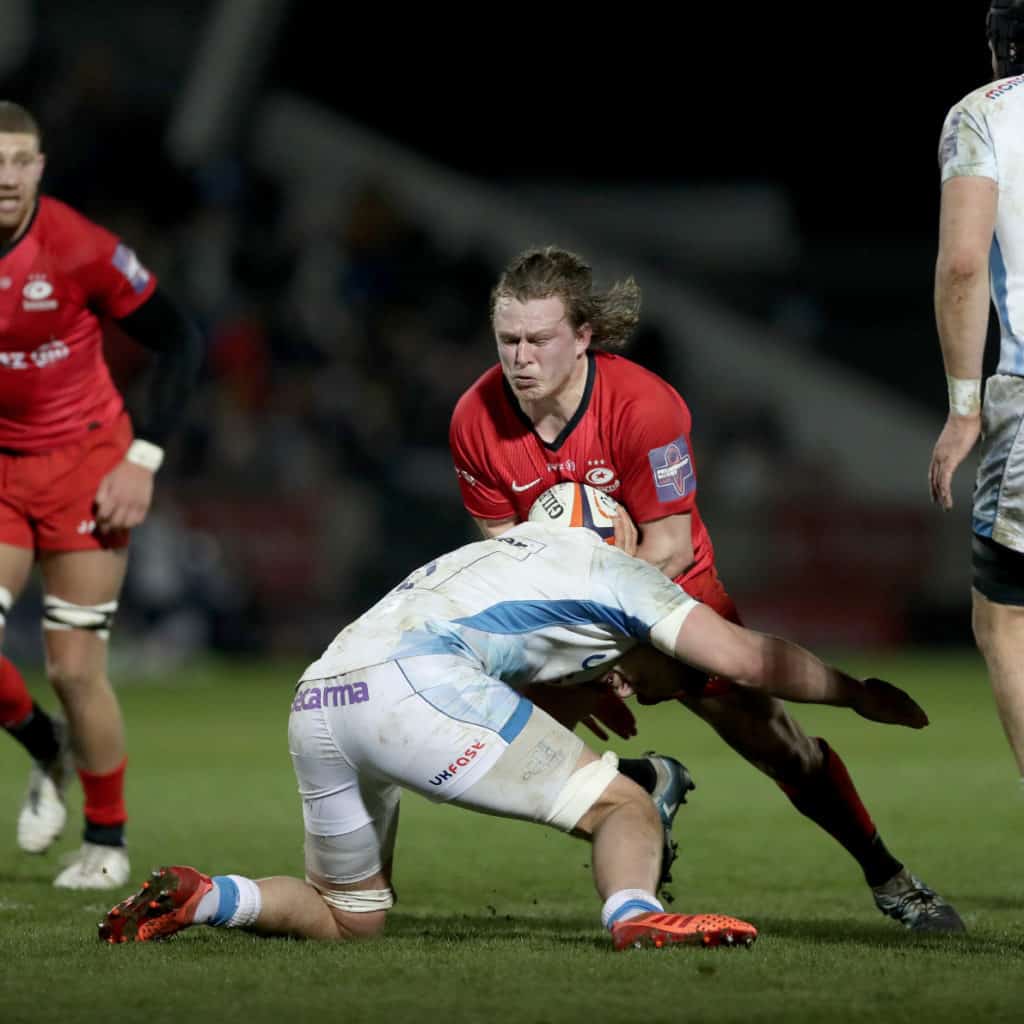 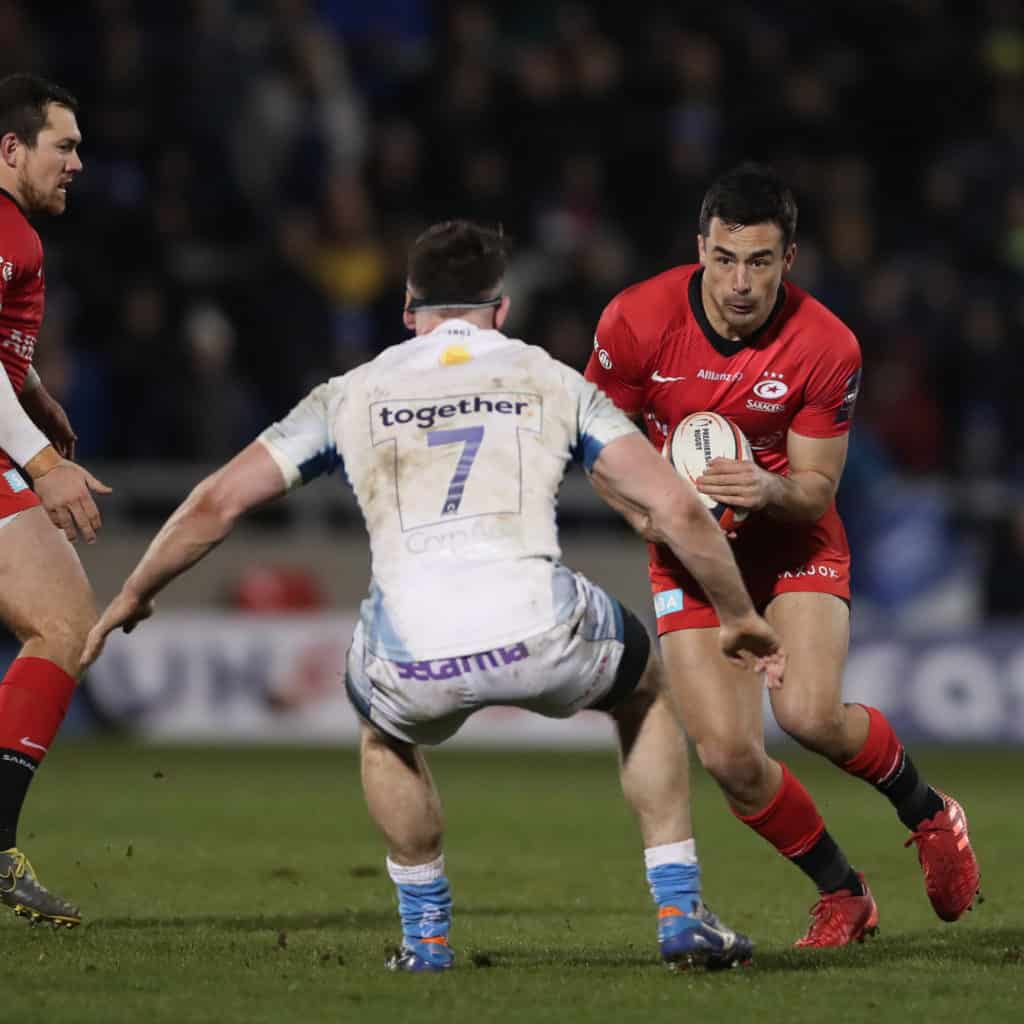 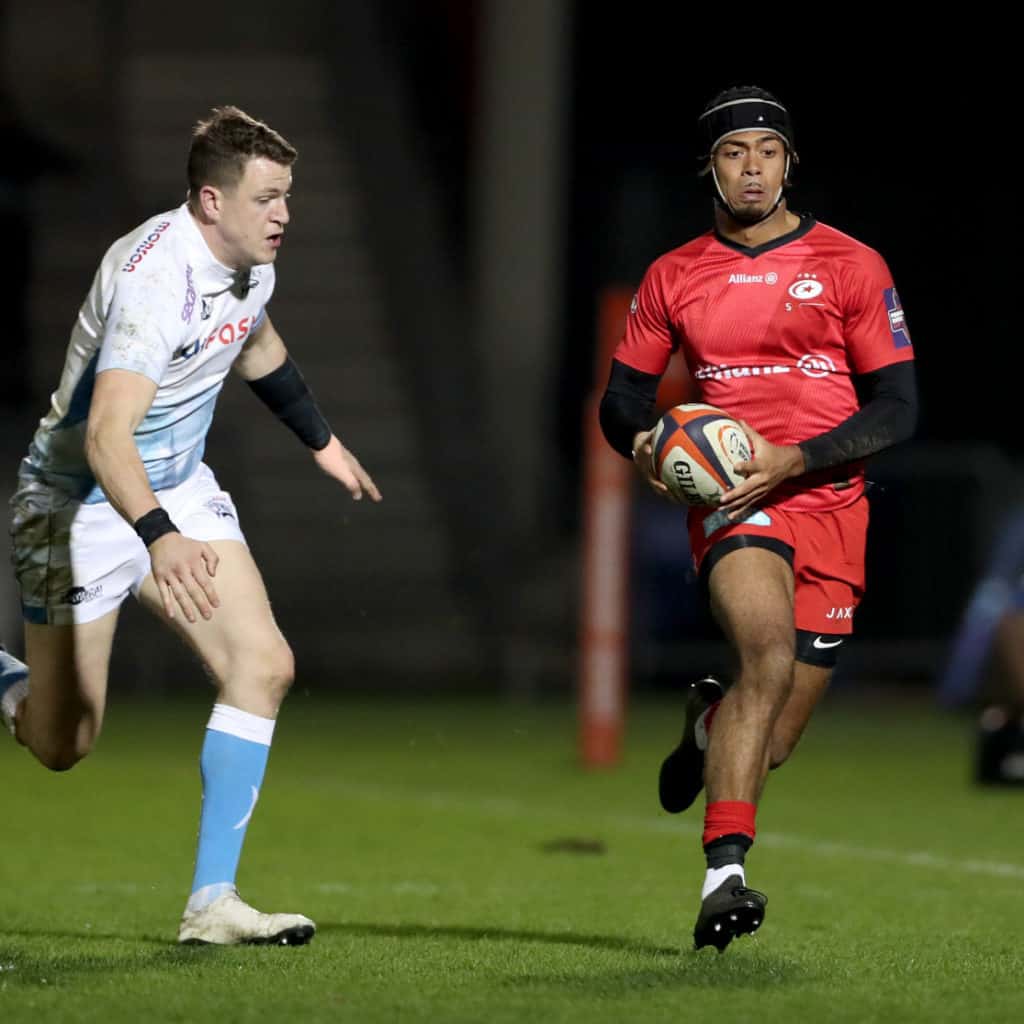 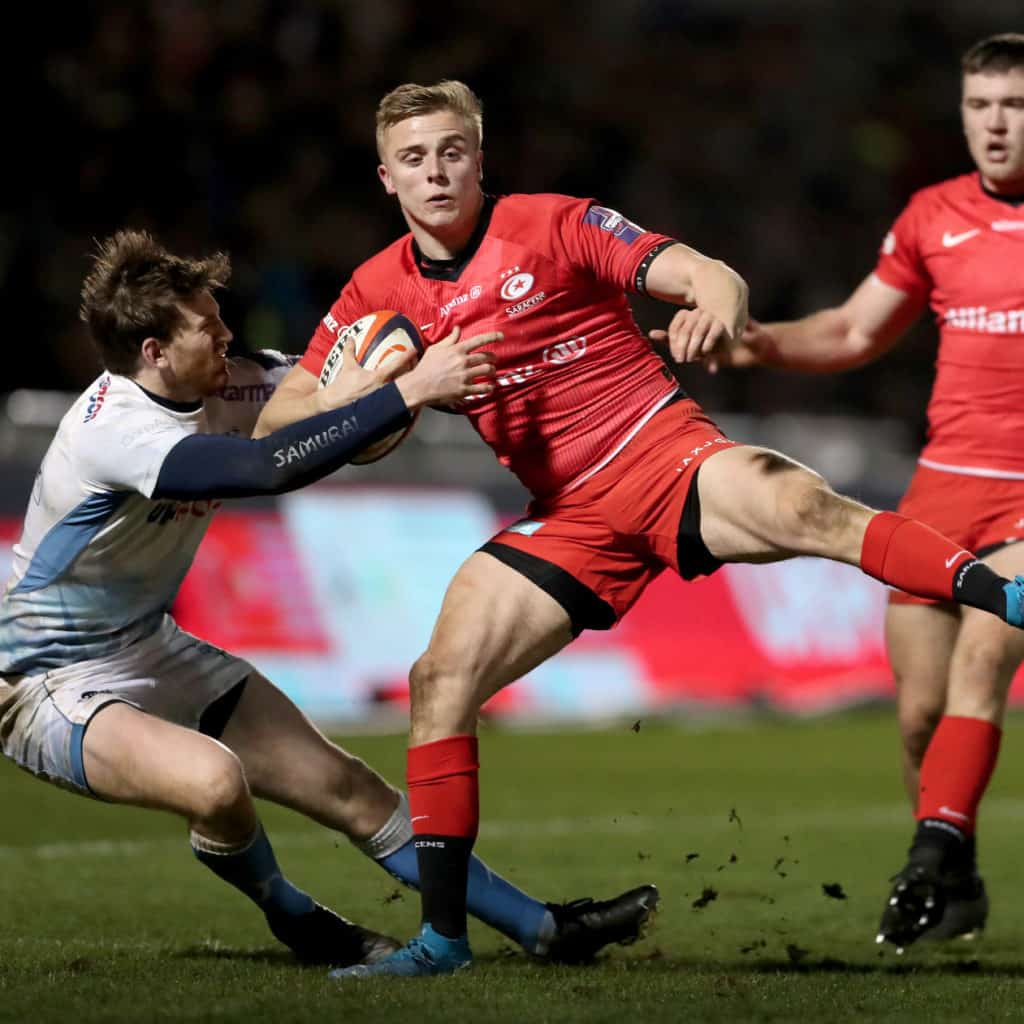 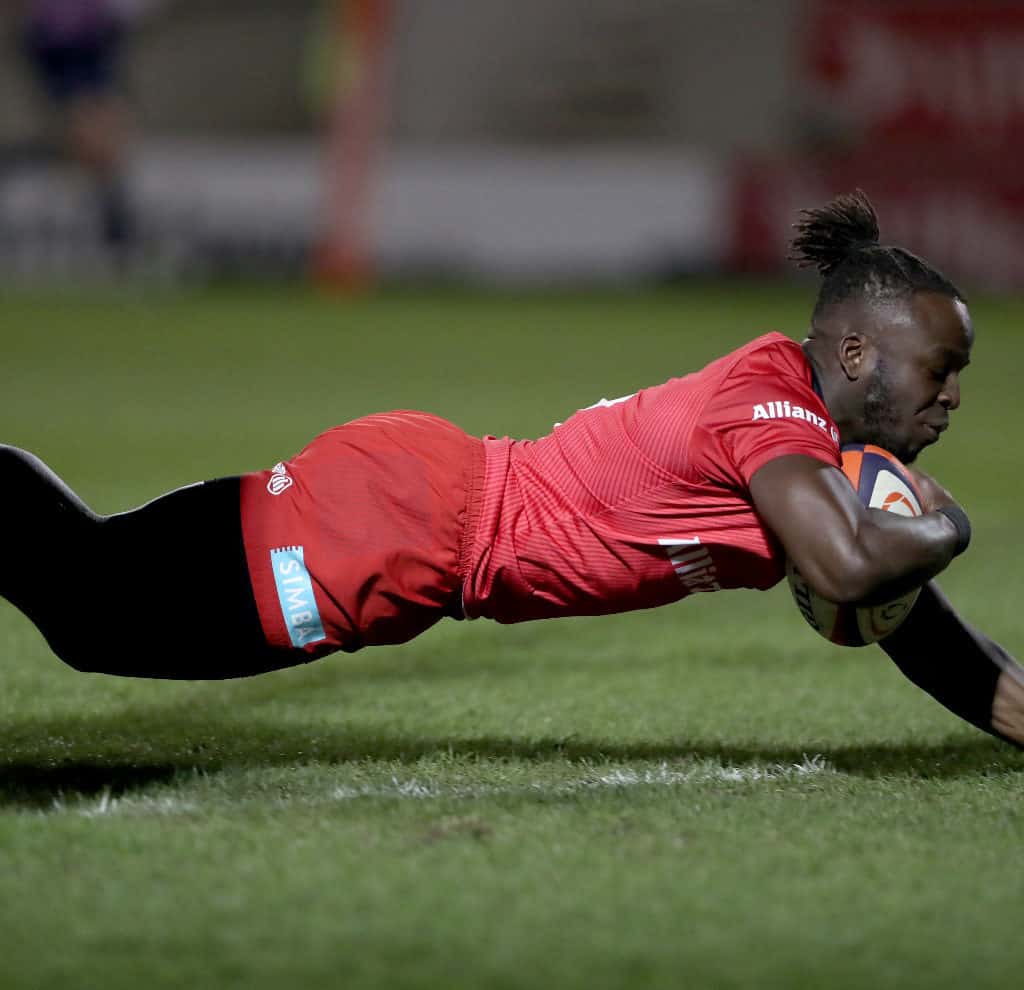 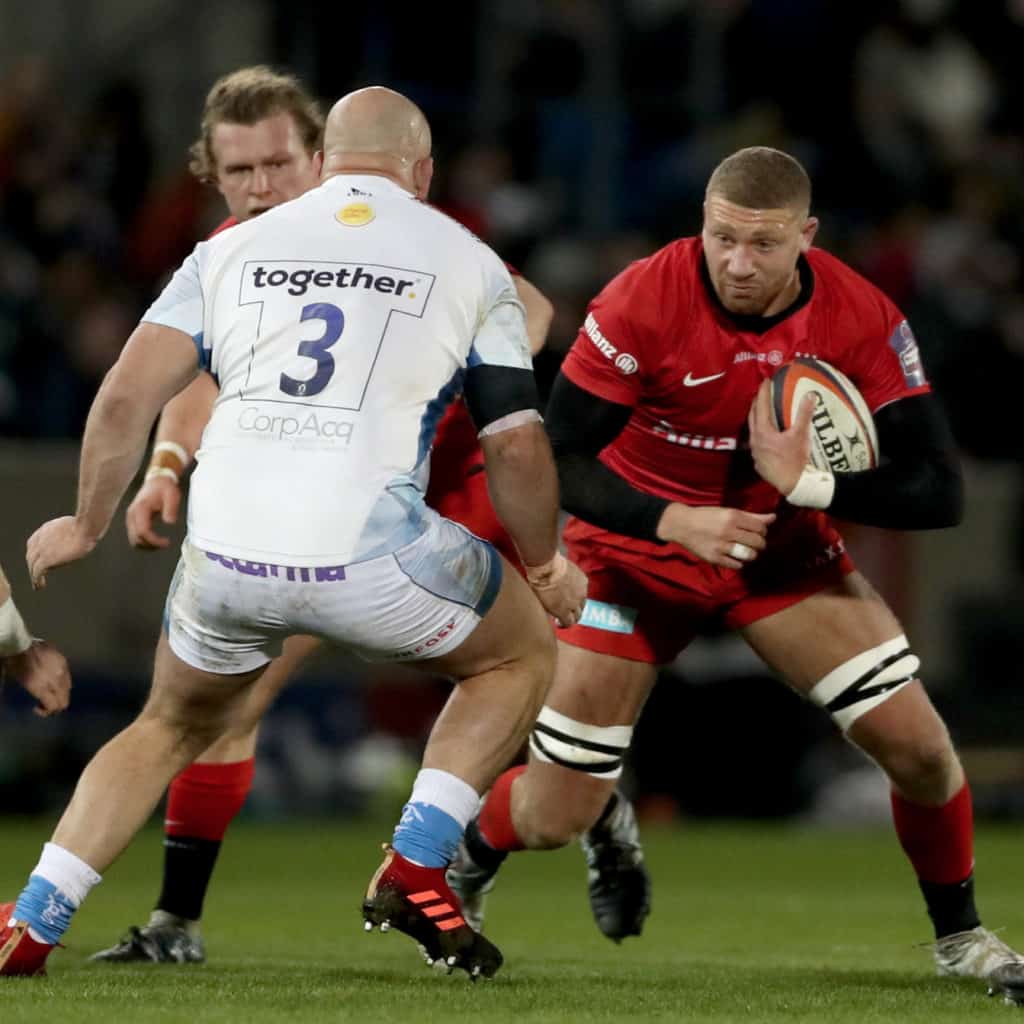 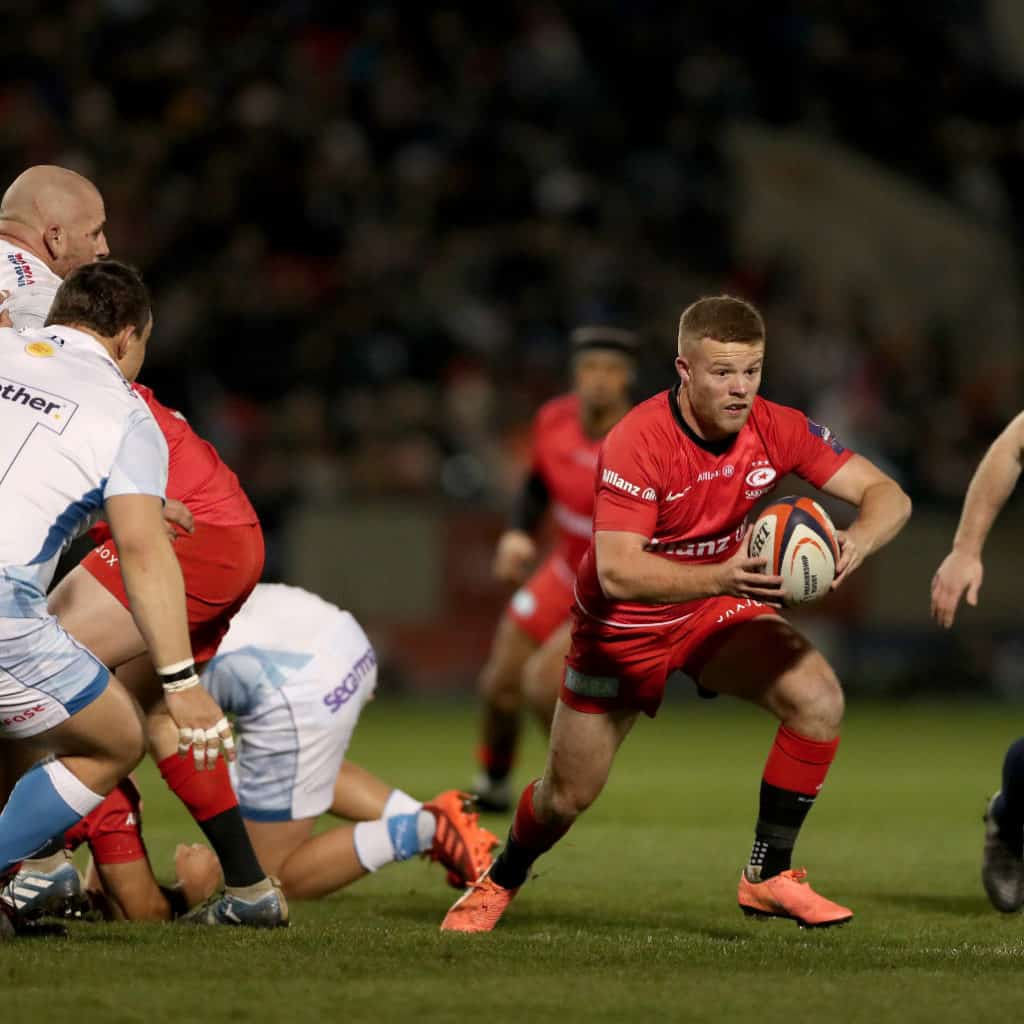 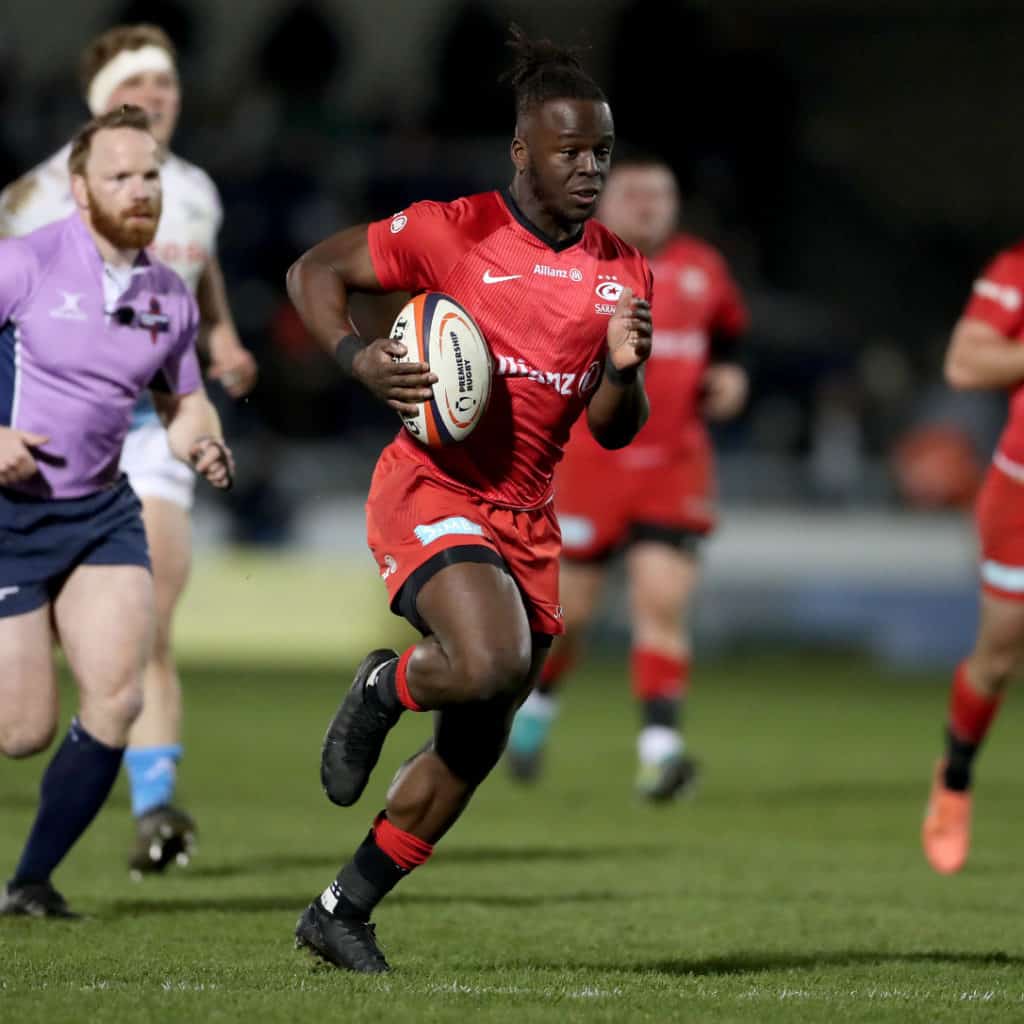