“We’re really chuffed with the character the team showed.”

Saracens restarted their Gallagher Premiership campaign with a battling display to overcome a determined Sale Sharks side in north London this afternoon.

First-half tries from Michael Rhodes, Alex Lewington and Nick Tompkins gave Saracens the advantage before an impressive second half fightback from the Sharks. A late try from Joel Kpoku in the end proved the difference between the sides as the hosts secured a 31-25 win.

Under a cloudless blue sky at Allianz Park both sides started brightly and with a real show of attacking intent. Sale came into the game placed 11th in the table, a position which perhaps did not reflect some of the talent of their squad.

The first points of the afternoon went the way of the visitors when Rob du Preez took a straightforward kick at goal to break the early deadlock and while Ben Spencer had a chance of his own to equalise, the windy conditions took the kick wide leaving the Sharks with a narrow lead in what was so far an evenly matched first 20.

It was a breathless affair with periods of end-to-end play as both sets of players battled to take the first real foothold in the game. Indeed the 0-3 scoreline did little to reflect the energetic performances on display.

Exactly 20 minutes through the half the Men in Black finally found a way through the Sharks’ defence when Michael Rhodes was driven over for Sarries’ first points of the afternoon. Despite losing Will Skelton to the sin bin for what referee Andrew Jackson judged to be a late hit on Sale full-back Sam James, Saracens took their opportunity to begin to make their mark on the game.

It could have been a second for Saracens on the half-hour mark. Much as for the first try Saracens’ forwards showed their power to drive closer and closer to the line, finishing agonisingly close to a score as Sale managed to keep the ball held up. The score did come though moments later as Mark McCall’s men worked the ball wide from a five-metre scrum allowing Lewington to sneak through in the corner.

Despite being down to 14, Saracens seemed to have found their attacking groove, producing their third score of the afternoon not long after, when the returning Chris Wyles put through a beautifully-weighted grubber for an onrushing Tompkins who powered over.

A try for Sale on the stroke of half time was the final action in what was an end to end half of rugby as the Sharks looked to pull themselves back in to the game. Byron McGuigan found himself in space on the wing and trotted through to the line to reduce Sale’s deficit. It was a try that seemed a turning point for Sale who would go on to build on that score throughout the second half.

Saracens began the second 40 with an immense defensive display. As the visitors pilled the pressure on the Men in Black it seemed as if they were set to add to their first half score but a huge defensive effort from the home side saw attack after attack closed down until after almost ten minutes in the Saracens 22 the ball was turned over and Spencer could kick clear.

While Saracens struggled to create the opportunities they had crafted in the first forty, Sale added two penalty kicks to take them within two points of the home side. A third kick with 15 minutes to play gave the visitors a narrow 21-22 lead as they game moved in to its final period. Much as Saracens had in the first half, Sale seemed to have found their rhythm as Saracens struggled to find theirs. With ten minutes to play another penalty from the boot of du Preez extended the visitors lead to four points.

Saracens have never been a team to go down easily though and the Men in Black showed their fighting qualities to dig deep and deliver one final try with just five minutes left to play. It was a nervy wait for the Allianz Park faithful with the referee consulted with the TMO but the score was given and Kpoku claimed his first Premiership try as Saracens secured the bonus point.

It was the culmination of a huge second half fight from Saracens who were faced with a determined Sale side. A final penalty kick from Spencer on the 80th minute confirmed the win, securing a 31-25 win as the home side continued their excellent unbeaten run to 18. 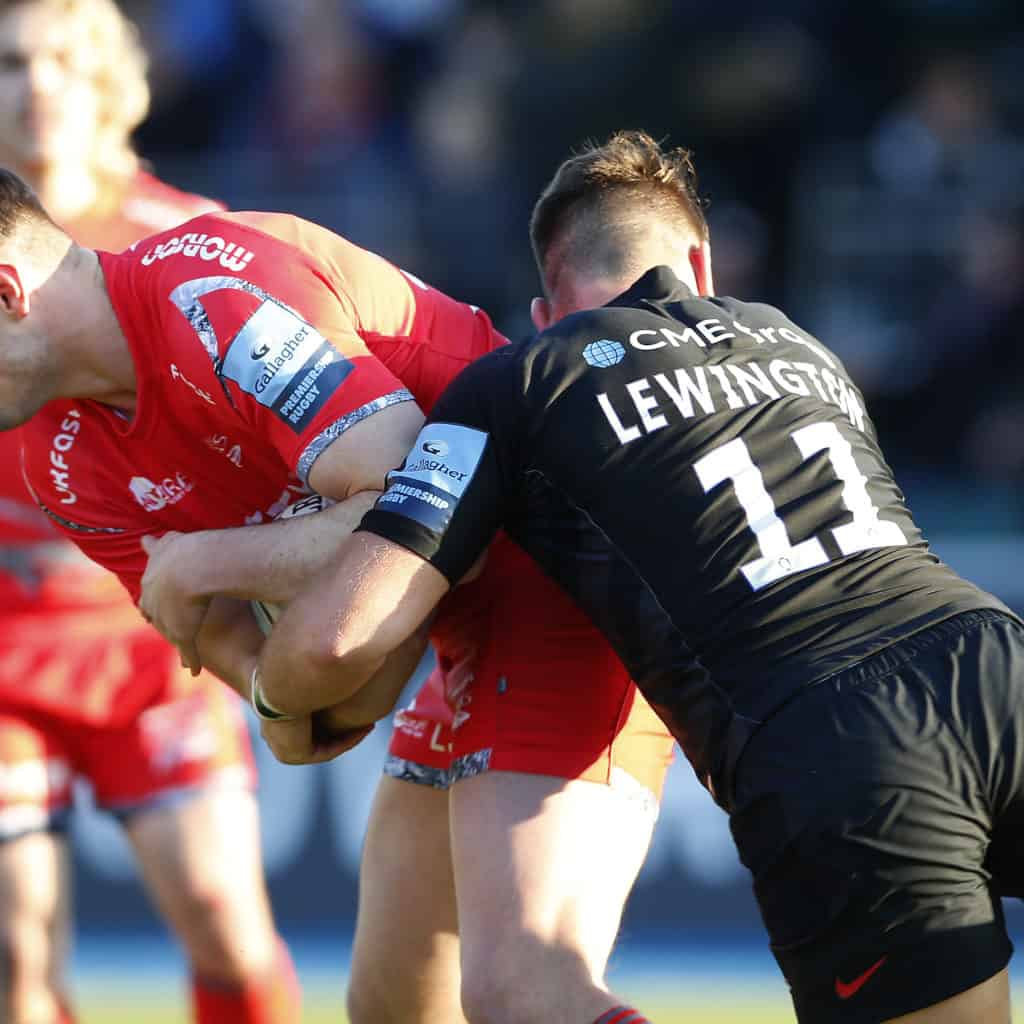 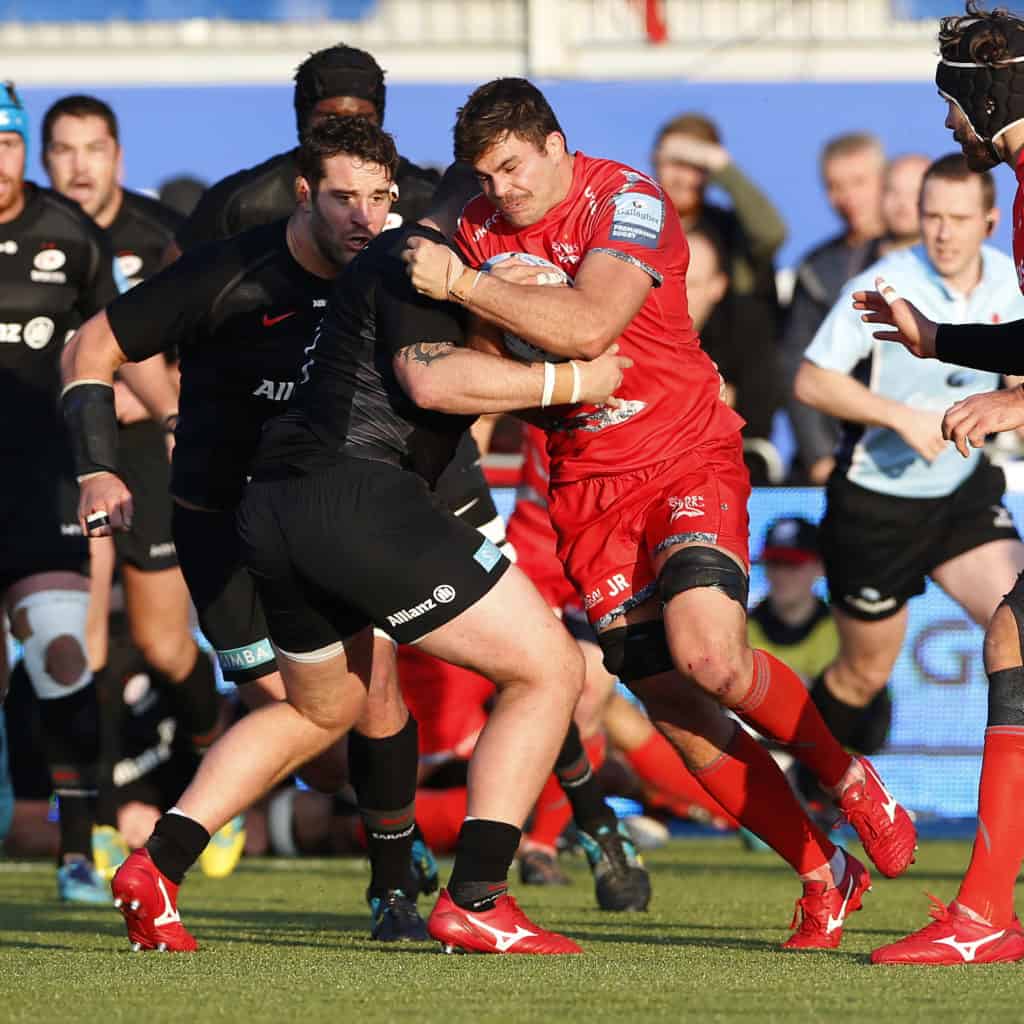