“To beat a team by that many points in a European quarter-final says you’re not a bad team. If you take away the first and last minute, they don’t have many points at all.”

Saracens secured their place in the Heineken Champions Cup semi-finals with a ruthless demolition of Glasgow Warriors at Allianz Park. The home side ran in seven tries, including braces for both Liam Williams and David Strettle, to earn their place in the next stage of the competition.

Atmosphere was high at Allianz Park ahead of this afternoon’s quarter-final match up with Glasgow Warriors and a frantic first half delivered everything a packed out Allianz Park could have wanted.

The opening five minutes saw the side exchange seven pointers as first Glasgow and then Sarries crossed the whitewash in a breathless start to the game. A searing break from Stuart Hogg set up the Glasgow score; the full-back tore up field before offloading to Rory Hughes on the wing who in turn put Ali Price in for the score to the delight of the vocal Glasgow support. Moments later Williams did the honours for the home side, latching on to a high ball from Alex Goode, swatting away his defenders and dotting down under the sticks.

It was the boot of Alex Lozowski that first put the home side ahead in the game, and from there the Men in Black never looked back. Enjoying the lion’s share of possession, Sarries put pressure on Glasgow with slick hands and high tempo play. Two deserved scores from Strettle and Brad Barritt gave the hosts an extended lead, leaving Glasgow trailing by 15 points on the half-hour mark.

While two penalties, including a long range effort from Adam Hastings, allowed Glasgow to cut the deficit to 22-13 it seemed momentum was firmly with the north Londoners as they thwarted a strong Warriors attack on the stroke of half-time, bundling the blue shirts in touch to maintain a nine-point lead at the halfway point.

There was no letting up for Saracens after the break. Further scores from Williams and Strettle put Sarries well clear of their visitors before a sixth try from man of the match Jamie George just past the hour confirmed Saracens’ dominance.

There was plenty of fight still left in Glasgow however and, roared on by their travelling support, the Scots hit back with a try of their own through replacement scrum-half George Horne to bring the scores to 49-20.

The away defence had been on the receiving end of a heavy bombardment throughout the game from Saracens’ attack and there was to be one final attacking effort for the Wolfpack before the game was out. Working their way through the phases Saracens wore down the Glasgow line until Nick Tomkpins had the chance to crash through for Sarries’ seventh score. Lozowski’s conversion hit the mark to bring the home side past the 50-point marker.

The final say in the game belonged to Glasgow though as they finished the game as they had started it, with a try. With the clock in the red a Glasgow line out saw the ball worked towards the line, setting up Matt Fagerson who drove over. A last word for the visitors but the day belonged to Saracens who will now face Munster in the semi-finals. 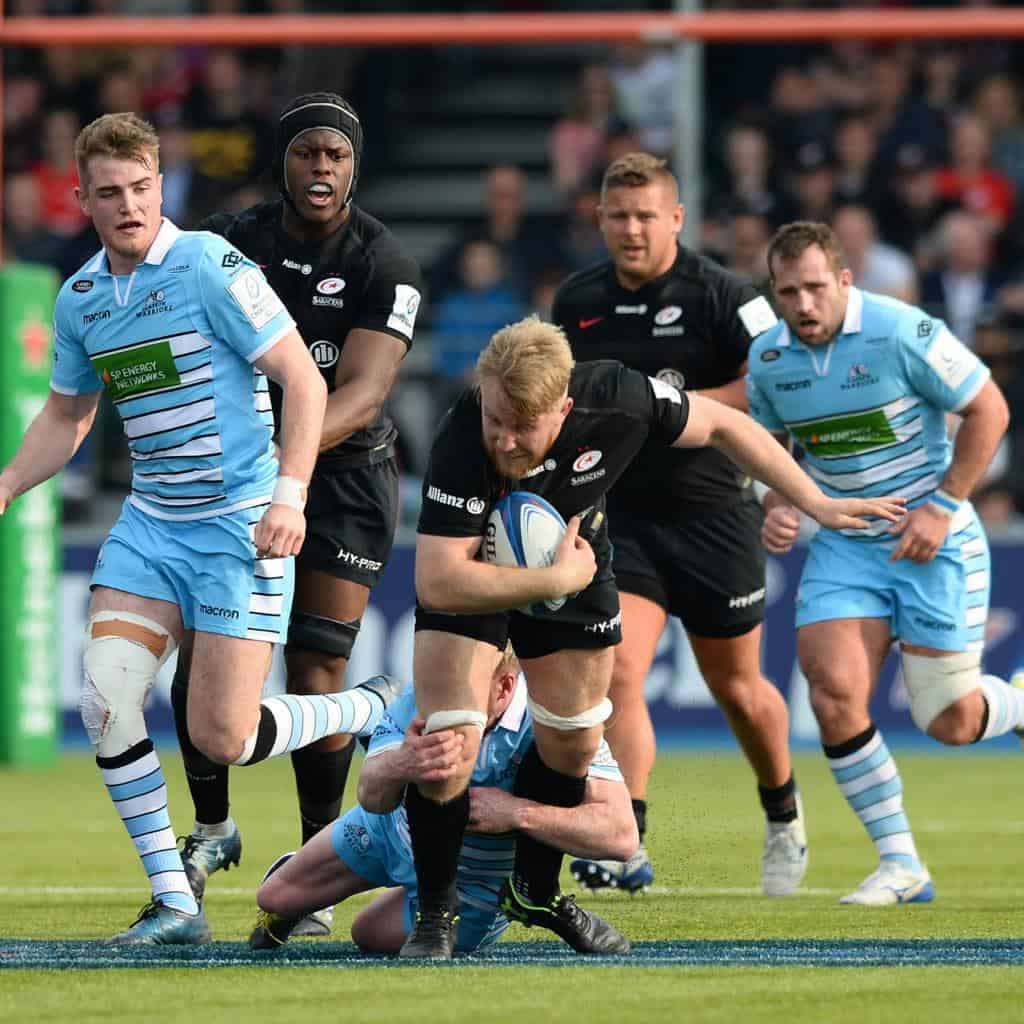 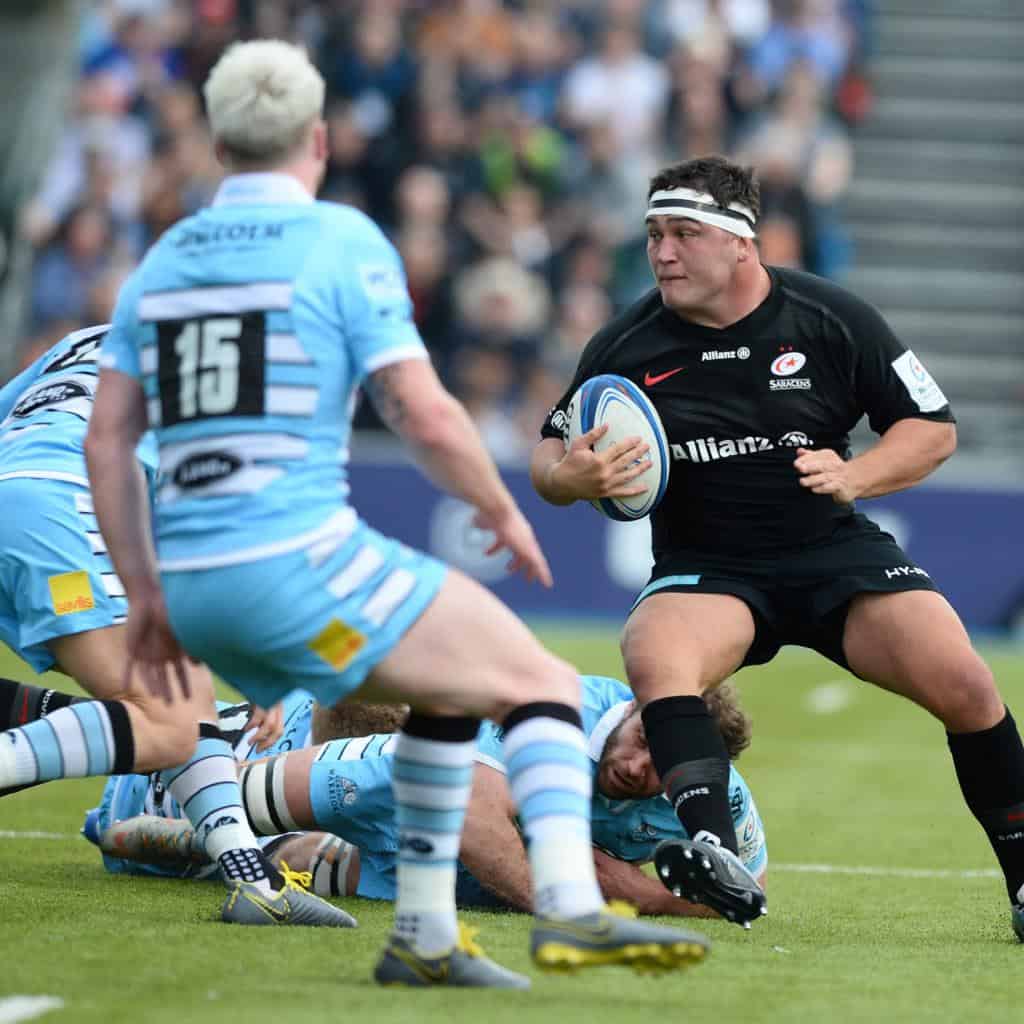 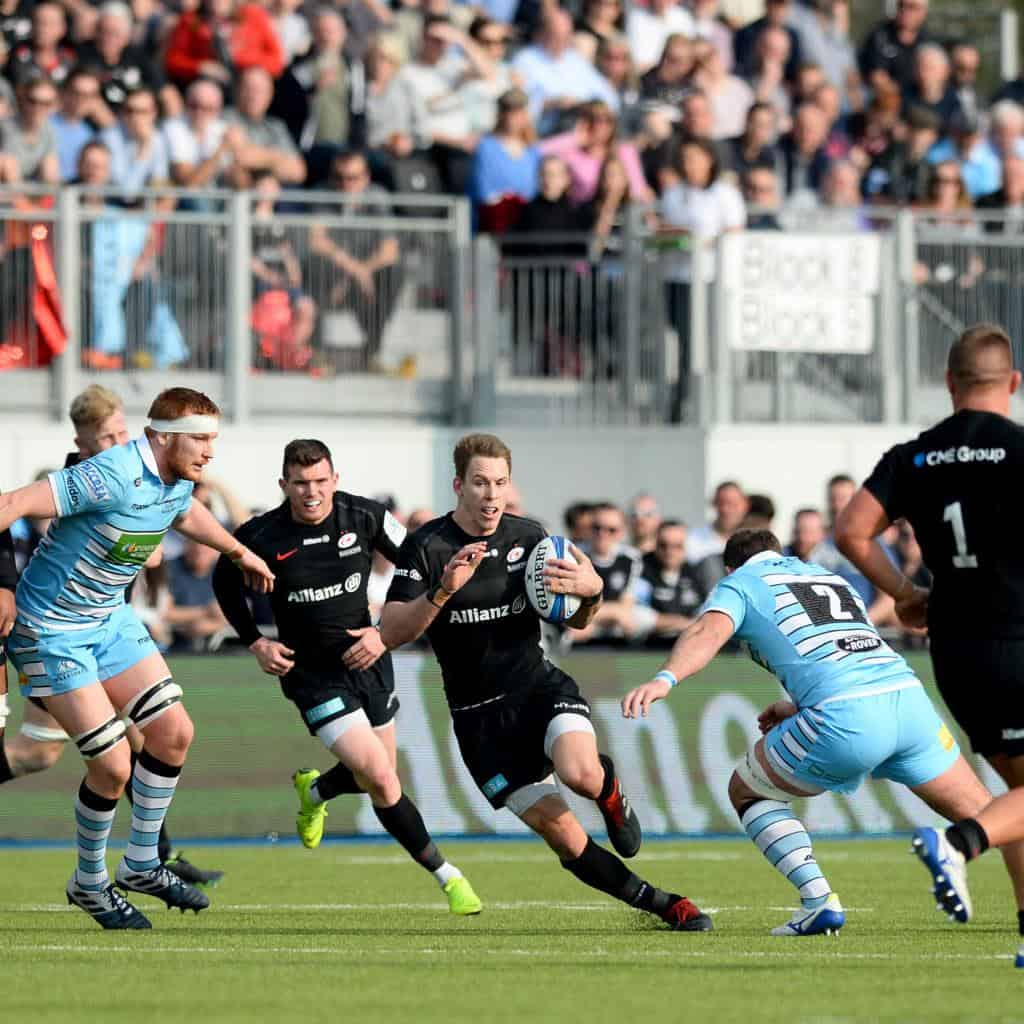 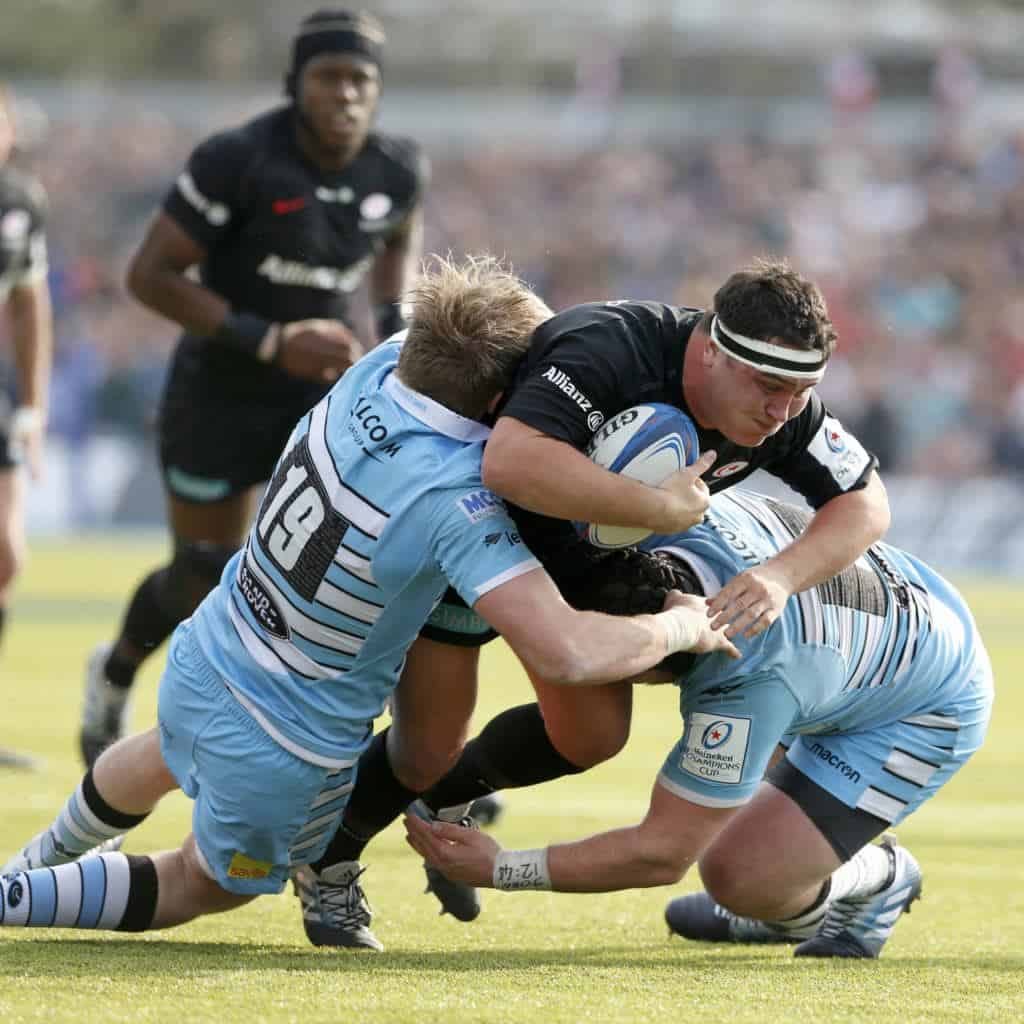