“The way we came out in the second half was unreal. It was just a great feeling right at the end.” – Sean Maitland

Saracens put in an impressive performance against a tough Munster outfit to win 15-6 in a feisty affair at Allianz Park.

There was little to separate the two sides in a tight first 40 with both defences on top, but second-half tries from Sean Maitland and Mako Vunipola, on top of a resilient defensive display, would prove enough for the home side to come away with victory.

Said to be an encounter between two of the most physical sides in the competition, the match lived up to its billing. In a tense first half, every penalty decision was greeted by the crowd as if it were a try with both sets of supporters knowing the importance of the small moments.

An early three points from the boot of Owen Farrell gave Saracens a slender lead but attacking opportunities proved limited and were shut down by stern tackling on the gainline.

Munster for their part had as good a chance as any just before the half-hour mark. Building from the scrum the visitors moved through the phases, yet for every pick and drive that looked to bundle over there was a wall of black shirts waiting as Sarries’ trademark Wolfpack D held strong. Eventually though the pressure told and Saracens were penalised, allowing JJ Hanrahan the chance to level the scores from the tee.

Max Malins was bright in attack and Joel Kpoku was strong up front on their full European debuts and young guns Ben Earl and Nick Isiekwe were dominant up front alongside the returning Vunipola brothers – both of whom would make an impact in the second period.

But it was Munster who edged ahead, again Hanrahan slotting a penalty, and the Irish province made life difficult for the hosts whose hopes of breaking through were falling flat.

However, sparked by a touchline incident which seemed to reset the match and refocus Mark McCall’s side, the Men in Black seized control of proceedings.

Replacement scrum-half Ben Spencer used his body well at the scrum to shield Conor Murray from grasping the shirt of Billy Vunipola and the big Number 8 produced a sublime bit of skill to assist Maitland. Picking from the base, the England international ended a bulldozing carry with a LeBron James-eque pass to send in his Scottish counterpart.

Fired up by the score, Saracens accelerated through the gears and added a second try 10 minutes from the end. Several pick and goes chipped away at the Munster fringes and Mako Vunipola capped off a fine afternoon from close range – Farrell’s conversion proving the icing on the cake. 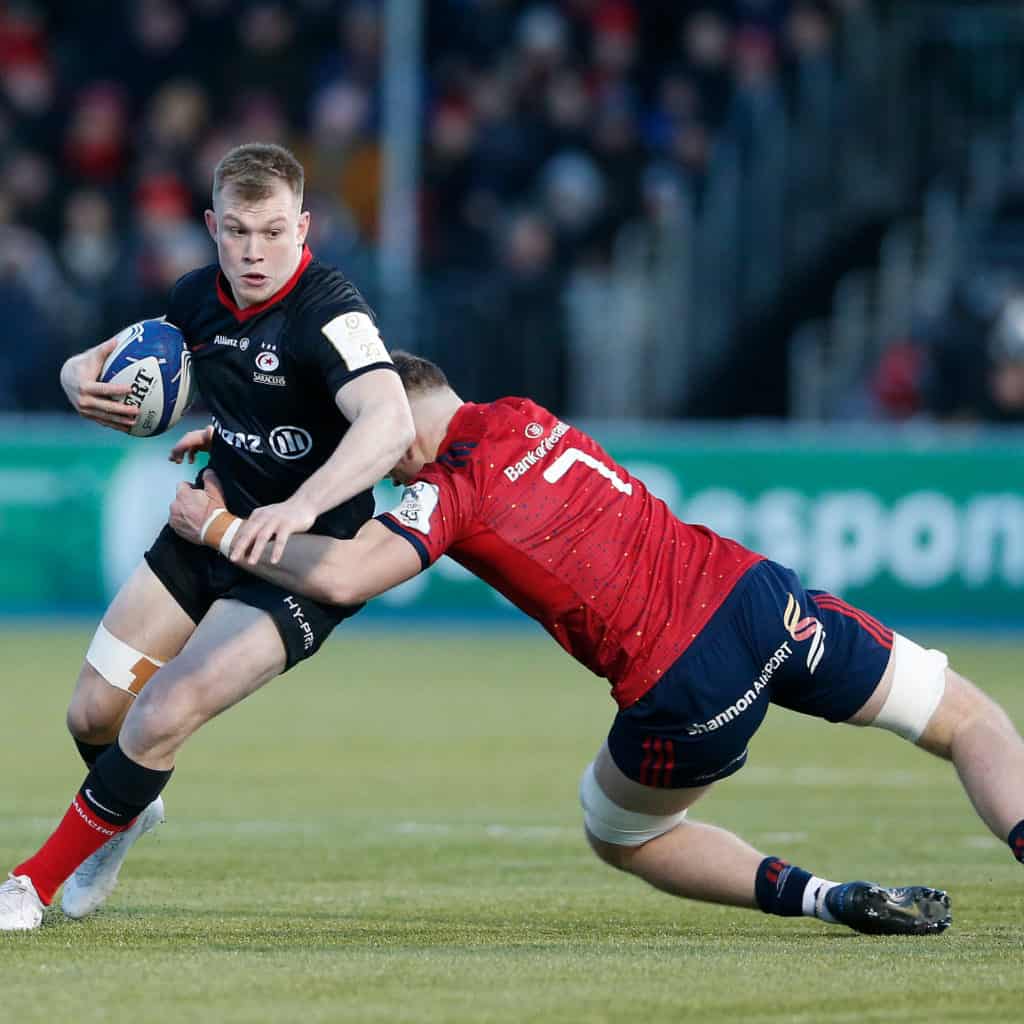 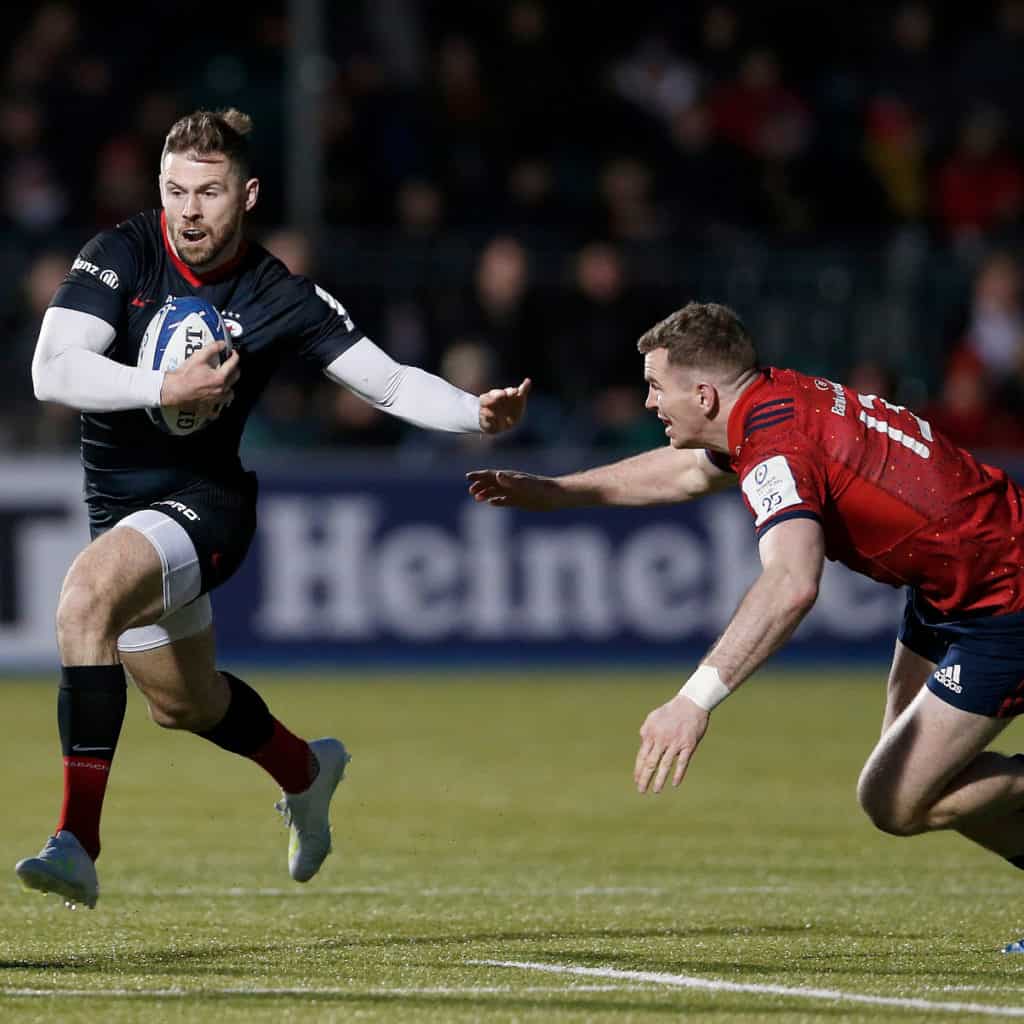 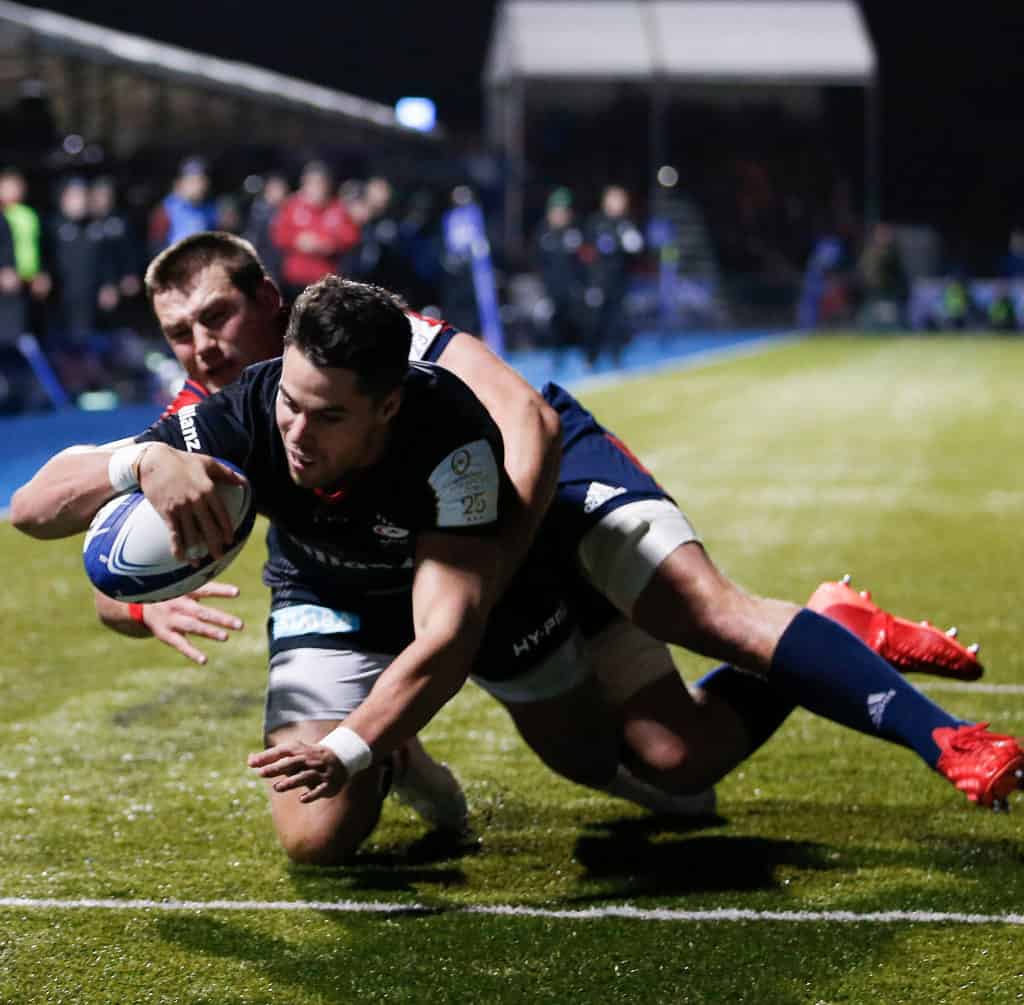 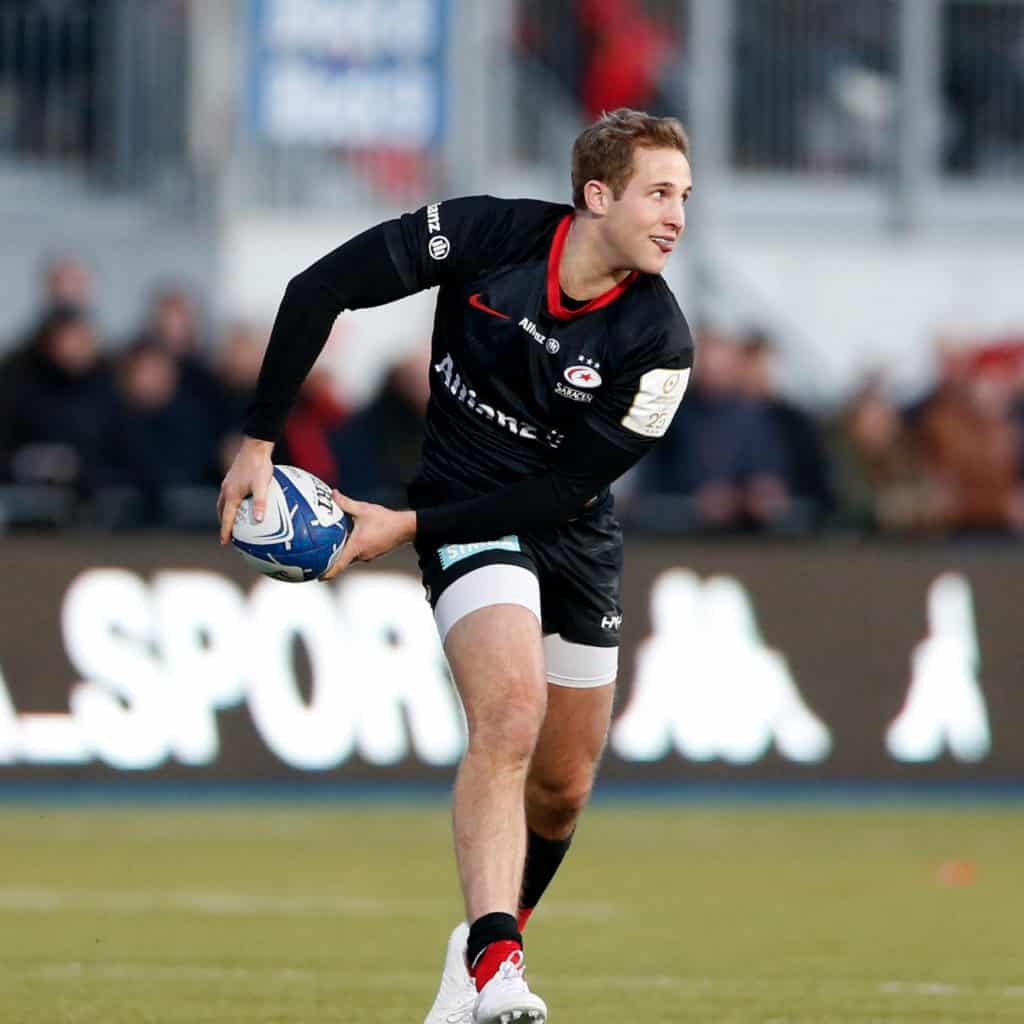 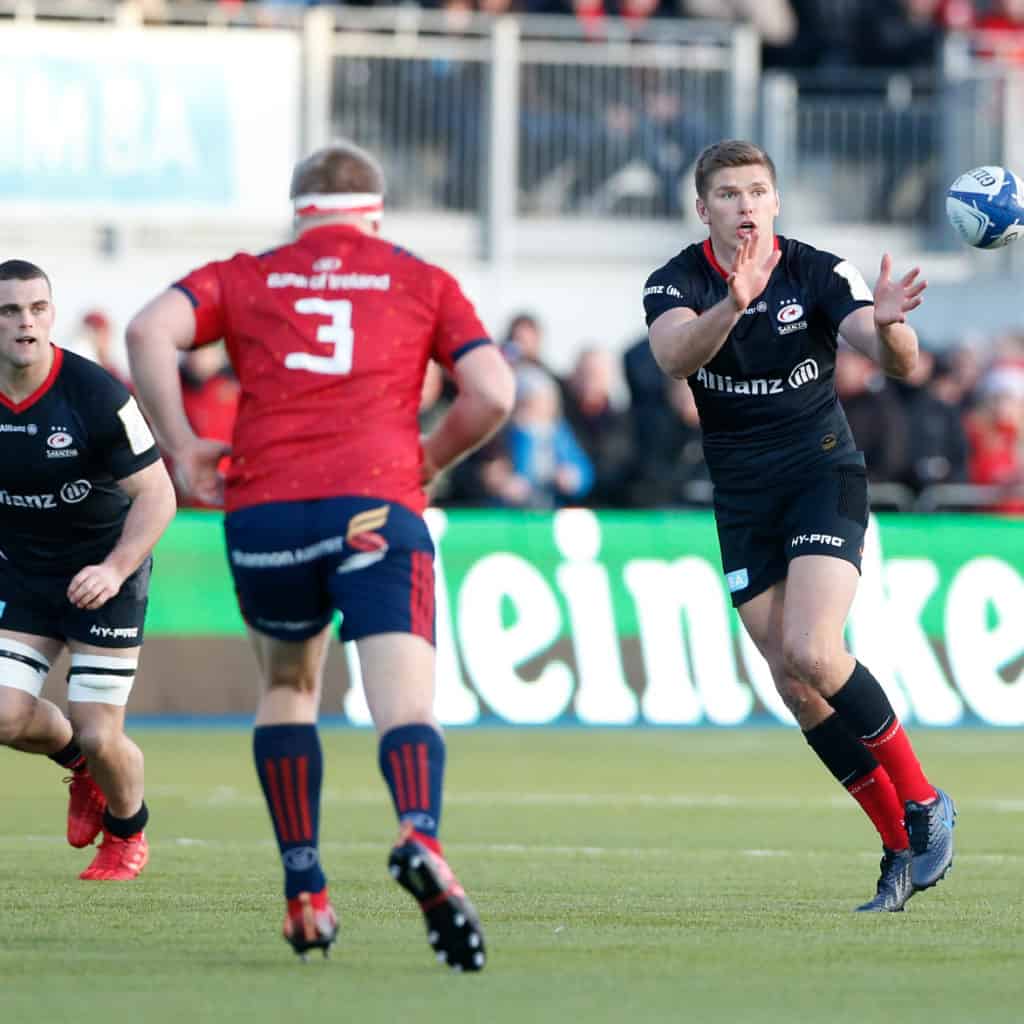 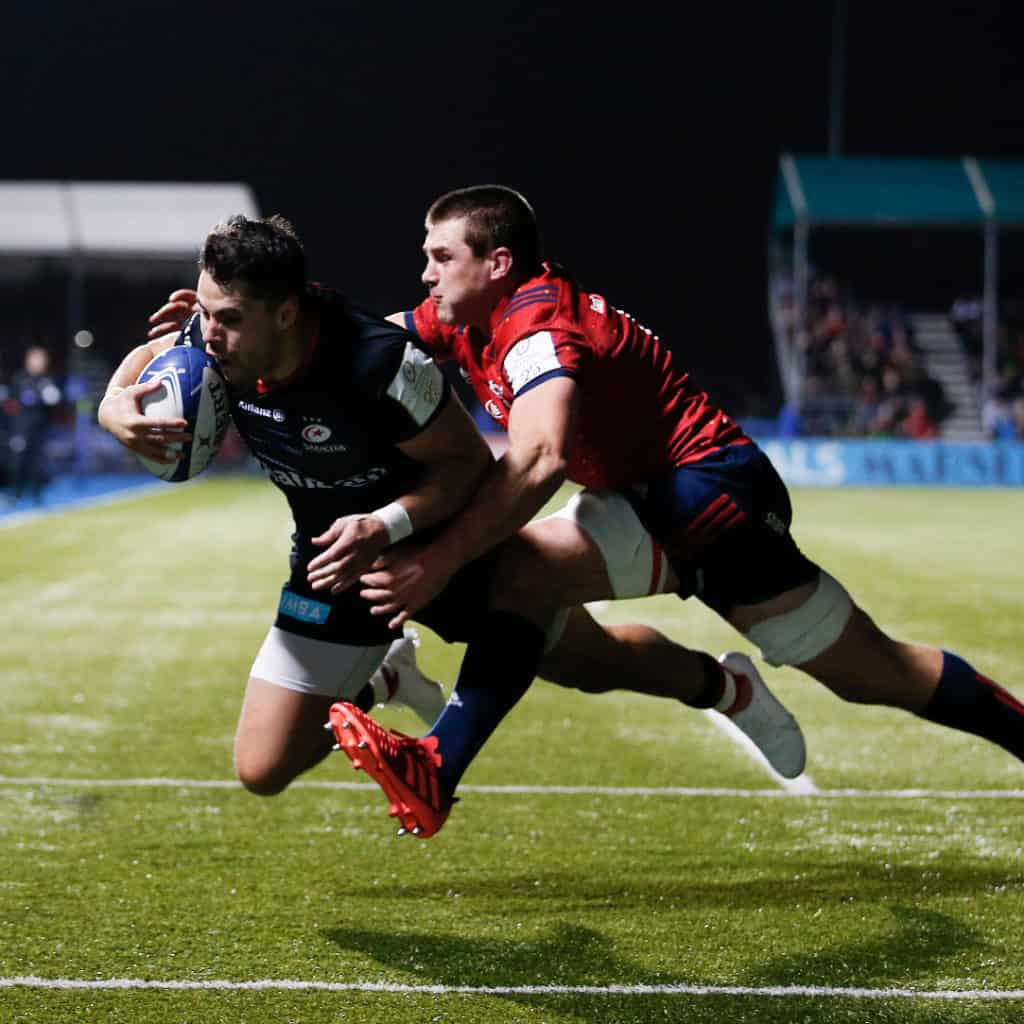 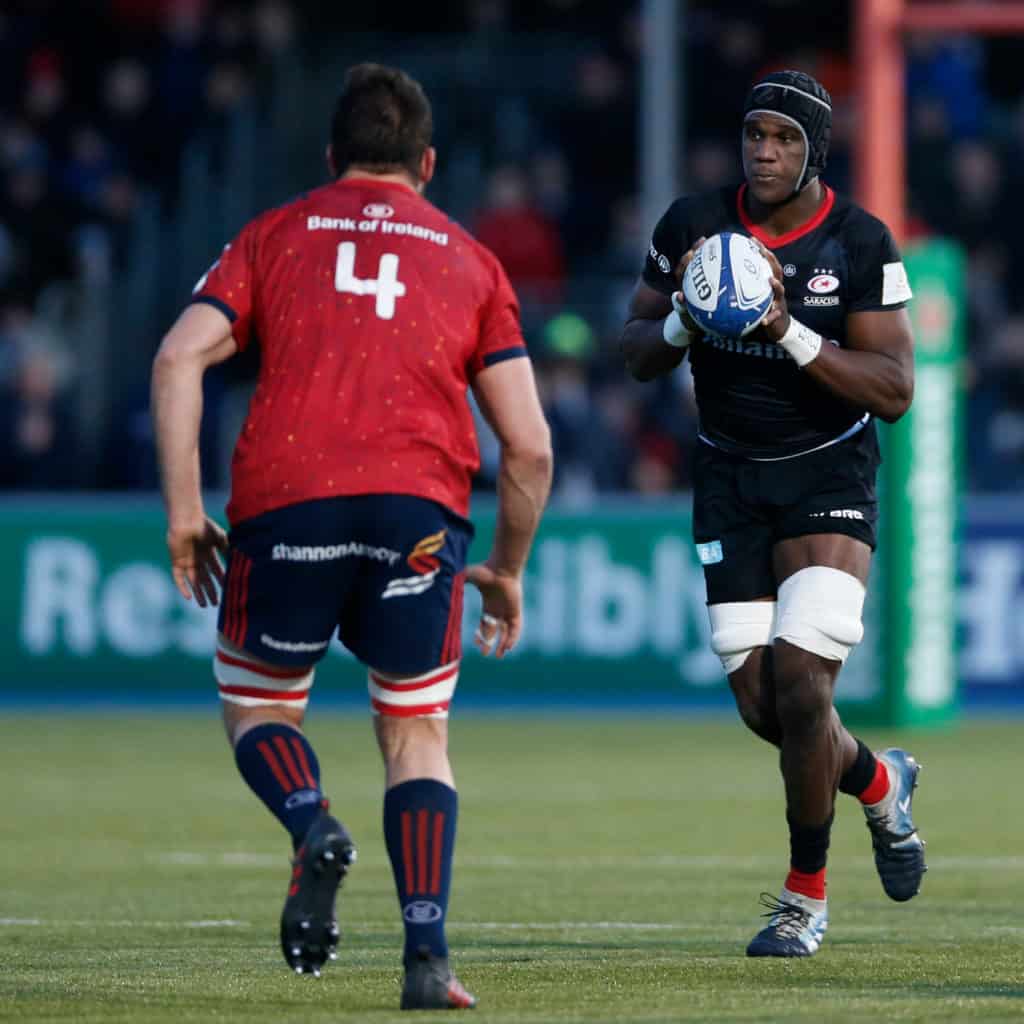 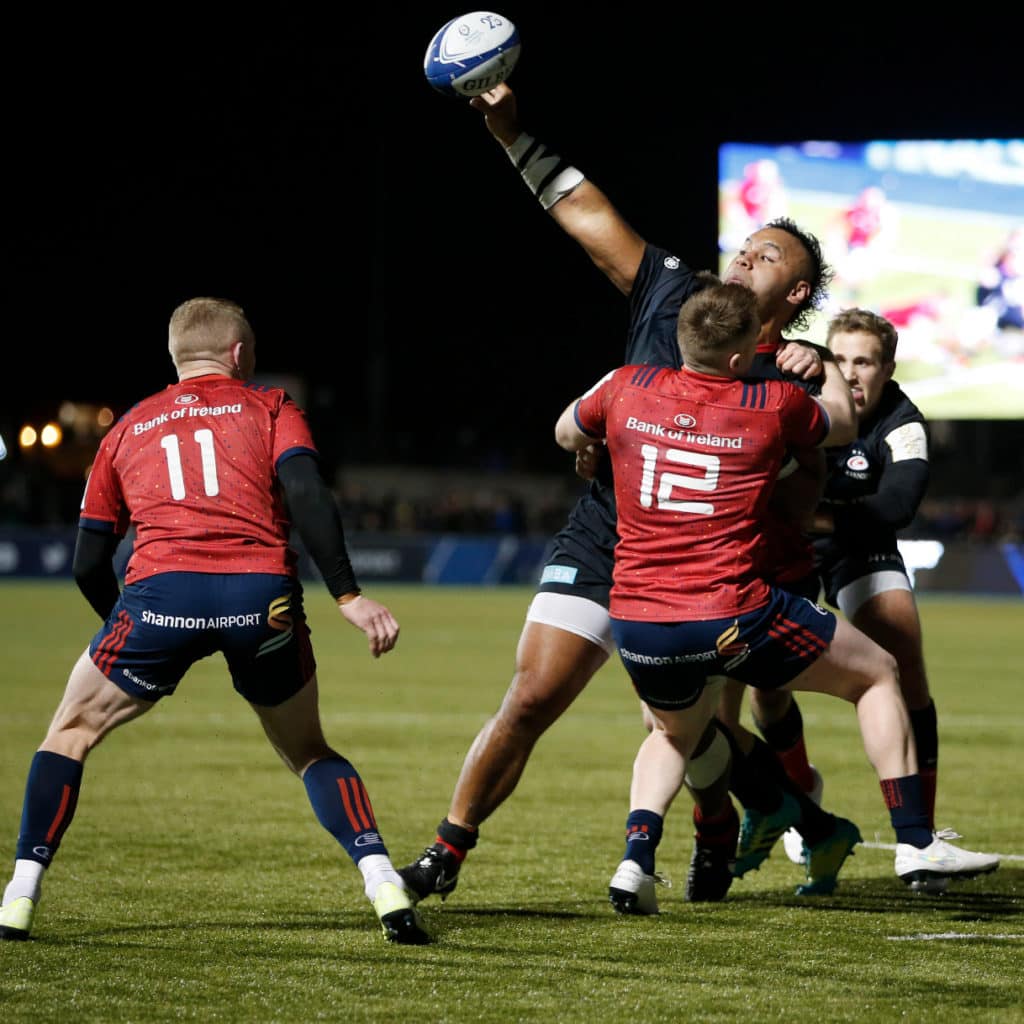 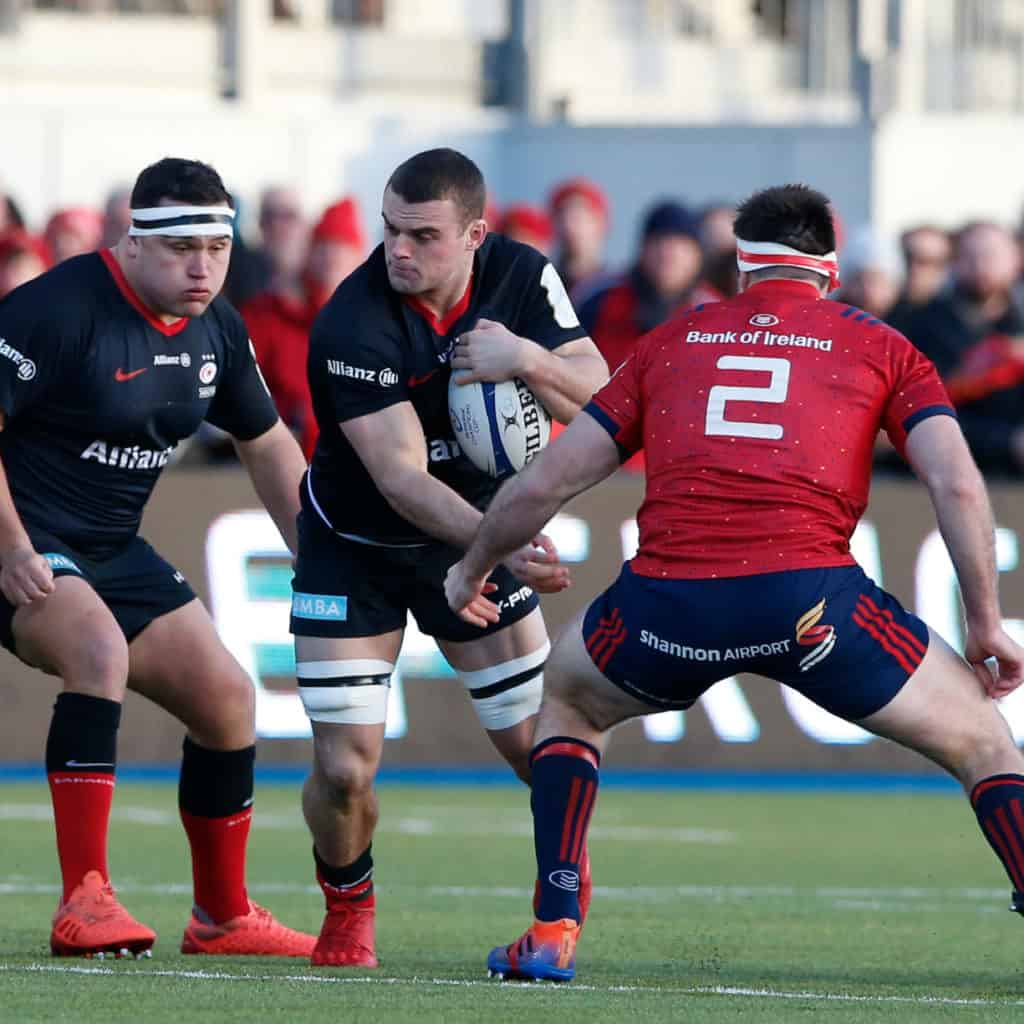 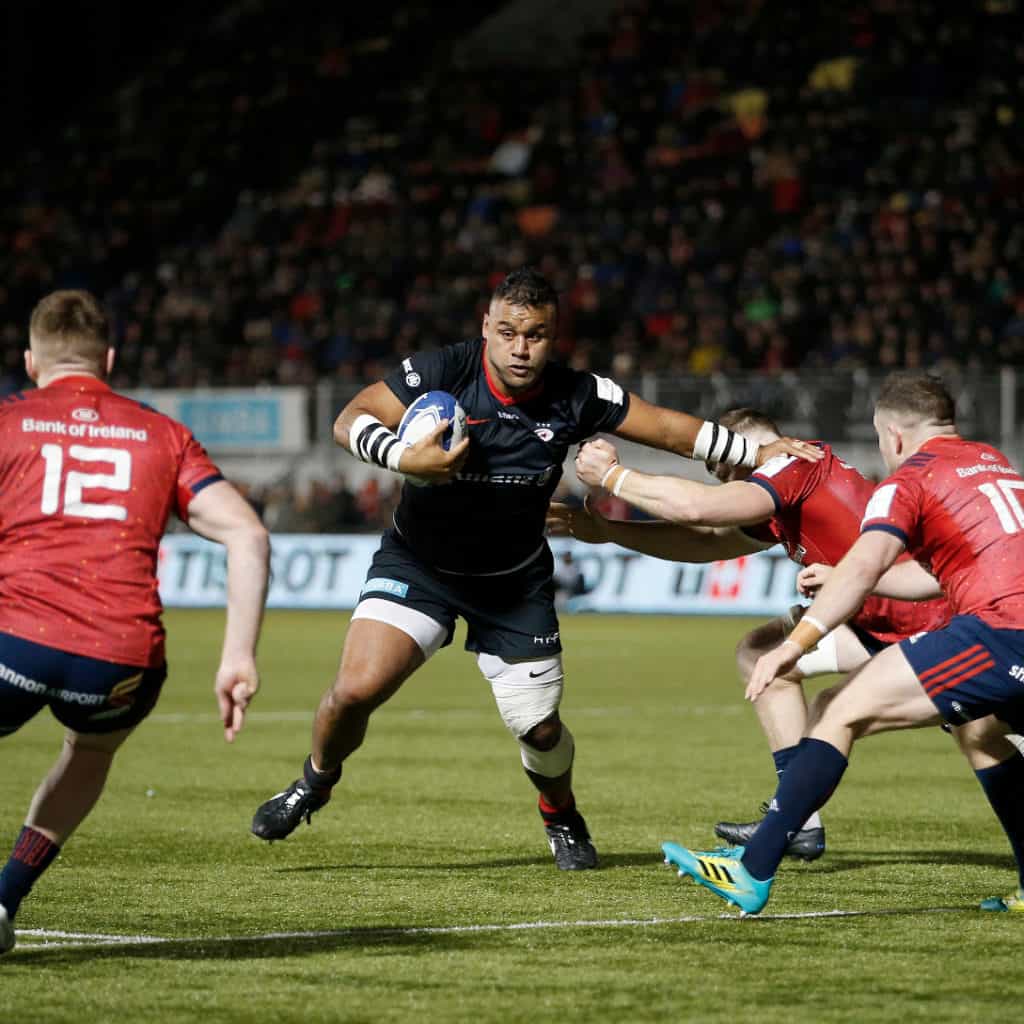