“We gave away too many penalties which gave them a foothold in the match.” – Joe Gray

Tom Whiteley got the scoreboard ticking but saw his try cancelled out by Dan du Preez.

The home scrum-half added a penalty to his conversion before Jake Cooper-Woolley bulldozed his way in for a score to put the Sharks ahead.

Winger Tom Roebuck furthered Sale’s lead and Curtis put them 12 points in front at the interval.

Replacement Alex Lewington cut the scoreline to five, however Byron McGuigan and du Preez settled the contest late on.

In the spitting rain, Sarries sat up camp in Sale’s 22 in an opening five minutes which saw second row James Phillips sin binned close to his line.

Ralph Adams-Hale thought he made the most of the hosts’ man advantage, burrowing over only to be held up but it wasn’t long after Adam Powell’s side did cross the whitewash.

On his first outing of the campaign, Alex Lozowski scampered through the Sharks’ midfield and fed skipper Whiteley on his shoulder who evaded the clutches of Hammersley before having a free run to the line.

Phillips returned to the field and with their full contingent, the visitors got off the mark. Full-back Hammersley jinked in and out of a couple of challenges and popped up to du Preez for an easy score.

Both conversions were successful and Whiteley added a further three after good work on the deck from Rotimi Segun.

Sharks fly-half Curtis turned down a kickable penalty at the sticks to level matters again and it proved to be the right decision as two phases after kicking to the touch, Cooper-Woolley bounced his way into the corner.

Two tries became three moments later as Roebuck pounced on a mistake in the Saracens ranks to scoot home.

Saracens came unstuck in their attempts to dent Sale’s defensive line like Lozowski previously in the first period and headed into break 12 points adrift due Curtis’ second strike on the half-time whistle.

Lozowski did carve the Sharks open early in the second half, distributing wide but Joe Gray couldn’t squeeze over the whitewash.

The Men in Black did manage to get themselves on the scoresheet for a second time and it was Lozowski again producing the magic. The centre cantered north, dummied and lifted the ball high enough for Lewington to crash on to for five points.

But in the closing stages McGuigan and du Preez dotted down to earn Sale their first ever win at Allianz Park. 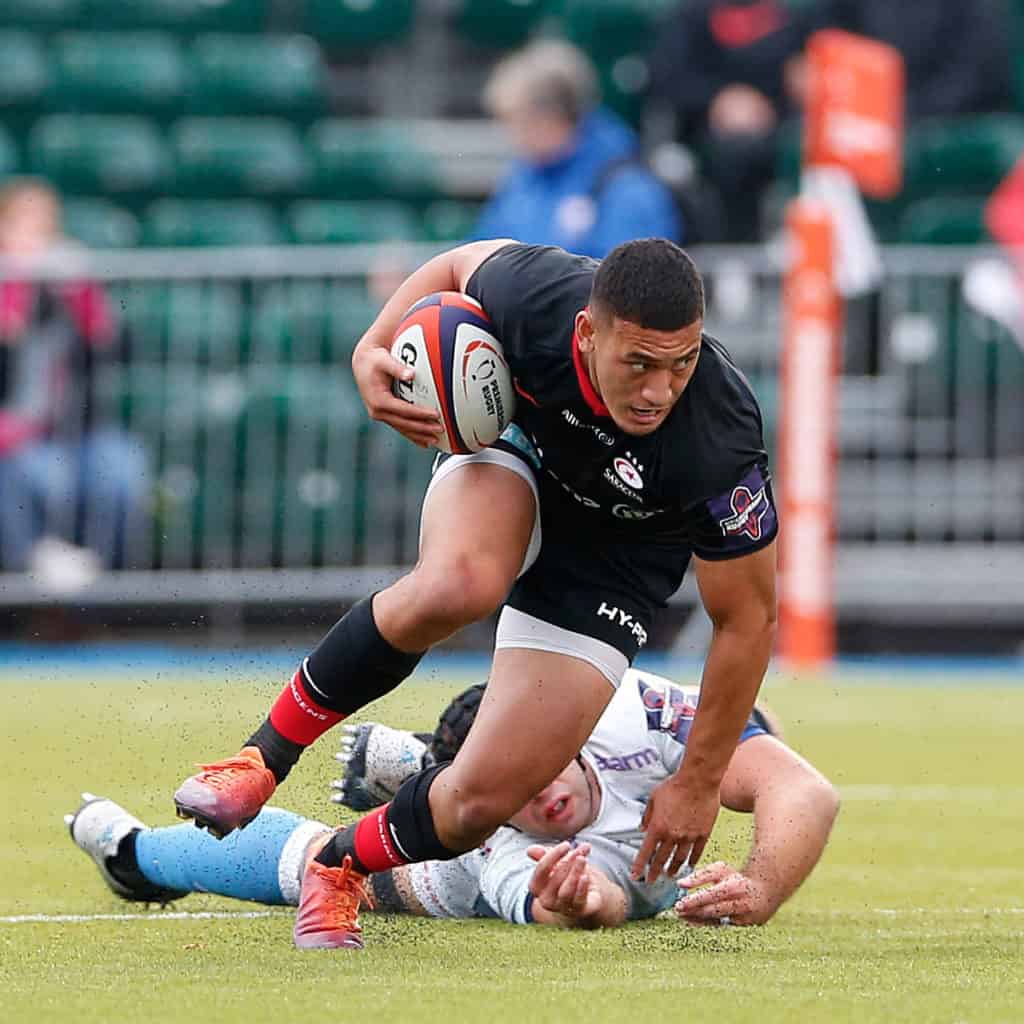 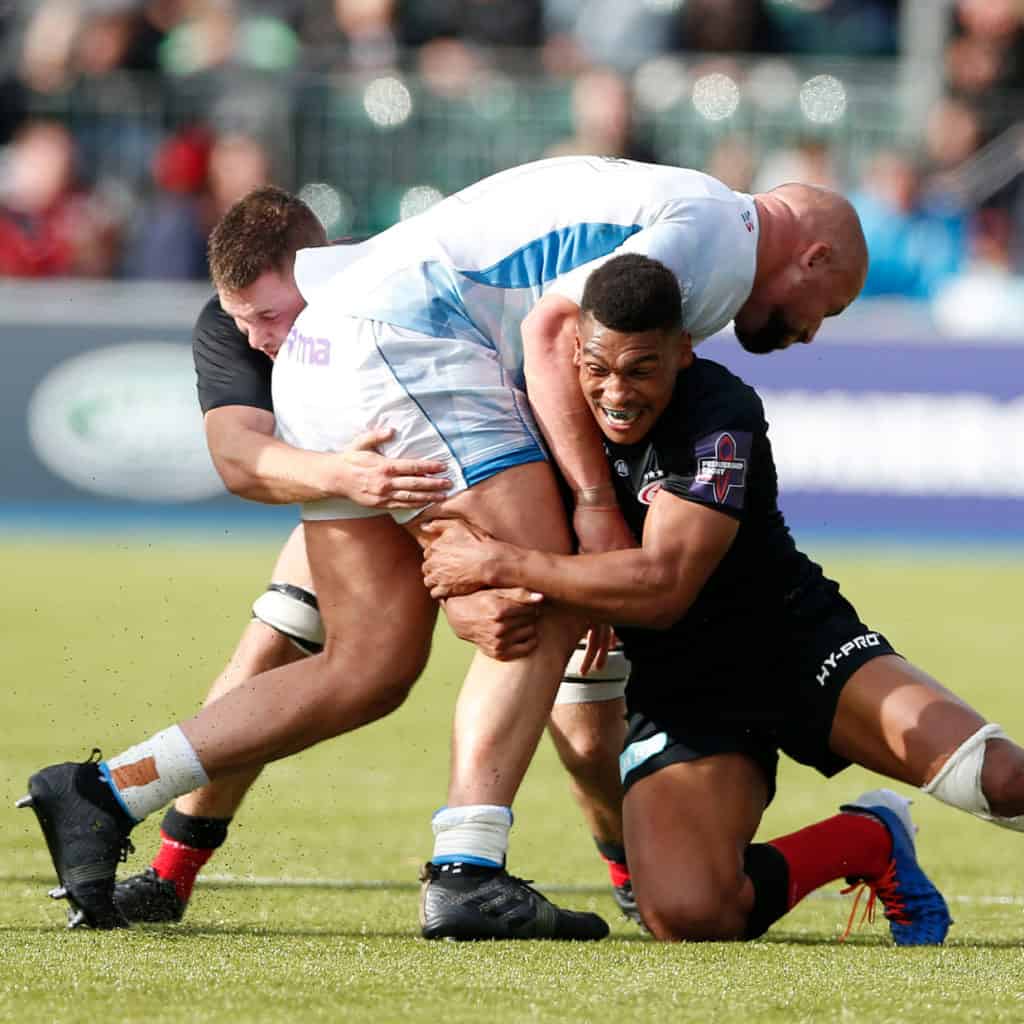 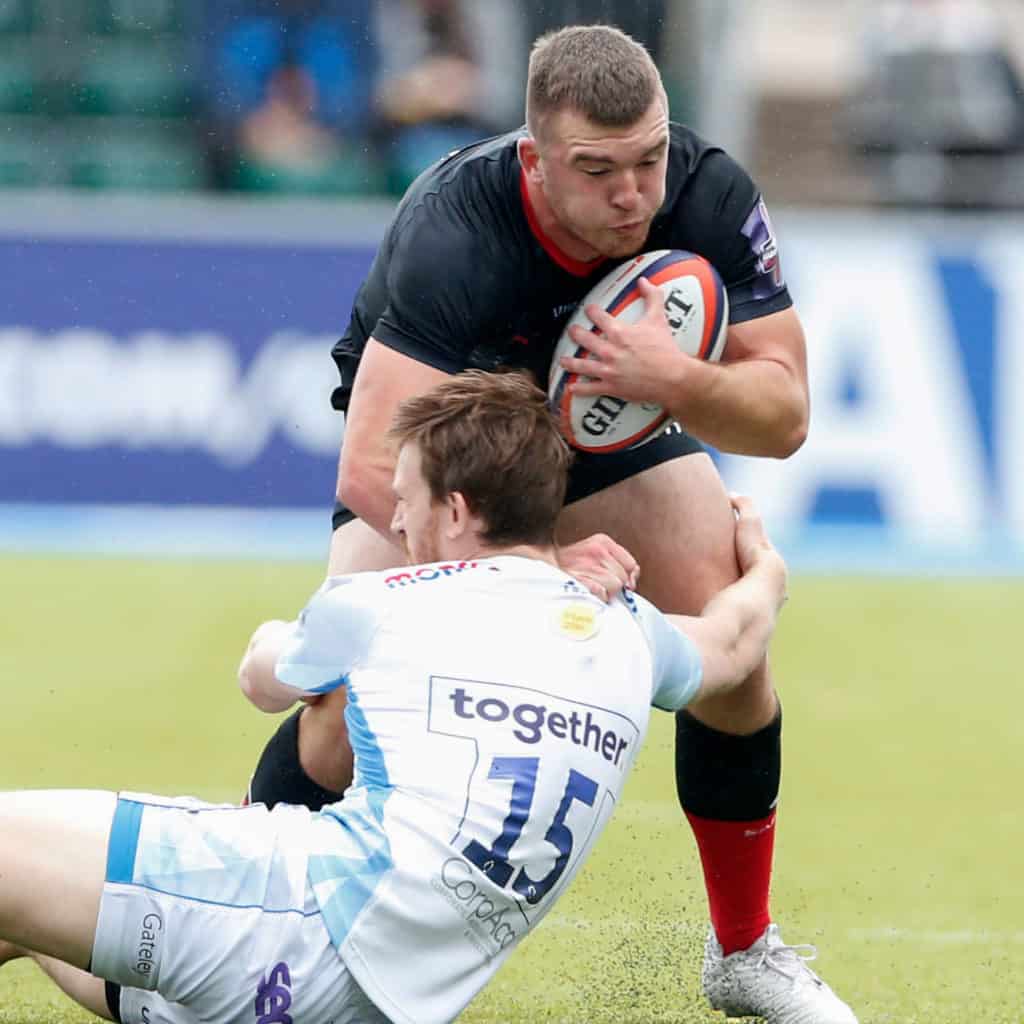 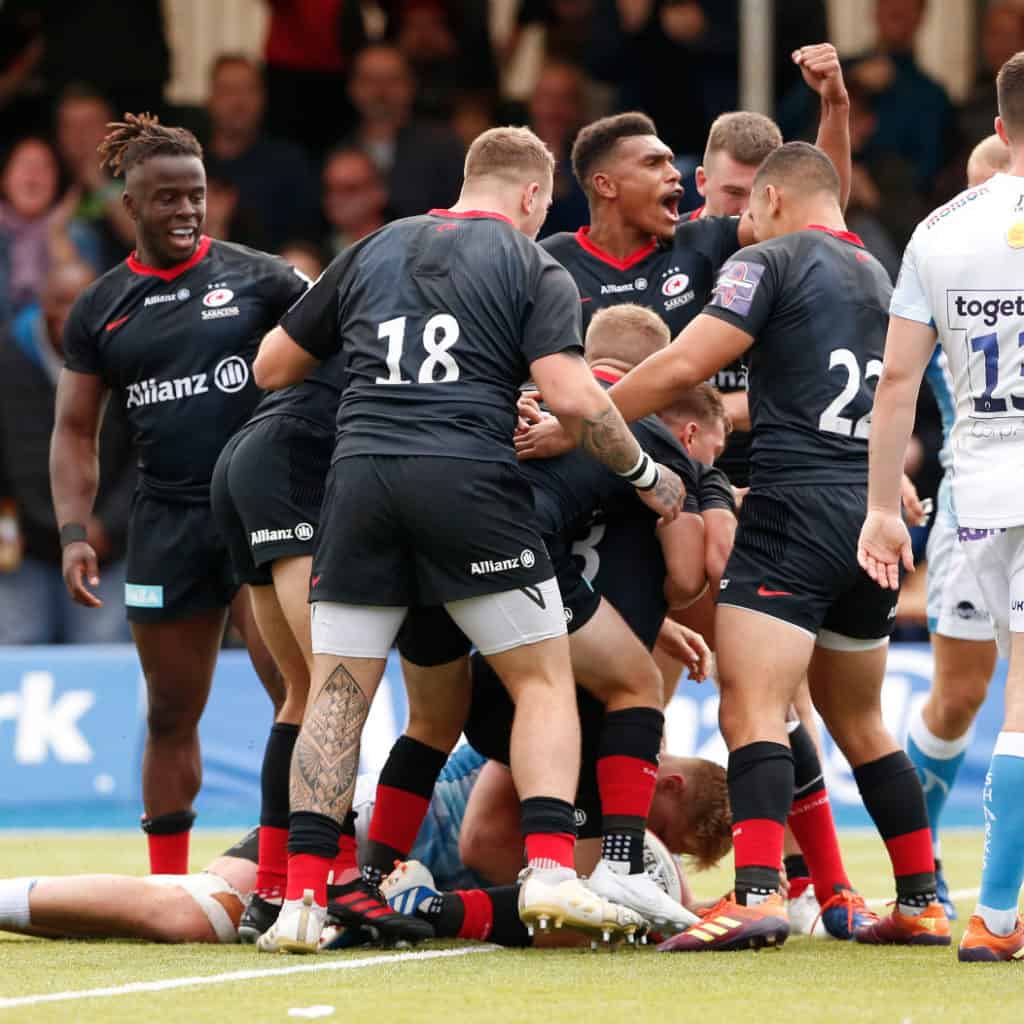 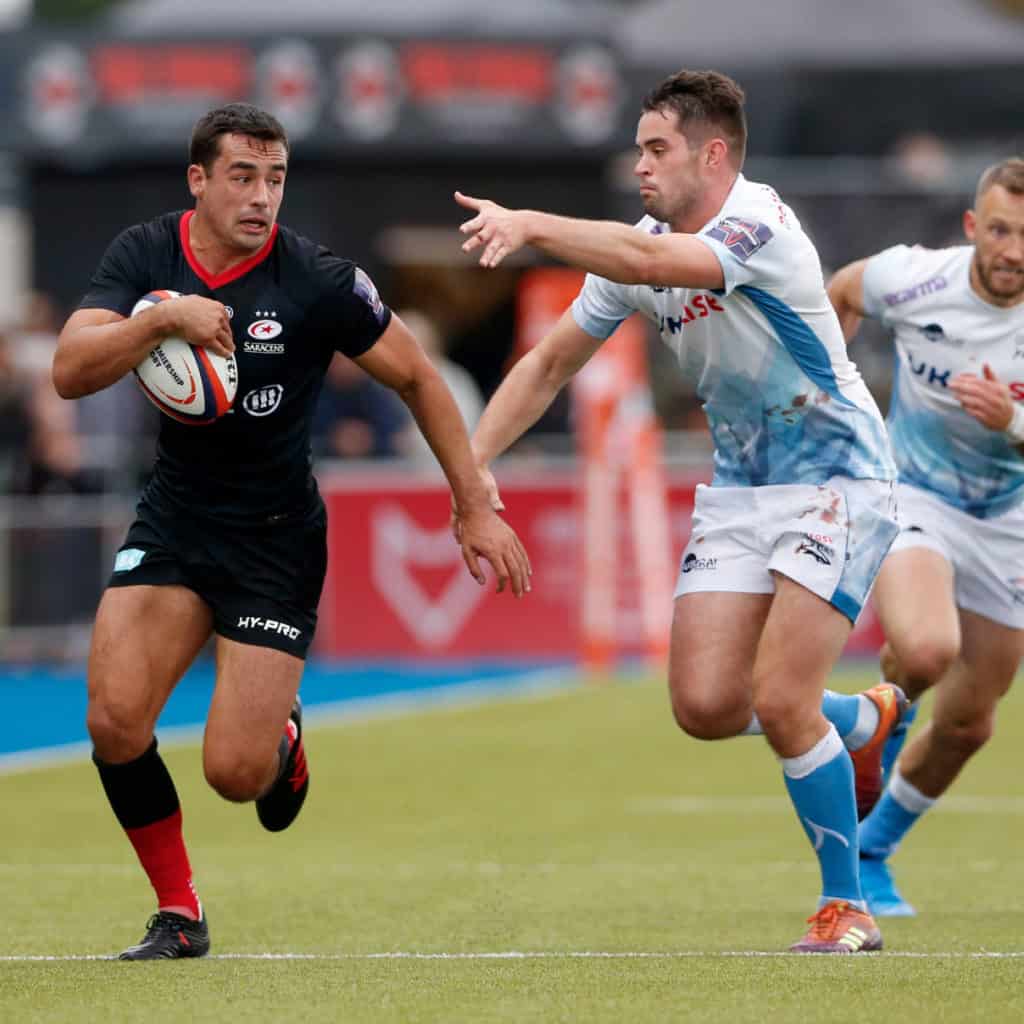 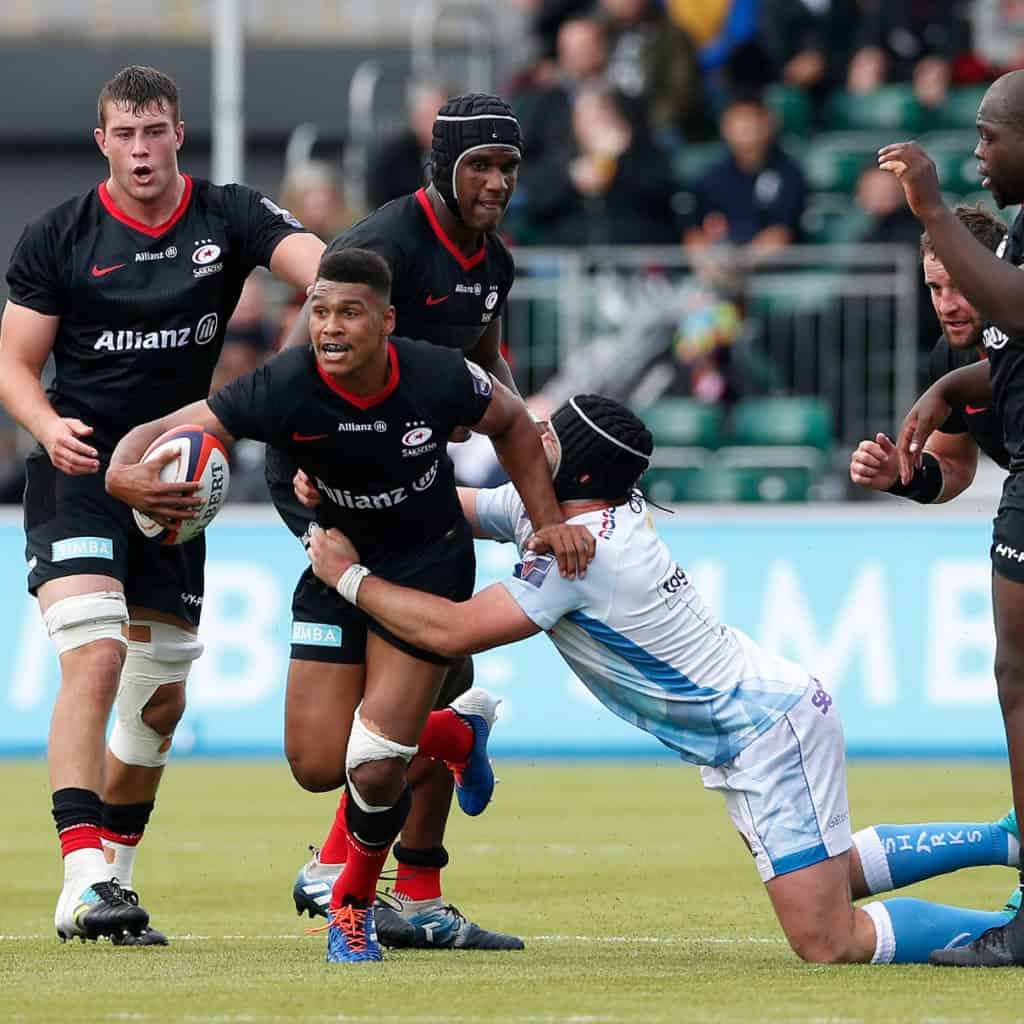 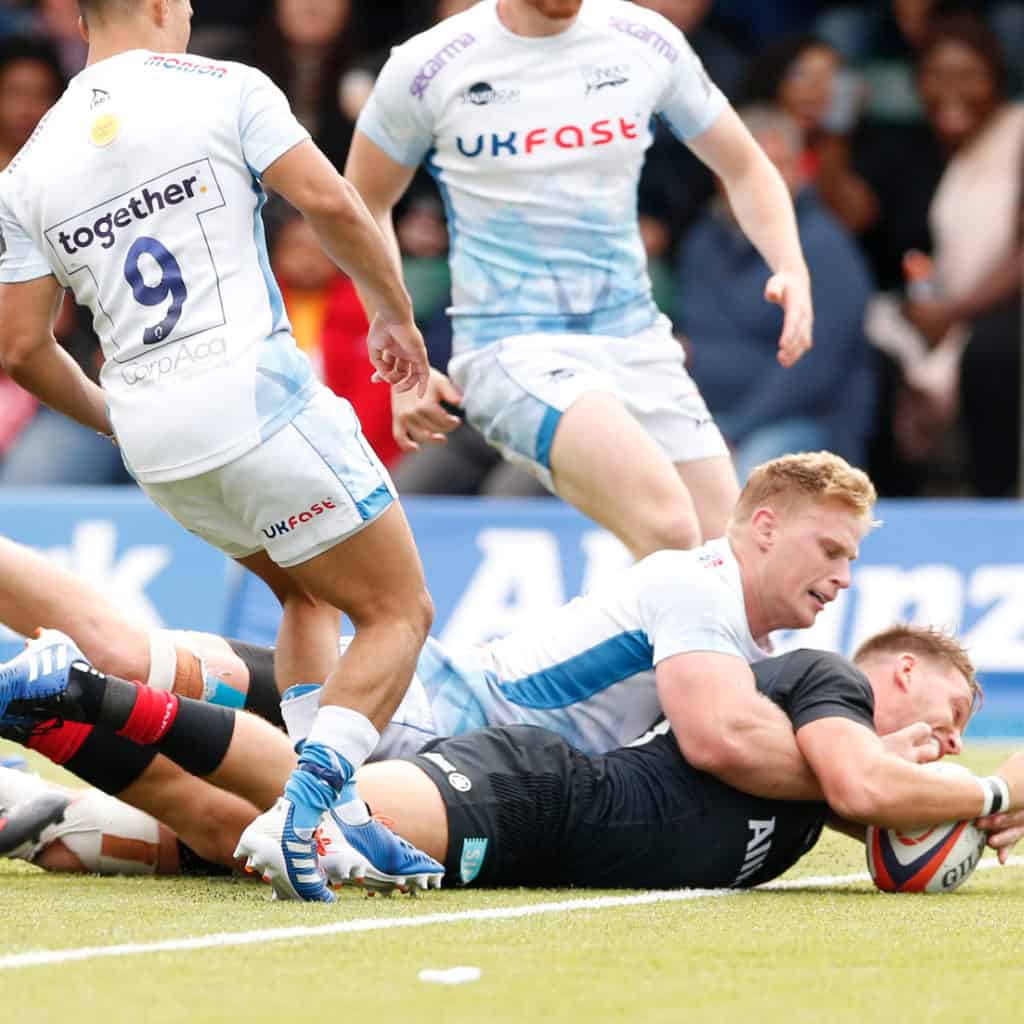 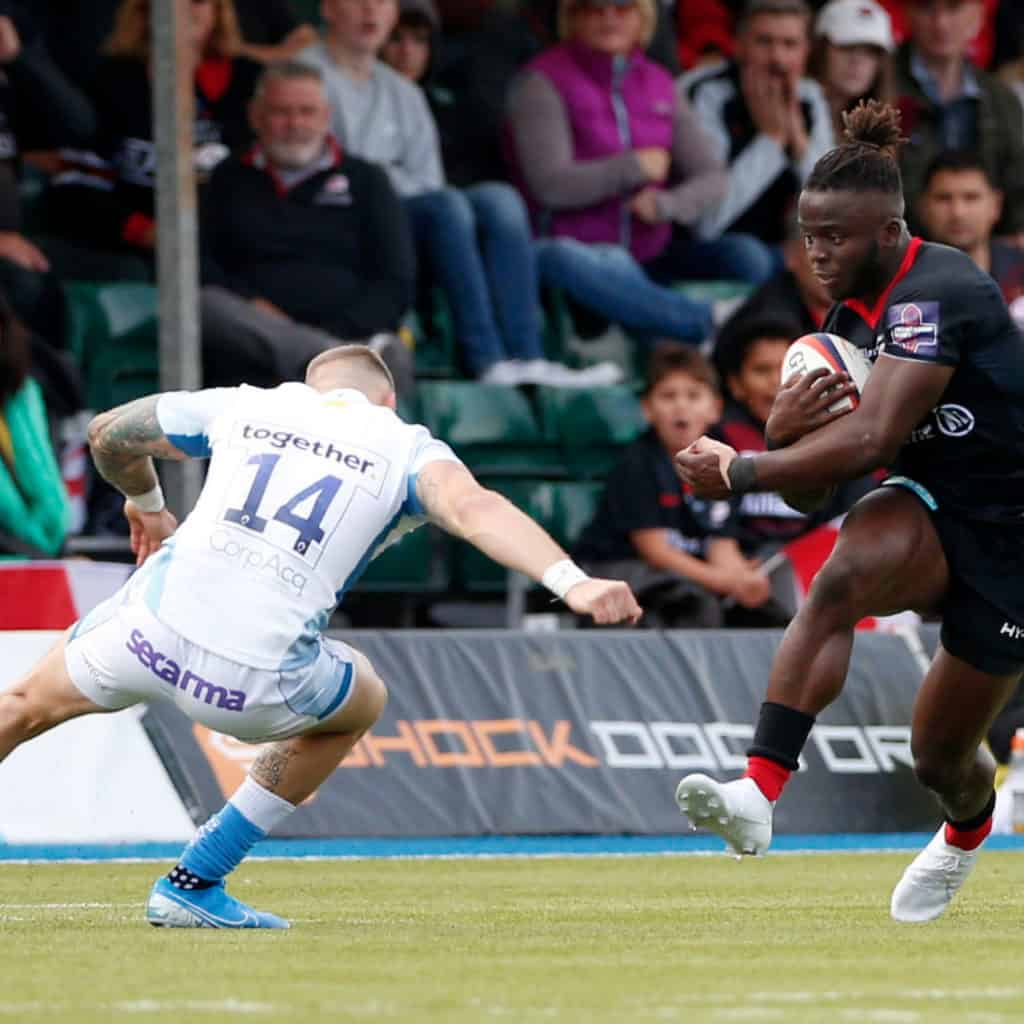 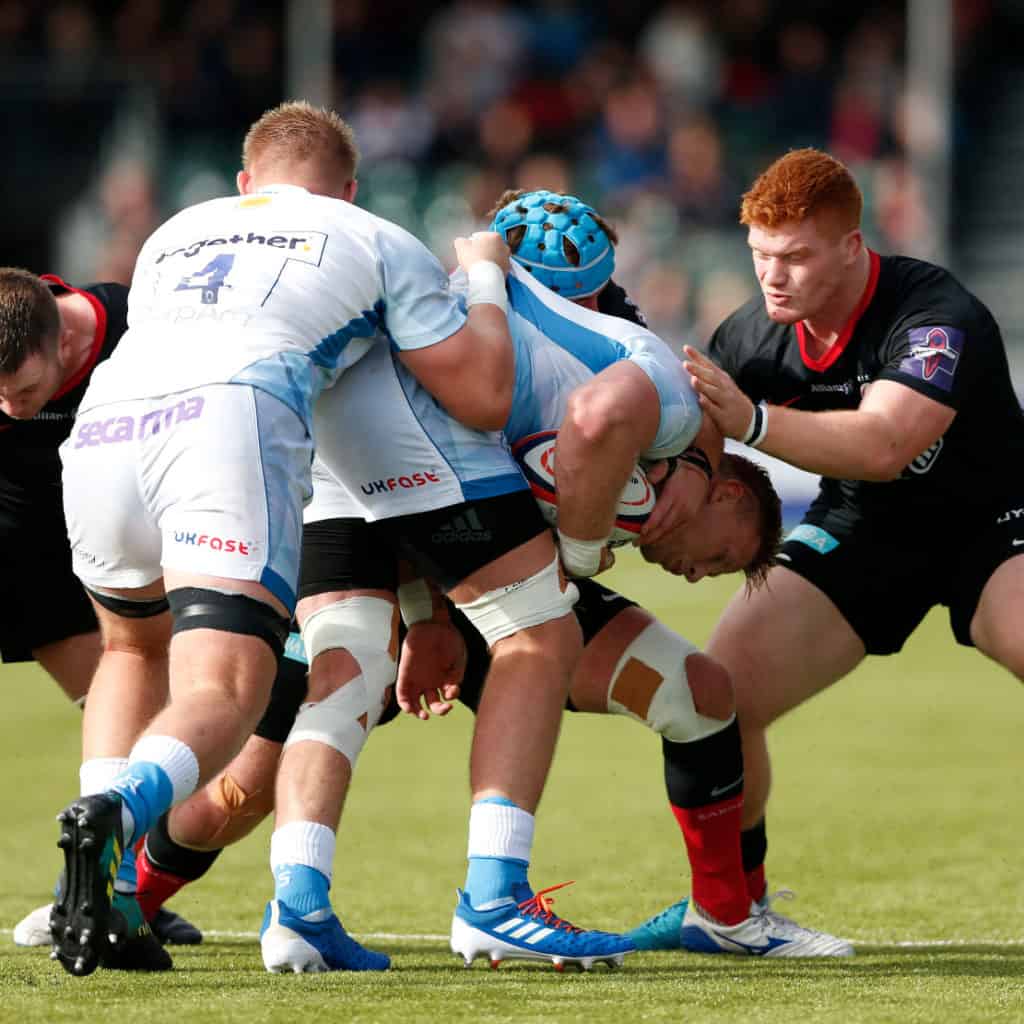 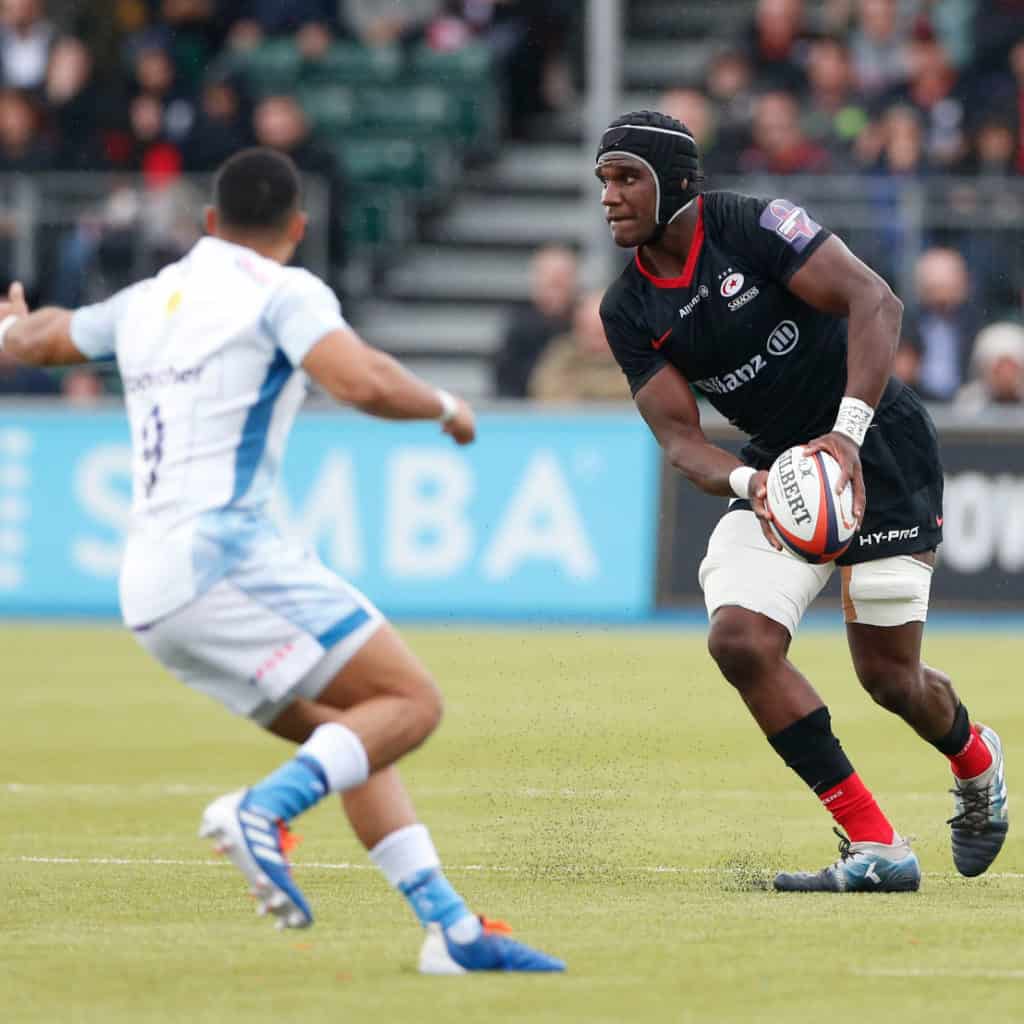