Second half we were just a bit more clinical, got more confident and played closer to our potential.

Saracens Men produced a scintillating surge of second-half tries to break down a bullish Leicester Tigers and come from behind to secure the victory at Allianz Park.

Alex Lewington scored a try in each half with Dom Morris also crossing for The Men In Black, who found themselves 13-7 behind early in the second half after a Ben White effort.

After a disjointed opening ten minutes Sarries flexed their muscles when Mako Vunipola and Joel Kpoku both carried hard to get the hosts to within five metres.

But an unfortunate knock-on from Tom Woolstencroft marked the end of that promising attack, which really summed up the opening exchanges.

The opening try though was a beauty from the hosts as Lewington finished off a brilliant first-phase attack that had the crowd on their feet.

Nick Isiekwe rose majestically to take the line-out before the backs went to work with Manu Vunipola eventually putting Lewington into a gap to score from 20 metres out.

Leicester threatened with a set-play move of their own on 22 minutes as White and Jonah Holmes combined but referee JP Doyle brought it back for a forward pass.

Sarries were penalised at scrum time a few minutes later allowing replacement fly-half Tom Hardwick – on early for the injured Johnny McPhillips – to get the Tigers’ first points.

Tigers’ Will Spencer then burst through a tackle to get the visitors to within a few metres, Sarries were penalised for being offside and Hardwick kicked another three points to narrow the gap to 7-6 at the break.

The Tigers got the first score of the second-half to take the lead for the first time as Joe Batley exploited a hole in the Sarries defence around the ruck before putting White in for a simple score.

Sarries mustered a response though through a Vunipola penalty to get within three points and then had a man advantage after Telusa Veainu was shown yellow for a deliberate knock-on.

The hosts duly capitalised on the hour mark when quick ball from Ben Spencer paved the way for Morris to cut back inside through a gaping hole to score.

And with their tails up it was Sarries again with the territory and possession who struck next through Lewington – Jack Singleton and Isiekwe with good hands to draw their defenders before the wing dove over in the corner.

Ali Crossdale thought he had added a fourth score and sealed the bonus point just before the end but Spencer had agonisingly knocked the bouncing ball on with his finger. 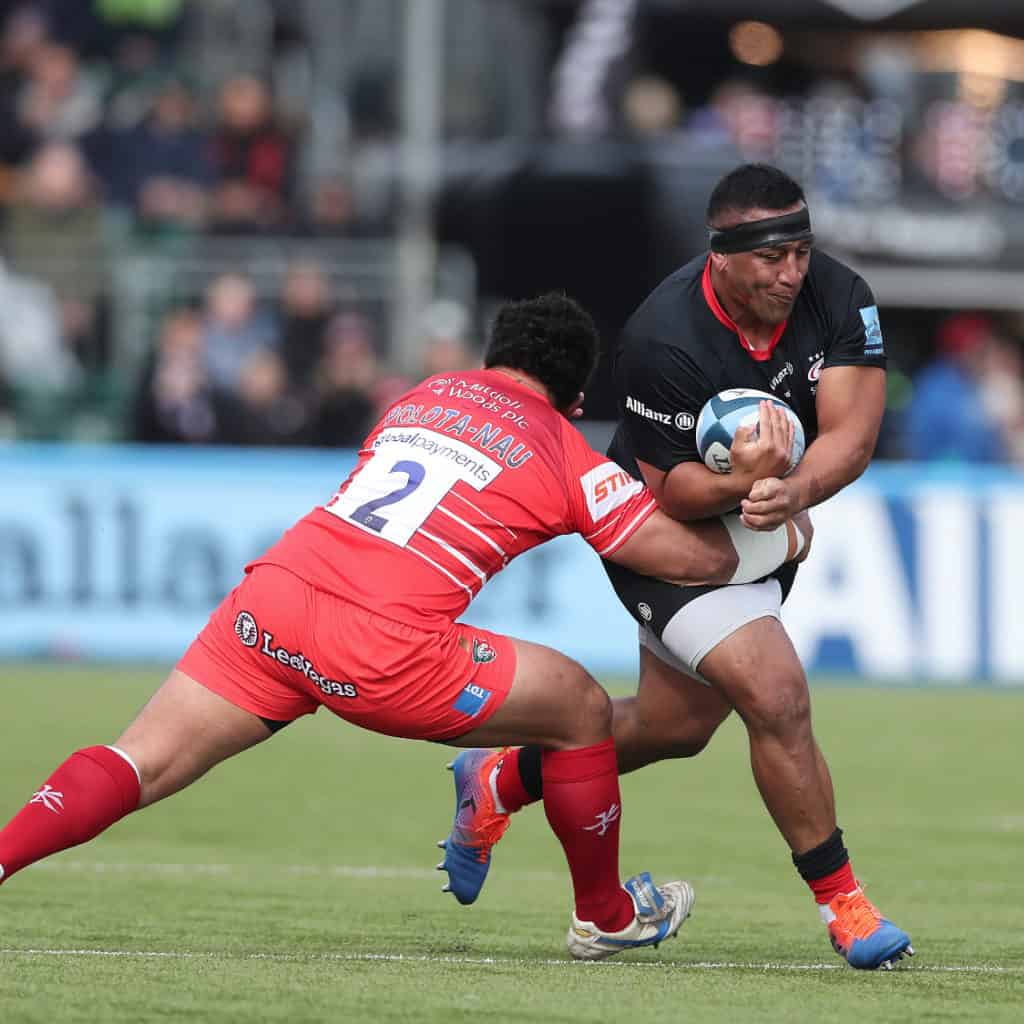 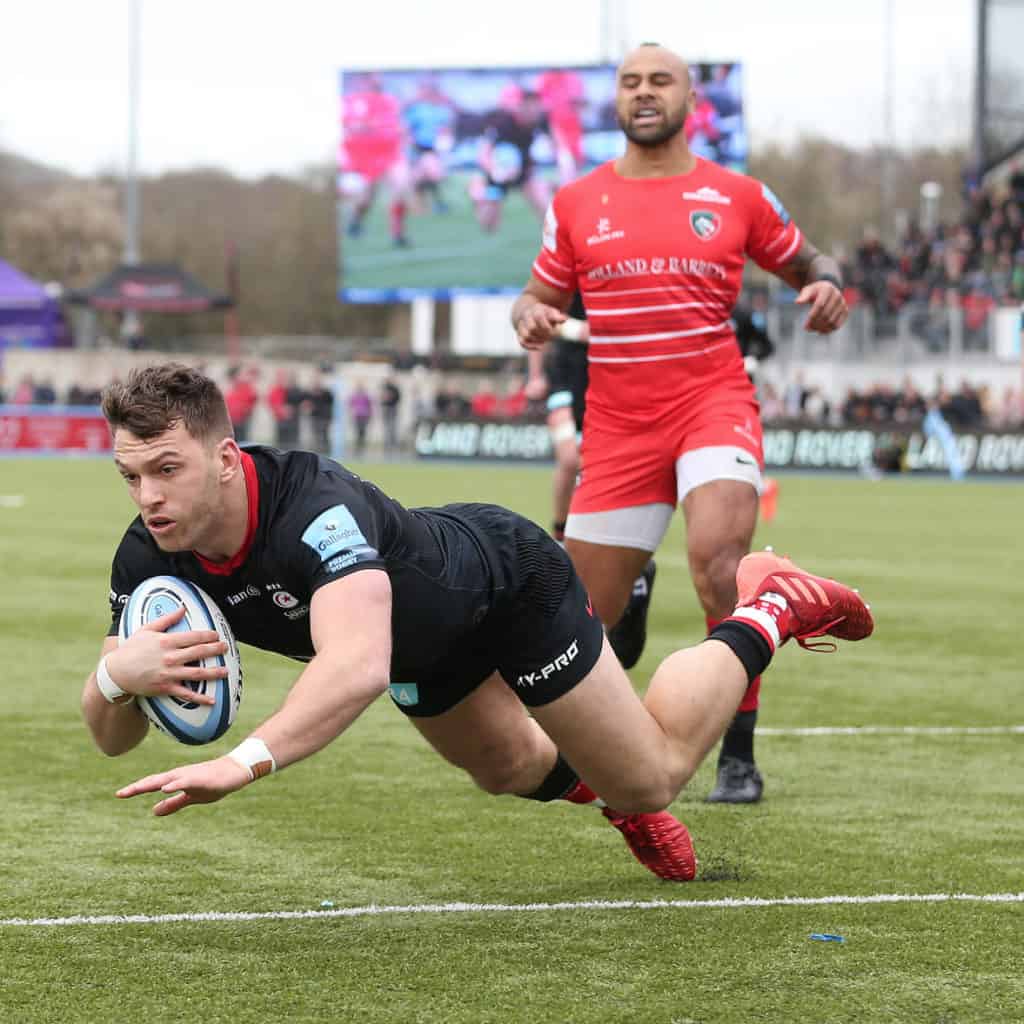 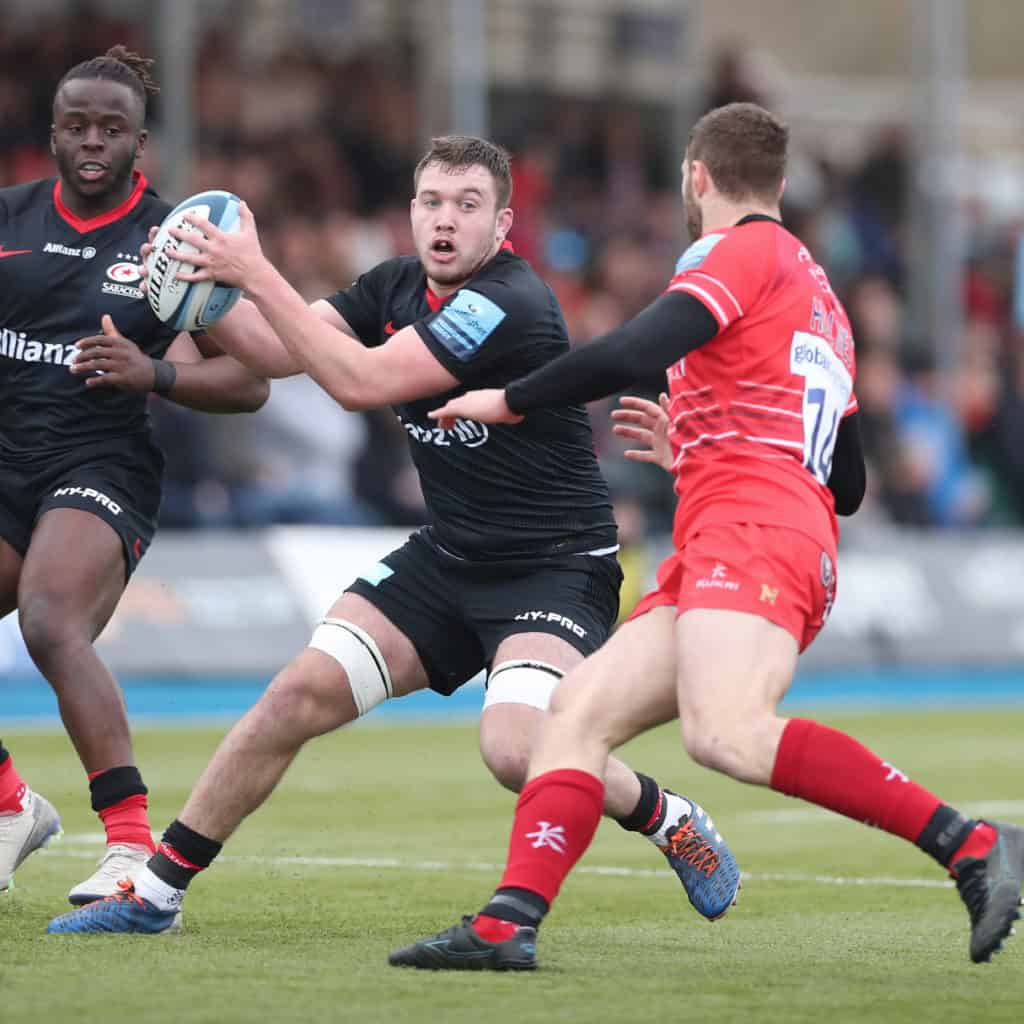 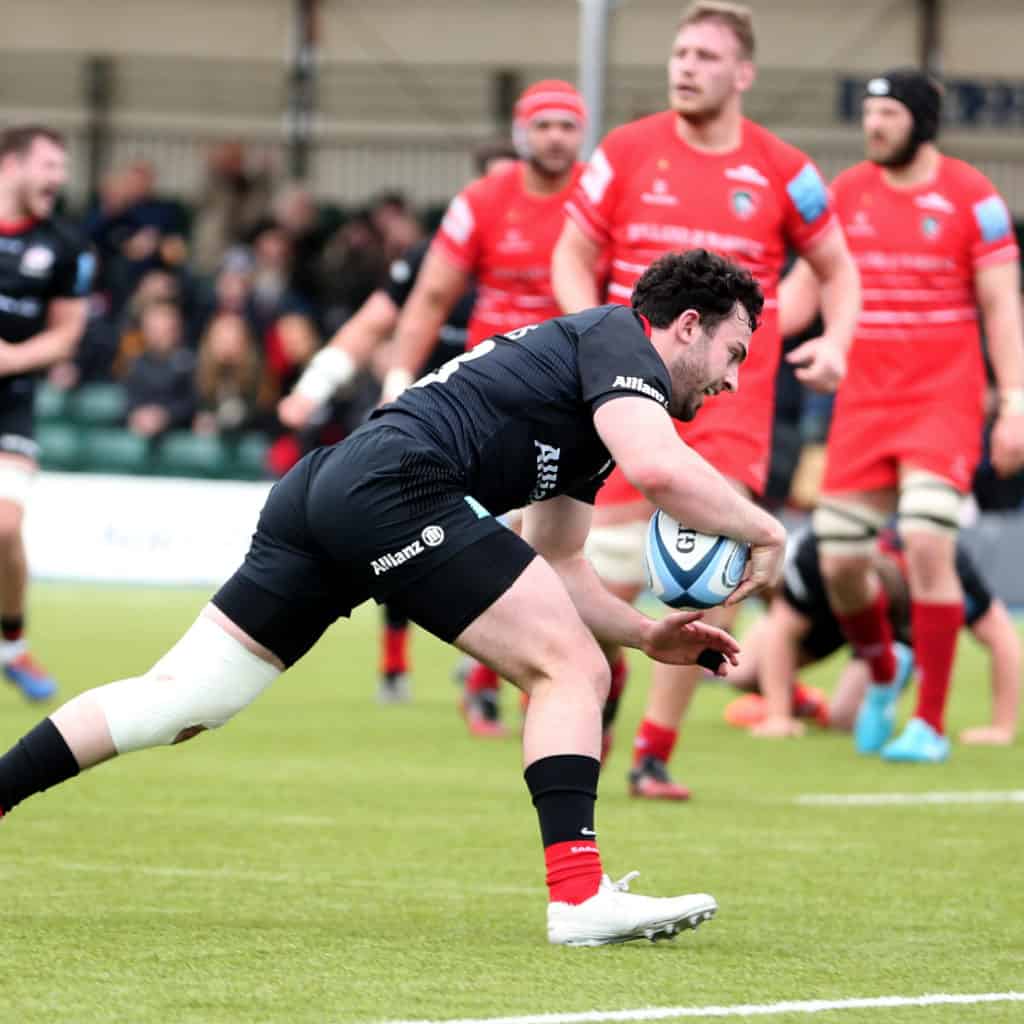 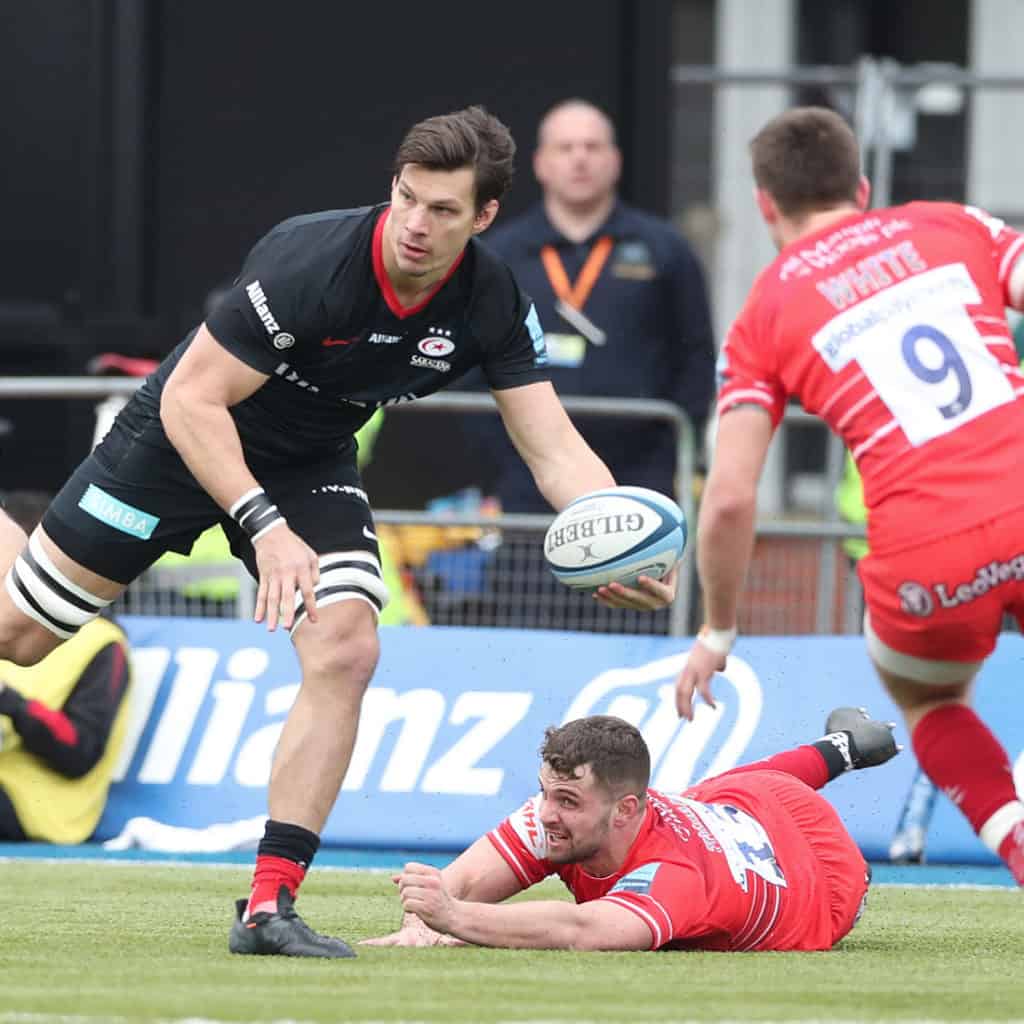 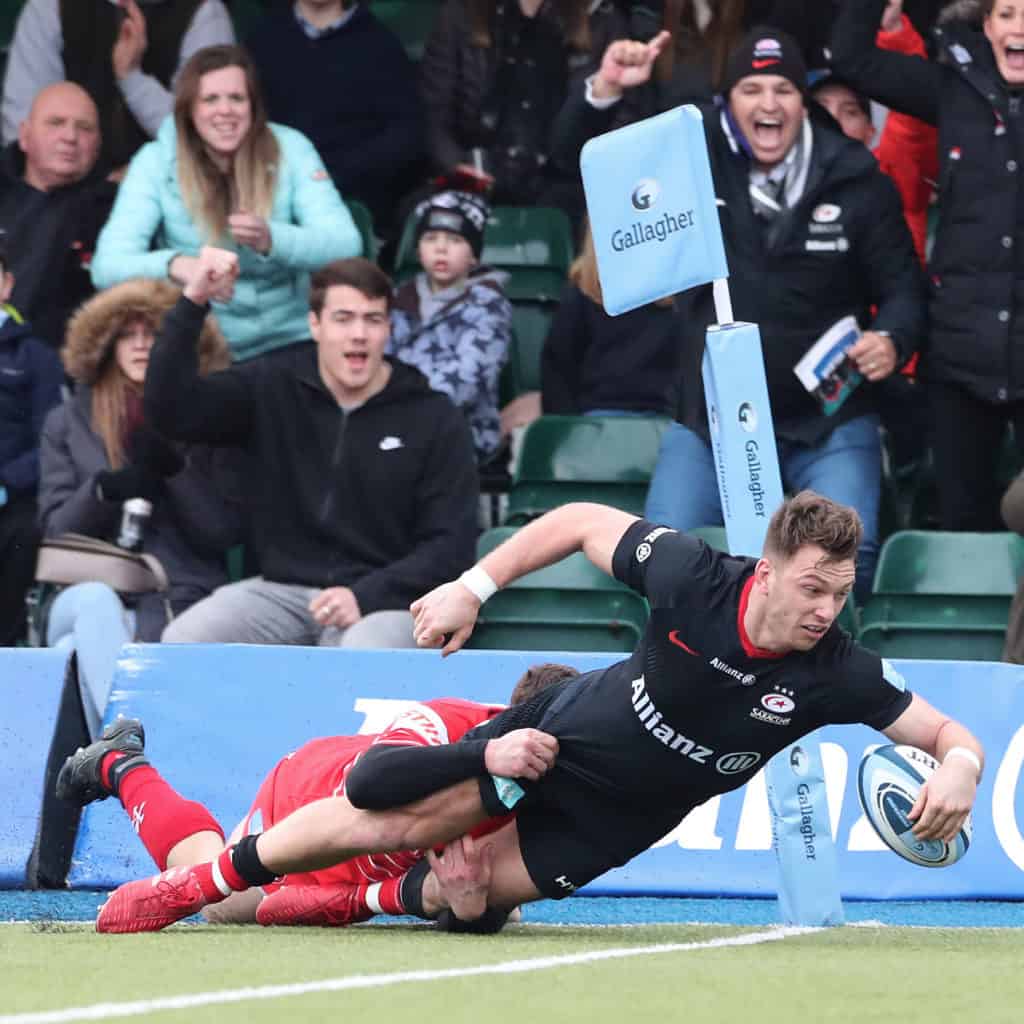