“The effort was there from the boys, it was just a few bits of execution (that let us down) but we’ll sort it for next week and go again.” – Rotimi Segun

A late Northampton Saints penalty saw Saracens end up the wrong side of a topsy turvy affair in the opening round of the Gallagher Premiership season.

Fly-half James Grayson nudged from the tee to earn the visitors a 27-25 victory – their first triumph at Allianz Park in three years.

The lead switched six times in the contest with Ben Spencer’s boot and a Matt Gallagher try getting the points for Sarries while David Ribbans, Rory Hutchinson and Henry Taylor crossed the whitewash to add to 12 Grayson points.

It took Saracens just three minutes to get off the mark when Spencer dissected the posts and he added a second tee-shot before Saints responded with the game’s first try.

Taqele Naiyaravoro bulldozed the away side on to the front foot and on his 50thclub appearance, Ribbans stretched over a host of bodies to dot down.

Their lead was short-lived as another Spencer kick swung the scoreline back in the Londoners favour and that advantage was stretched when Ben Earl powered through a gap and sent Gallagher on a trot to the line.

Clever footwork from Hutchinson saw the Scotland international dance home and then came the score of the match to send Northampton into half-time ahead.

Saracens were on the gain-line but were stripped of possession and when Tom Collins gathered Grayson’s punt with no one at home, he fed former Sarrie Taylor who finished for the second time in as many matches against his old team.

Full-back George Furbank had a try disallowed for a forward pass in the second period before Grayson and Spencer exchanged penalties and the latter added another to edge Mark McCall’s men to 25-24 up. 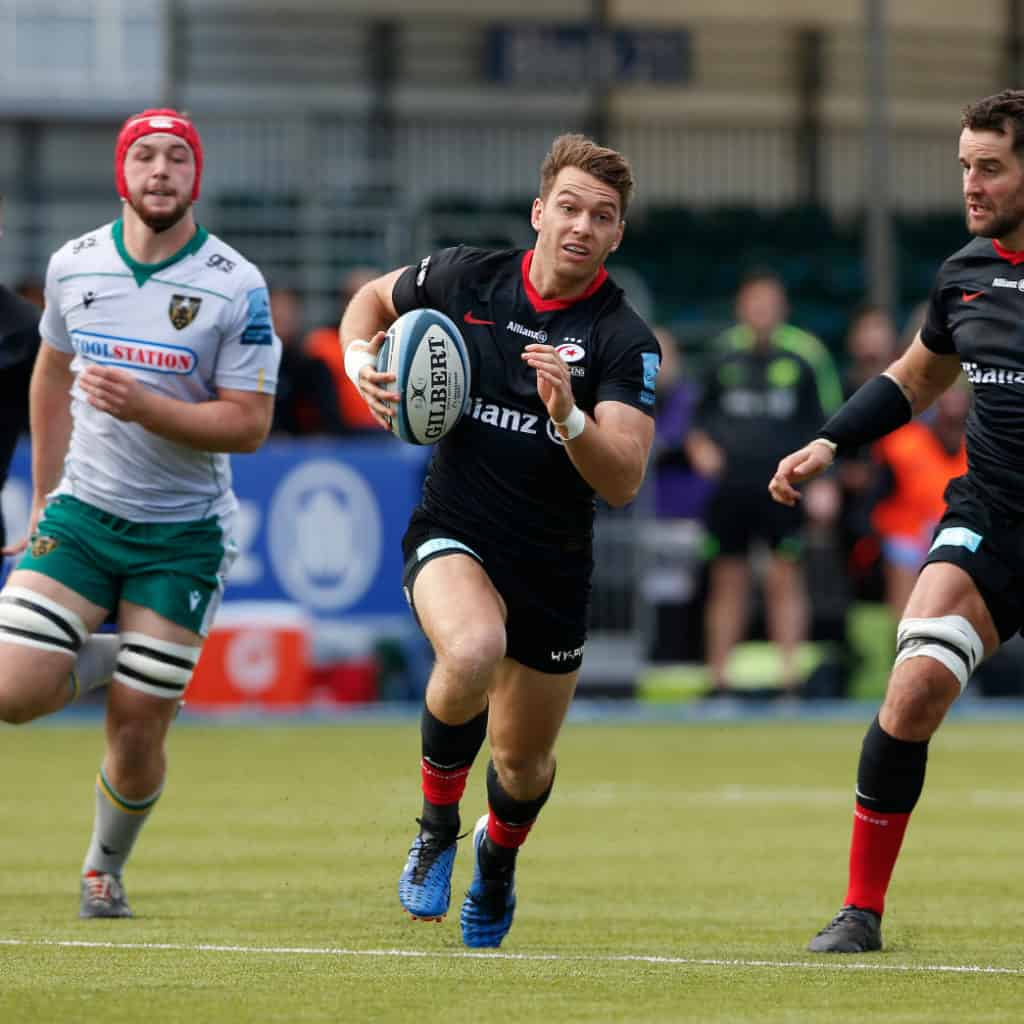 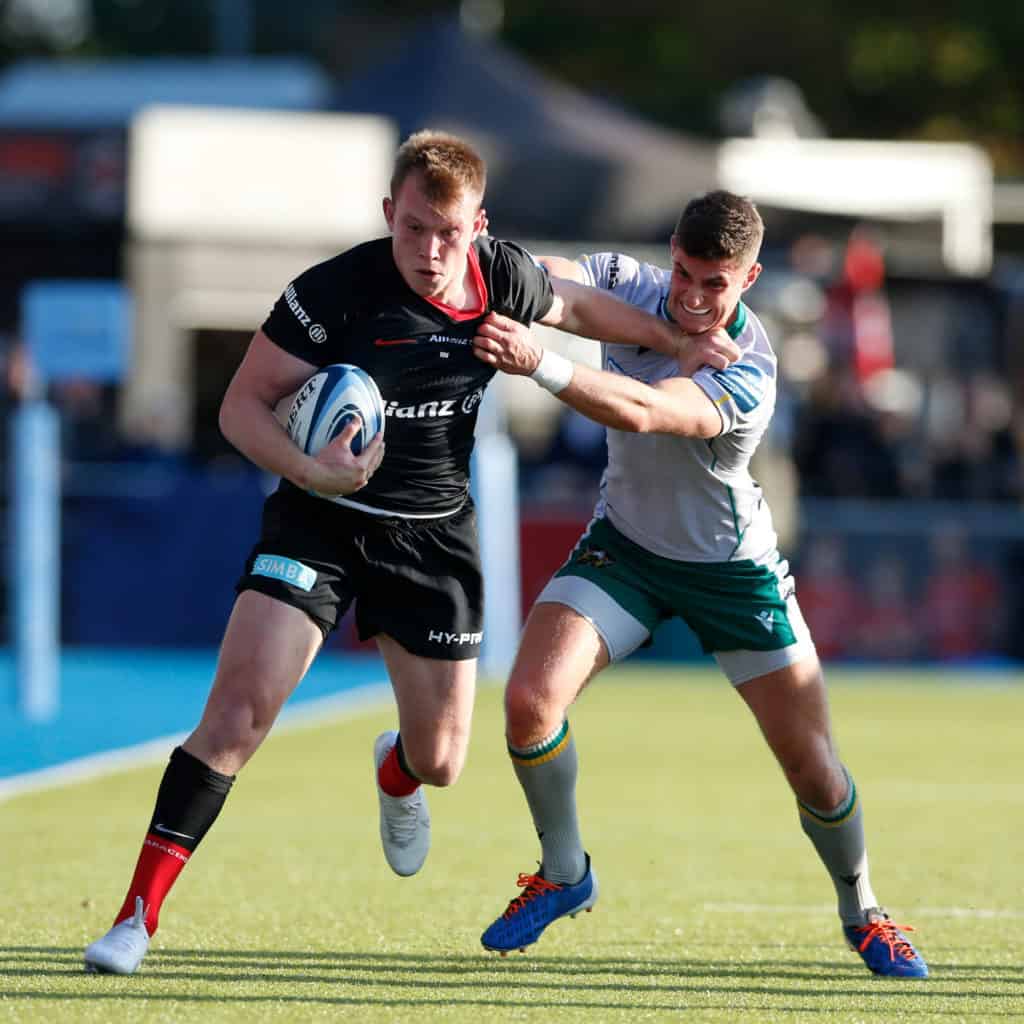 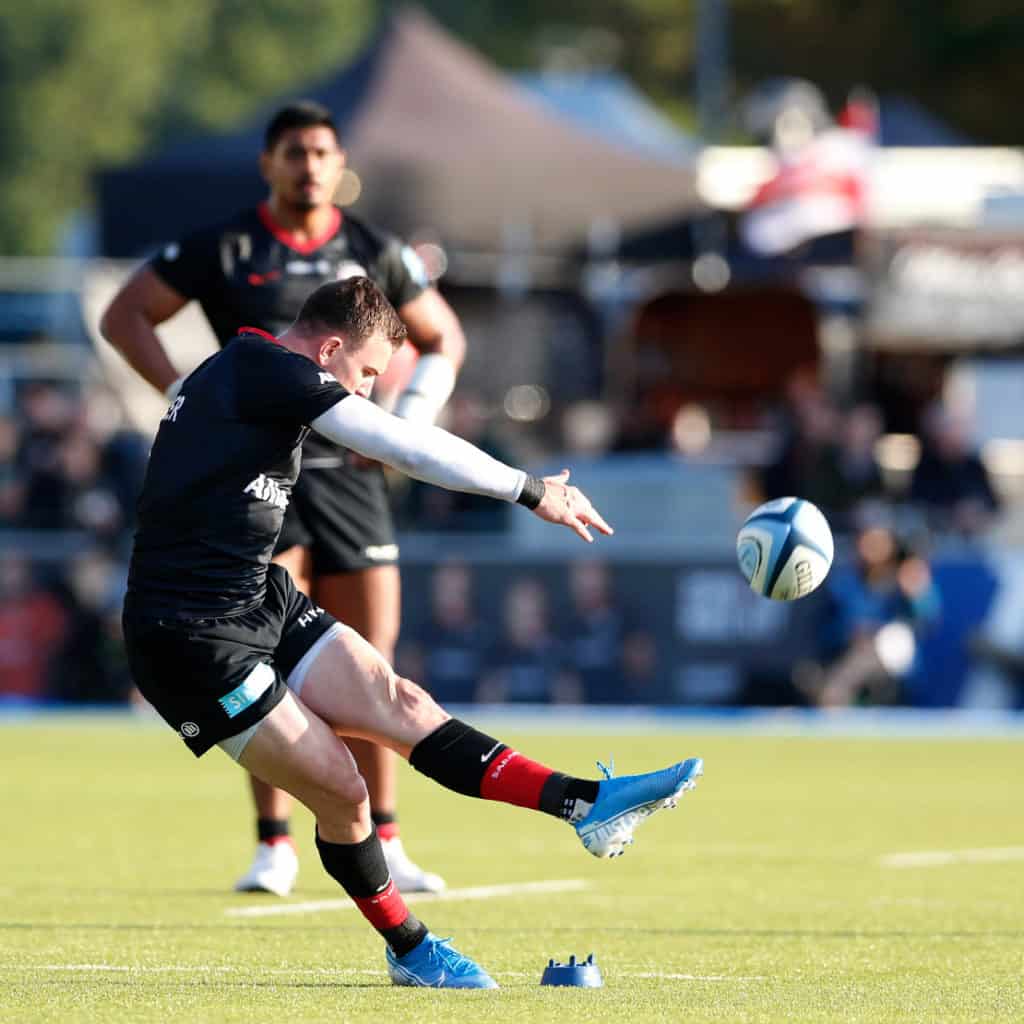 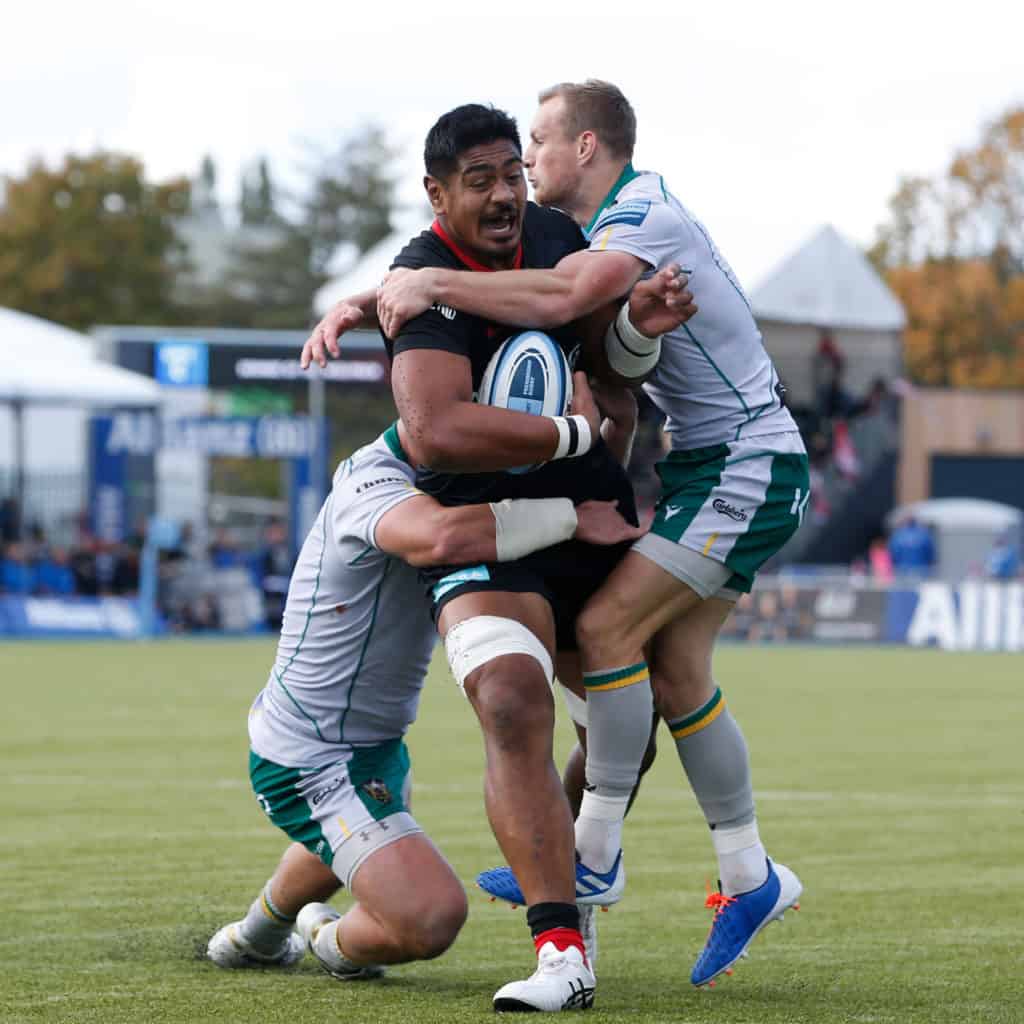 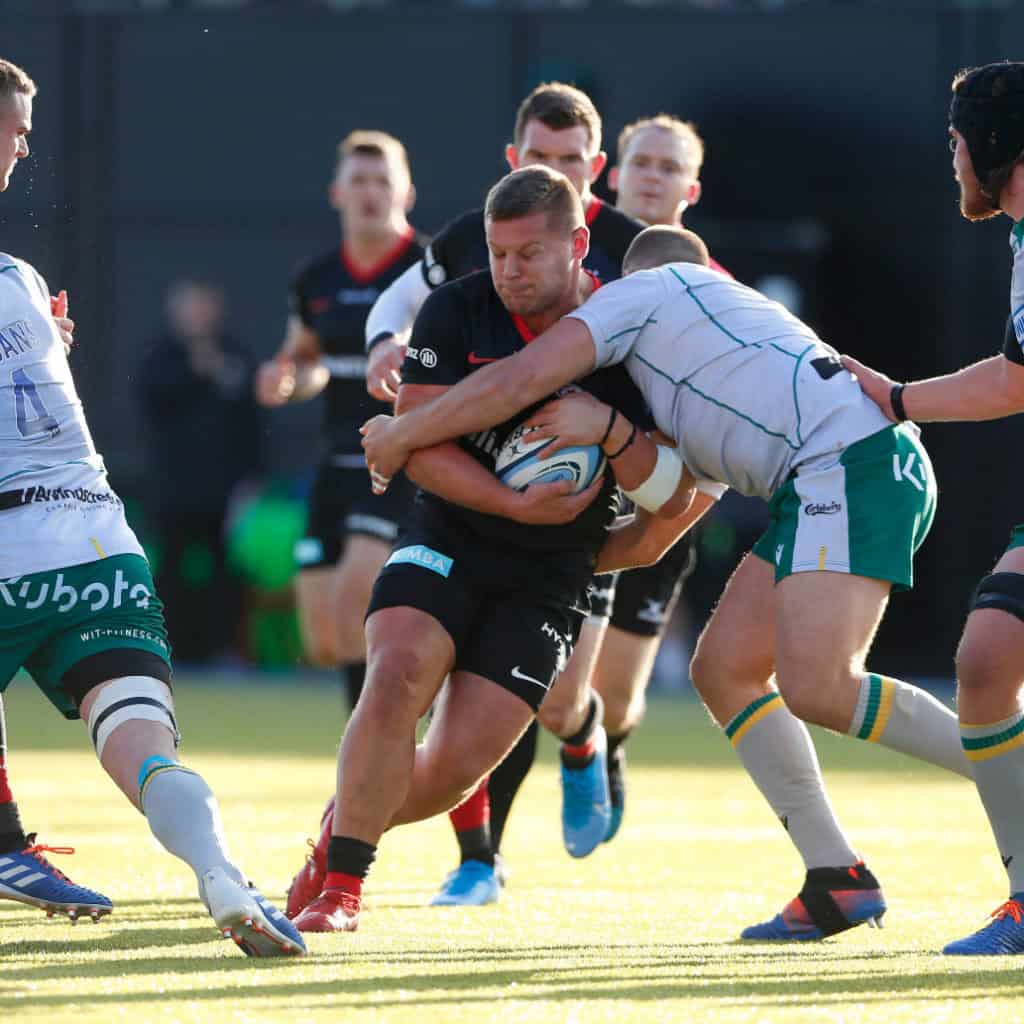 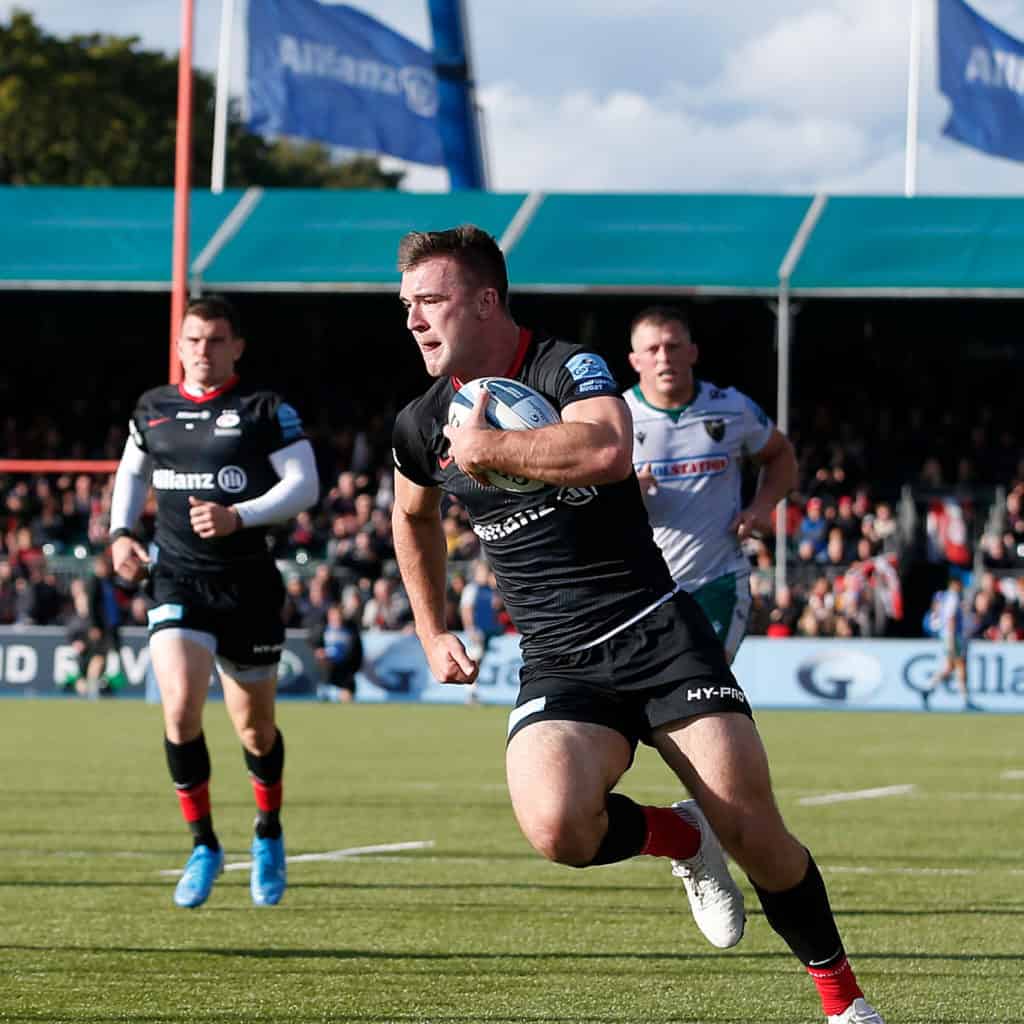 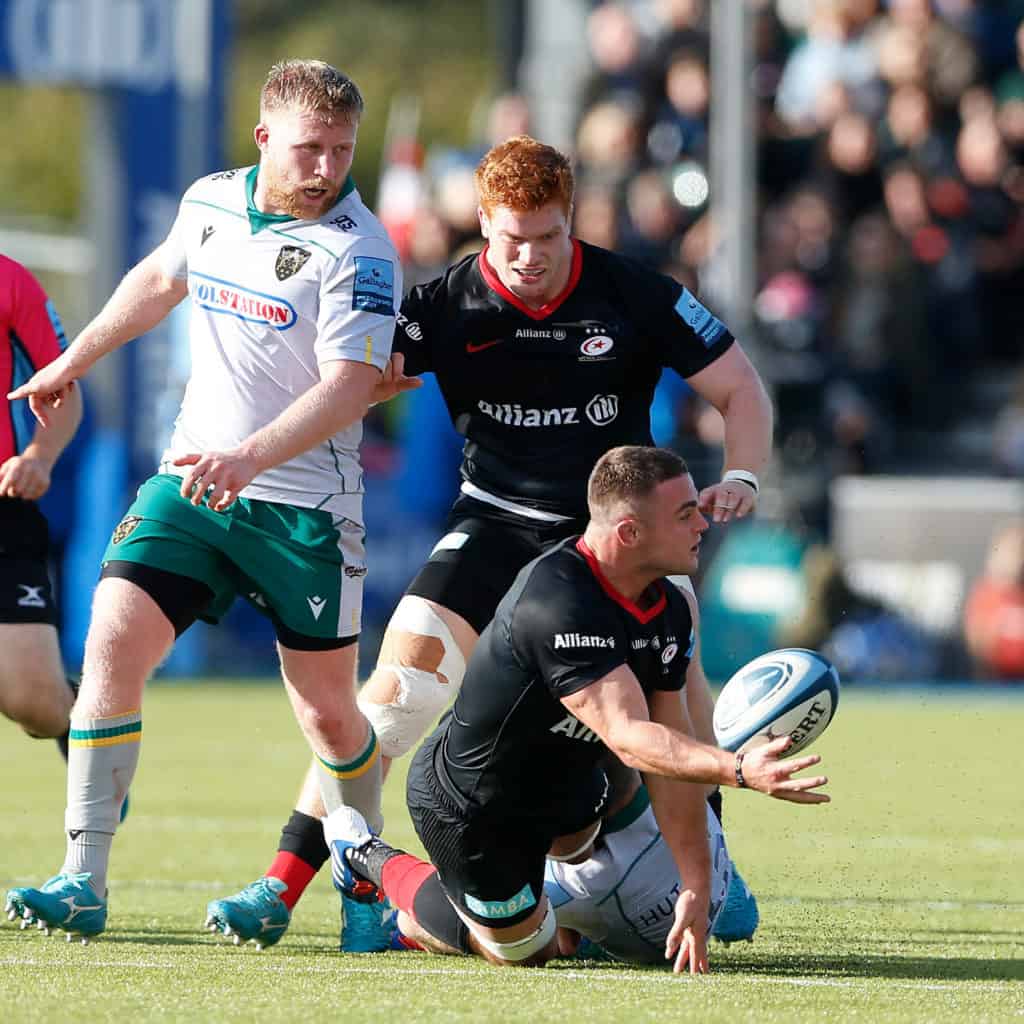 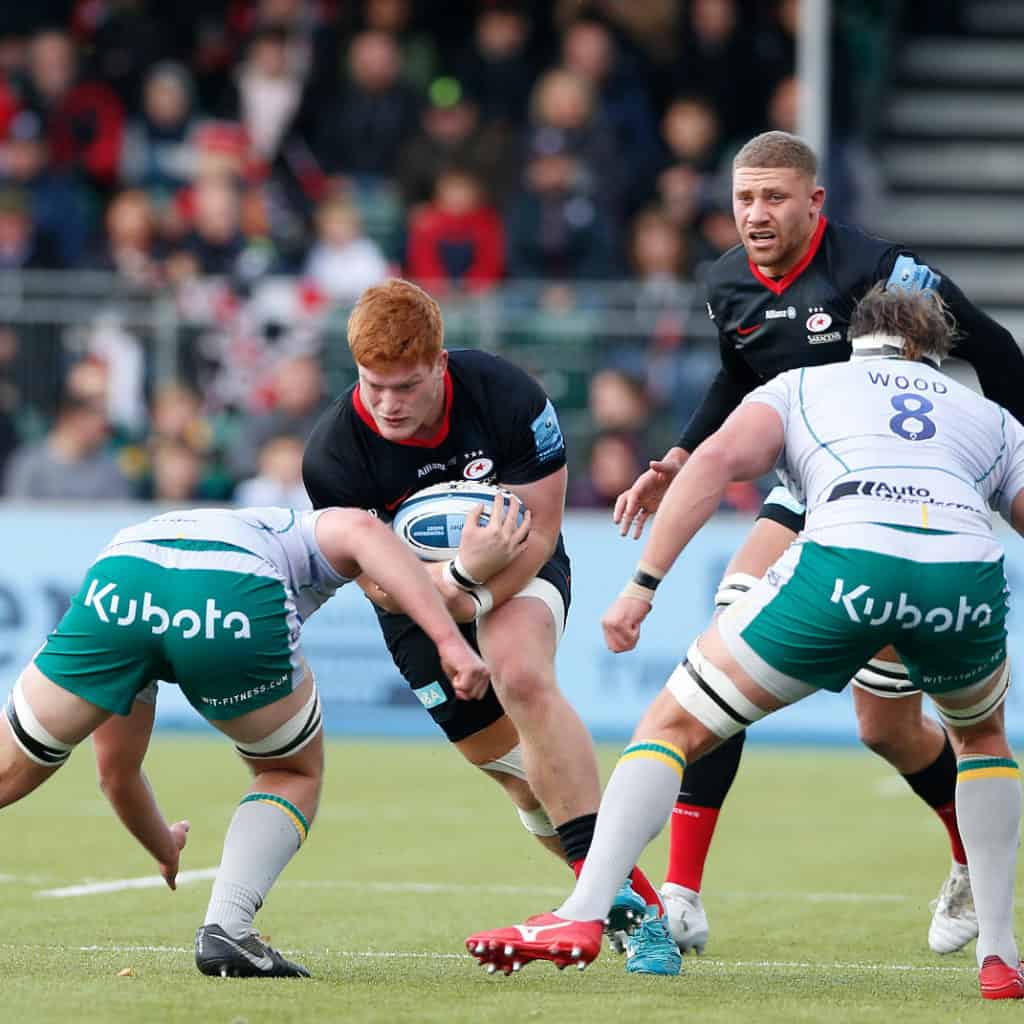