“It was windy and wet, not really fans’ spectacle but for me it was great fun to get up in the air, I really enjoyed it and happy to get the win.” – Matt Gallagher

Saracens sealed progression to the semi-finals of the Premiership Rugby Cup with a 28-21 victory over London rivals Harlequins.

Quins’ Mike Brown went over in the first period and Gabriel Ibitoye tightened the gap towards the end to add to Marcus Smith’s success from the boot, but Sarries stood firm to claim the win.

Saracens displayed brutal physically from the outset with Alex Lewington, Kapeli Pifeleti – on his first club start – and Will Skelton industrious in defence, however it was Smith who got the scoreboard ticking.

That was soon cancelled out by the forever-tricky Segun. Away scrum-half Martin Landajo’s box kick went higher than it did far and Nick Isiekwe leaped highest to knock back to his winger and with a lot to do, he managed to burrow over.

The game’s physicality continued as Calum Clark drove Brown off the field and whilst on top, the hosts made it count. Nick Tompkins sliced through the Quins backline and fed Spencer for an easy finish.

Adam Powell’s side forced Harlequins into errors for their own benefit and shortly after Skelton destroyed a visiting maul with his long reach, Spencer slotted a penalty in front of the sticks.

The lead was soon reduced when Landajo attained for his earlier mishap by thinking quickly to tap and go and send Brown on his way to the line.

In his own in-goal area, Lewington showcased his electric pace to around several quartered shirts and scooted into the opposition half at a canter, gathering his own chip. On his left shoulder the ex-London Irish man found the rampaging Skelton at his brilliant best and the big lock did superbly to draw Smith before handing Spencer a free run for five points.

Either side of half-time Smith nudged from the tee to help Quins slowly creep back into the contest but Spencer followed suit with two of his own in a tight second period devoid of thrilling action.

Ibitoye did manage to squeeze over late on in the corner, though enough damage had been done to see Saracens into the last four. 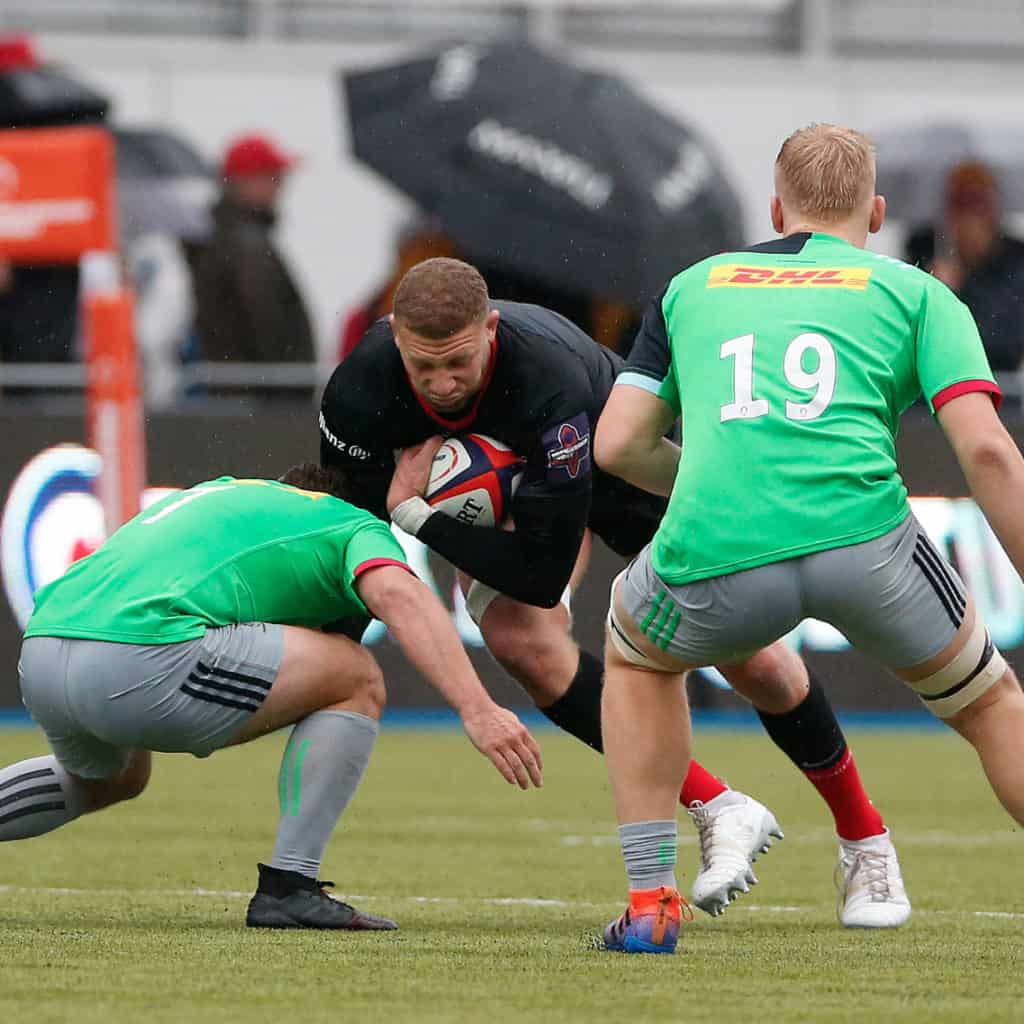 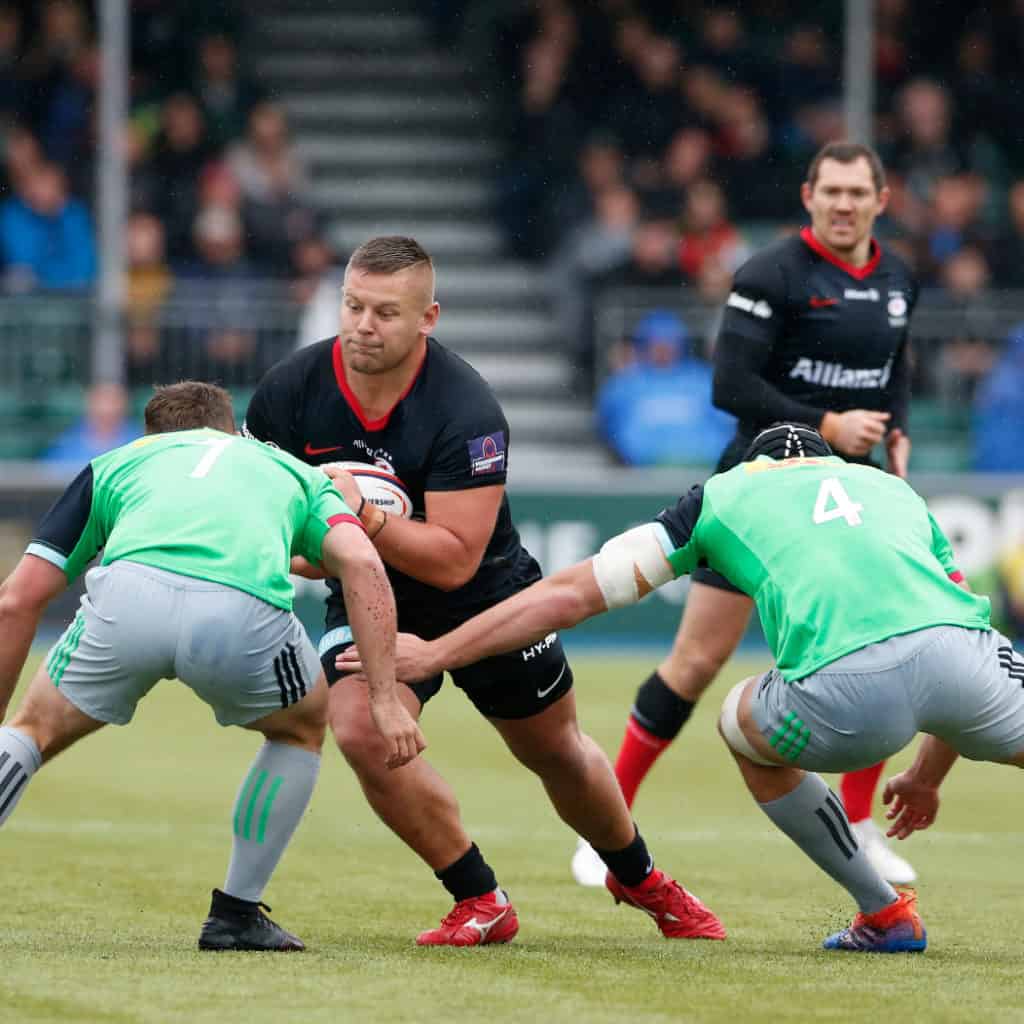 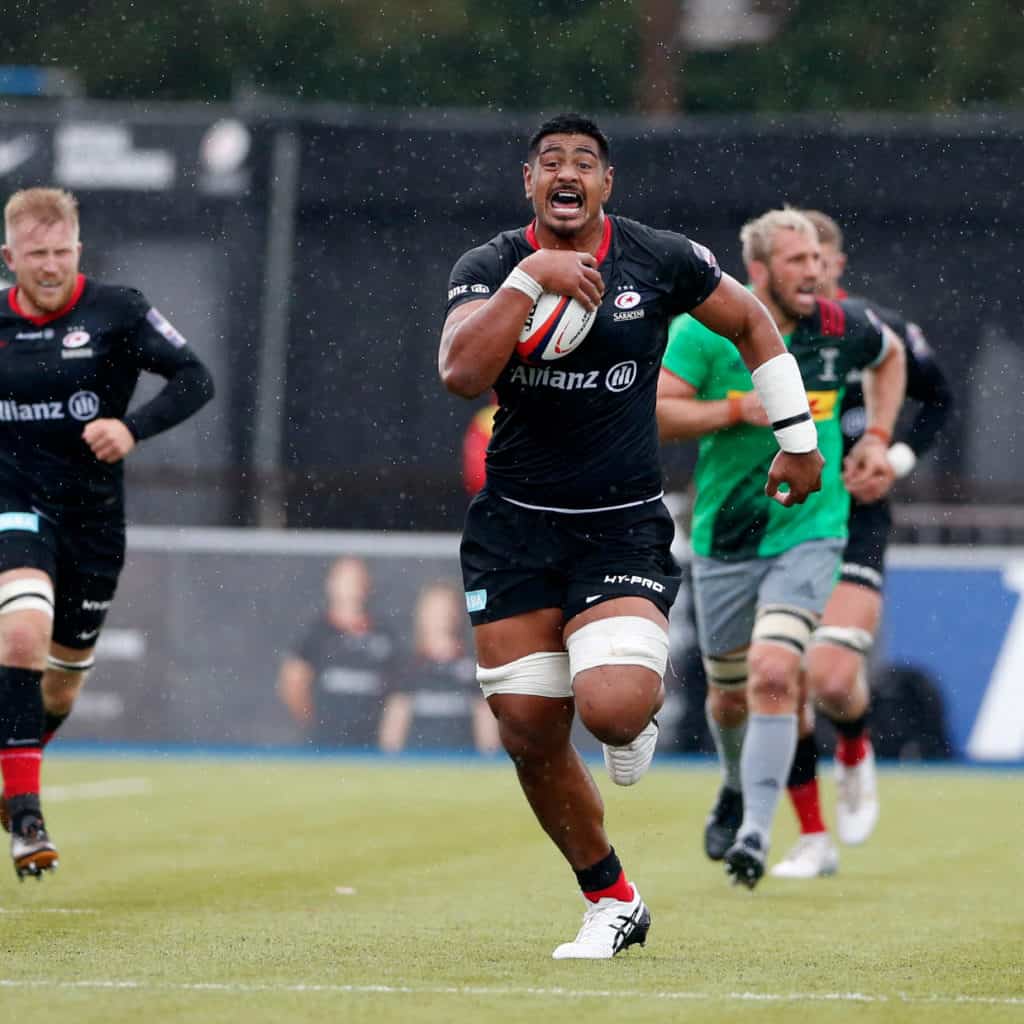 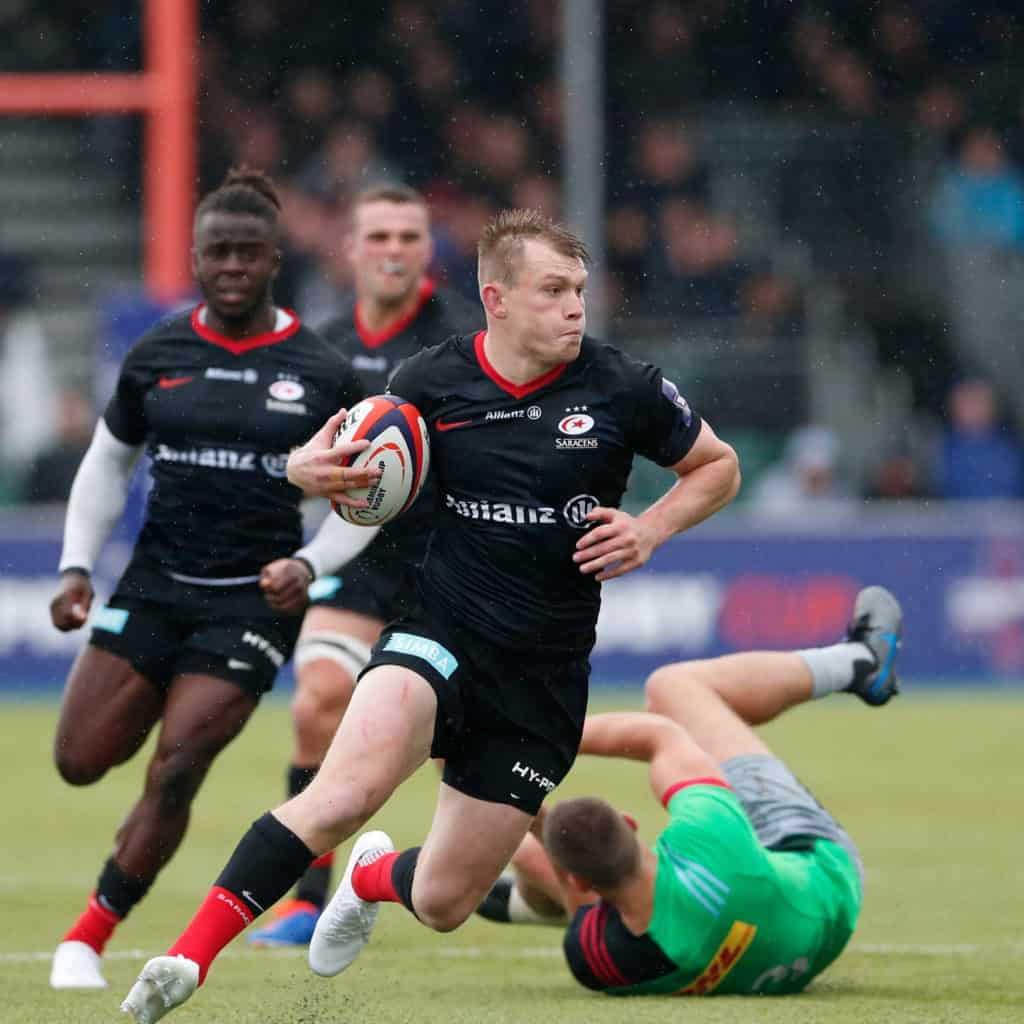 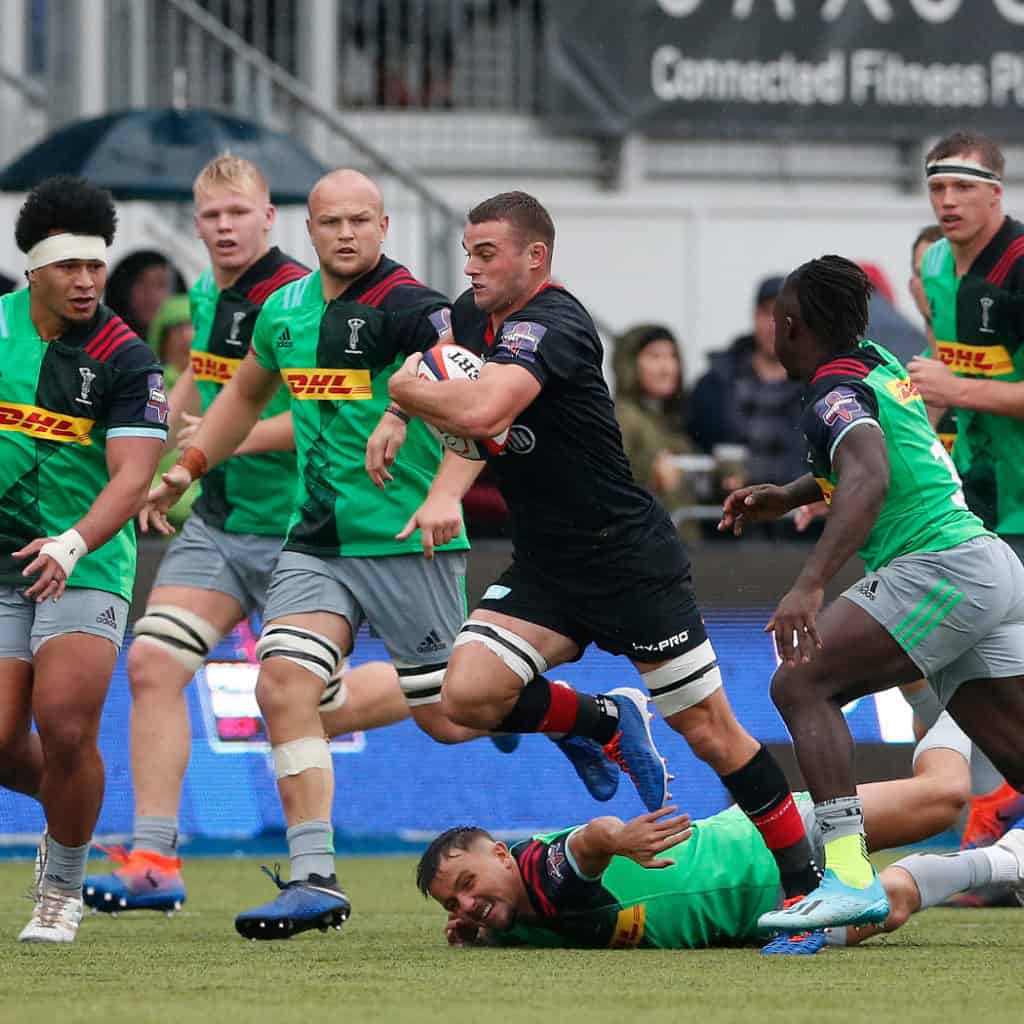 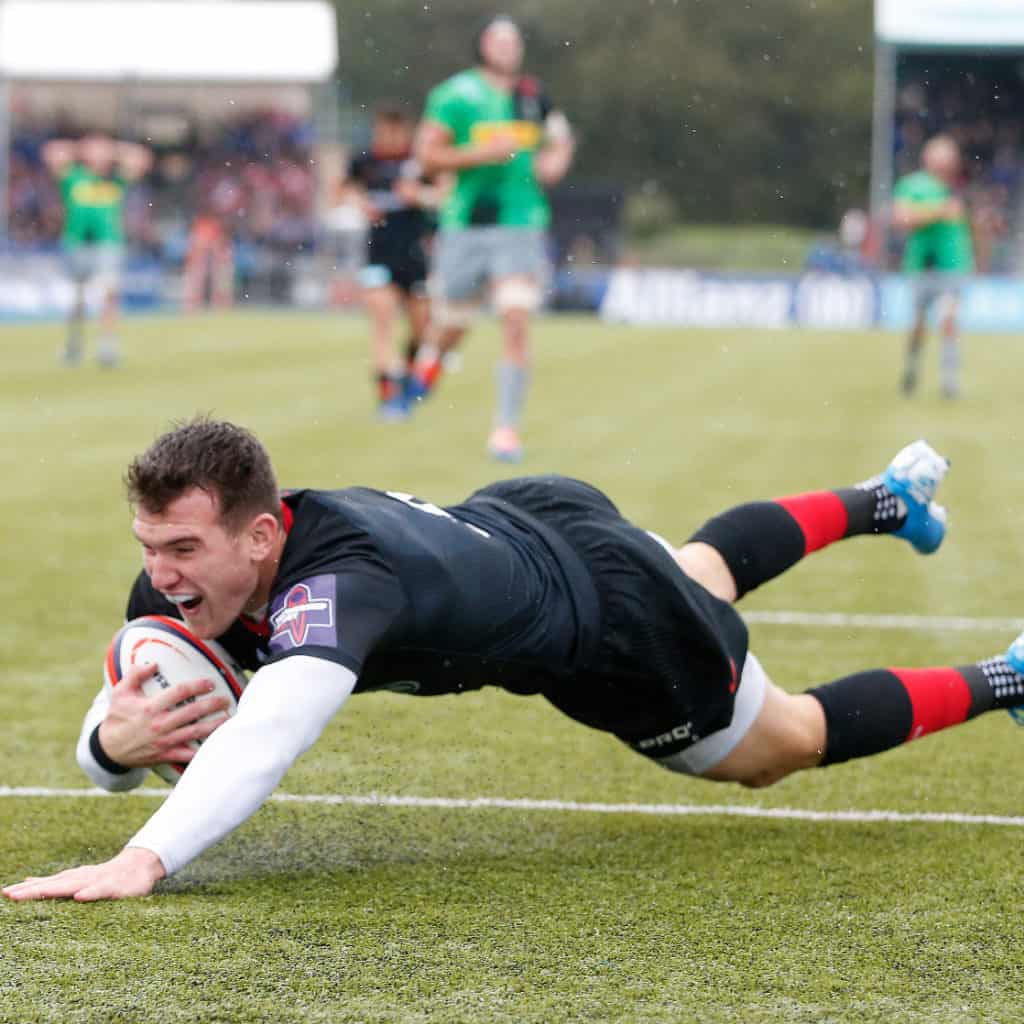 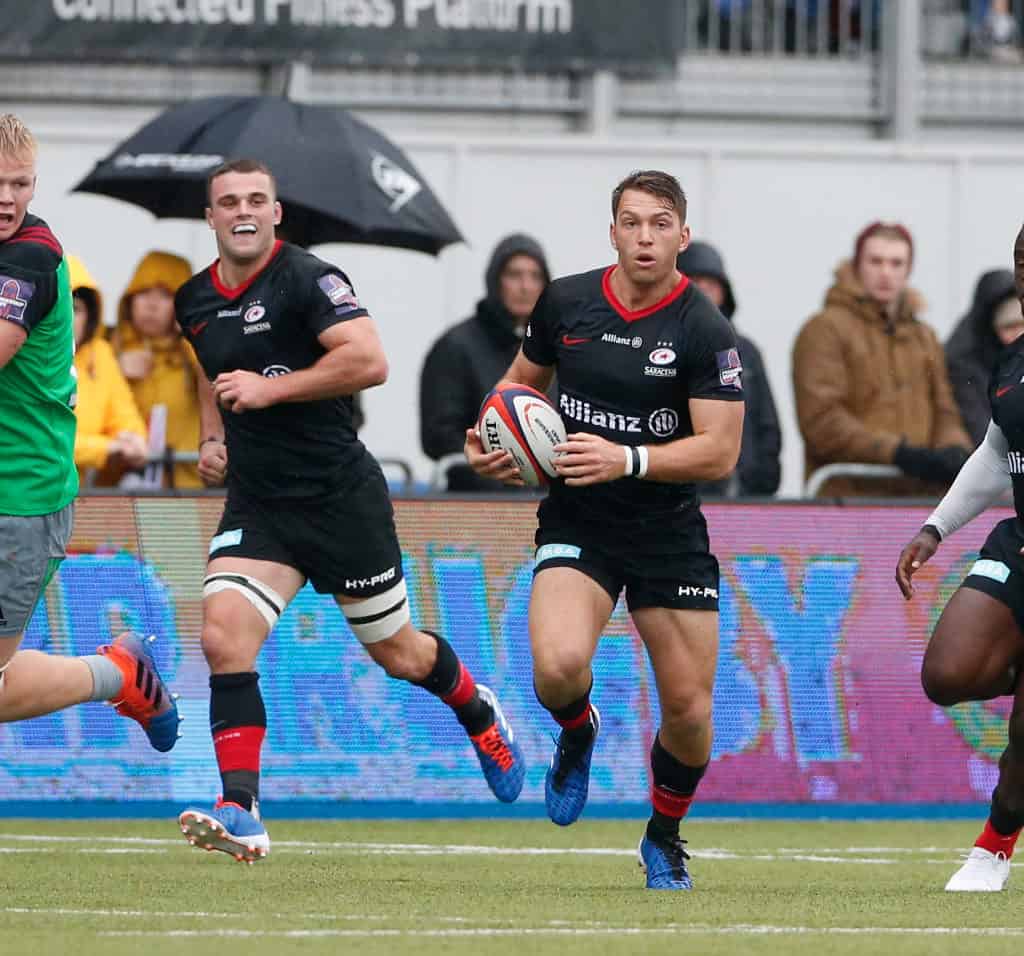 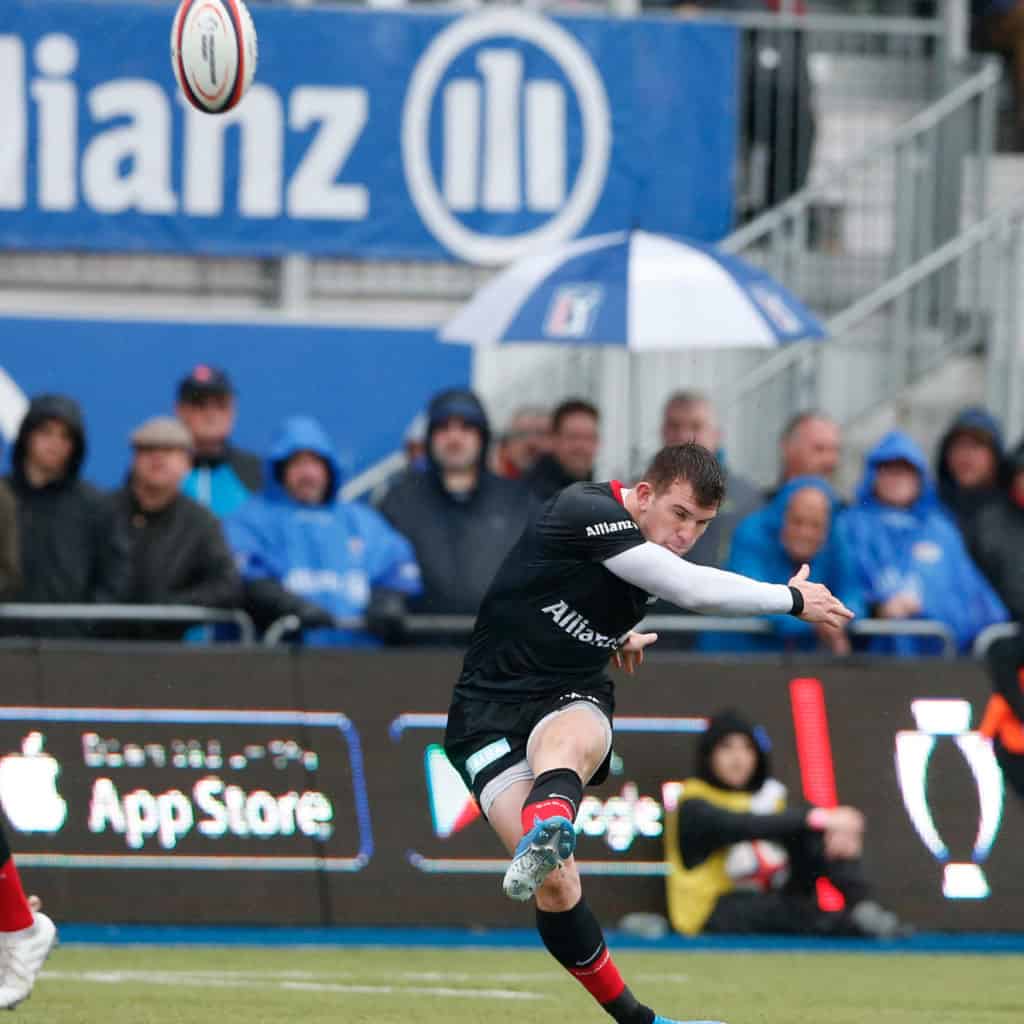 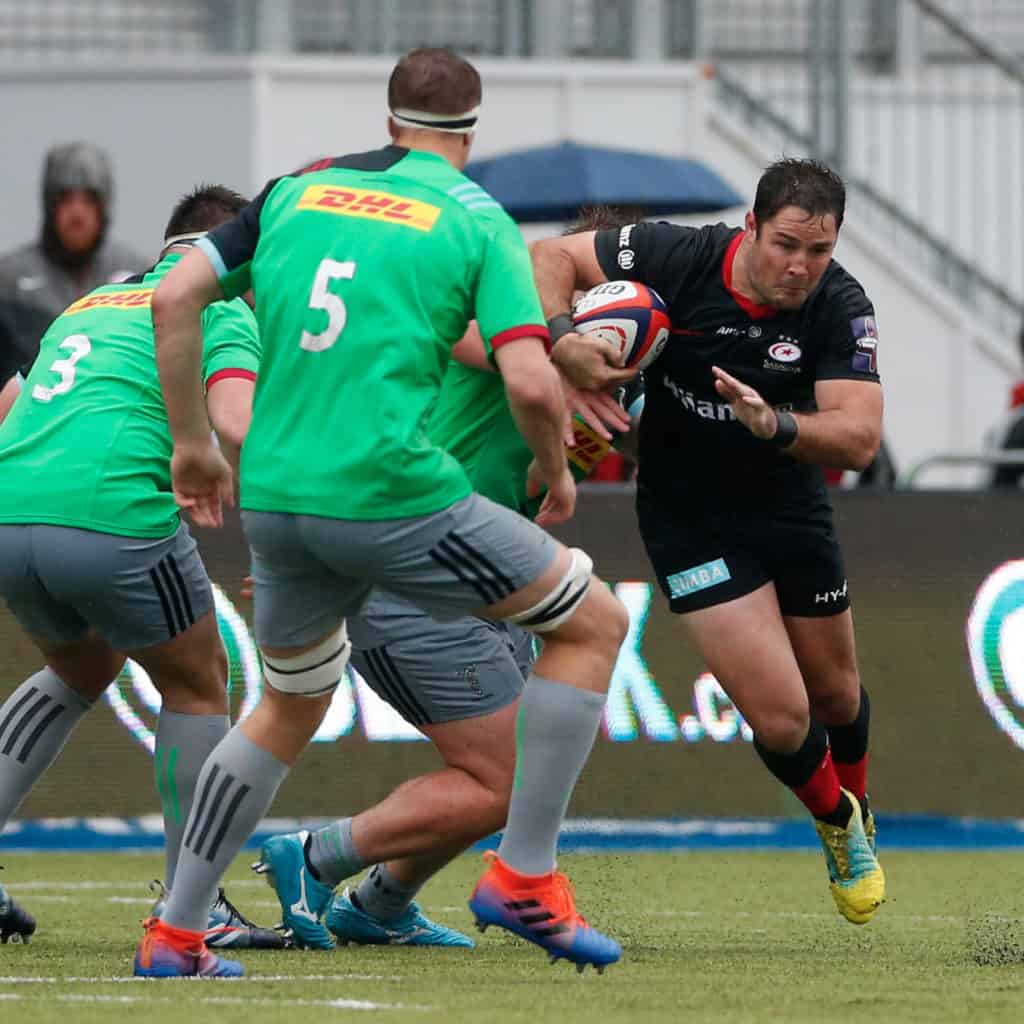 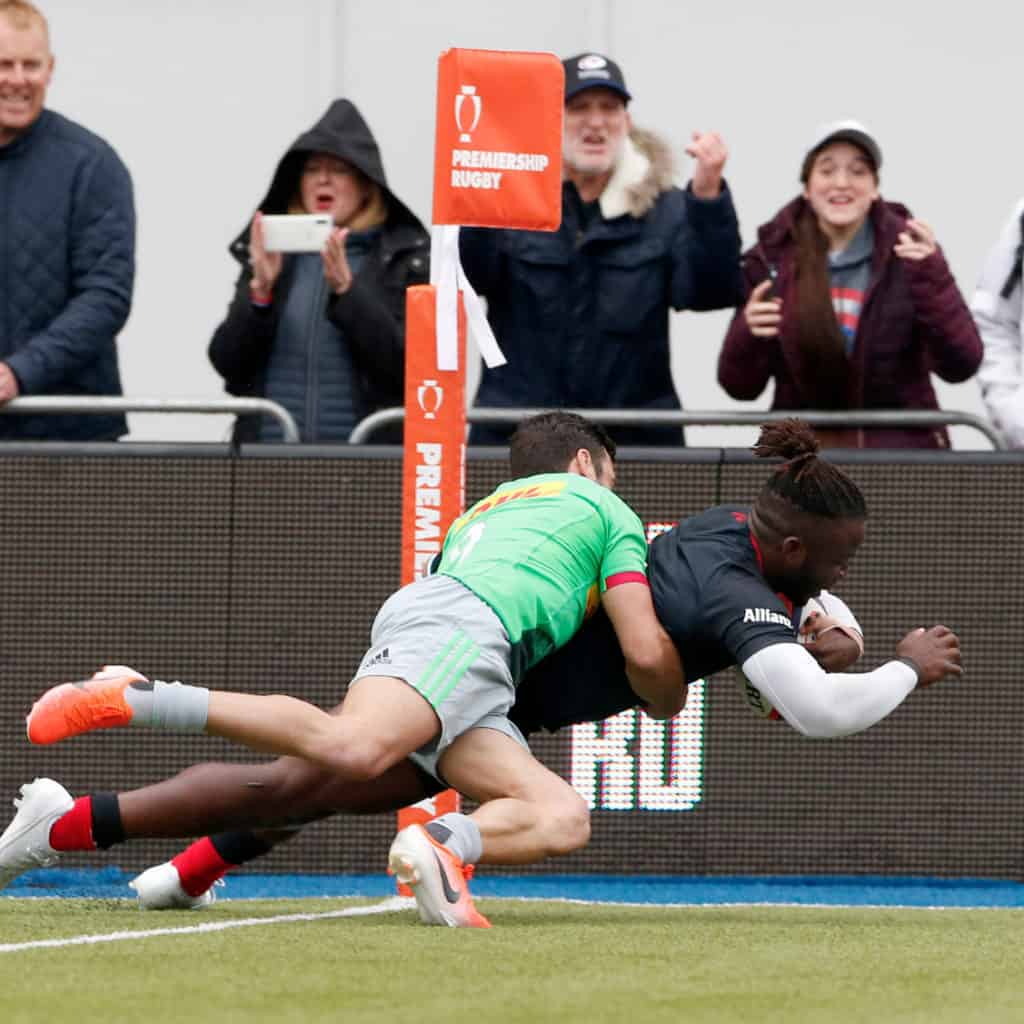