Two wins from two for Saracens.

Maro Itoje got the ball rolling on the try front before Sean Maitland got in on the act ahead of captain Brad Barritt squeezing over for the Men in Black’s 100th European try.

Lyon replied through Virgile Lacombe but Alex Lewington’s late burst into the corner wrapped things up.

Owen Farrell set the tone with an early penalty but the hosts were left frustrated in their immediate attempts to back it up with a try – Lyon twice turning over in their own 22.

Frustration soon turned to delight through a bit of a Itoje magic. The England international ripped the ball in contact, in one motion and earned himself a sprint in from halfway.

One became two within minutes. Alex Goode’s delicate grubber was fumbled by Jean-Marc Doussain five metres out and Maitland was quick to mop up the loose ball to dot down.

A clipped Beauxis tee-shot put Lyon on the board and enjoyed a large spell of possession thereafter; Rudi Wulf punching a hole in the middle channel only to be met by a big Goode hit.

The full-back was on hand again to deny the visiting Wolfpack, smothering Alexis Palisson’s chip and chase before Dylan Cretin mishandled with five points in sight.

Any hopes of a comeback were quickly quashed after the break. Barritt and Nick Tompkins joined the back of a well-structured, fast-moving maul with the former flopping over.

Nothing seemed to be going the way of the French side and even a little bit of flair couldn’t get them into Sarries territory. Toby Arnold could have changed that but the bounce of the ball thwarted the winger a clear 50-metre run.

Ten minutes before the end they did grab a score through replacement Lacombe who buried over following smart play from Doussain but it proved in vain as Lewington grabbed his first Champions Cup score to seal a hard-fought bonus point. 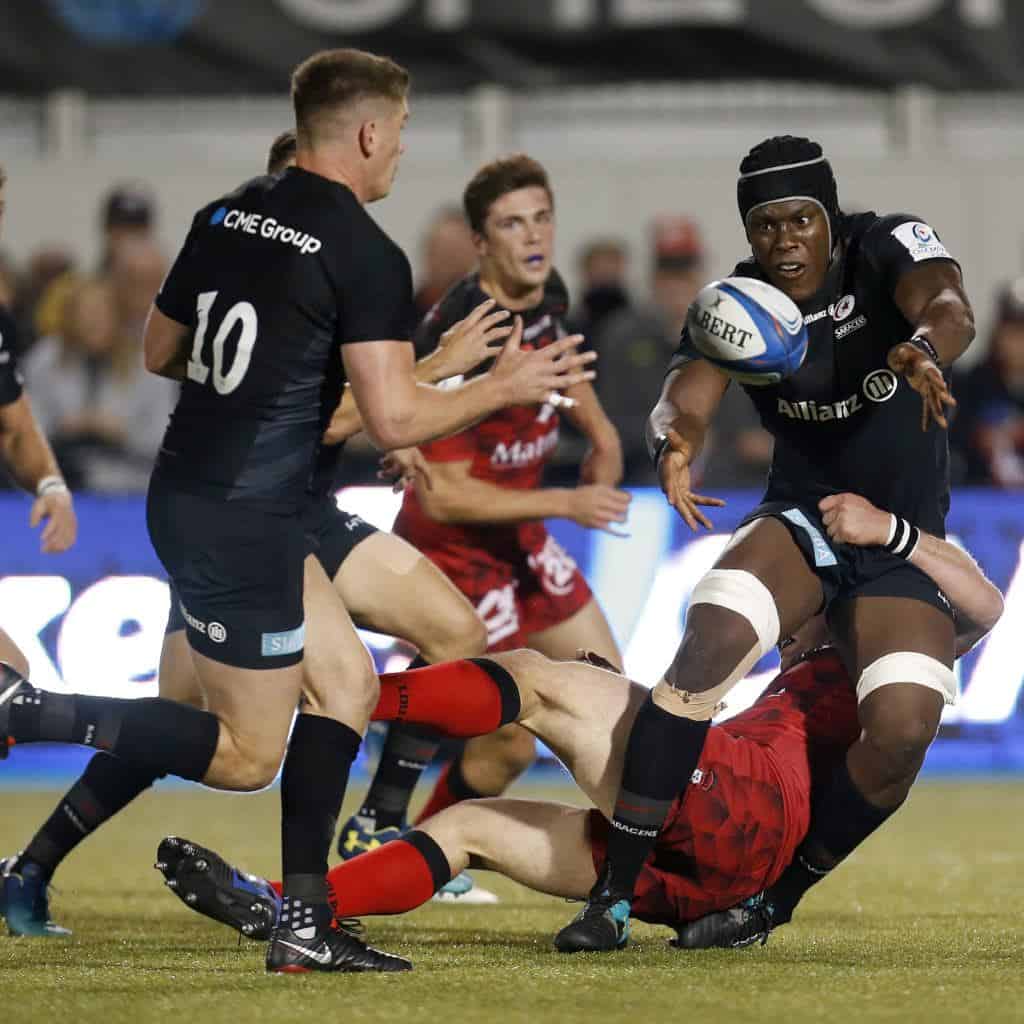 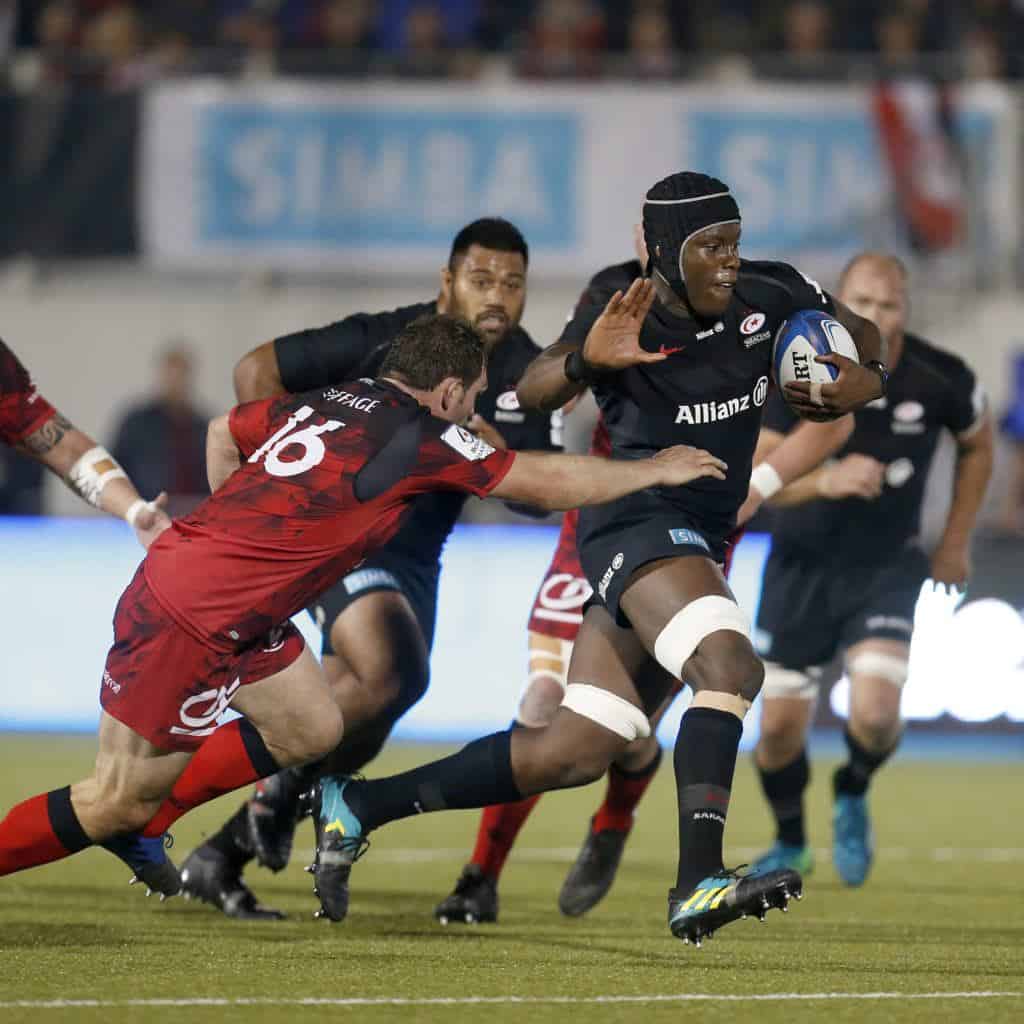 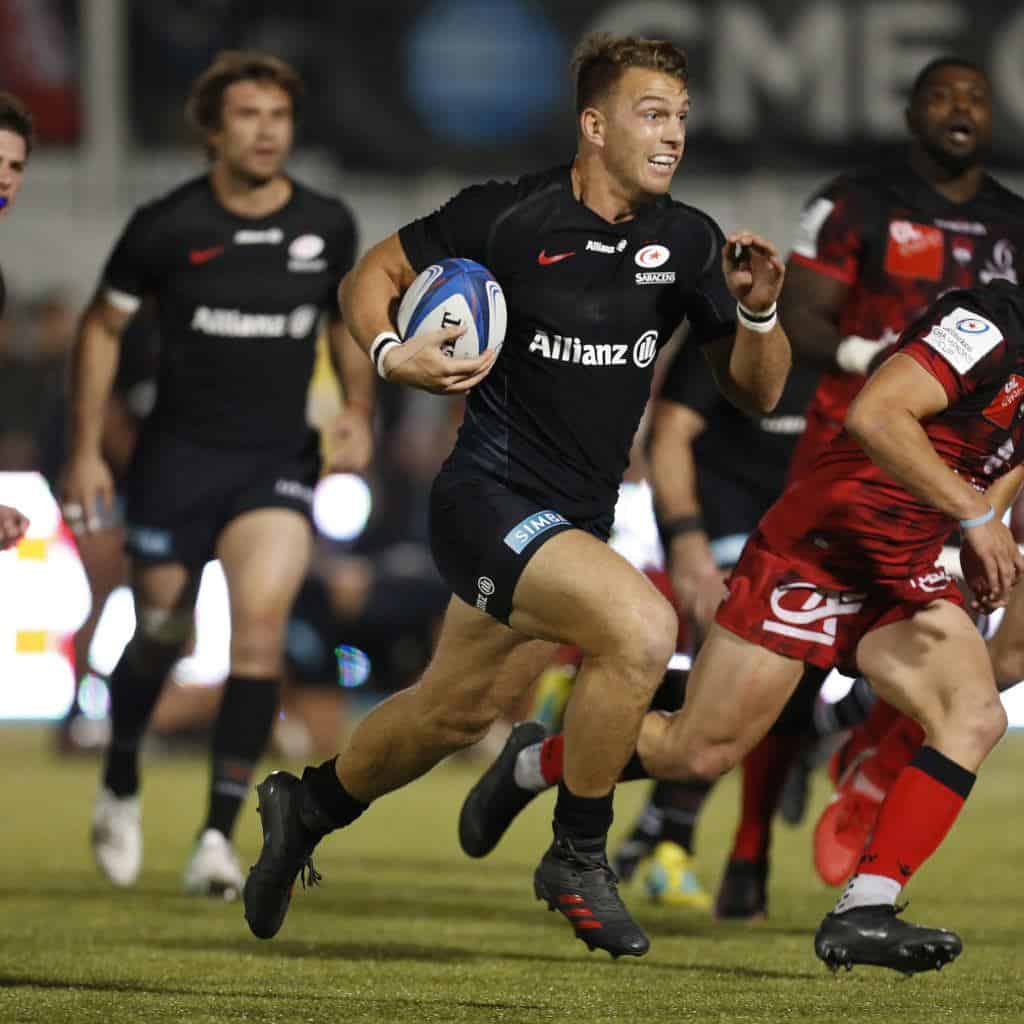 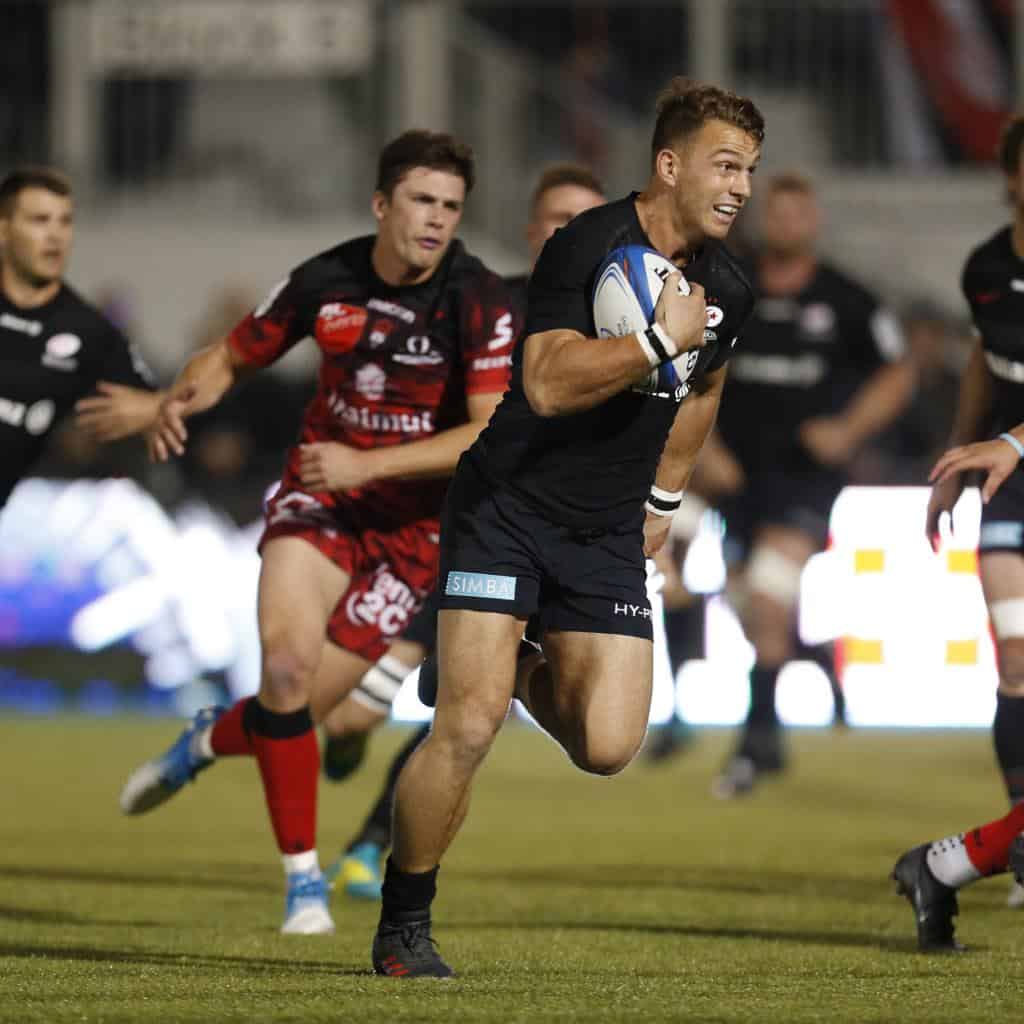 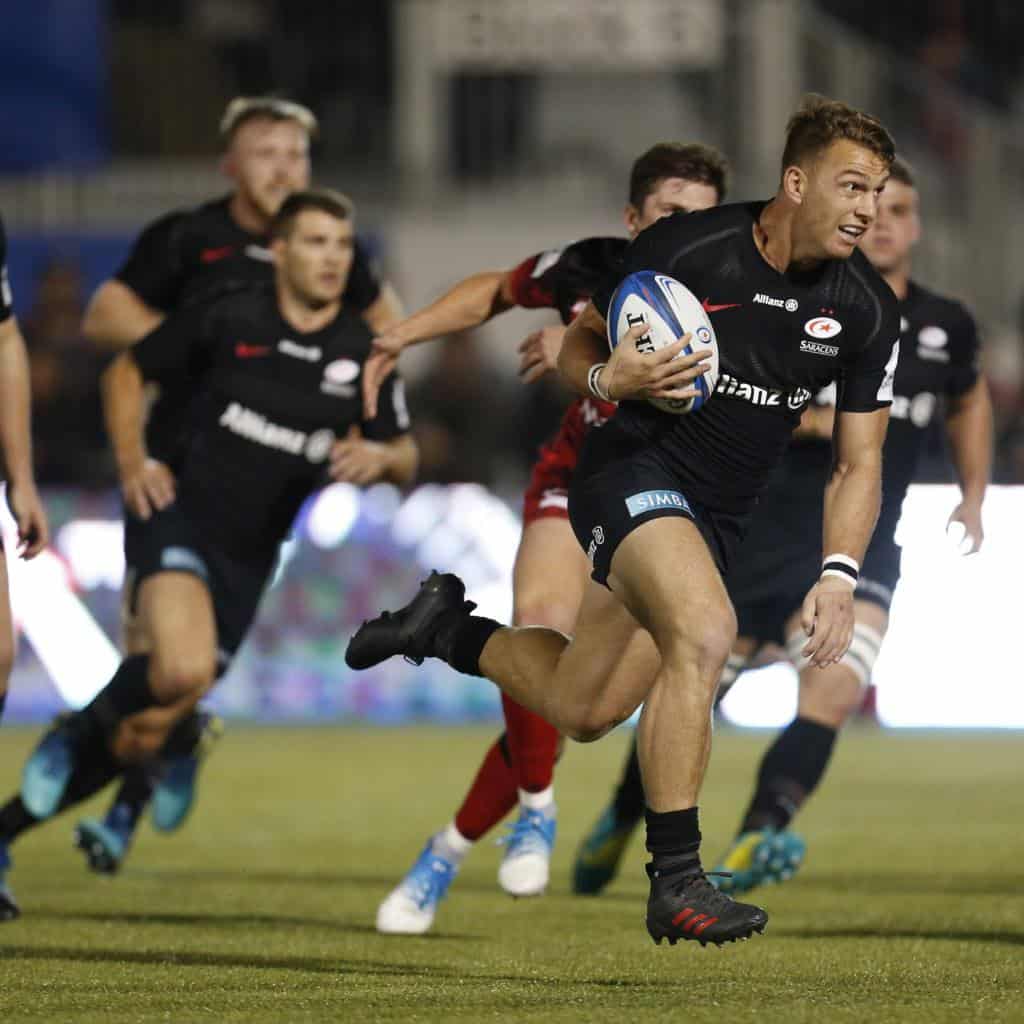