“It feels good because we played really well. We knew it was the kind of game where you had to be persistent and we were.”

Saracens produced a terrific display to overcome Munster 32-16 to reach the Heineken Champions Cup final for a third time in four season.

Owen Farrell nudged four penalties to Tyler Bleyendaal’s two and a single Conor Murray hit before a relentless second half from the north Londoners.

First Mike Rhodes crossed after a number of phases and man-of-the-match Billy Vunipola grabbed another try following what proved to be a consolation score from Darren Sweetnam.

Leinster or Toulouse lie in wait for the current English champions.

The opening exchanges were everything you would expect of a semi-final: fast, ferocious, explosive.

Saracens were physical and dominant, especially in the air. David Strettle, a late replacement for the injured Sean Maitland, reclaimed a high kick and CJ Stander couldn’t roll away quick enough, presenting Farrell an early opportunity at goal which he made no mistake with.

The Fields of Athenry began to ring around the Ricoh Arena as the travelling Munster support attempted to gee up their team but Jackson Wray’s superb work over the ball allowed Ben Spencer to box to the corner. Pressure reversed.

Another Farrell bomb was once again turned over by Strettle. He sat back in the pocket and saw his drop goal drift wide before Munster marched downfield following a turnover of their own and Bleyendaal levelled things up.

Sarries were desperately trying to turn pressure into a try and slick handling from the backs released the busy Strettle who scooted down the right. He was brought down 10 metres out and the ball was quickly recycled to Farrell whose crossfield to the opposite wing was well-claimed by Andrew Conway under Liam Williams pressur.e

A second sweeping move resulted in Alex Goode’s grubber being chased down by Strettle who was only just beaten to the ball and as the Munster supporters began to warm their vocal chords once more, Farrell put in a perfectly-timed smash on Haley and got up to nudge the Men in Black into a 6-3 advantage.

Mark McCall’s side remained quick and powerful, however struggled to capitalise on chances inside the Irish province’s 22. Farrell did add his third kick of the day before Bleyendaal responded in kind.

Scrum-half Conor Murray was a surprise option to step up to strike from near the halfway on 37 minutes but the Ireland international delivered with confidence to restore parity only for Farrell to end a lively first half with another three points.

The second half began in similar vain to the first with Saracens from the off, though this time they made the pressure count. Phase after phase, every carrier edging closer to the whitewash and Rhodes was the man to finally break free to score.

Farrell’s conversion was good and he ticked the scoreboard over with two tee-shots to add further breathing space between the two teams.

On the hour, Munster attempted a reply but a monstrous defensive set thwarted those in red just inches out. Full Wolfpack mode. Though the visitors would get on the try-sheet moments later when Sweetnam found space on the outside to cross and JJ Hanrahan slotted the extras.

But it didn’t rattle Sarries who rallied to put the contest to bed. An excellent take from self-proclaimed bomb defuser Williams and the brilliant Strettle’s slalom moved the two-time winners up the field and Vunipola showed great strength to place on the stretch.

Saracens were back to their best and will look for their third European crown at St James’ Park in May. 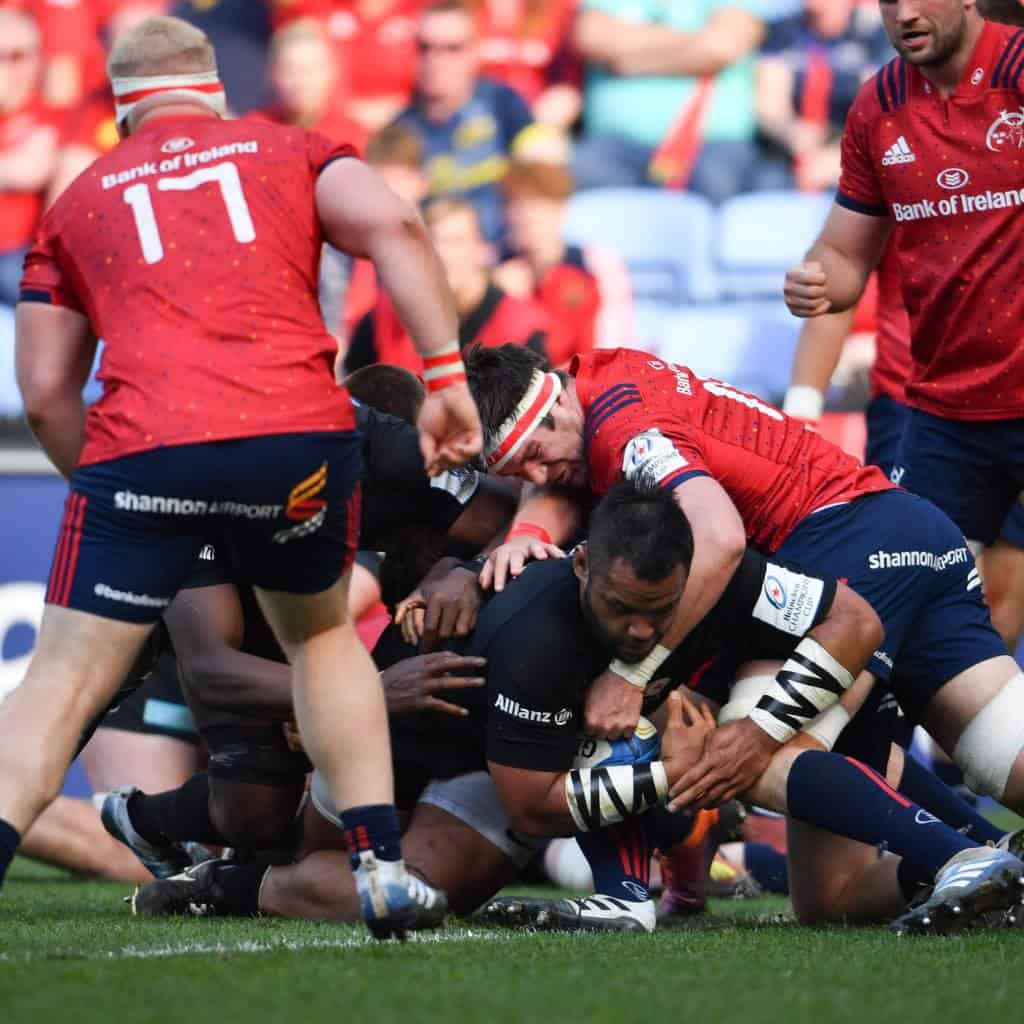 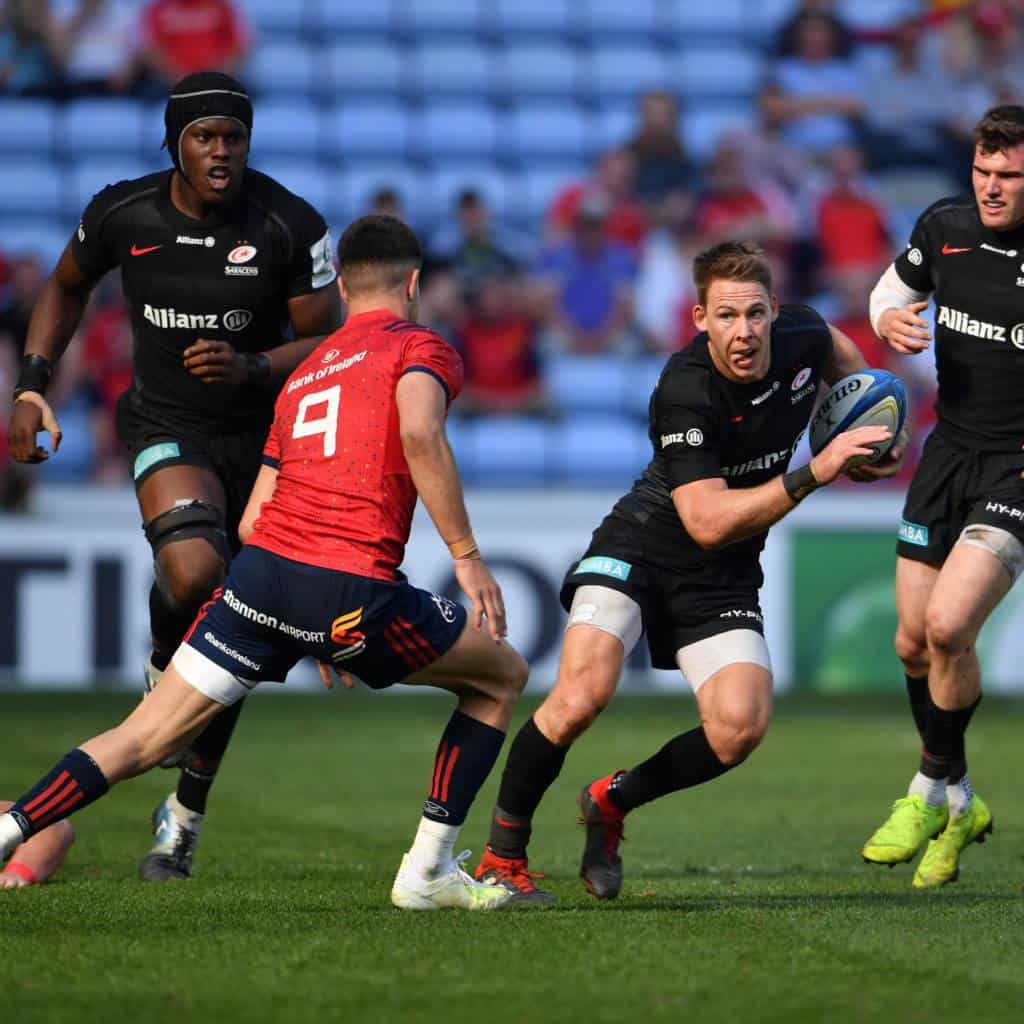 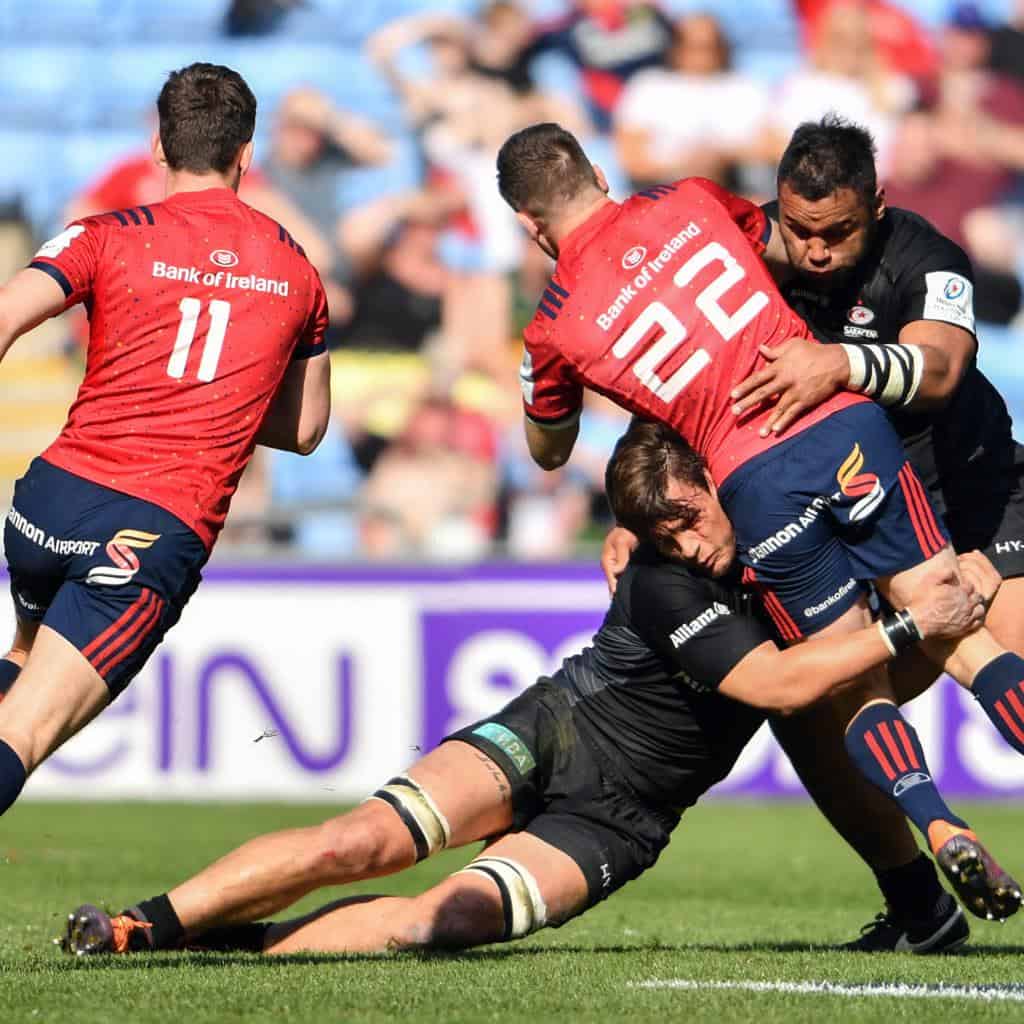 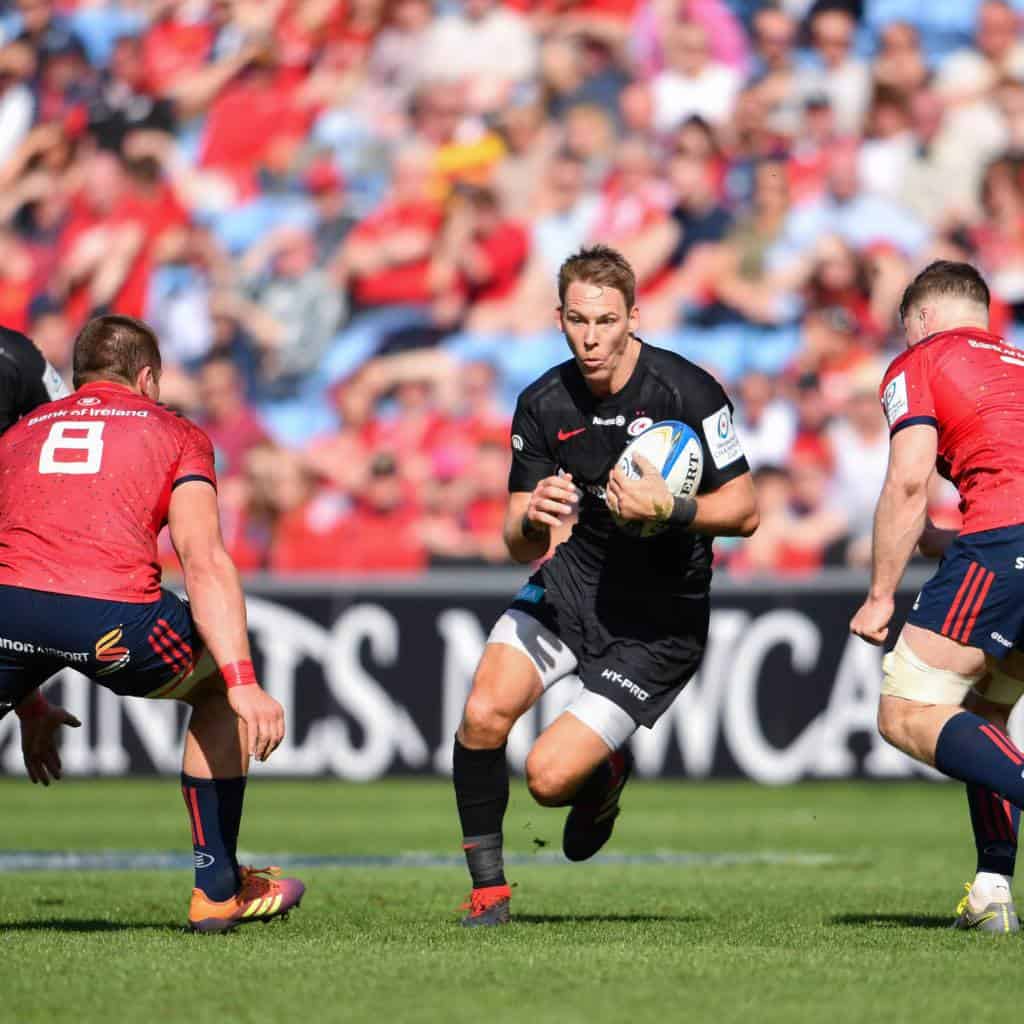