“We wanted a big performance and to score a try in the first minute was massive for us.” – Rhys Carre

Saracens returned to Gallagher Premiership action at Allianz Park with a four-try win over Sale Sharks, raising £4,000 for Michael Fatialofa’s recovery fund through the club’s try donation pledge in the process.

A close first half saw Sarries earn a narrow lead while three second-half scores ensured the home side would claim a 36-22 victory, despite two late tries from the Sharks.

With just 40 seconds on the clock, Carre latched on to a loose line-out throw to claim the five points. Manu Vunipola’s conversion fell short of the target, however was caught in a strong gust.

With high winds and heavy rain battering north London, large periods of the game were dominated by both sides’ kicking game as both the hosts and visitors looked to force errors under the high ball. Despite the gusty conditions Saracens were able to extend their first half lead through the boots of Vunipola and Alex Lozowski, the pair slotting a total of three penalties over the course of the half.

The boot of Rob du Preez opened the scoring for Sale Sharks before a breakaway try finished by winger Byron McGuigan right on the stroke of half-time sliced Saracens lead to 14-10 at the break.

Saracens started the second forty in the same vein as they had the first, extending their lead with an early try as Academy products Tom Whiteley and Rotimi Segun combined for the score. The conversion plus a penalty kick from the boot of Manu Vunipola edged Saracens further in front of the visitors as the Men in Black mounted a 24-10 lead.

Saracens confirmed their control over the game just a few minutes later when Nick Isiekwe charged down a clearance kick metres from the line and made no mistake as he collected the ball to score.

With breathing space between Saracens and the visitors, the home side continued to build the pressure on the Sharks as the forward pack enjoyed a profitable period of play, building sustained attacking pressure in search of a score. The pressure told in the 67th minute when replacement prop Richard Barrington was driven over the line to the delight of the Allianz Park crowd. With the posts swaying heavily in the wind Vunipola placed another assured conversion to give Saracens a 36-10 lead going in to the final ten minutes.

The Sharks forced their hosts to work for the win however, adding two late tries to their tally courtesy of Rob and Dan du Preez to keep the game alive. Ultimately however it was too little too late as Saracens held on to their advantage to close out a 36-22 win. 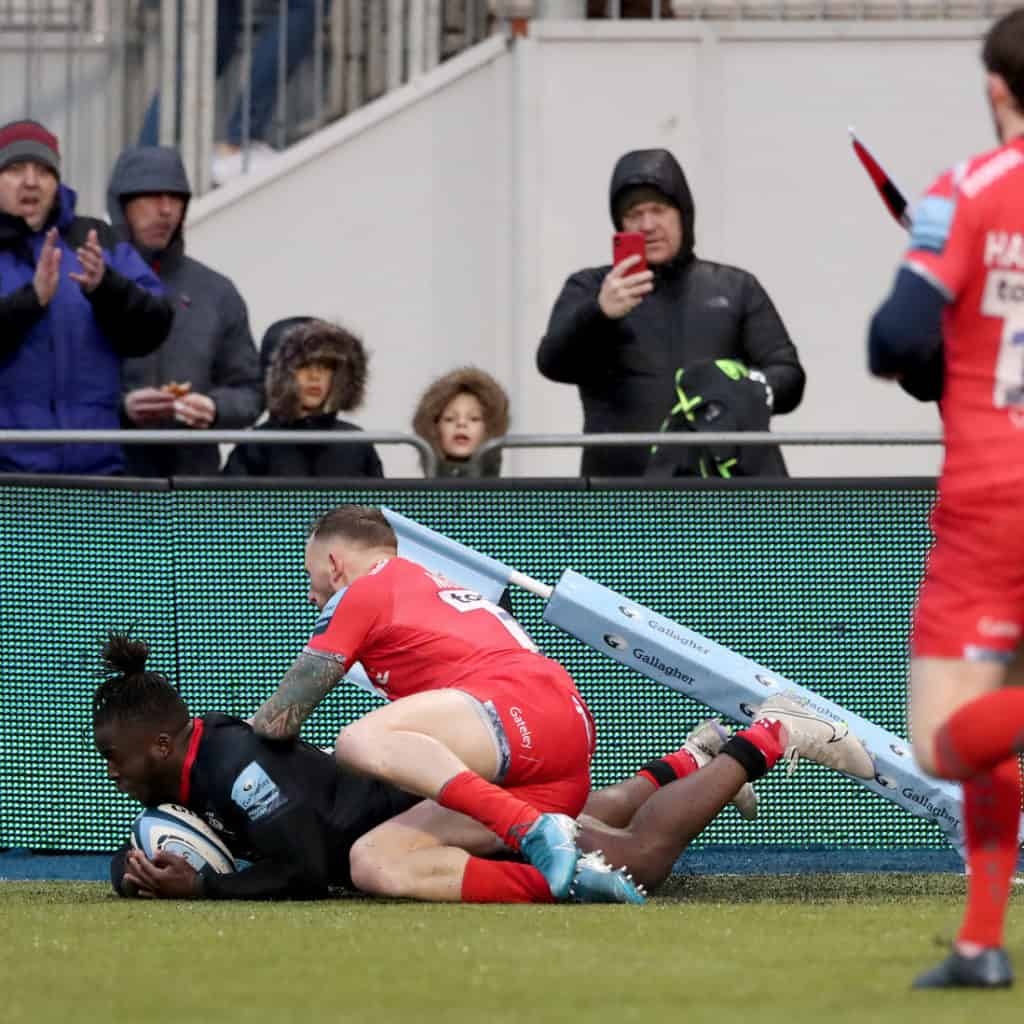 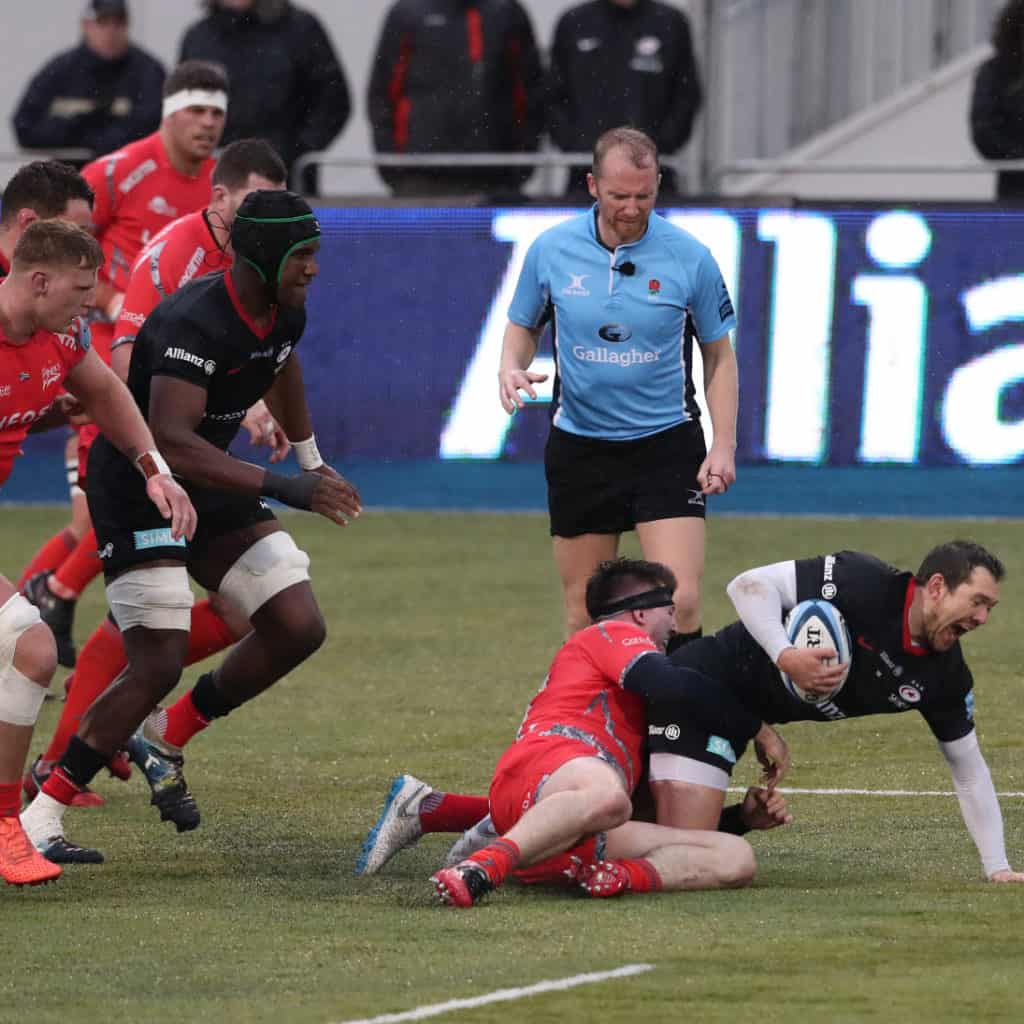 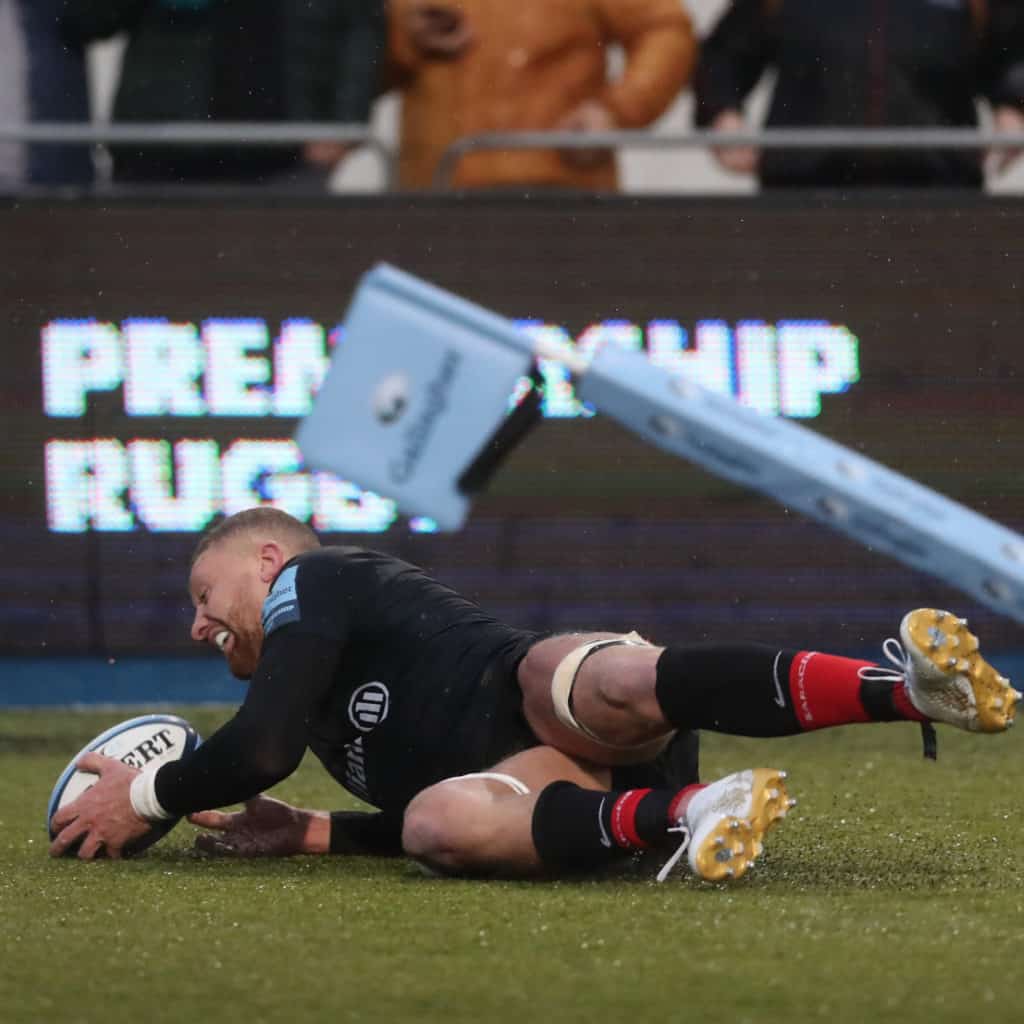 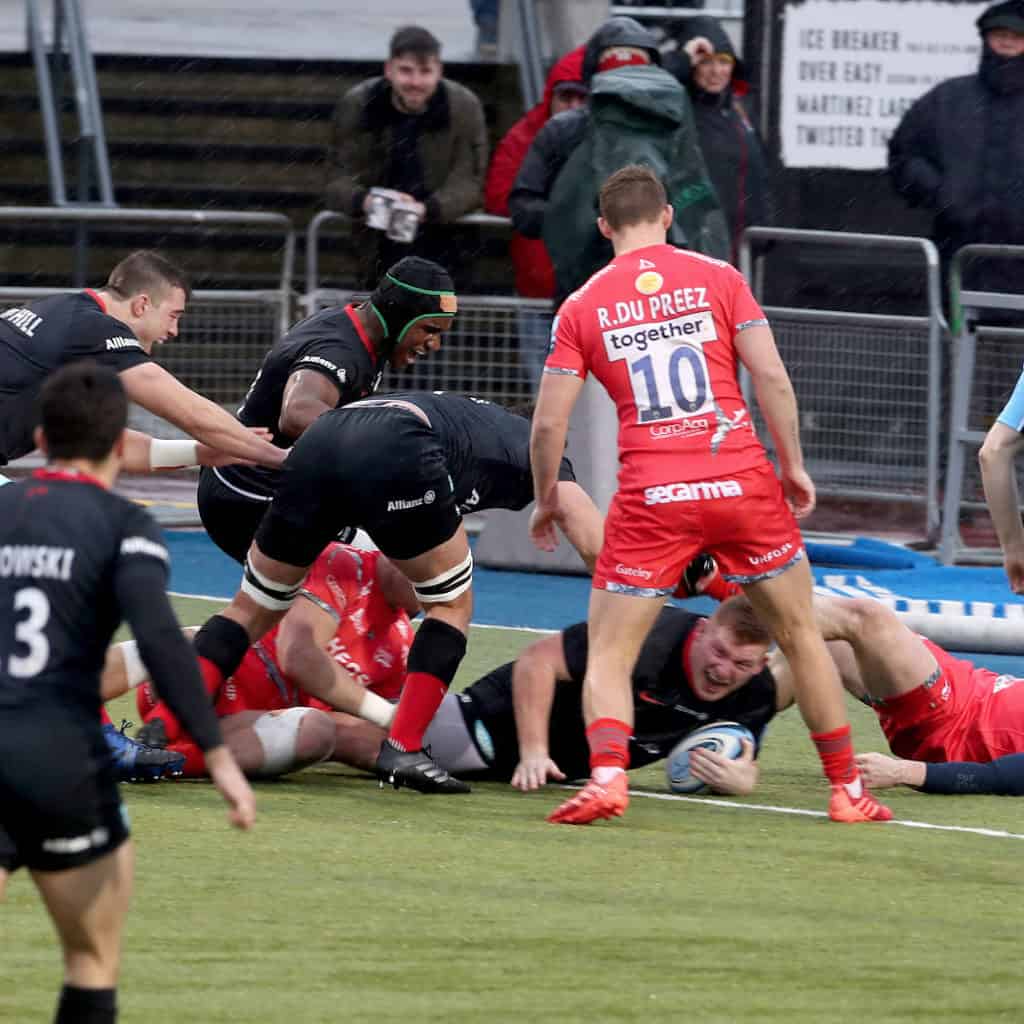 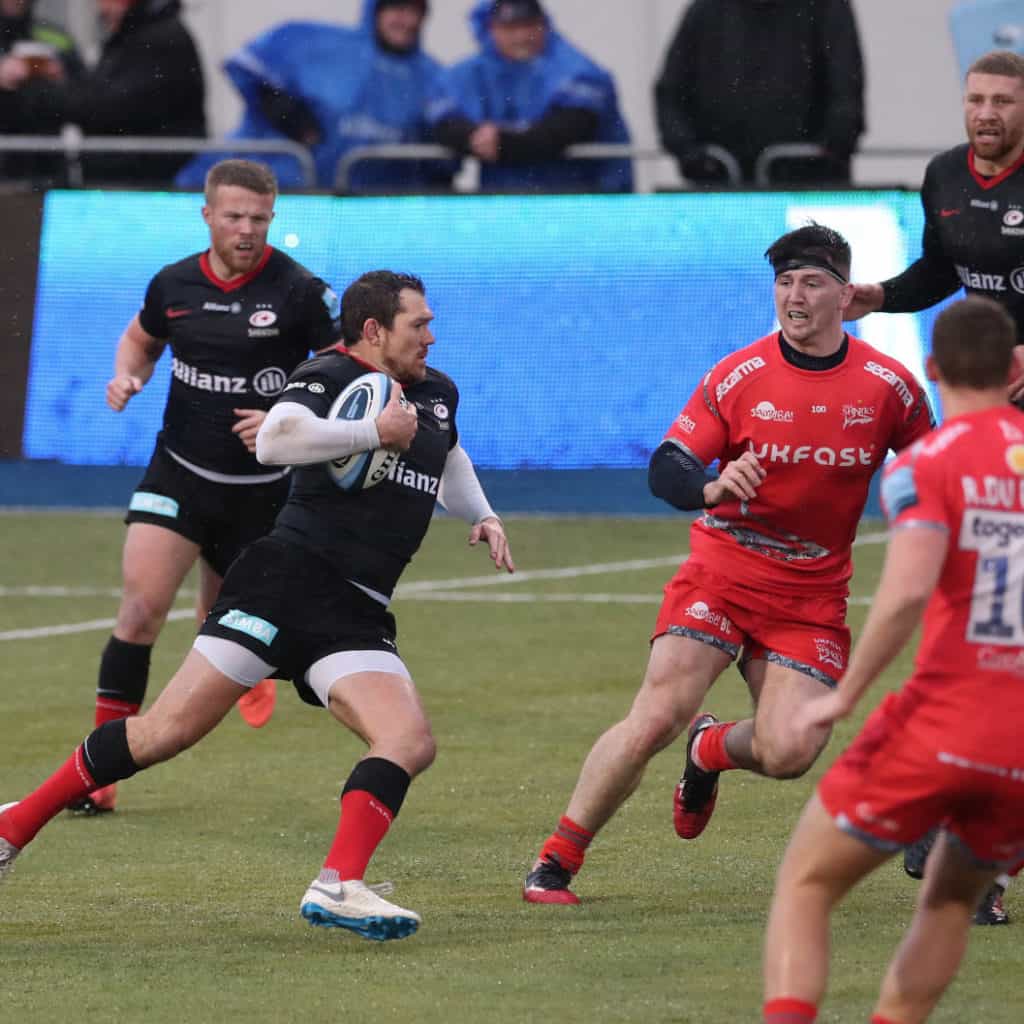 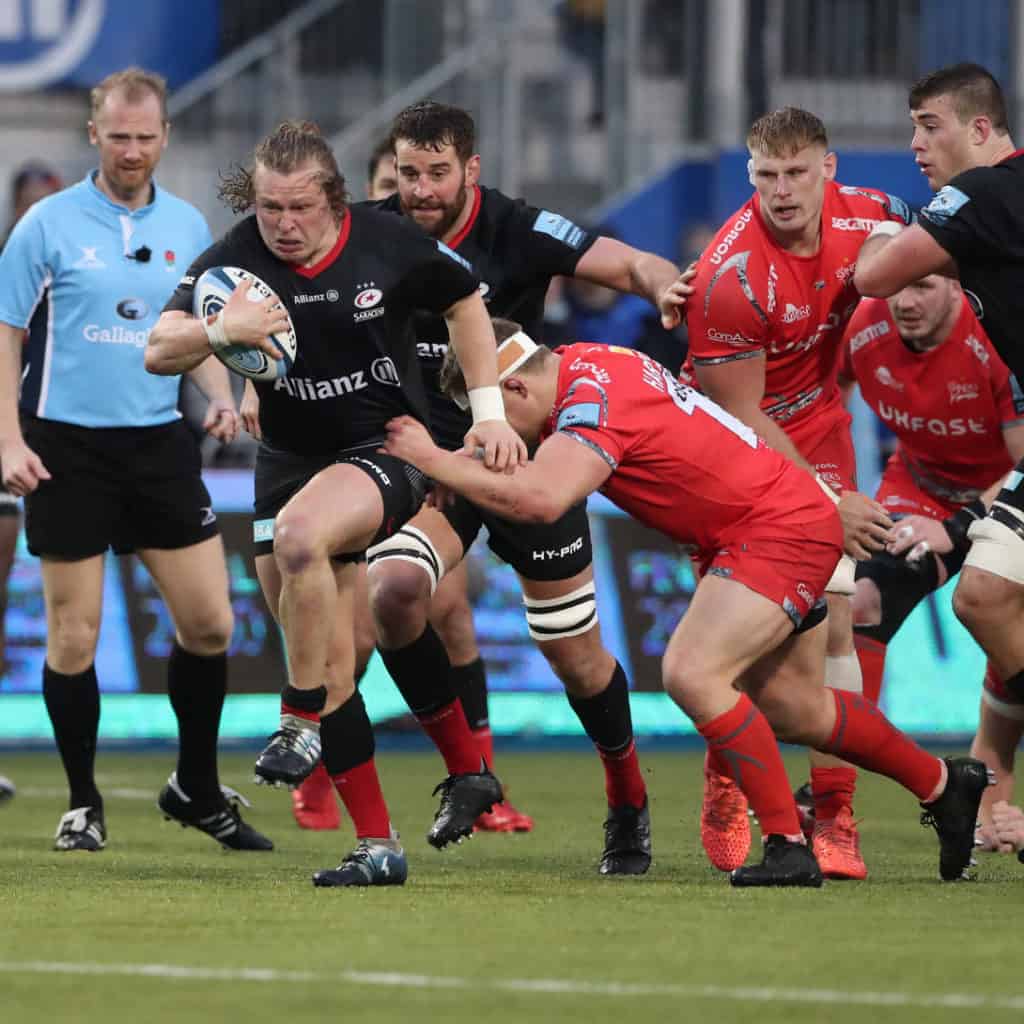 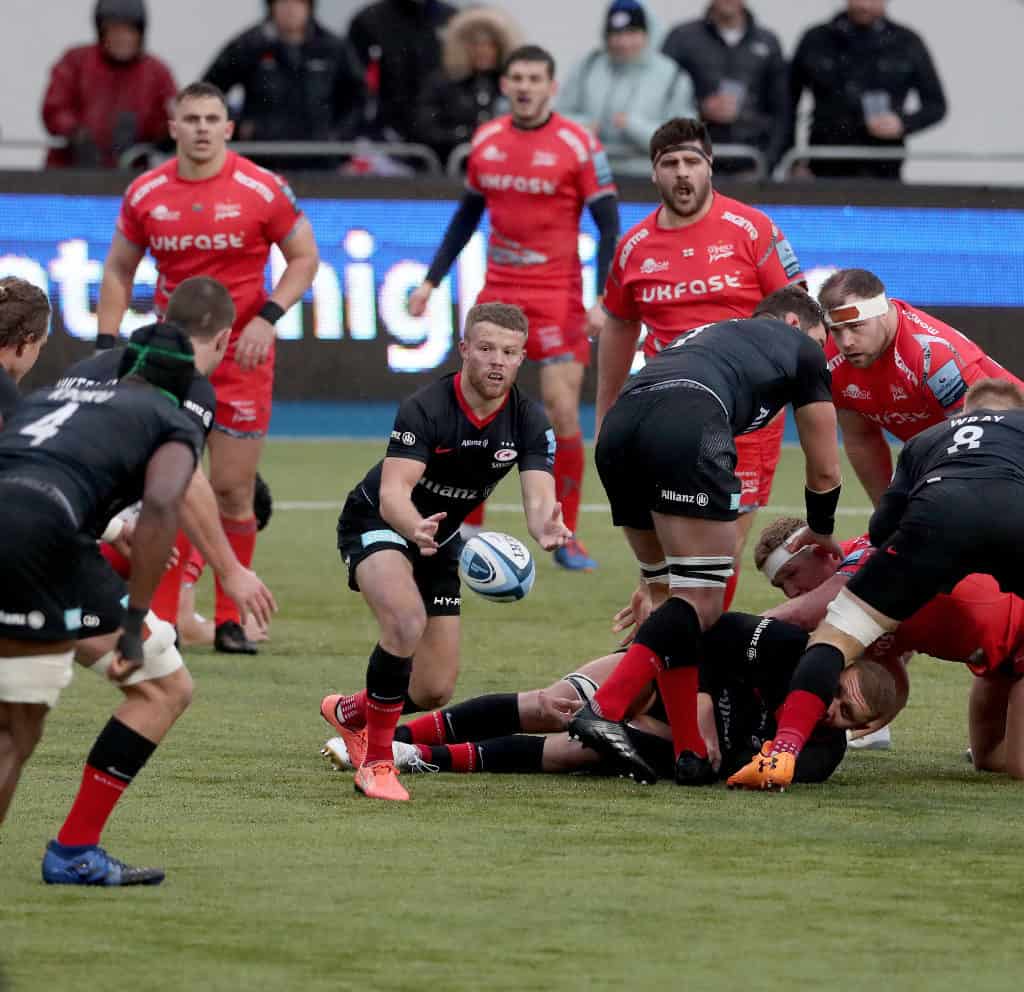 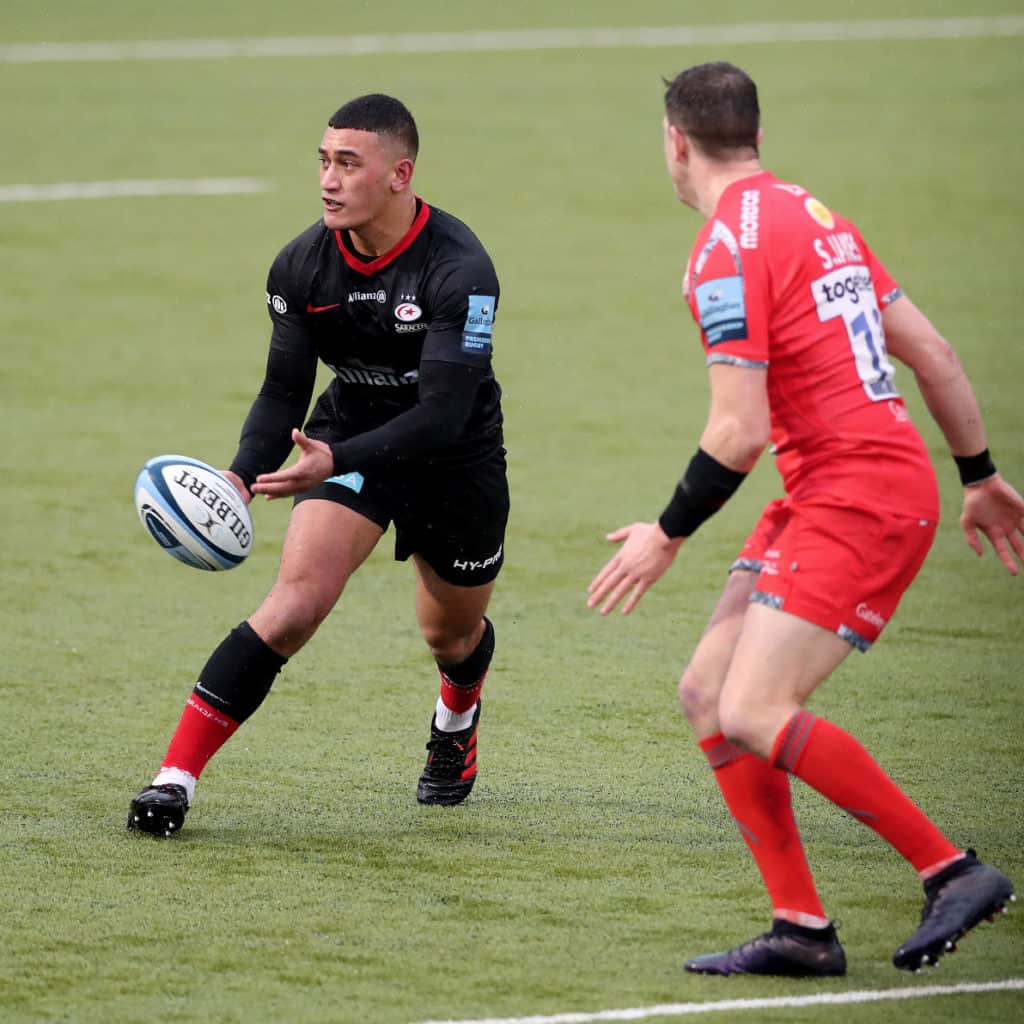 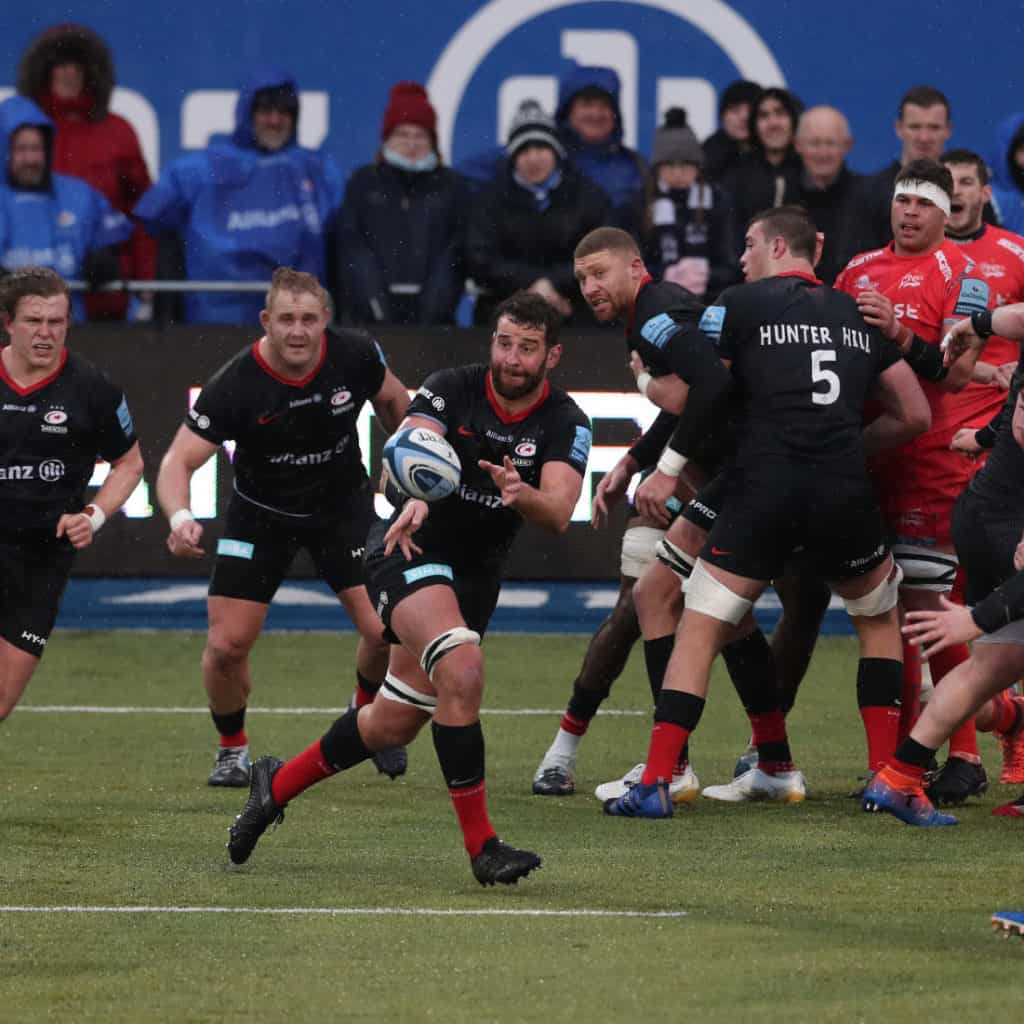 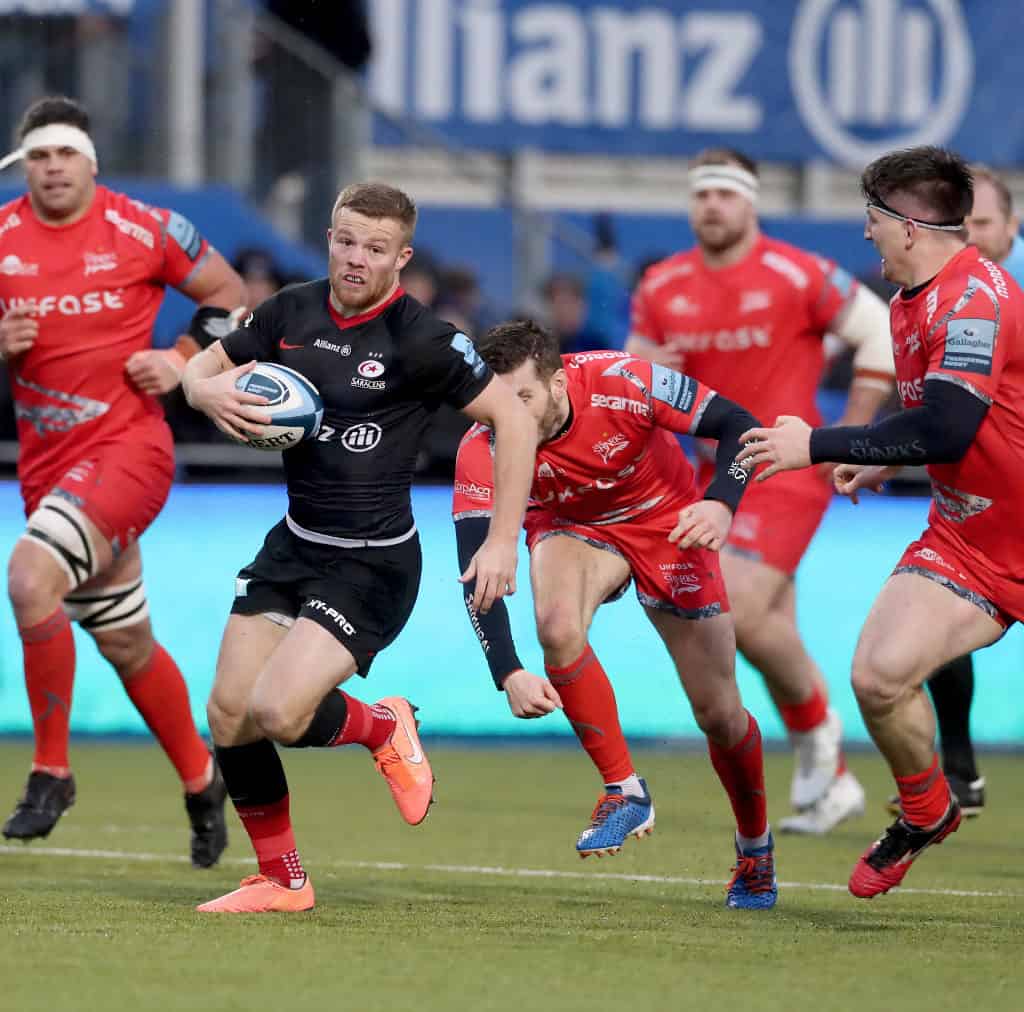