“We tried to show togetherness and fight for each other and that showed.” – Rotimi Segun

Saracens marked their 100th Heineken Champions Cup game in style as they put in an emphatic performance to secure a bonus-point win over Ospreys at Allianz Park.

Debutant Elliot Daly produced a man-of-the-match performance from full-back in an afternoon of firsts, with Jack Singleton claiming his first try in Saracens colours and winger Rotimi Segun scoring his first, and then second, European try. Further efforts from Alex Lewington and Richard Barrington plus a penalty try completed the rout, helping Sarries to a 44-3 victory.

With both sides looking to get off the mark in the Pool, it was no surprise the first half of action in north London was played at a high tempo. Saracens flew out of the blocks in the early periods, using quick ball to move the Ospreys defence around and create opportunities across the park. It was a frantic start to proceedings, not helped by wet conditions which led to a number of handling errors across both sides.

Home pressure paid off however as the Men in Black took an early lead thanks to a long-range penalty for Daly, before Singleton bundled over the try line to extend the home side’s advantage and collect his first score in a Sarries jersey.

A James Hook strike put the Opsreys on the scoreboard, in what would prove to be the Welsh outfit’s sole points, but despite their chances the visitors struggled to make their mark on the game as Saracens settled in to their groove.

The half-hour point was marked by a fine effort from Segun as the winger showed a trademark turn of pace to power down the wing for his first try in Europe following a superb Tom Whiteley volleyed-assist on his maiden Champions Cup start. Two tries to the good and the Wolfpack were in cruise control, adding a third moments later as Lewington rounded off a flowing move.

The all-important bonus point score came just 10 minutes in to the second half. Duncan Taylor’s slick hands set Daly on a rampage and the England international’s flick out the back door provided Segun with an open field to trot into and he made no mistake with the finish.

It summed up a fine day for Saracens’ back line whose performances, including that of man of the match Daly, lit up NW4 throughout.

However it was the forwards who had the final say with their industrious work resulting in two late tries. First the pack claimed a penalty try before Barrington barged over the whitewash.

Ospreys’ second-half performance was not without its chances, however Saracens were as efficient in defence as they were dynamic in attack, closing down each opportunity to prevent the Welsh region from adding to their tally and in turn securing an impressive 44-3 victory. 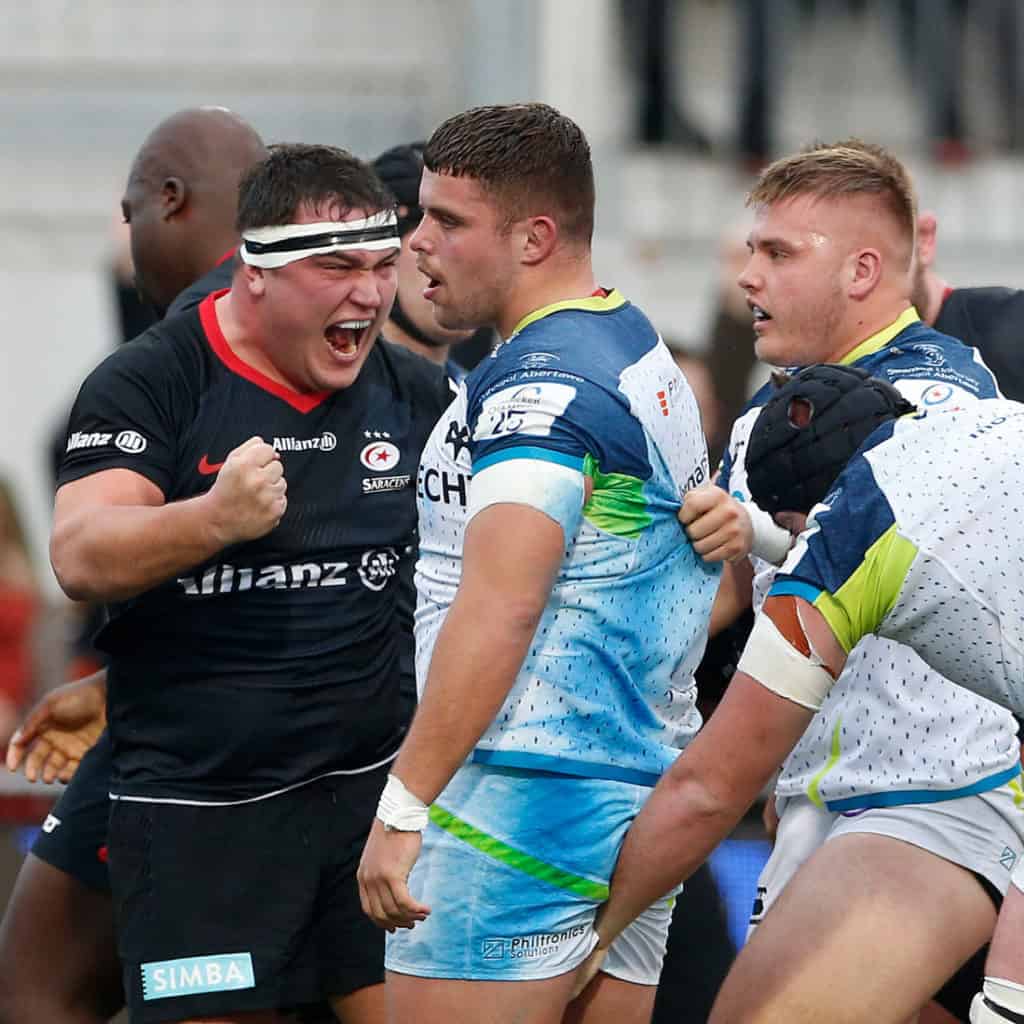 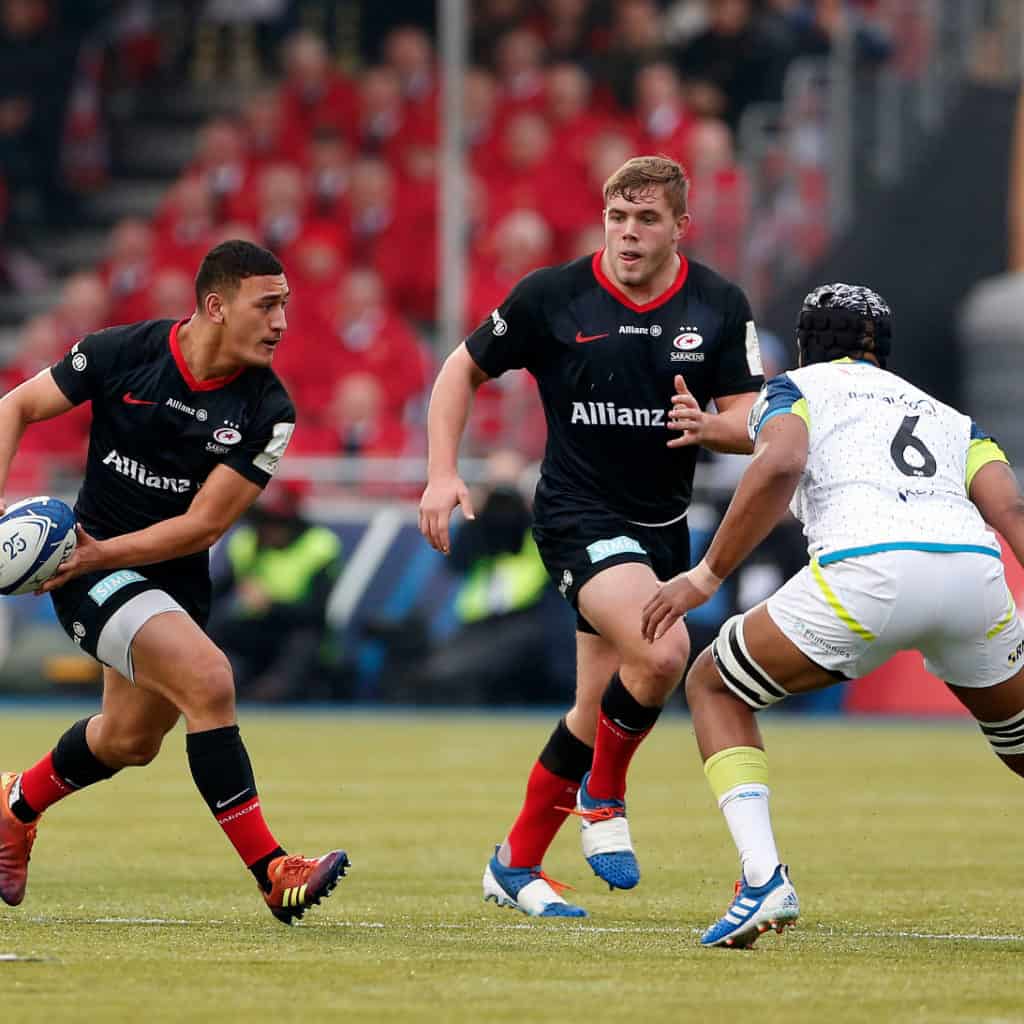 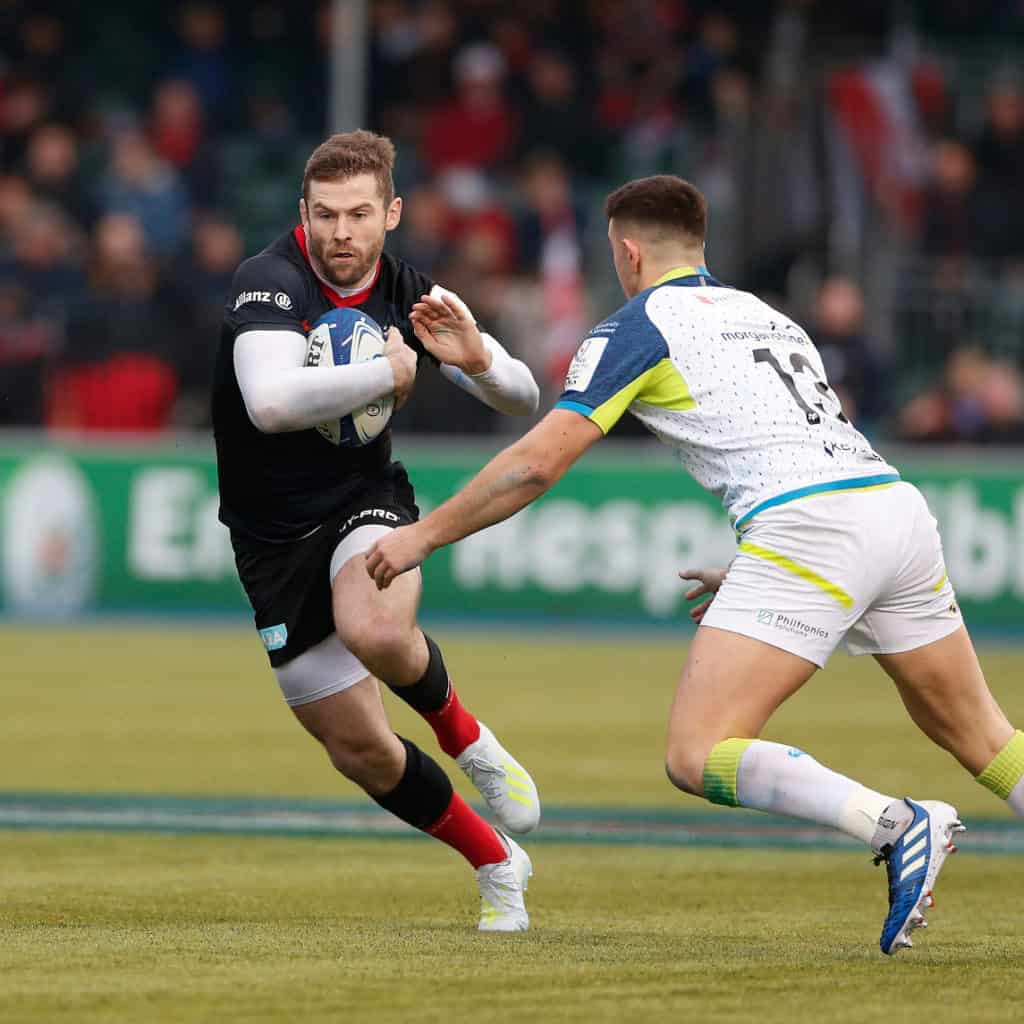 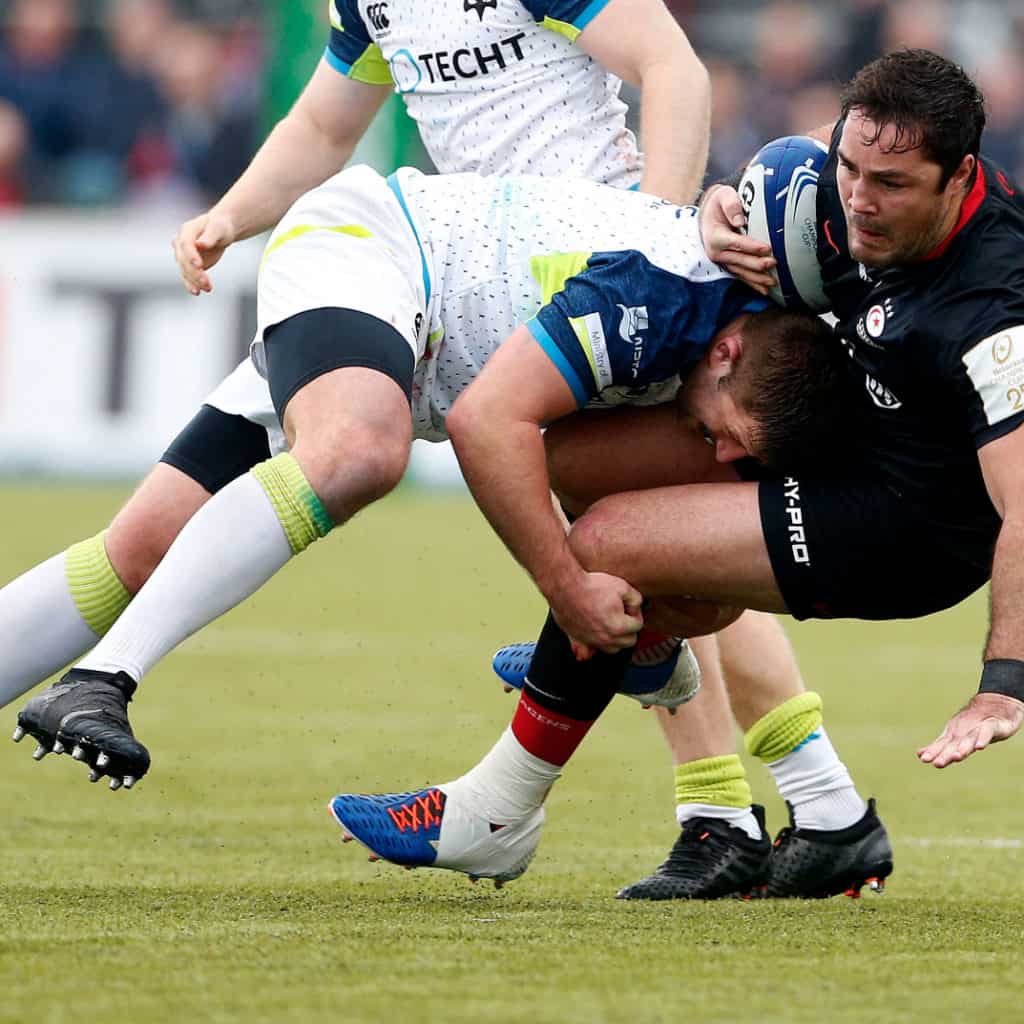 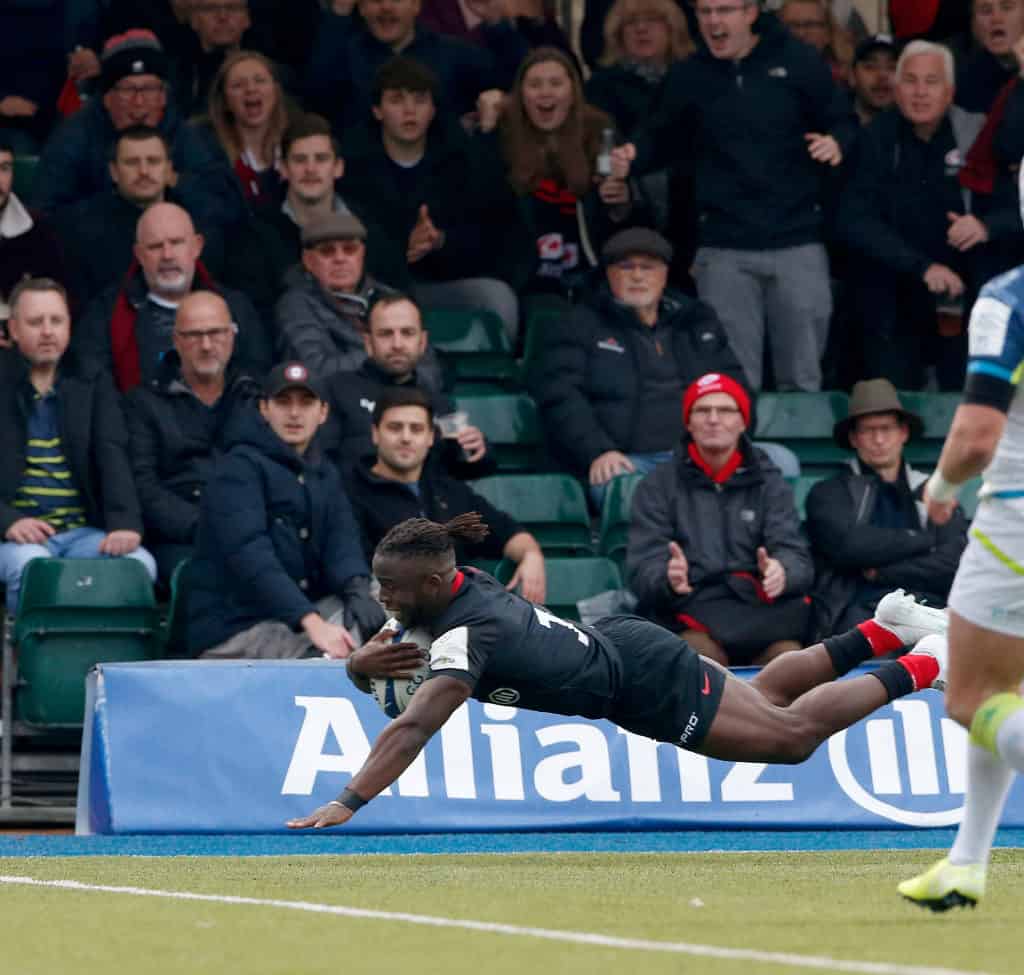 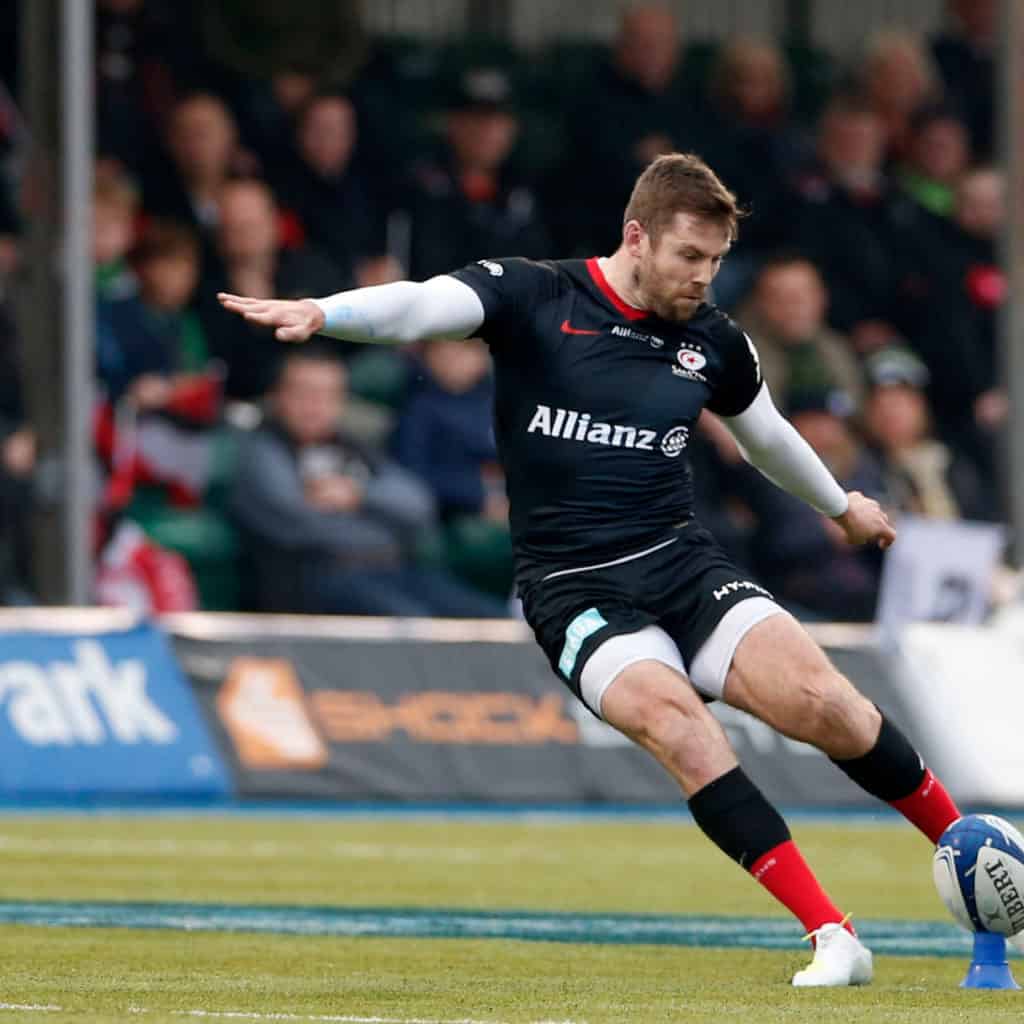 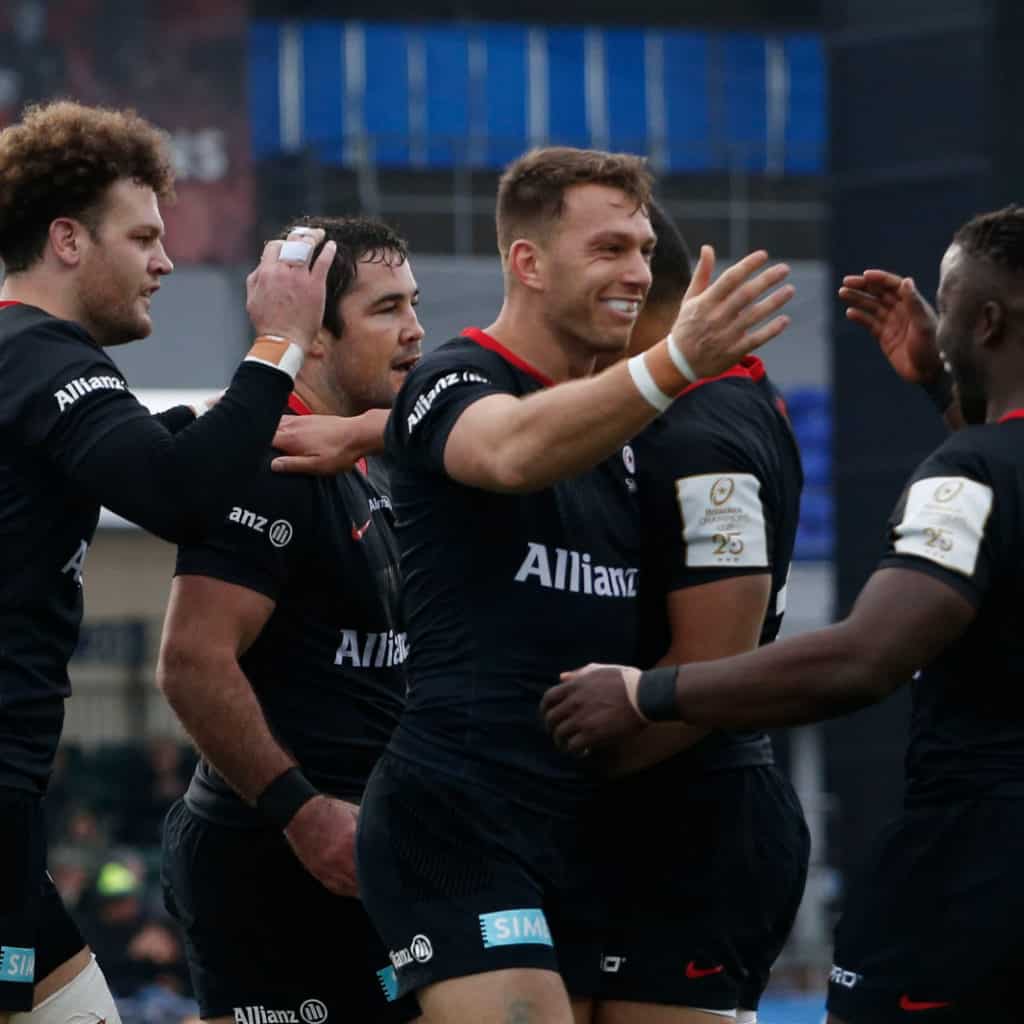 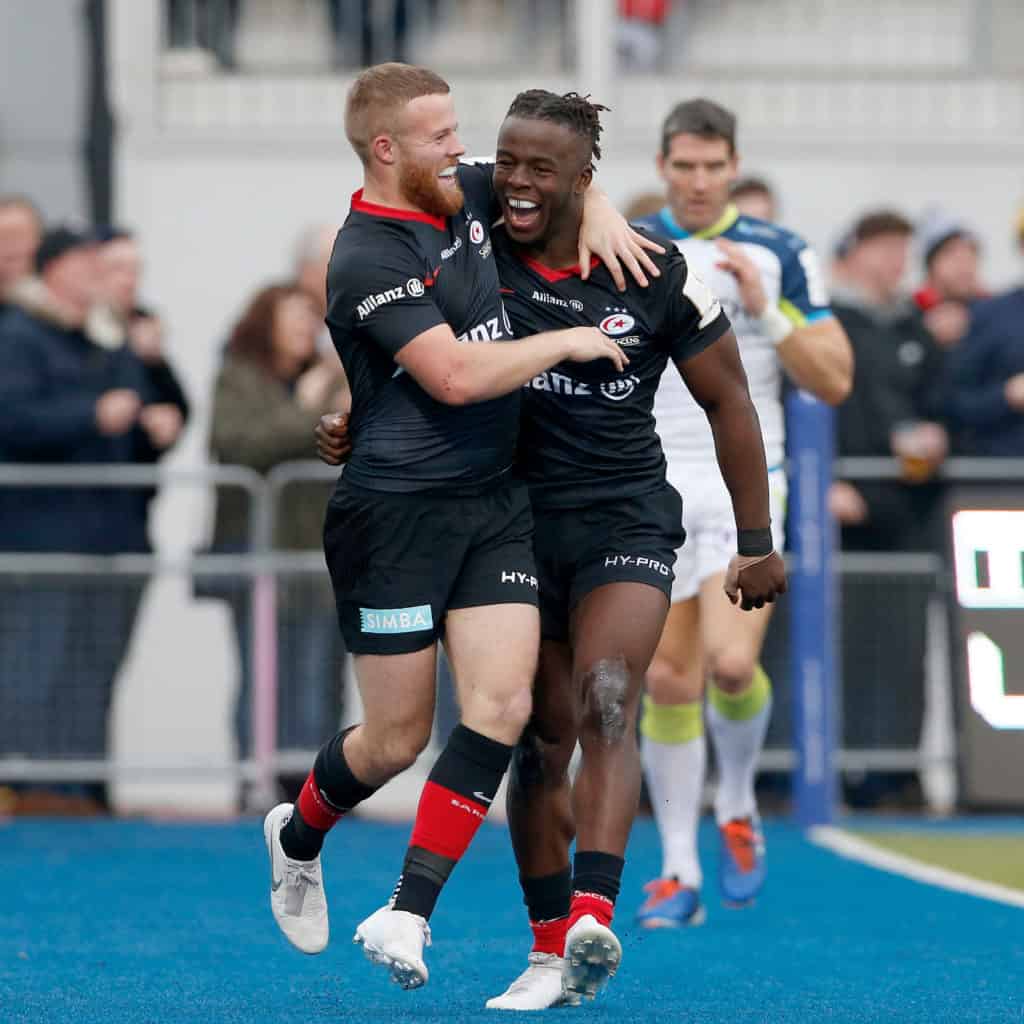 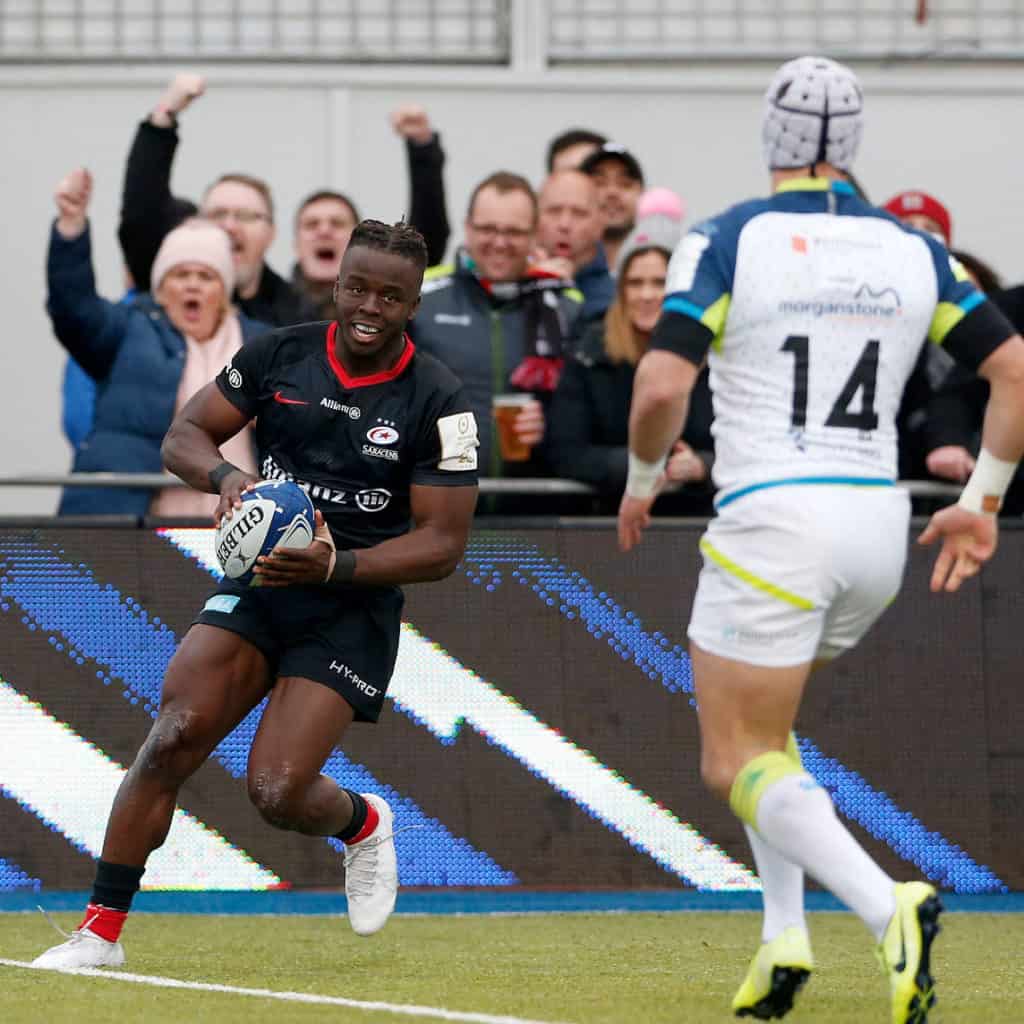