“We really wanted to get off to a fast start. We expressed ourselves; we’re excited for where we can take it and hopefully we can get better.” – Alex Lozowski

Saracens made a happy start to the New Year with an emphatic 62-5 victory against Worcester Warriors at a sold-out Allianz Park.

The relentless nature of the performance was showcased within half an hour as Ben Earl, Rotimi Segun, Brad Barritt and Mako Vunipola crossed to earn Sarries a bonus point.

Segun made it five tries before the interval and efforts from Richard Barrington and Maro Itoje took the Men in Black just shy of the 50 total.

On a chilly afternoon in north London, there was plenty of heat in Saracens’ display from the off. A late addition to the starting XV, Segun got his hands on the ball early on, bursting upfield to set the hosts on their way.

Nick Isiekwe and Billy Vunipola followed up with industrious carries and Earl knocked off a couple of white shirts to stretch for his sixth try of the campaign.

A pursuit for a second score lasted four minutes. The in-roads were made by forward leg drives – Mako Vunipola, Will Skelton and Jamie George all making yards – but it was a back who finished the phases off.

Full-back Elliot Daly joined the backline and his looping pass sent the flying Segun on his way to the corner.

Fidlow had a short trot up the left which kept Sarries’ attention levels on a high, though it was rare they needed to be called into defensive action as they continued their ferocious attack.

Showing the Warriors centres a clean pair of heels, Lozowski scooted down the heart of the pitch and switched with a forever-threatening Billy Vunipola as Saracens marched on. Pressure on Worcester eventually told again.

Owen Farrell’s bomb was well taken in the air by man-of-the-match Alex Lewington who was hauled down a metre or so from the whitewash. Referee Craig Maxwell-Keys called proceedings back for a penalty which went straight to the five metre and after the pack had set a solid maul, Barritt joined in to get the final touch.

Another Segun break put Sarries back on the front foot as they searched for the early bonus. It came on 30 minutes. Richard Wigglesworth’s precise box kick was claimed by Farrell and when George almost snuck over on a sprint, Mako Vunipola crashed home to complete a fine piece of play.

Worcester’s only sniff at first-half points as Jono Lance’s chip caused slight panic in the Saracens ranks. In their best position in the opening 40, the Wolfpack managed to push the Sixways outfit back to the 22 with some brutal hits.

One from Farrell was deemed slightly high and Warriors were afforded a second opportunity in the danger zone, however Skelton singlehandedly destroyed a maul, Worcester recoiled and Sarries cleared.

Second row Anton Bresler was yellow carded for an illegal shot on Mako Vunipola at a ruck, and with a man advantage, Earl’s scamper resulted in Farrell picking out Segun with a pinpoint crossfield and the Academy graduate only needed to step a yard for his second of the game.

Saracens began the second period in the same unyielding manner. Twice Mark McCall’s men were held up over the line before replacement Barrington burrowed his way to five points.

Then one of the moves of the match saw Itoje touch down. The England international made the initial incision and found Wigglesworth in support. Lamositele then barrelled through Worcester bodies and the ball was flung wide for Earl to make an in-road. When he was tackled, Itoje snuck in from close range.

Regrouping following a bad injury to Fatialofa, Fidow collected his own chip to notch Worcester’s only mark on the scoreboard.

Segun attempted similar in response and sent Taylor in when he gathered and the Scotland centre thought he had grabbed his brace only to be denied by defensive hands.

Wray scored from the resulting scrum and Daly’s surge made it double figures, sprinting on the diagonal after some neat offloads, to round off a fine beginning to 2020. 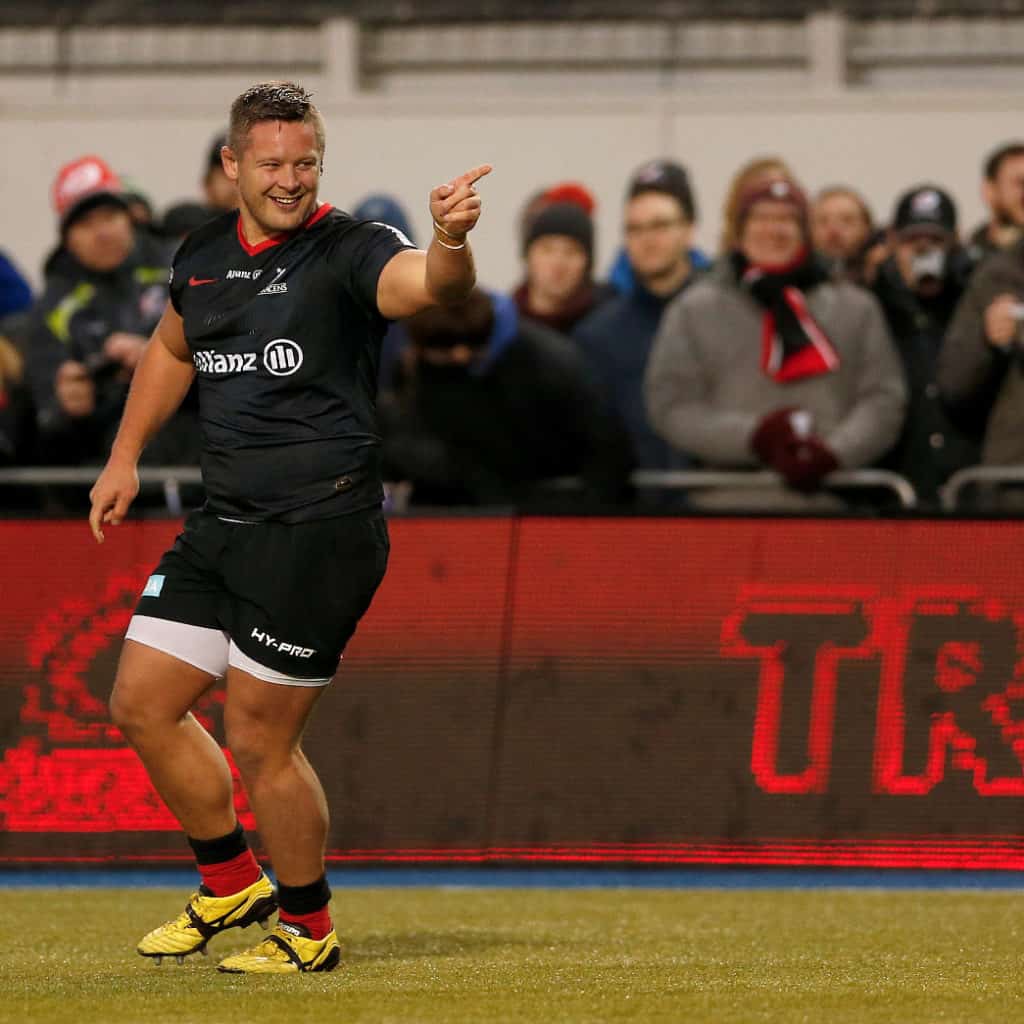 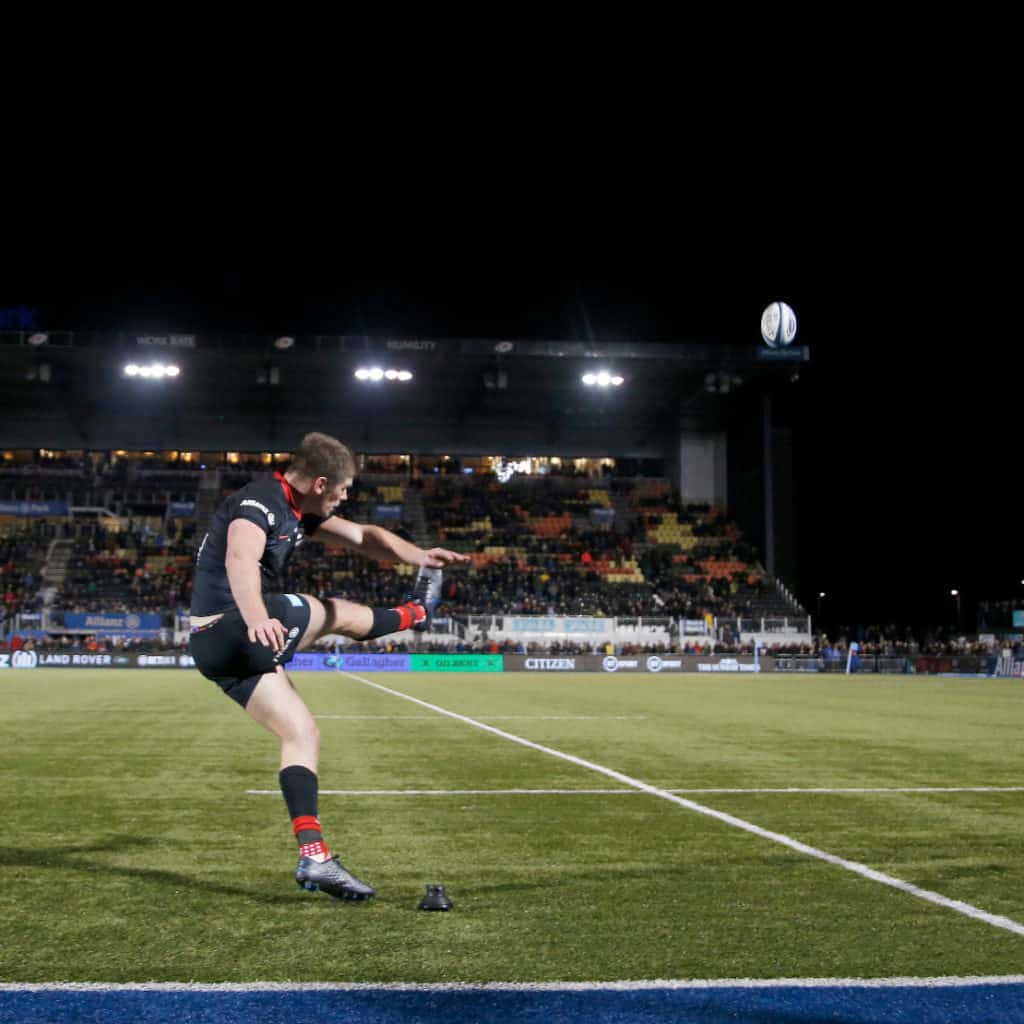 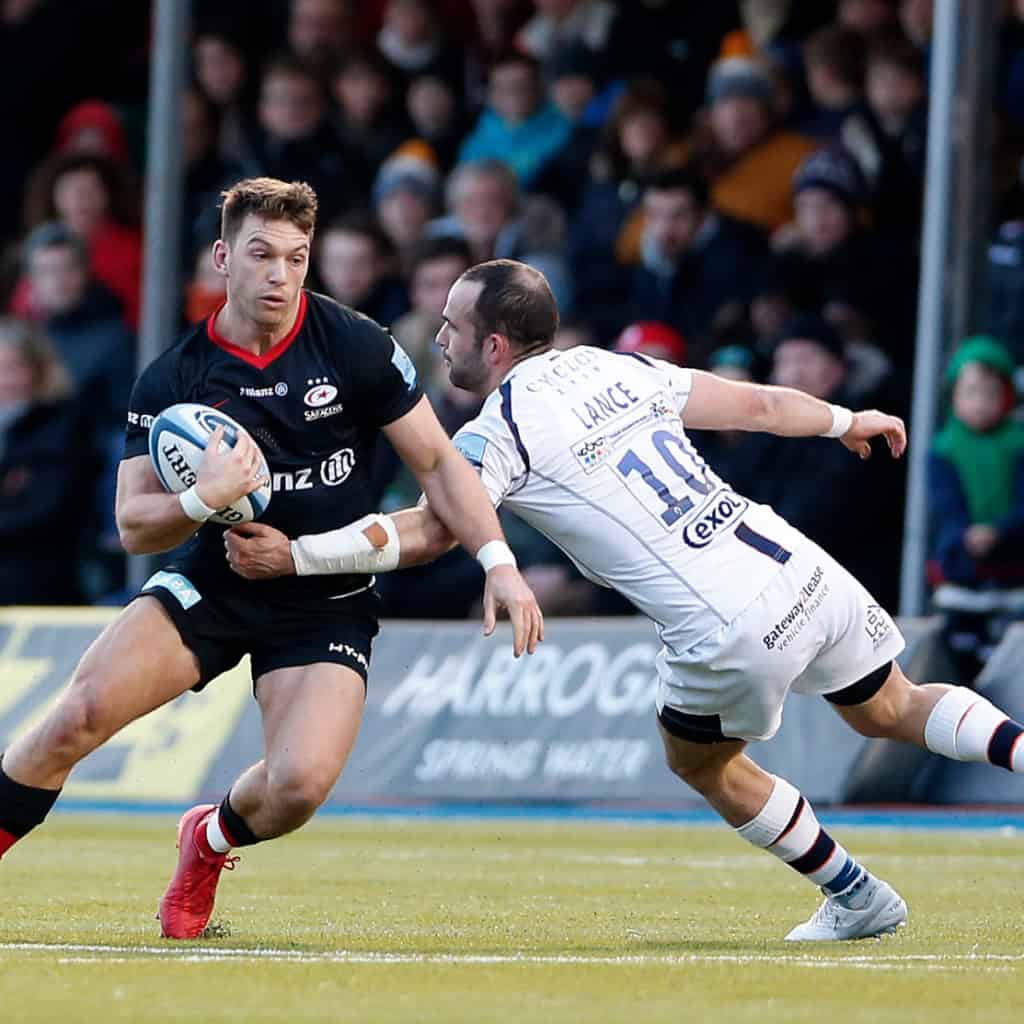 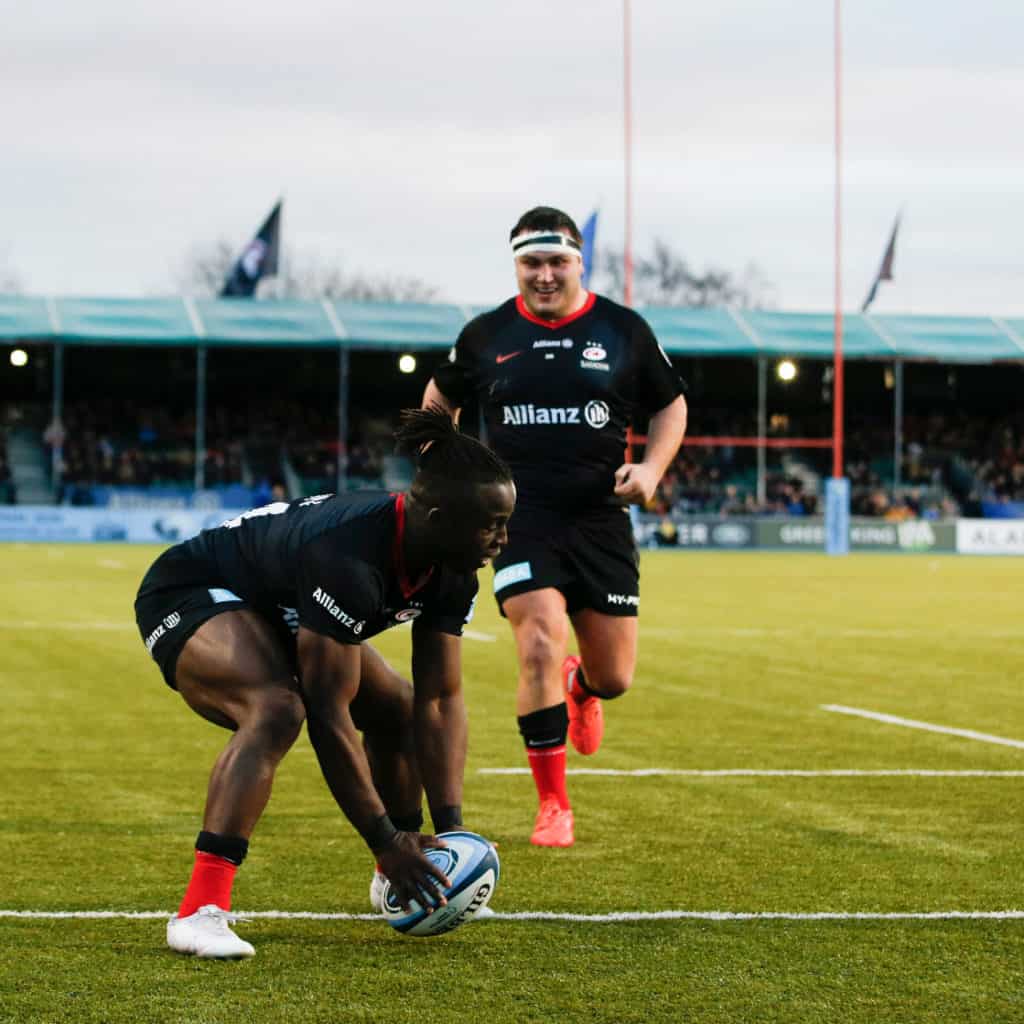 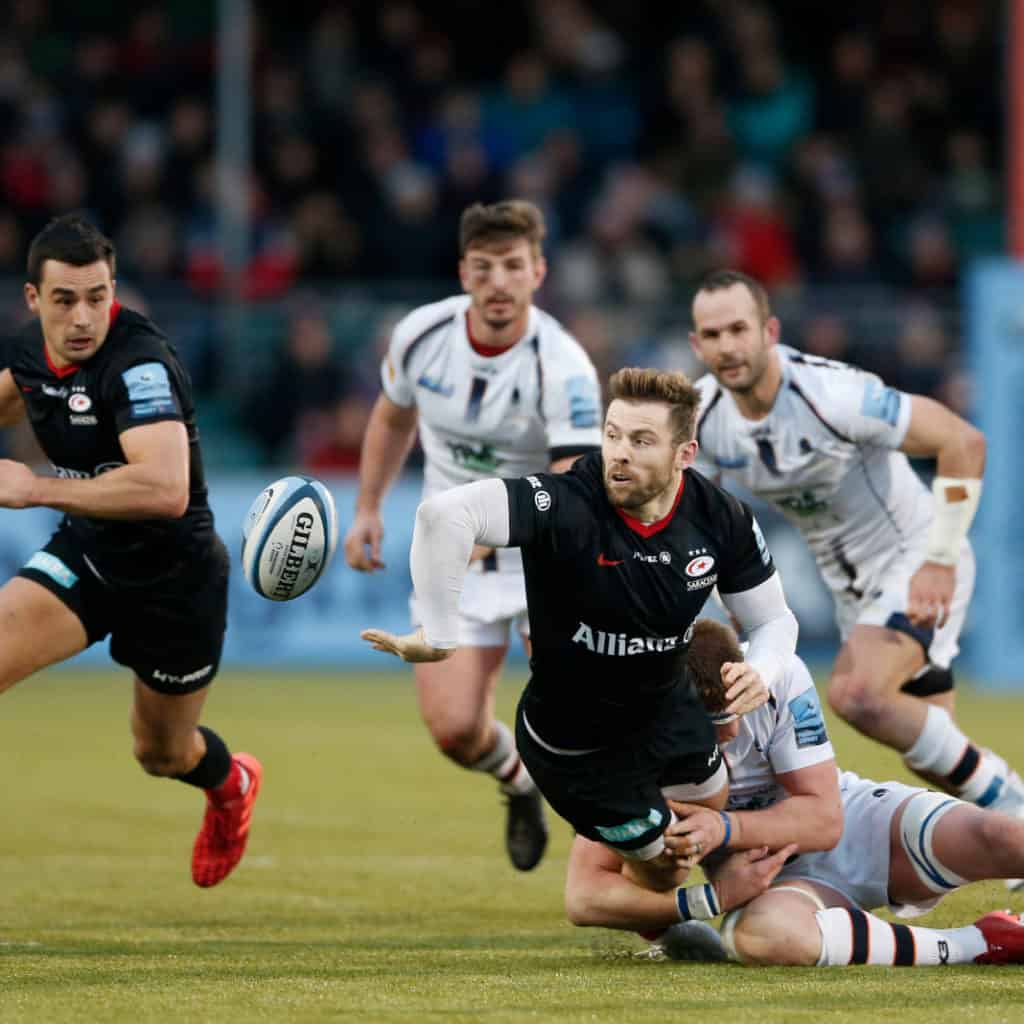 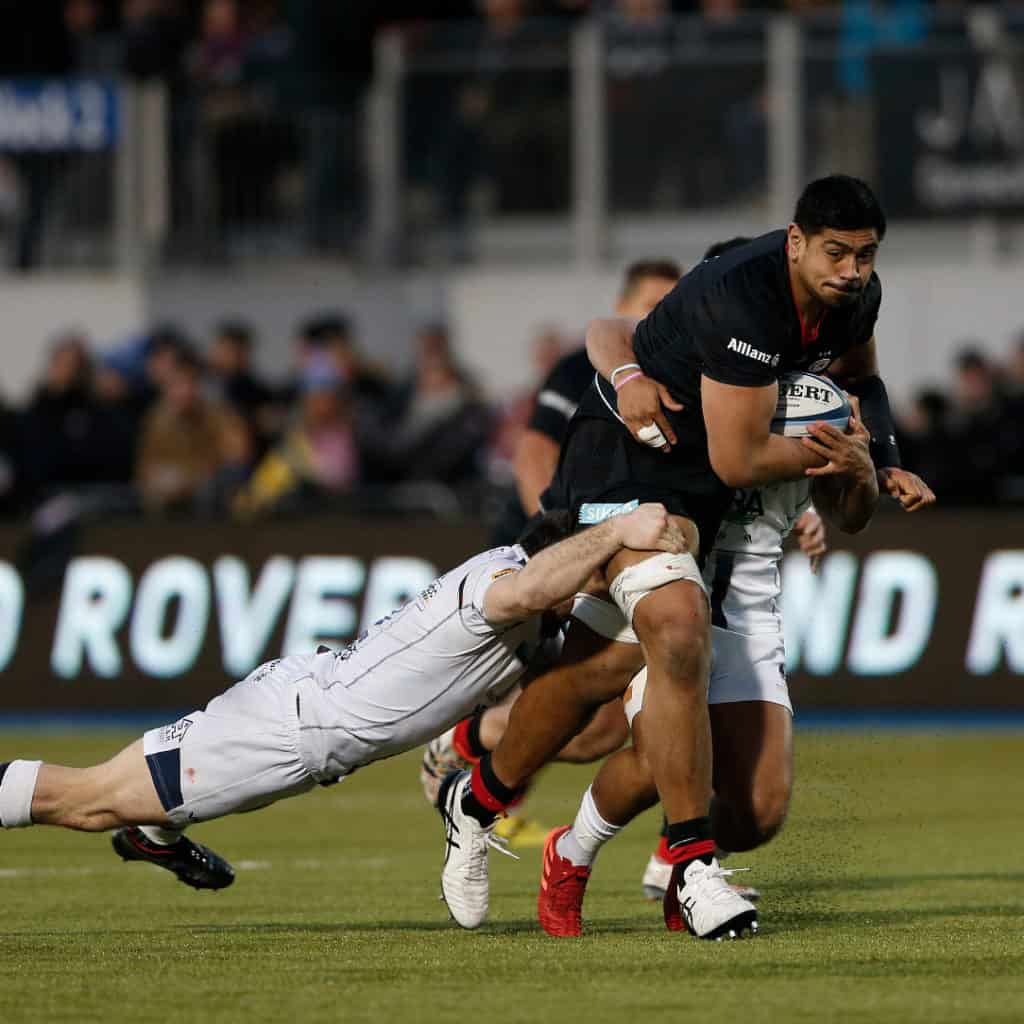 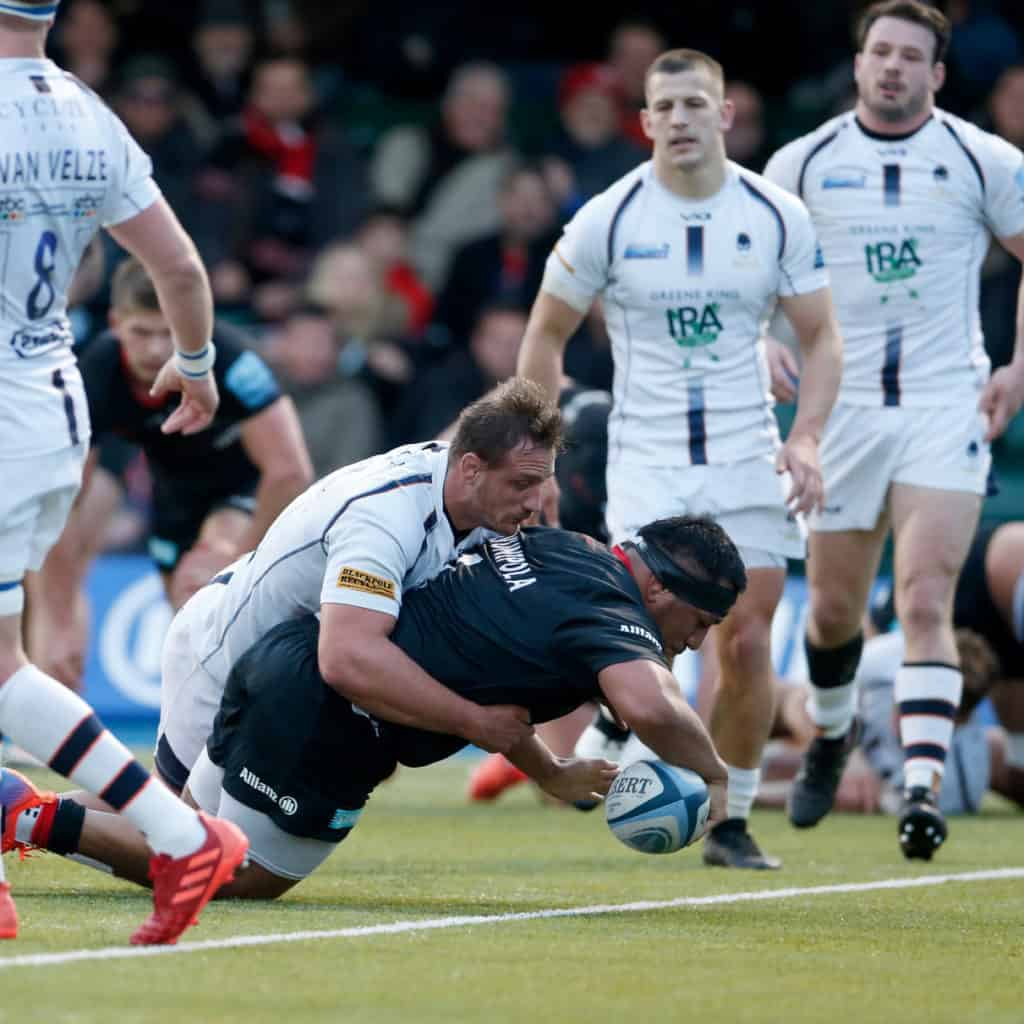 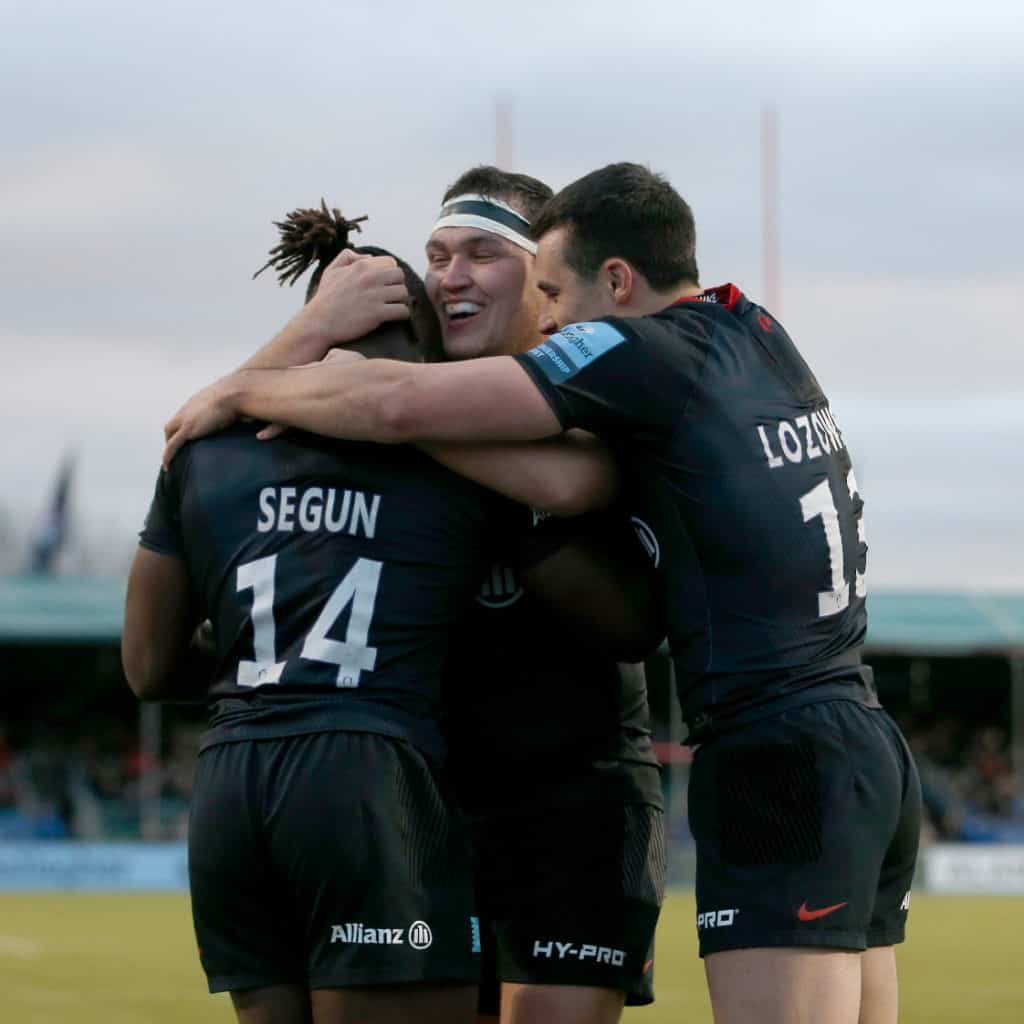 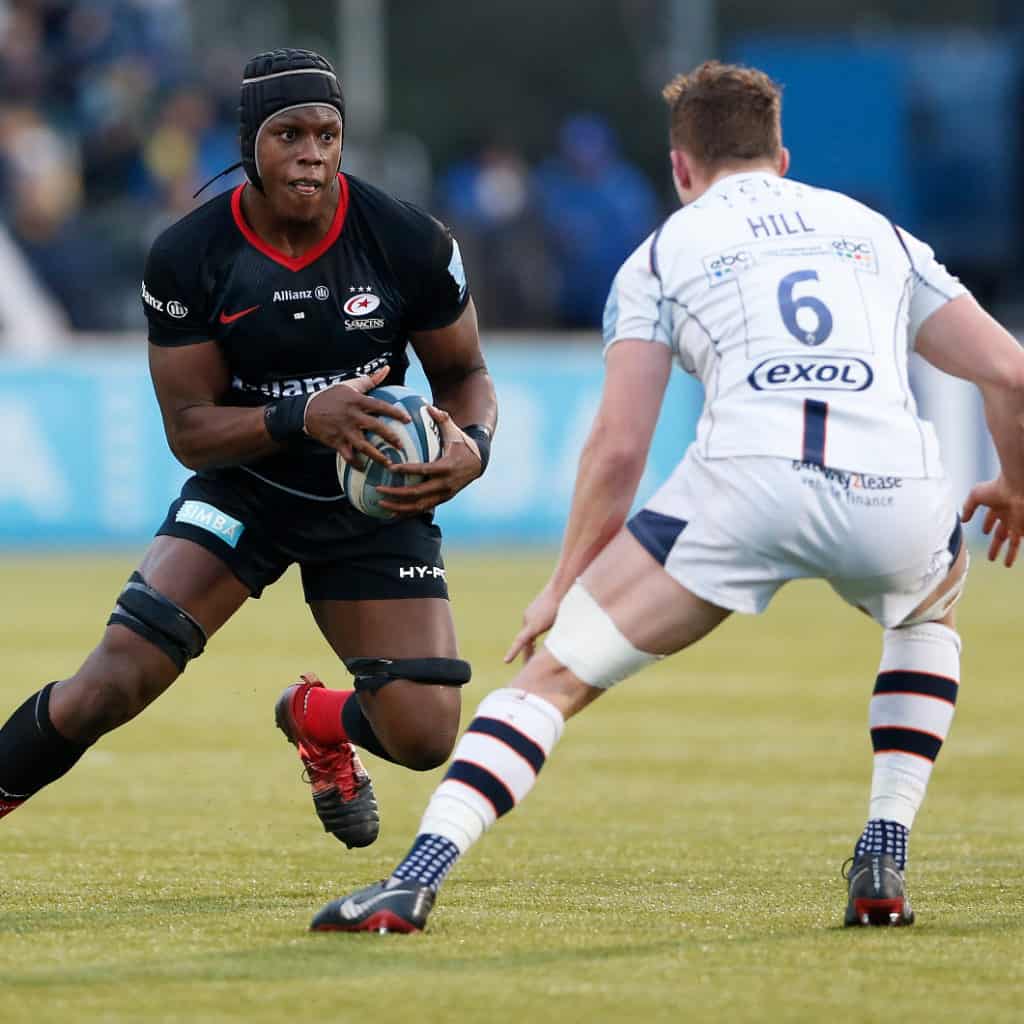 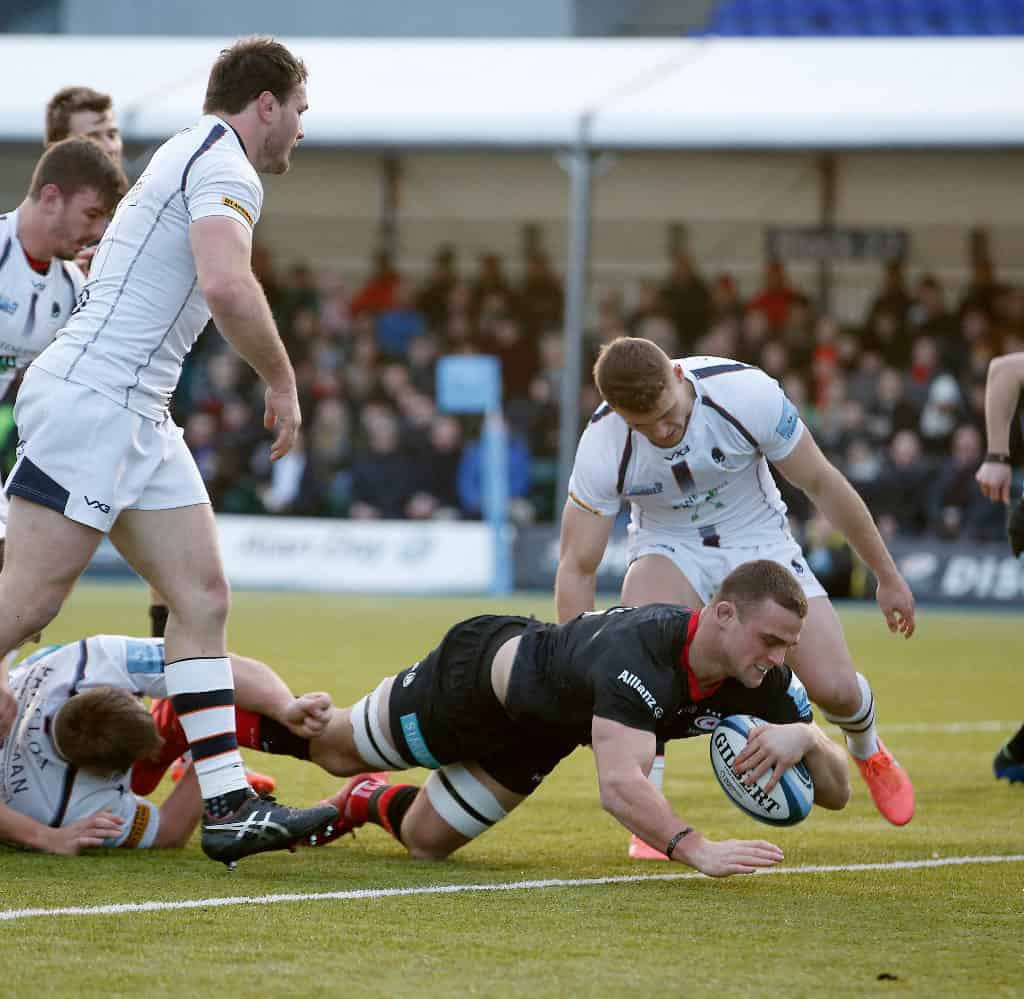 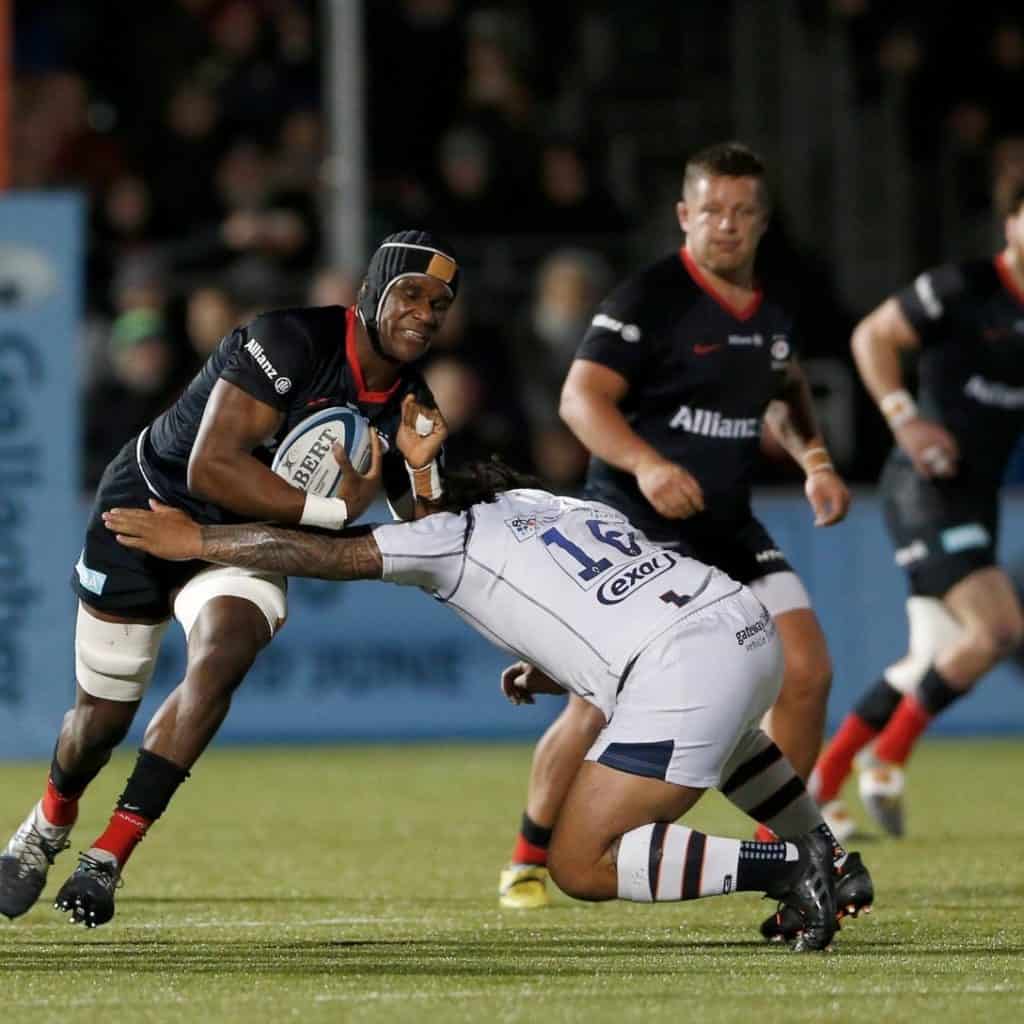 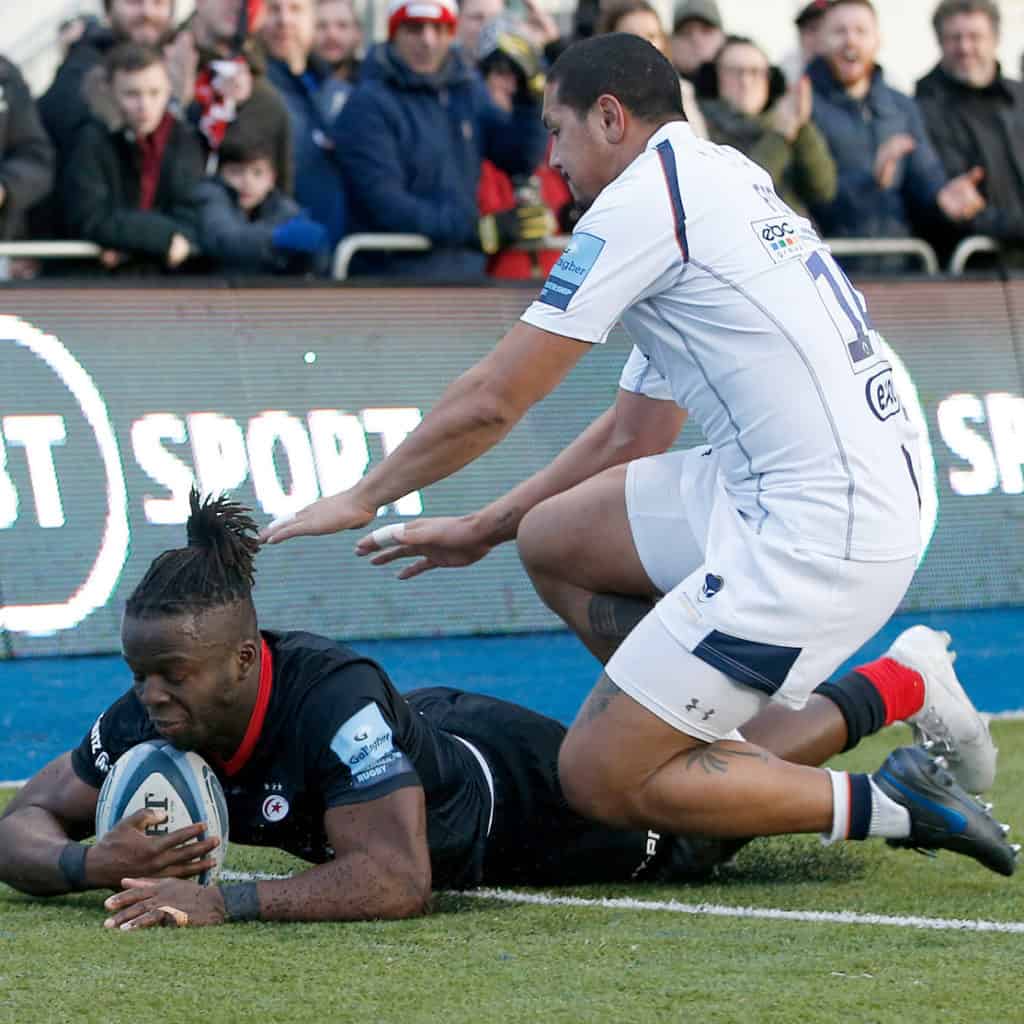