“Any time you play a tough London derby and come away with a 21-5 win, you’ve got to be happy.”

Saracens Women maintained their 100 percent start to the season by recording their fifth straight win in emphatic style against London rivals Wasps Ladies.

The Women in Black dominated the first half but were frustrated until seconds before the break when Vicky Fleetwood opened the scoring. Saracens then grabbed two more converted tries in the second half to remain top of the Tyrrells Premier 15s.

The home side looked fresh from the fortnight’s break, and returning England internationals Fleetwood – starting at flanker – and Sarah McKenna were at the heart of the action, the former going over on the stroke of half-time after Hannah Casey’s strong run created an overload on the right.

It was just reward for Saracens’ sustained pressure, and they continued in the same vein after the break, winning a penalty try in the 47th minute which was again converted by the impressive Lauren Cattell.

Minutes later captain Lotte Clapp brilliantly intercepted a pass just inside the halfway line and scorched clear to touch down between the posts to make it 21-0, but the visitors scored their first points of the day shortly after.

Saracens had chances to add to the score late on, but a fourth try which would have secured the bonus point proved elusive. 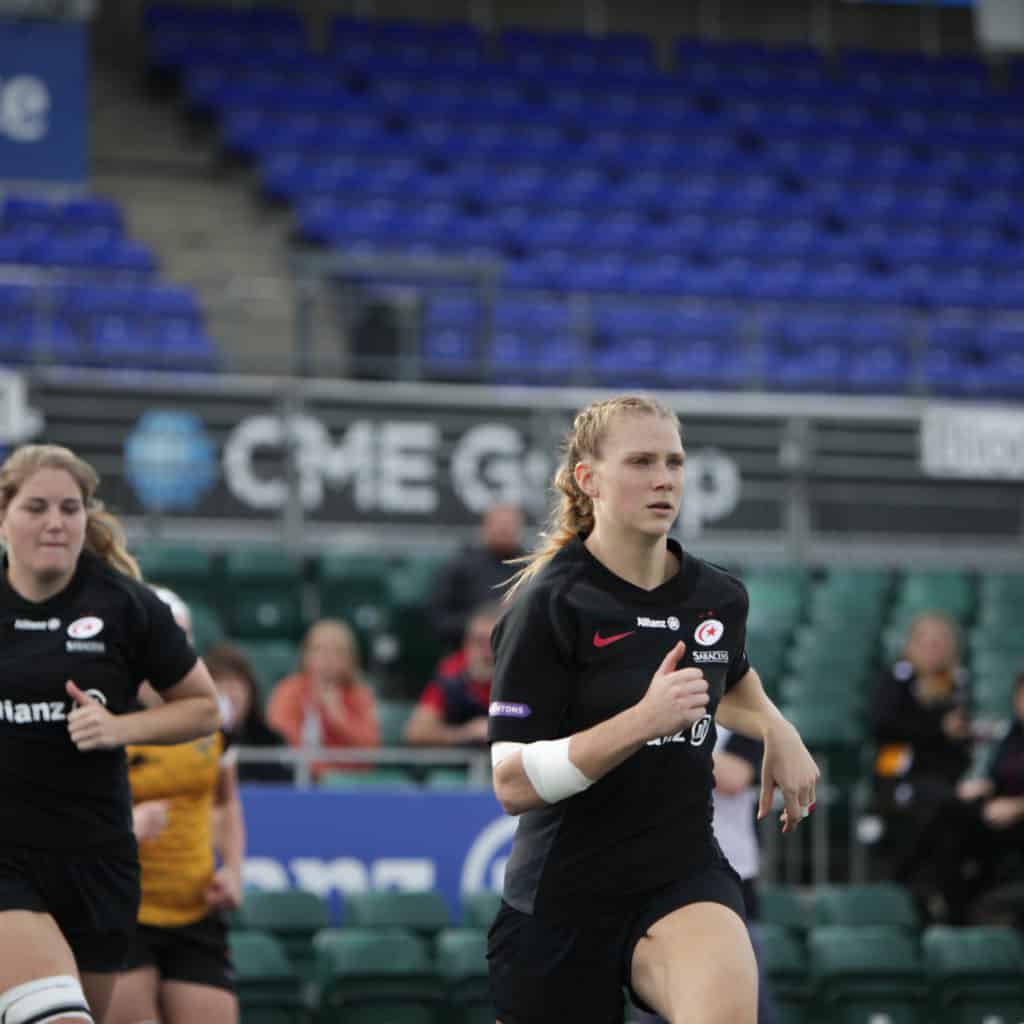 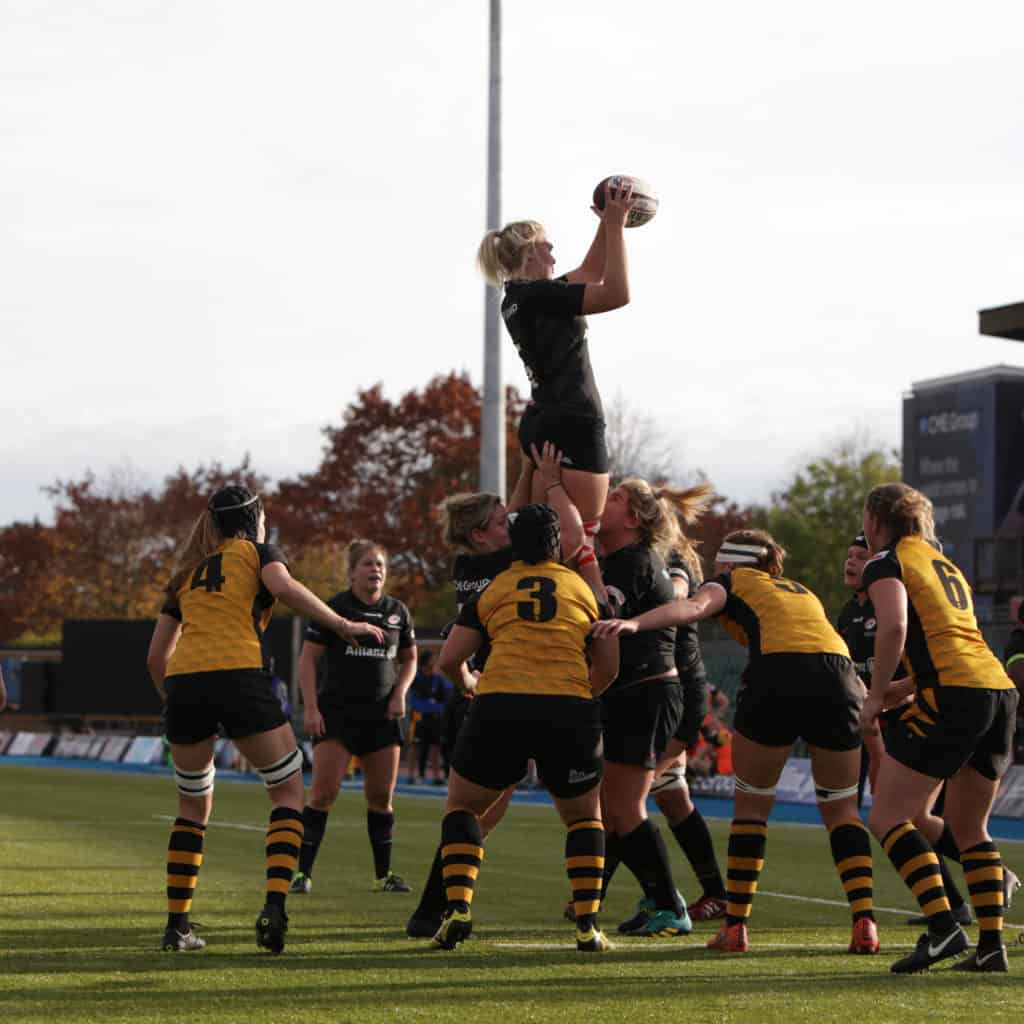 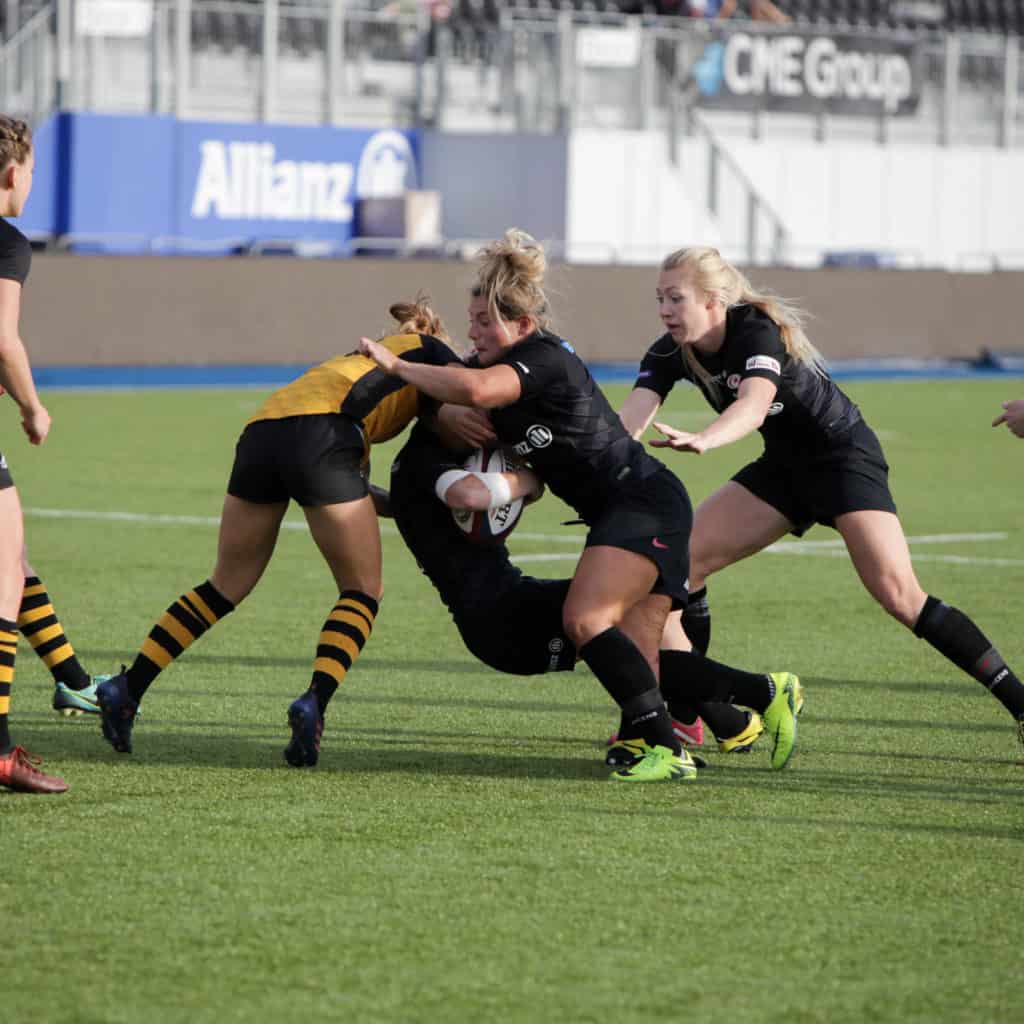 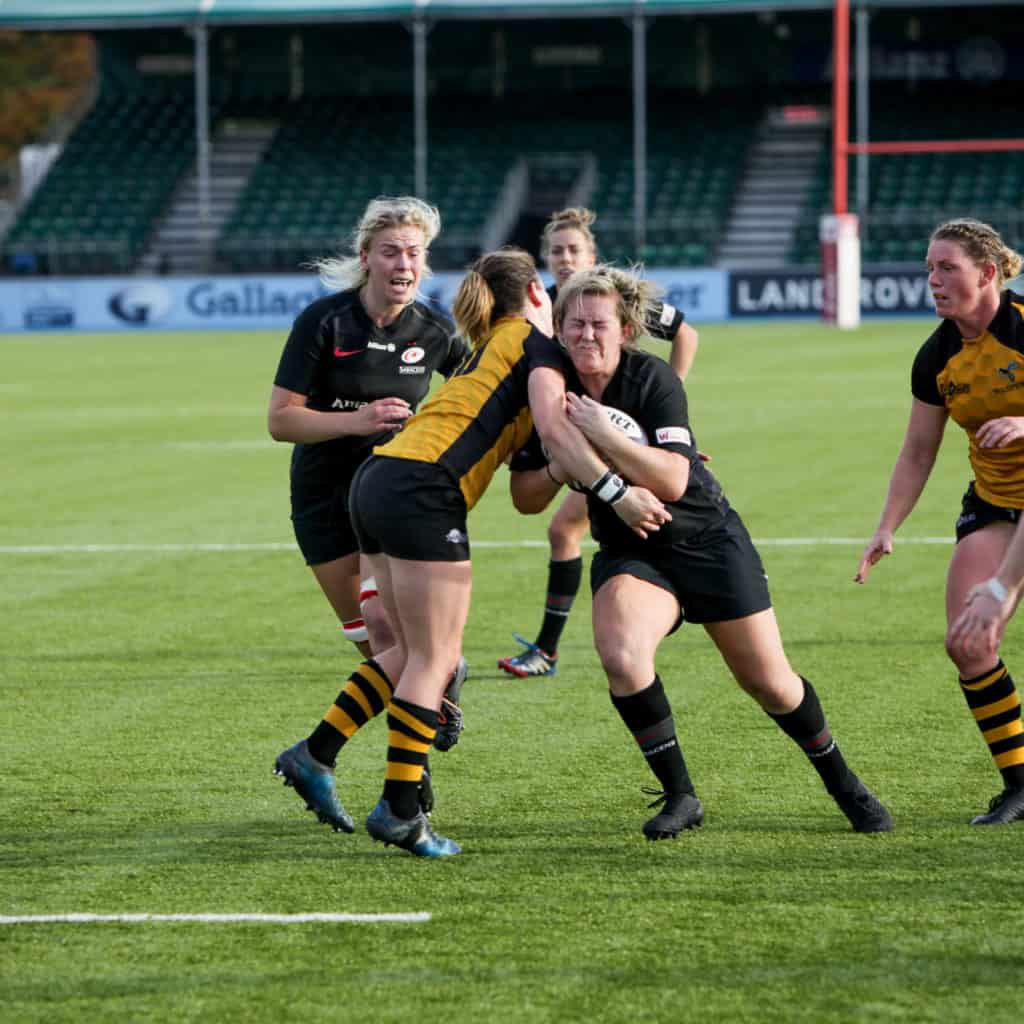 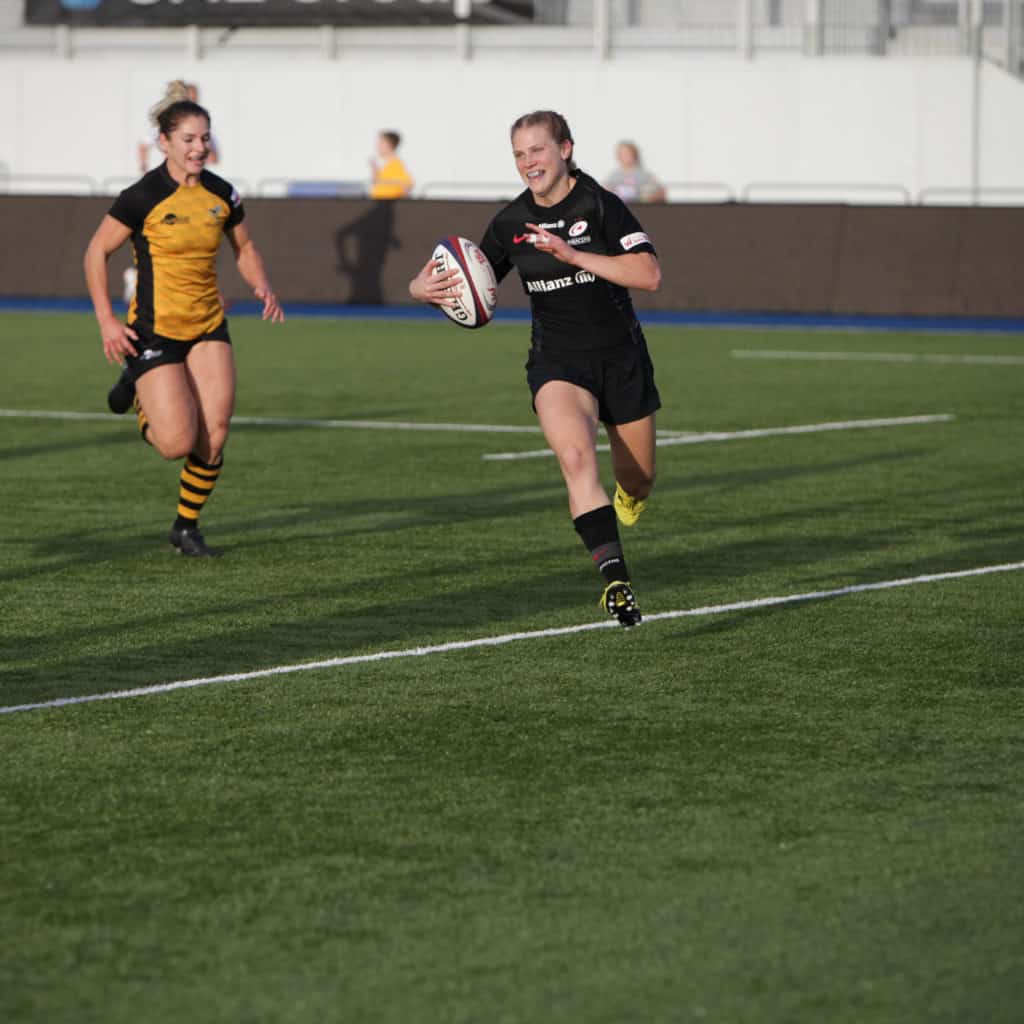 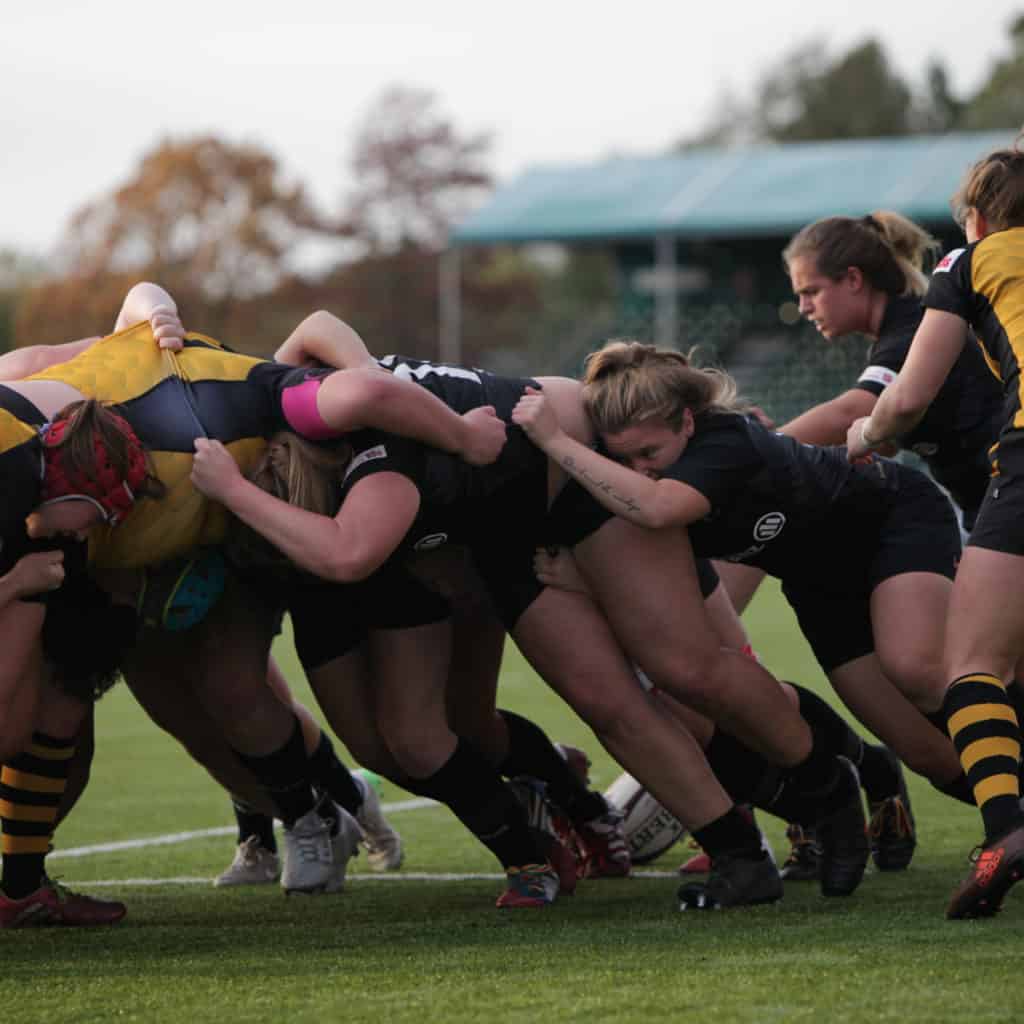