“It wasn’t a perfect performance that all coaches aspire to, but there were a lot of positives in there”

Unbeaten Loughborough arrived at Allianz Park with a four-point lead over Sarries but had no response to the speed and power of the Women in Black, who leapfrog their rivals and lead by a point.

After a cagey opening spell, Saracens broke the deadlock when Jeani Layola bundled over in the left corner from a maul in the 29thminute.

That sparked a period of domination from the hosts and they made their possession count when Kat Evans doubled the lead on the stroke of half-time after a powerful drive from a Saracens lineout five metres from the try line.

Saracens put the game to bed with a superb five-minute spell midway through the second half. First Lauren Cattell carved open the Loughborough defence and powered clear, just touching over as she was tackled.

Then Nina Vistisen broke through with a burst of pace and offloaded to Hannah Casey to go over in another great move.

Replacement Sarah Bebbington got in on the act with a late try, and although Loughborough threatened briefly towards the end, Saracens held firm for a convincing, important victory.

Head coach Alex Austerberry said: “Result-wise, to get a bonus point win against Loughborough is brilliant, and to go back to the top of the league is fantastic.” 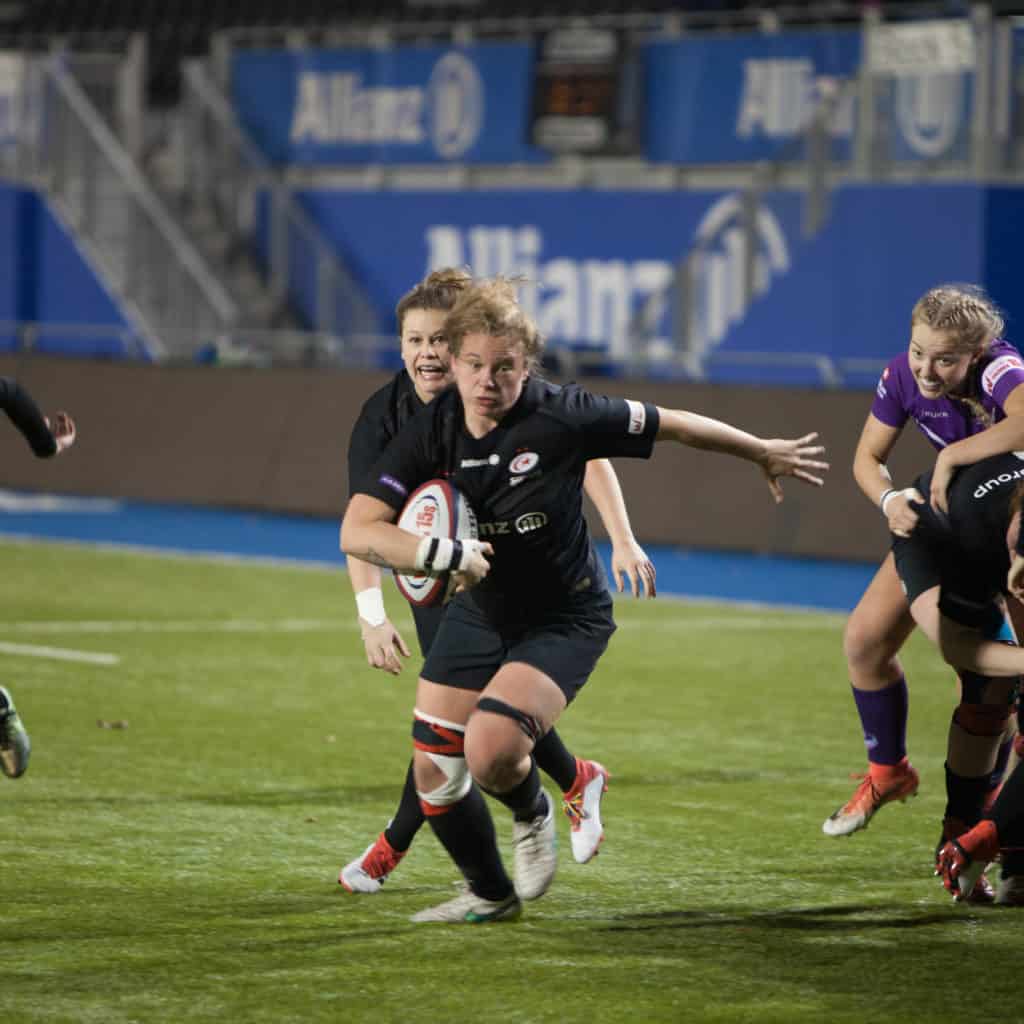 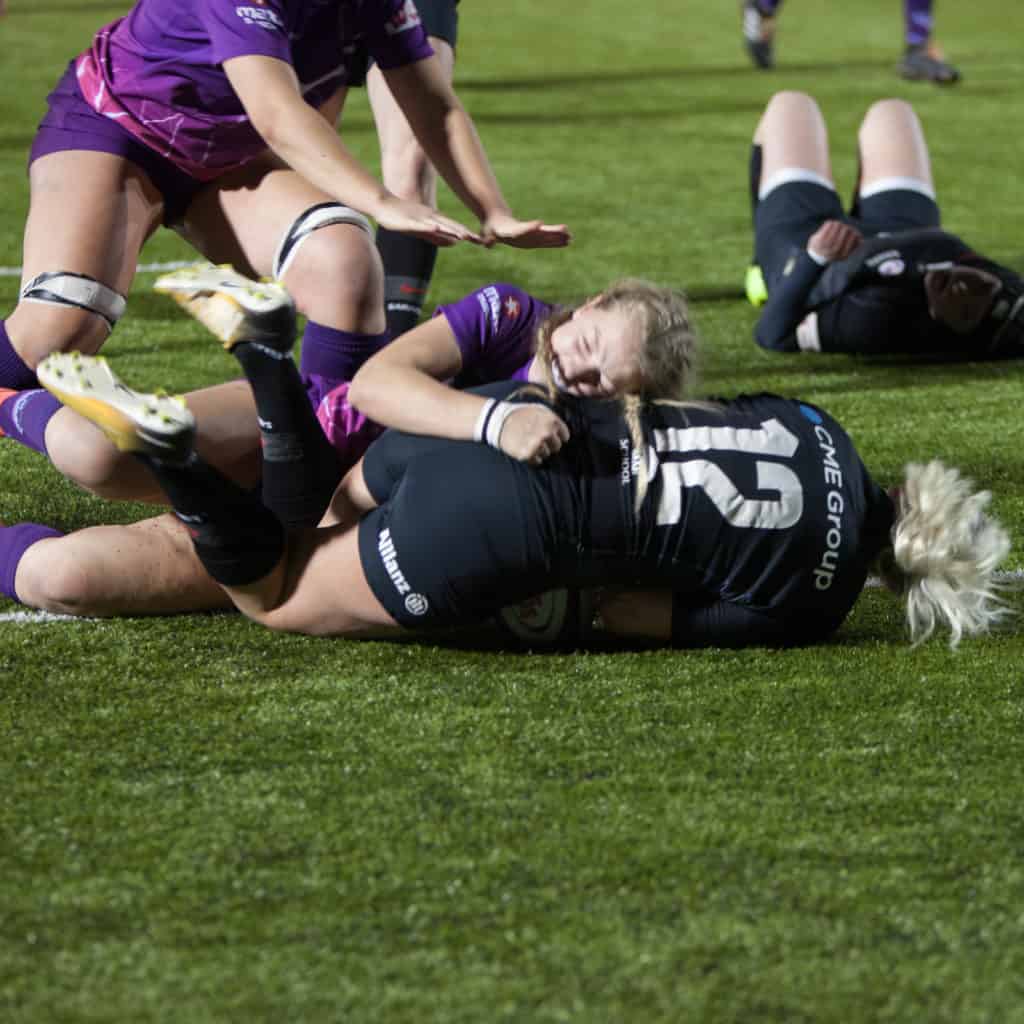 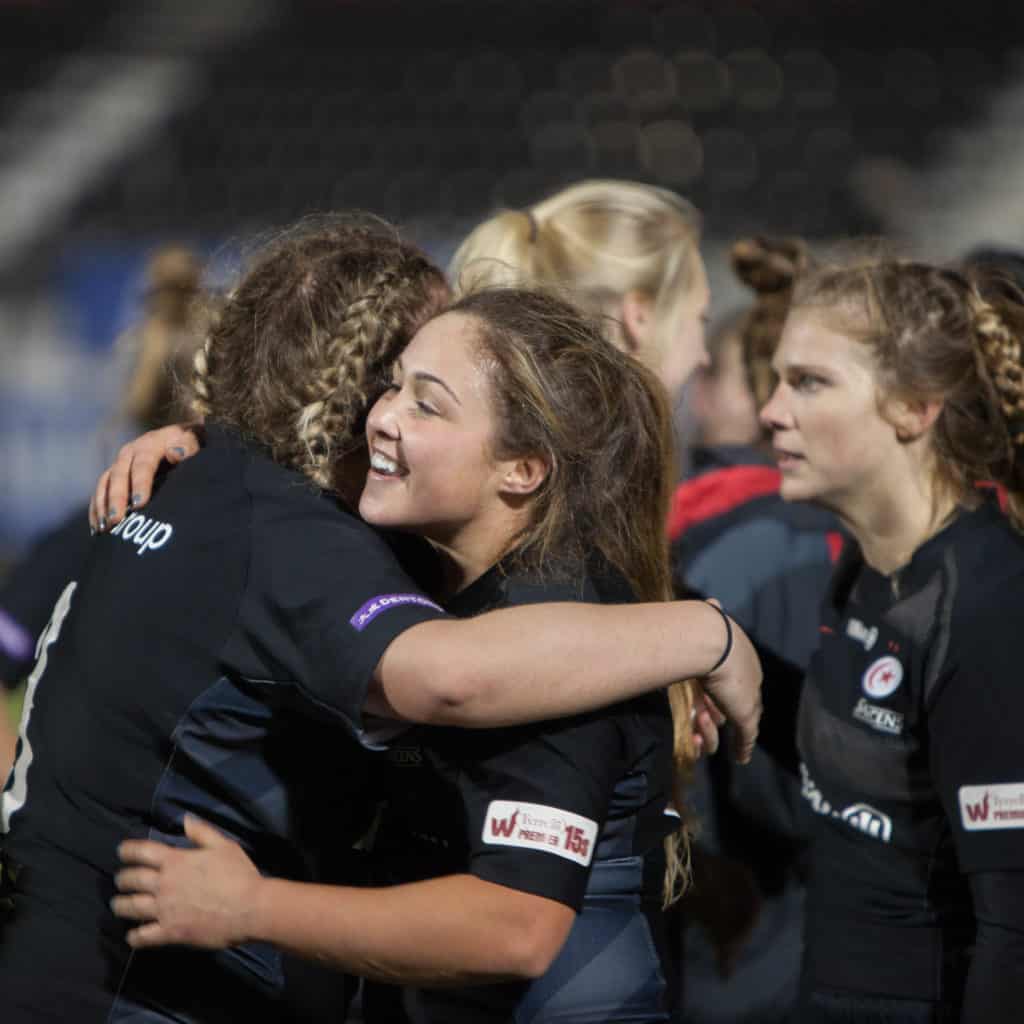